This ridiculously huge Bridle Path mansion will run you $23 million

This ridiculously huge Bridle Path mansion will run you $23 million

North York’s Bridle Path neighbourhood is like a free-range preserve for Toronto’s millionaires and billionaires, where the likes of Drake and Conrad Black can roam at will in tremendous mansions on multi-acre lots. The area’s homes are some of the largest and most expensive in the entire city, and they are difficult to sell. Lord Black had to settle for $5 million under his initial asking price when he cashed in on his estate, in a leaseback deal in 2016. Alex Shnaider, a Russian-Canadian steel magnate (and ill-fated Trump Tower investor), sold his mansion on High Point Road for nearly $7 million under his initial asking price, after it had spent about two years on the market.

The home, at 85 The Bridle Path, is listed with an asking price of $22,990,000. The chateau-style property is the work of luxury homebuilder Joe Brennan, who designed and custom-built it for the seller in the late 1980s. Inside, the home has about 15,000 square feet of living space, not including the finished basement. There are seven bedrooms, plus two more in a separate suite on top of the garage. The basement has a wine cellar large enough to hold more than 2,000 bottles, there’s a stone spiral staircase connecting the floors, and the attic is so spacious that the sellers installed a miniature ball hockey rink.

The property’s listing agents are Barry Cohen and Peter Torkan. “We are finding that about 70 per cent of the Bridle Path purchases come from foreign routes,” Cohen says. “These are not people who have necessarily migrated here to purchase a home, but they have relocated to Toronto within the past five years.” He’s focusing in particular on potential buyers from China and India.

Here’s a look inside.

According to the listing agents, the fireplace in the entry hall is a 15th-century antique that the owners imported from France: 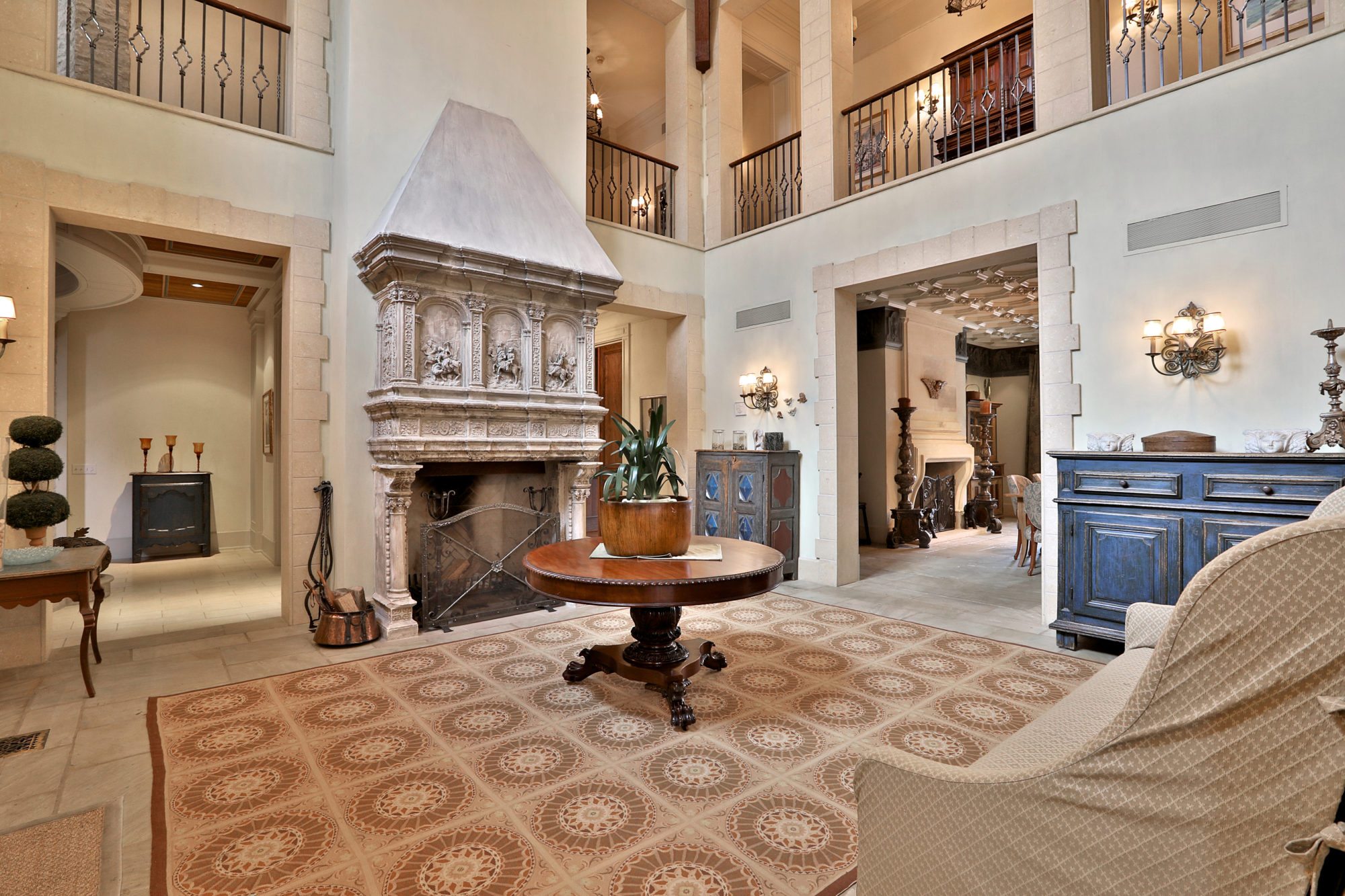 The spiral staircase is lined with stone, though the house itself is concrete: 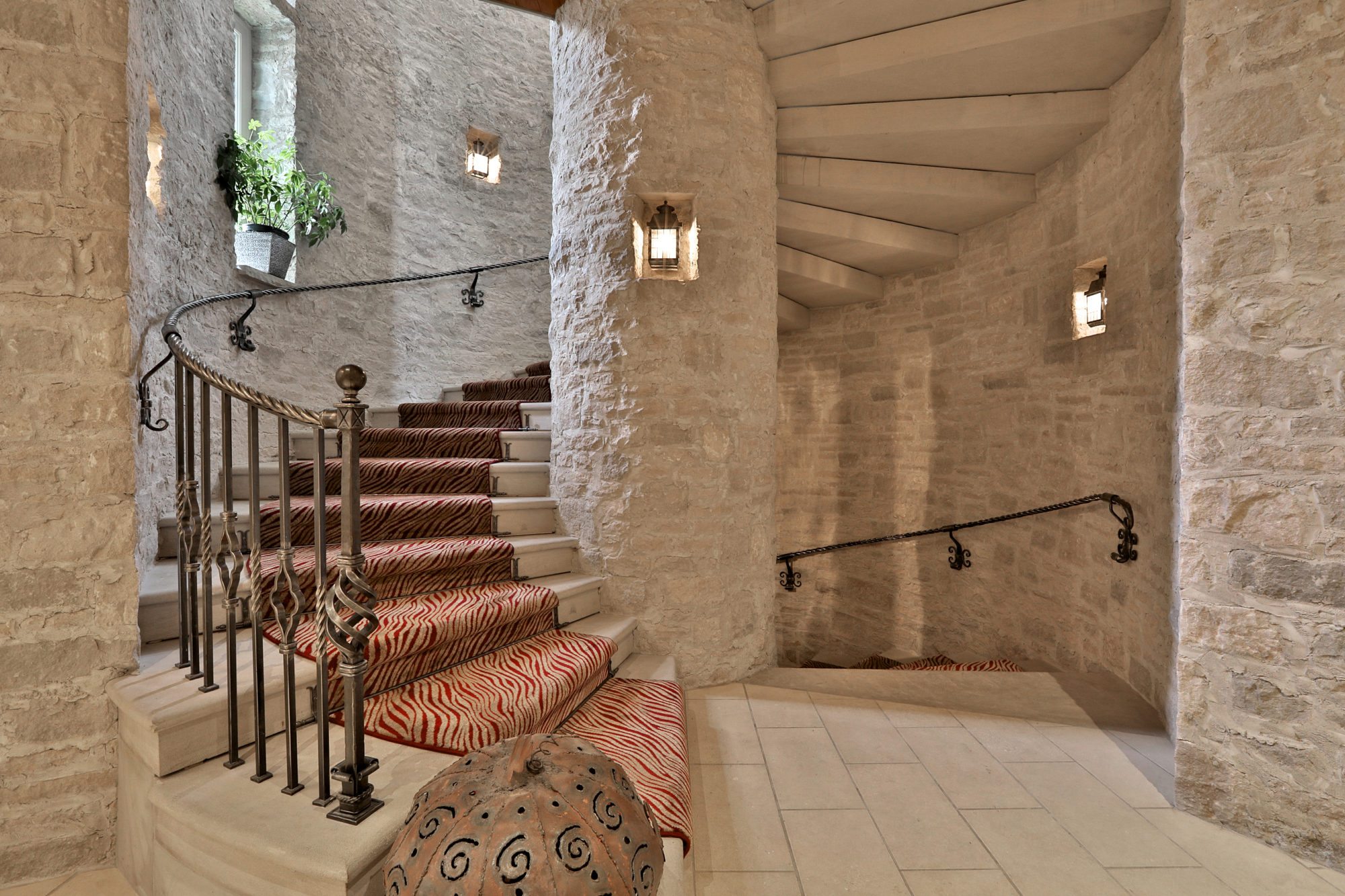 No home of this type would be complete without a wood-panelled study: 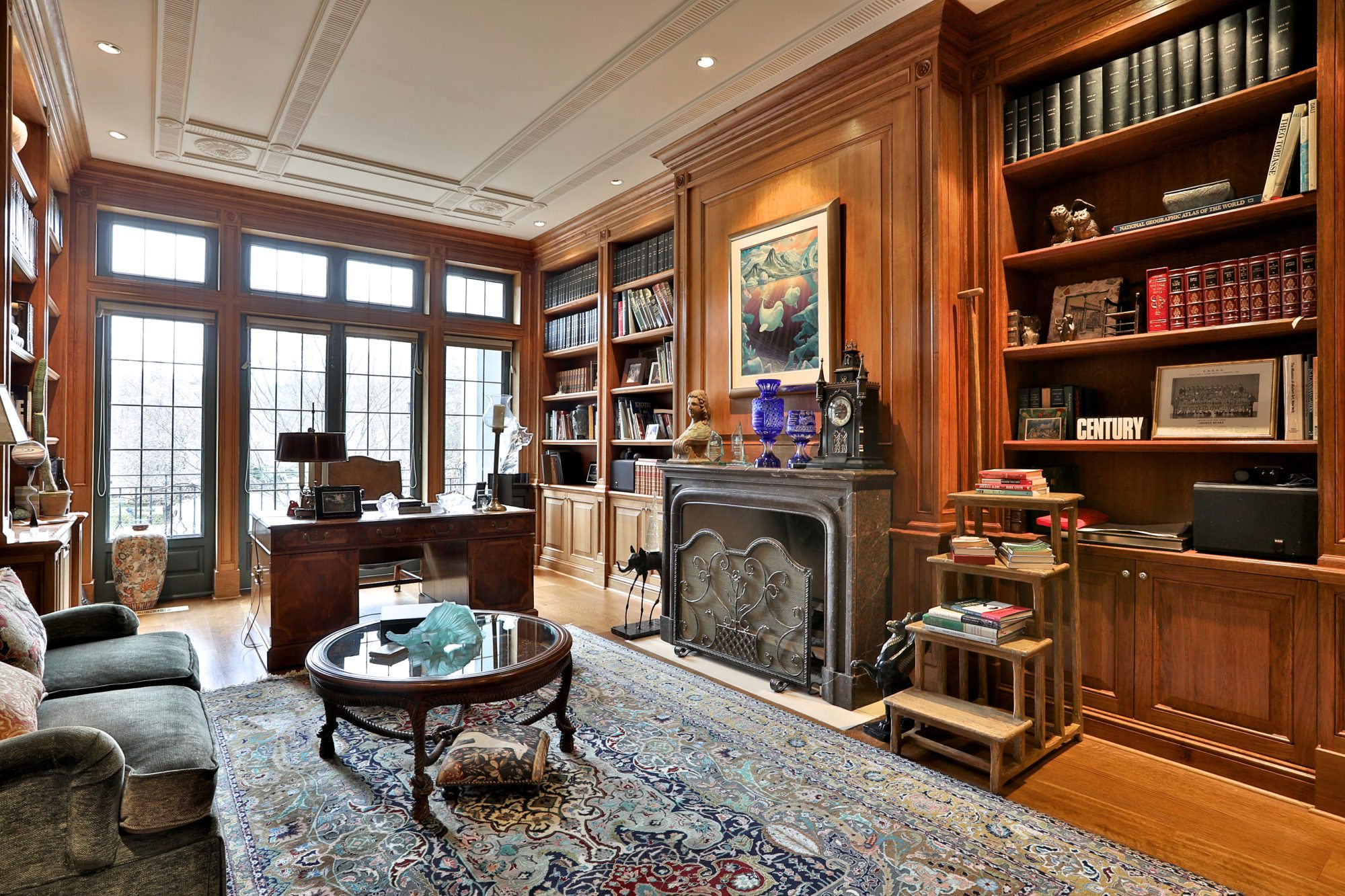 Some of the ceilings have elaborate plaster moulding: 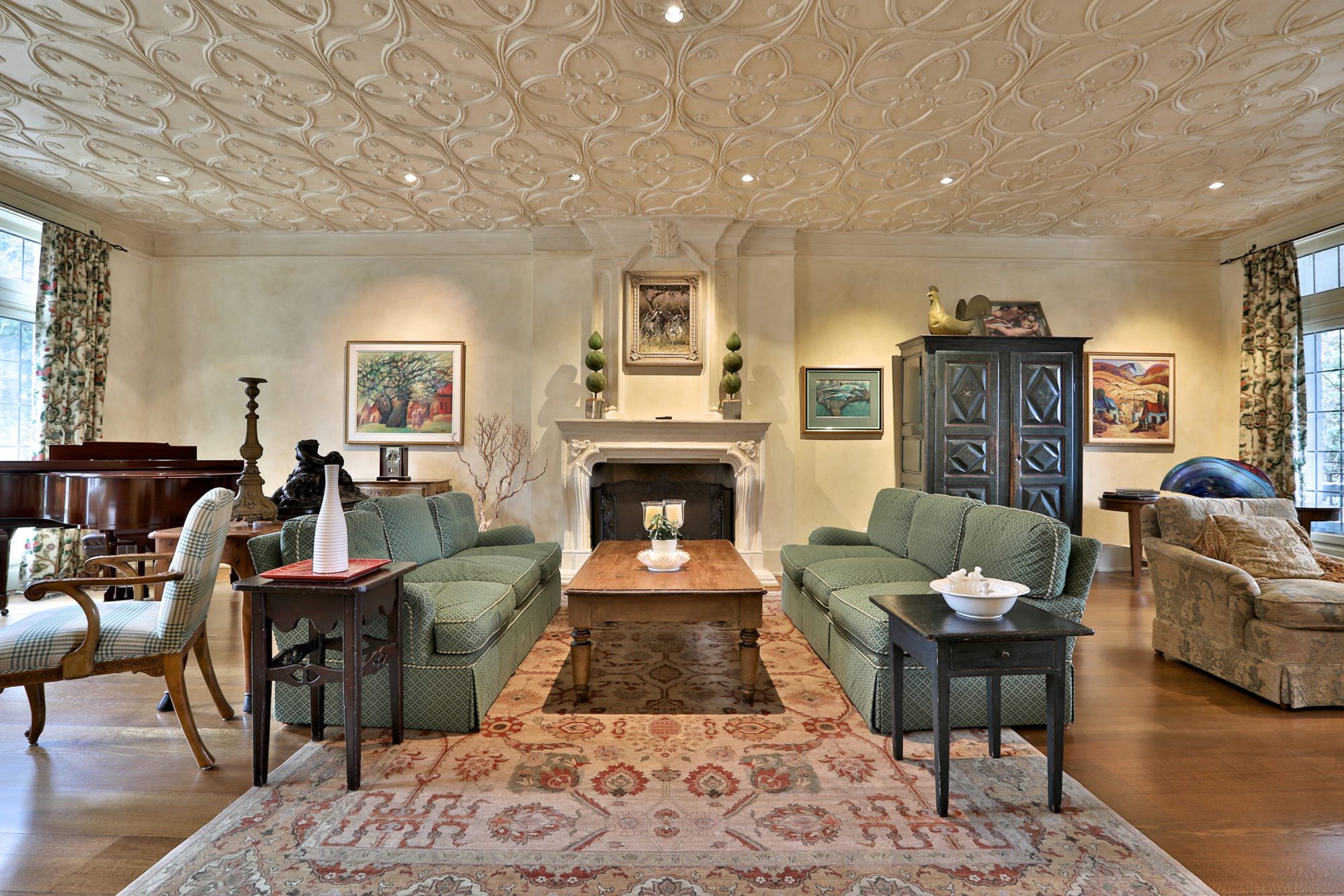 The dining room can seat about 15 guests: 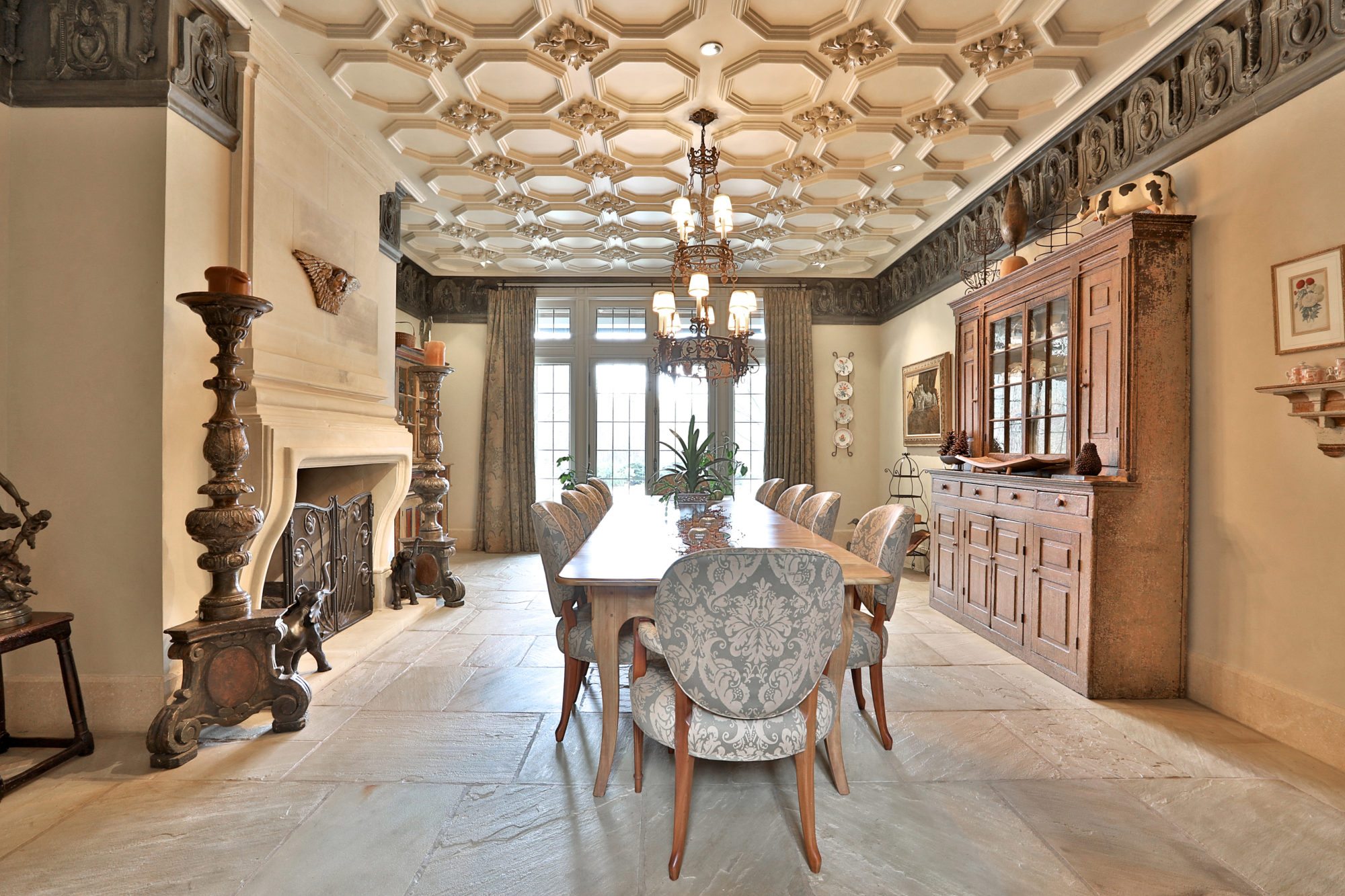 That statue seems like it’s taking up precious counter space, but there’s plenty to go around: 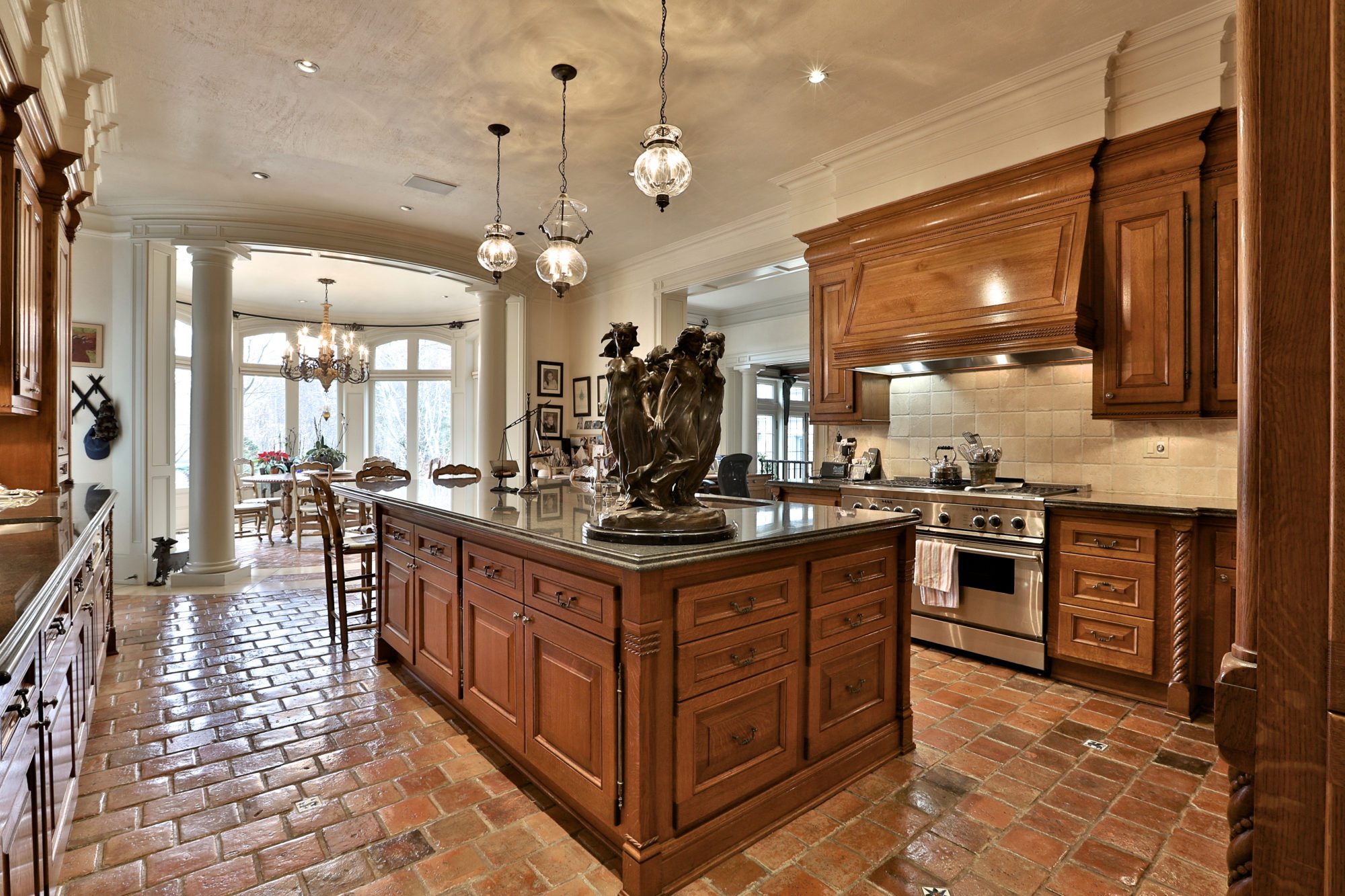 The breakfast area is in a rotunda, with terra cotta flooring: 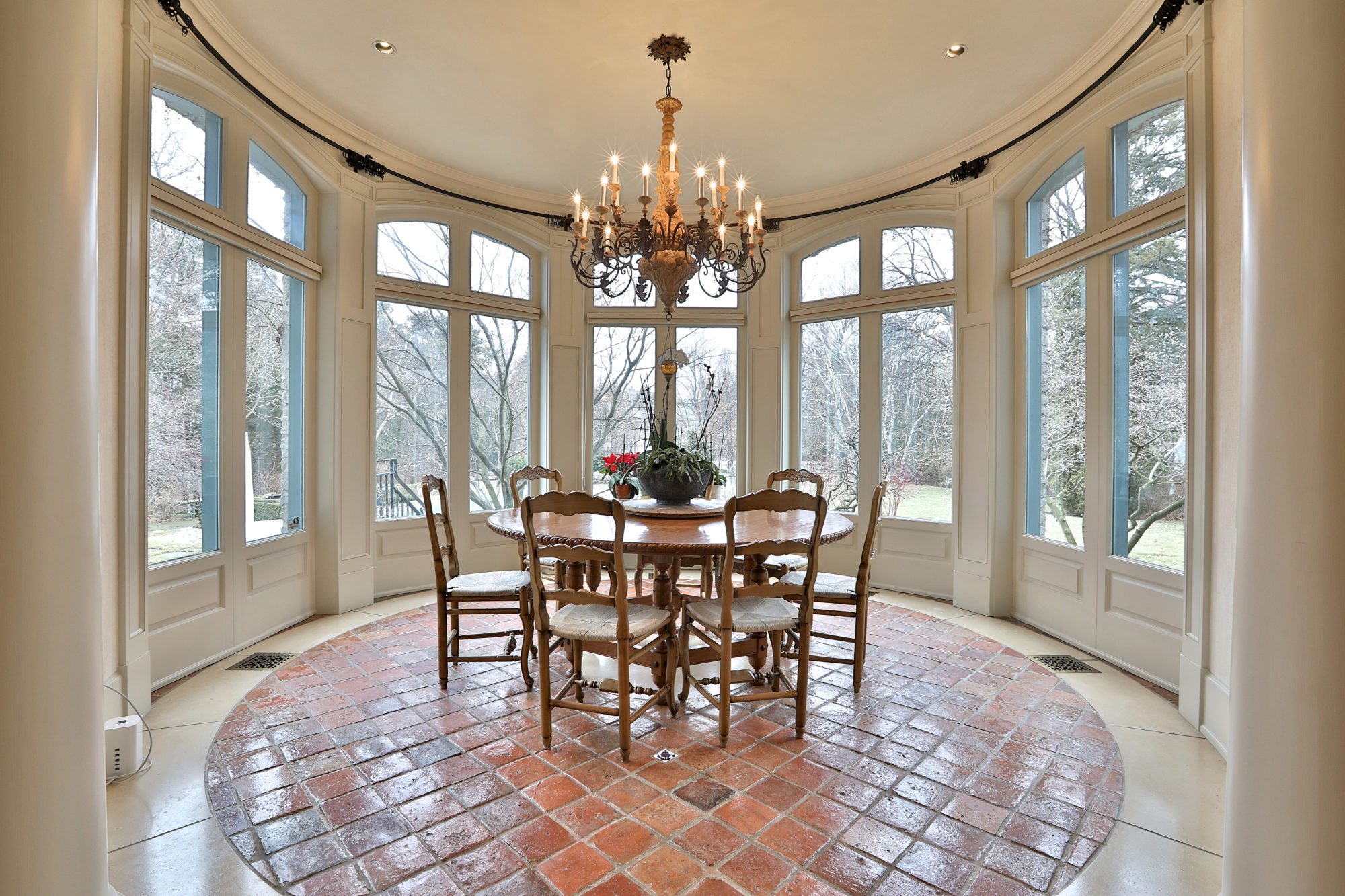 The family room has a wood-panelled ceiling: 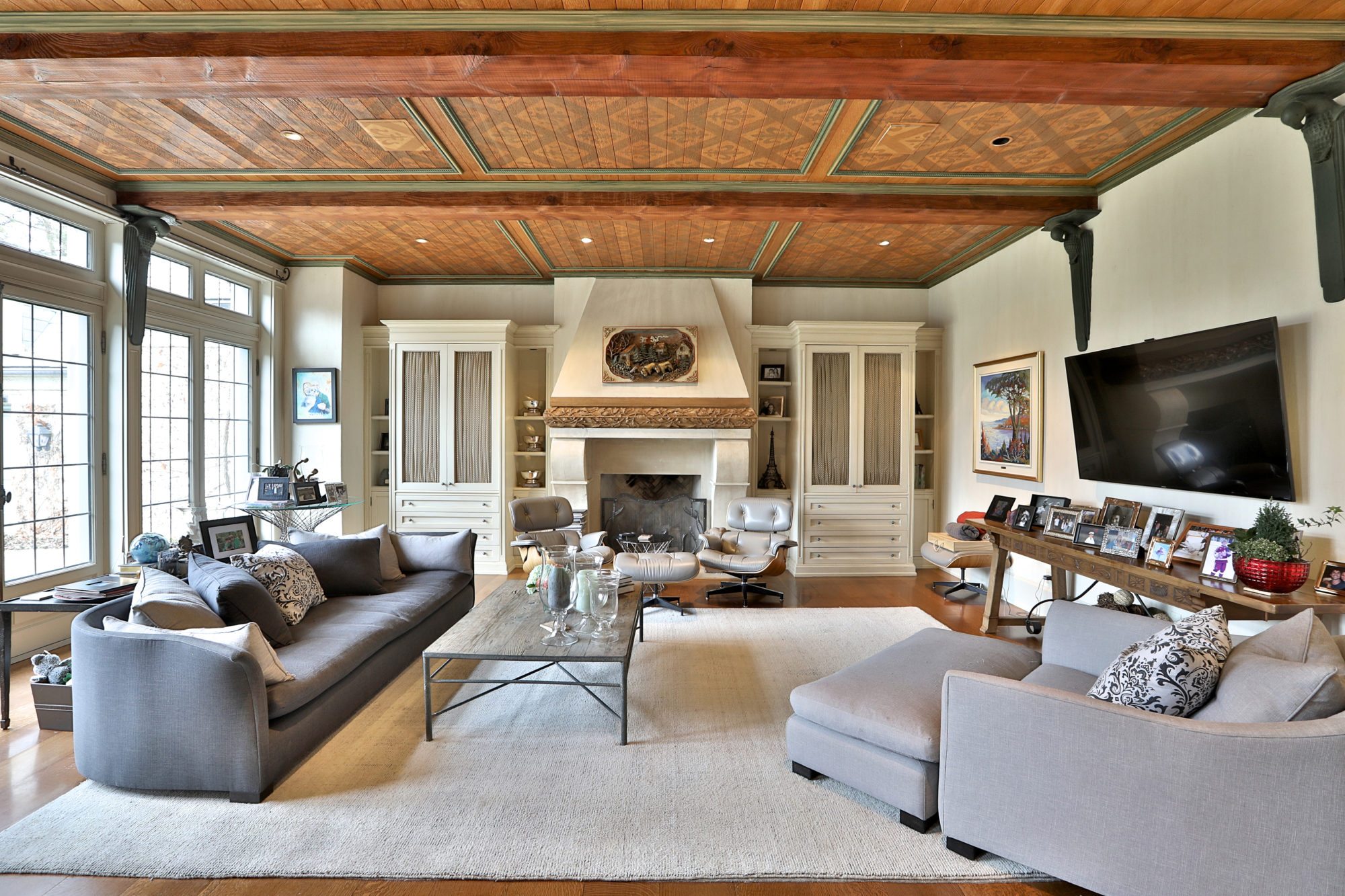 The master bedroom has a sitting area with a domed ceiling. The windows have a view of the backyard: 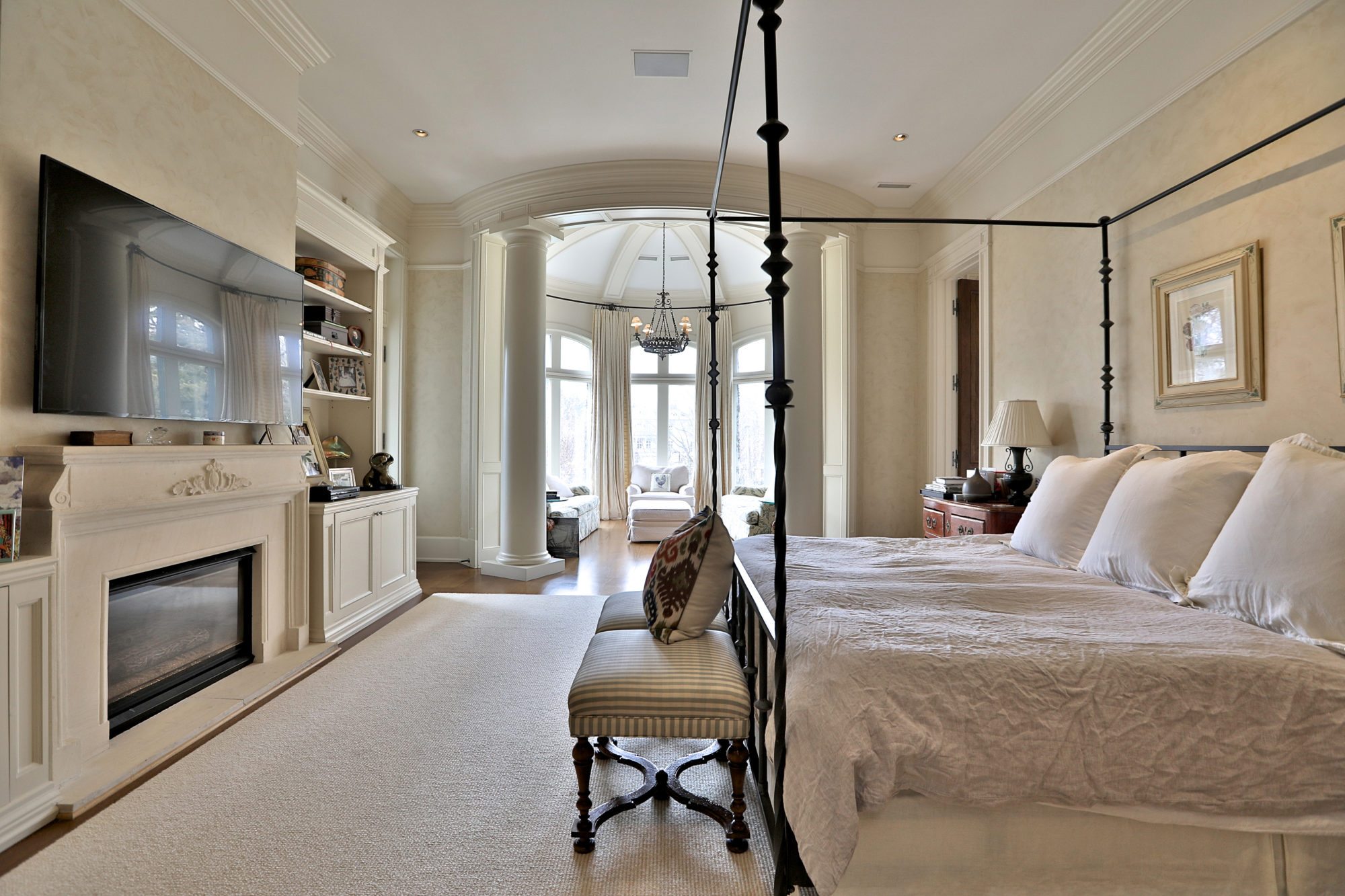 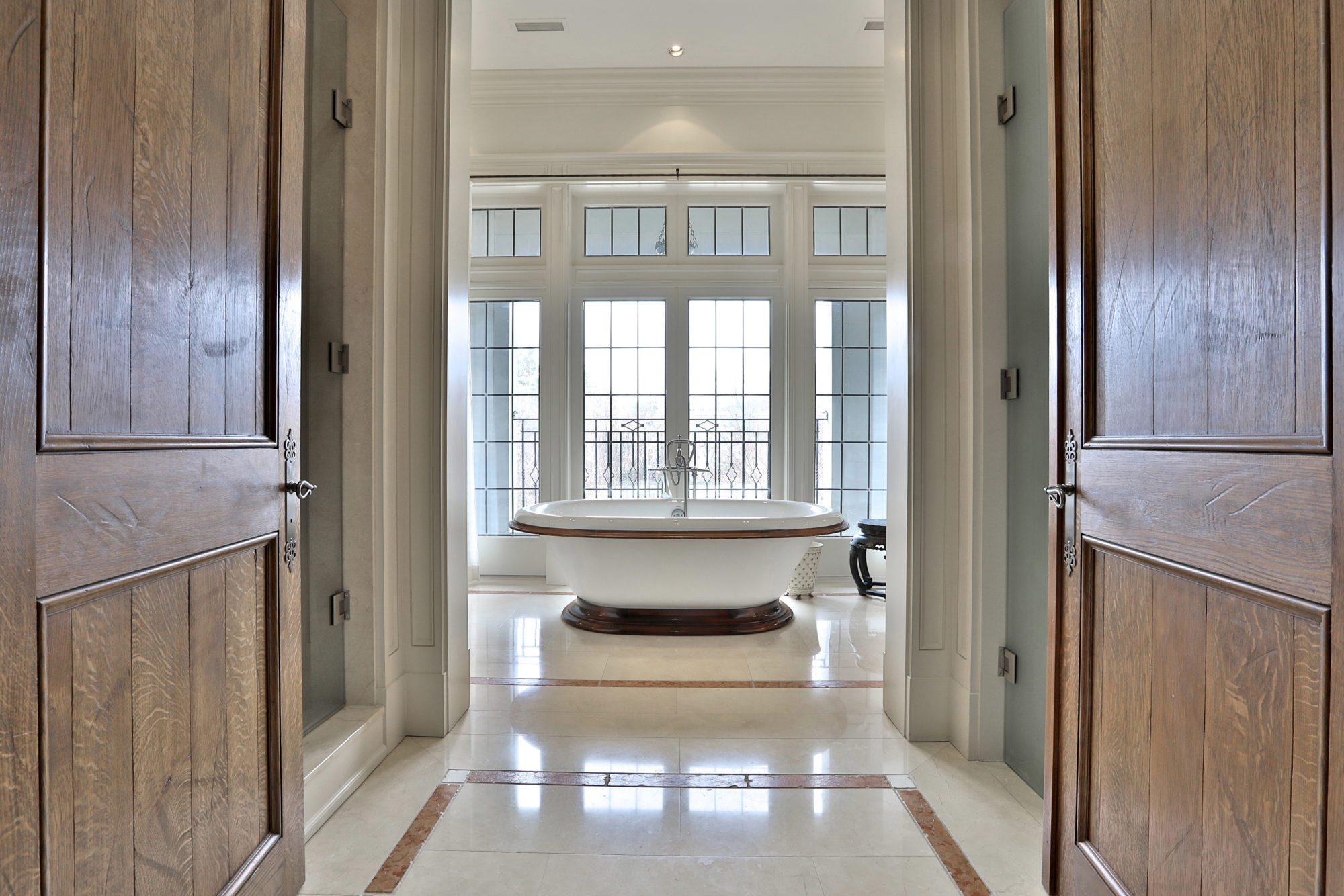 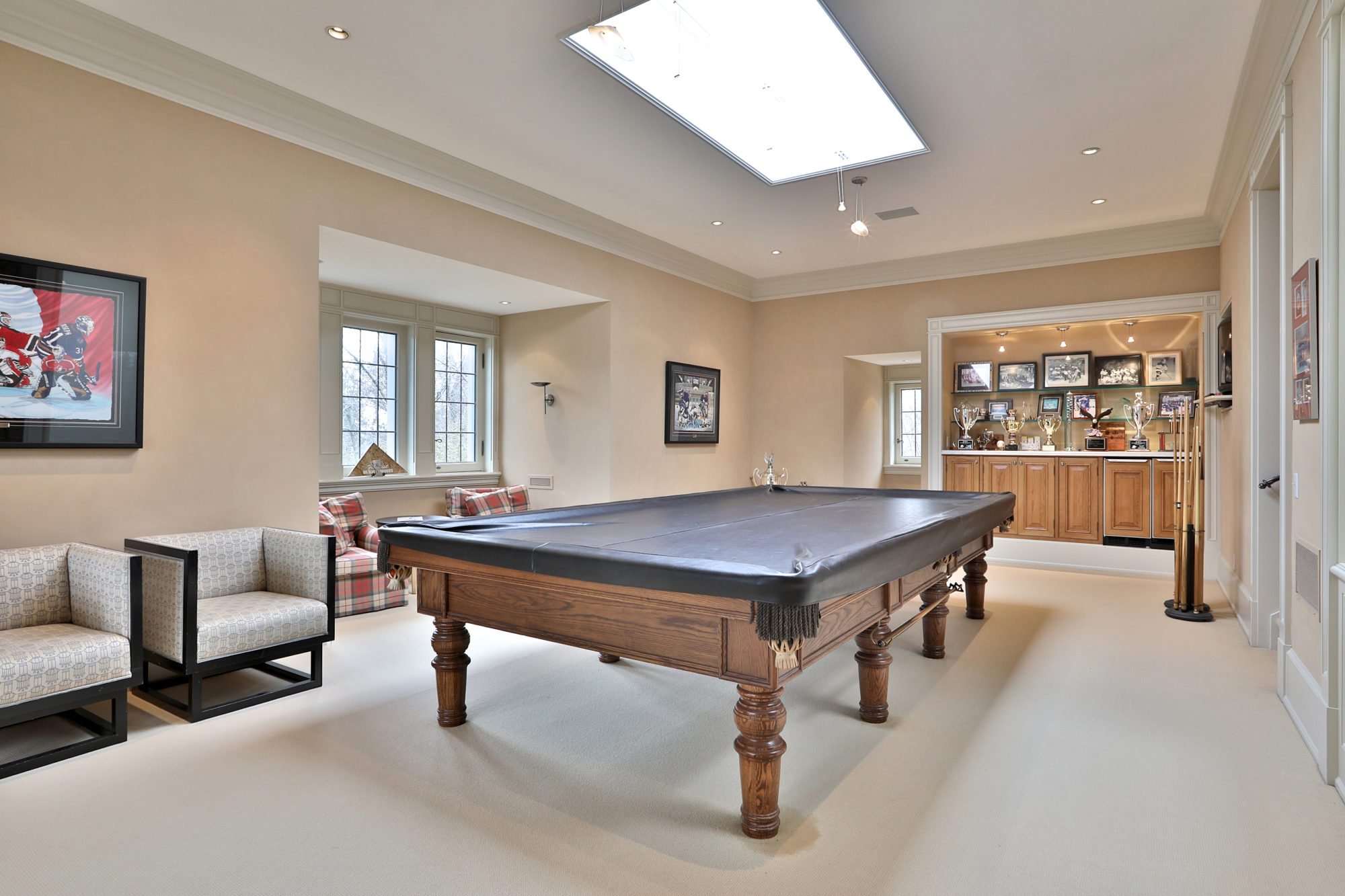 And there’s a mini hockey rink in the attic, because why not? 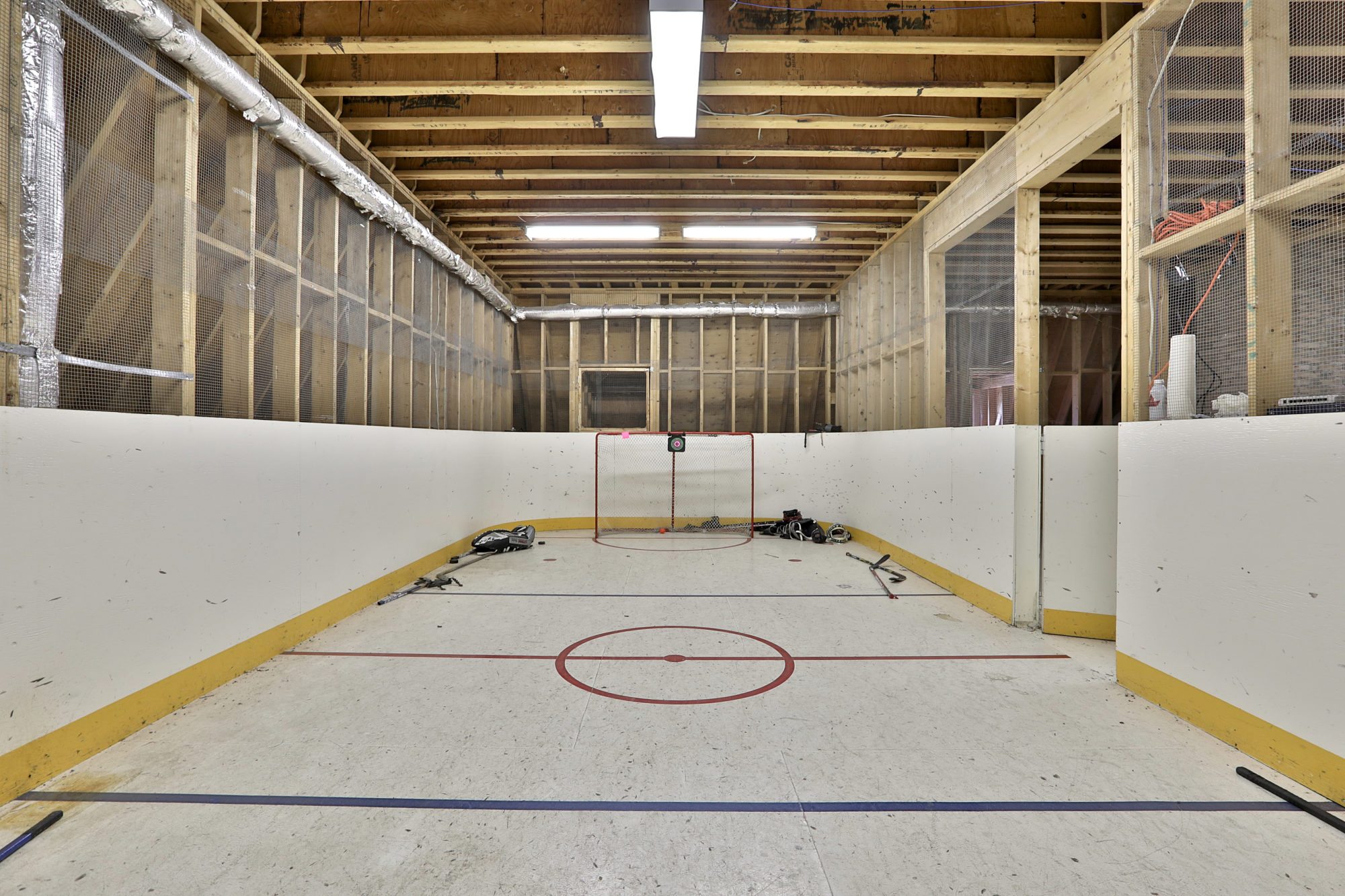 The wine cellar can hold more than 2,000 bottles: 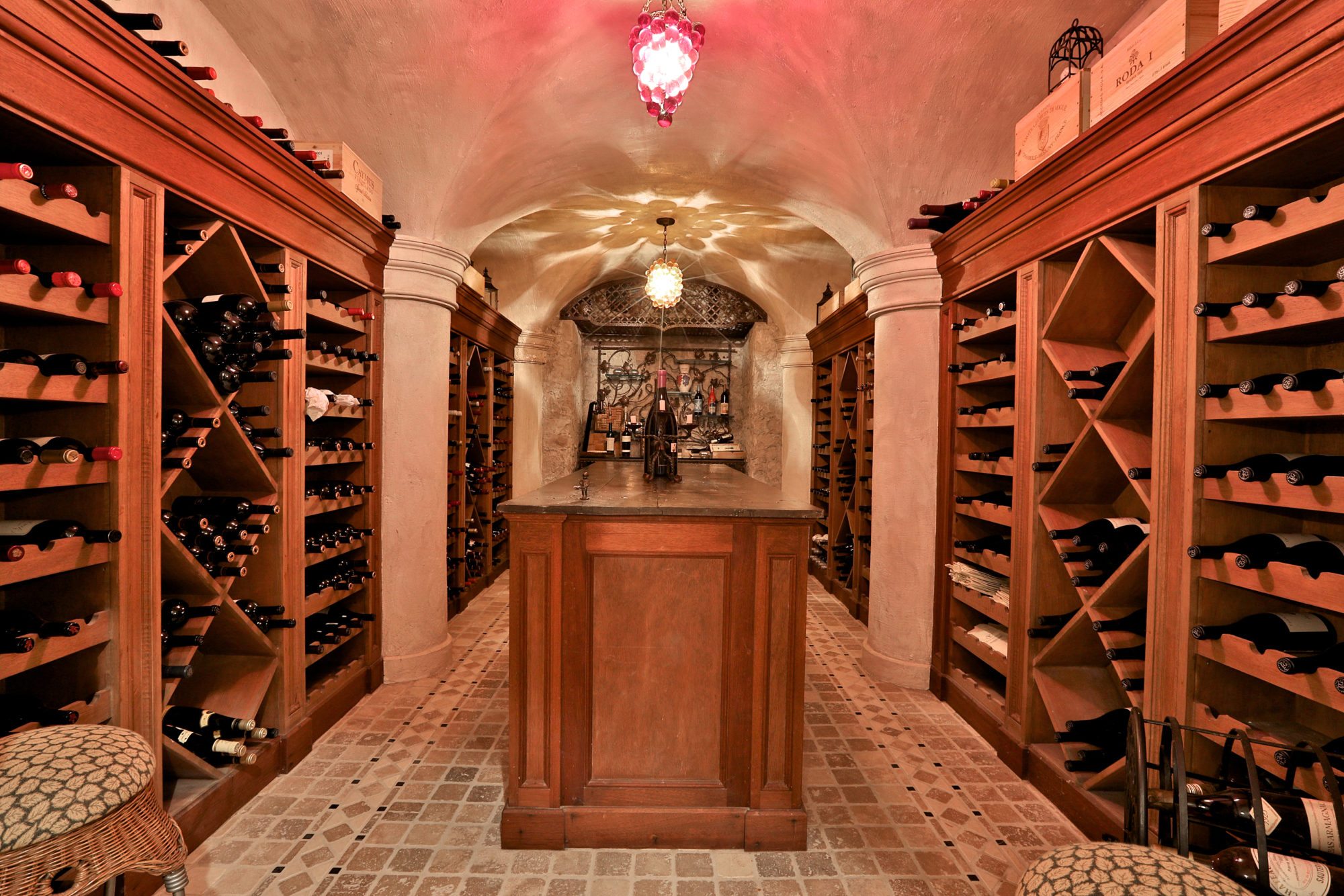