Ashleigh Cranston, born and raised in Toronto, met her American sweetheart, Jenn Johnson, 12 years ago. Ashleigh was 23 at the time, and working in HR in Boston. Jenn, who was 28, worked for PwC, the international accounting firm, making it relatively easy for her to arrange a transfer to Toronto. She sold her house in Boston in early 2008 for $357,500 (U.S.), and then the couple rented a condo on King West for $2,300 a month. Their house hunt began just as Canada’s property market was succumbing to the recession.

They found a three-bedroom semi in Leslieville, listed at $499,000, but were nervous about shelling out for a property that might plummet in value. When the sellers dropped the asking price, Jenn and Ashleigh saw it as a sign and bought the place for $470,000. Soon after, Toronto’s housing market roared back to life.

When their twin girls were born in 2011, they set their sights on Maurice Cody Junior Public School. The catchment area was pricy Davisville Village, but Jenn had been promoted to partner, so they could afford it, even with Ashleigh staying home to take care of the kids. They offered some empty nesters $1 million for their three-bedroom fixer-upper and got it for that price.

By 2015, they were expecting a baby boy and needed more space. Only two years had passed since their purchase, but their property’s value had increased dramatically. Rather than renovate, they sold their place and bought a nearby new-build. Hastings Avenue (near Dundas and Leslie)
Purchased for $470,000 in 2009
Sold for $690,500 in 2013
They lucked out by landing this semi at a relative low point for Toronto’s housing market. They liked being able to walk to restaurants, but the house wasn’t practical for a growing family. Manor Road East (near Mount Pleasant and Davisville)
Purchased for $2,230,000 in 2016
Estimated value $2,600,000 in 2017
Their current house came with a huge open-concept kitchen, a garage and five bathrooms. There’s a bedroom for every kid, and the backyard is stocked with mature evergreens.

Ashleigh and Jenn didn’t let a global recession scare them away from buying in. With the proceeds, they were able to give each of their kids a private bedroom. 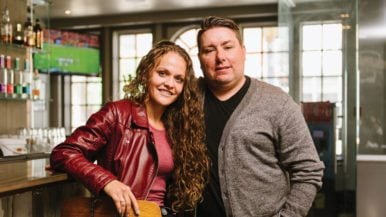 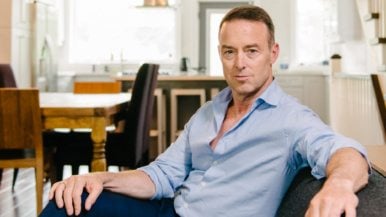 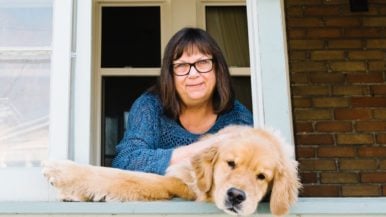