When Michael Krus, the design lead at Tact, bought his home on Galley Avenue in 2001, Roncey was hardly a real estate hot spot. At the time, it was simply the furthest he and his wife were willing to move from the downtown core. With a relatively expansive 20-foot width and 1,600 square feet comprising two and a half storeys, the house had decent dimensions, allowing for two good-sized bedrooms in the back. Even so, the traditional layout, a warren of dark, claustrophobic rooms, didn’t capitalize on the space. Krus and his team began gutting the property to bring in light and open everything up. Busy structural pillars were replaced by sturdy steel ceiling beams, and a picture window was added to the south-facing back wall to let sunlight into the compact, tidy kitchen. Ductwork now hides inside vertical cabinets and flanks built-in shelves. “The house had no closets,” says Krus, “so storage became part of the design process.” Walnut millwork provides a clean aesthetic through-line. His advice to fellow homeowners? “If you’re going to gut 60 per cent of a space, just do the whole thing at once.”

The vintage wood-burning stove in the renovated attic has been retrofitted for natural gas: 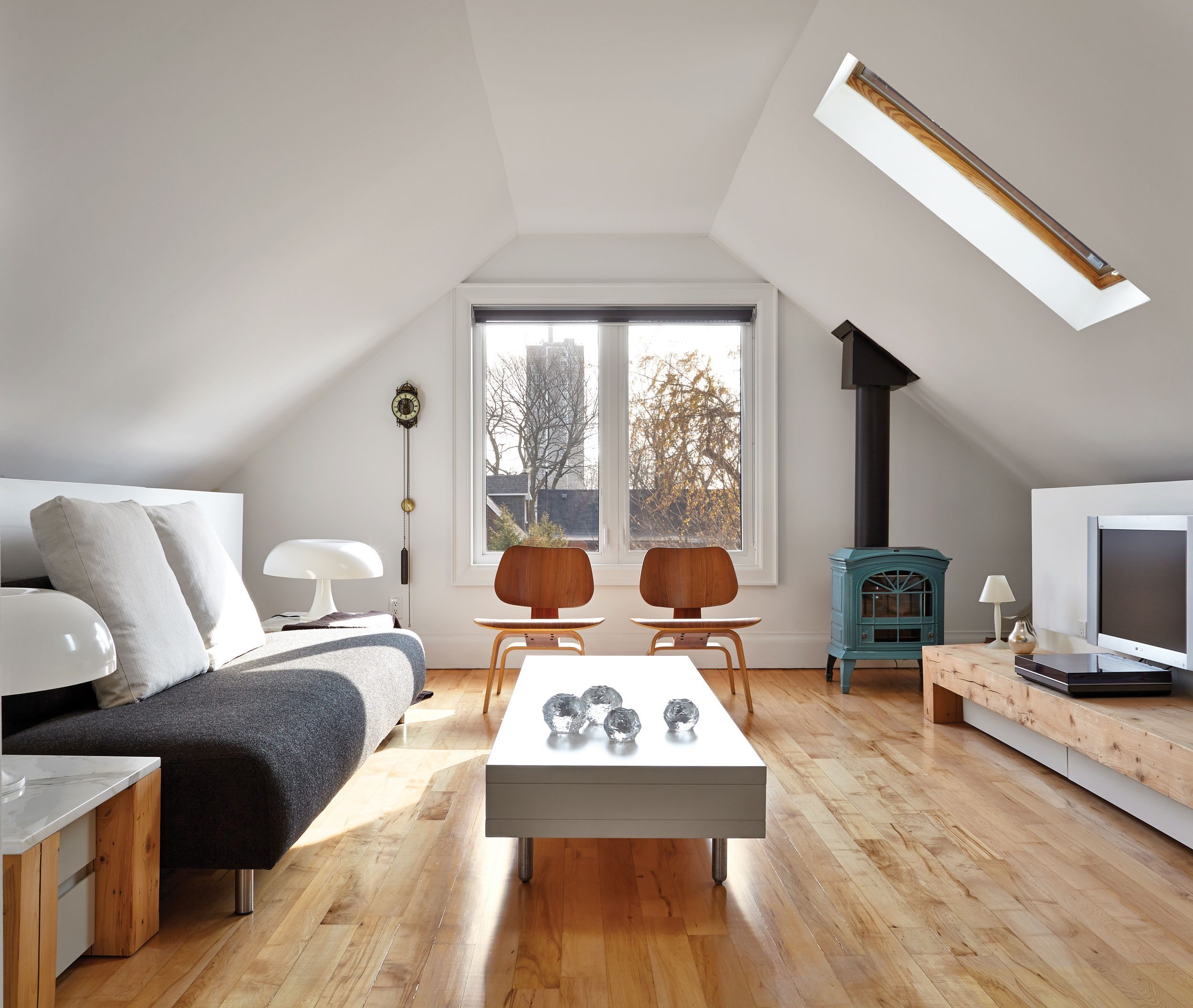 Krus built out this wall to conceal ductwork and avoid unsightly bump-outs. The walnut bookshelf is partly recessed between two columns for plumbing and electricity: 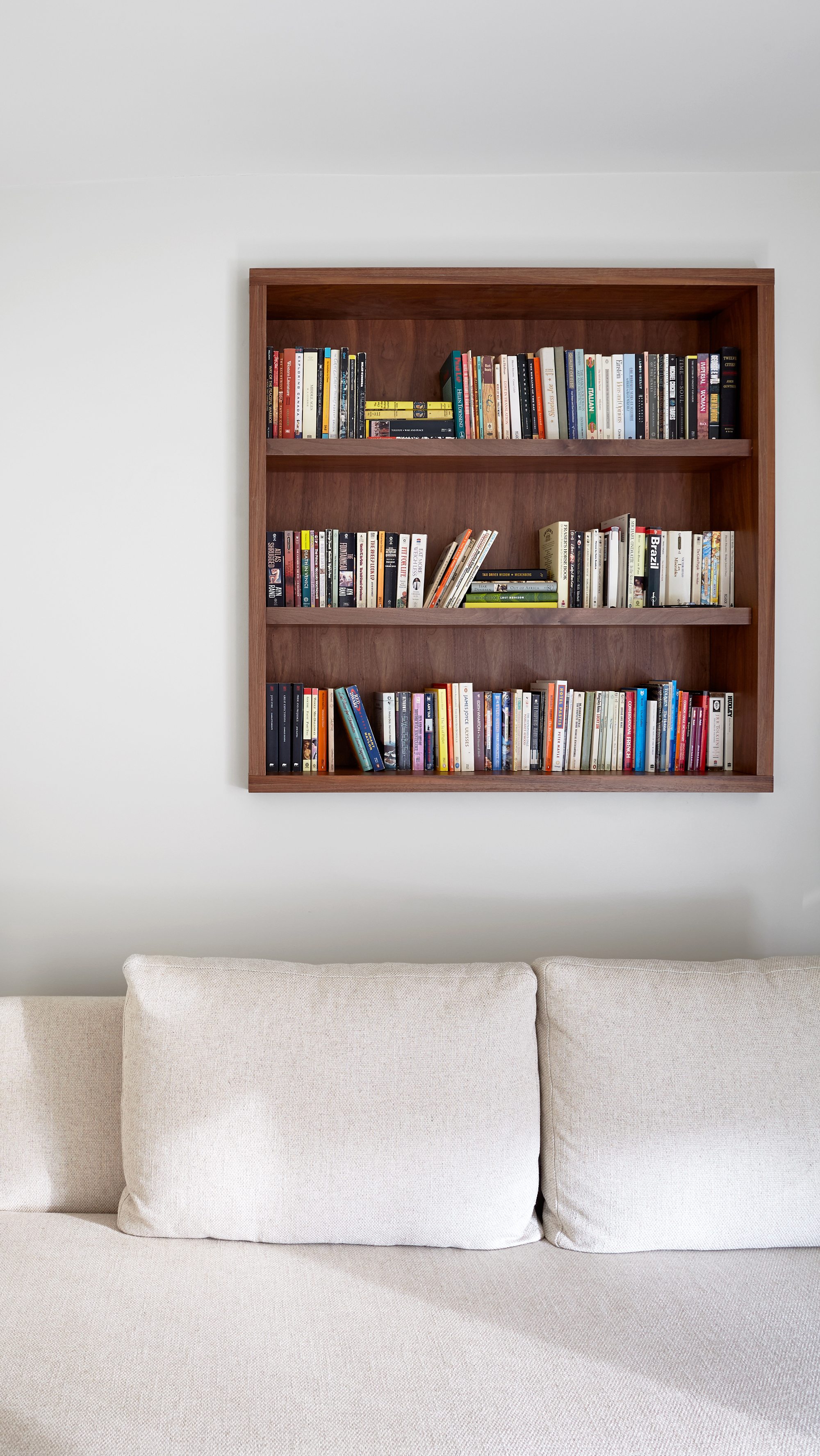 The Algonquin limestone floors are heated and were chosen for their hardiness—the tough surface wears well: 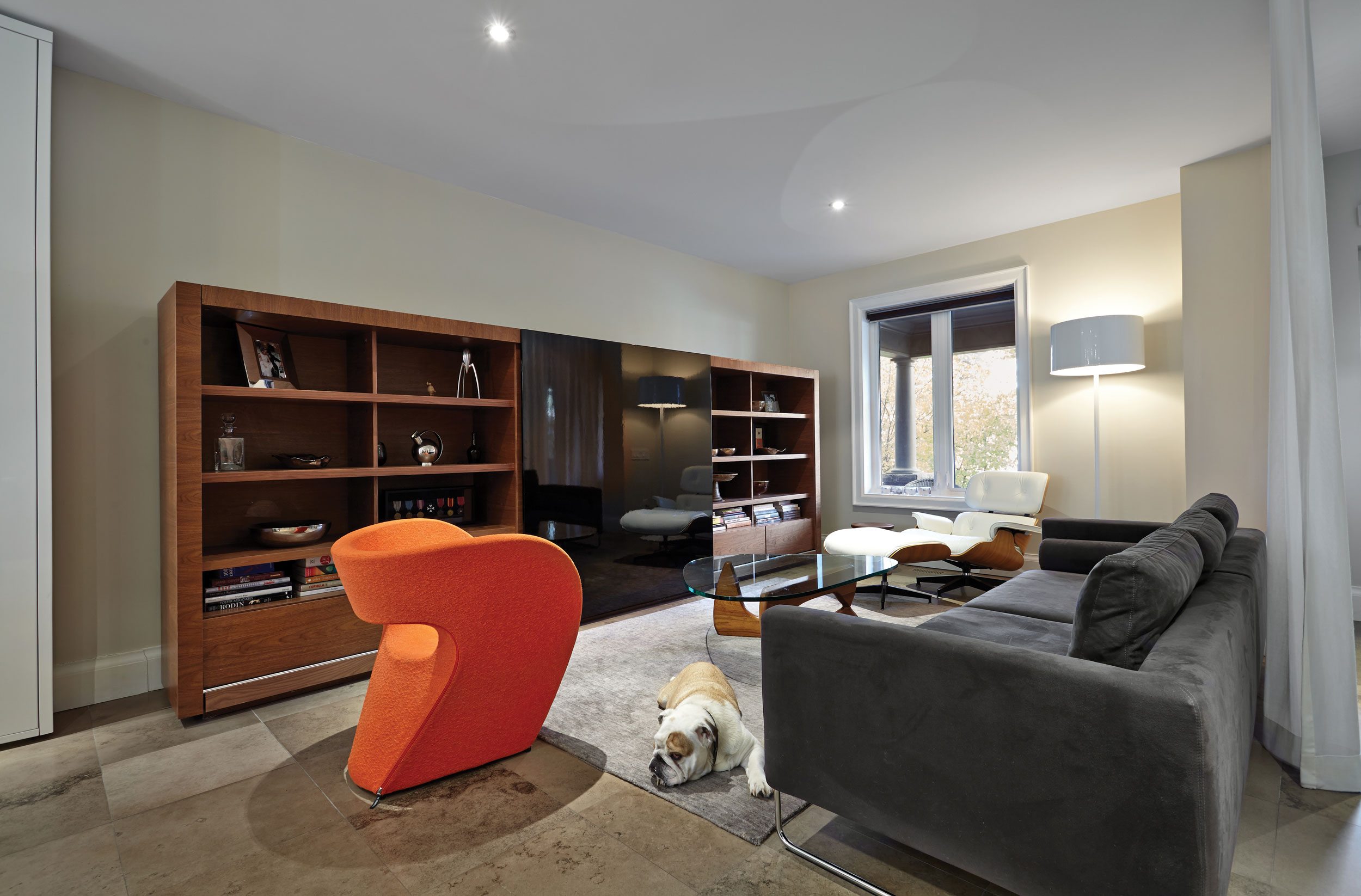 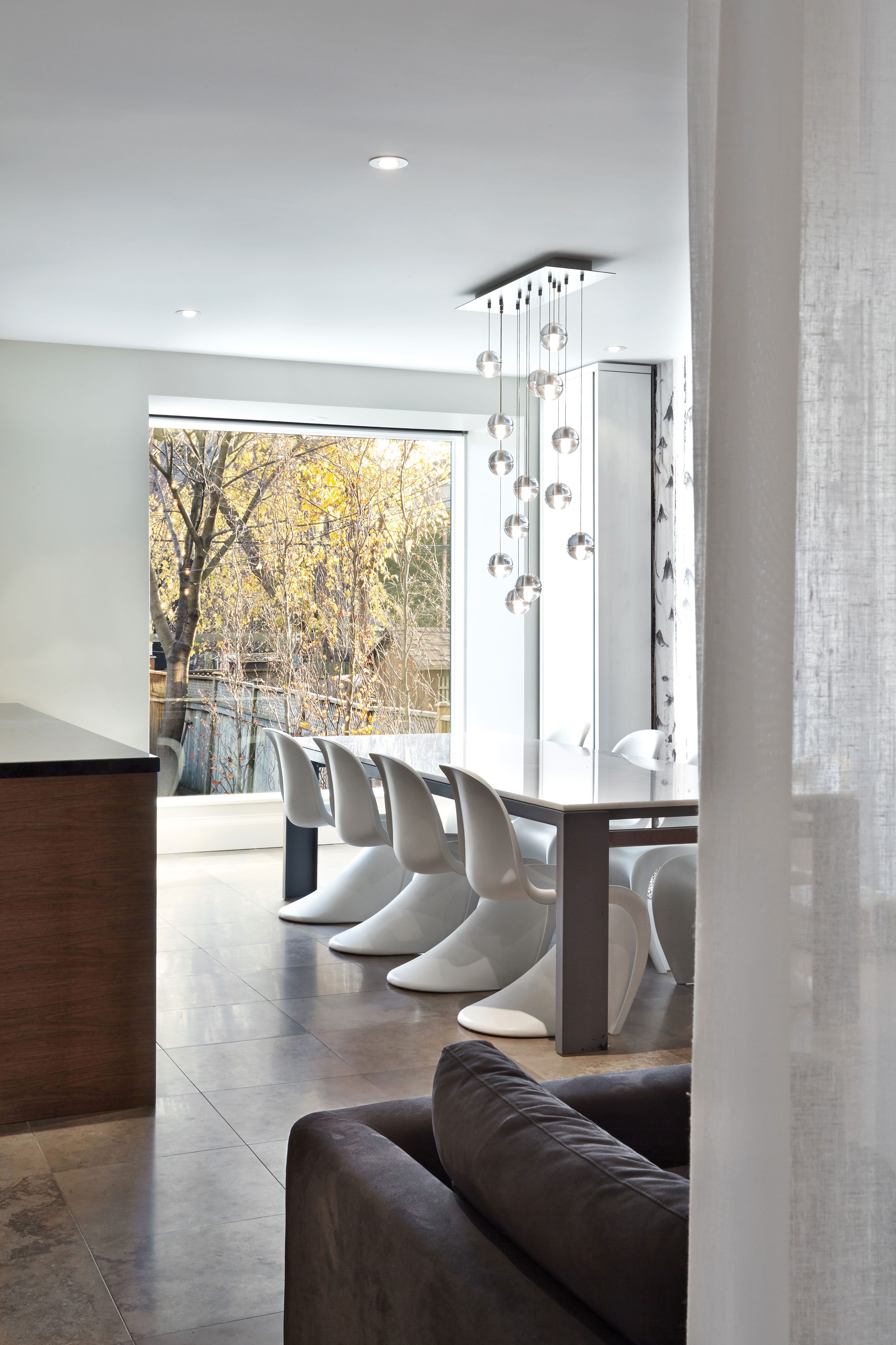 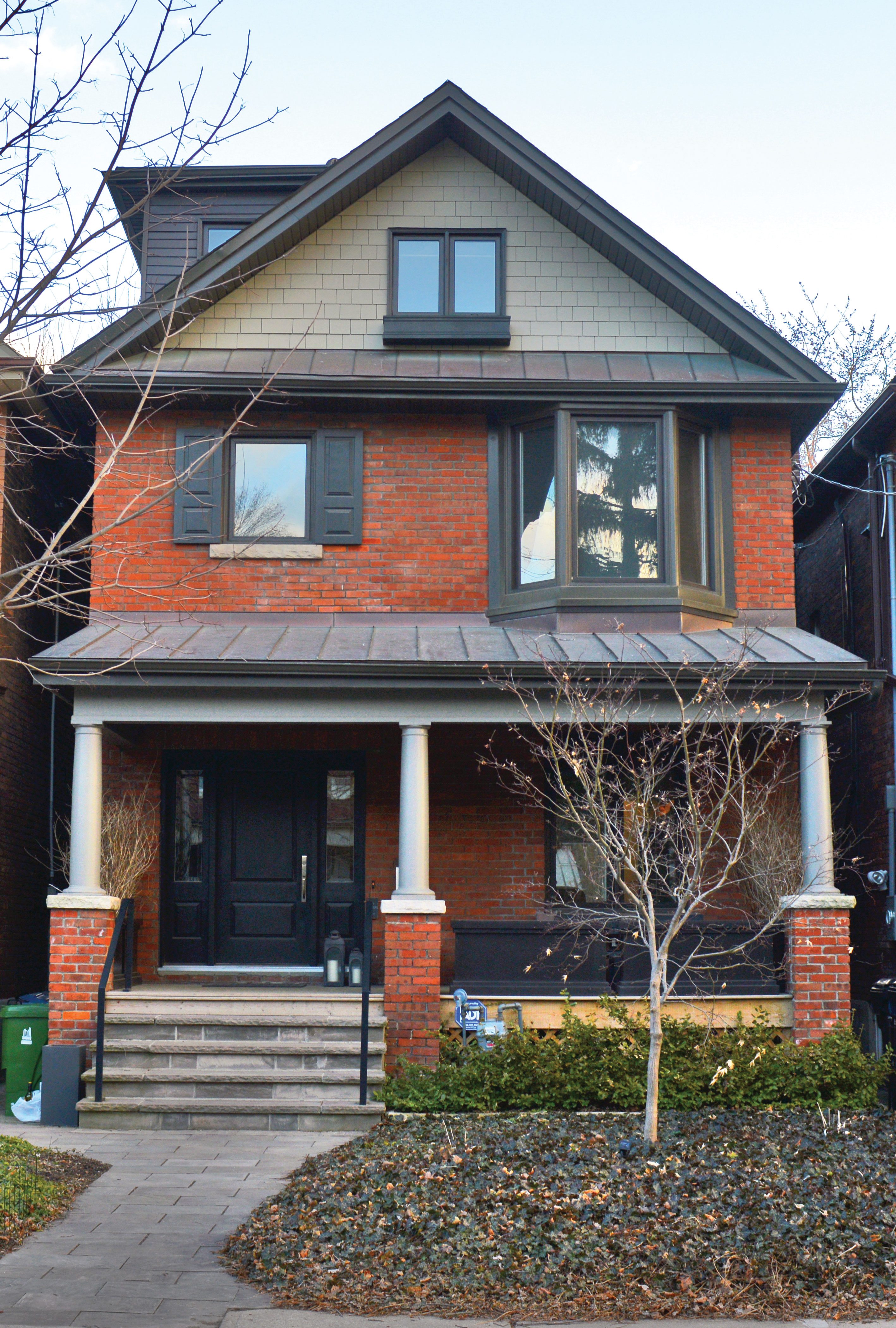 And here are the before shots:

A man leaving the building freaked out at me and my beagle. What should I do if I run into him again?