The St. Regis Hotel, renowned for its tradition of innovation and impeccable service since 1904, has extended its rich lineage to a highly desirable address in Toronto—the coveted corner of Bay and Adelaide.

Standing proudly amidst Toronto’s sleek skyline, the St. Regis will be a place where expectations are far exceeded. Where every element manages to reveal something exquisite. Where glorious amenities, post-card worthy views, anticipatory Butler Service, and meticulous attention to detail are the standard. Still in the early of stages of a colossal redesign, including the lobby, commons areas, bars and restaurants, the St. Regis Residences Toronto and its seventy-four prestigious suites will become a timelessly elegant world beyond every possibility. 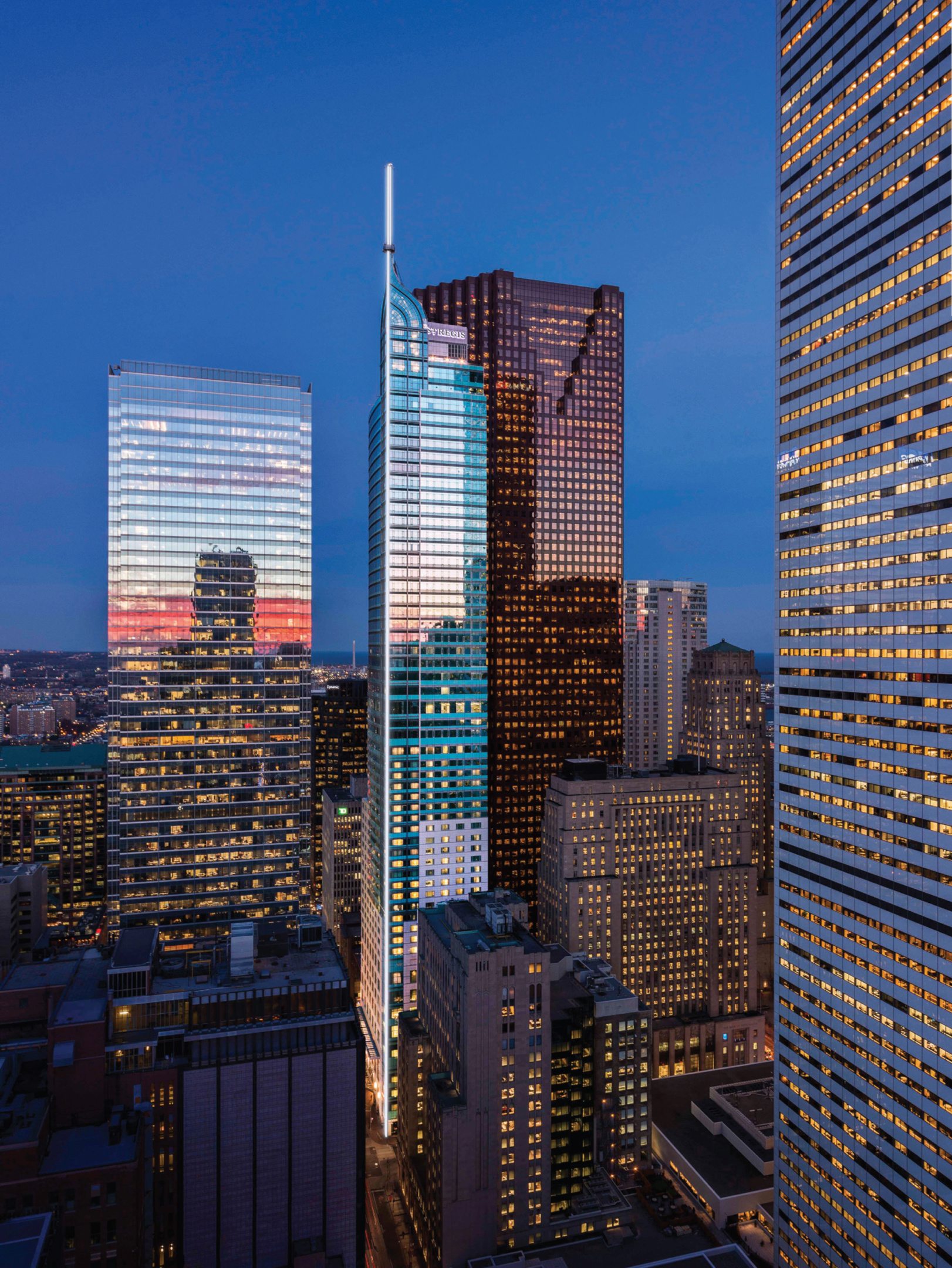 Founded by John Jacob Astor IV in 1904, the St. Regis was a place to pursue his passions in the company of New York City’s luminaries. His dream evolved to become an ensemble of the world’s most iconic hotels. More than a century later, the St. Regis brand continued its ubiquitous discoveries, becoming a purveyor of the finest resurgences at the choicest addresses around the world. Every St. Regis celebrates its location with warm hospitality, brilliant architecture and impeccable cuisine while upholding the highest standard of sustainability. And it will be no different here in Toronto. Edited to suit its cosmopolitan address, St. Regis Residences Toronto will create an escape from the confines of formality, offering guests and residents a series of moments that unfold with ease amidst an elegant setting.

At the helm of their inception, each of the beautiful St. Regis residences will be crafted for those with highest of standards and most discerning palates. Designed with heightened detail and the finest selections of custom materials sourced world-wide, each suite will exude opulence. And the Residences’ thoughtfully conceived amenities, including a saltwater pool, polished spa and perfectly-equipped fitness studio, are bound to be equally captivating and enduring. 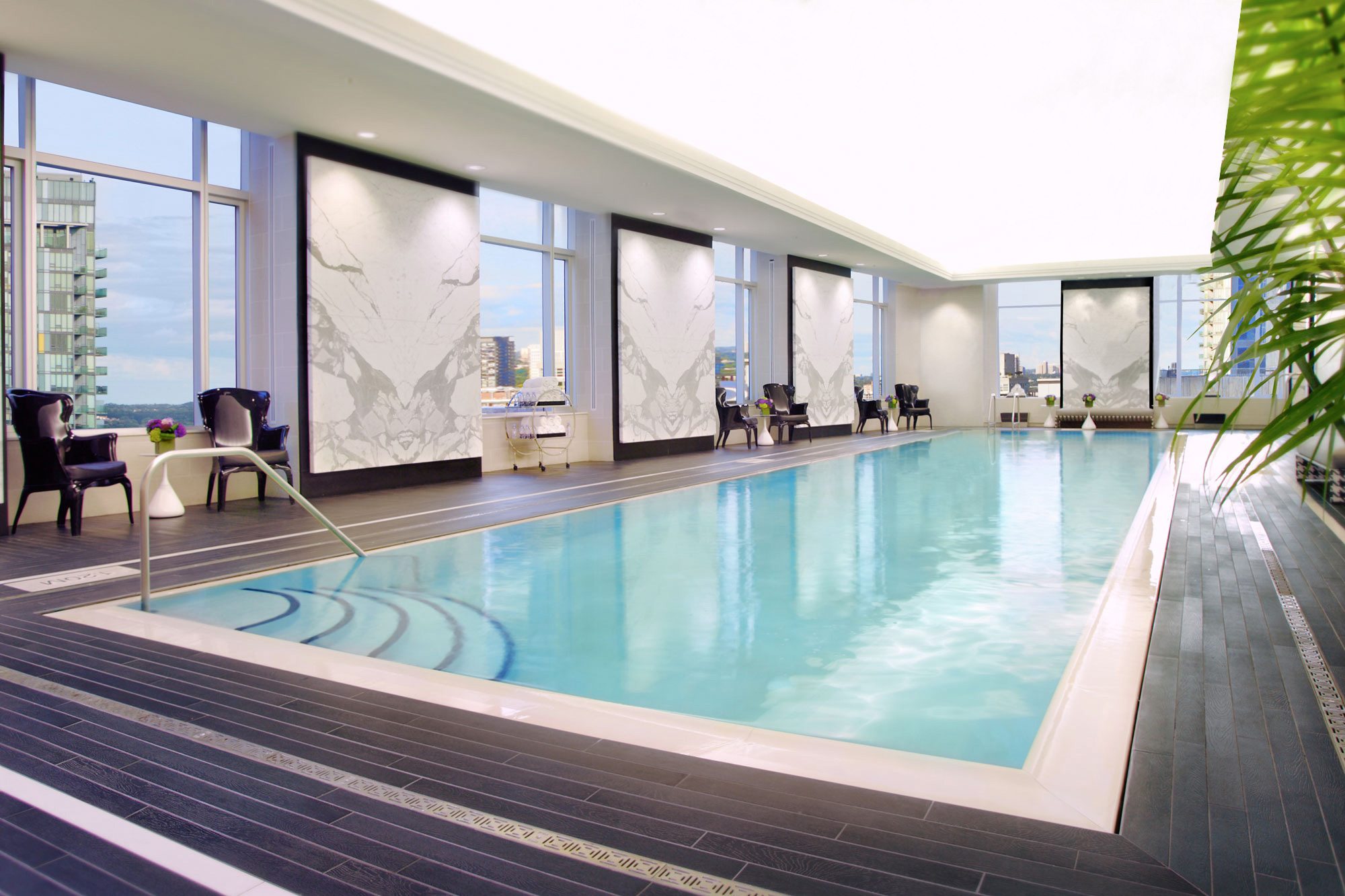 Designed by Toronto’s acclaimed Zeidler Partnership Architects, with its striking modernist articulation and intelligent planning, the St. Regis Residences Toronto magnifies the area in which it sits. Its exterior, an angular silhouette clad in reflective windows and reinforced steel frames, emphasizes the singularity of the glazed structure. The existing façade in conjunction with a sweeping interior redesign will take the structure to a whole new level of luxury.

But exterior and interior designs are not to be the only components that will make the St. Regis Residences Toronto undeniably exquisite; the customary St. Regis rituals will be at the heart of every stay. From the glamour of Afternoon Tea to the magic of Midnight Supper, St. Regis invites guests to live their legacy. The hotel will serve traditional Bloody Marys boasting an unparalleled depth of flavour. A Sunset Sabrage will celebrate special moments with a bottle of the finest Champagne. Afternoon Tea welcomes a time to slow down, reflect and savour every moment. And a Midnight Supper paired with sommelier-selected wines and complementary morsels encourages troubles to melt away while conversations stretch into the small hours of the night.

With elegance unmatched anywhere in the city and captivating family traditions at its heart, the St. Regis Residences Toronto celebrates a modern vanguard— the first of its kind in Toronto—a forward-thinking venture, destined to usher in a new golden age of luxury.