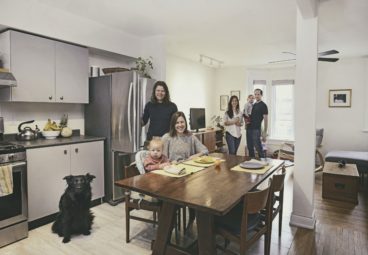 As Toronto real estate prices climb relentlessly skyward, some house hunters are pooling their resources to buy property together. Inside the sometimes fun, sometimes fractious, inherently complicated world of co-ownership

As Toronto real estate prices climb relentlessly skyward, some house hunters are pooling their resources to buy property together. Inside the sometimes fun, sometimes fractious, inherently complicated world of co-ownership

THE DECISION: Bronwyn Whyte, her partner, Lindsey White, and their friends Mike Lovas and Mandy Wintink had lived together in various configurations while studying at Dalhousie University, and they wanted to reunite in a shared rental in Toronto. When a real estate agent suggested they pool their money and buy together instead, they hesitated. Co-buying was a risky proposition. Bronwyn, an avid cook, was loath to share her kitchen. And none of them were sure they wanted to share their financial information. Still, the agent’s logic made sense: together, they could afford to buy, so why not build some equity? After a lengthy search, they found their match: a semi on Jones Avenue with two kitchens. In January 2016, they placed a winning bid of $710,000.

THE ARRANGEMENT: With the help of a $50,000 loan through the Canada Mortgage and Housing Corporation, they created separate entrances, upgraded the electrical and HVAC, added storage space and a powder room, and insulated the third storey. They split the reno costs evenly. When it came to dividing the living space, Lindsey, Bronwyn and Nyjah opted for the second and third floors. Mandy, Mike and Ashar took the main floor and finished basement so their border collie–retriever, Jett, could have easy access to the yard.

Monthly mortgage payments come automatically out of the group’s joint bank account, a set-up that minimizes but doesn’t eradicate conflicts. After the group spruced up the backyard last summer, Lindsey, the house bookkeeper, sent an email outlining the costs. One line item, for $54.18, simply read “Home Depot,” so Mandy asked what it was for. Bronwyn fired back an all-caps email accusing her of being unappreciative of Lindsey’s hard work. (The episode is now referred to as “a learning opportunity.”) Since then, they hold a monthly dinner with an official agenda. Minutes are taken. They discuss the division of chores, air minor and major grievances, and talk about upcoming expenditures.

WHAT’S NEXT: Lindsey sometimes finds the city overwhelming, and Mandy dreams of opening a yoga studio in Costa Rica, but they all love their current set-up and find that the benefits, both financial and social (especially when it comes to helping with child care), outweigh the drawbacks. If one couple were to move and rent out their unit, they’ve agreed that the other owners would be allowed to approve the incoming tenants. And if one couple were to sell, the other pair would have first right of refusal. They haven’t yet devised a system for determining fair market value, but it’s on the agenda.

THE DECISION: In 2011, Oliver Dang and his future wife, Gabrielle Duchesne, shared a small rental apartment at Beatrice and College with Oliver’s brother, Quynh. They were all in the same early-career stage of their lives, had compatible hours and got along well. As Oliver and Quynh began to accrue some modest savings, they decided to buy. The condo market wasn’t an option, as they worried about resale value. In the summer of 2011, they went in together on a three-storey former rooming house in Dufferin Grove. The place was a wreck: it needed new plumbing, electrical, floors and drywall, and the sale price of $355,000 reflected as much.

THE ARRANGEMENT: The brothers divided the cost of the house evenly. Quynh became de facto property manager, overseeing the budget, sourcing materials and hiring workers. Oliver handled the floor plan and interior design. They created a small entranceway with separate doors leading to the units, each of which has a kitchen, a bathroom, a living room and two bedrooms. The brothers had intended to live together in the upper unit and rent out the main floor and basement, but Oliver and Gabrielle’s relationship was getting serious, so Quynh proposed that he live upstairs and Oliver and Gabrielle live downstairs. The couple married in May 2015. Five months later, Quynh married his girlfriend, Sharlot Babayan. Because of the haphazard way their current living situation came together, they’re only now sorting out the legal intricacies, an effort led by Gabrielle. First on her list: taking out life insurance policies to ensure that she and Sharlot will be entitled to their portion of the house in the event that either brother dies.

WHAT’S NEXT: Last May, Gabrielle gave birth to Theodore, and they’re considering having another baby. Quynh and Sharlot also hope to have kids, but they know that the space isn’t big enough for seven people and have begun discussing exit strategies: “The best scenario would be for one couple to buy out the other,” says Oliver. “We could also keep it as a rental property because of its prime location,” adds Quynh. Buying a bigger house and co-owning all over again is on the table, too.

THE DECISION: In 2014, Noah Bédard and his wife, Jacqueline Belardi-Bédard, were living in a cramped two-bedroom apartment in Parkdale and wishing they could afford a house. Noah’s parents, Jean-Paul and Mary-Anne, wanted to help, but they didn’t have enough cash on hand. Then Jean-Paul pitched a compelling idea: why not buy and live together? Their search led them to a newly renovated rowhouse in Cabbagetown that had separate entrances and independent HVAC and electrical—perfect for sharing. In early 2015, they placed a winning bid of $990,000.

THE ARRANGEMENT: Jean-Paul and Mary-Anne sold their two-bedroom home in Woodbine Corridor for $725,000, which allowed them to cover the $300,000 down payment. All four parties were listed on the deed, and the bank allowed the couples to have two separate mortgages. Jean-Paul and Mary-Anne travel frequently during the winter, so they took the smaller upstairs unit, which has two bedrooms and two bathrooms. Downstairs, Noah and Jacqueline moved into the three-bedroom, three-bathroom unit, which also features a basement with nine-and-a-half-foot ceilings. Two feet of soundproofing insulation in the main floor ceiling helps keep the peace between the two generations.

WHAT’S NEXT: They’ve prepared for a range of hypotheticals. Each of the mortgage holders must have enough life insurance to cover the couple’s entire stake in the house. If one pair were to upgrade their unit, the increased profits from the sale of the property would be split evenly between the two couples. In the event that a couple divorces and one partner wants to stay in the house, the other partner cannot force a sale. If one couple decides to sell, the other couple would have first right of refusal. To determine fair market value, they would commission three independent assessments and use the average. Since Jean-Paul and Mary-Anne are out of the country often, they plan to downsize to a condo in the next five to 10 years. Noah and Jacqueline dream of buying a house with a main-floor storefront big enough to accommodate a restaurant that they would operate together. For the time being, though, they’re all happy where they are.

THE DECISION: Shannon Thompson has been friends with partners Diane Hamilton and Tania Szablowski since 2000. The three of them have long dreamed of creating a sort of urban commune in Toronto. Over the years, the idea ebbed and flowed, and, by the time Diane and Tania had their son, Oscar, and Shannon’s daughter, Bella, came along, they decided it was time to take the plunge. The trio began the search last spring, with the kids in tow. Their budget was $1.5 million, and they sought a house between Spadina and High Park that would be big enough to accommodate an office for Shannon’s career coaching business, a musical jam room and a pottery studio. After looking at about 30 properties, they lucked out on a three-storey Edwardian at College and Dovercourt for $1.54 million. Diane and Tania contributed $900,000, and Shannon added $700,000, which meant they were able to forgo a mortgage. The sale closes in early 2017.

THE ARRANGEMENT: They have set up a joint bank account to cover property taxes, home insurance and bills. A friend and former housemate, Karyn Ellis, has a bedroom upstairs and contributes what she can. They don’t intend to divide the space or create separate entrances. All the rooms, except bedrooms, are shared. (Oscar already informed his parents he wants a “Keep out!” sign on his door.) The parents welcome the diverse influence the other adults in the home will have on their kids. Each adult gravitates toward certain household roles: Shannon likes cleaning and grocery duty; Tania manages finances and general maintenance; Diane gardens and is considered the “guardian of tradition,” orchestrating Christmas and vacation plans; and Karyn, according to Shannon, is “the storyteller and the life of the party.”

WHAT’S NEXT: They’re open to adding to the mix any partners Shannon might have in the future. “People just have to fit in the bedrooms,” Tania says. There’s already talk of a woman they’ve known for years moving in. They’ll probably create a new bedroom for her in the basement. Like Karyn, she’ll contribute what she can to expenses, but there’s no set amount.

THE DECISION: In 2009, Martha and Frank O’Connor decided it was time to sell their family home, a three-storey, four-bedroom detached house at Yonge and Eglinton. Their four kids had moved out, and they wanted something smaller. Meanwhile, Martha’s childhood friend Anne Harrison was looking to sell her four-bedroom triplex at Dundas and Crawford. For 15 years, she had rented out the top floor and basement, and lived on the main floor. But Anne wanted a bigger place. Like the O’Connors, she was retired, lived quietly and was financially stable. In late 2011, they found a duplex at Avenue and Davenport listed for $840,000. The house had a garden, the ground floor and basement unit could be remodelled into two bedrooms and a bathroom, and the upper unit could have two bedrooms and two bathrooms. They underbid at $775,000—the only offer—and won.

THE ARRANGEMENT: Anne, a lifelong gardener, would live on the main floor and basement, with easy access to the flower beds in the front and back. Martha and Frank agreed to take the top floors. They decided to split the reno costs evenly. Martha was a tad concerned about privacy, so they implemented a policy: knock or ring if you want to stop by; don’t just walk in. When it comes to bills, the gas and property tax comes out of the group’s joint bank account. Anne and the O’Connors put an equal amount of money into the account each month. Hydro is separate. Anne doesn’t have a mortgage, so their lawyer drafted a co-ownership agreement stating that she wouldn’t be liable for the mortgage should the O’Connors fail to pay their share under any circumstances.

WHAT’S NEXT: When they moved in, they committed to living in the home for at least five years. Those five years have just passed, so if one of the owners decides to sell, they’d all split the profit in half. They believe they’ll stick with the current arrangement for another decade. By then, Frank will be 74 and says the stairs will seem even steeper. Anne is a real estate junkie, always watching the market and preparing for the next adventure, so she might make a move even sooner. Their experiment, however, has been such a success that they would also consider buying together again. 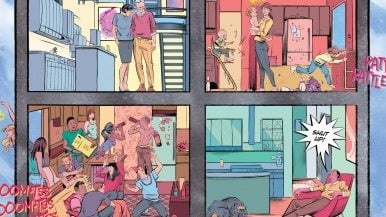 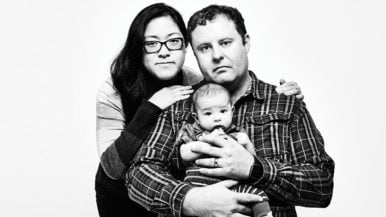 The real estate mogul who left 200 homebuyers in the lurch 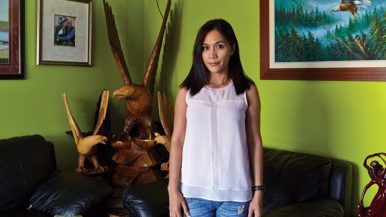 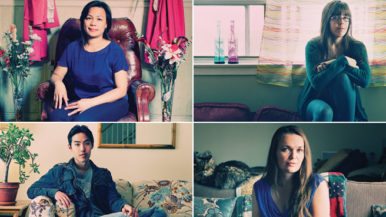 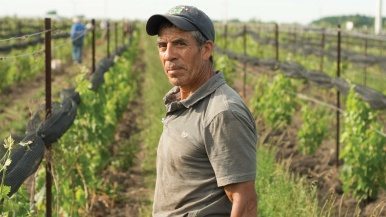 The lives of Ontario migrant workers