House of the Week: $2.5 million for a restored century-old home in Dufferin Grove

House of the Week: $2.5 million for a restored century-old home in Dufferin Grove

A 3,600-square-foot home near College and Dovercourt. This five-bedroom, five-bathroom semi has an Edwardian brick façade and original wood interiors.

This house was built in 1910. In 2016, a couple with four kids bought the place for just under $1.2 million and began a major restoration. They wanted to preserve the early-20th century charm but create a contemporary family home with an open-concept living space. A previous owner had converted the house into three self-contained apartments. The sellers redid the kitchen and bathroom, restored the original oak floors throughout and converted a backyard workshop into a small studio.

The original oak floors in the foyer were “professionally silenced” by the SqueakKnights, meaning they no longer creak when you walk on them: 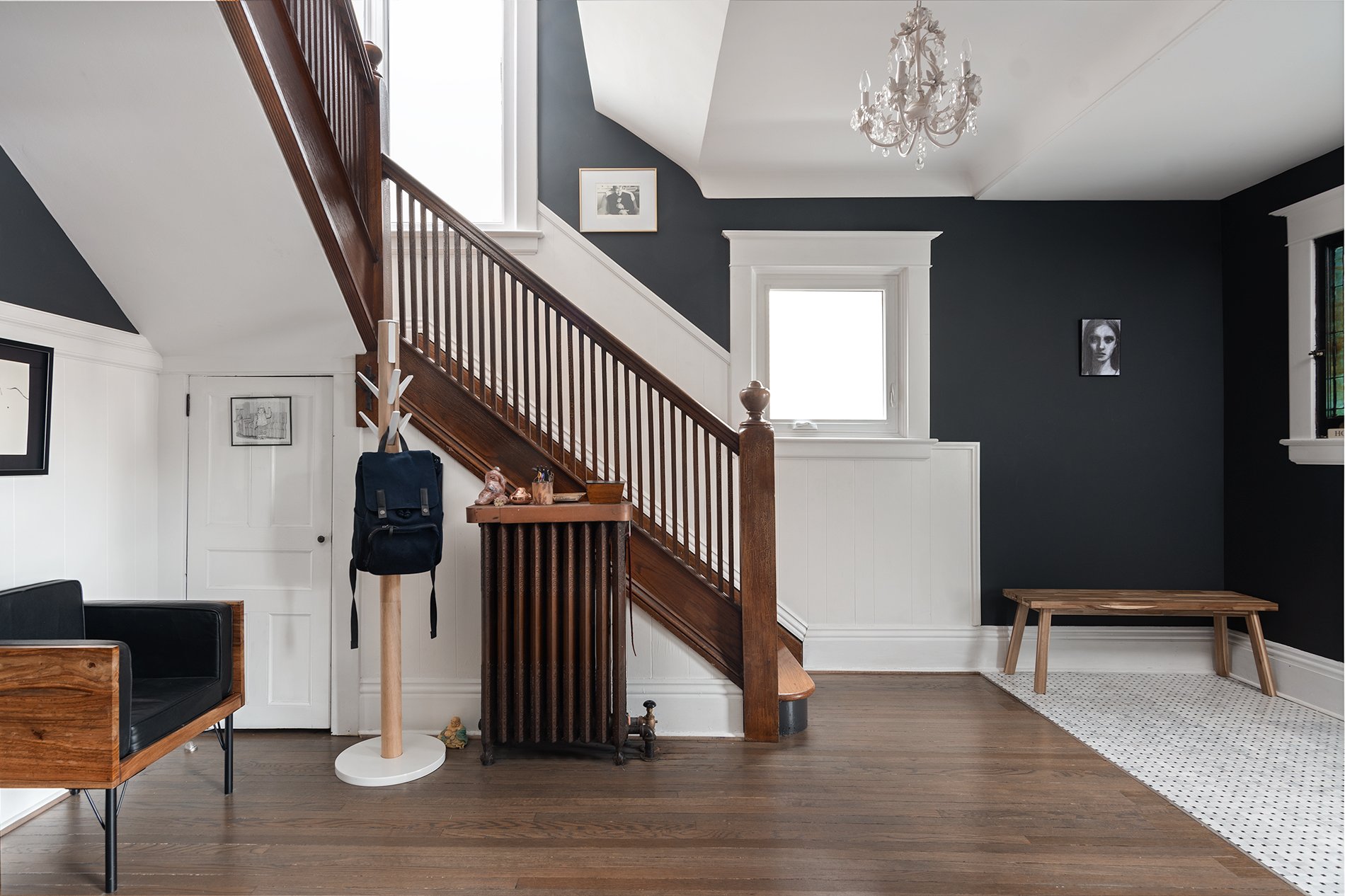 There’s a wood-burning fireplace in the living room: 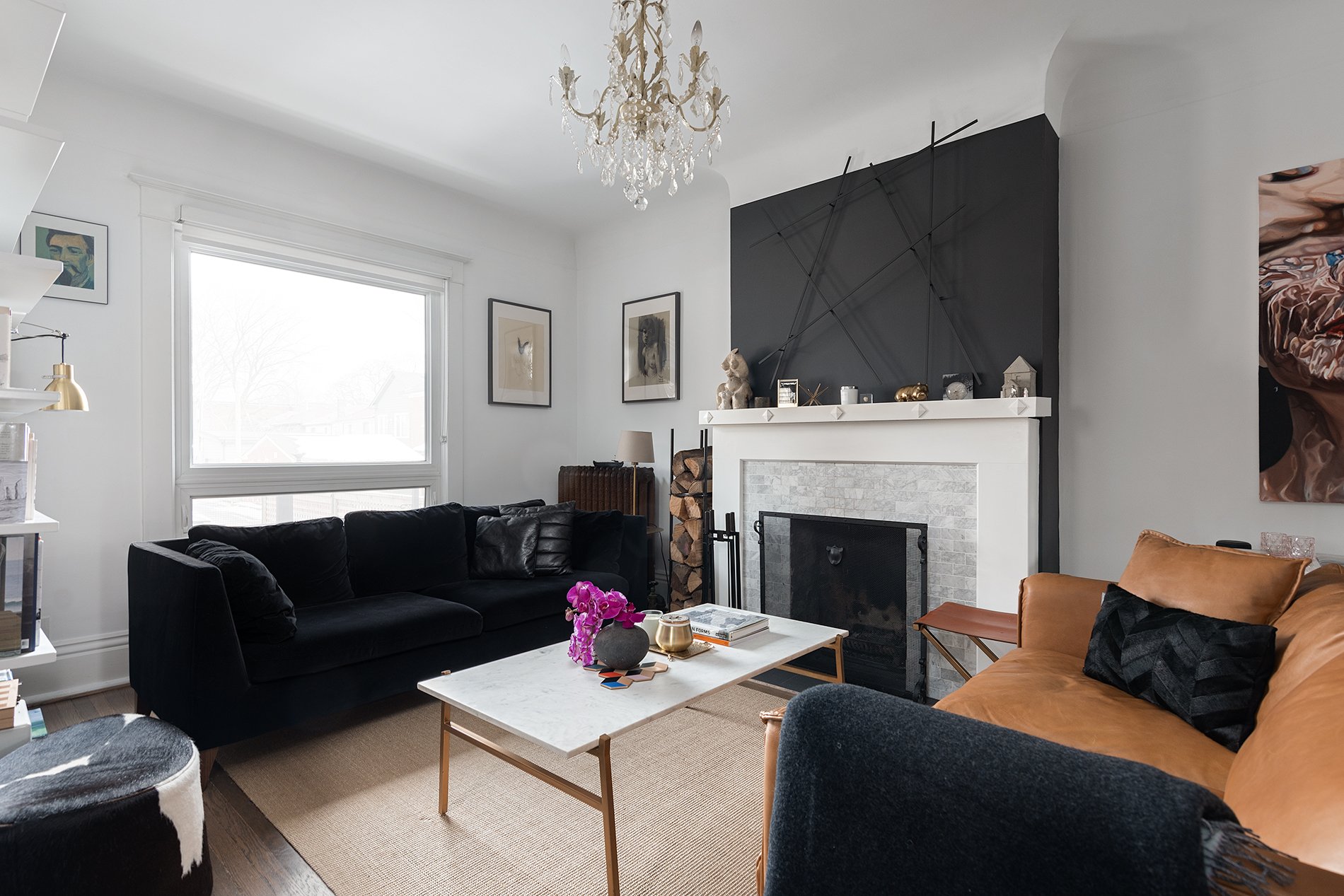 Here’s the kitchen, which has a lightsabre chandelier and nine-foot ceilings: 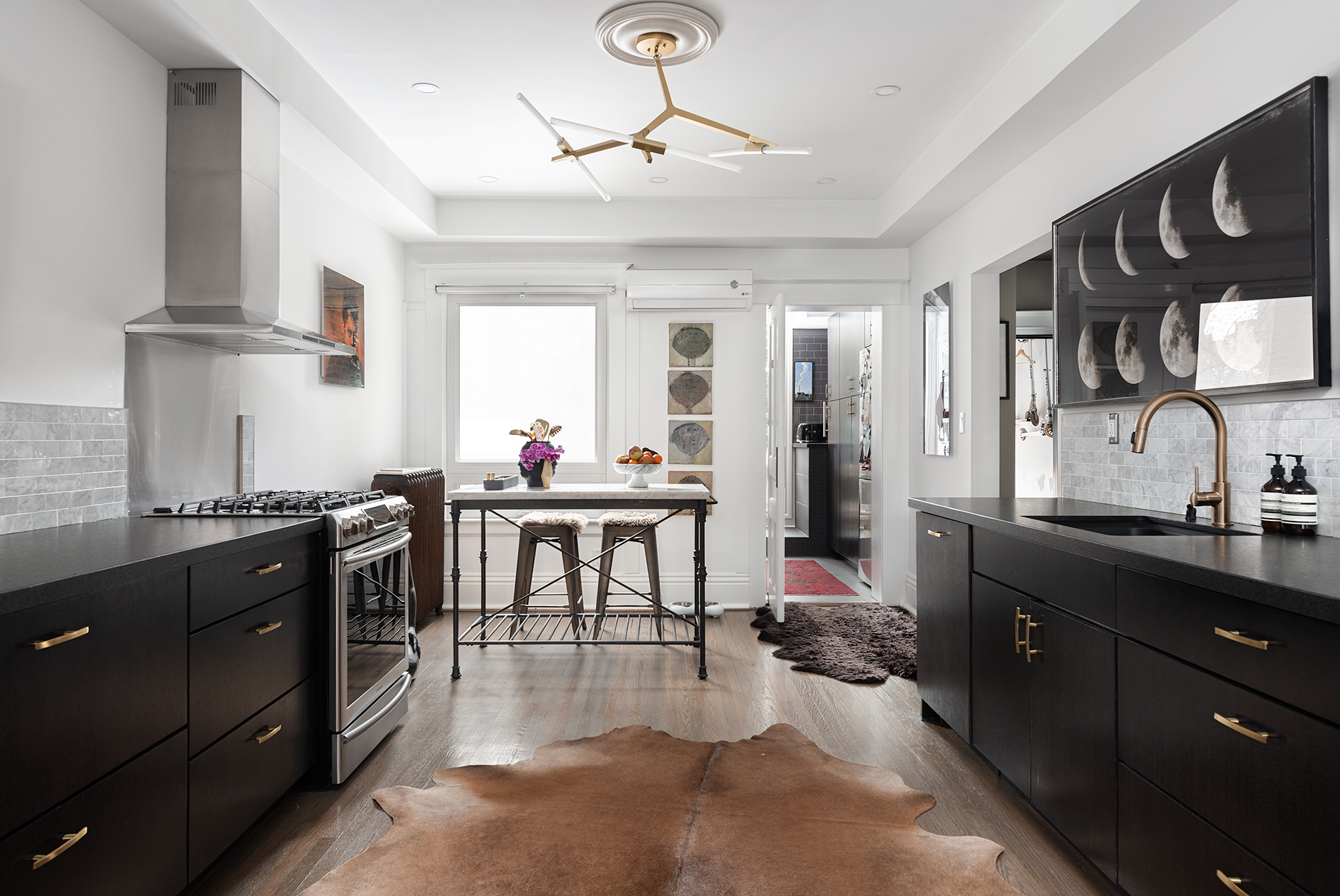 During renovations, the sellers converted the former kitchen into a porcelain-tiled pantry: 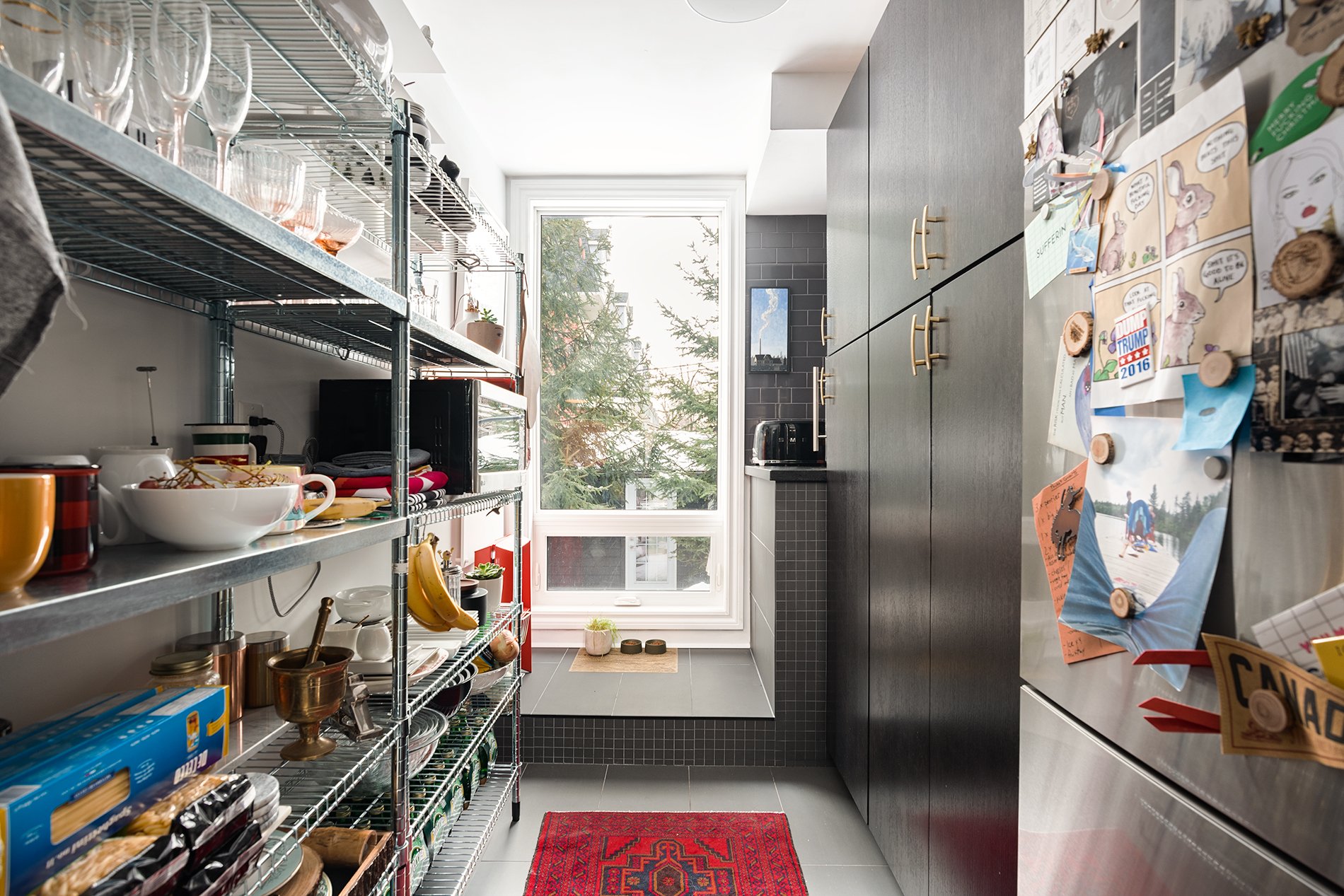 The dining room door leads to a set of stairs, which connect to the basement and backyard: 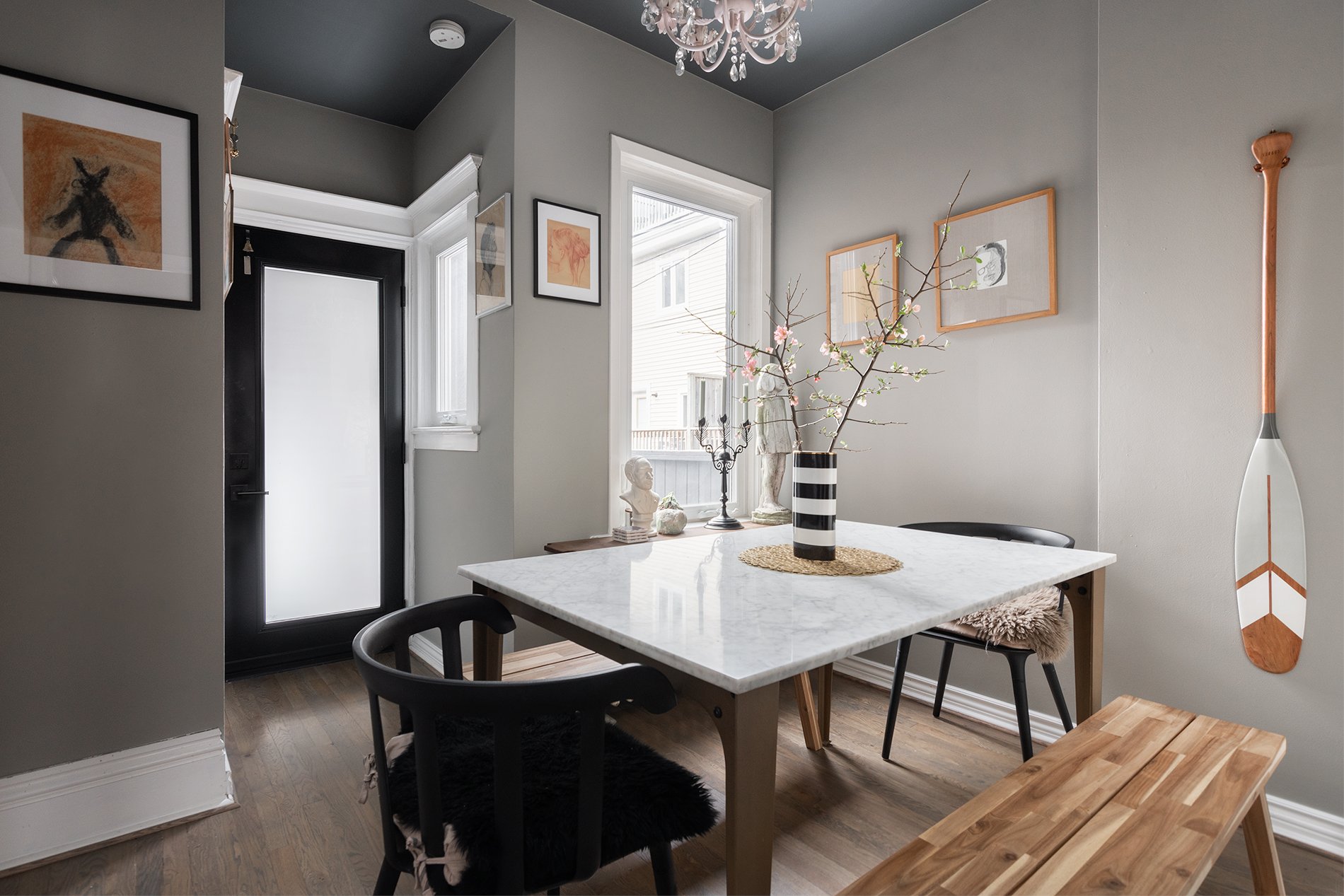 On the second level, there are painted oak floors in the master suite: 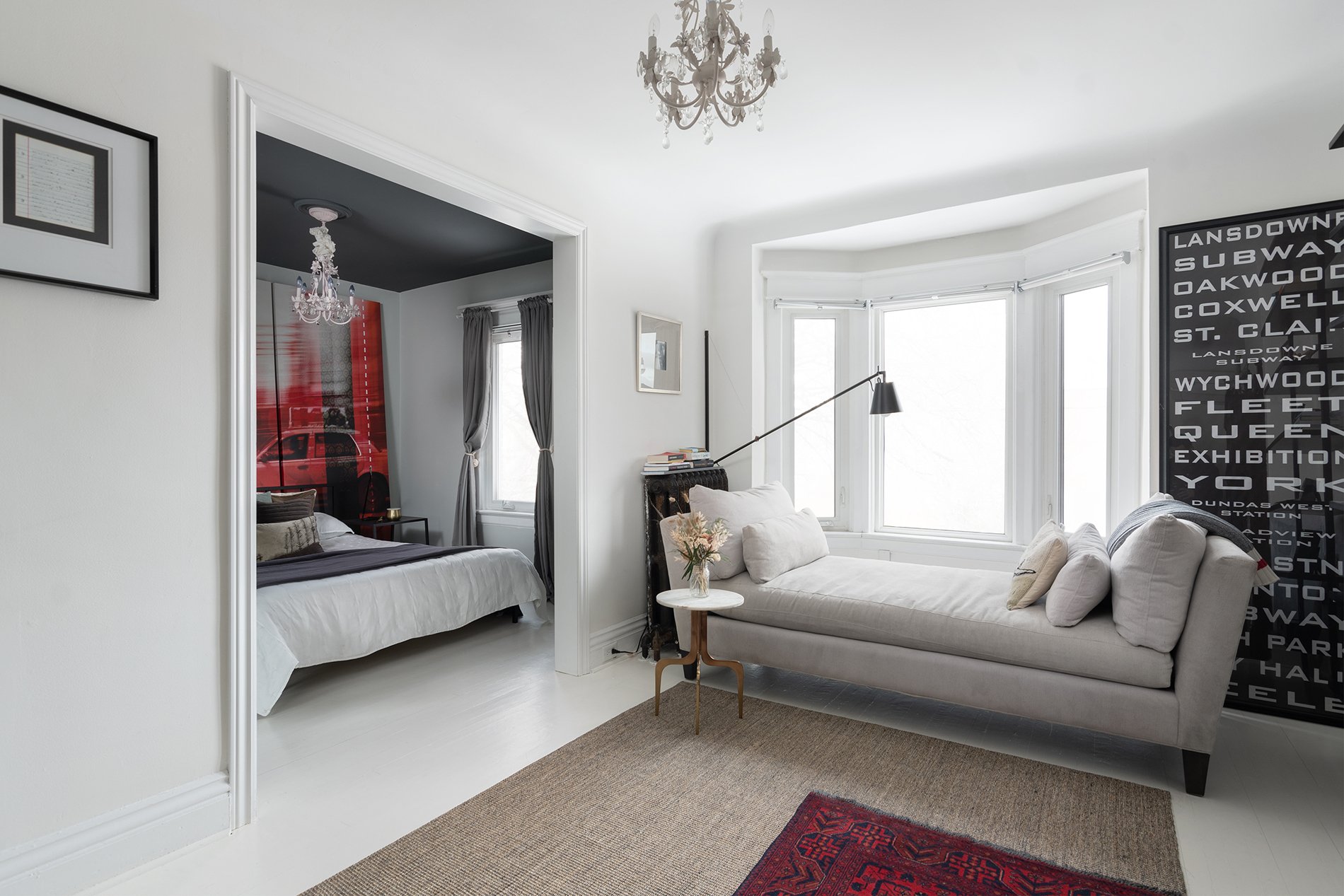 And another wood-burning fireplace. The sellers restored the original mantel and painted the metal cover: 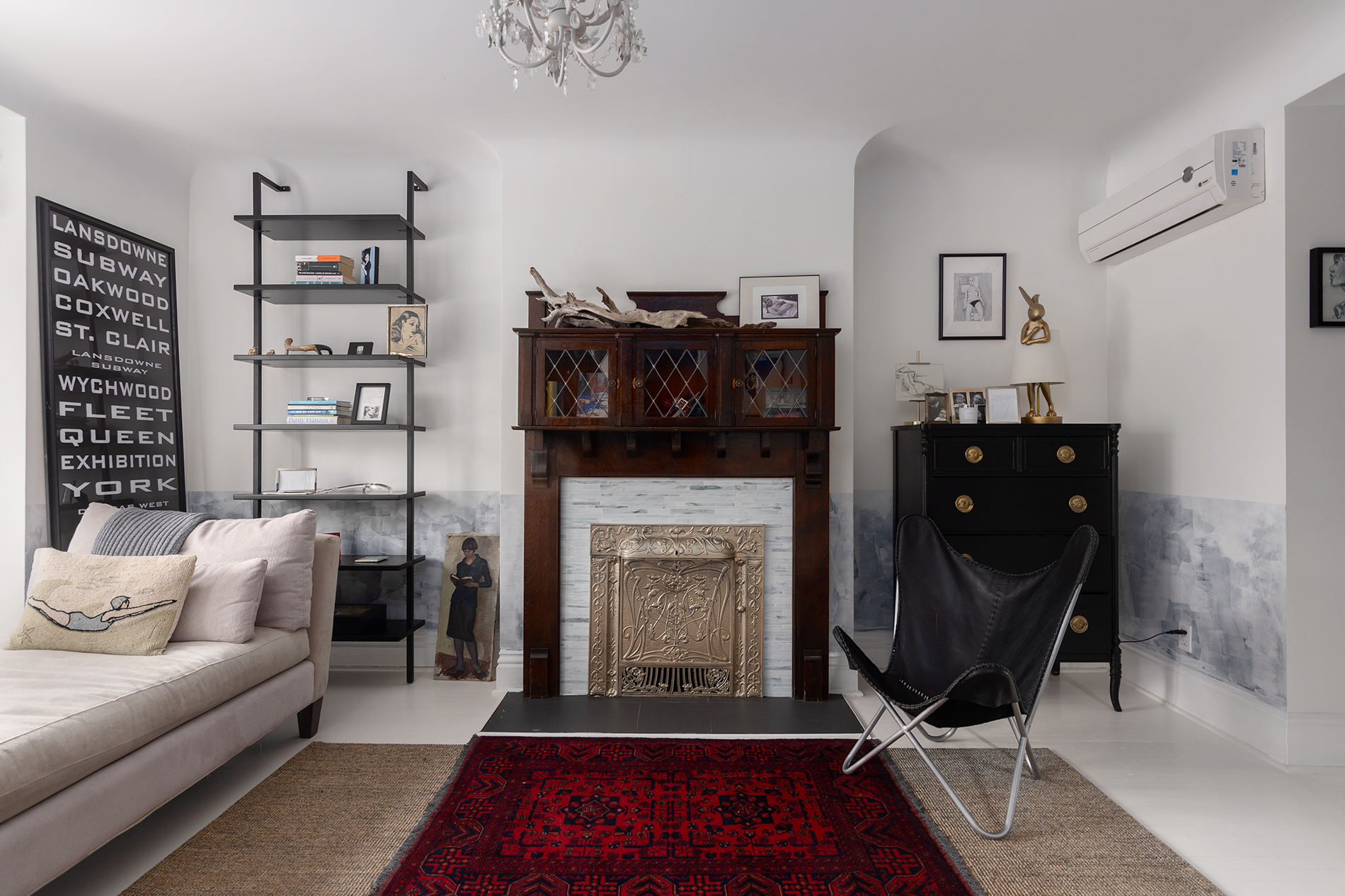 There are duelling closets between the sitting area and the master bathroom: 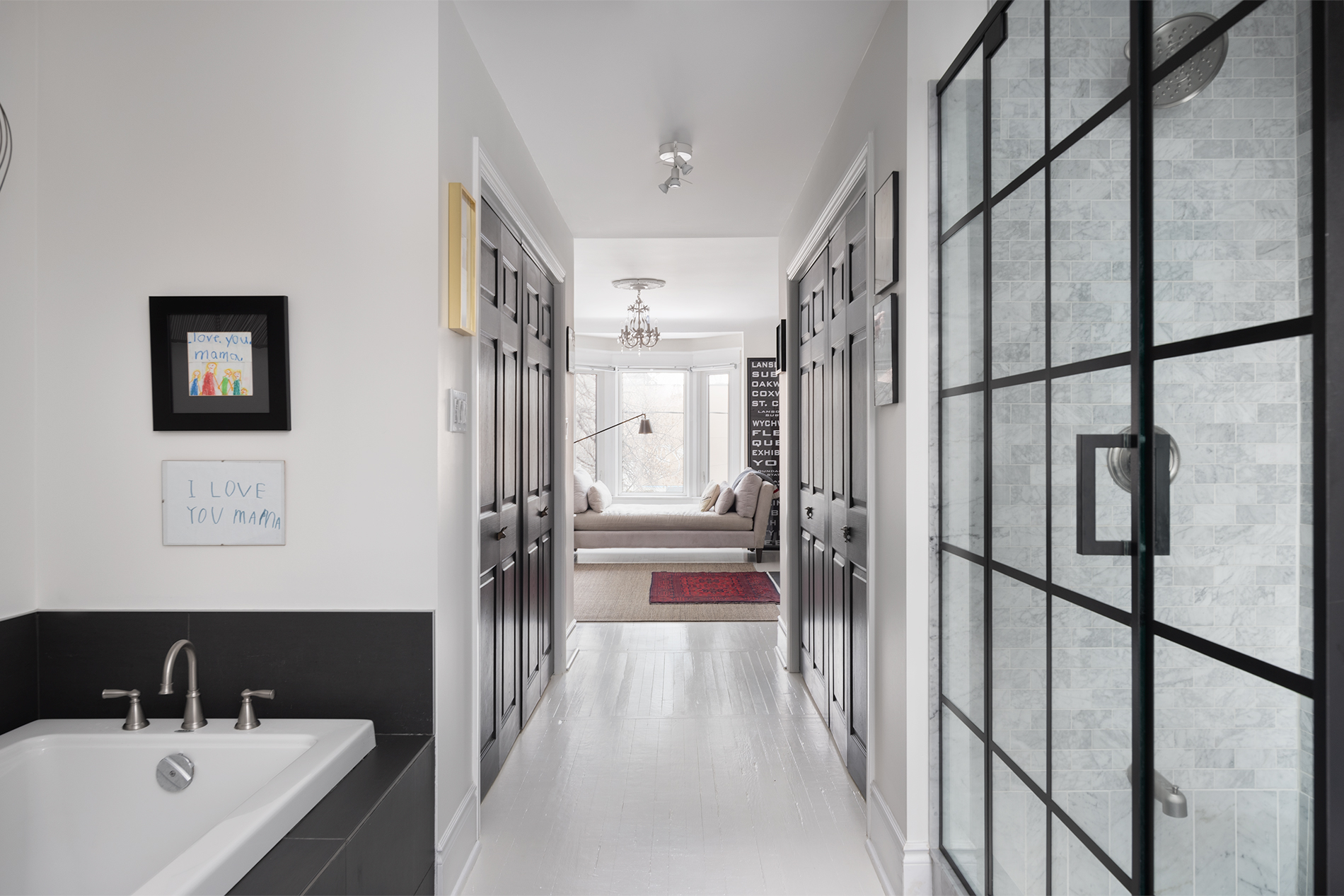 The shower has marble walls and porcelain floors: 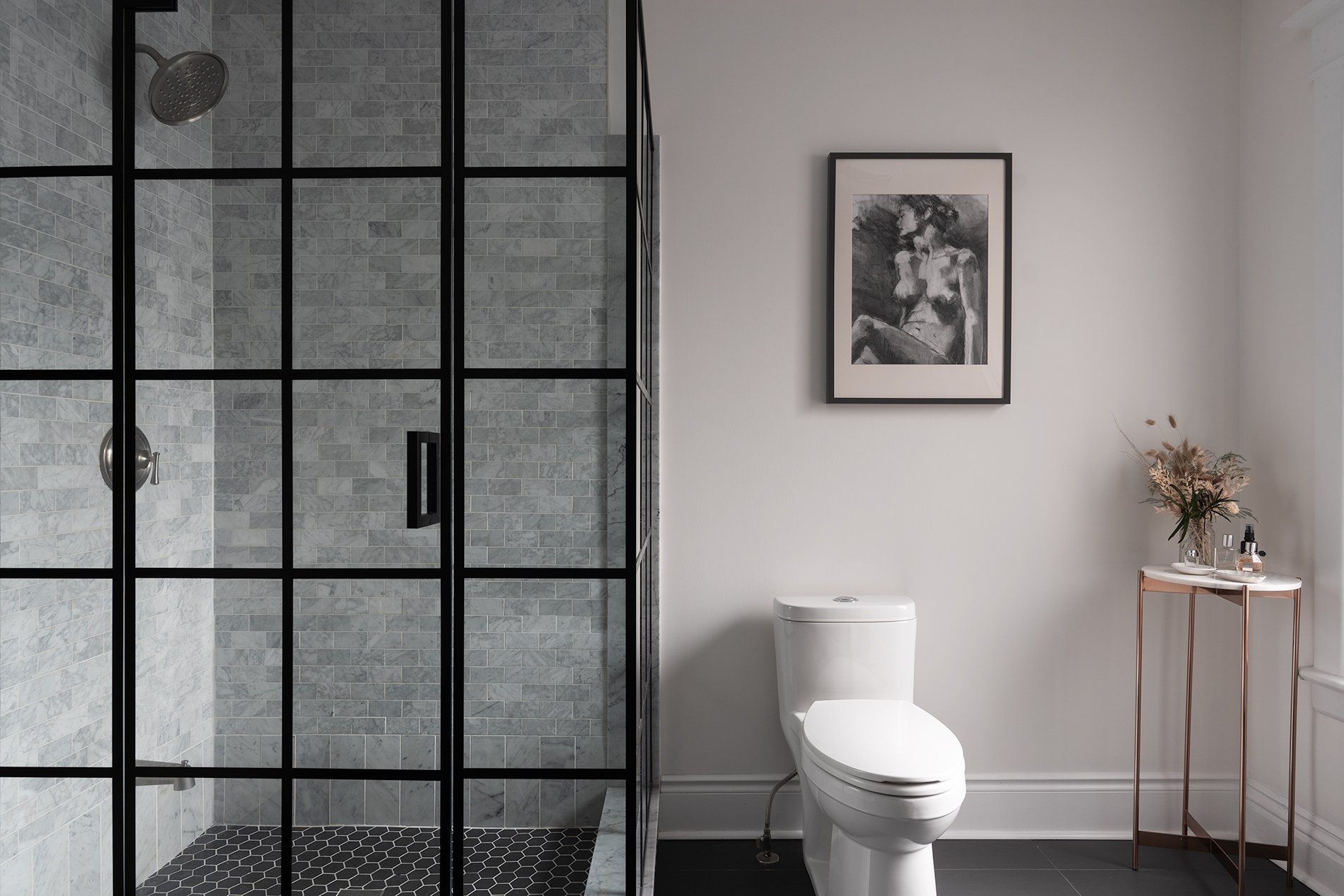 There’s an 85-square-foot family room on the second floor: 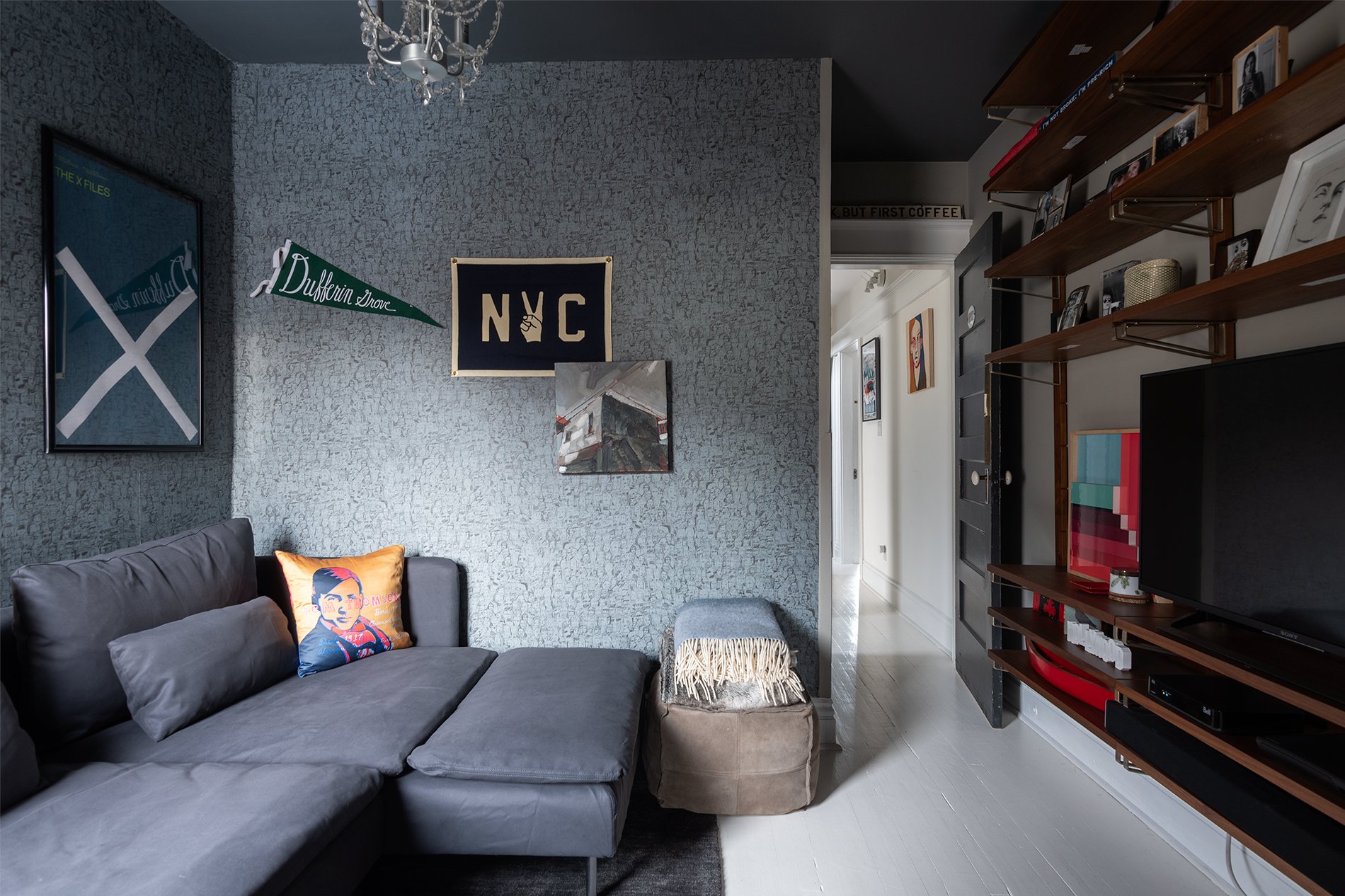 It connects to a 120-square-foot office, which overlooks the backyard: 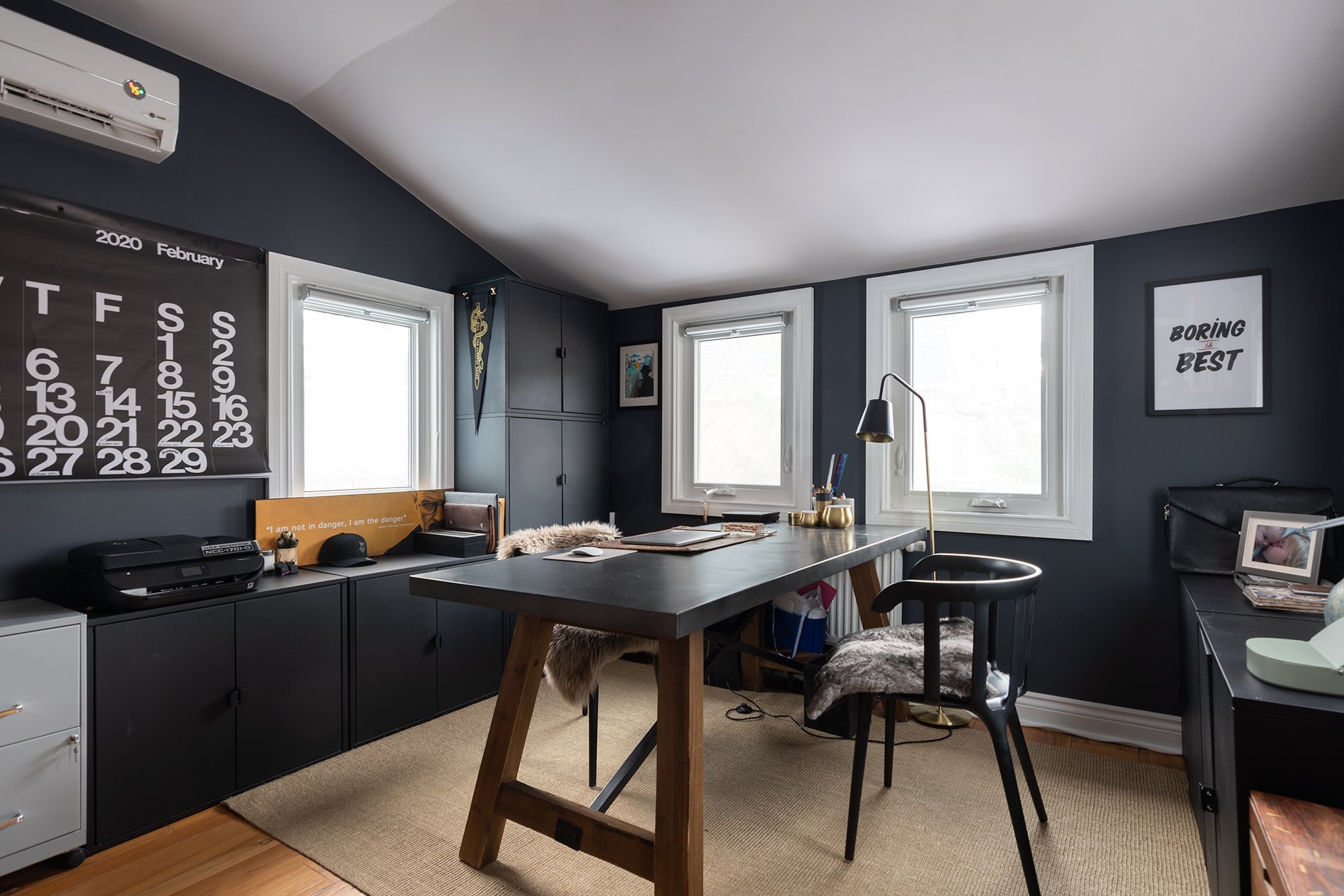 There’s another bathroom on the second floor, with black-concrete tile floors: 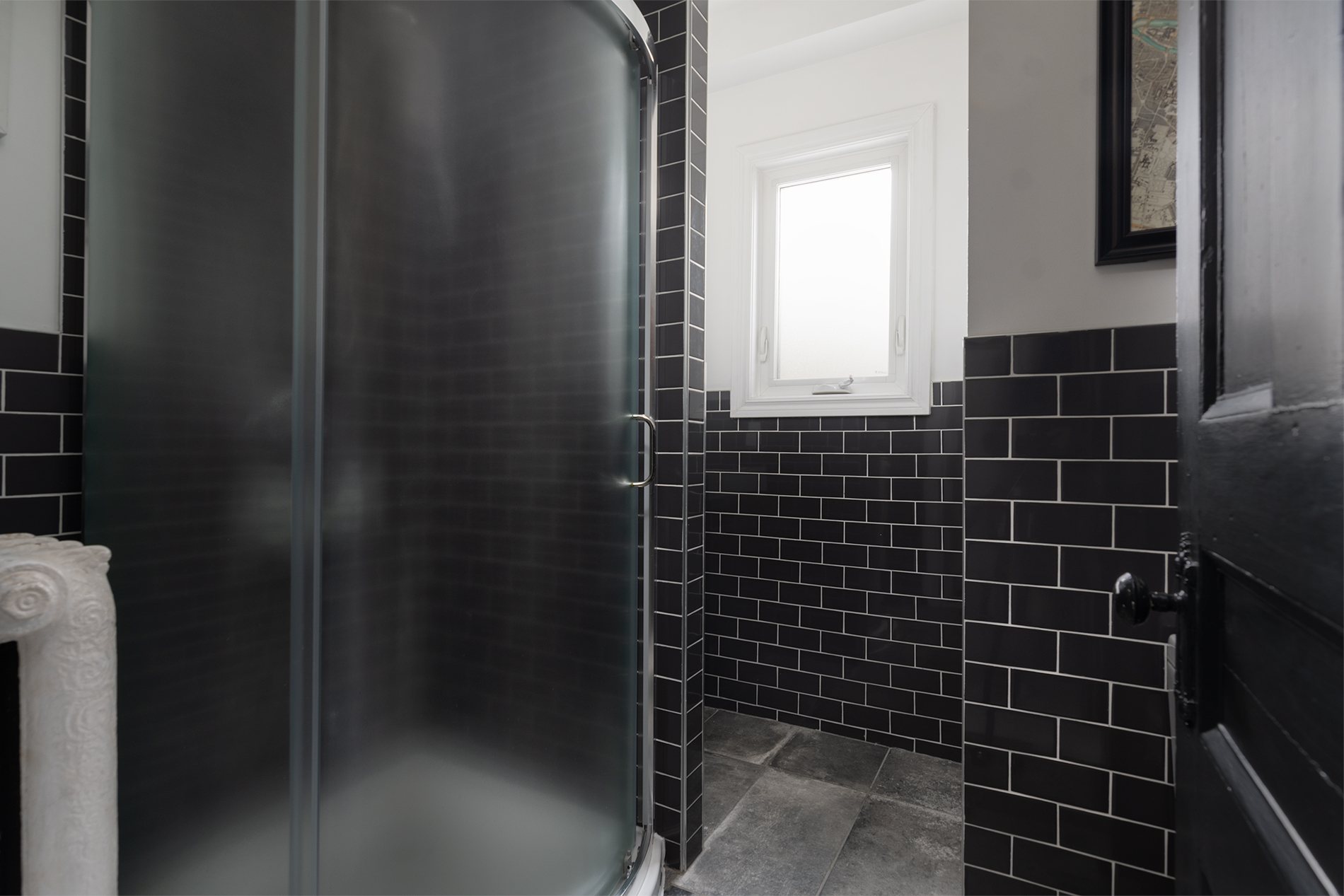 Here’s the third floor, which was designed as a treehouse-style retreat: 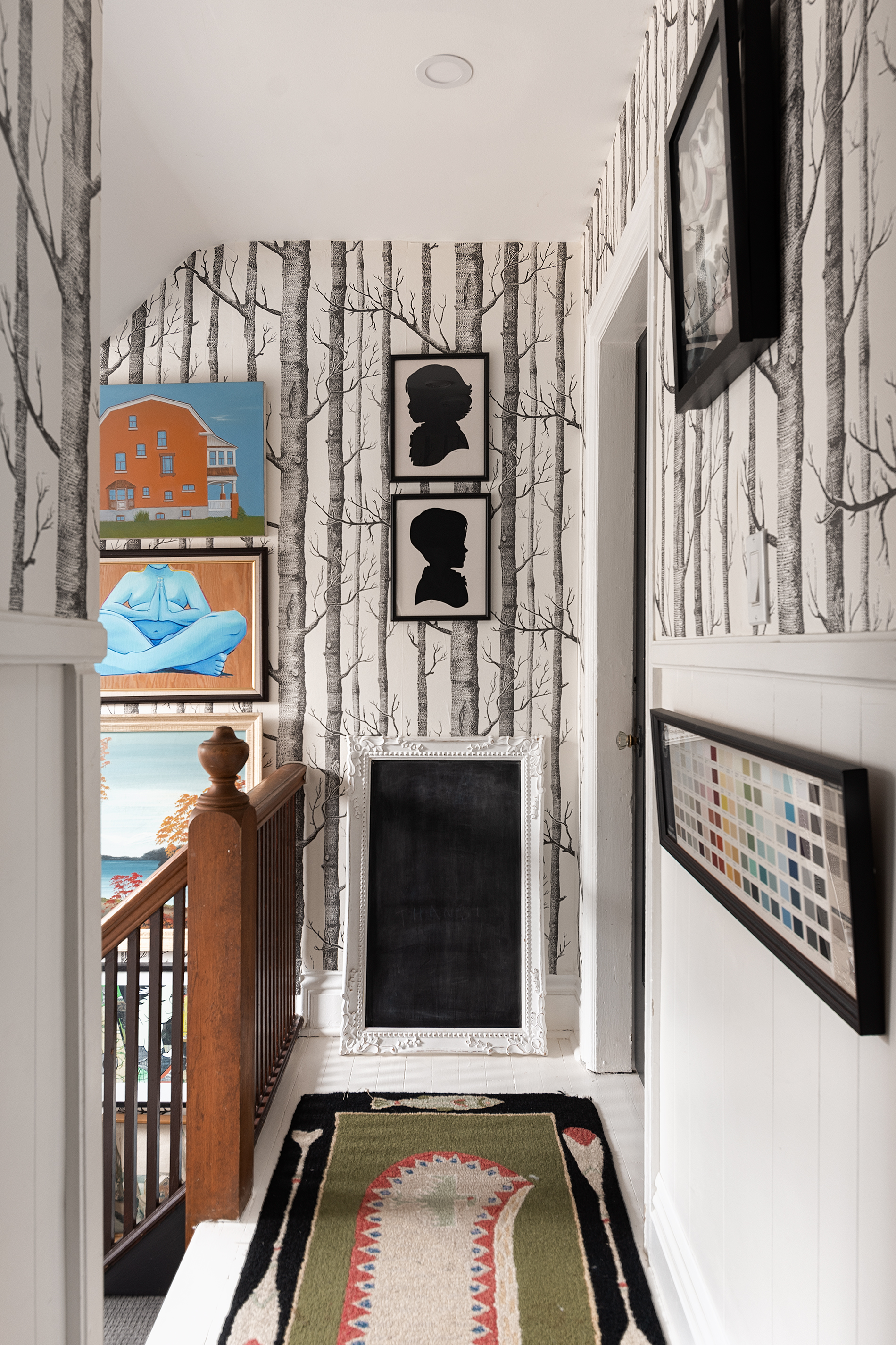 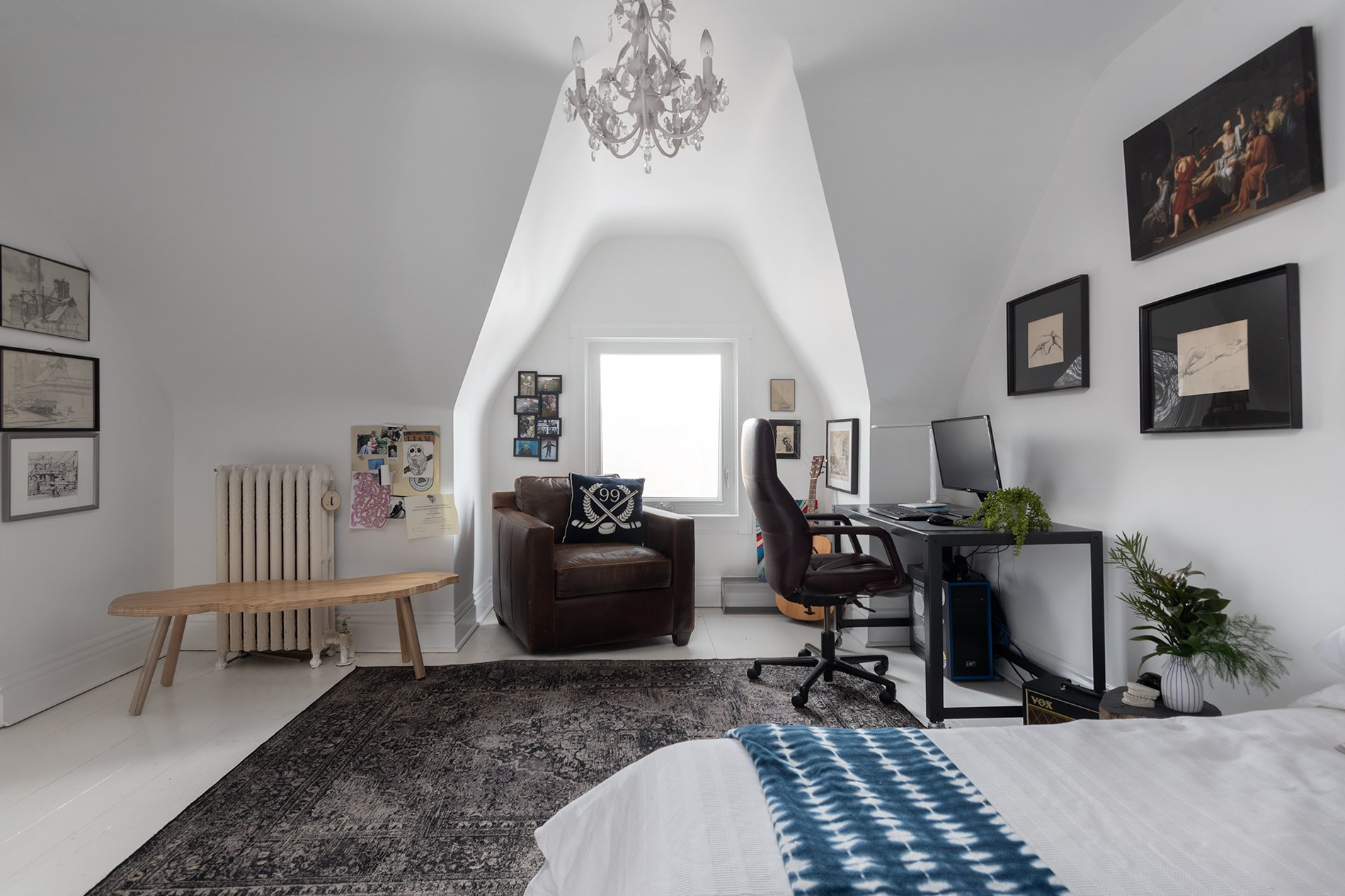 The sellers built a “sleeping nook” in the other bedroom: 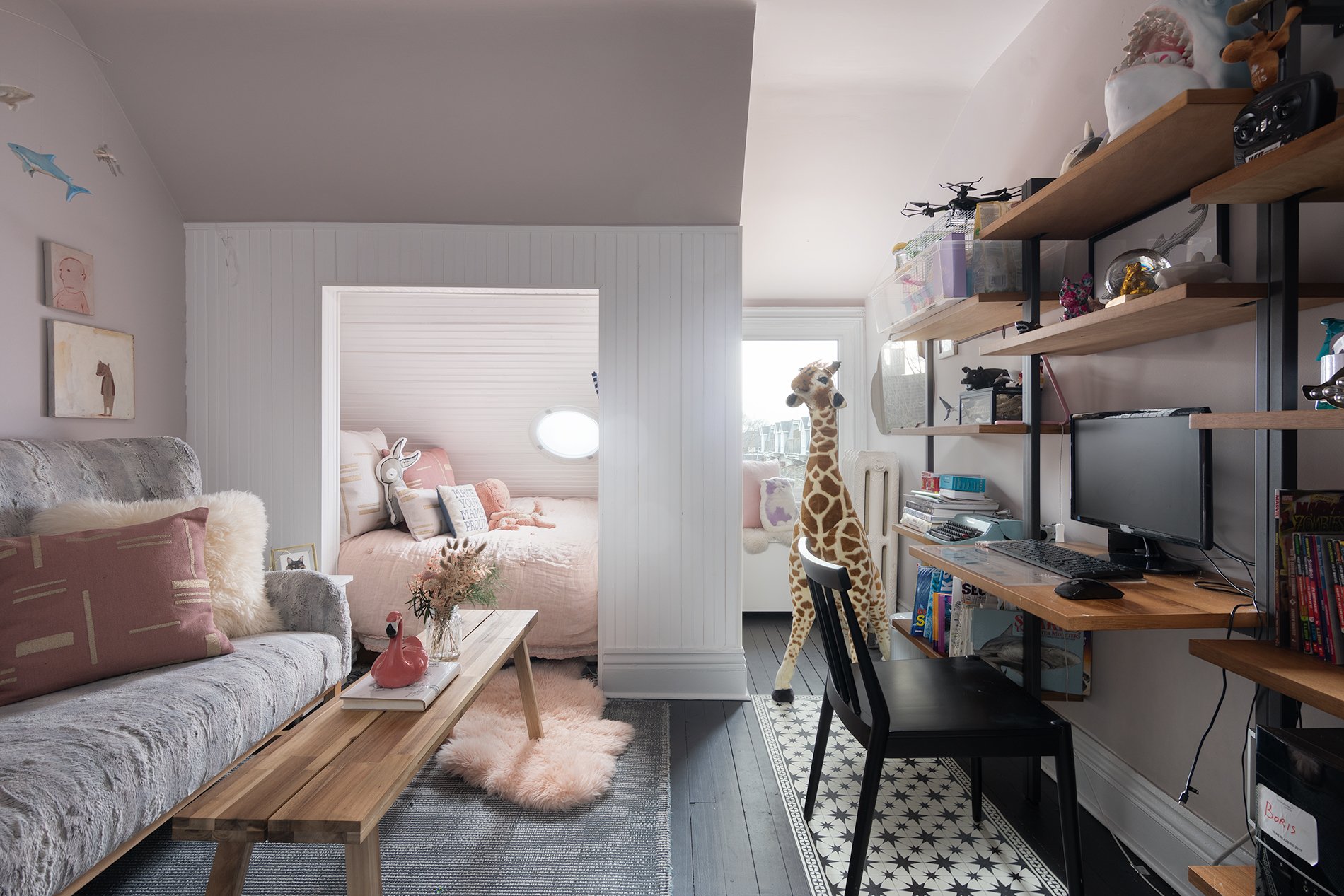 There are porcelain tiles in the third-floor bathroom: 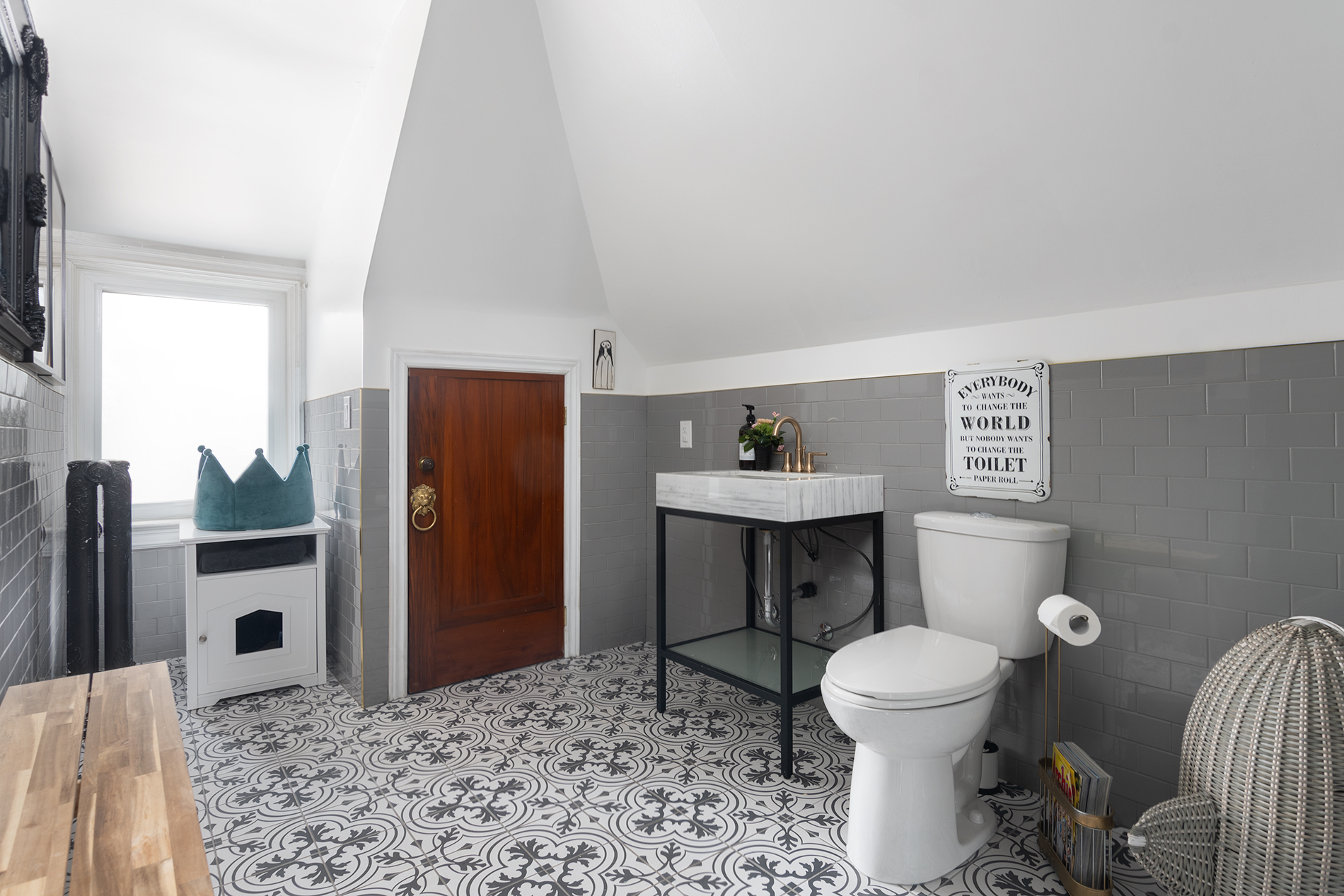 The basement apartment has vinyl floors and a kitchenette: 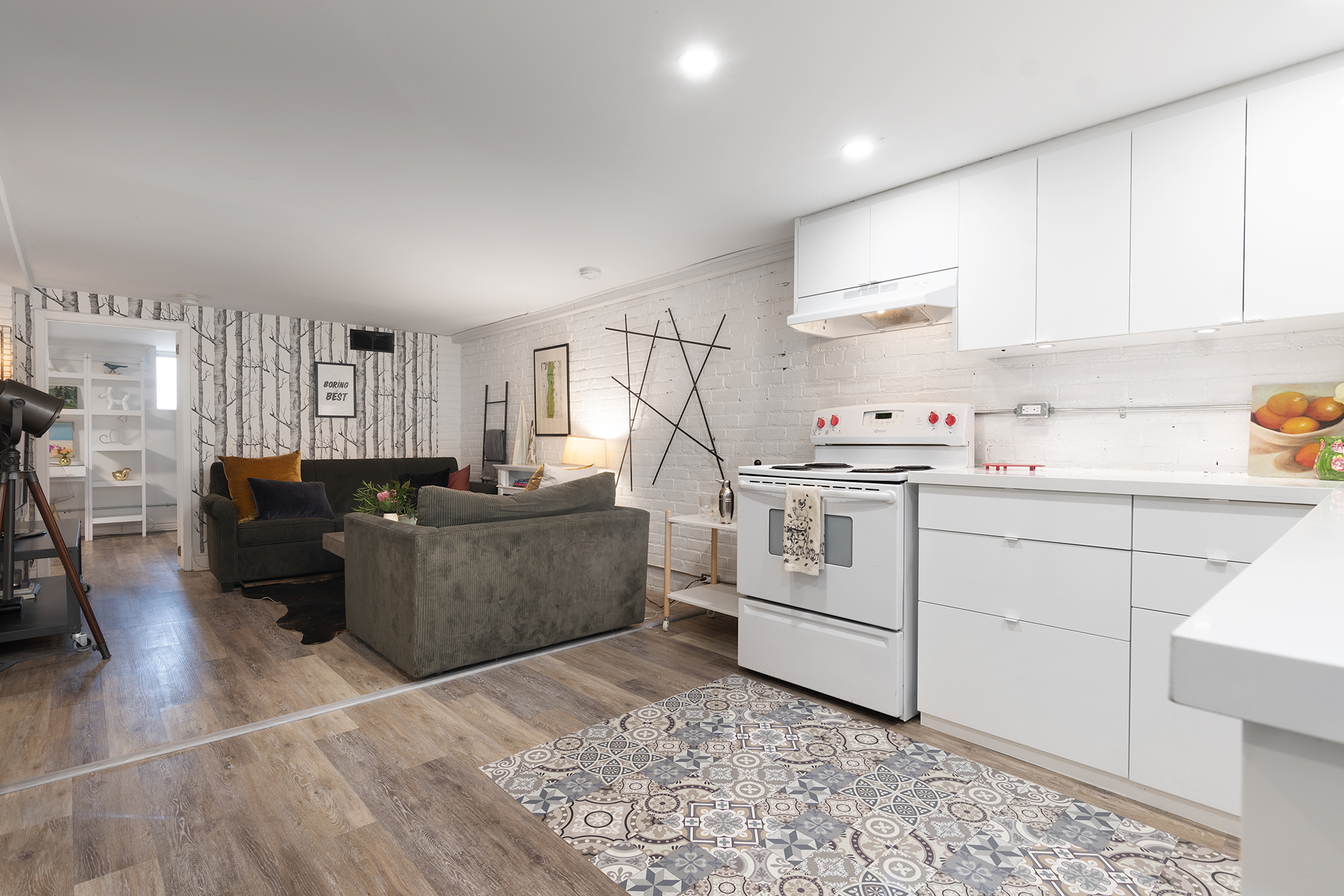 Here’s one of the basement bedrooms: 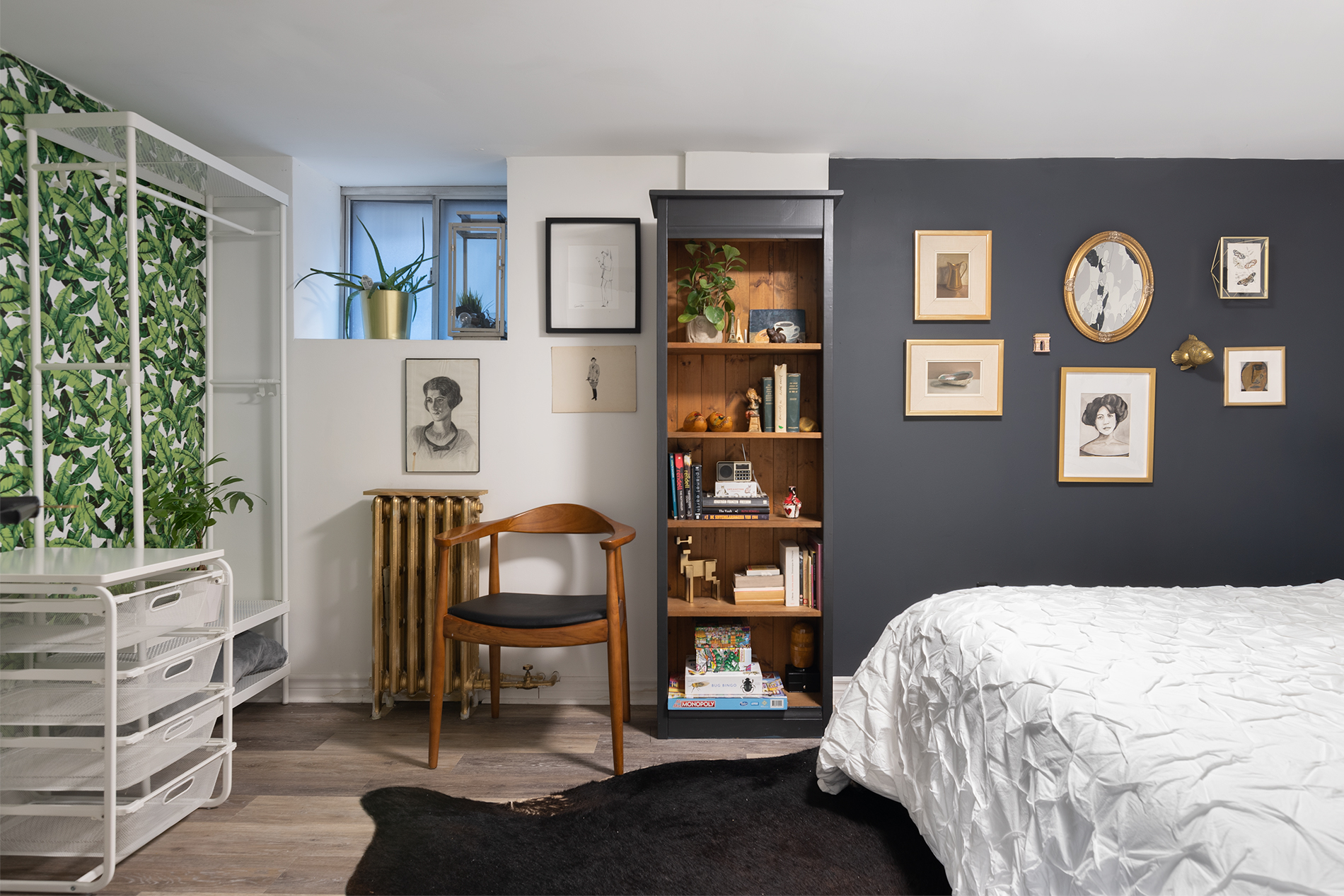 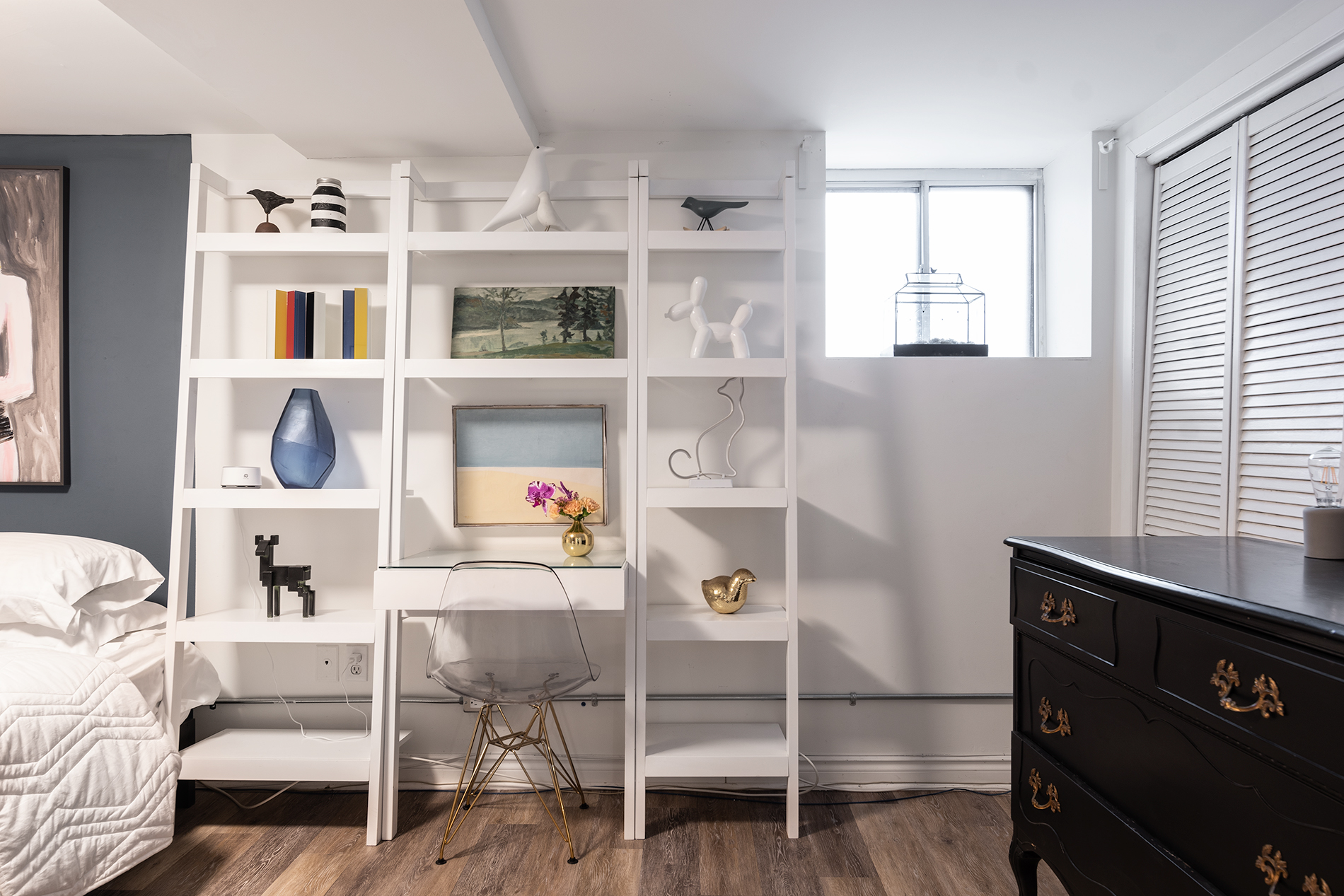 A look at the backyard, which has a 220-square-foot studio: 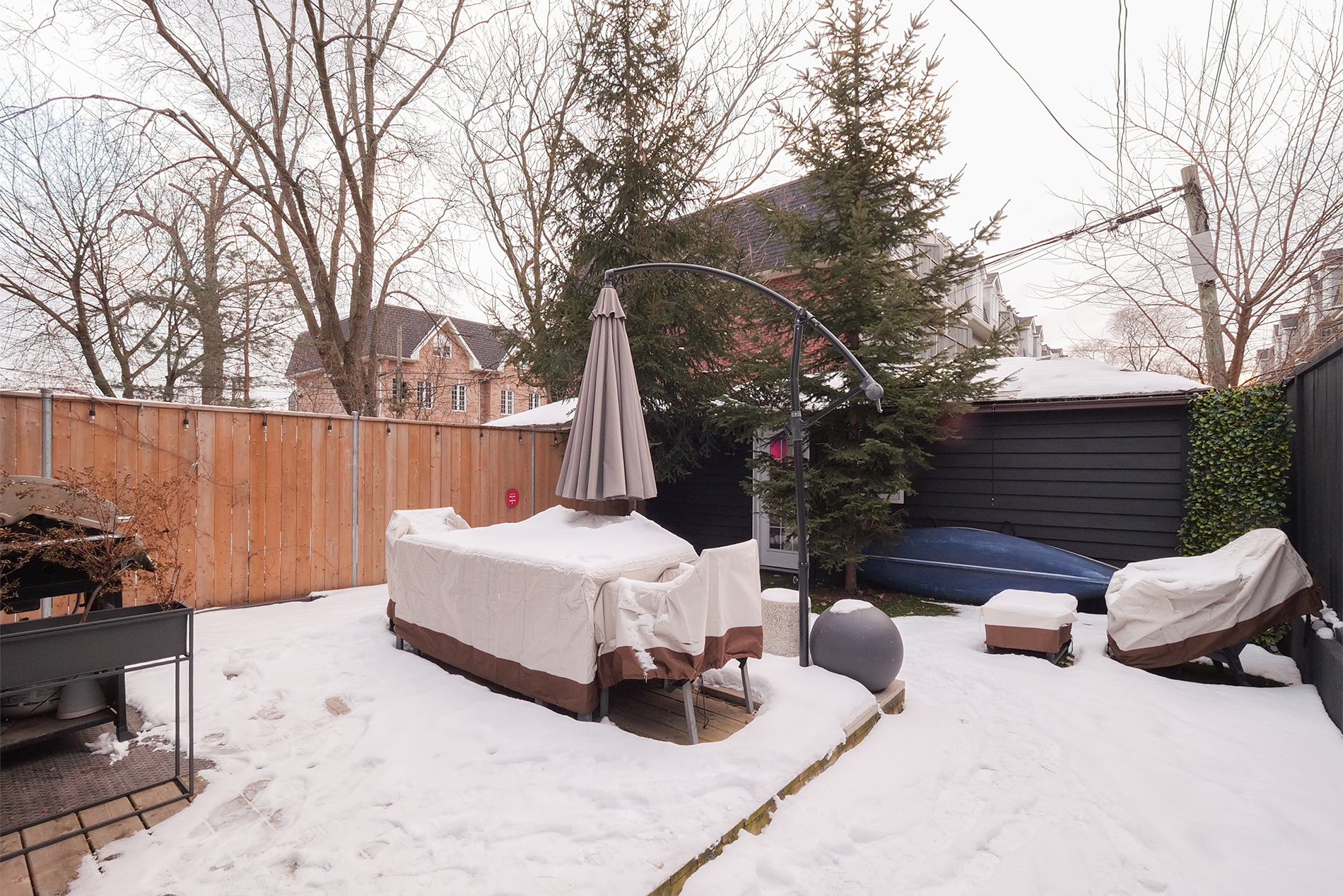 The sellers used the studio as an extra bedroom: 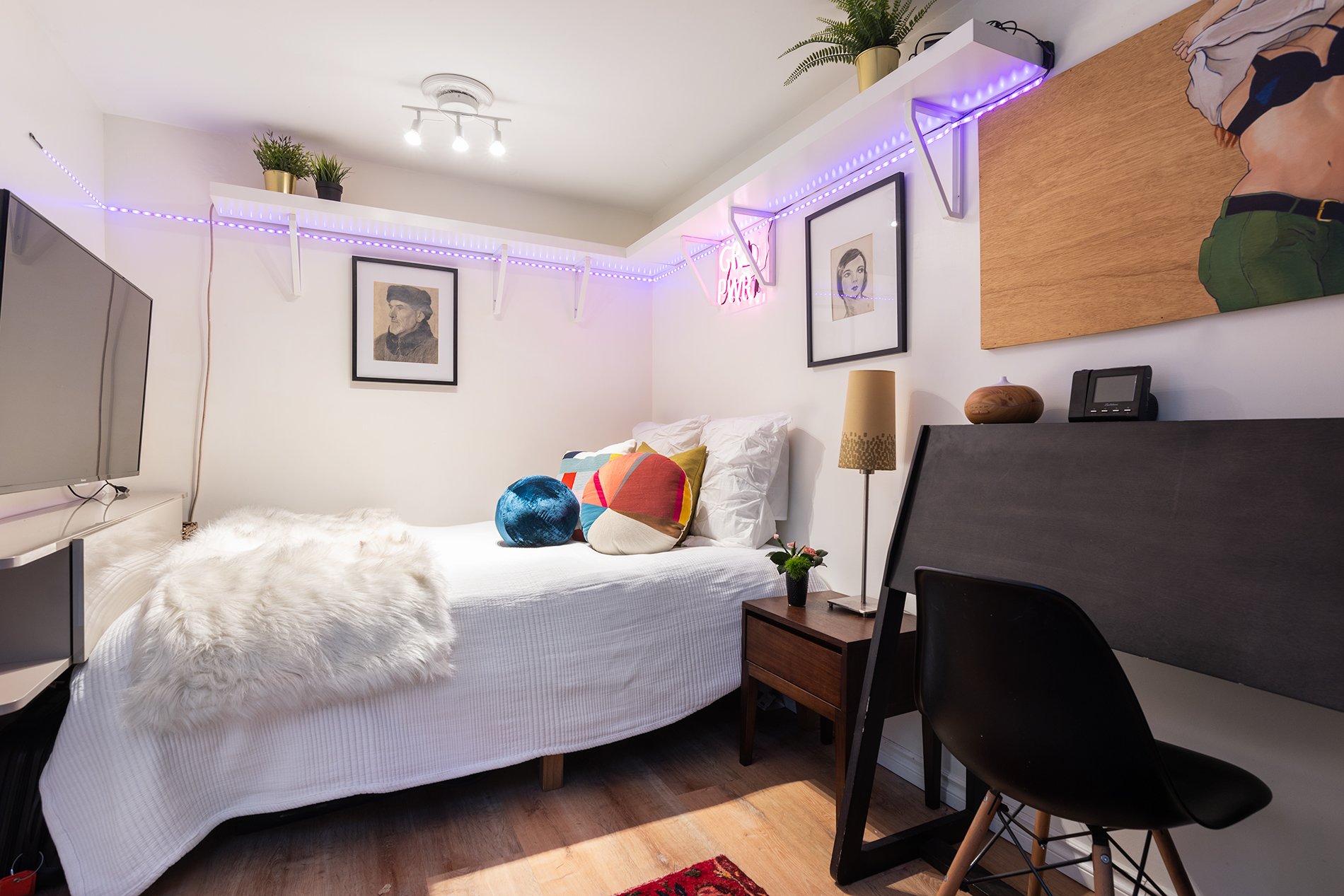 It has a bathroom with heated floors: 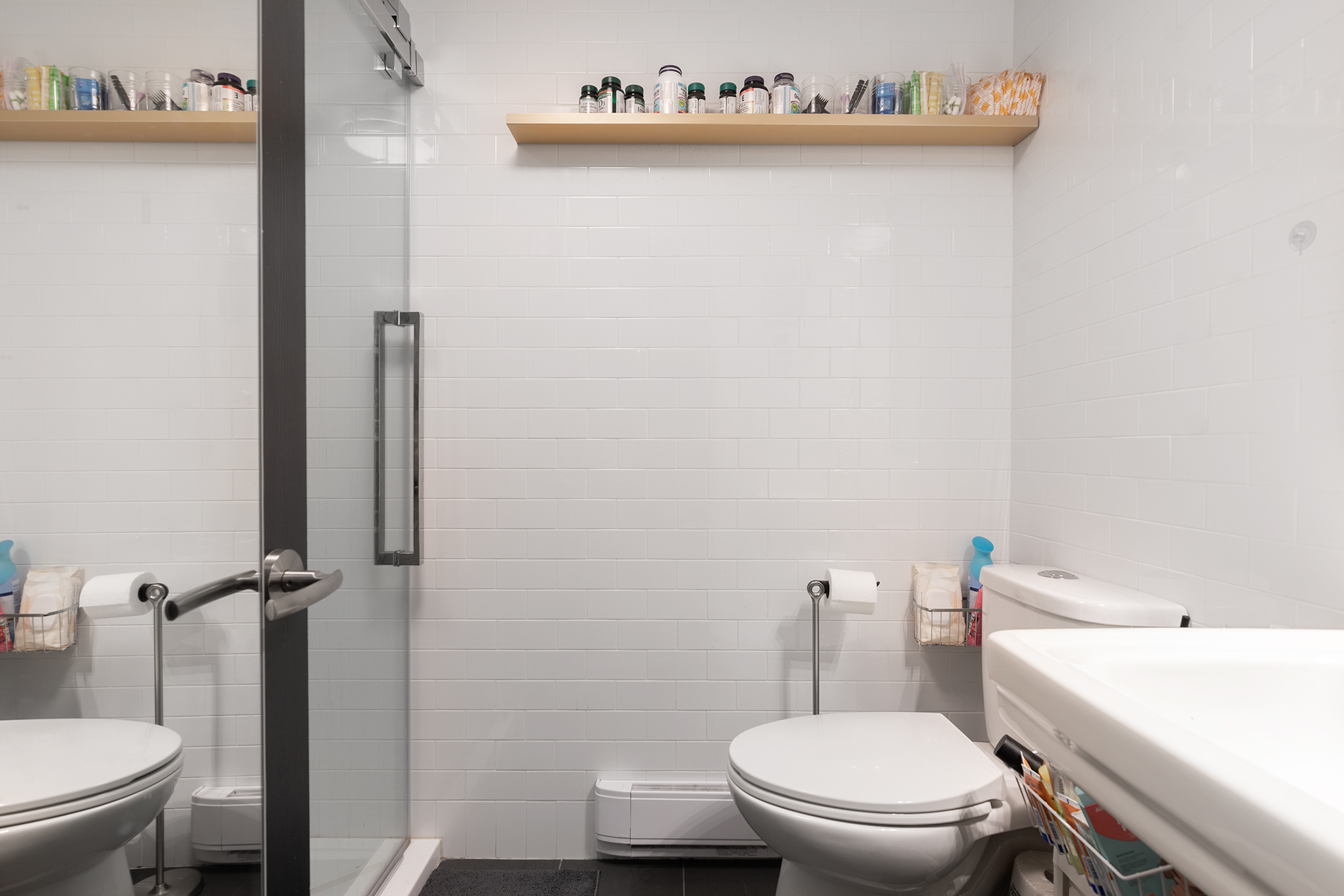 The money-making potential. Both the basement and backyard studio are listed on Airbnb, and together can bring in up to $8,000 a month.

This place has no garage and only one parking spot.