Torontonians are extending their vacations to Niagara, and making wine country a one-way trip

Sky-rocketing real estate prices, absurd traffic congestion and rents that make it hard for even top restaurants to survive… those are just a few factors pushing Torontonians to search for an escape from The 6ix. City dwellers looking to press re-start are now driving beyond the burbs and setting down roots in communities where they can reconnect with nature and afford houses, while not decamping too far from T.O.—it’s gotta be close enough to pop into town for a Jay’s game. Within an easy drive of Toronto, there’s one area that checks all our boxes for the perfect (literal) greener pasture: Niagara.

Niagara is more than just its horseshoe-shaped falls, it’s an area on the cusp of a boom with fantastic restaurants, world-class sports facilities, cool independent businesses, and some truly top-notch wineries. Here are our top 11 reasons why we think Niagara is about to become the go-to destination for Torontonians fleeing the city.

1. In Toronto $400,000 gets you a studio no bigger than a shoebox. In Niagara, you can buy a sprawling acreage for that same sum, complete with a quaint house, and a life free of condo board drama.

2. The Niagara region is made up of 12 municipalities, each with its own personality. There are quaint areas radiating rural charm, beach front cottages aplenty, as well as cute small towns with historic main streets. There are even revitalizing urban centres to choose from—St. Catharines downtown feels like Queen West circa 2005 with trendy bistros and shops popping up.

3. Entrepreneurs pushed out of Toronto by ever-rising rents have found respite in Niagara. Cafe owners, hairstylists, restauranteurs and creatives have been relocating to Niagara for the cheap rent and the potential. There are some seriously funky turn-of-the-century buildings that just need a bit of elbow grease to become swishy tech offices or funky bars.

5. What makes Niagara such a haven for grapes—its long summers and moderate winters—also makes this Ontario’s fruit belt. Living in Niagara means you have access to some of the best fruit and veg in the province.

6. Niagara’s restaurants are doing great things with the region’s top-notch produce. Pearl Morissette, for instance, has foodies lining up to try their terroir-driven tasting menus, which have been hailed by critics as some of Canada’s best food. Restaurateurs priced out of T.O. have also been adding fuel to the fire of Niagara’s food scene. After chef Adam Hynam-Smith and partner Tamara Jensen shuttered their popular food truck El Gastronomo Vagabundo, they set up shop in St. Catharines and transformed an old theatre into the stunning dining spot Dispatch. The new addition to the St. Cat’s dinner scene isn’t just charming—Dispatch made EnRoute’s list this year for best new Canadian restaurant, so you know the kitchen has chops. 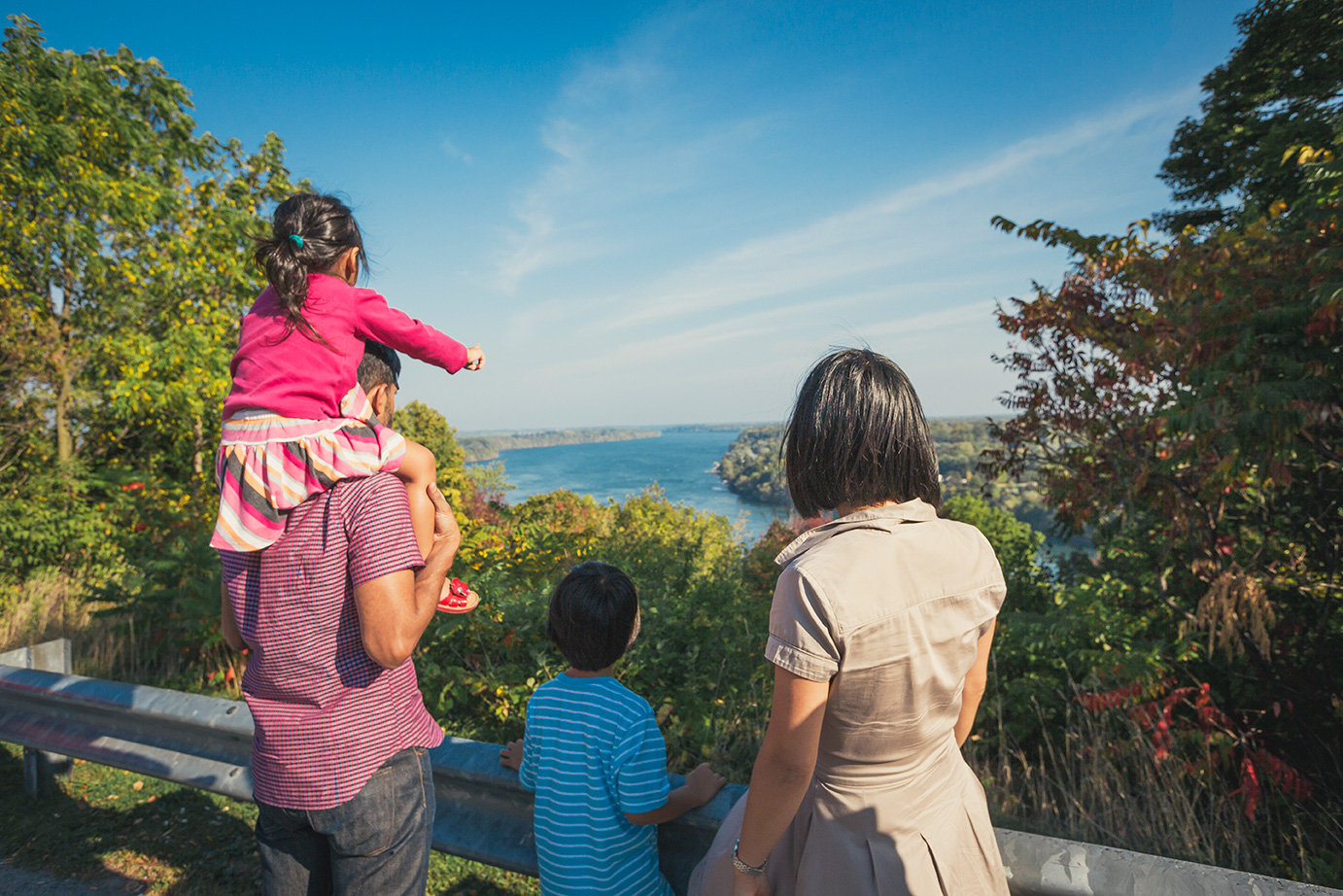 7. Niagara Falls might be the most Instragrammed waterfall in the world, but Niagara is home to heaps of too-pretty nature scenes. The verdant region has 42 conservation areas, including Ball’s Falls, which although much (much!) smaller than the region’s namesake falls, are maybe more enjoyable as there’s never a crush of tourists infiltrating your waterfall selfie. And that’s just one of many waterfalls to discover in Niagara, which also boasts amazing hikes though thick Carolinian forests and impressive escarpments.

8. Flanked by two great lakes—Erie and Ontario—summers in Niagara have no shortage of aquatic fun. Adventure seekers can be found kiteboarding at Sunset Beach or kayaking the canal, while those who prefer more meditative mornings might prefer casting their lines into the Niagara Whirlpool.

9. Niagara is about to become Ontario’s sports epicentre. The 2021 Canada Summer Games—basically our domestic version of the Olympics—will be hosted in Niagara. More than $100 million will be invested in the region’s sports infrastructure, which will include the Canada Games Park, a state-of-the-art sport facility with ice pads, a para-sport gymnasium, high-performance training facilities, indoor and outdoor tracks, beach volleyball courts and more. After the games wrap up, the facility will be open to the community.

10. Everyone knows about the Shaw Festival, but Niagara hosts hundreds of festivals every year including Grape and Wine Festival, Canal Days, Cicada Music Festival, and the Niagara Jazz Festival. For modern theatre, music and artsy films, there’s always something interesting going on at the FirstOntario Performing Arts Centre, a four-venue complex with a 775-seat concert hall, 300-seat recital hall, 210-seat theatre and 187-seat film house. With two 5,000-person concert venues—the Fallsview Casino and the Meridian Centre—Niagara has been attracting some serious star power; Elton John, Bryan Adams, and Jerry Seinfeld are just a few heavy weights who’ve stopped in.

11. Toronto’s only a short drive away, and with GO Train expanding to Grimsby, St. Catharines and Niagara Falls over the next three years, soon, it will be easier to get to Union from Niagara than it will be to ford the DVP at rush hour.