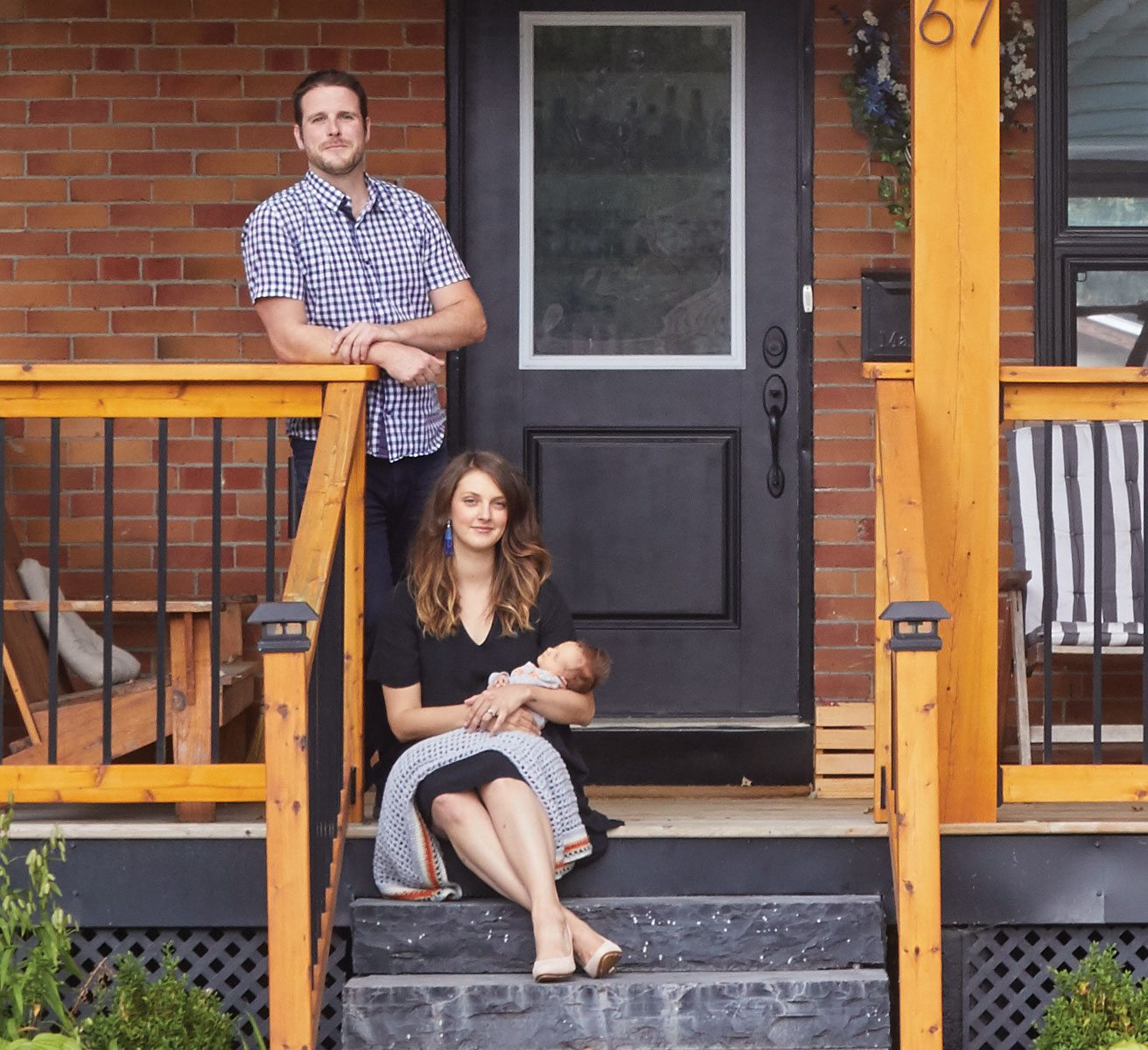 Who: Steve Herzog and Kyla Kryski
Where: Mimico
Purchased in: September 2013, for $406,500
Cost of renovation: $250,000 to $300,000
Construction duration: 2.5 years
Reno highlight: Their neighbour let them take down a fence and use part of his driveway to bring stuff in and out. He even rented them his basement when they could no longer stand living in a construction zone.
Reno lowlight: Their permits were delayed by six months because of a clerical error at city hall. 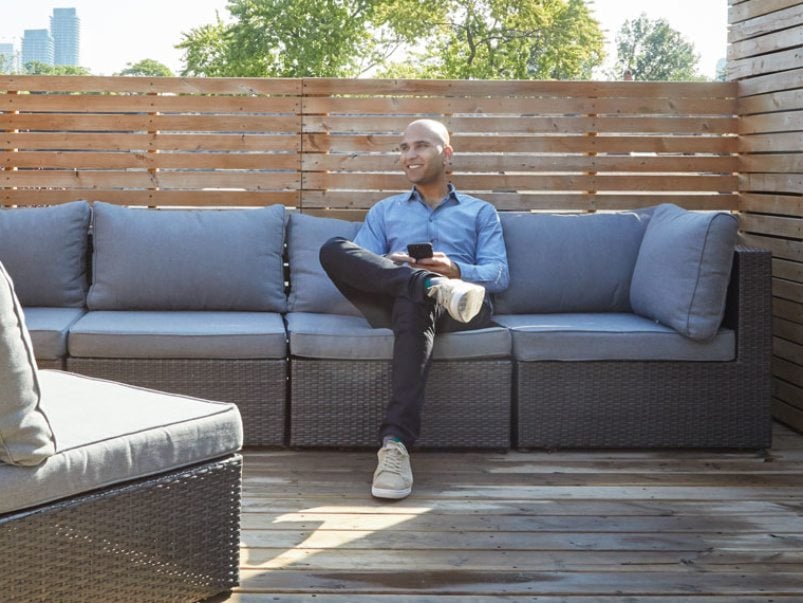 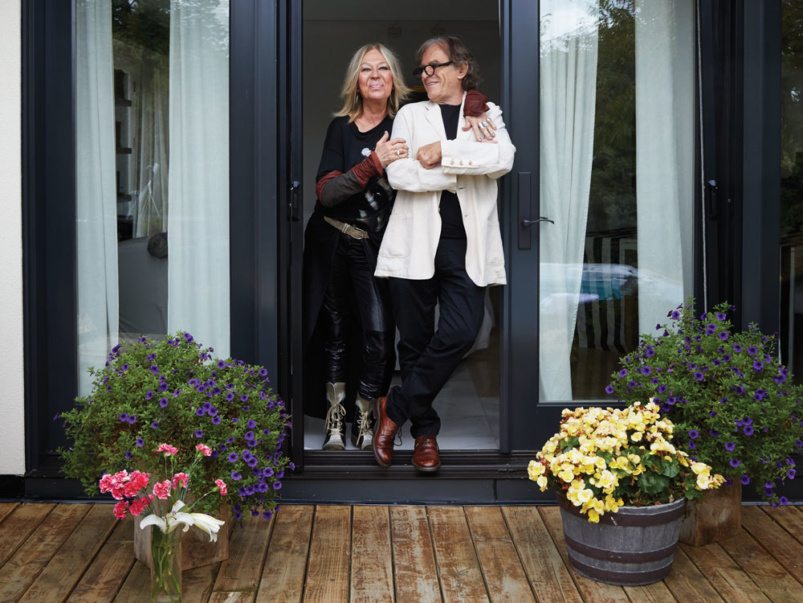 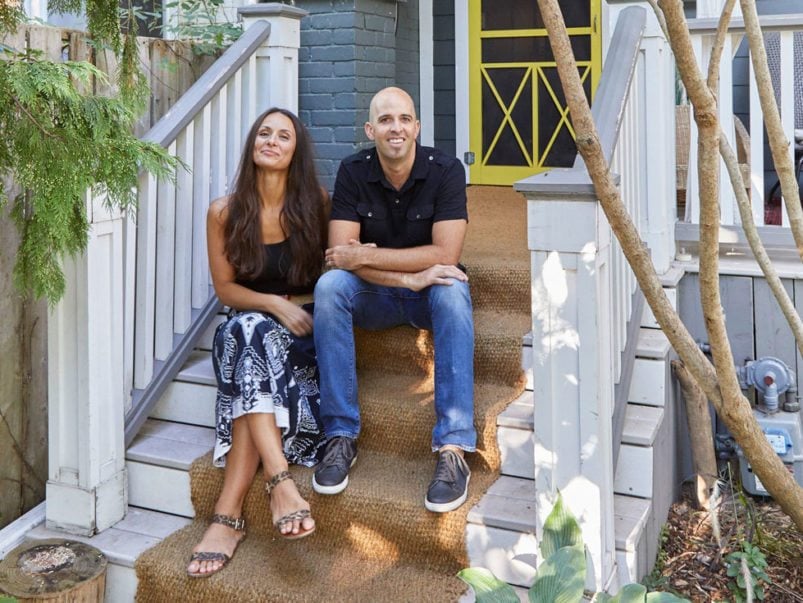 Steve Herzog, an energy and environmental consultant with a background in construction, and his wife, Kyla Kryski, a publicist, knew they wanted kids, but their one-bedroom CityPlace suite was too small. They’d crunched the numbers and realized it would be cheaper to add two floors to a one-storey house than it would be to buy a multi-storey house outright—if they did most of the construction themselves, that is. So they sold their condo for $330,000 and started hunting for a bungalow under $500,000. Proximity to Lake Ontario was high on their wish list. The lake is special to them, because they were married on Algonquin Island in 2012.

They found a place in Mimico for $406,000 and started drawing up plans for three kid-sized rooms on the second floor and a master suite above that. They would hire tradespeople to do the exterior framing, plumbing and parts of the roof and siding. The rest would be on them.

Steve was so eager that he showed up on closing day with a mini-excavator to start digging a trench around the perimeter to install weeping tile. They left most of their possessions in storage and moved into the house with little more than a beer fridge, a hotplate and their two Bengal cats, Nico and Lynx. But their excitement was premature: a lengthy permit delay held up their construction plans until the following August. They weren’t looking forward to a winter in a house without a roof, so they rented their new neighbour’s basement apartment and started living there. Kyla switched to a 9-to-5 job doing social media for TVO so that she could focus more on the construction. They spent every evening working until they were too tired to move. By February 2016, the renovation was far enough along that they could move in. They were still putting on the finishing touches this August when their daughter, Hailey, was born. 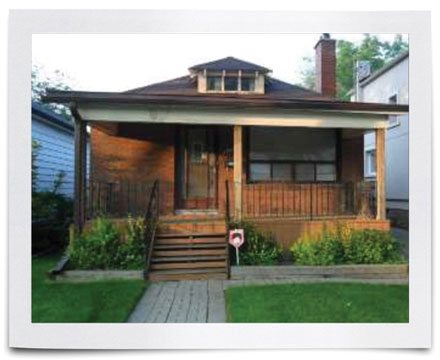 After they added two storeys, it’s 2,200 square feet and looks like this: 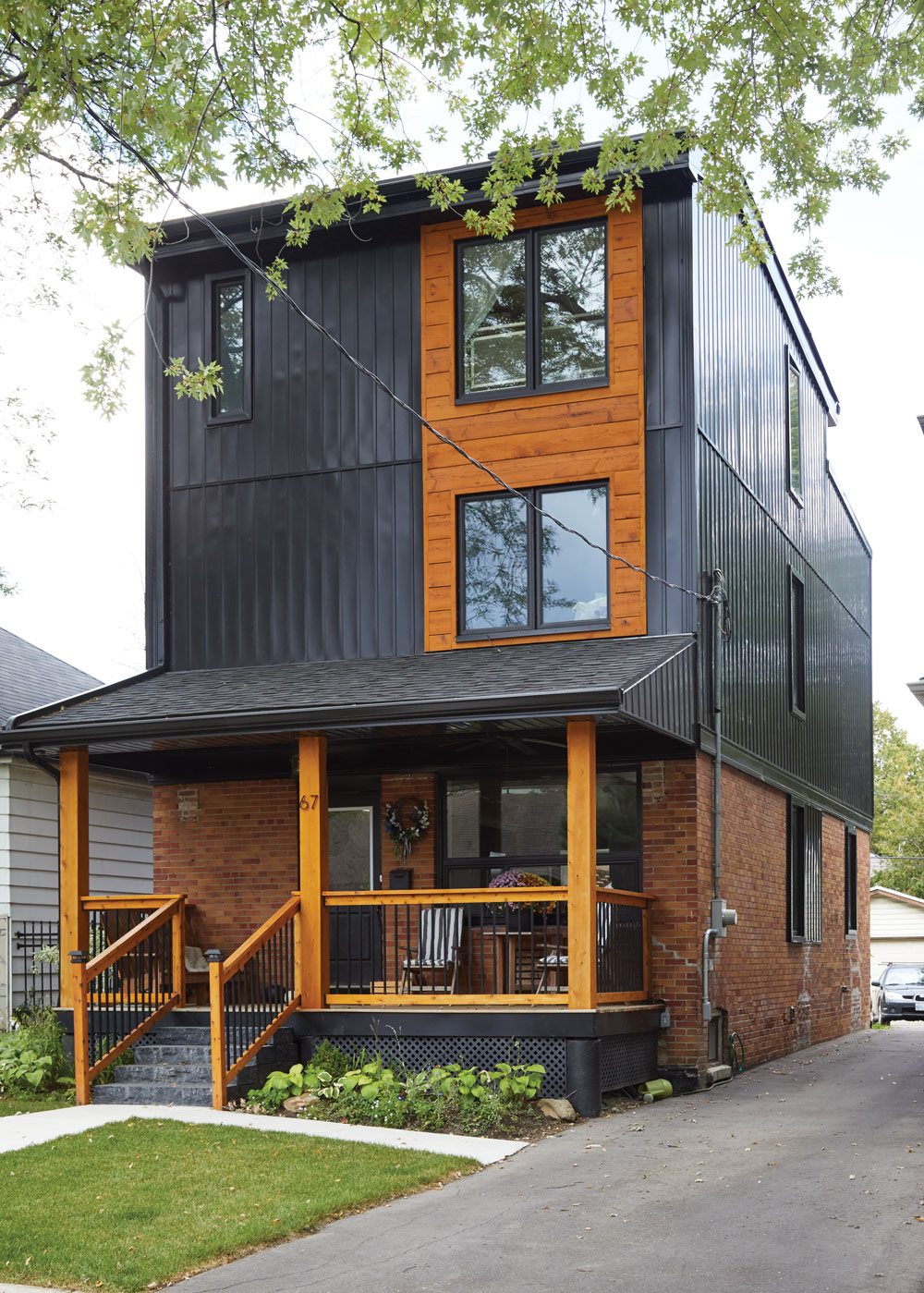 They cut, sanded and installed all the wood planks for the floors, some of which are two feet wide. They also built a custom banquette and dining table for their kitchen: 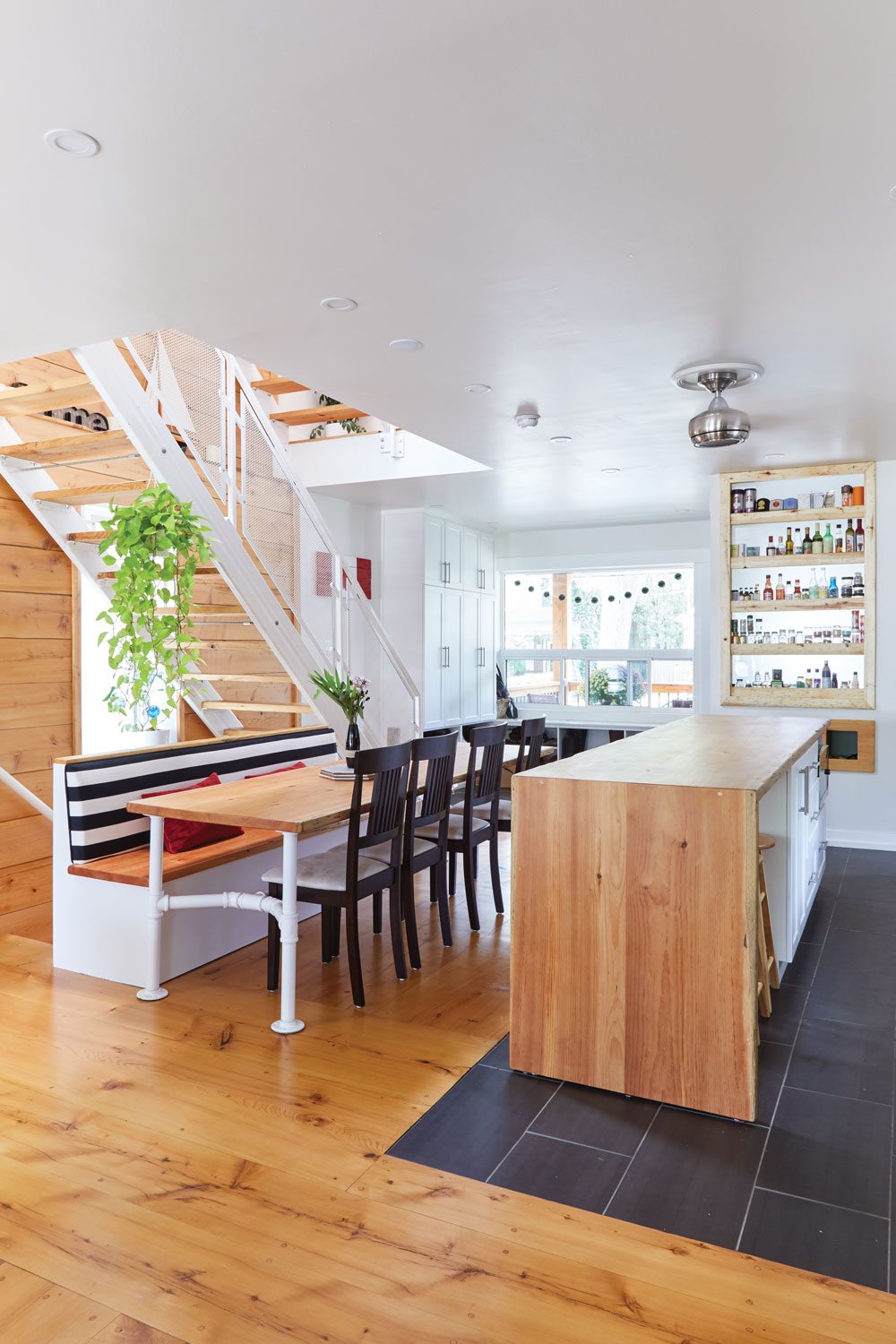 Steve designed a built-in fish tank in the living room, with plumbing that pumps nutrient-rich wastewater into the garden, saving them money on both water and fertilizer: 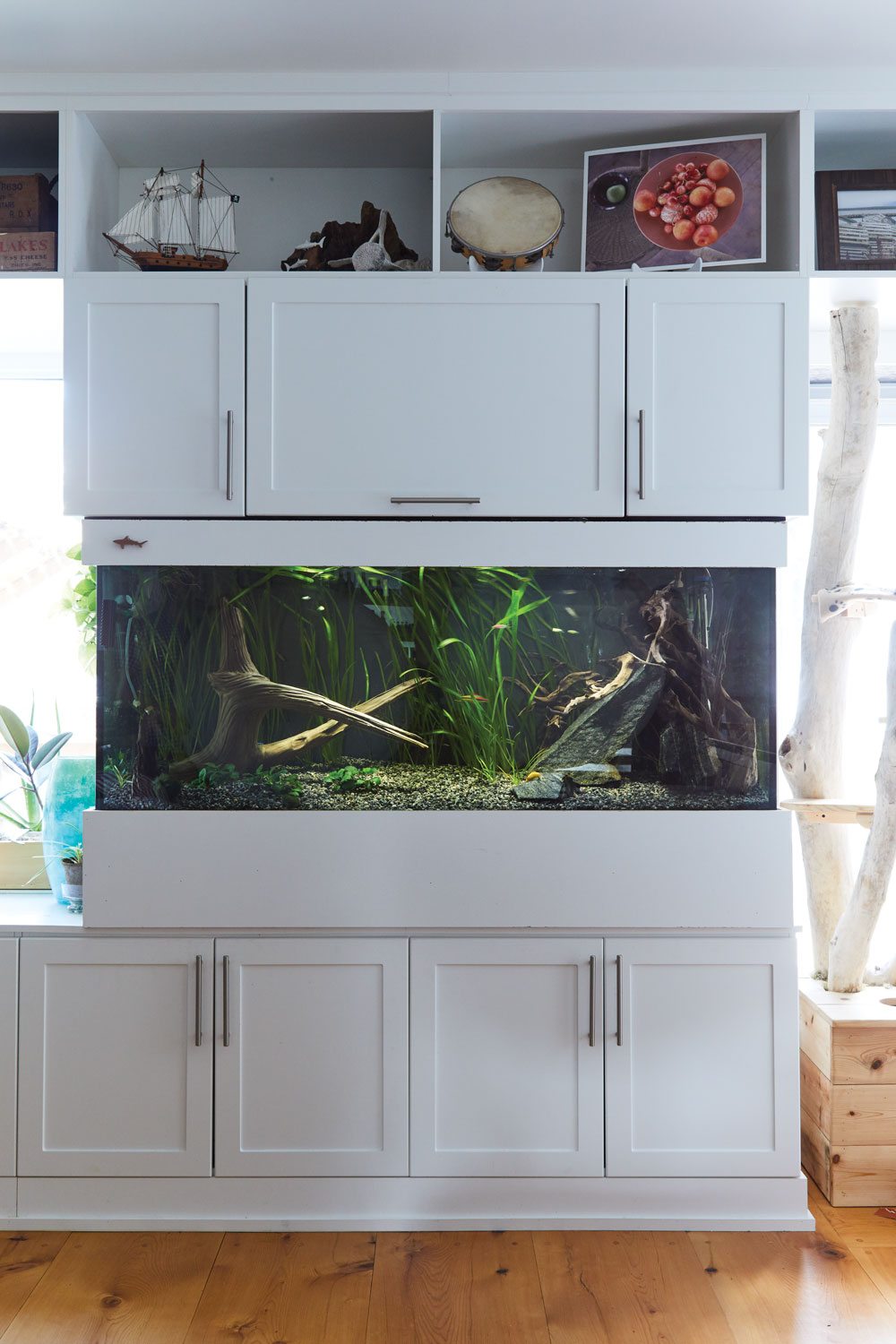 The house contains two “living walls”—this large one in the living room and a smaller one in the master bedroom on the third floor: 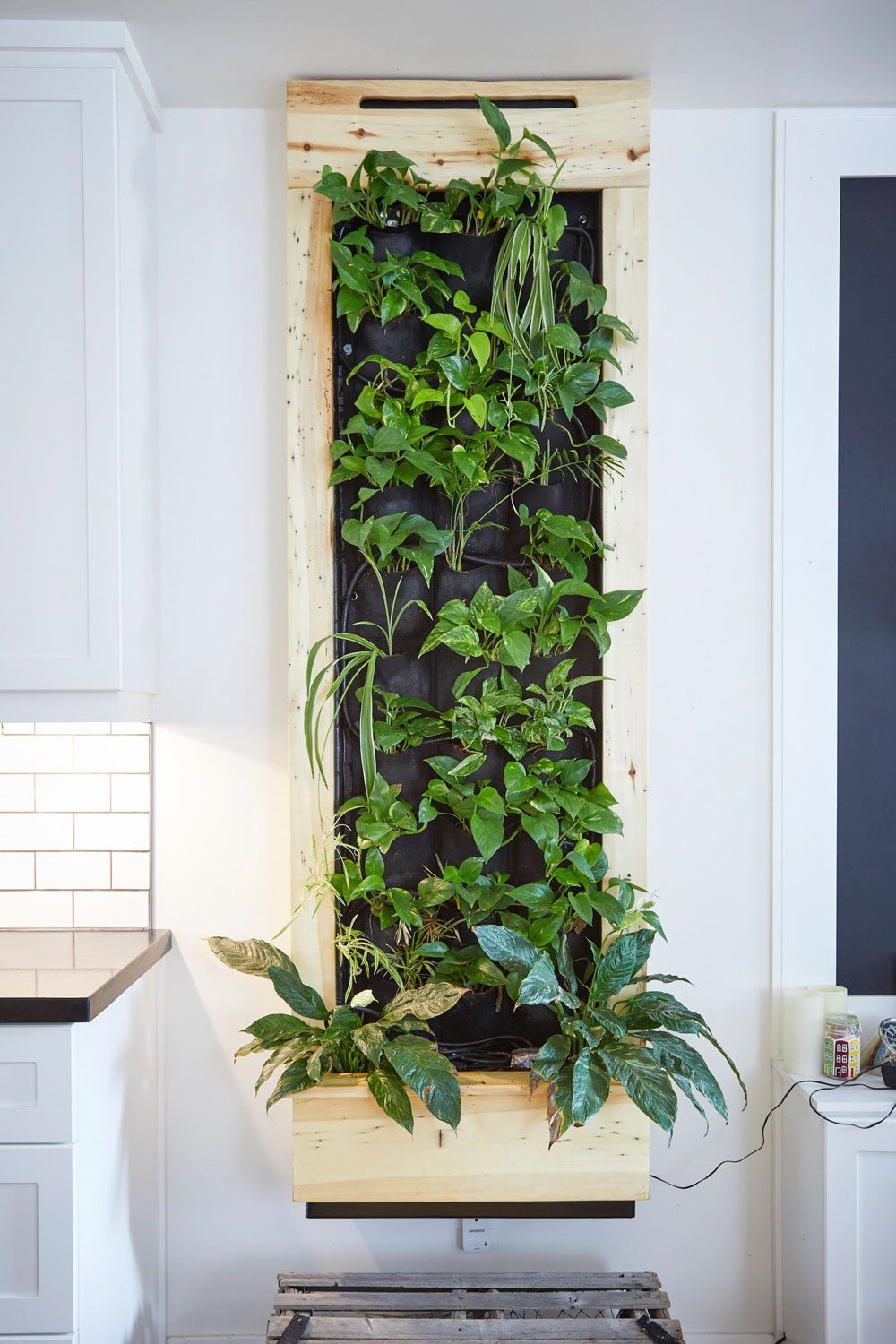 They found this newspaper ad from an early-1930s Toronto Star during the demolition. It had been used as insulation: 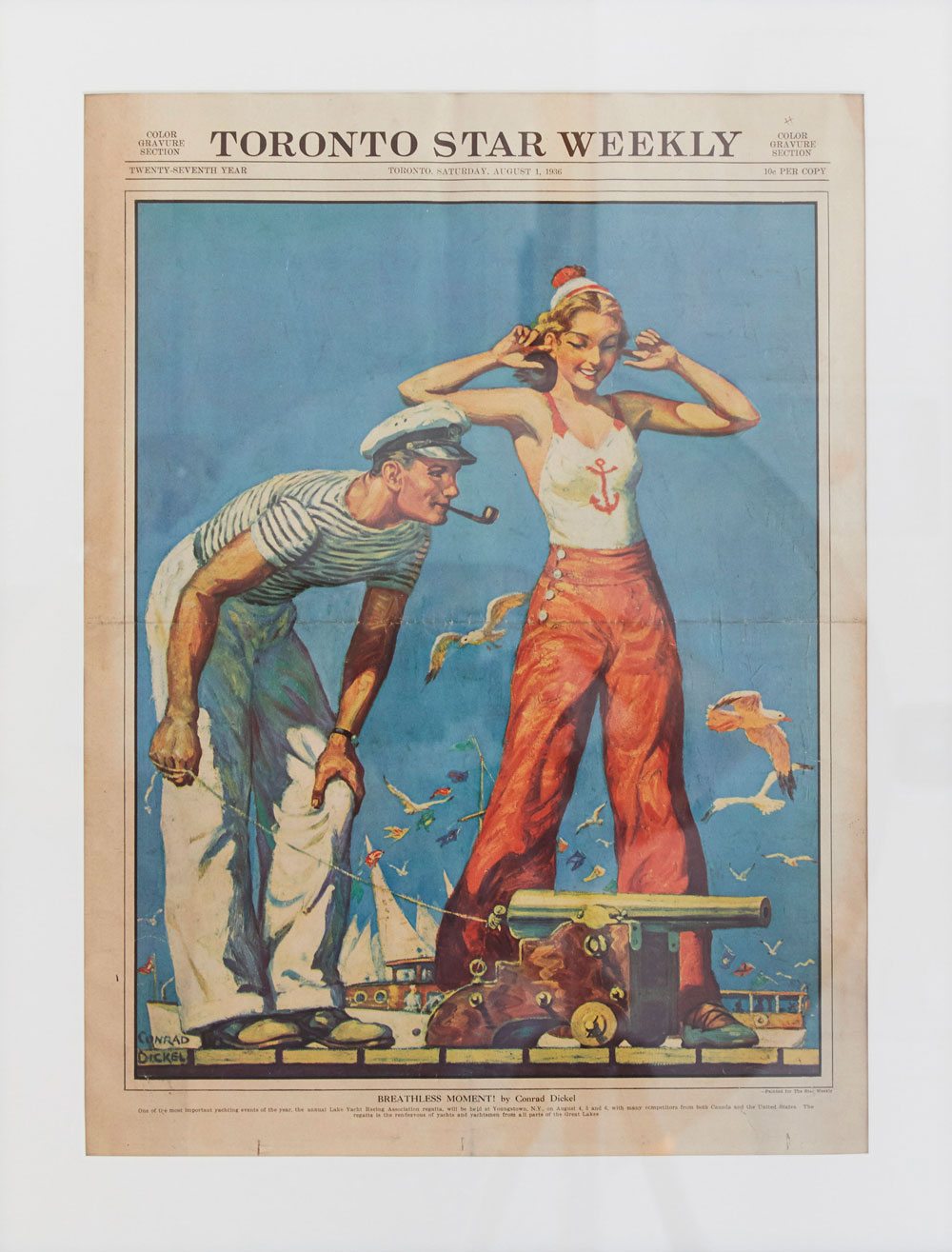 The nautical charts in the new master bedroom are for Muskoka, where Steve spent his summers as a kid; Cape Breton, where Steve’s mom is from; and Newfoundland, where Kyla’s family is from: 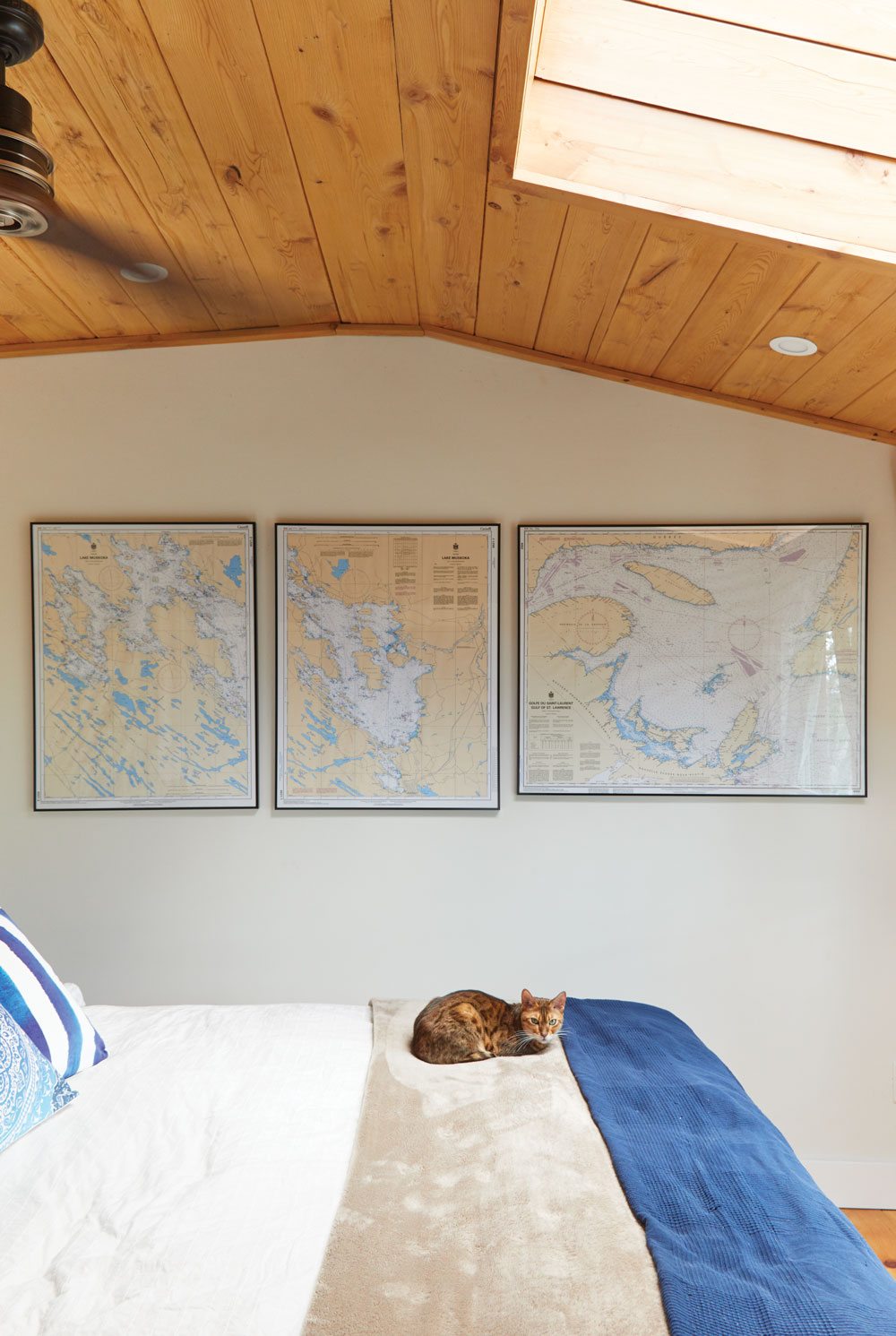 They used this 2.5-foot-long piece of cherry wood on the third floor, as decoration: 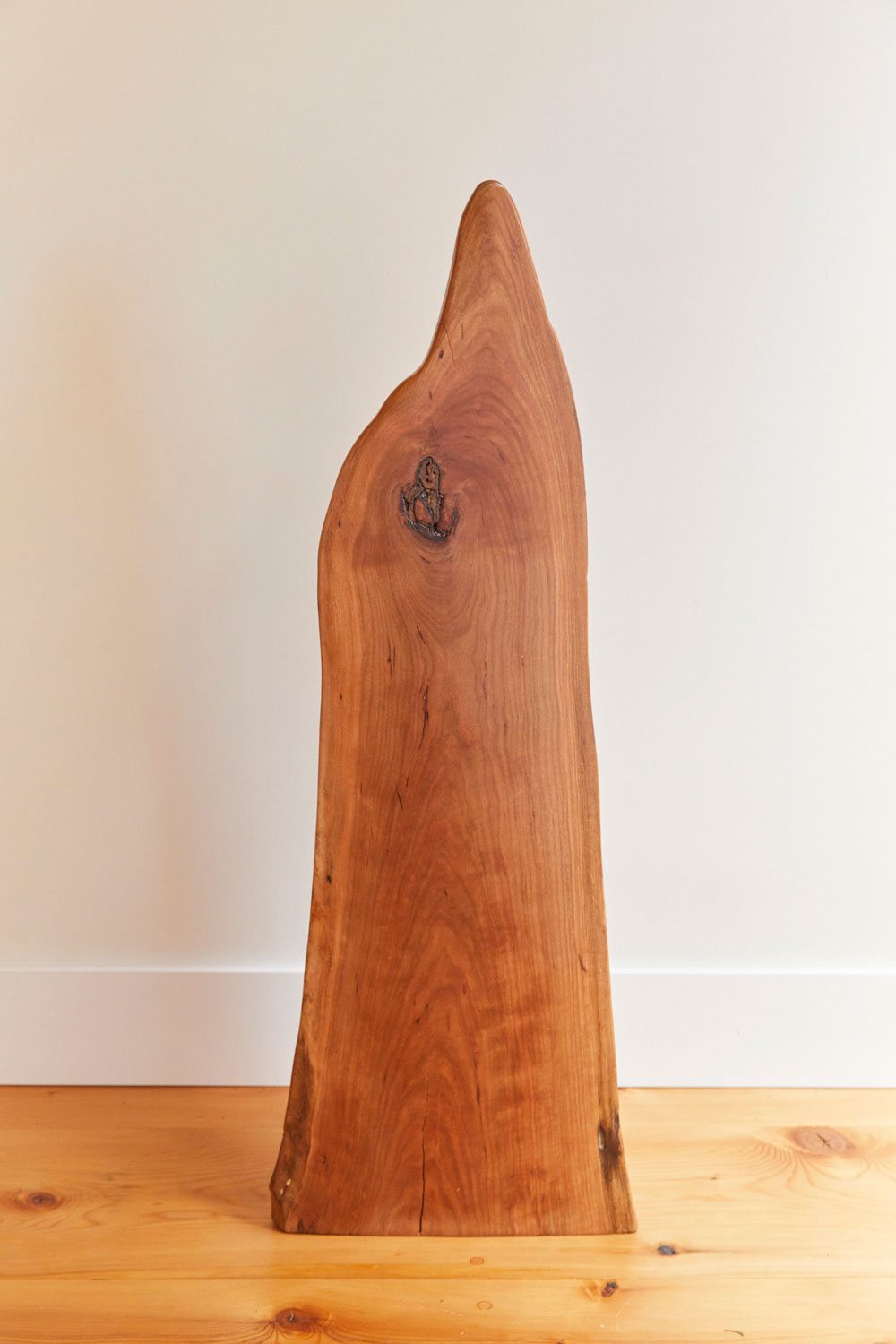 Kyla is almost five foot 10, so she insisted on a deep soaker tub in their third-floor master bathroom: 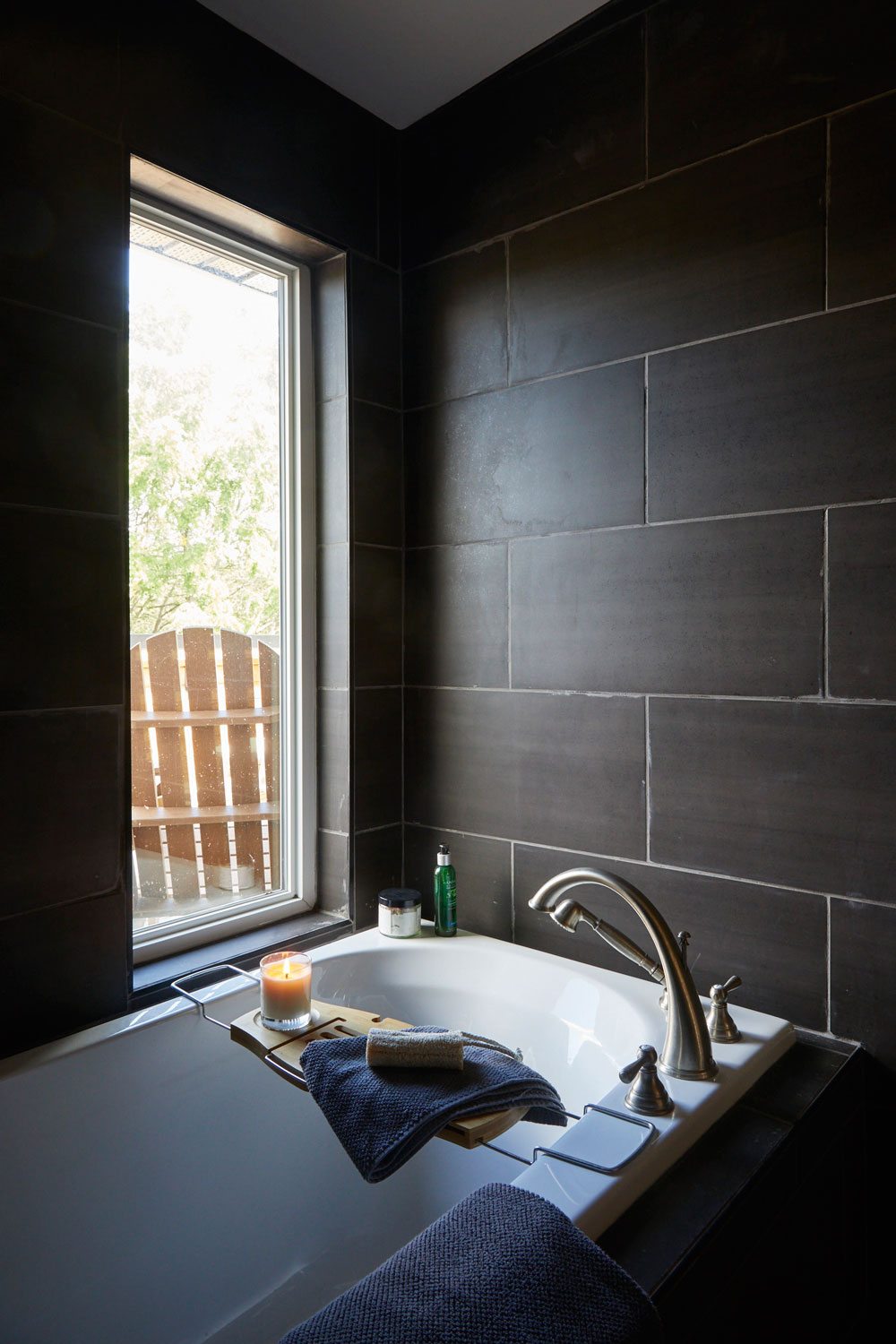