This candy magnate’s indoor pool has its own miniature waterfall

This candy magnate’s indoor pool has its own miniature waterfall

Who: Philip Terranova, the 69-year-old former owner of Oak Leaf Confections and SweetWorks, and Audrey Allen, a 51-year-old semi-retired management analyst
Where: Lawrence and Leslie

Philip is originally from Buffalo, where his family owned Niagara Chocolates, a candy manufacturer. He moved to Canada when he acquired Oak Leaf Confections, a Toronto-based company. He and Audrey were unsure whether they wanted to settle permanently in the city, so they spent nearly a decade living in a one-bedroom condo near Yonge and Bloor. In 2014, they decided to commit in fine style: by buying a 10,000-square-foot, four-bedroom house surrounded by lush gardens.

After moving in, they realized that their new home’s indoor pool was problematic: it was circular, with a steep six-foot drop-off, making it unsuitable for exercise or casual lounging. Around the same time, they went on a trip to CastaDiva, a posh hotel on Lake Como, where they fell in love with the pool’s air jets and artificial waterfalls.

Back in Toronto, they hired Betz Pools to lead the redesign of their own pool and settled on an L shape with a waterfall and a jet-powered swim lane that acts as a kind of aquatic treadmill. The project took a year and cost $500,000—far more than they expected—because of problems with the house’s foundation. “It got to be a little crazy,” Philip says. But they love the result.

The swim lane blasts a powerful current into the water for swimmers to paddle against: 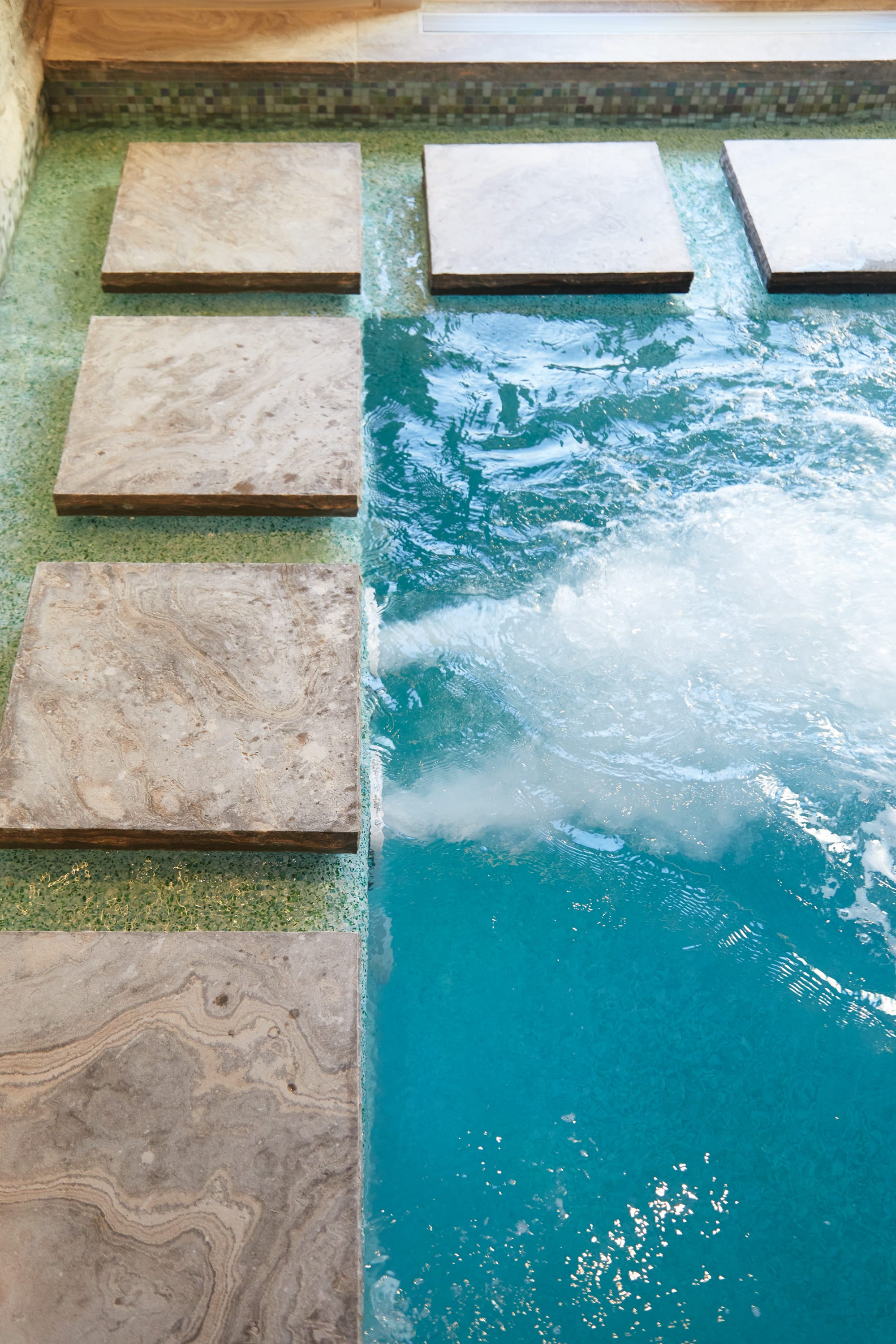 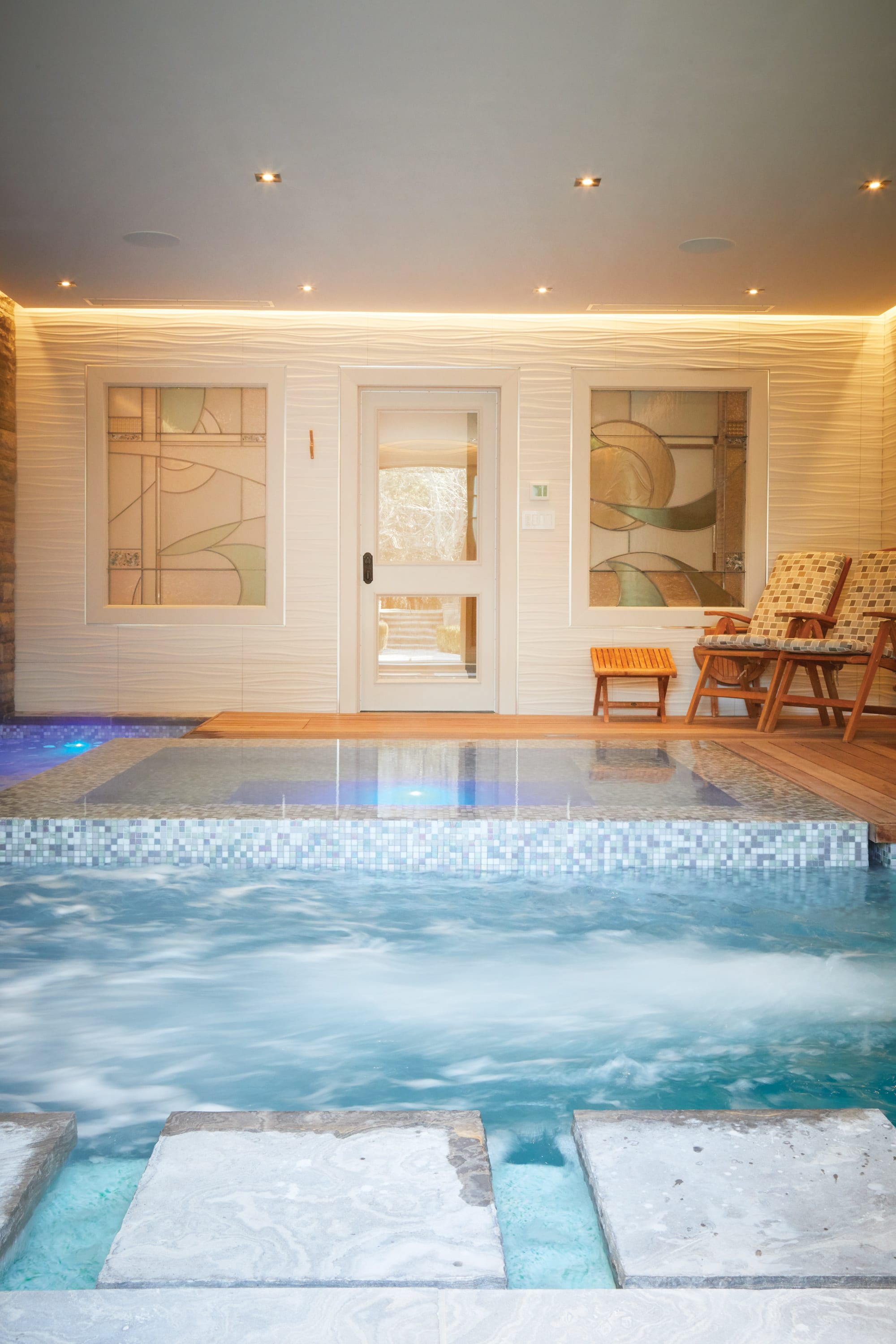 The waterfall adds a touch of Zen to the space: 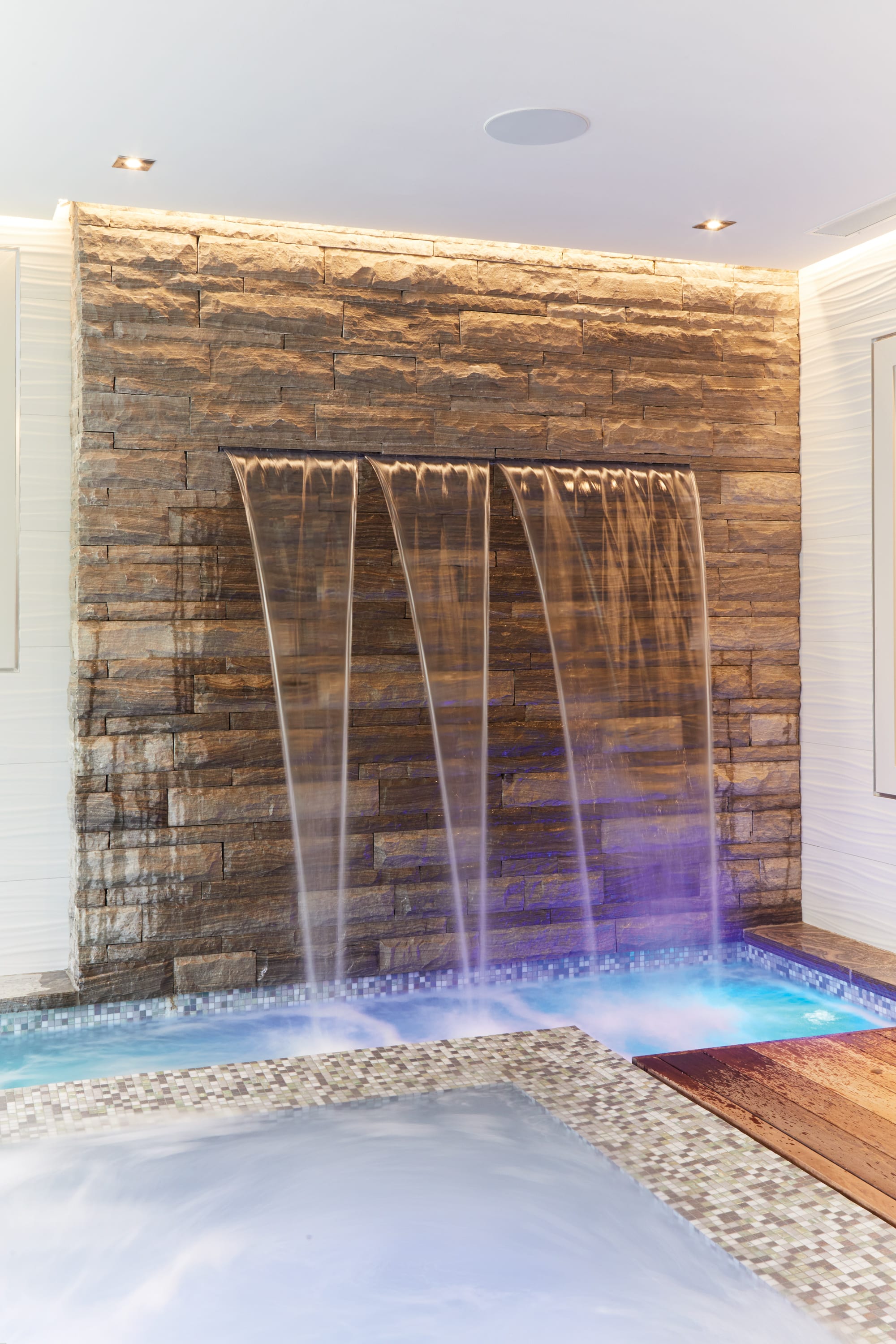 Thousands of iridescent tiles line the jacuzzi, which is outfitted with 15 massage jets: 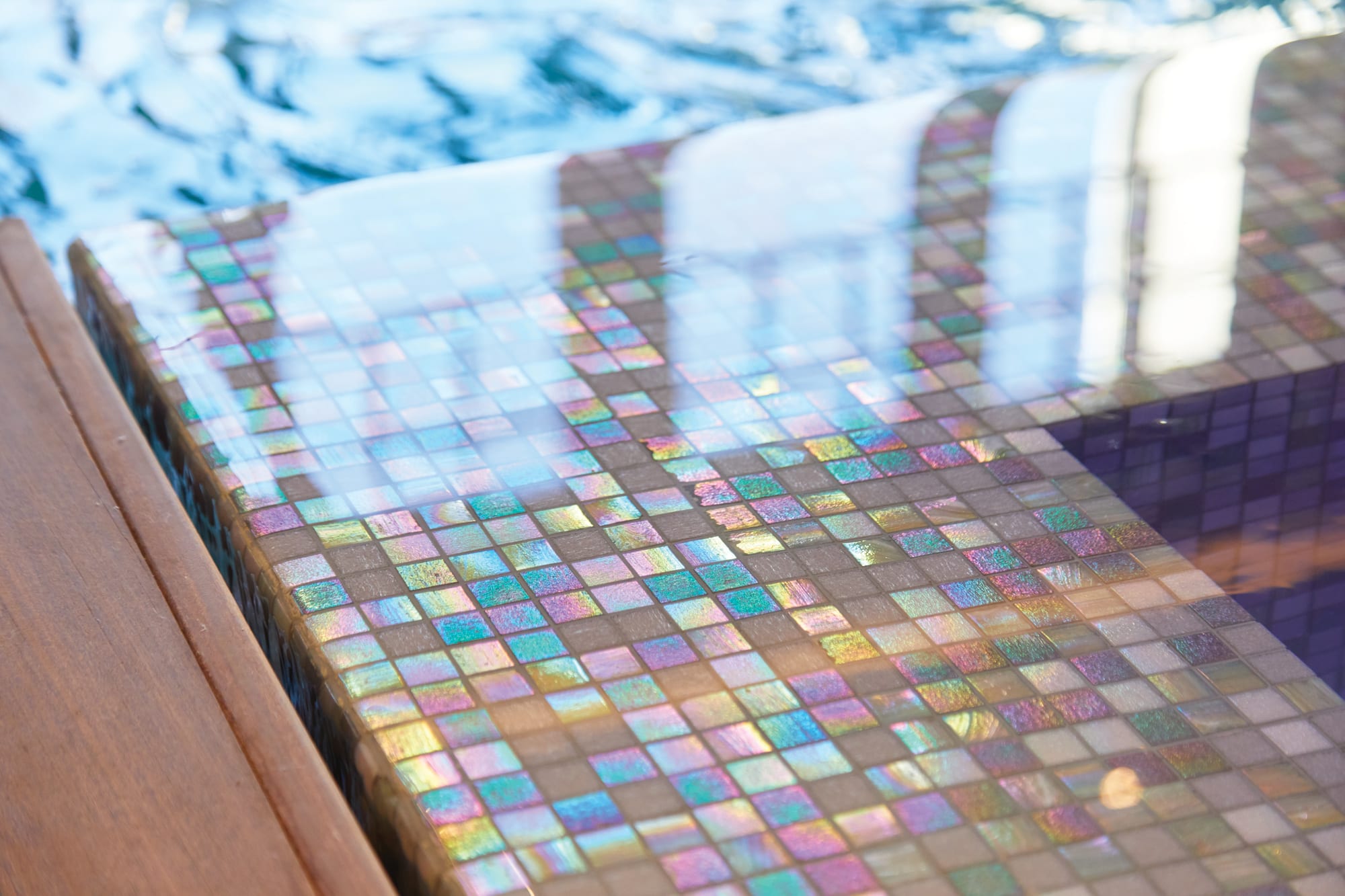