A Toronto family wanted to escape the city—so they bought a $315,000 house in Bracebridge

A Toronto family wanted to escape the city—so they bought a $315,000 house in Bracebridge 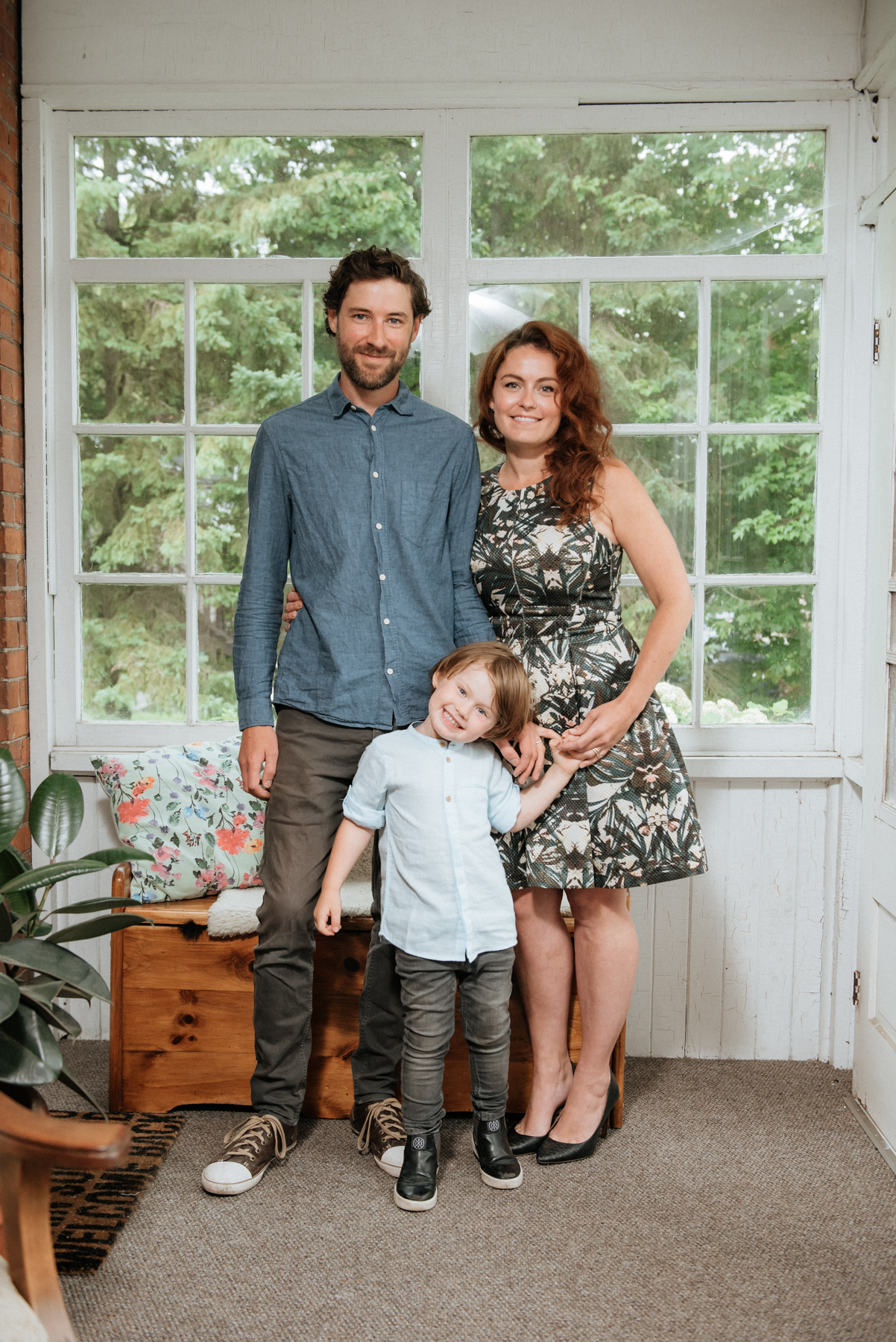 Liam and Nichole both grew up in Elliot Lake, a small town about a two-hour drive west of Sudbury. In 2004, they both moved to Toronto for work—Liam to grow his music career, Nichole for a construction job. Although they knew each other from Sudbury, they only officially got together in 2013, when they connected during an art show at a Queen West gallery. Liam and Nichole started dating shortly after, then got married in 2014 at a four-person ceremony at City Hall. That same year, they moved into a 500-square-foot apartment above a kids’ store called Snug as a Bug, paying roughly $950 a month. Their son Oliver was born soon after. In 2019, the family upsized by taking over a neighbouring apartment, which expanded their space to 1,400 square feet and bumped monthly rent to $2,100.

The family loved living in the Junction. Liam described the area as “Sesame Street” because they knew all the shop owners and a bunch of other young families. But Liam and Nichole always imagined returning to a small town where they could afford a detached home on a plot of land, somewhere with a more affordable cost of living. When Covid hit, Liam’s gigs got cancelled and Nichole started working remotely full time, so they seriously considered turning their dream into reality. They also figured Oliver was young enough to adjust to a new environment. At the end of May, they set a maximum budget of $400,000 and started looking in Bracebridge, a quaint town they had passed en route to visiting family in northern Ontario. They liked its sprawling landscape and that Toronto was less than a two-hour drive for when they wanted to return to the city for Liam’s concerts. Their ideal place: a three-bed, one-bath with a big backyard where they could garden and Oliver could frolic. Nichole also wanted a fixer-upper, so she could add her own aesthetic flourishes to really make the place feel personal.

This three-bed, two-bath detached bungalow was located near the North Branch Muskoka River, where Nichole imagined the family enjoying nature together a few times a week. She also loved the architecture of the 100-year-old house, with its pretty front porch, sloped roof and original hardwood floors. Plus, it had a beautiful backyard with a finished firepit. But the place was only 1,000 square feet—smaller than their Junction apartment—which made it feel more like a cottage than a home. And the main floor had a strange layout, with everything—kitchen, living area, bathroom, a bedroom—situated around the dining room. Still, they decided to place an offer because the place fell tidily within their budget. Liam and Nichole heard from their realtor that there were multiple bidders, so they offered roughly $2,500 over asking, hoping to show the sellers they were serious. Unfortunately, the place ended up going for $17,000 over asking, more than the couple were willing to pay for a house they didn’t absolutely love.

This two-bed, two-bath detached was located just a two-minute drive from the first place Liam and Nichole visited. Nichole liked the look from the outside, with its tiny porch and adorable yellow façade. Inside, it had 1,200 square feet spread across 1.5 storeys, with an open-concept main floor, giving it a much less chaotic layout than the last place. Plus, the place had two spots where Ollie could run around: the big fenced-in backyard and the family-friendly park across the street. It also fell comfortably below the couple’s max budget, leaving them with plenty of cash for upgrades. But as much as Nichole wanted a place she could renovate, this place was too much of a fixer-upper: it needed a new roof and furnace, along with updated drywall on the main floor. The couple decided to move on without placing a bid.

They loved this two-bed, one-bath detached located right near downtown Bracebridge, where Liam could book gigs at a number of nearby bars. The 100-year-old building used to be a law office, giving it some added charm. It was in great shape, too, with a new water tank, plumbing and electrical. Liam and Nichole imagined building a detached garage out back, with a music studio for Liam and an extra bedroom that could be used for visiting family. Inside, it had a small kitchenette—which they would have to renovate—and there was some old carpeting left over from when it was an office, but it would give Nichole her project. They offered $315,000, slightly under asking, planning to save some money for the necessary renovations. Within 24 hours, the seller accepted.

In mid-July, they moved in. They’re close to finishing the new kitchen, with plans to add another bedroom and bathroom for more space, along with a back deck for entertaining. After building the garage, they expect everything to cost $80,000. Liam, Nichole and Oliver are already enjoying small-town life. Liam played a few shows at a nearby pub, Oliver will start horse-riding lessons soon and Nichole continues to work remotely, without being bothered by the daily clatter of urban living.