Jessey Njau never wanted to be a farmer. He’d spent most of his adult life working as an IT consultant, and it wasn’t until three years ago, while listening to a podcast by sustainable agriculture nut Michael Ableman, that he thought, “Hey, maybe I could do that, too.”

A few months later, he quit his cushy tech gig and travelled to B.C. and Quebec to study under organic farming experts. Around the same time, he met his co-founder and the farm’s current coordinator, Misha Shodjaee, who was working on a master’s in environmental science. They decided to open Zawadi Farms, which means “gift” in Swahili, on a friend’s 7,500-square-foot plot of land in North York, and sell their goods at local markets.

The following year, they moved the operation into Jessey’s own backyard—a spacious 3,000 square feet of previously unused lawn in Etobicoke, where they now grow a salad buffet’s worth of produce, including tomatoes, eggplants, peppers, garlic and leafy greens. Most of those veggies are packed up into boxes and sent out weekly to subscribers. Anything that’s left over gets passed along to a program run by Toronto Community Housing and FoodShare Toronto, which sells the produce to low-income housing projects at reduced prices. (Purchasing fresh fruit and veg at local markets can be pricey and isn’t always an option for everyone, says Jessey.) Next year, he hopes to start a training program for other locals interested in running their own urban farms. Here’s a look at Jessey’s backyard.

Jessey and Misha use a greenhouse to extend the growing seasons of certain veggies. Right now, it’s filled with crops that love the heat, like tomatoes, peppers and eggplants: 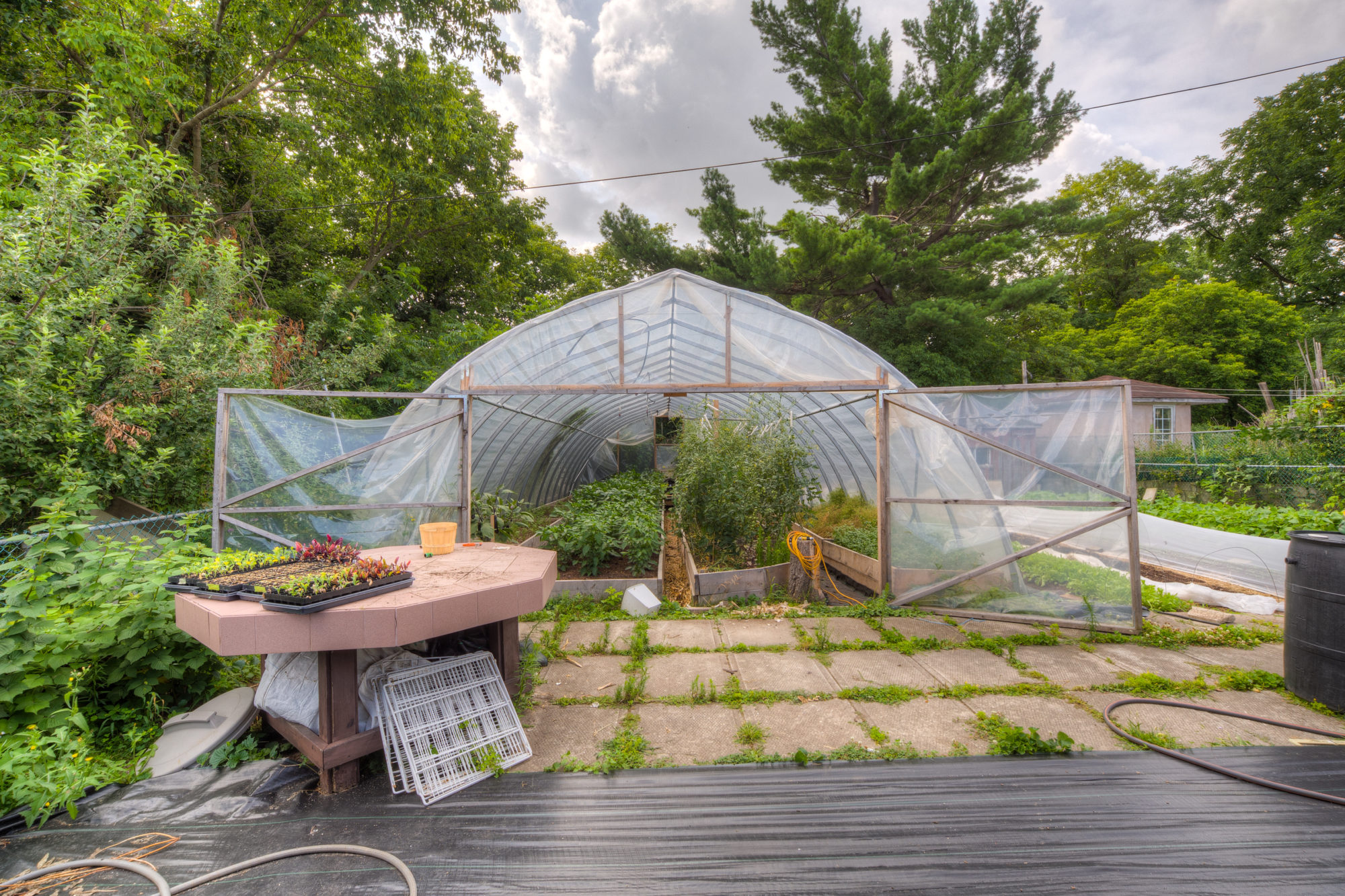 These green peppers are nearly ready to be harvested: 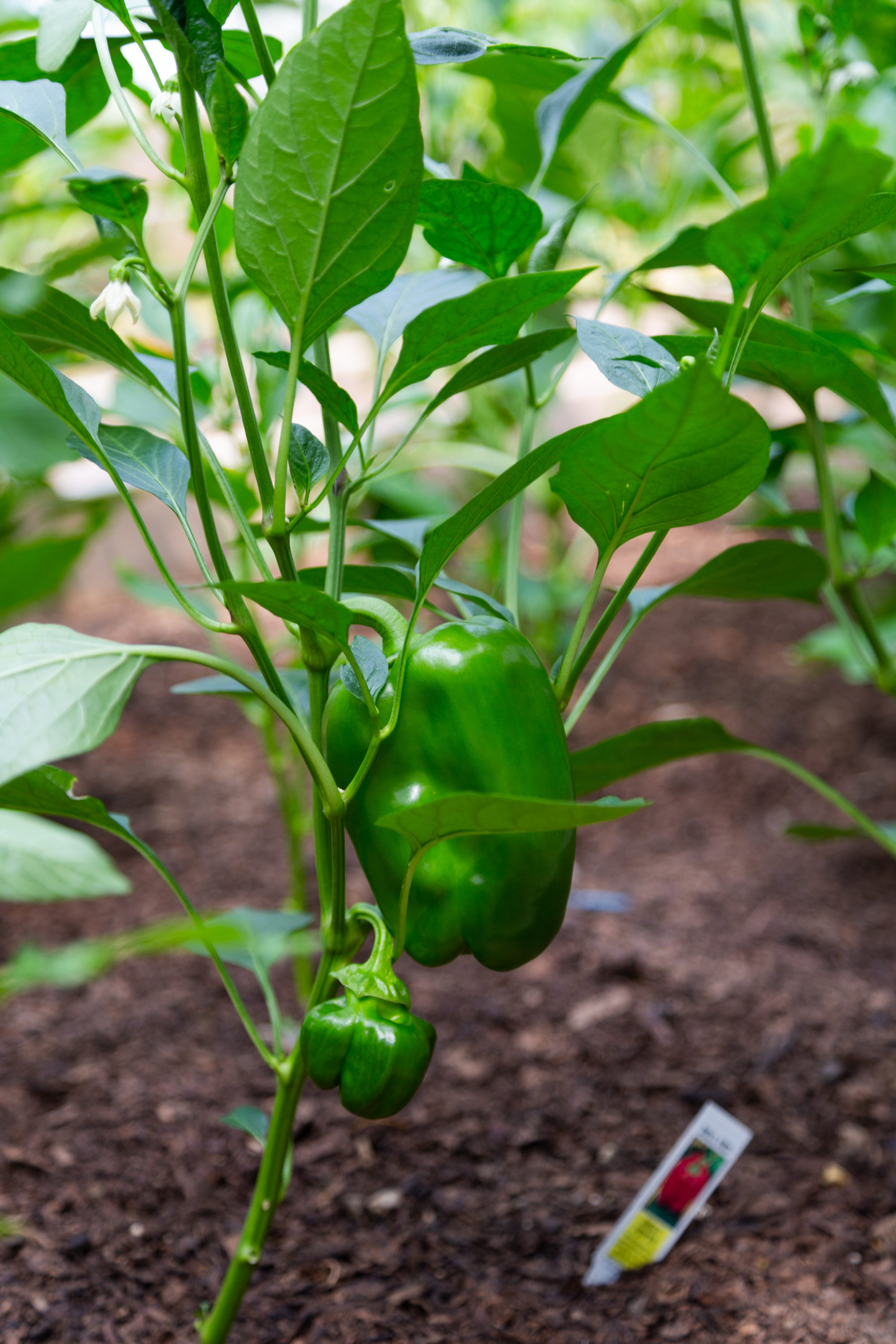 Jessey took a few gardening notes from his Italian neighbours, who have been growing veggies for decades. For instance, he’s learned that planting garlic around the perimeter of the property can keep critters at bay: 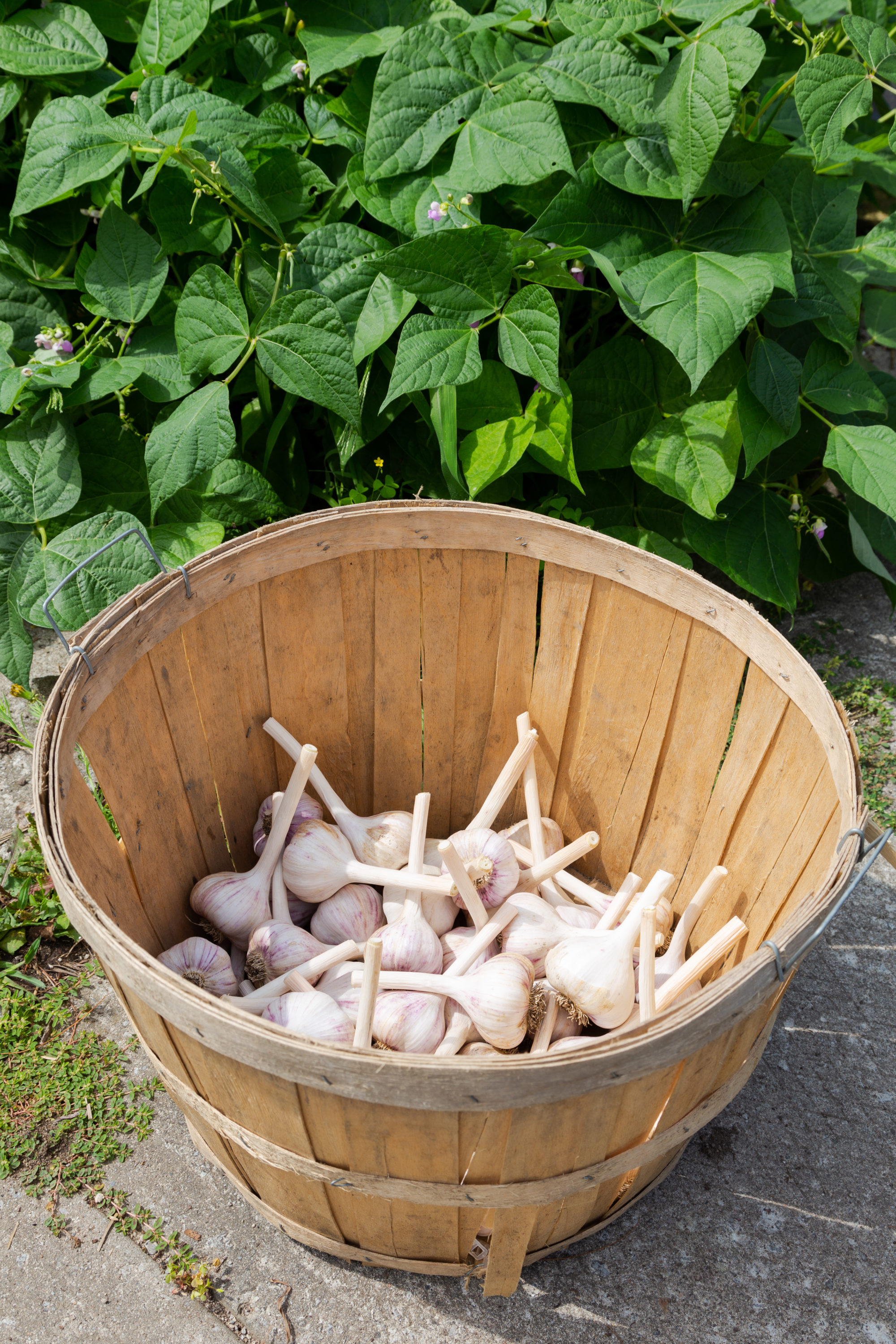 Nothing gets wasted here. Any produce that doesn’t pass the quality assurance test gets turned into homemade sauces. (These tomatoes are all good to go, though): 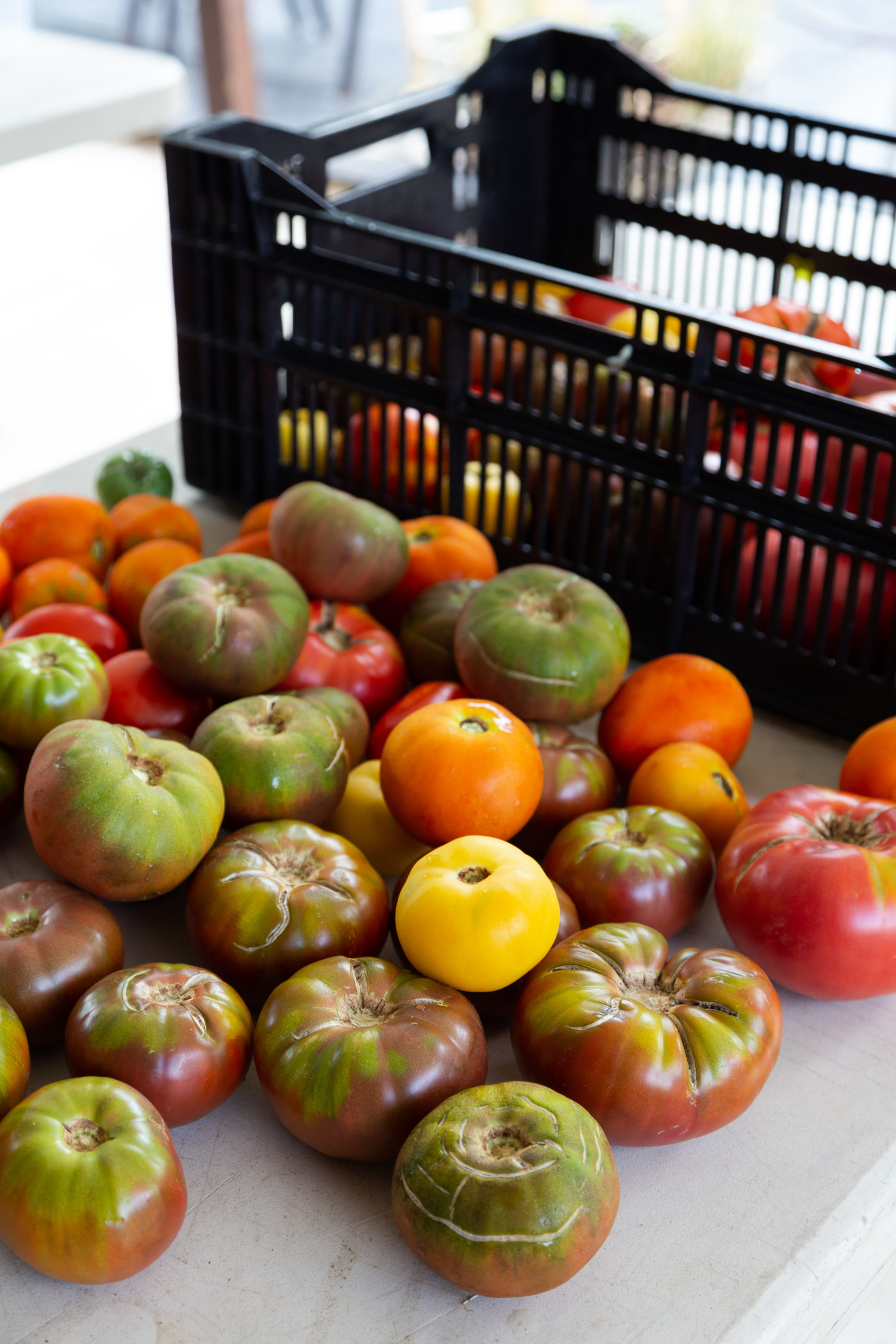 This tarp helps keep the nutrients in the soil and prevents it from drying up in the sun: 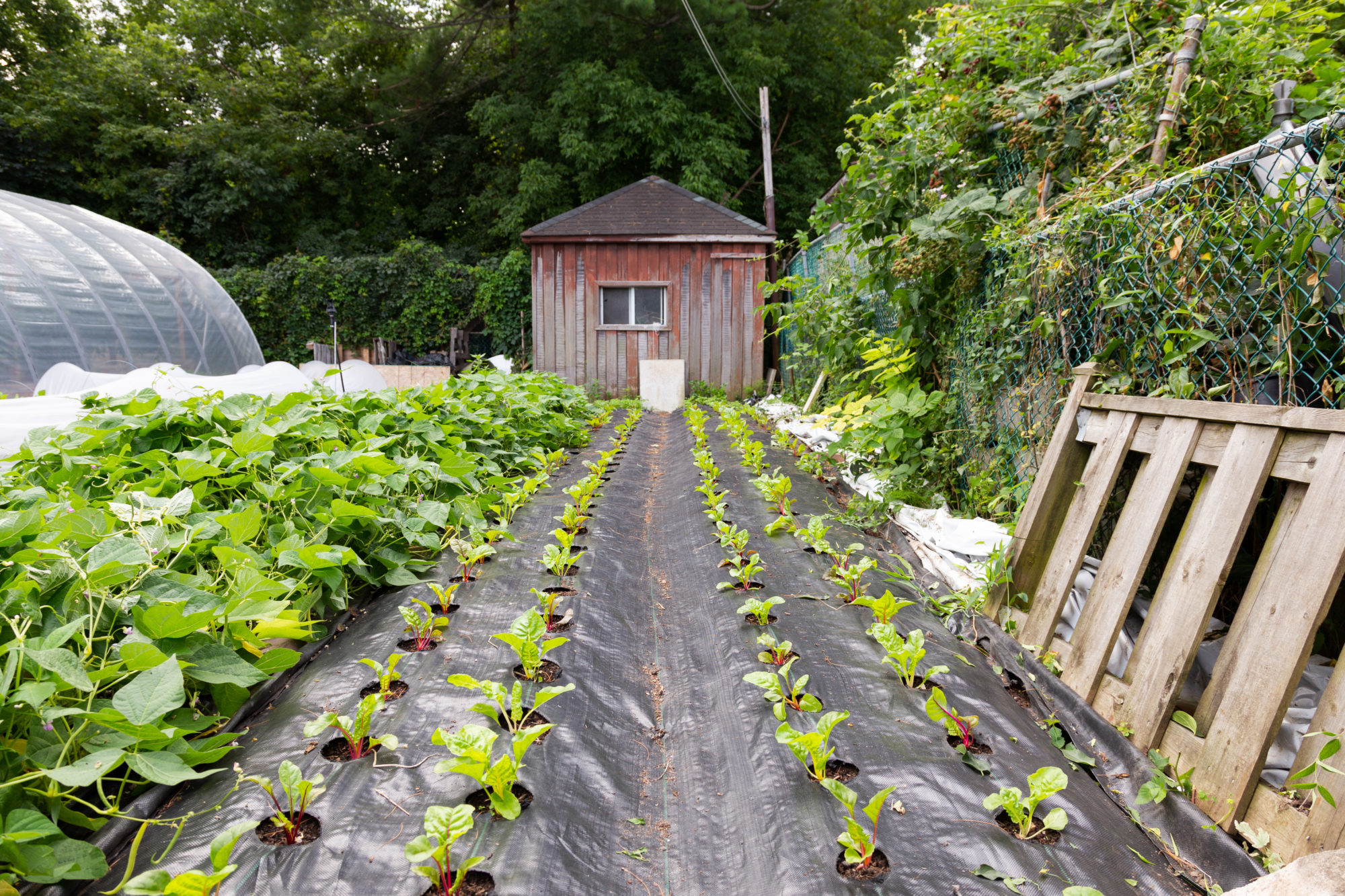 Jessey calls this sink a glorified Jacuzzi. The large tube pumps air into the water, creating bubbles that agitate the veggies just enough to clean them: 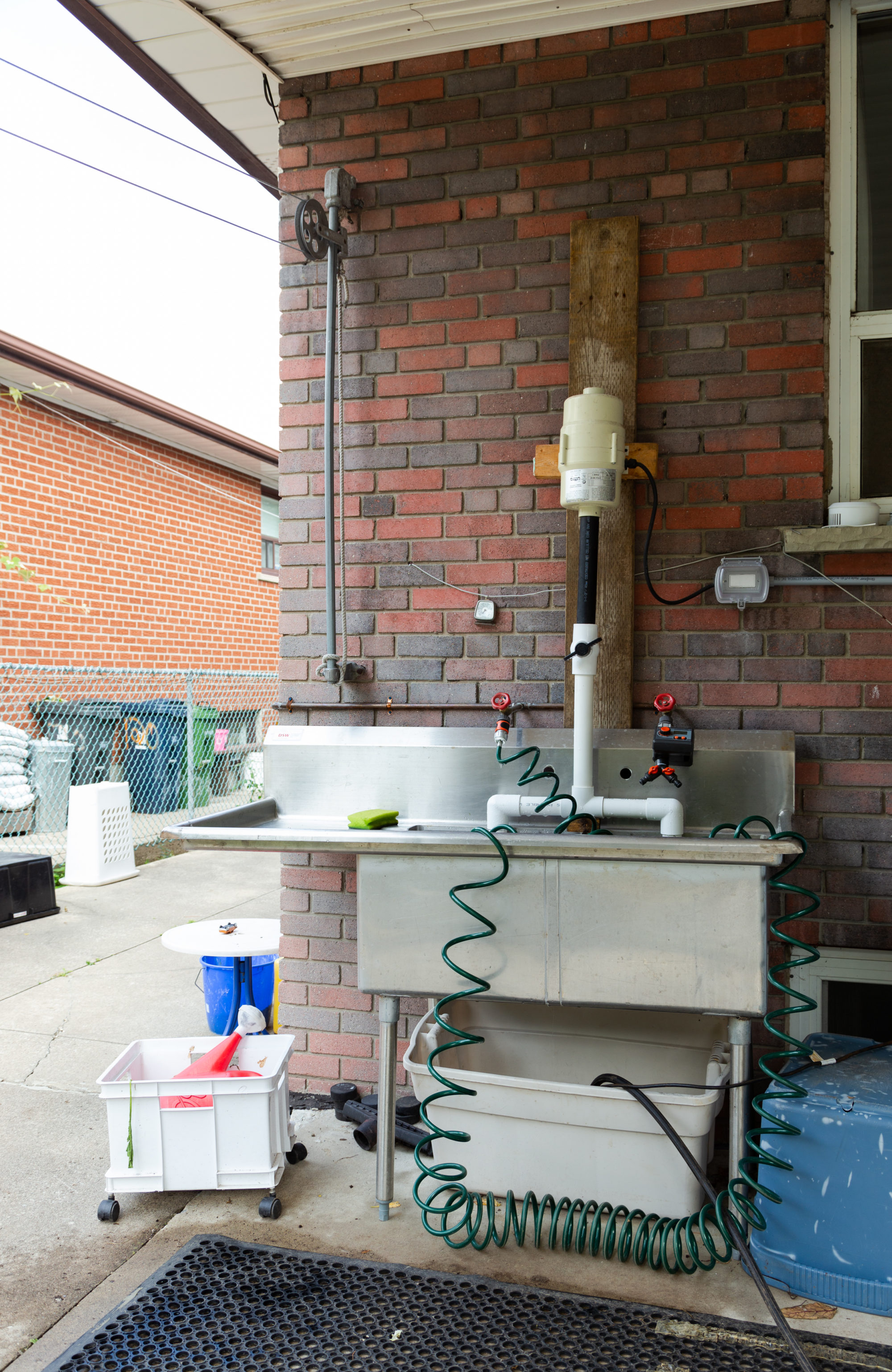 This device is basically a giant salad spinner: 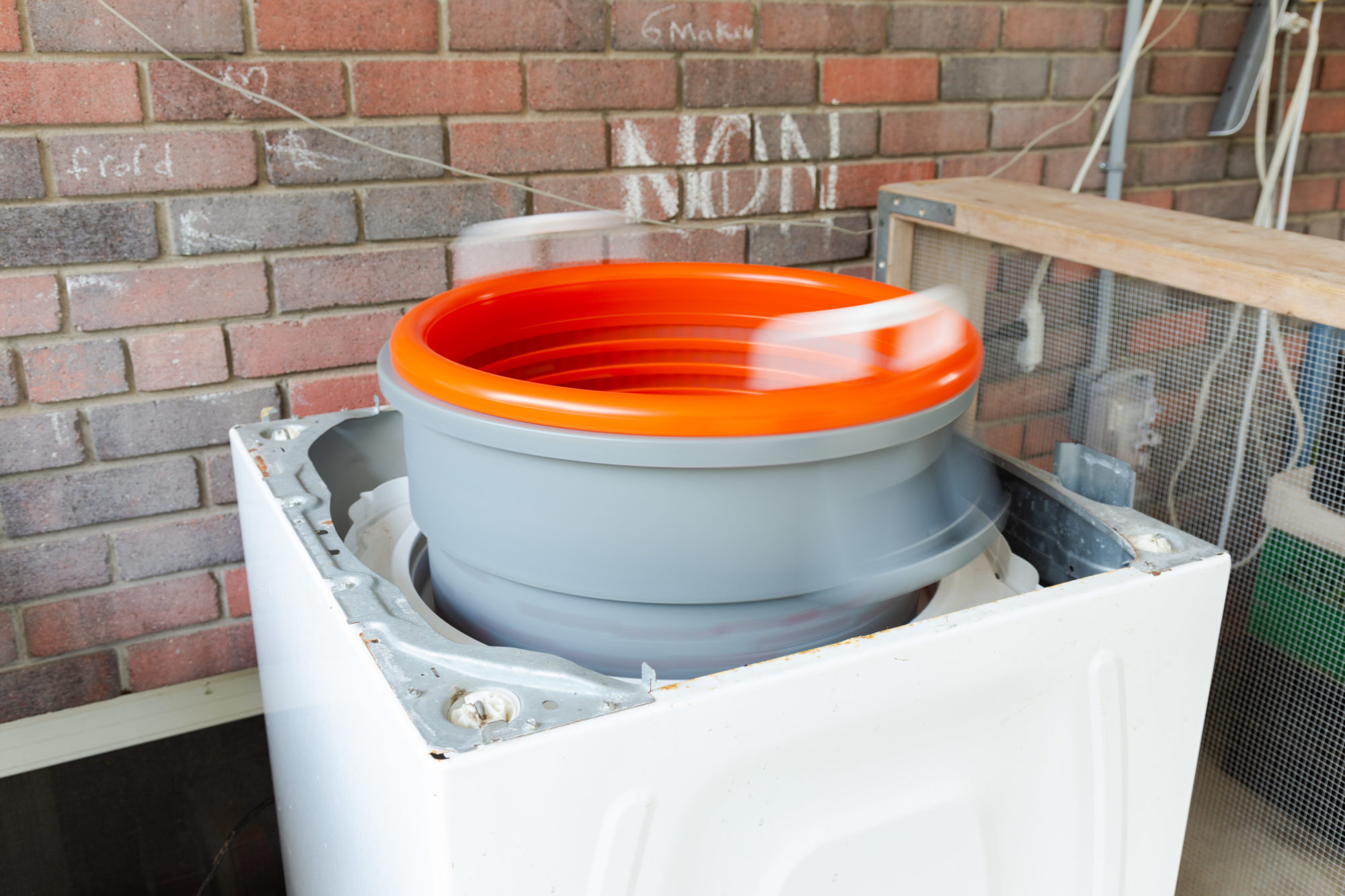 The veggies are all dried on a large rack. (Misha is on the right.): 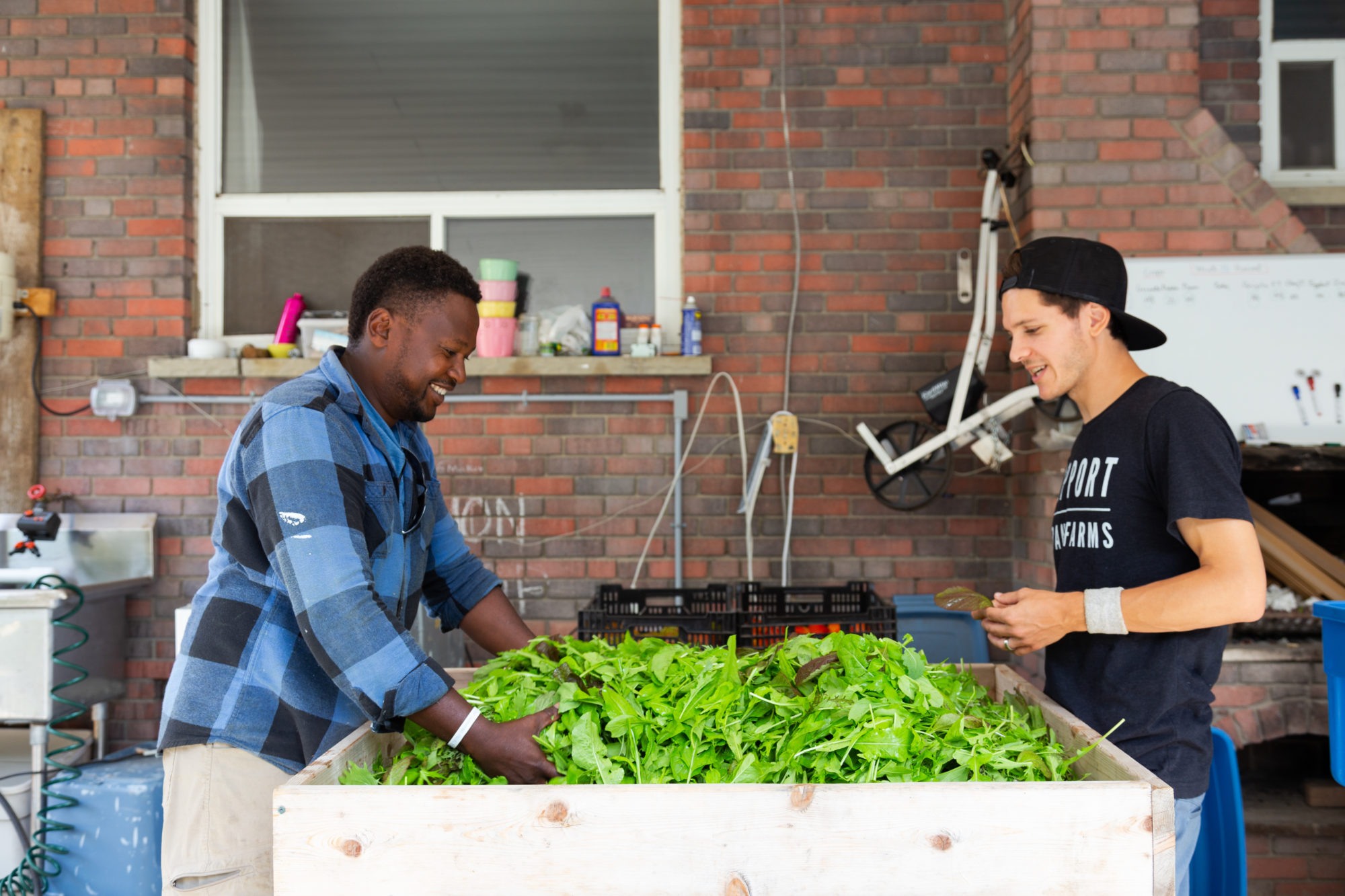 Here they are prepping the week’s produce boxes: 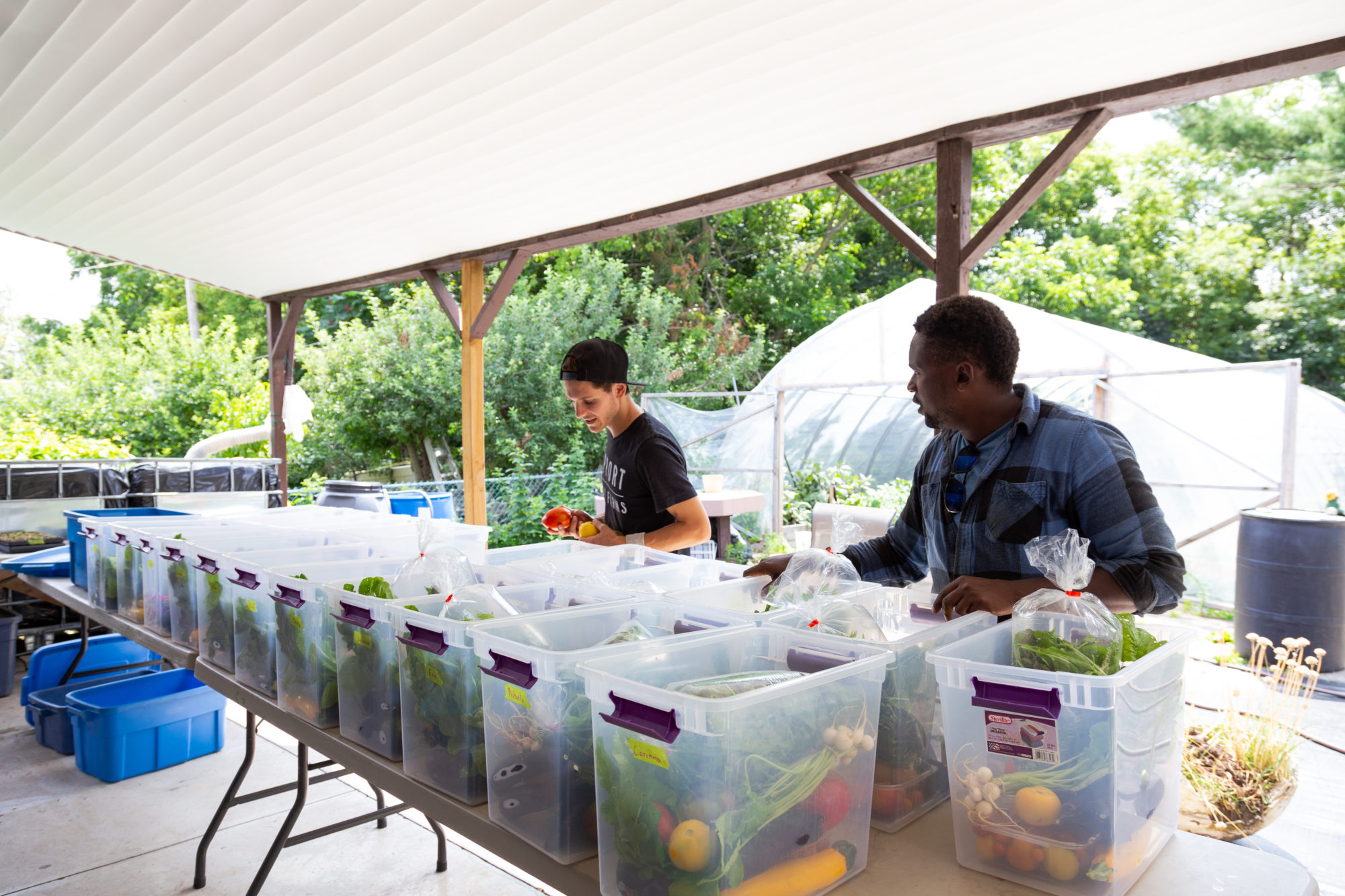 Here are some of the goodies subscribers receive: 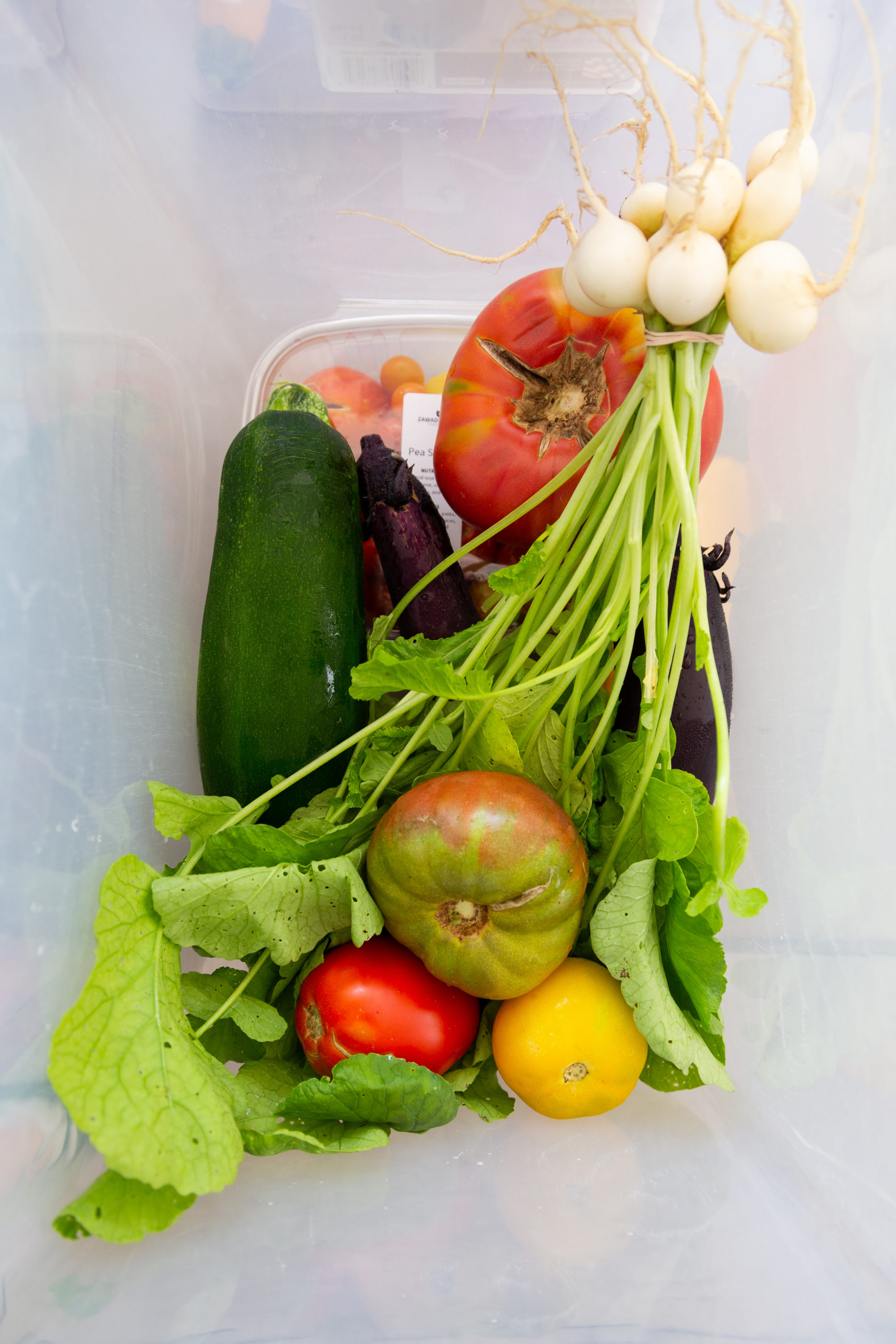