Therapy didn’t help my anxiety, so I turned to psychedelics and found more answers than I expected

Therapy didn’t help my anxiety, so I turned to psychedelics and found more answers than I expected 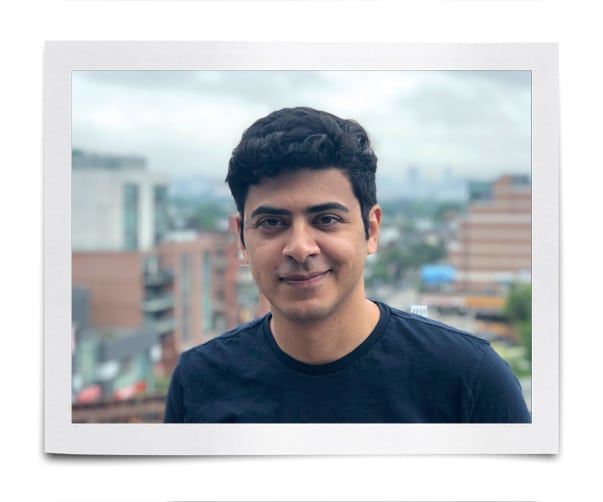 “I’m in some kind of hole,” I told my therapist. I was trying to work out what was happening to my mind. Months of traumas—family issues, the violent death of a friend, the implosion of my relationship—had, like a slow poison, seeped into my life until I felt paralyzed. I was trapped in a loop of discursive, self-critical thought. I’m a freelance journalist, but I found myself unable to take on new assignments and, inexplicably, unwilling to invoice for finished work. My therapist, after our third session, eyed me with indifference and handed me 40 photocopied pages on cognitive behavioural therapy as he shuffled me out the door. I got the sense that approach was going nowhere.

I had researched meditation, exercise, dietary changes and other ways to prevent myself from slipping further down the hole. But the most intriguing method I had come across was ­psychedelic drugs, which had, in recent studies, shown great efficacy in treating depression, anxiety and PTSD. My underwhelming experience with therapy had left me with the kind of hopelessness that breeds desire for radical solutions. I opened my laptop and googled “Toronto psychedelic drugs.”

Six weeks later, on a Sunday in February, I was lying on the floor of a woman’s apartment in the east end, wrapped in a Mexican blanket and weeping uncontrollably. I had met the woman a few hours earlier. She was a self-described shaman, a spiritual healer who practises South American plant medicine. In her pre-shamanic life, she suffered from a severe drug addiction, was homeless and hadn’t spoken to her family for a decade. Eventually, she made her way to South America, where she trained in the shamanic arts, conducting ceremonies using a psychedelic tea called ayahuasca.

The author Michael Pollan, in his recent book on psychedelics, describes the concept of “ego dissolution,” which is an often-reported and now scientifically supported effect of potent psychedelics. Scientists at Imperial College London have observed that activity in the brain’s default mode network, the system responsible for building a sense of self and reflecting on the self’s nature, can drop dramatically during a psychedelic trip. On a day-to-day basis, the default mode network is vital to healthy neural function, acting as the brain’s central co-ordinator. But it’s also a real son of a bitch—the devil on your shoulder, the author of hopelessness and self-blame. Conditions like anxiety and depression can be associated with a default mode network run amok and, according to proponents of psychedelic treatments, a little dissolution of the ego can be a good thing.

The shaman said she had personally synthesized the “medicine” I was about to take, a substance called ­N,N-dimethyltryptamine—better known as DMT. She produced a glass pipe and explained that I was to take five hits. “On number three, you’ll tell me you’ve had enough, and I’ll tell you to keep going,” she said. If you have ever been close to blackout drunk and seen the world spin uncontrollably around you, then you know what the third hit of DMT is like. The shaman guided the pipe to my mouth for the fourth and then fifth hits, and suddenly I was laid out on my back.

Everything turned black, as though I was watching a blank screen, except that there was no “me” watching. The blackness was just there, happening. I was vaguely aware of the “self,” but only insofar as I knew that I was aware at all. Then a pool of green, red and yellow fire appeared, swirling around what looked to be a medieval helmet.

This was taking place within the confines of my brain, yet it was completely involuntary—a decisive, overwhelming subjugation of the ego. I started to feel some sense of self again, in the form of two distinct emotions: I was in awe of the fire and terrified of the helmet. I felt as though I would fall into it and, frankly, that I was going to die. The image shattered. The pieces re-emerged as a pattern of purple and black shields, then disappeared. Soon, I was aware of the shaman’s hand on my arm, and I realized that I had been weeping. “Respira,” she whispered. Breathe.

She was fascinated by what I told her about the helmet and shields. Like all of our emotions, anxiety is a chemical effect in the brain, one that likely evolved over millennia because it served a purpose in our survival. It was a kind of armour, meant to protect us. But when the mind surrenders control, anxiety can become a cage. The helmet made some sense.

Sitting under the fluorescence of the 501 streetcar on my way back home, I thought more about the helmet and how it had shattered before it could take me. Perhaps my anxieties could shatter, too, if I could manage to observe them from the outside. These are realizations that don’t require DMT or shamans, of course. But the trip brought shape and clarity to what I had been feeling. I can’t say that the fear and the panic have vanished. Sometimes they wake me up early in the morning, or accompany unexpected moments of disappointment or failure. But they seem more brittle now, with obvious cracks through which I can see a world that is a little lighter.

Sulaiman Hakemy is a freelance journalist based in Toronto.