The risks and rewards of online DNA testing

The risks and rewards of online DNA testing

Is it worth handing over your body’s blueprints?

Kimberley Hunt, a Toronto-based private investigator, was born in Corner Brook, Newfoundland, in 1966, the only black child among her six white siblings. Her mother, who died when Hunt was just four, never revealed who her father was. Raised in Toronto by her older sister, Hunt wondered for decades about her paternal lineage. A few years ago, her sister bought her a DNA kit for Christmas. Hunt followed the kit’s instructions and sent off her sample—a gob of spit in a plastic vial—to the company’s lab.

Within weeks, she received information about cousins on her father’s side. One led her to a half-sister and the truth about her past. Her dad, it turns out, was the only black hockey player on the Corner Brook Royals from 1962 to 1967. Hunt discovered this too late to meet him—he died in 1985—but she did joyfully connect with three half-siblings and a whole slew of other relatives.

Thanks to the widespread use of DNA kits, thousands of people like Hunt are reconnecting with birth parents, siblings, half-siblings and cousins all over the world. Her dramatic story, and those of other DNA kit–facilitated connections and reunions can be found in “Family Ties.” 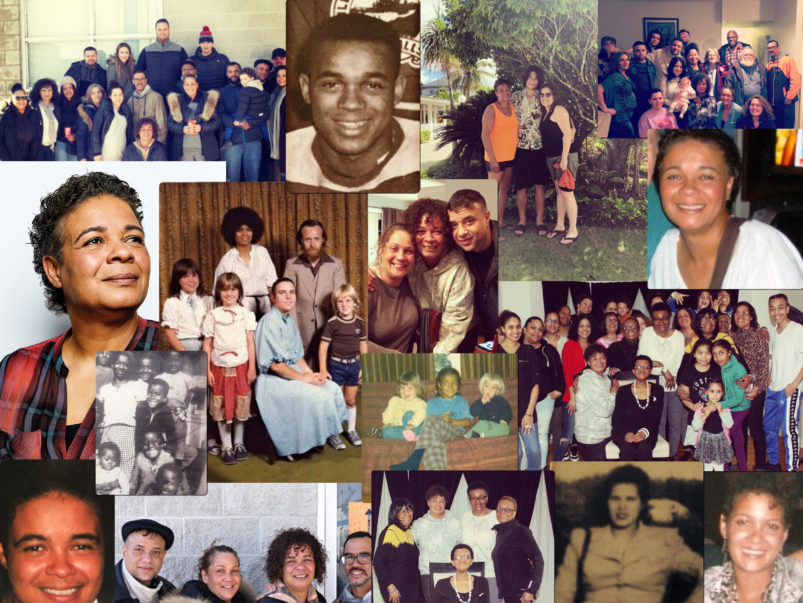 “I grew up black in an all-white family”

But what is the hidden cost of such revelations? The promise of uncovering our ethnic origins, or learning about disease predispositions, or connecting with long-lost relatives, is so alluring, few stop to consider what’s at stake.

The two largest DNA-kit companies on the market—23andMe and AncestryDNA—are cashing in on that curiosity, big time. They now have the DNA sequences of millions of people, and they’re just starting to figure out what they might do with all that knowledge.

Anne Wojcicki, who founded 23andMe, lives in Mountain View, California, and her firm follows the same model as many other massive Silicon Valley tech companies: the product is irresistible, affordable (DNA kits sell for just over $100 apiece) and collects as much data on the user as possible. Last year, the pharmaceutical giant GlaxoSmithKline invested $300 million in 23andMe to get exclusive rights to its customer data for research.

The Utah-based company AncestryDNA shares its database of some 15 million customers with a Google subsidiary researching how to extend human longevity. Technically, you have to opt in for your DNA to be included in such research projects, but who reads the fine print?

Law enforcement, of course, loves having access to the public’s DNA. The Canada Border Services Agency has used DNA to identify some detainees. And famously, American investigators identified the suspected Golden State Killer last year by uploading his old DNA sample to an open-source DNA database. They found a partial match with one of his relatives and managed to track him down.

Regulators are scrambling to catch up to the tech. Two years ago, Canada passed the Genetic Non-Discrimination Act, making it illegal for employers or insurance companies to discriminate based on genetic data revealing any medical predisposition to disease. But fast-moving Silicon Valley disruptors can often overpower local regulatory bodies.

DNA kits are hugely appealing, as the people in our feature illustrate. The rewards can be tremendous. But user beware: they could come back to haunt you or your relatives years down the road.