Real Weddings: Inside a traditional Egyptian celebration in Liberty Village

Real Weddings: Inside a traditional Egyptian celebration in Liberty Village 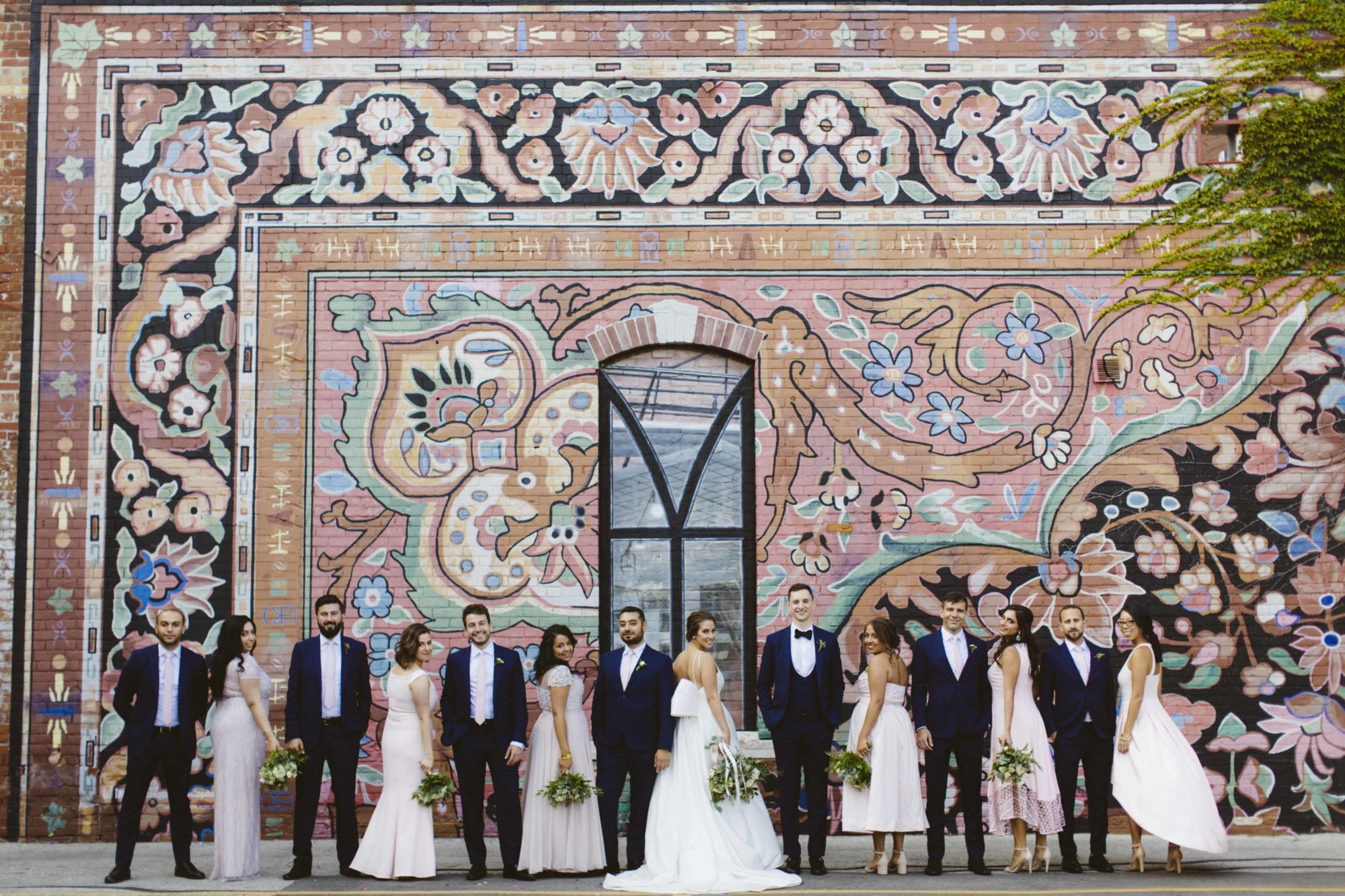 Sarah Botros, a PR exec, and Khalid Haddad, a financial analyst at BMO, met as five-year-olds at church in Ottawa. They became friends, eventually attending Carleton together, where Haddad developed a crush on Botros. “He saw me at my finest: in the library scarfing down McDonalds in my PJs,” says Botros. They finally got together in 2010. “We were the best of friends, had the same sense of humour and thought, ‘why not?'” she says. Botros moved to Toronto in 2015 to study PR at Ryerson and landed a job at Edelman soon after. Haddad joined her a year later, and, that summer, he recruited their pals to help plan a surprise proposal during a group cottage trip in Muskoka. Botros’s friends distracted her with a board game while Haddad decorated one of the cottage’s guest houses in hundreds of photos. Their friends lured Botros there under the pretense that Haddad had a broken toe. When she arrived, he was waiting with a ring.

The duo wanted a smaller version of an Egyptian ceremony—typical Middle Eastern weddings are multi-day, 500-guest affairs. They toured venues like Evergreen Brick Works and 99 Sudbury before discovering a hidden gem in Liberty Village called Caffino Ristorante. “It’s kind of like a maze, with a wrought-iron gate and a half-inside, half-outside setup,” says Botros. “It was exactly what we wanted.” After a ceremony in a grand Markham church, wedding guests gathered in the tented courtyard for a belly dancing–filled shindig, complete with some celebratory shoulder carrying for Haddad. 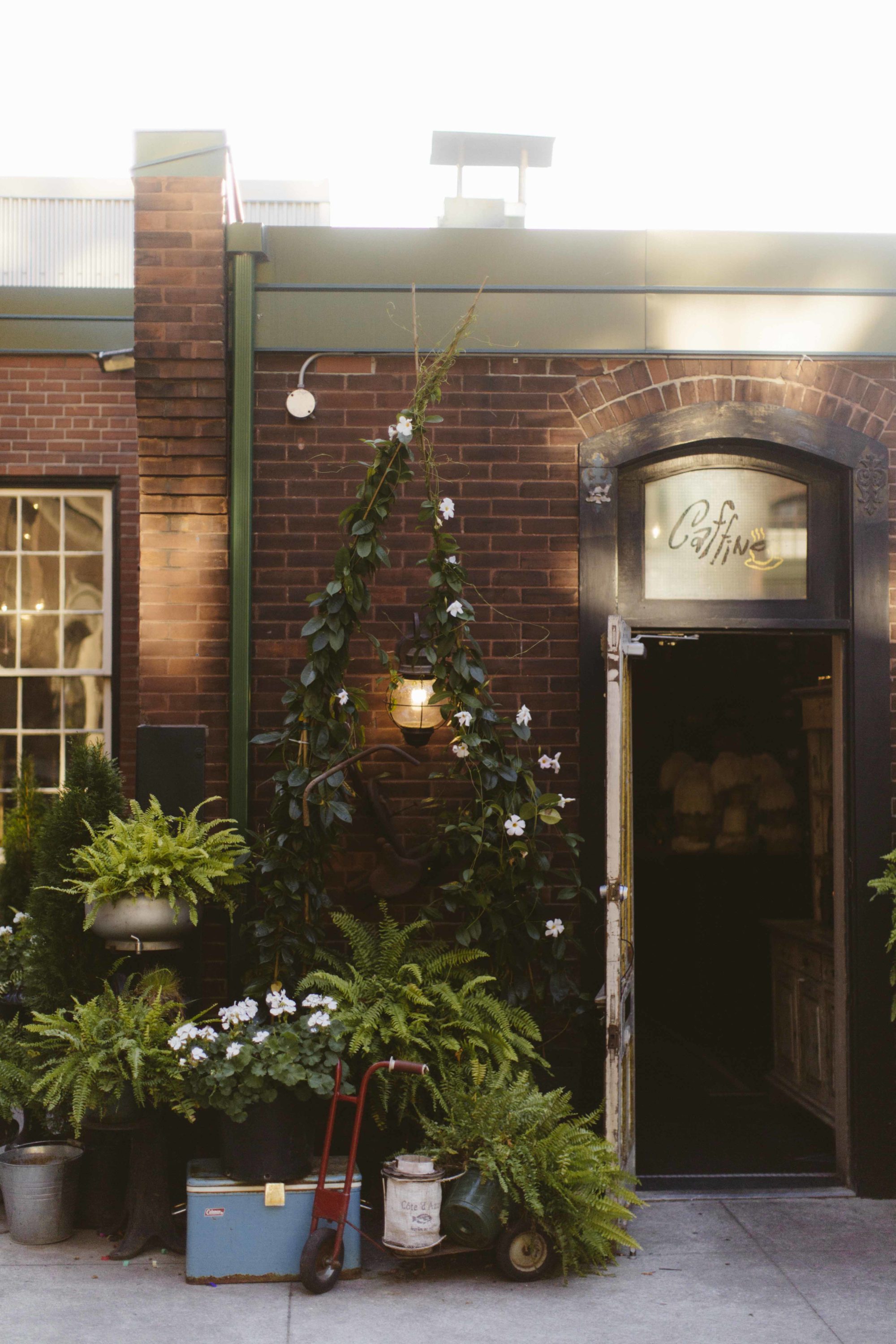 The couple rented a pair of Airbnbs in Little Italy, where they got ready with their bridal parties. Haddad chose a hypnotic print for the lining of his Surmesur suit: 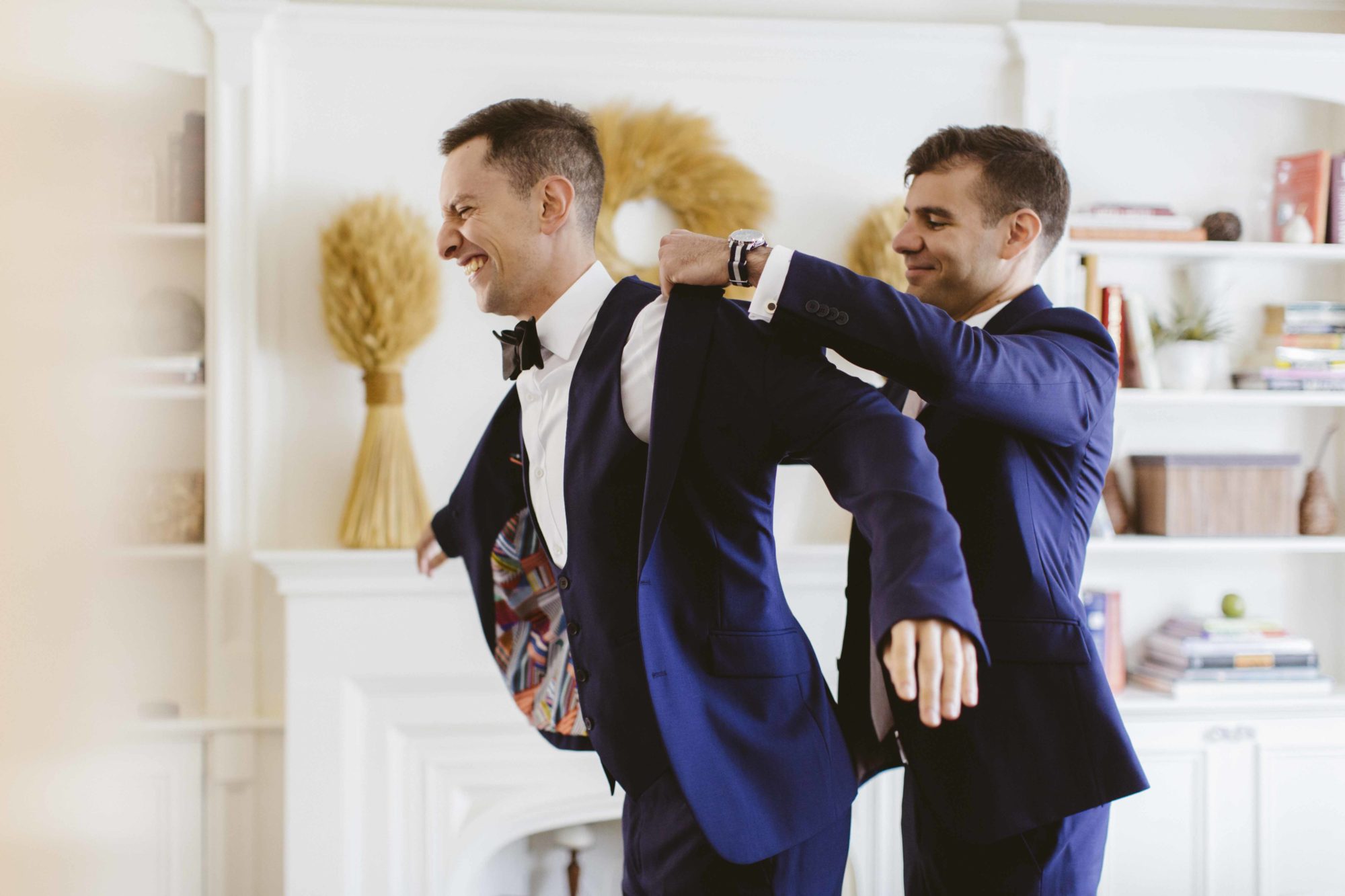 Botros’s day started at 5:30 a.m. with hair and makeup. She customized her Paloma Blanca gown with an architectural bow on the back: 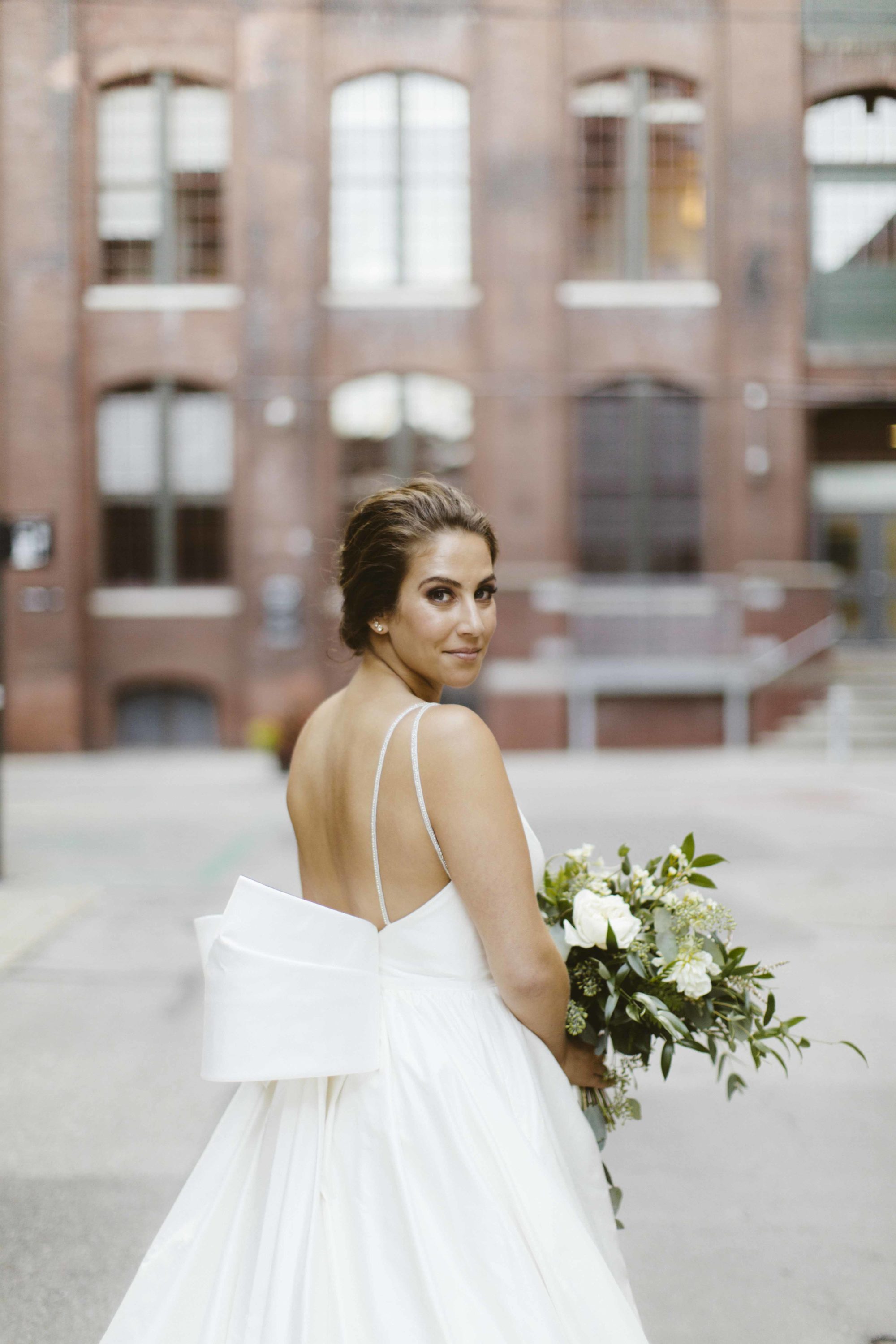 At 1 p.m., the bridal party took a limo to the church, the new Saint Maurice and Saint Verena Coptic Orthodox Church in Markham. The couple loved that it was flooded with natural light: 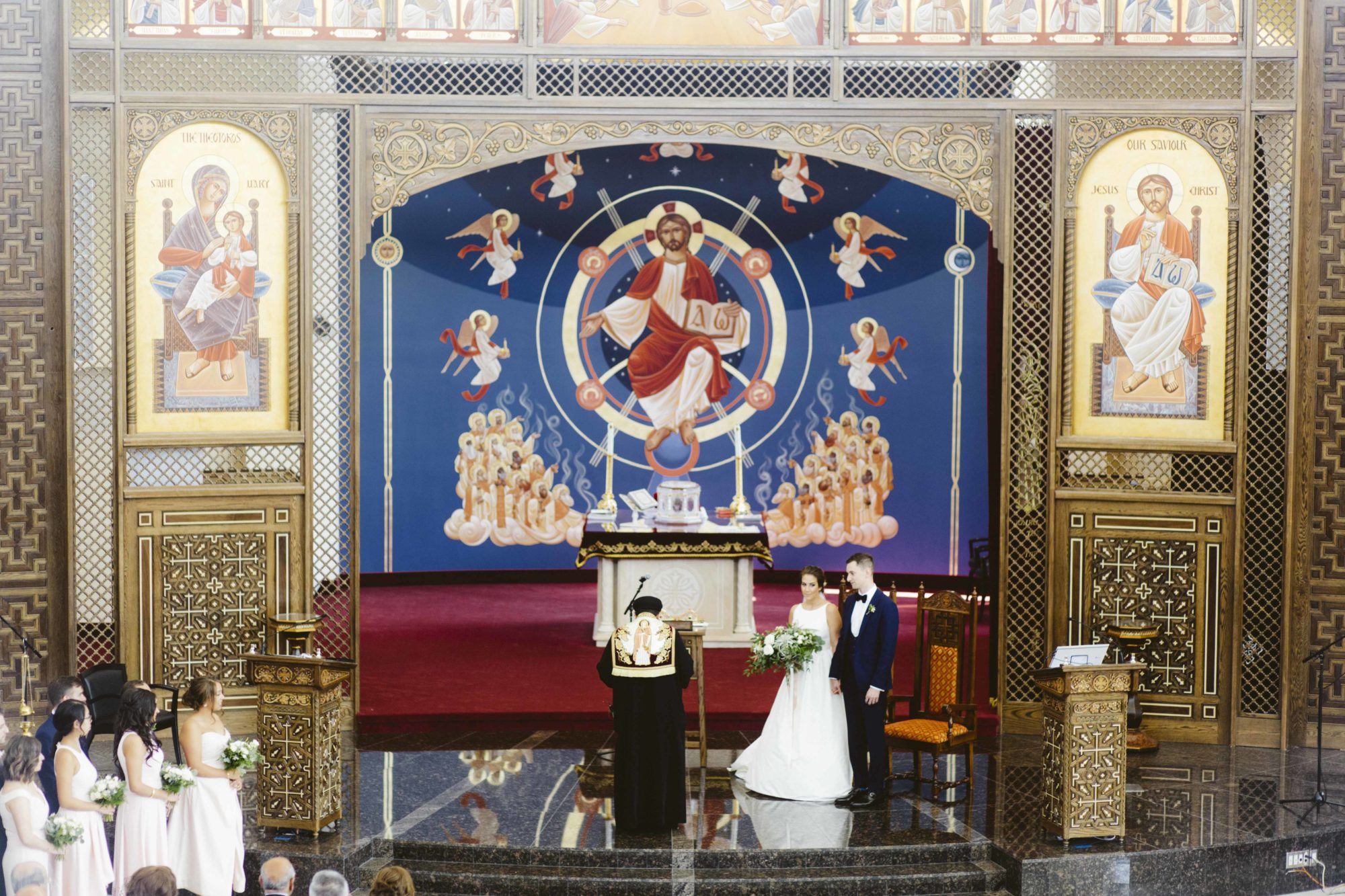 In Coptic wedding ceremonies, the bride and groom are treated like royalty. They were cloaked in luxurious robes and given 24-carat gold crowns. “It was so extra, but I loved it,” says Botros: 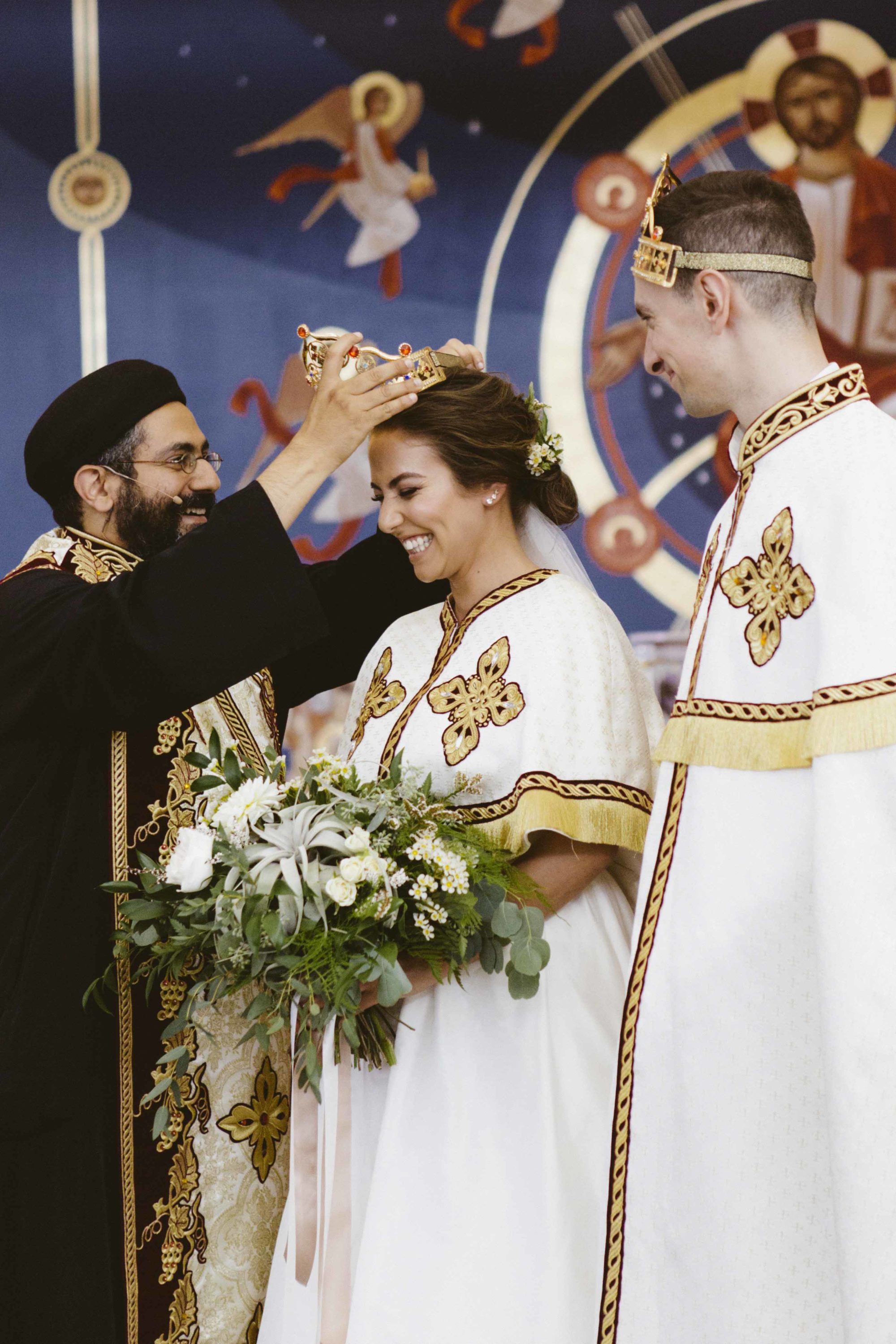 The priest took things slow, explaining the steps of the ceremony to all the non-Coptic guests. For instance, couples wear their wedding bands on their right hand soon after they get engaged, so the ring exchange just involves switching the band to the left hand: 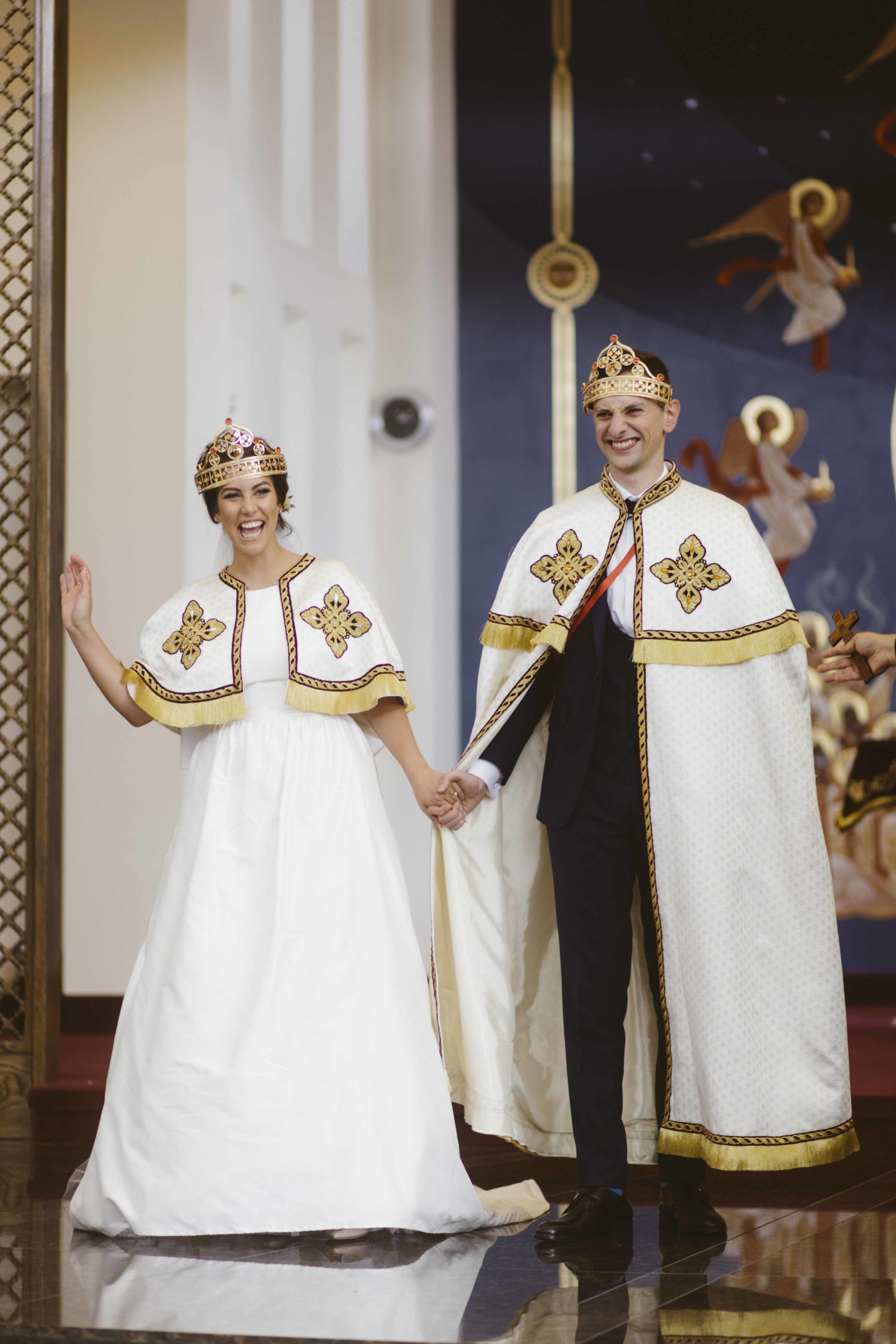 After a quick pit-stop at the LCBO for some Kraken rum, the bridal parties arrived in Liberty Village for some pre-reception photos. In between the ceremony and the reception, Botros switched out of her Kate Spade heels into a pair of slides by the same designer. Haddad and all his groomsmen wore Marvel superhero socks inspired by their personalities: 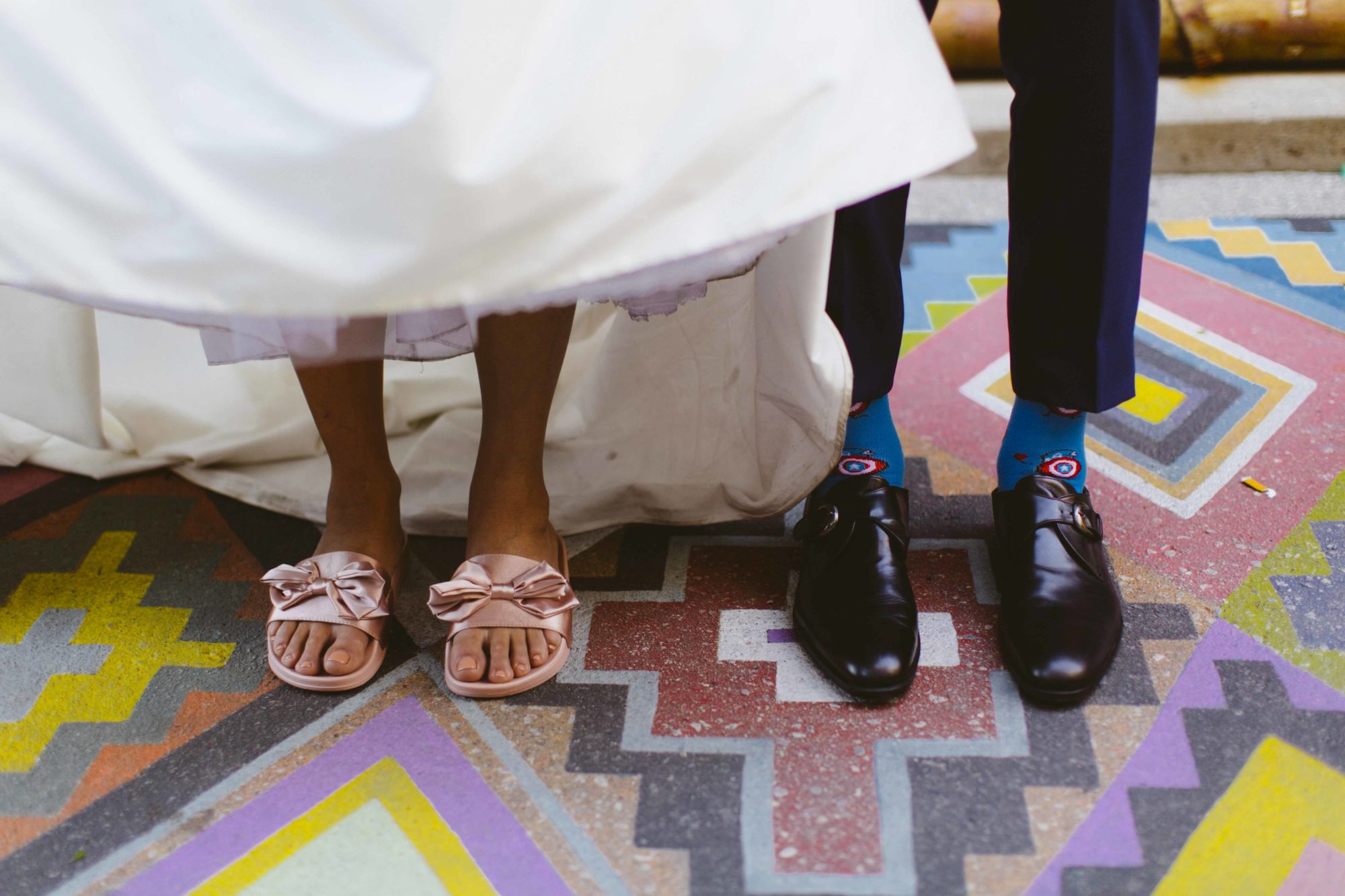 The group staged some creative shots: 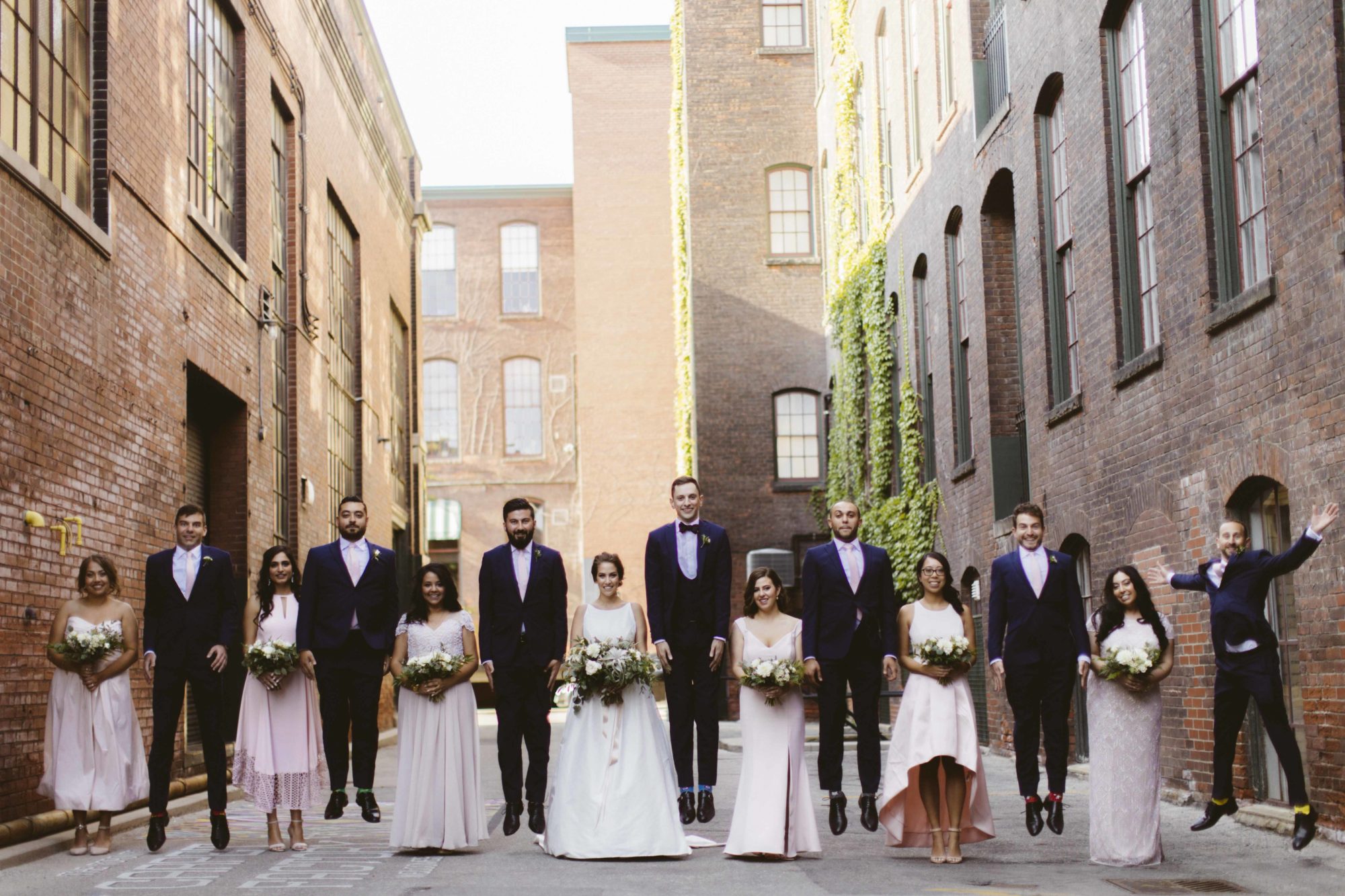 They set off a few colour bombs for effect: 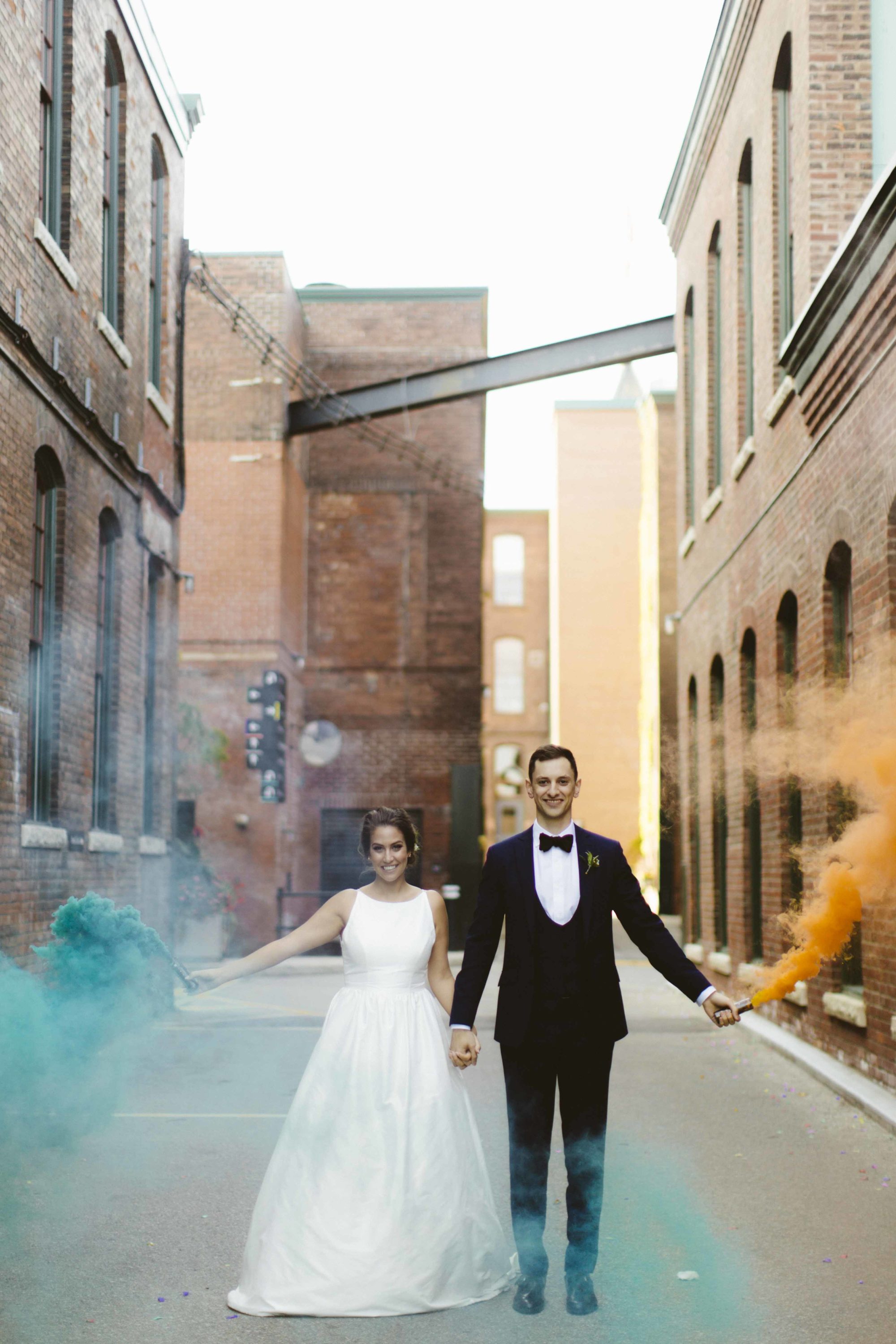 They arrived to a pre-dinner dance party, and entered to “Electric Love” by Børns: 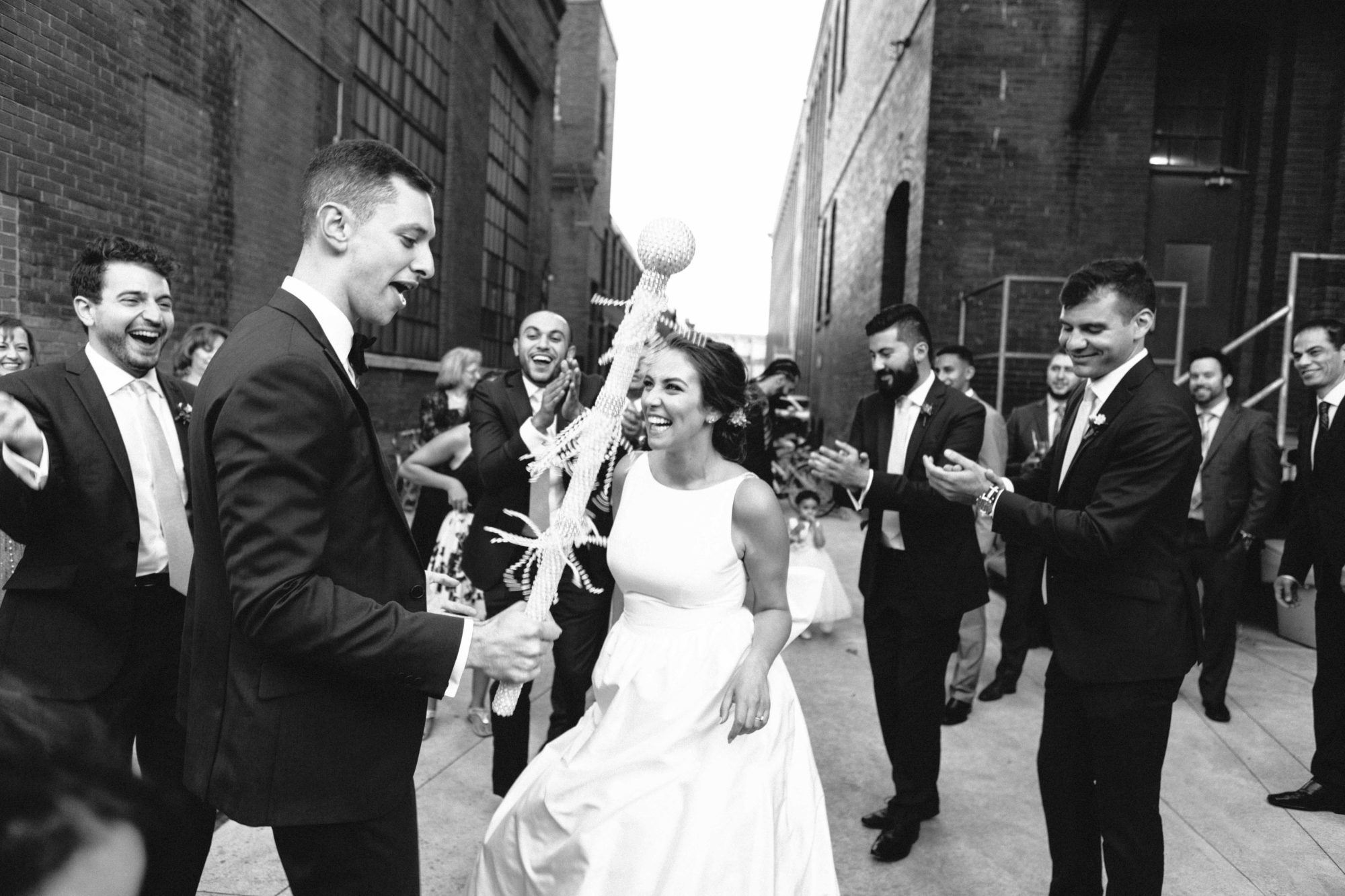 Inside, the tables were decorated with elegant white and green centrepieces. The menu was was full of Italian staples like antipasto and penne alla vodka: 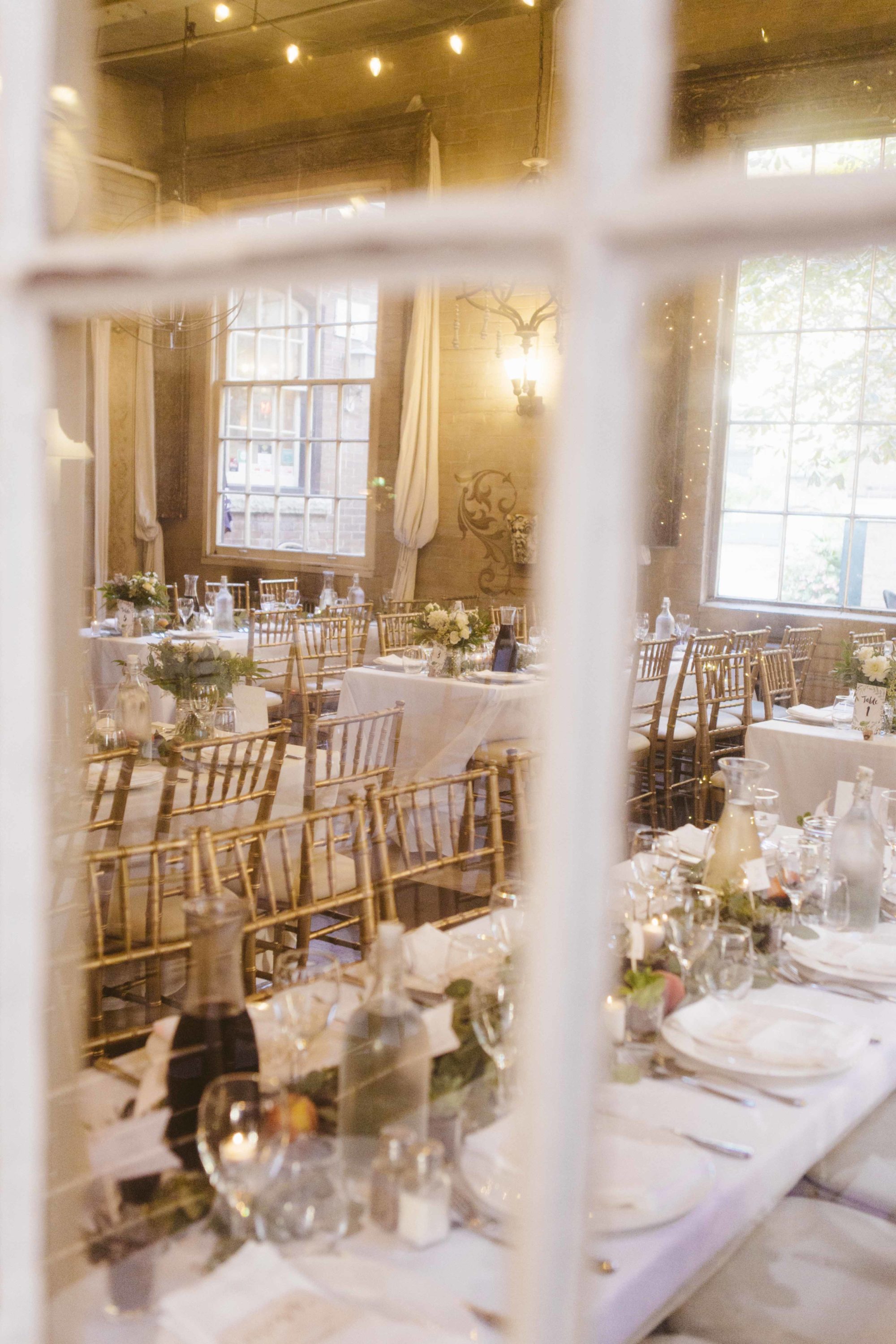 Botros is obsessed with Ontario peaches, and they adorned every table along with figs and natural foliage: 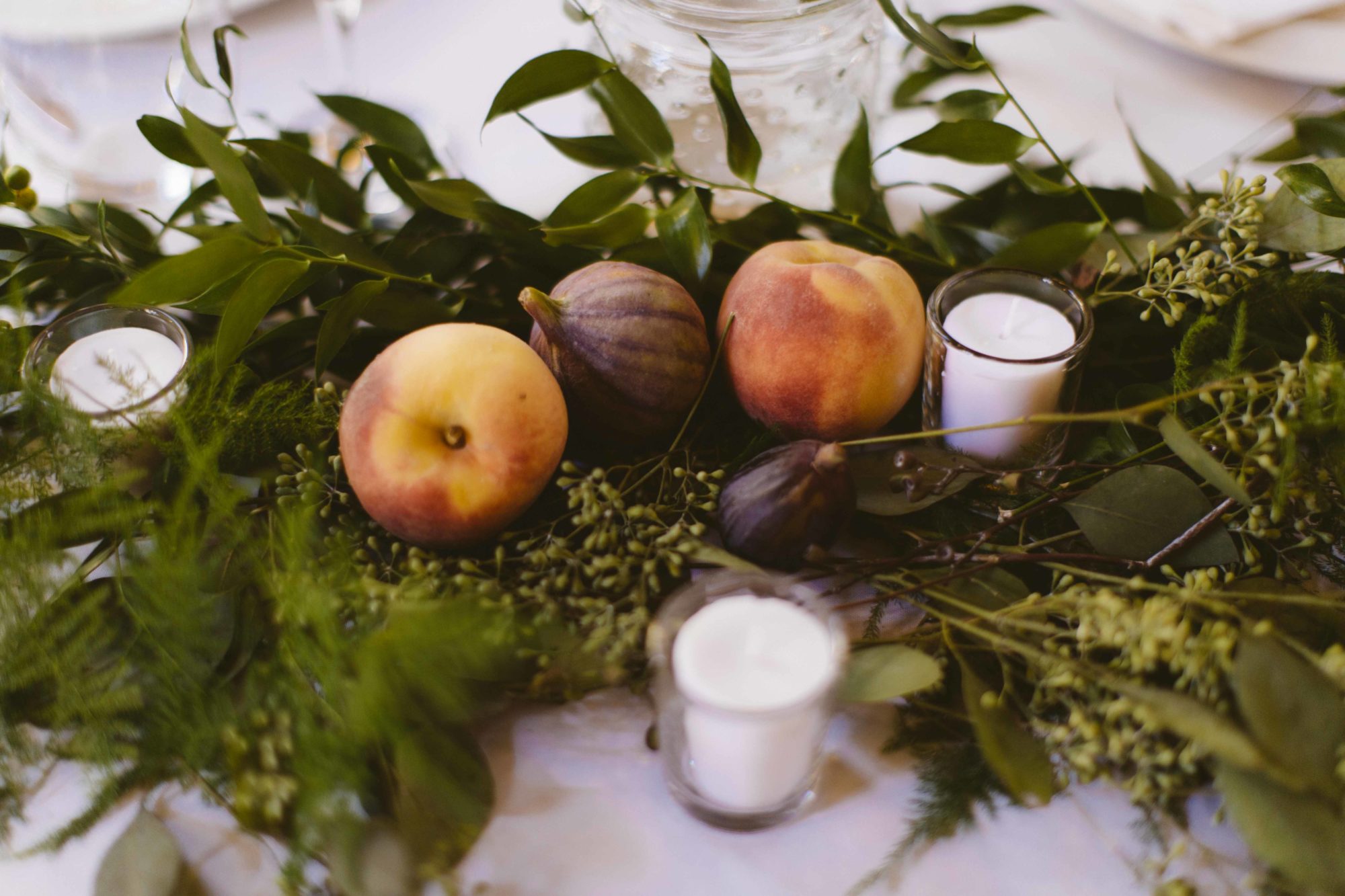 In addition to a trio of naked cakes, there was also a gelato bar and a selection of Arabic pastries: 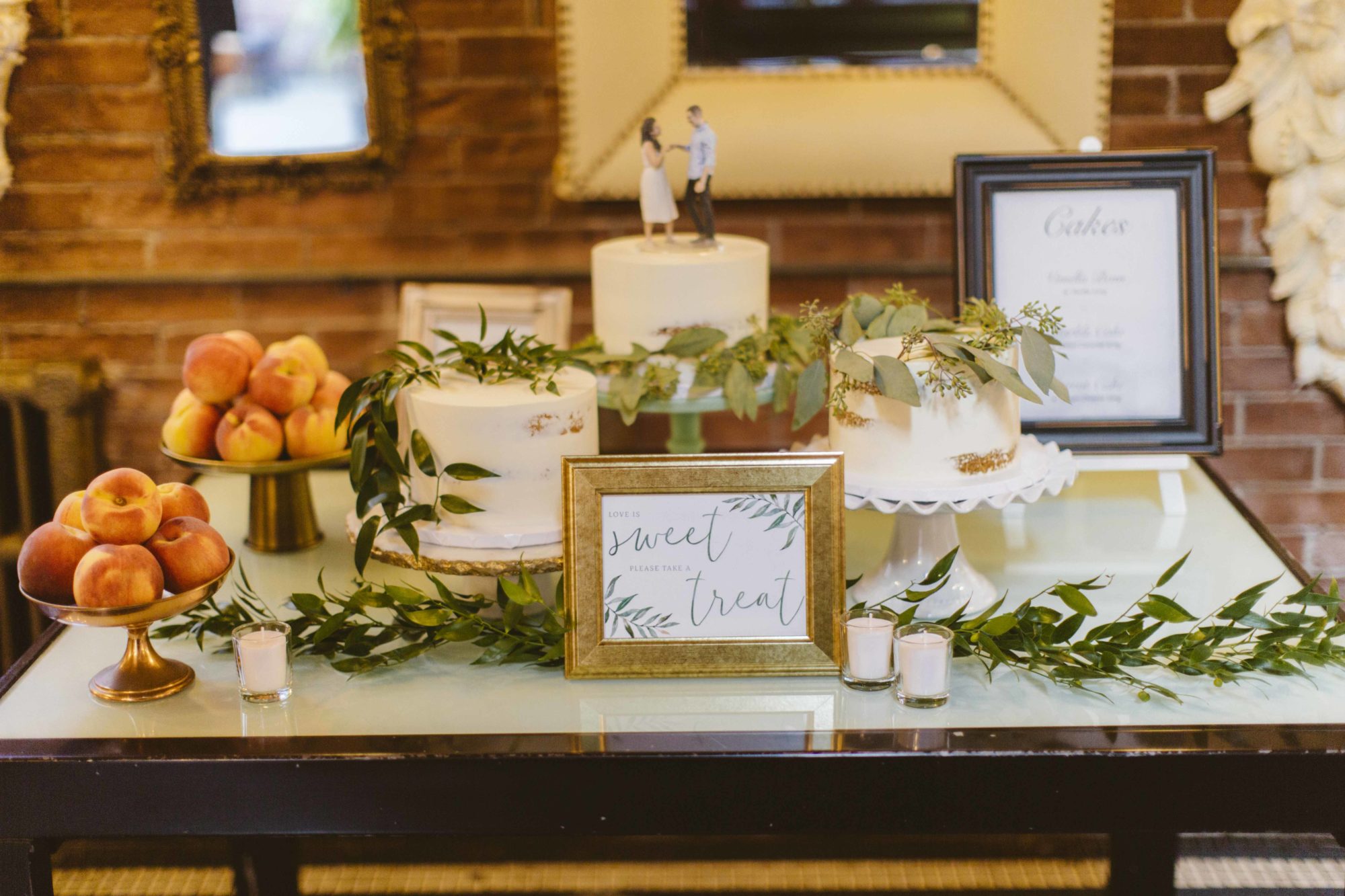 The cake topper was a mini 3-D replica of the couple, printed by Selftraits: 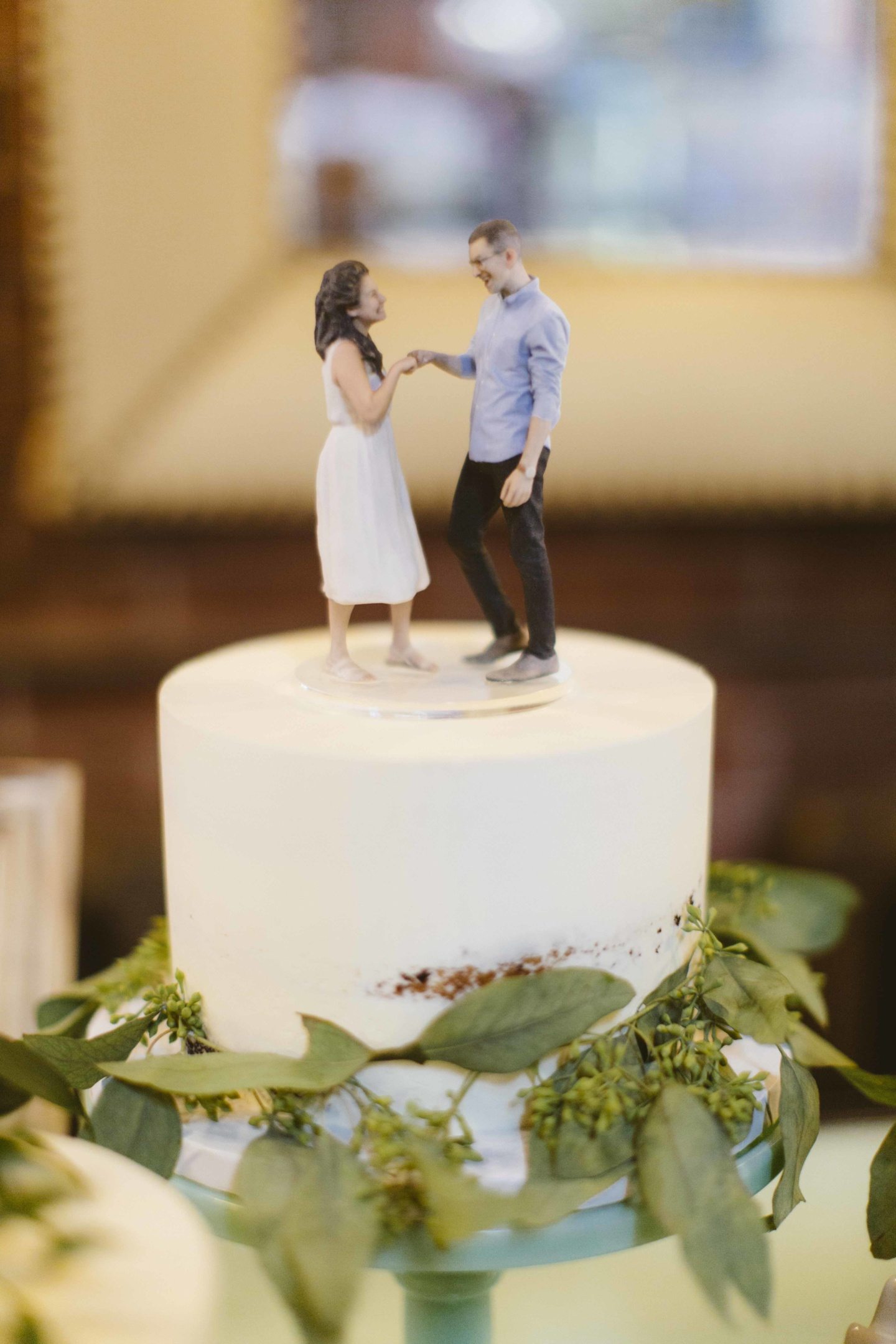 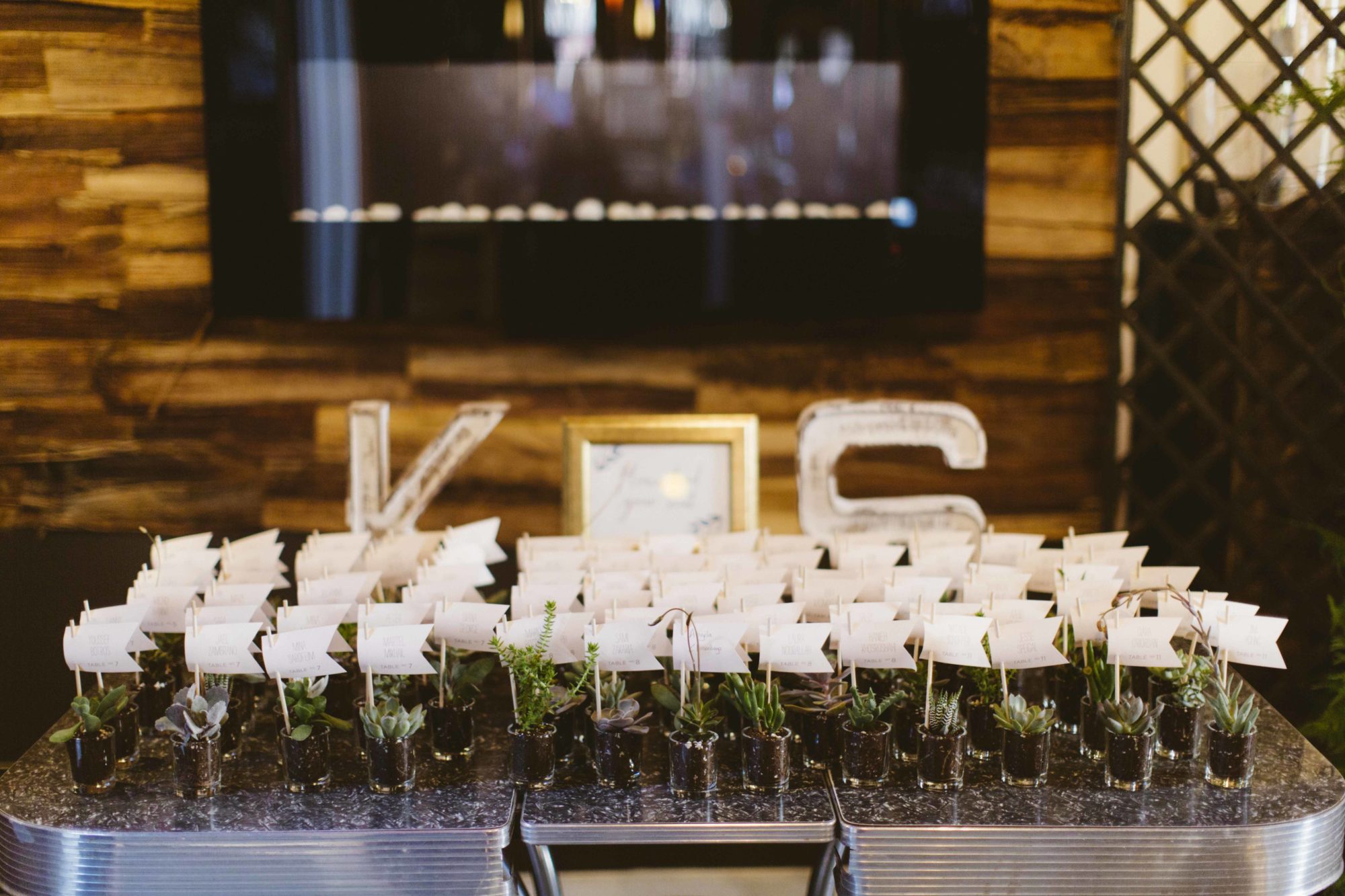 After dinner, the dance party continued under the tent. The couple’s first dance was to John Legend’s “Stay With You”: 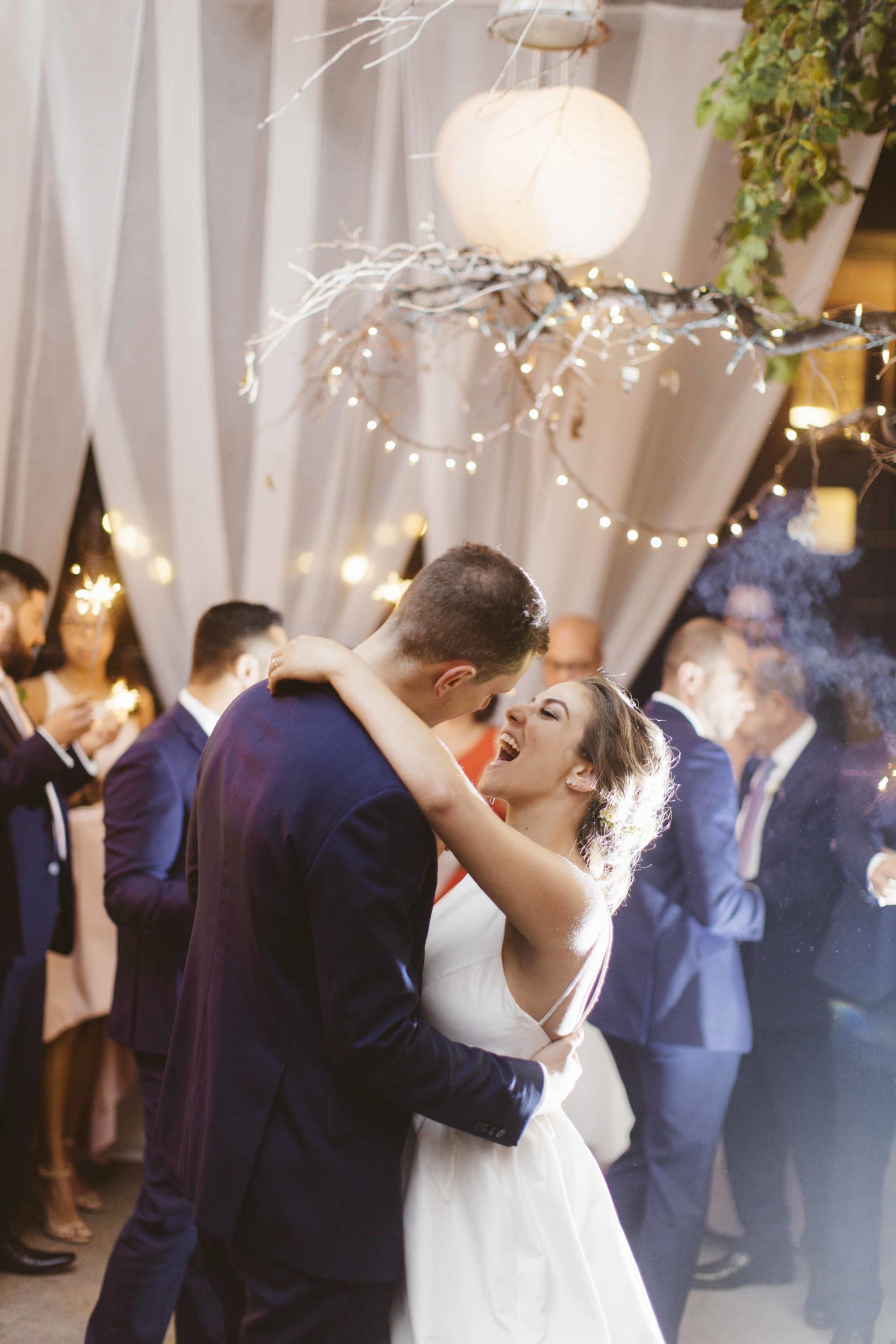 And Haddad got more of the royal treatment later: 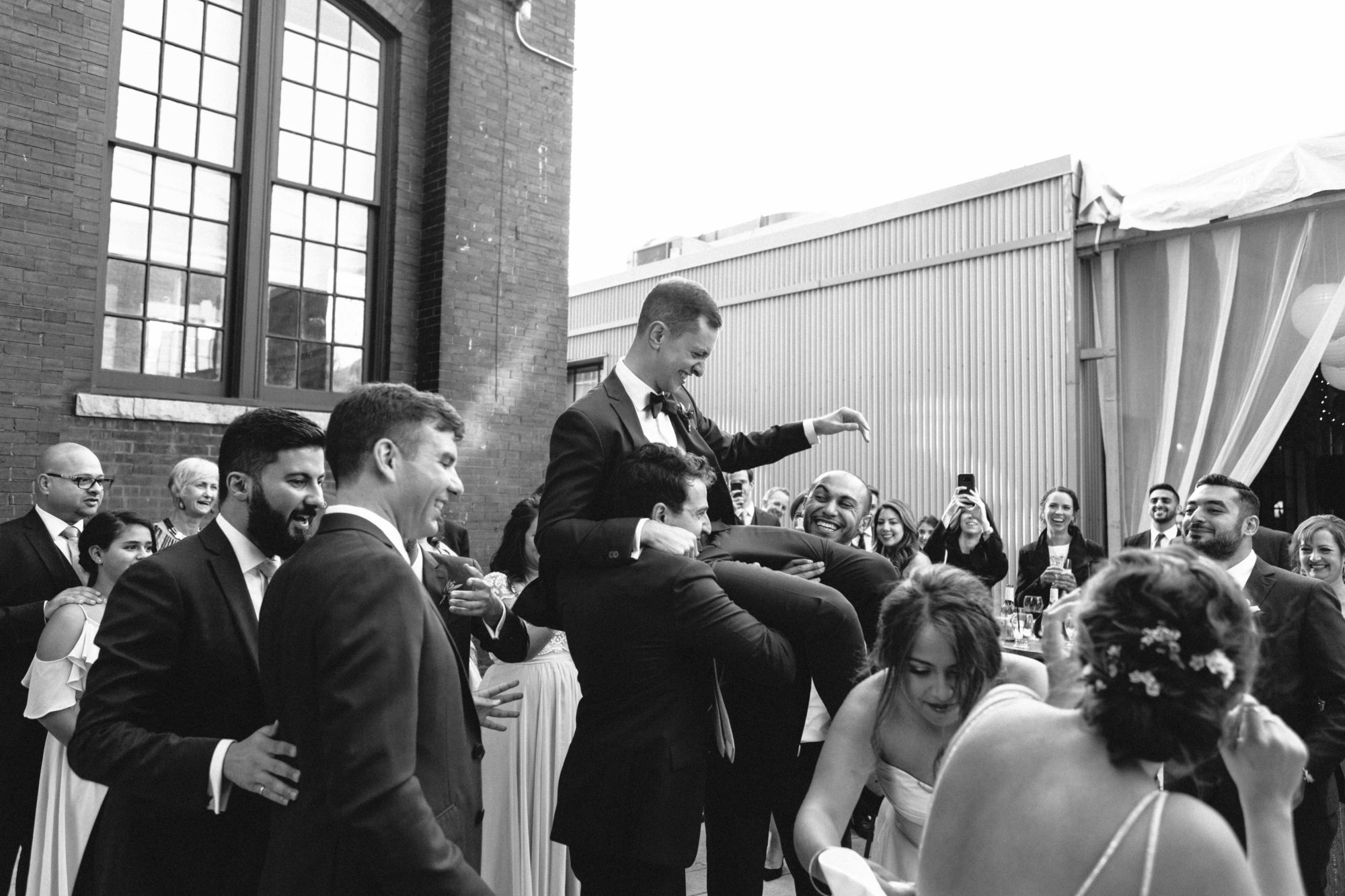