Jackie Oakley and Skylar Campbell, a pair of American ballet dancers, met when they moved to Toronto together in 2009 as apprentices with the National Ballet of Canada. Every year only five men and five women join the team, and they bonded right off the bat. They remained close dance partners and confidants for over three years before gradually turning their relationship into something more. “It was a slow, natural process,” says Jackie. They started spending more time alone together, and one night in 2013, Jackie asked Skylar if he was her boyfriend. He thought he already was.

Four years later, Skylar proposed near his parents’ place in southern California, at a petting zoo he used to visit as a child. Jackie loves llamas, so Skylar gave her a basket of carrots to feed them. When she got to the bottom of the basket, Jackie discovered a tiny jewellery box with an engagement ring inside. Since Jackie’s brother was getting married the next year, they decided to take two years to plan the wedding—a timeline that turned out to be helpful, as their schedules were already jam-packed (they’re currently in rehearsals for the National Ballet’s 2019 season, which opens in November, to celebrate artistic director Karen Kain’s 50th anniversary with the company).

They settled on L.A. for the big day as it’s one of their favourite places to vacation. Since Jackie’s family is from North Carolina, anywhere they chose would be a destination for most of their family and friends (and let’s face it, L.A. weather is more reliable than most). They found an indoor-outdoor venue filled with tropical plants and palm trees, and hosted a relaxed, family-style celebration for 70 of their closest pals.

Jackie and Skylar stayed at Hotel Covell in Los Feliz the night before the wedding. The morning of, they woke up early and had a leisurely breakfast on the hotel’s patio. Jackie got ready with her bridesmen (both Jackie and Skylar had bridal parties of the opposite gender) in the bridal suite at the venue: 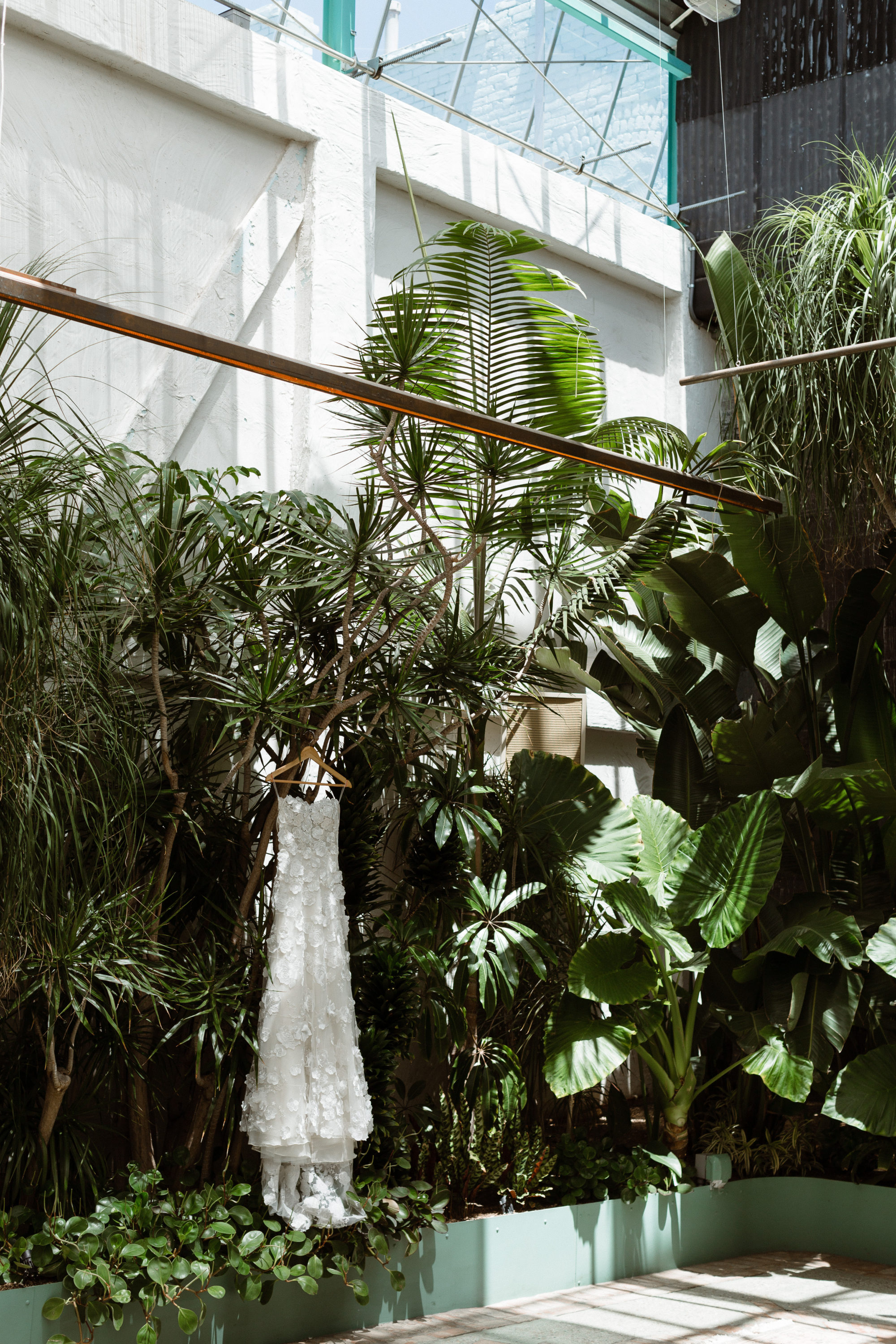 While Skylar was getting ready at the hotel, Jackie had someone deliver him a piece of appliqué from her dress, which he wore as a pocket square: 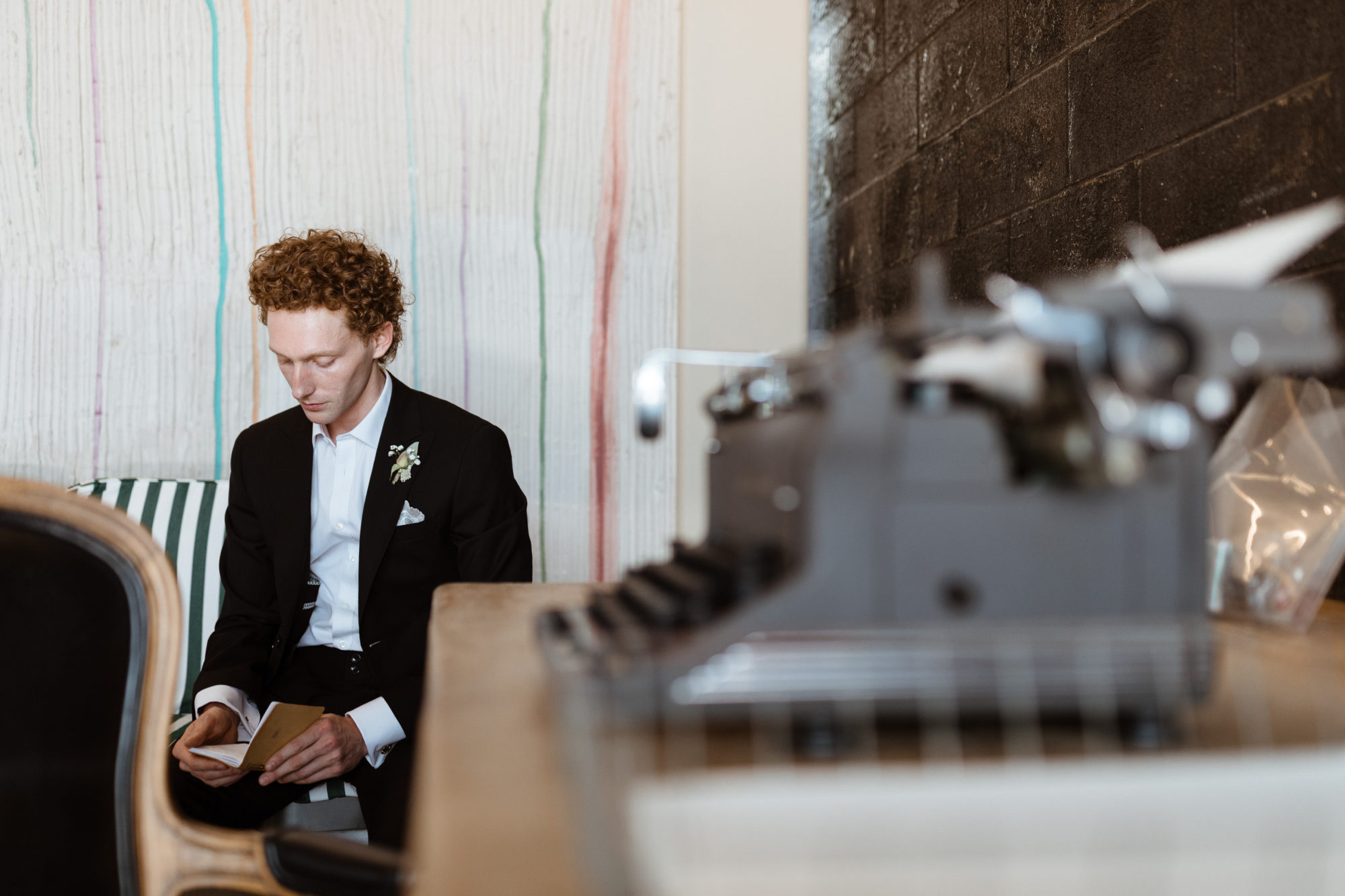 They didn’t do a first look, so the first time they saw each other was at the altar: 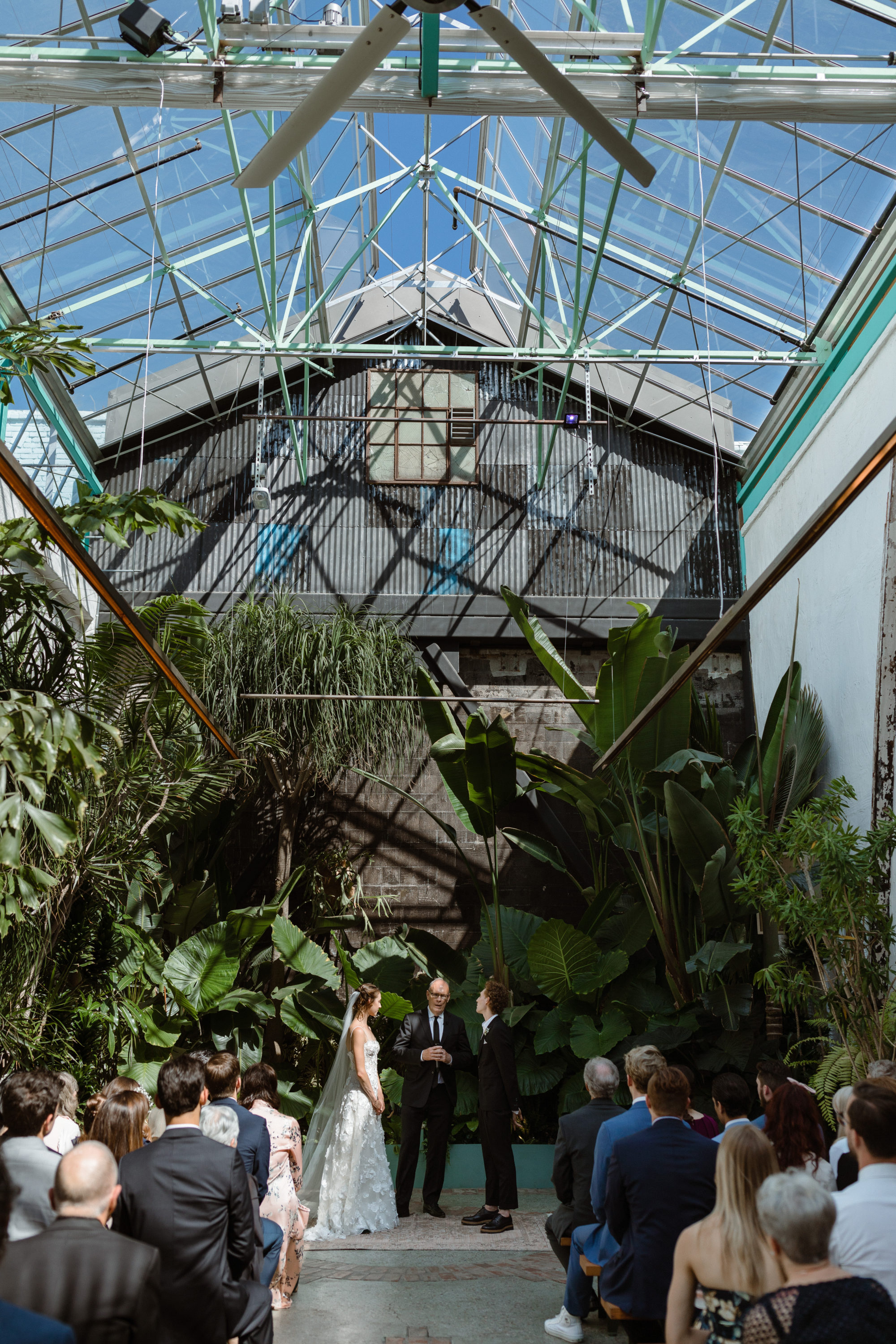 Jackie said she pre-tested many waterproof mascaras before the big day: 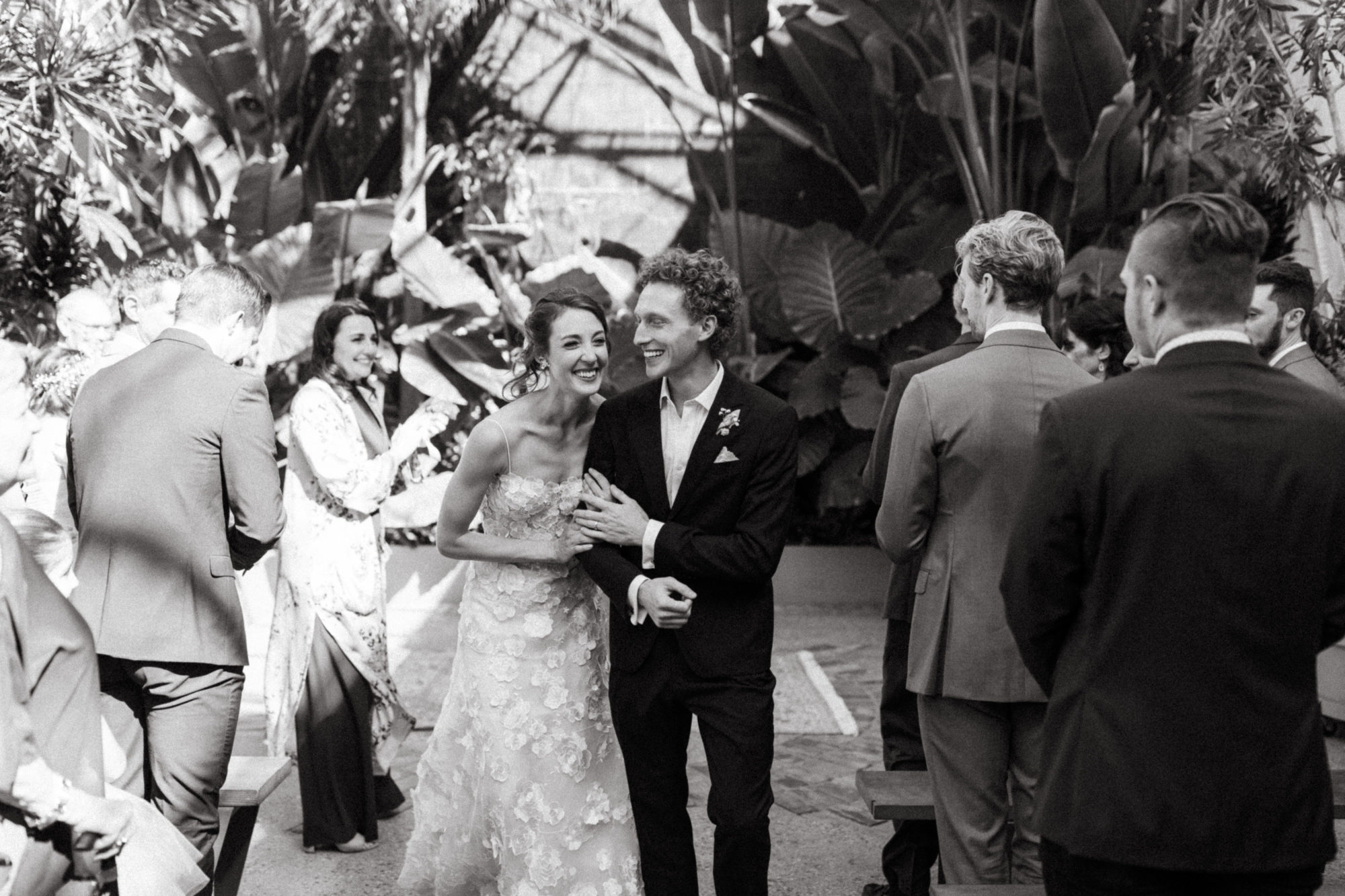 Jackie ended up finding her dress at a sample sale at Dina Alonzi Bridal in Yorkville. She had tried on tons of dresses beforehand. It was difficult for her to find one that felt romantic, yet different enough from the tulle-heavy costumes she wears onstage. “A lot of brides want to feel like a princess, but I didn’t want to feel that way because it would make me feel like I’m at work,” she says. Skylar, on the other hand, wanted to create a sense of elevation (he’s roughly the same height as Jackie), and went with a cropped custom suit with a higher waistline and shorter jacket: 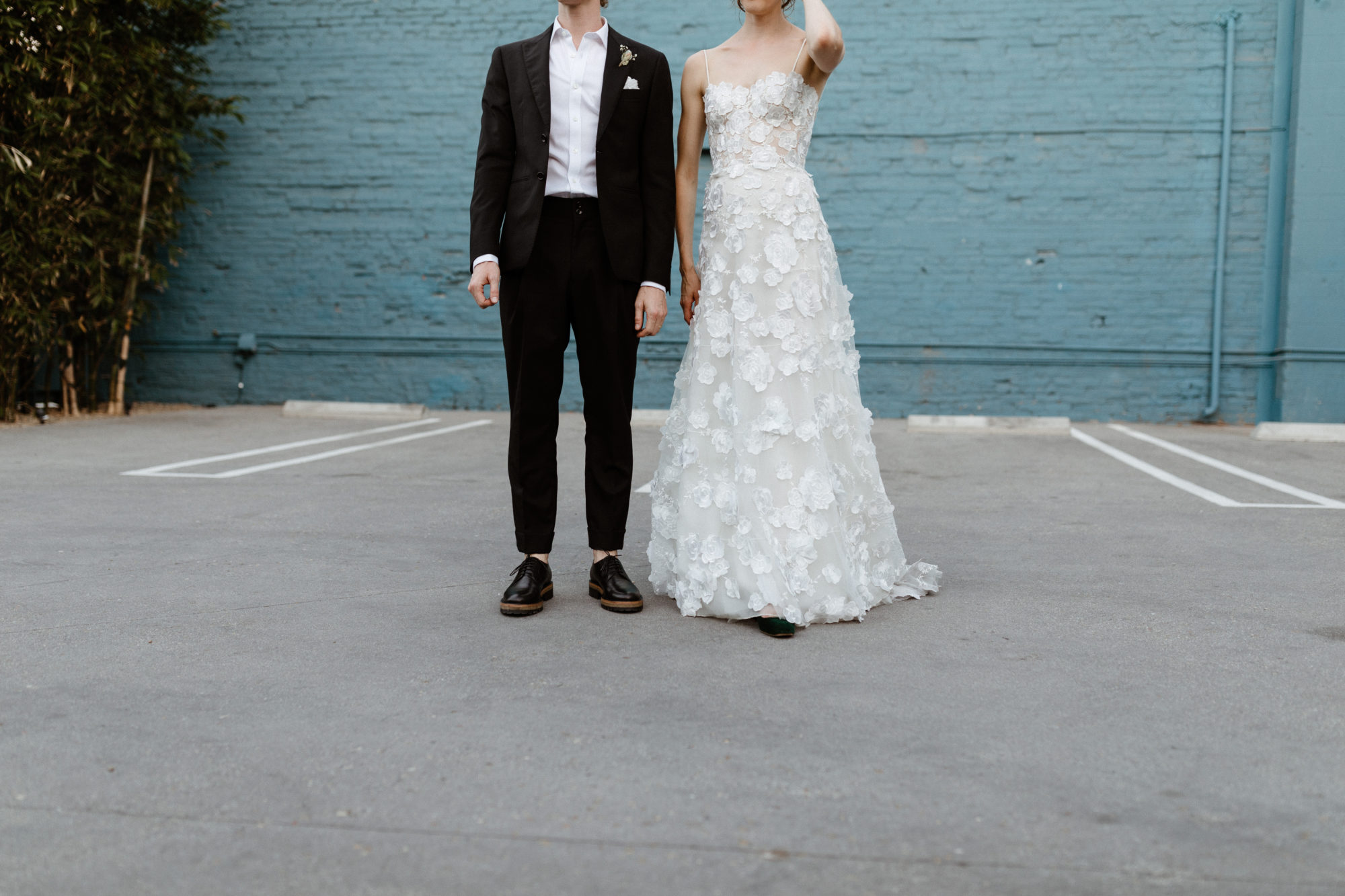 Jackie wanted a champagne tower. “It was terrifying,” says Skylar. “It looked beautiful, but then they gave us the champagne and we were like, ‘What do we do now?’” 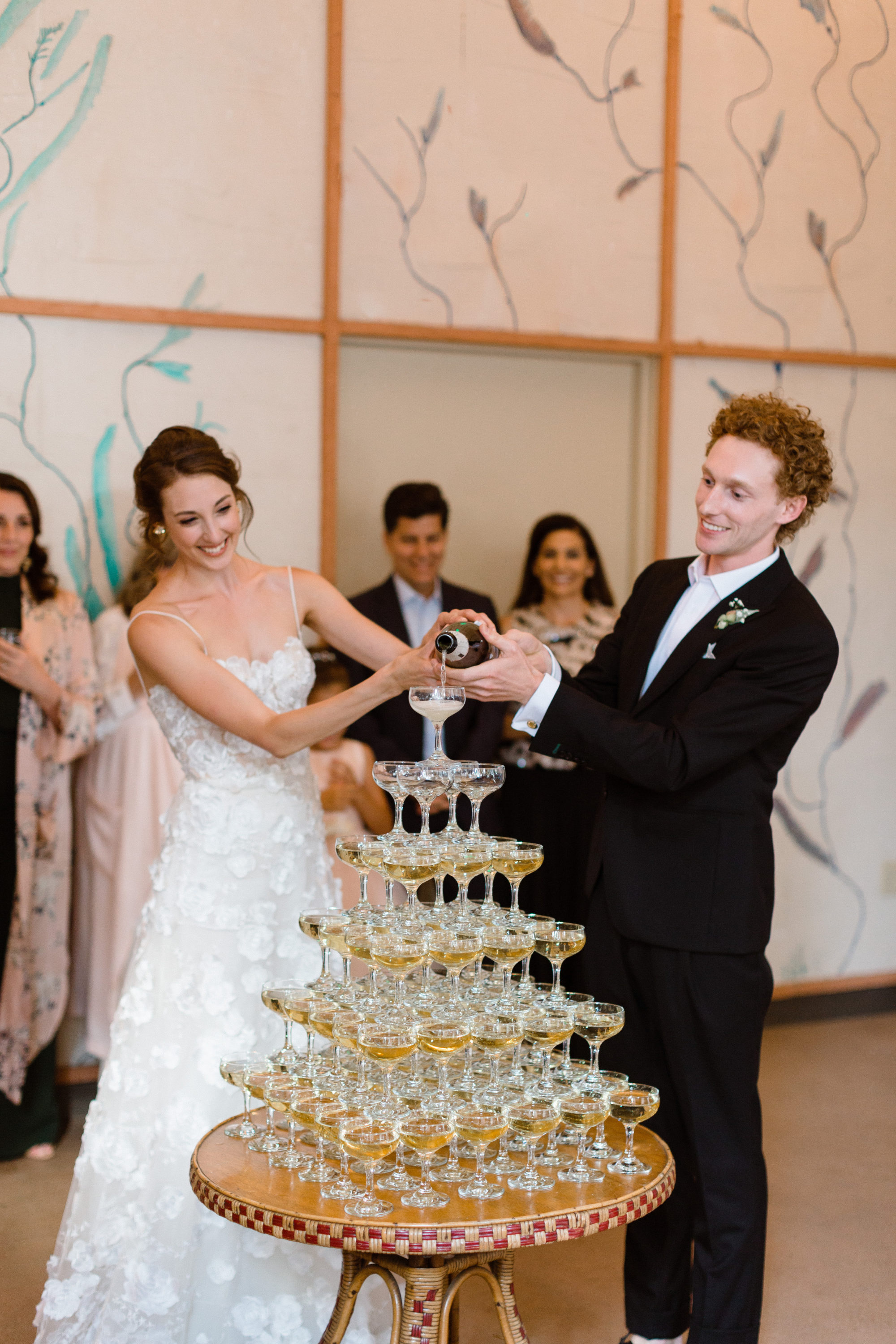 For the seating chart, the couple used printed snapshots of themselves: 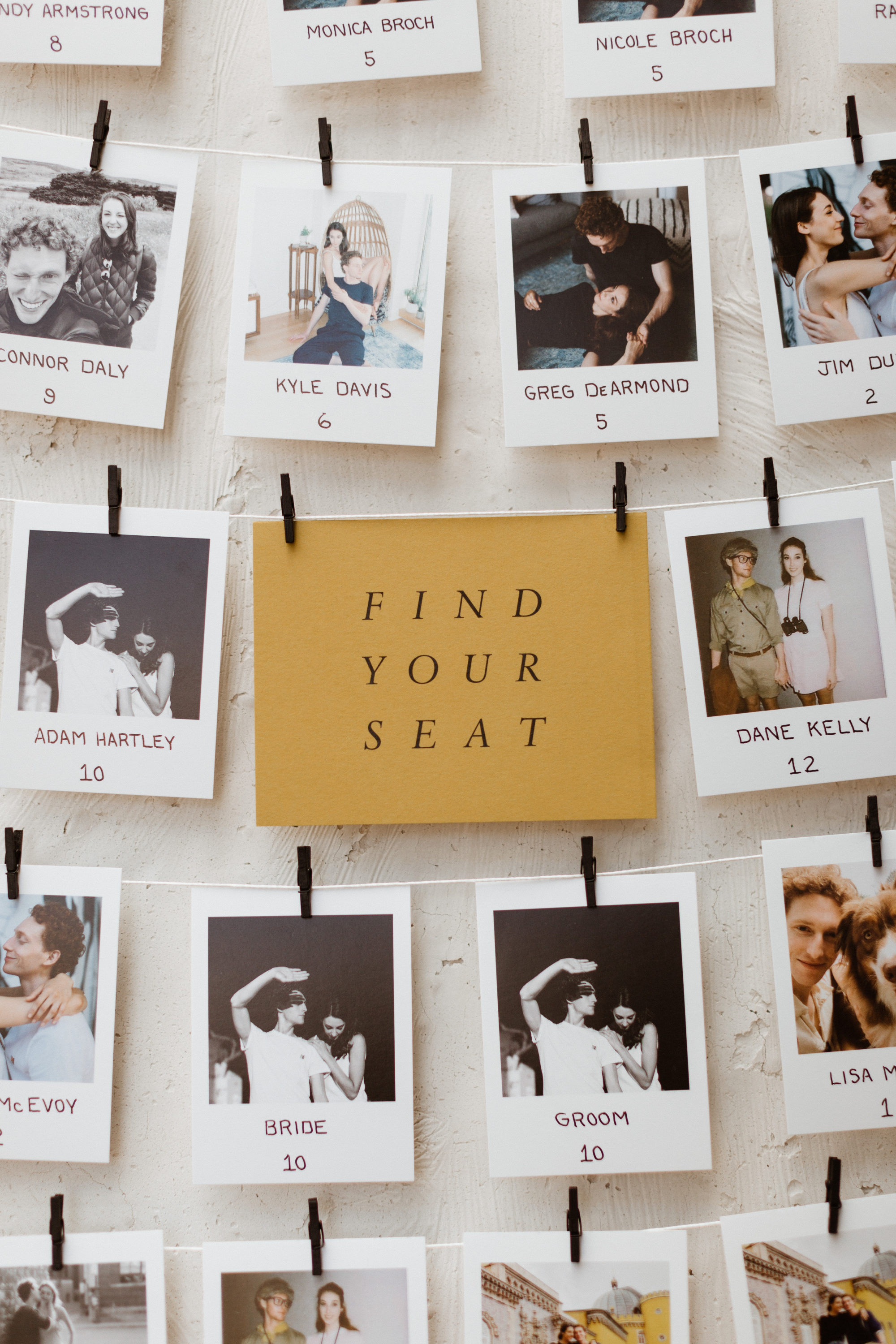 Dinner was a casual family-style feast: “We wanted to create a sense of community and open up dialogue between our guests,” says Skylar. 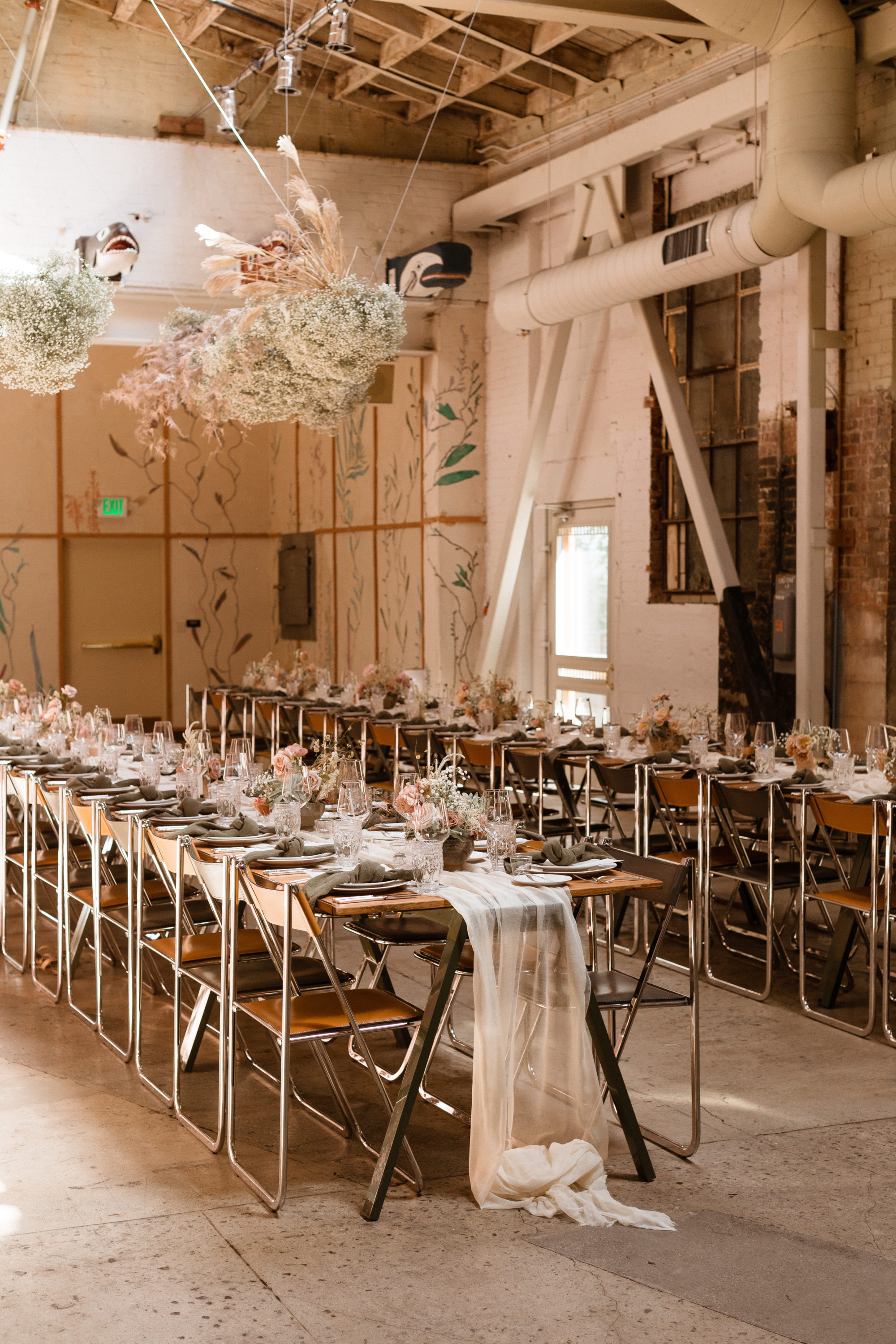 They served a seasonal farm-to-table menu from a local caterer: 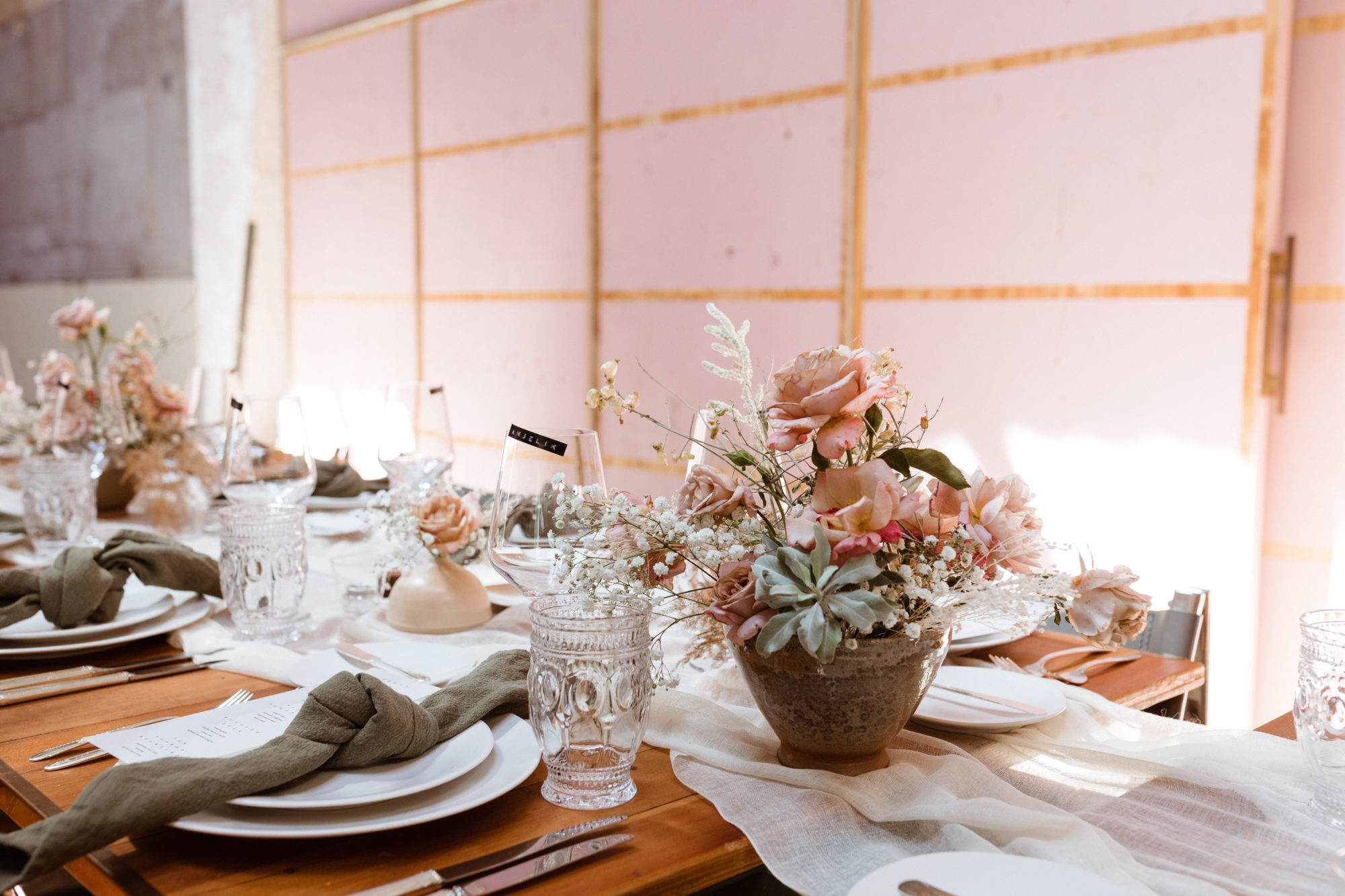 The cake was from Sqirl, one of their favourite L.A. bakeries. It was lemon-chamomile with layers of house-made rose-geranium jam: 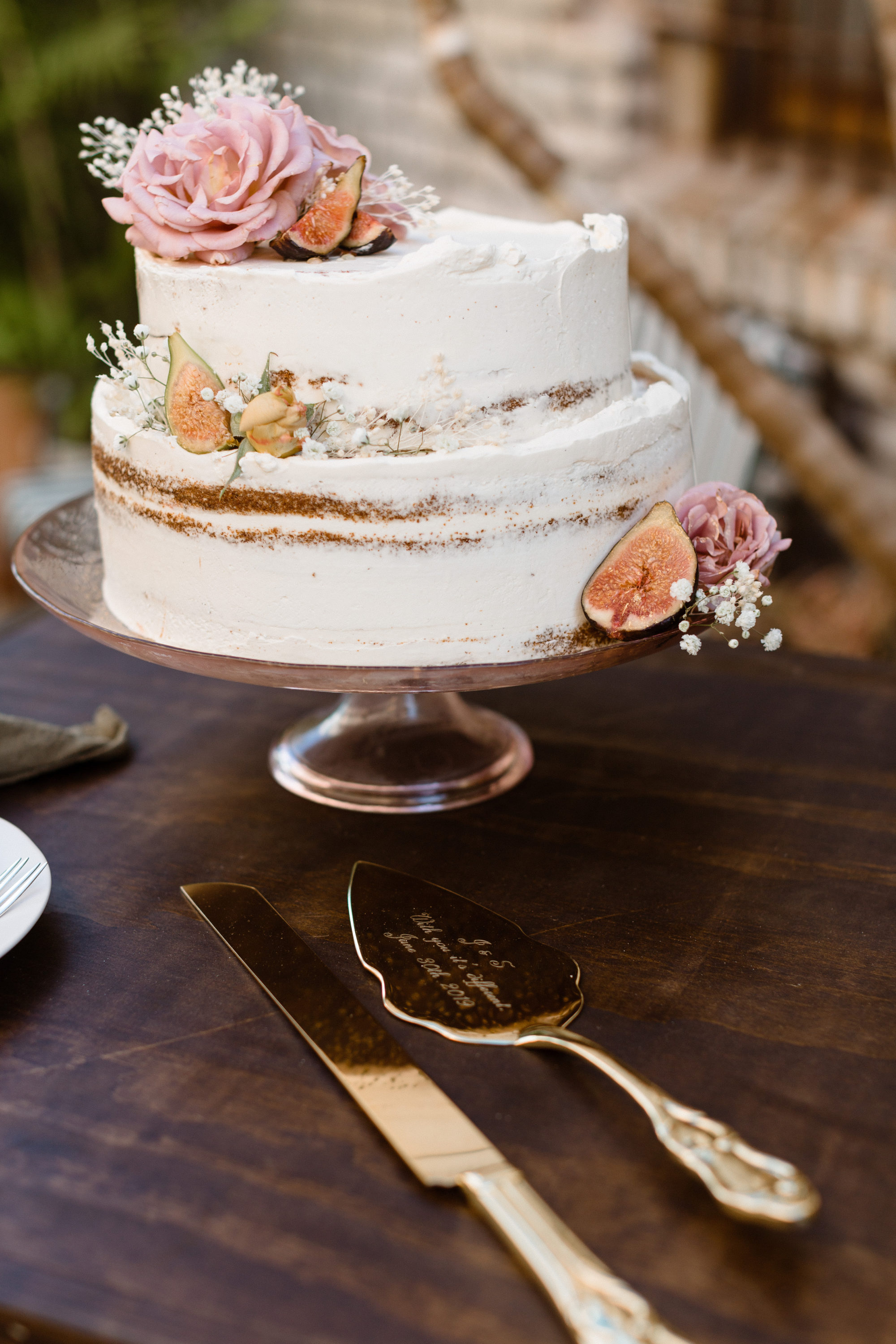 Here’s the view from outside: 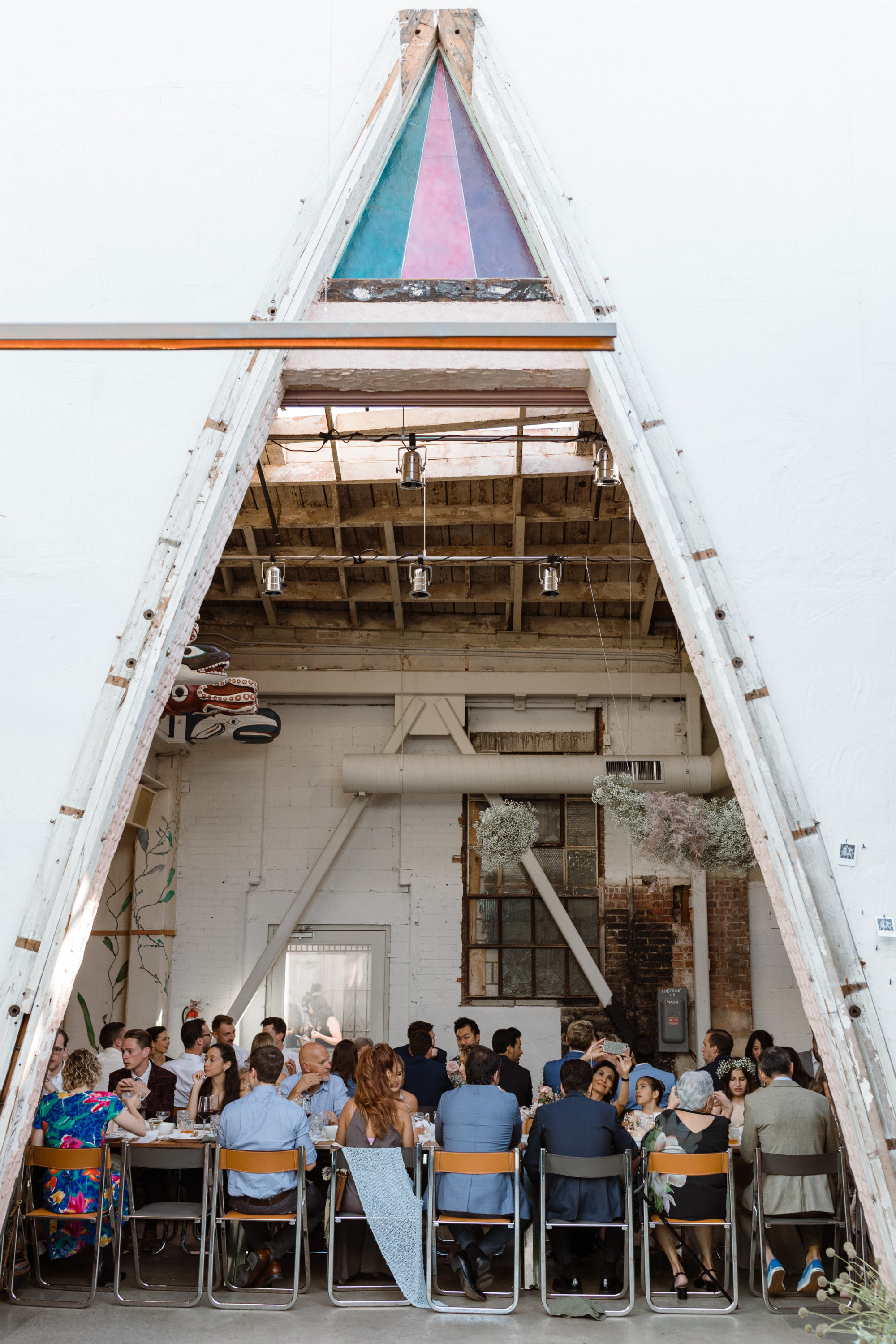 They did a first dance to “You and Me” by Penny and Quarters: 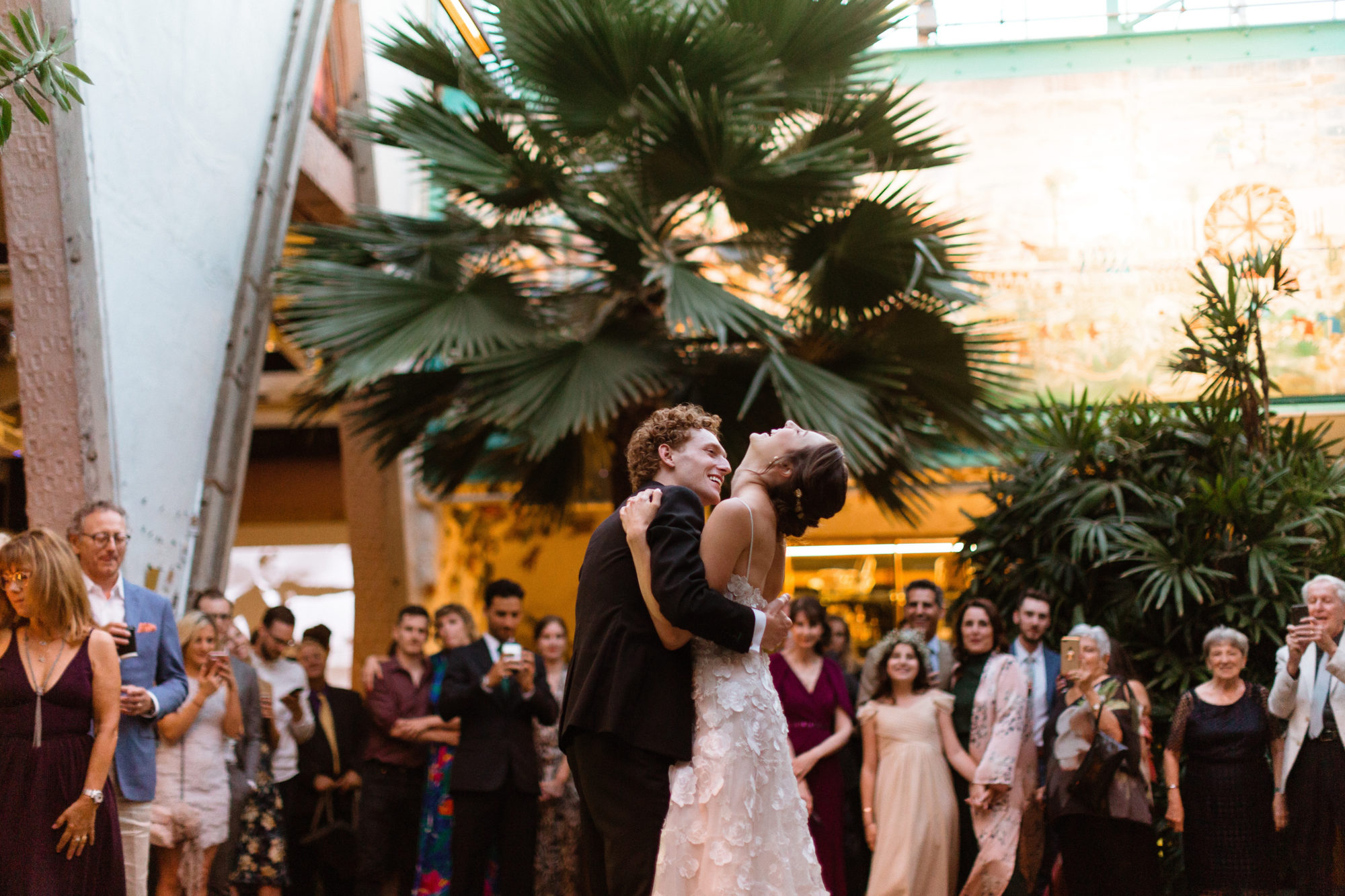 Skylar plays the drums, so he got up with the band to play Jackie’s favourite song, “American Pie”: 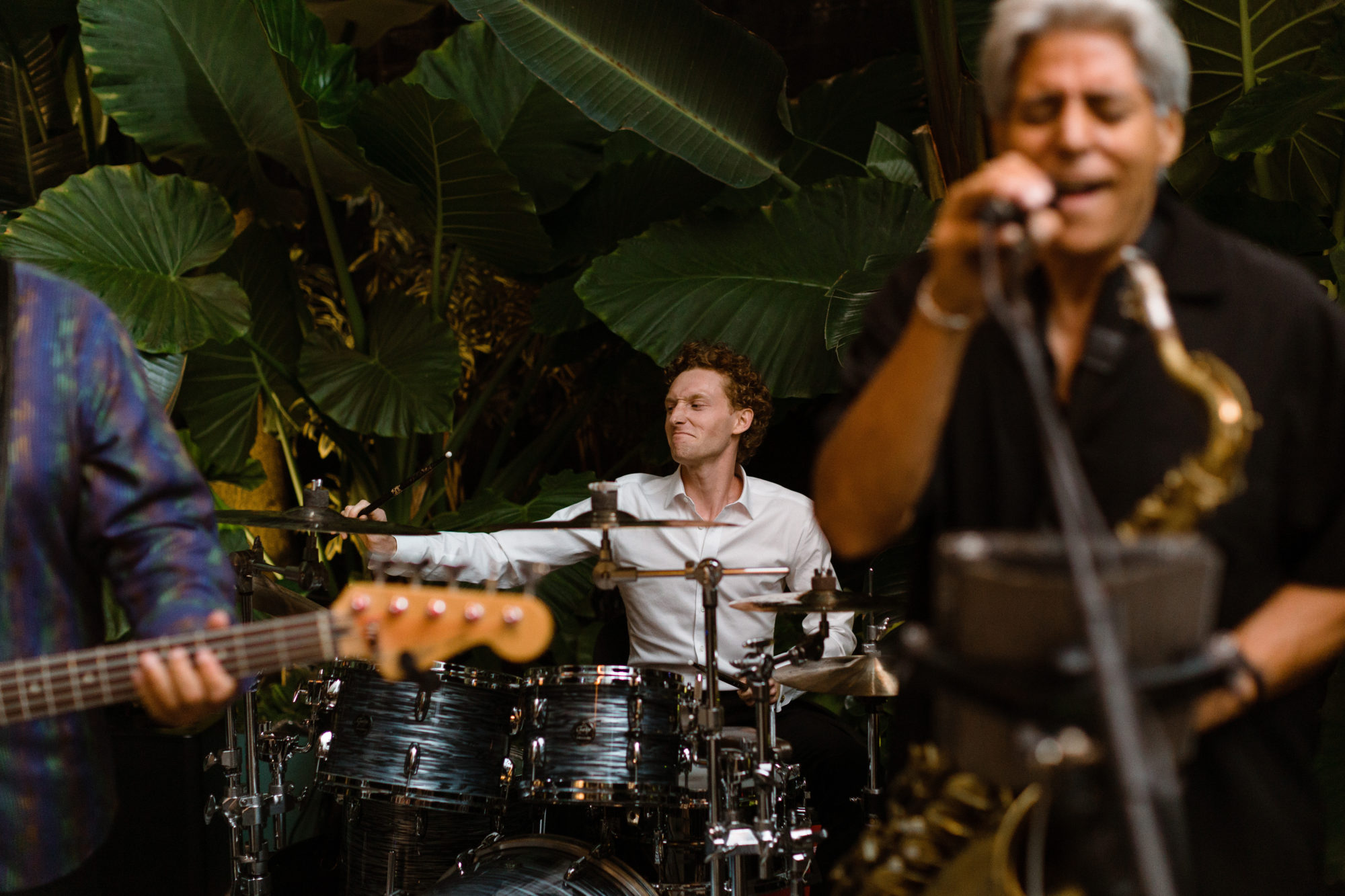 Instead of a guest book, they borrowed Skylar’s grandmother’s typewriter, and had guests type out messages and attach Polaroid pictures: 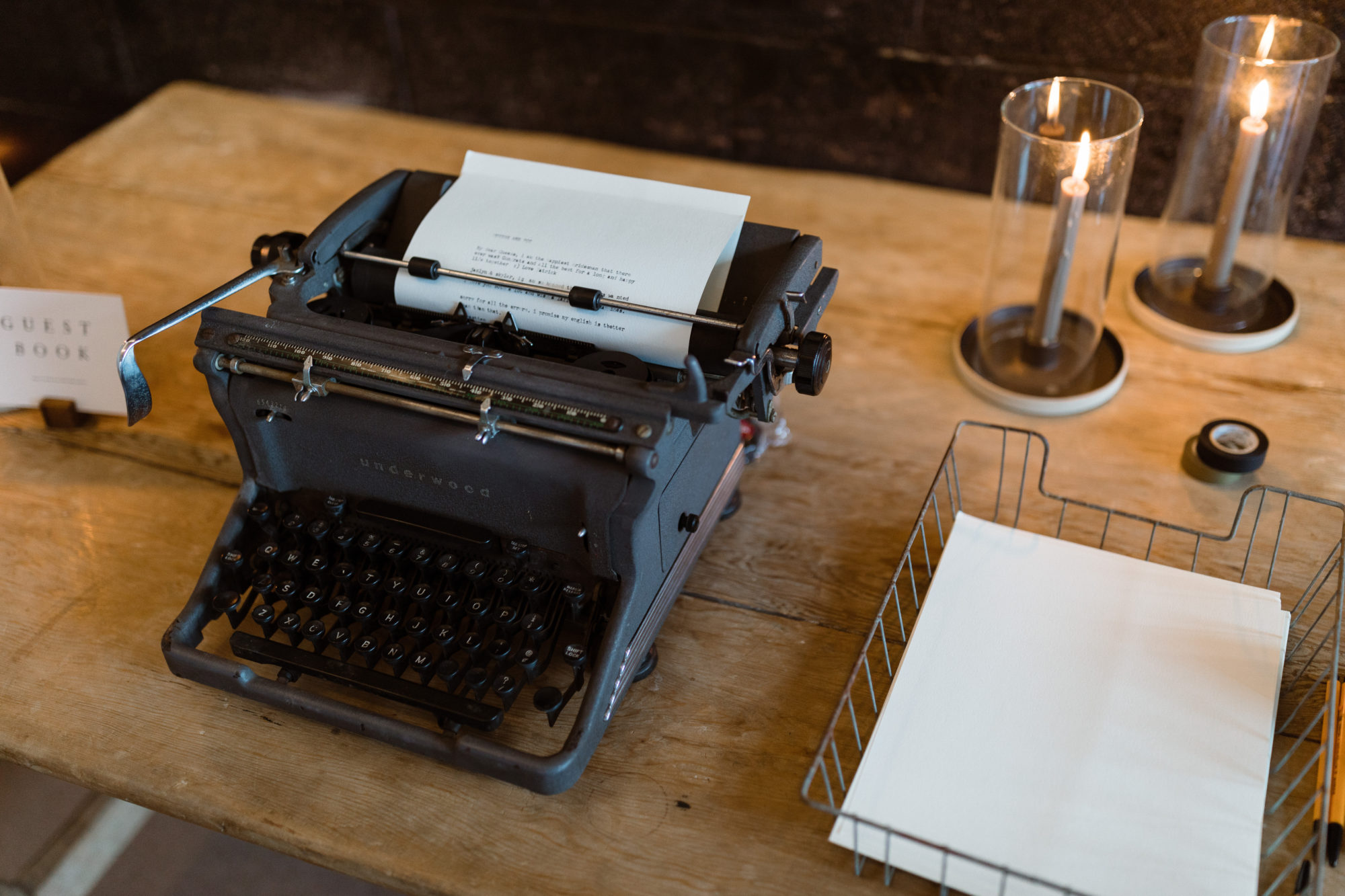 Two days later, they did another photo shoot at Wright Ranch in Malibu, the grounds of an unfinished Eric Lloyd Wright home: 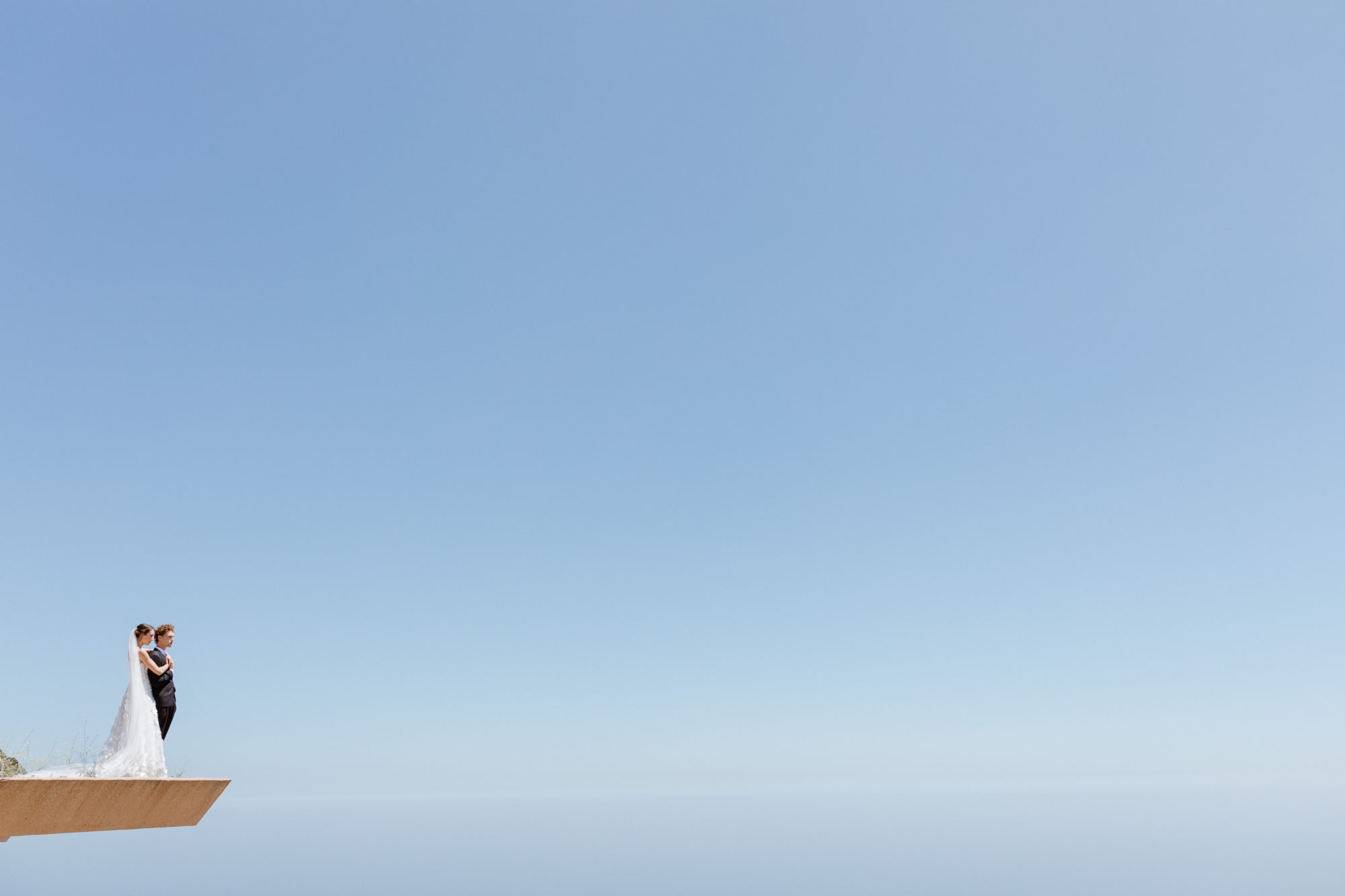 Real Weddings: Inside a zero-waste ceremony on a condo rooftop

Real Weddings: Inside a celebration with staggered backyard receptions 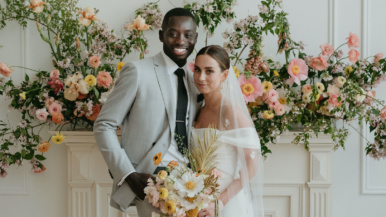 Real Weddings: Inside a sweet and flowery ceremony in Leslieville 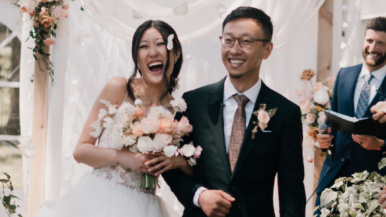 When lockdowns lifted, this couple added 70 guests to their backyard wedding