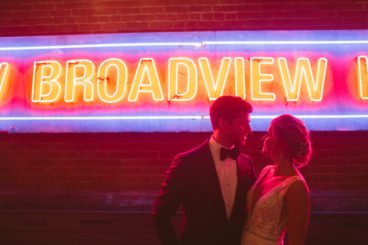 Inside a swanky surprise wedding at the Broadview Hotel

Lexi Miles, the founder and CEO of Waxon Waxbar, met her future brother-in-law, Matthew Corrin, the CEO of Freshii, and his wife, Kate, at a charity event in November 2015. They talked shop and ended up booking an appointment for Lexi to learn about Freshii’s franchising model. Matthew, who thought Lexi would hit it off with his younger brother, Adam, Freshii’s COO, texted him, “We found your future wife.”

When Adam and Lexi met at the appointment, they discovered they had already crossed paths; they were both members of the midtown gym Ultimate Athletics. In June 2016, Matthew set Lexi and Adam up on their first date, which Adam only learned about through email. “I’m setting you two up to grab drinks,” Matthew wrote. “You’re welcome and/or I’m sorry.” Lexi and Adam kicked off the date with a rowing class at their gym, following by drinks at the Pilot and dinner at Kasa Moto before ending up at the Park Hyatt’s rooftop patio. “The date was supposed to be just drinks, but it ended up lasting all night,” says Lexi. They were both smitten. “I like to joke that I’ve been on more first dates than anyone in Toronto,” says Adam. “So when I wanted to see Lexi for the second and third time, I knew.”

Adam proposed over the August 2017 long weekend, only a year after they began dating. He invited both sets of parents to his brother’s cottage in Muskoka, and planned to pop the question at a scenic spot en route. They stopped at a cabin-like gas station along Highway 400. “It was weird because Adam is usually rushing me, but this time he was like, ‘Take your time and go to bathroom,’” says Lexi. Adam adds, laughing, “I needed to get the ring out! Needless to say, she was caught off guard.”

They scheduled the wedding for July 2018 at the Broadview Hotel, but then some unexpected news arrived: Lexi was pregnant. They quickly re-strategized. They’d tell all of their friends and family that they were having a black-tie “engagement party” in January and then surprise their guests—apart from their immediate families and wedding parties—by turning it into a surprise wedding ceremony. 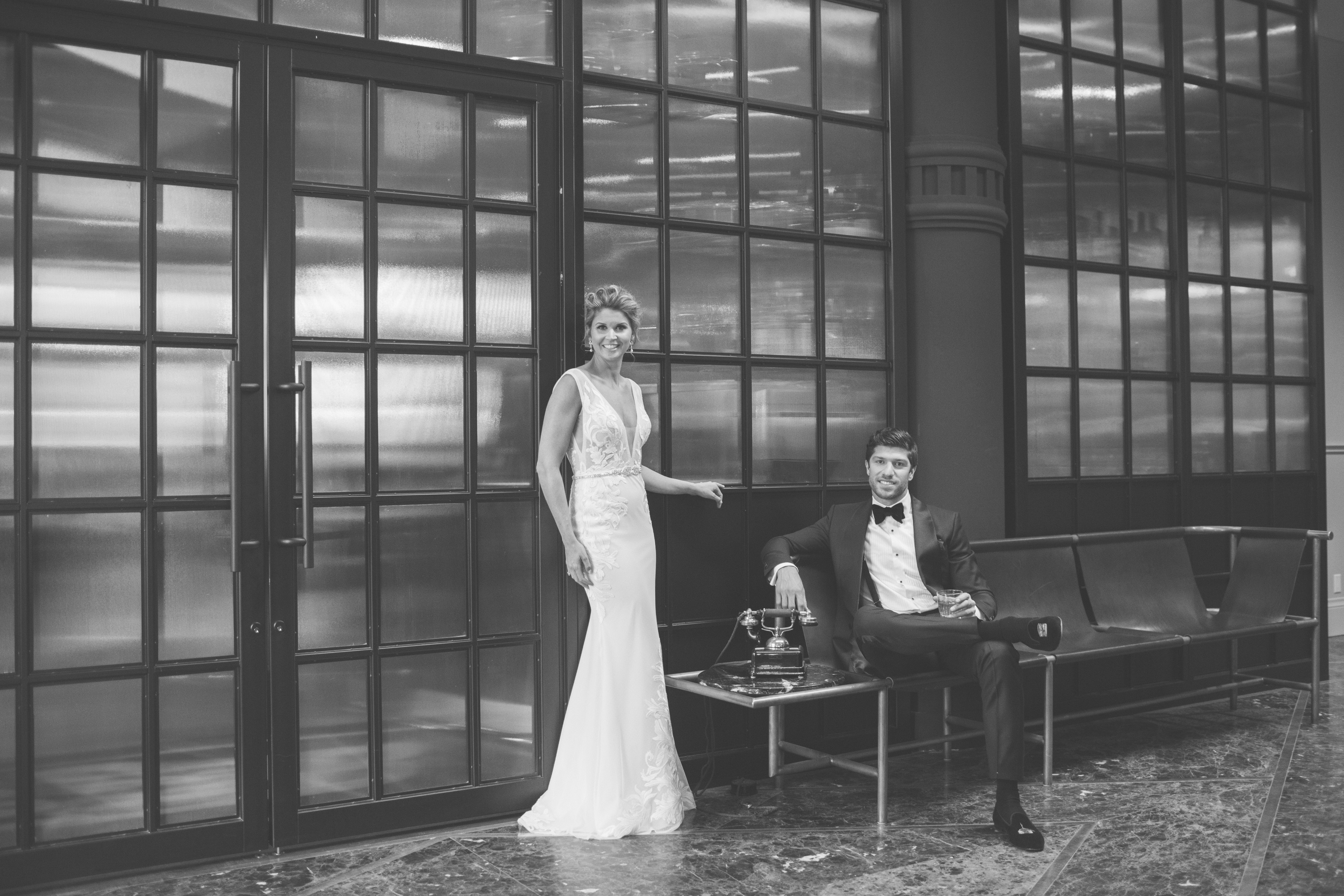 Lexi never envisioned wearing a dress with a plunging neckline, but the staff at White Toronto assured her this style would suit her, and she ended up loving it. It was the second dress she tried on: 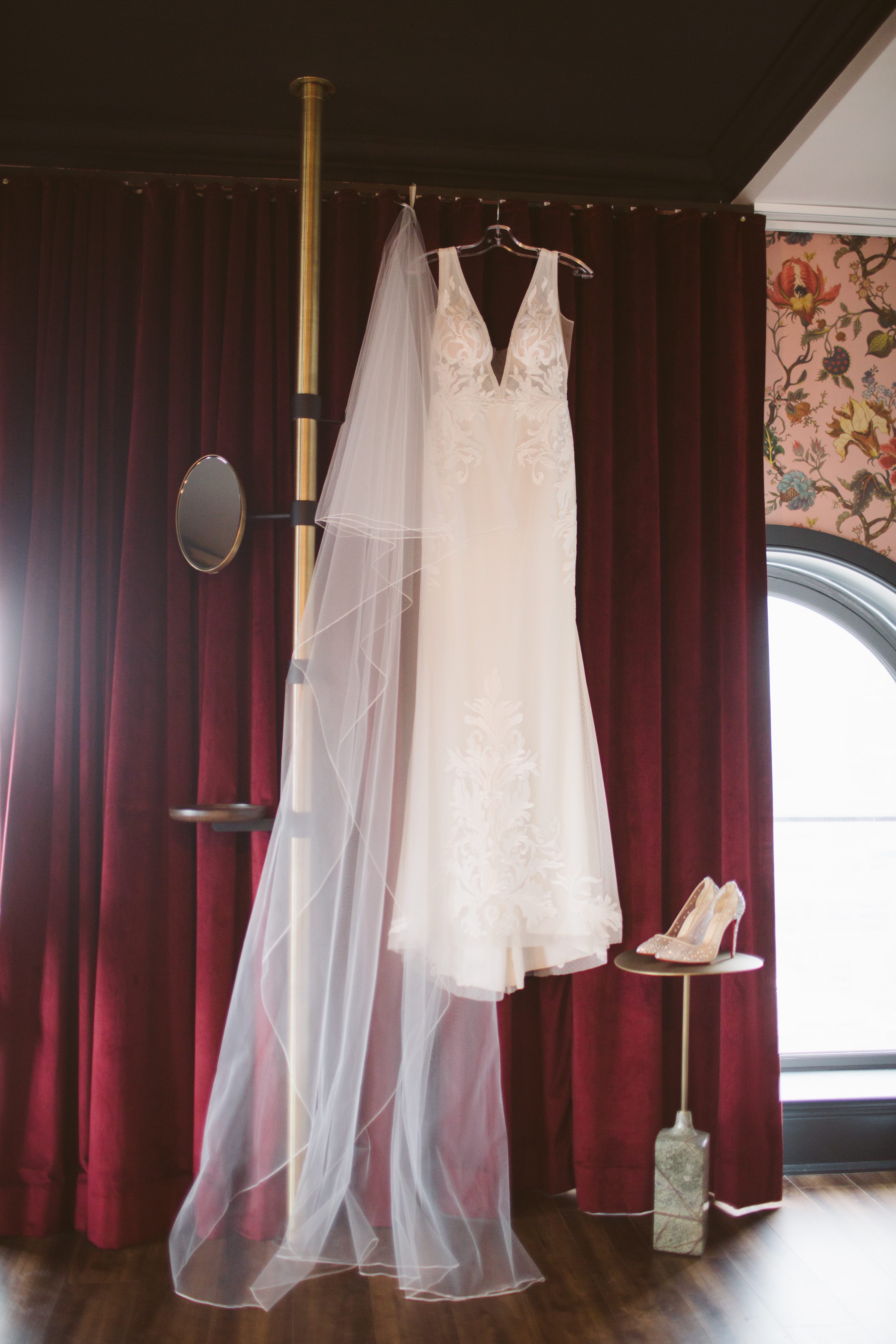 Back when they started dating, Adam fell in love with Lexi’s dog CeCe. During their wedding speech, he told the crowd that he was marrying Lexi so he could “officially” become CeCe’s dad: 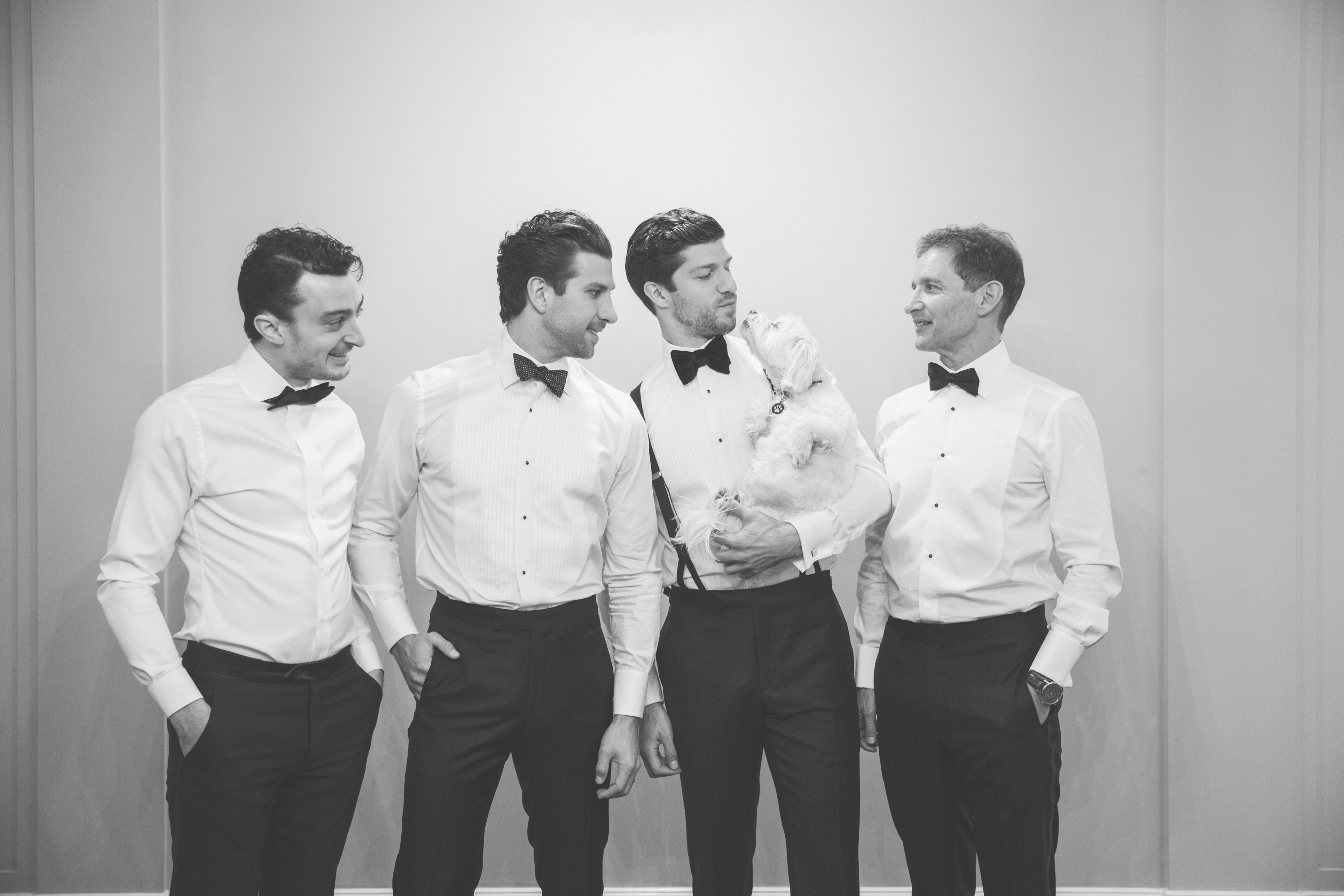 When Lexi’s mother saw her in her dress for the first time, she struggled to contain her emotions: 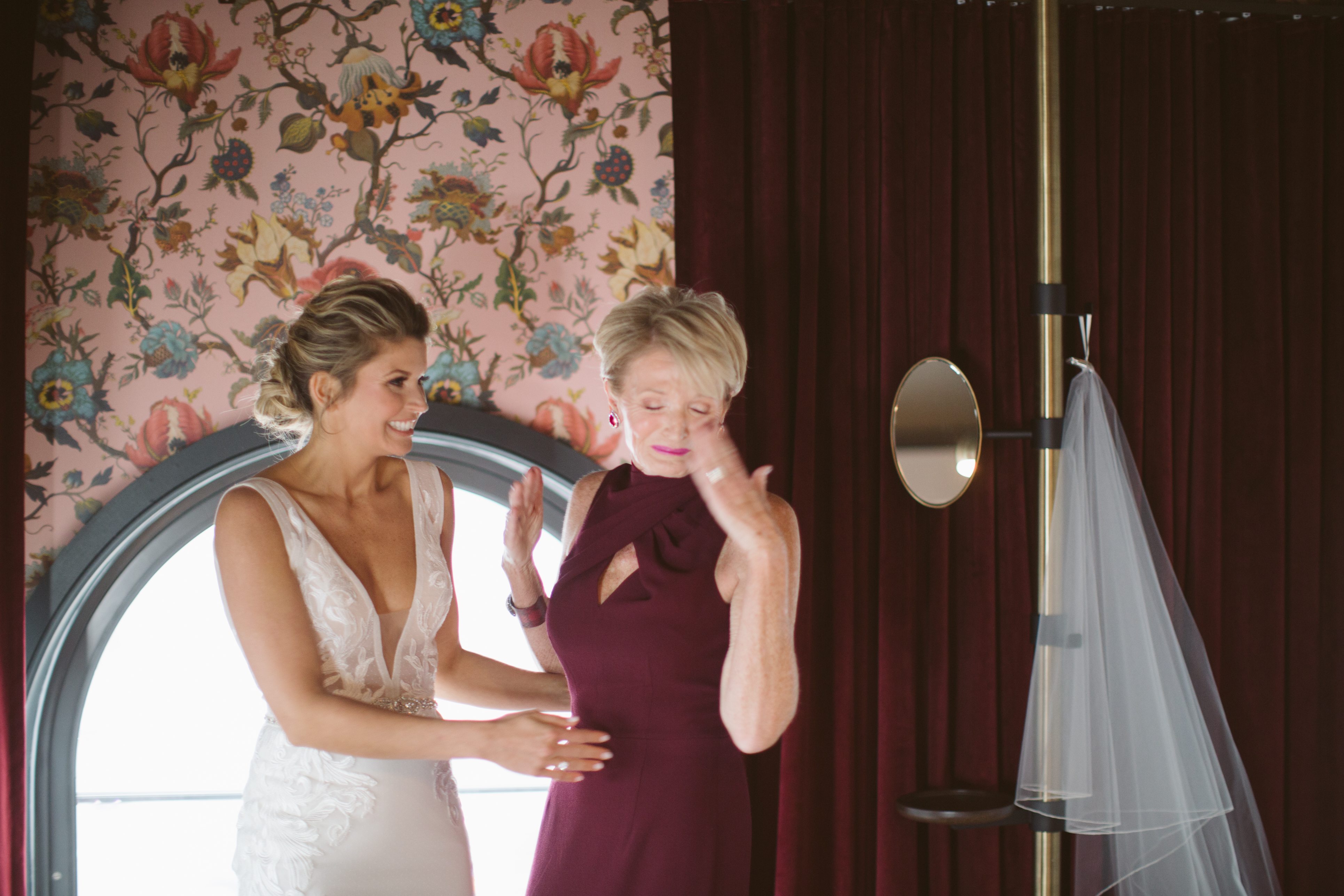 At first, Lexi was against doing a “first look.” In retrospect, she’s glad they did because it allowed them to spend more of the day together: 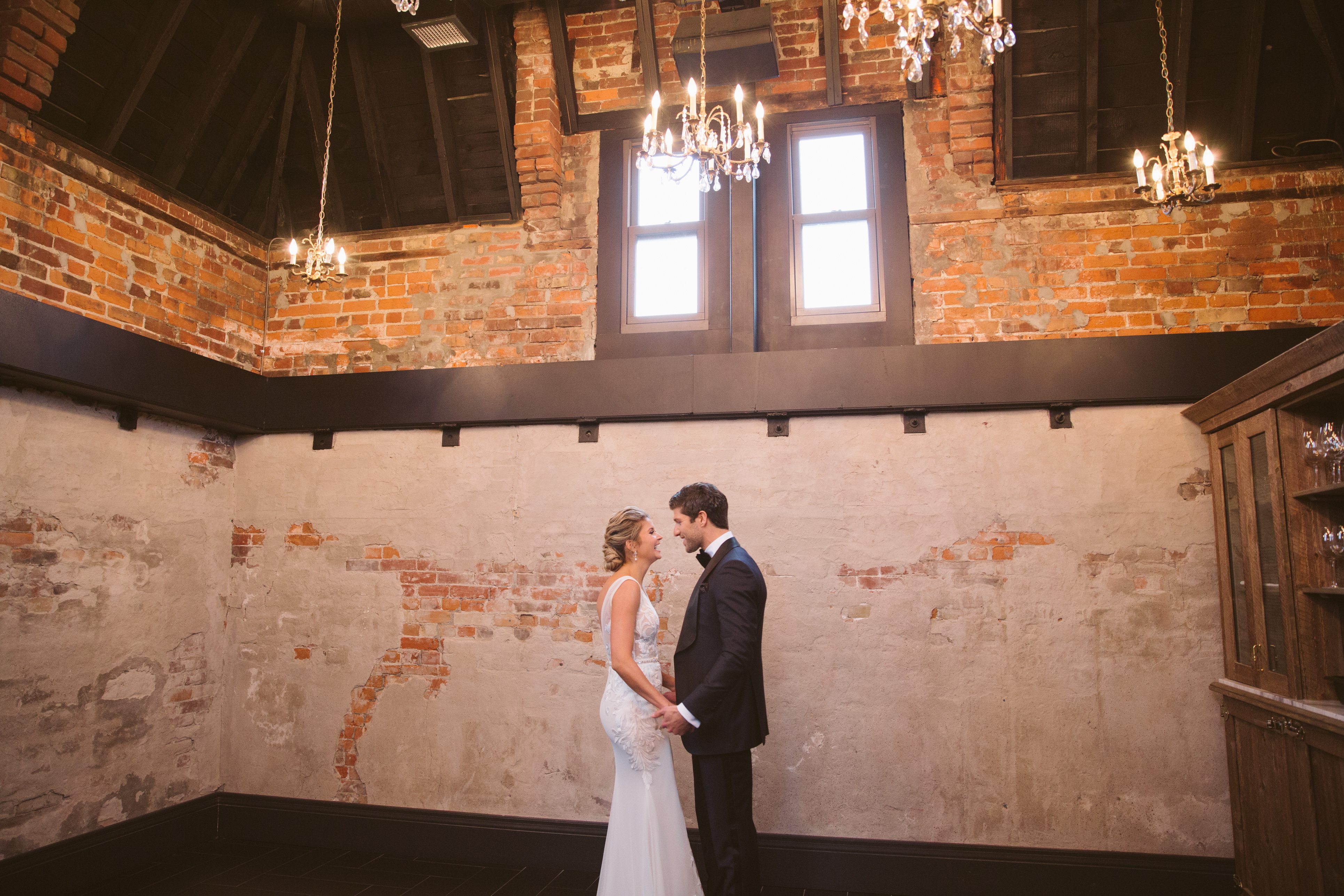 During the ceremony, guests stood or sat on couches in a U shape around the bride and groom. “The energy was incredible,” Lexi says. Adam is Jewish, so the couple incorporated Jewish elements into the ceremony, like a modern chuppah: 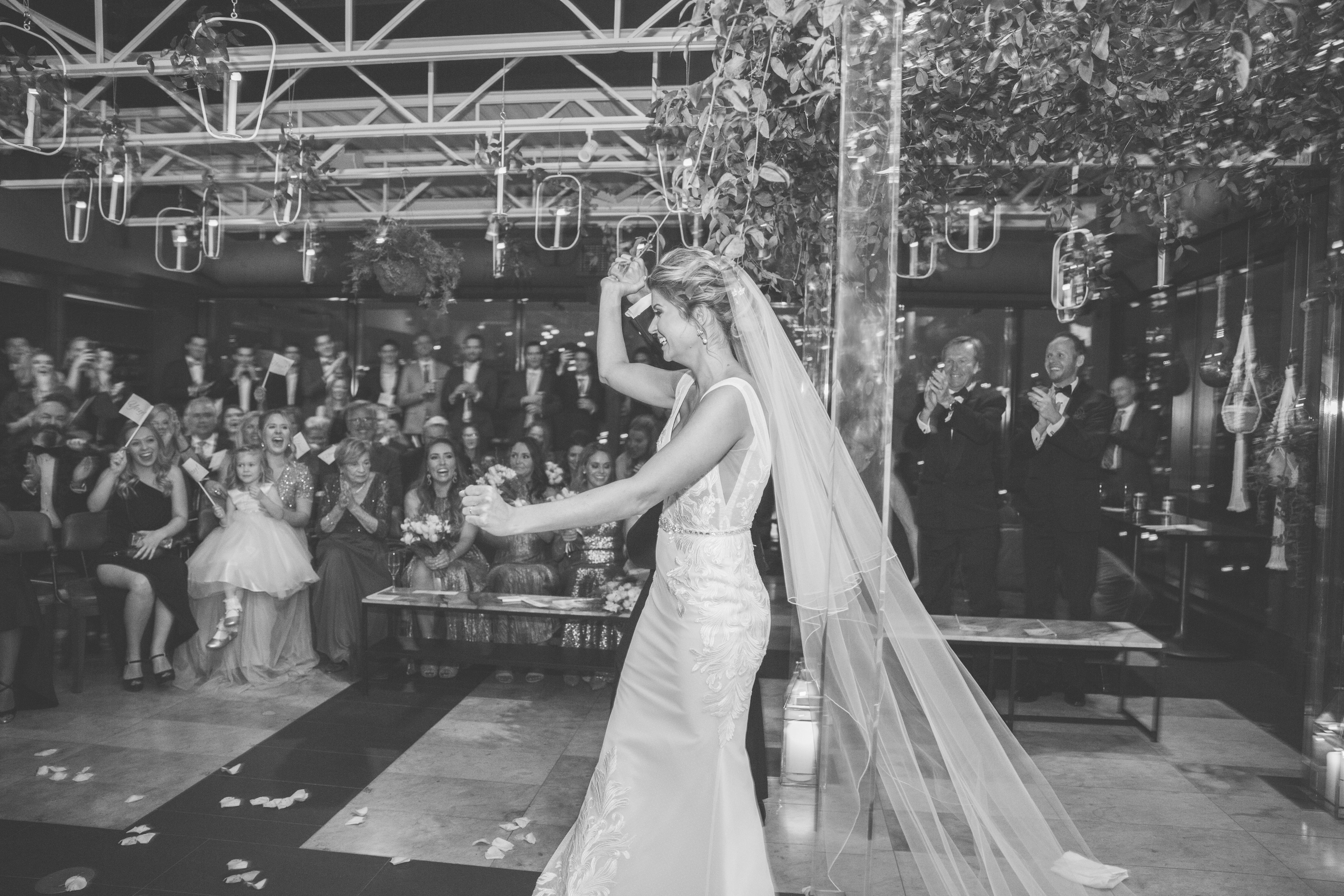 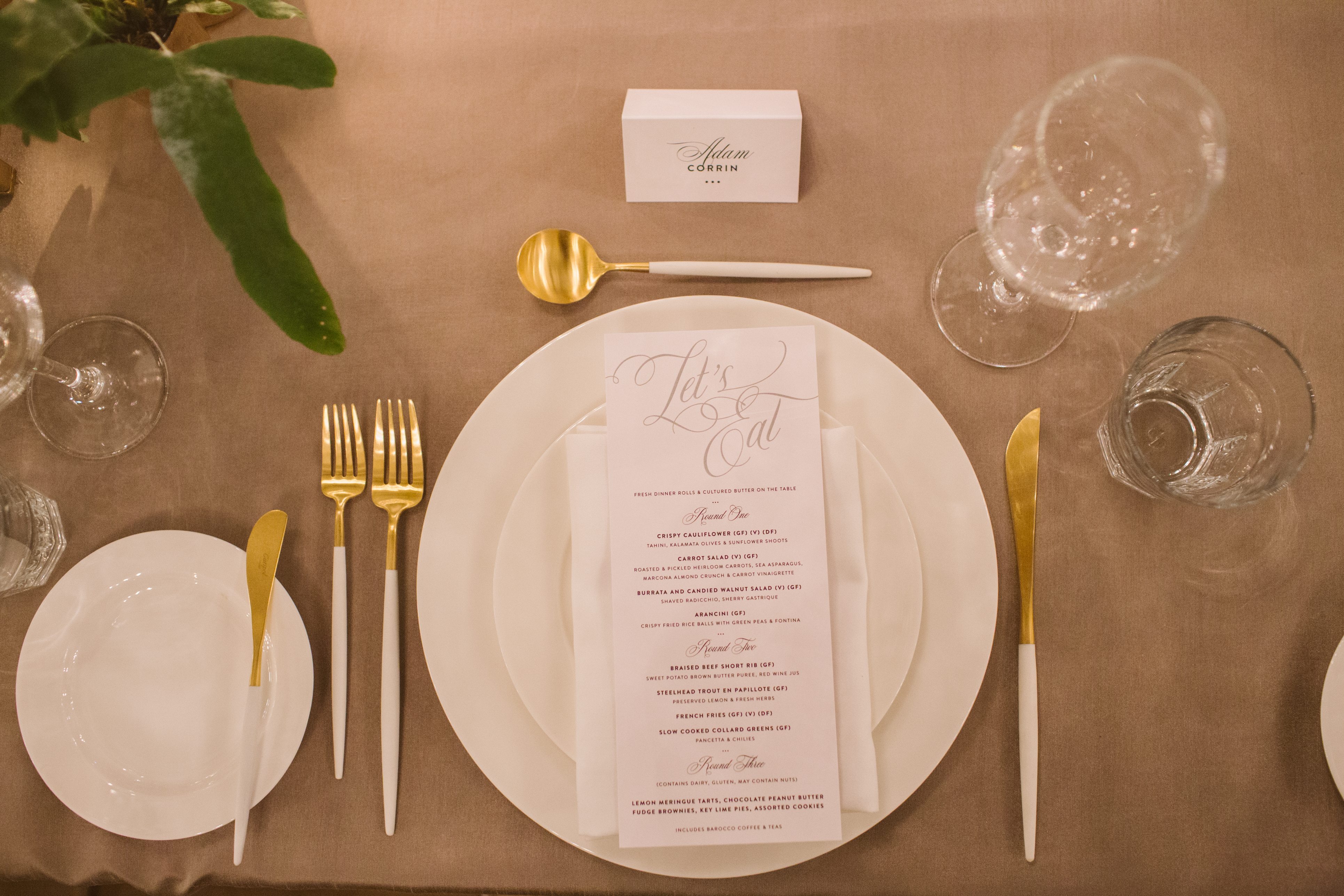 Broadview Hotel’s Lincoln Hall, where Lexi and Adam had their reception, was decorated with greenery and candles: 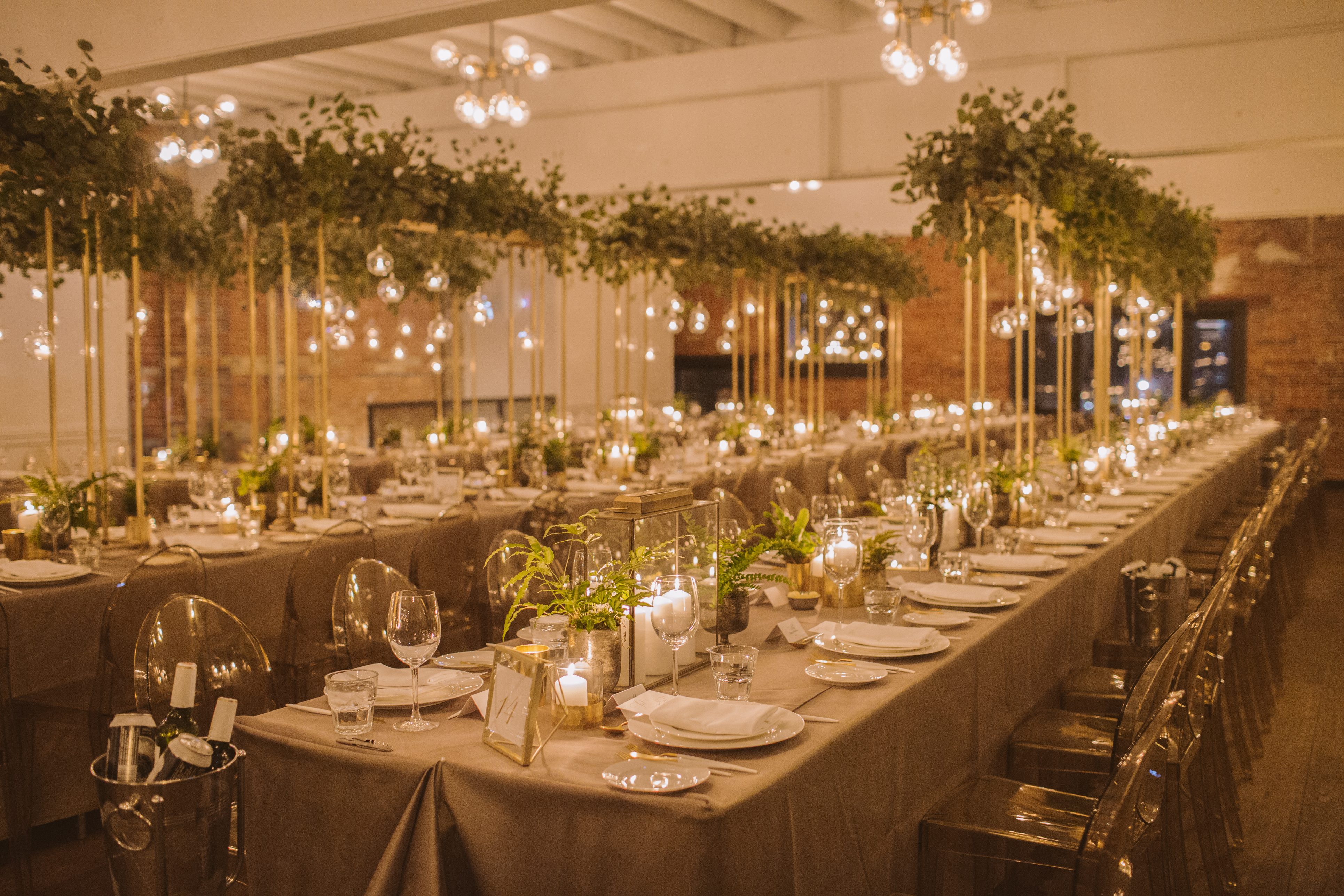 Lexi and Adam concluded their speeches with another surprise—that they were expecting a child in July: 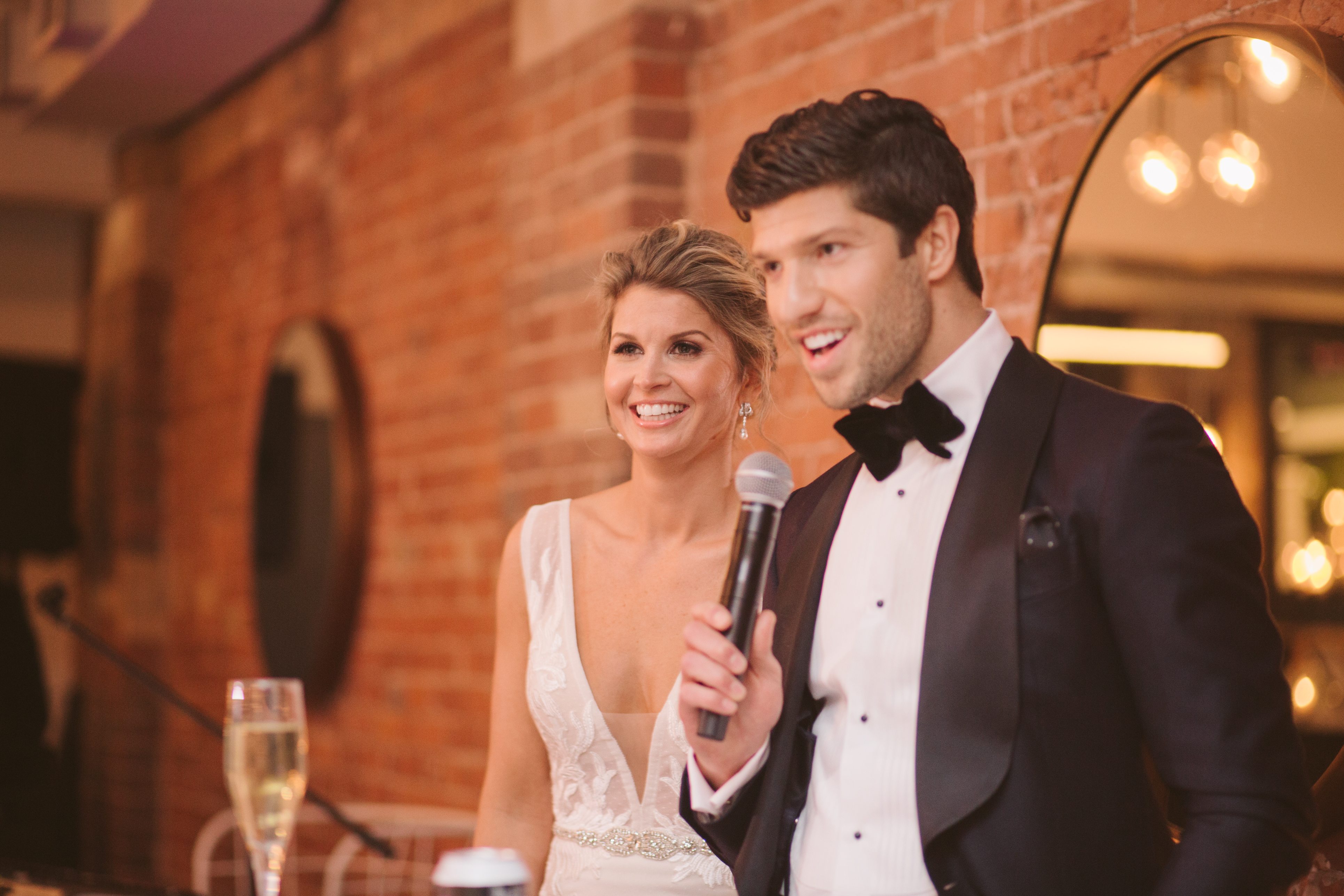 Adam’s father, Richard, who is a dentist, joked that his best advice for making a marriage last is to “floss daily”: 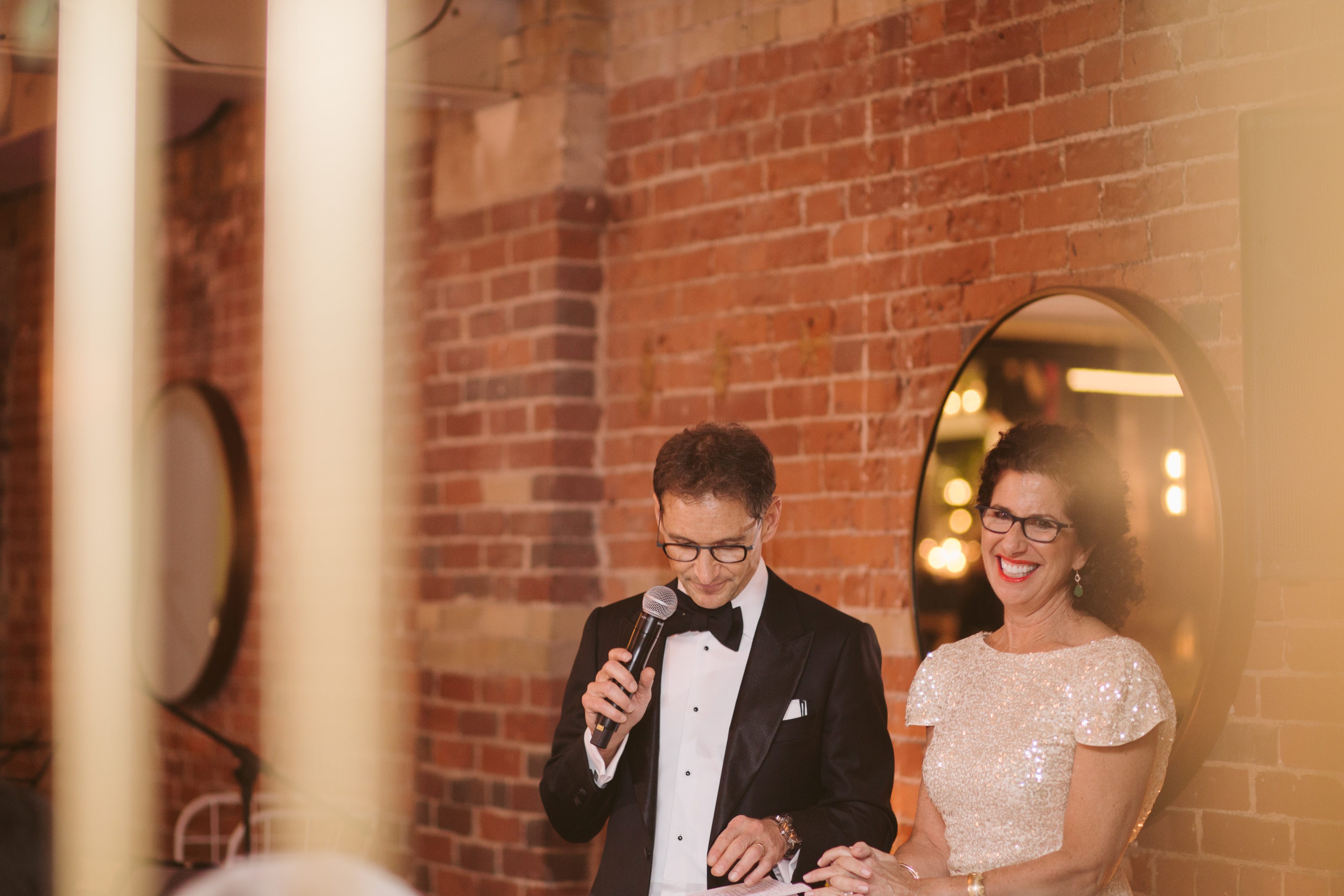 The couple’s first dance was to “Someone Like You” by Van Morrison: 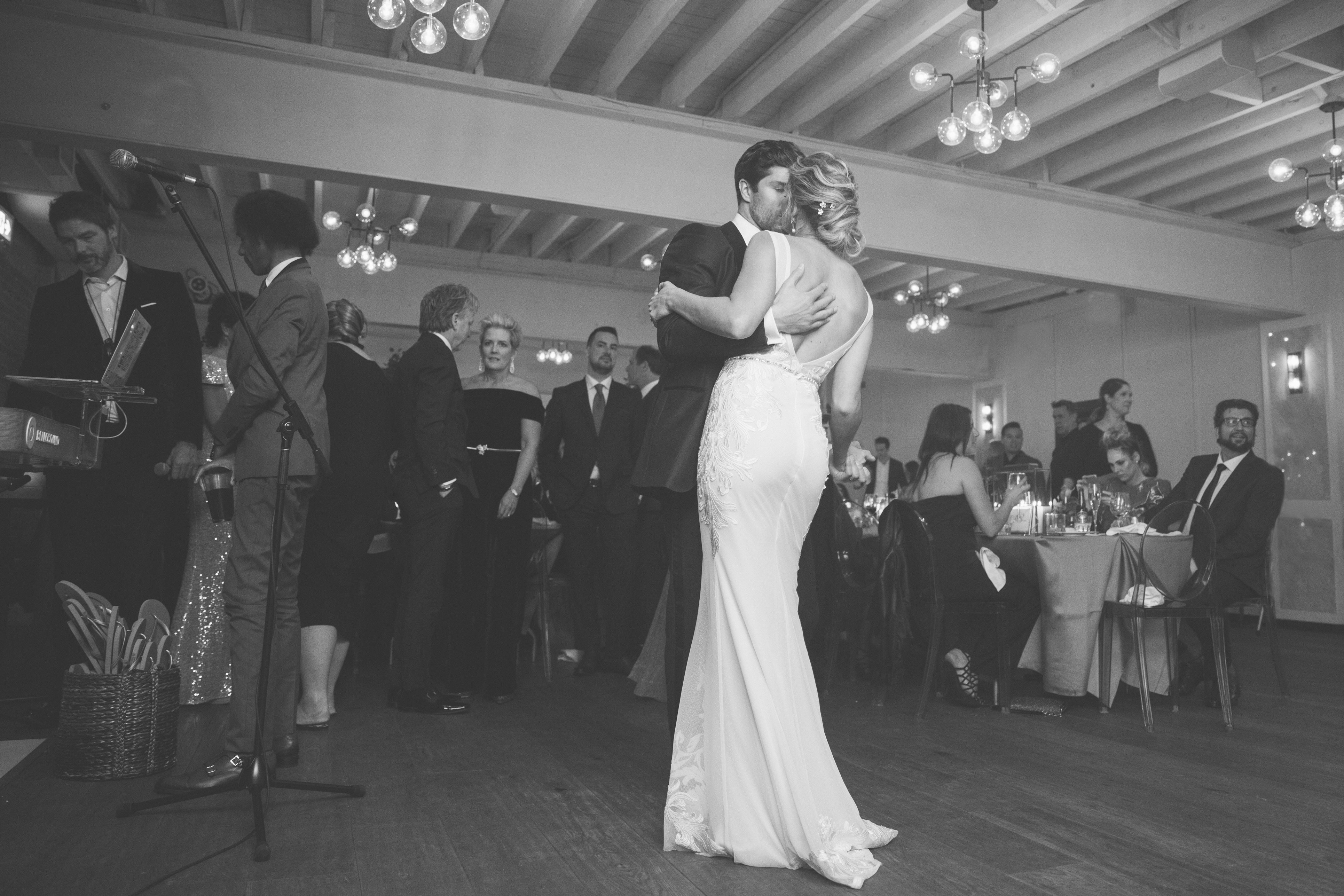