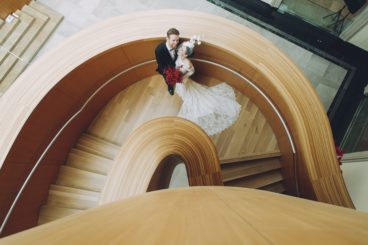 Inside a crimson wedding at the AGO

Dorota Linda, a radiologist, was convinced by friends to downloaded Tinder in May of 2015. Anthony Niblett’s profile was one of the first she came across. She was attracted to his clever bio, which read “6’5 British-Australian law professor. Life’s too short but I’m not,” and swiped right. It was a match, and their first date, at Cocktail Bar on Dundas West, was her one and only app-enabled rendezvous.

Nine months later, during a leap year, Dorota planned a surprise proposal for February 29. (According to an old Irish tradition, women may propose to men only on this day.) “I decided that it was my chance,” says Dorota. She ordered a custom cake from Nadège that read “Will you marry me?” and placed it in the fridge for Anthony to discover. He found the cake after they returned from seeing a Star Wars movie, and accepted her proposal. They kept the news secret for months, though, until they picked up Dorota’s ring in September. This time, Anthony bought the same cake and inscribed it with, “Yes, easy question.”

In the middle of their two-year engagement, their daughter Zosia was born—which slowed down the planning process slightly. They chose the AGO as the venue because they’d been members for years. Dorota is obsessed with the colour red, and made sure the vibrant hue was everywhere—from her spider orchid bouquet to the dance floor decal. “We wanted it to be modern and contemporary and clean—and red was a natural colour to choose,” she says.

UK-based illustrator Blanka Biernat created an illustration of the family in their wedding-day looks for the invitations: 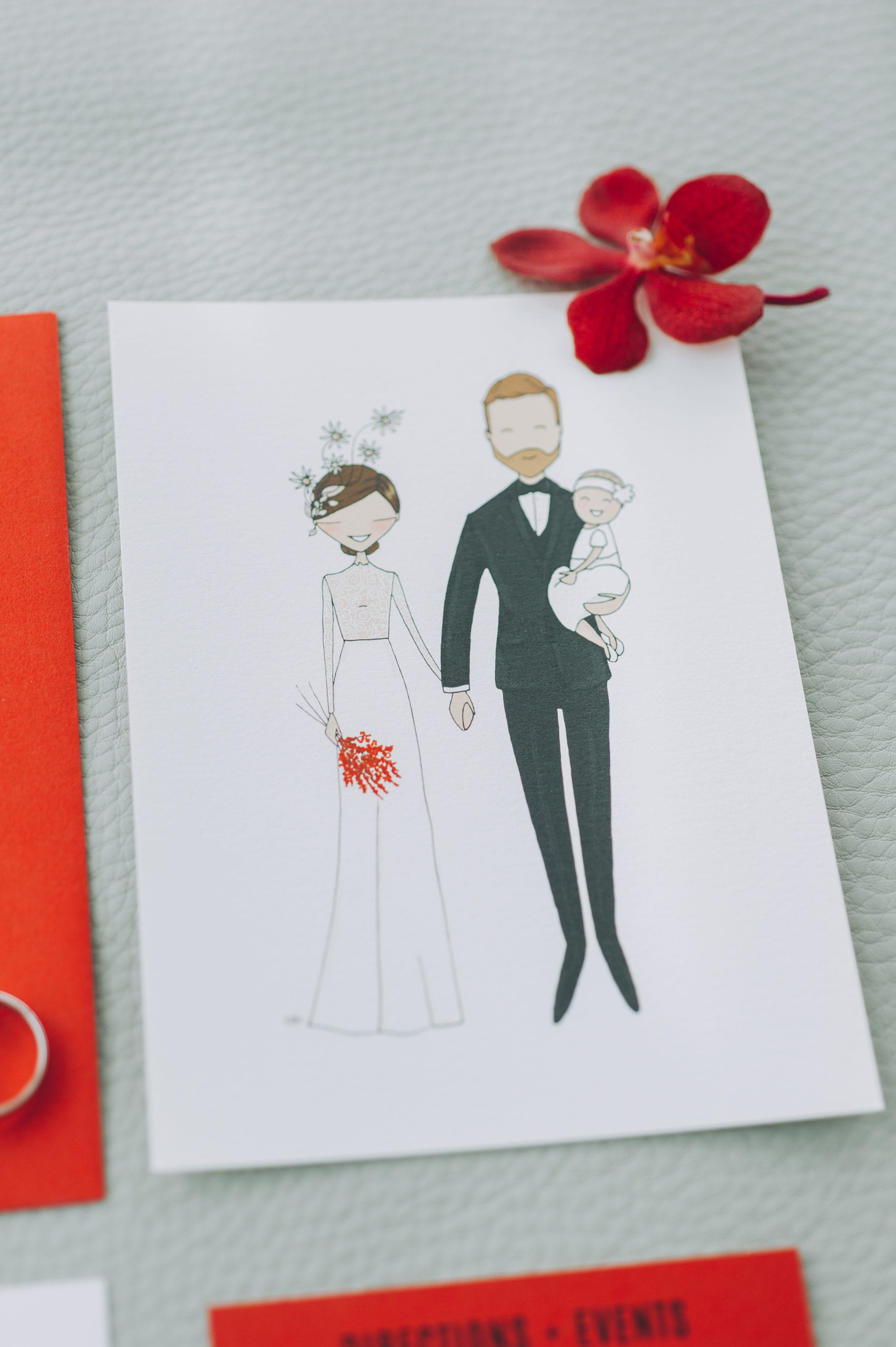 The couple got ready together at their King and Bathurst condo. Dorota’s lacy dress was by Toronto designer Ines Di Santo. “I loved that it was covered, but also still sexy and lacy,” she says. The dress initially came without sleeves, but they added them on: 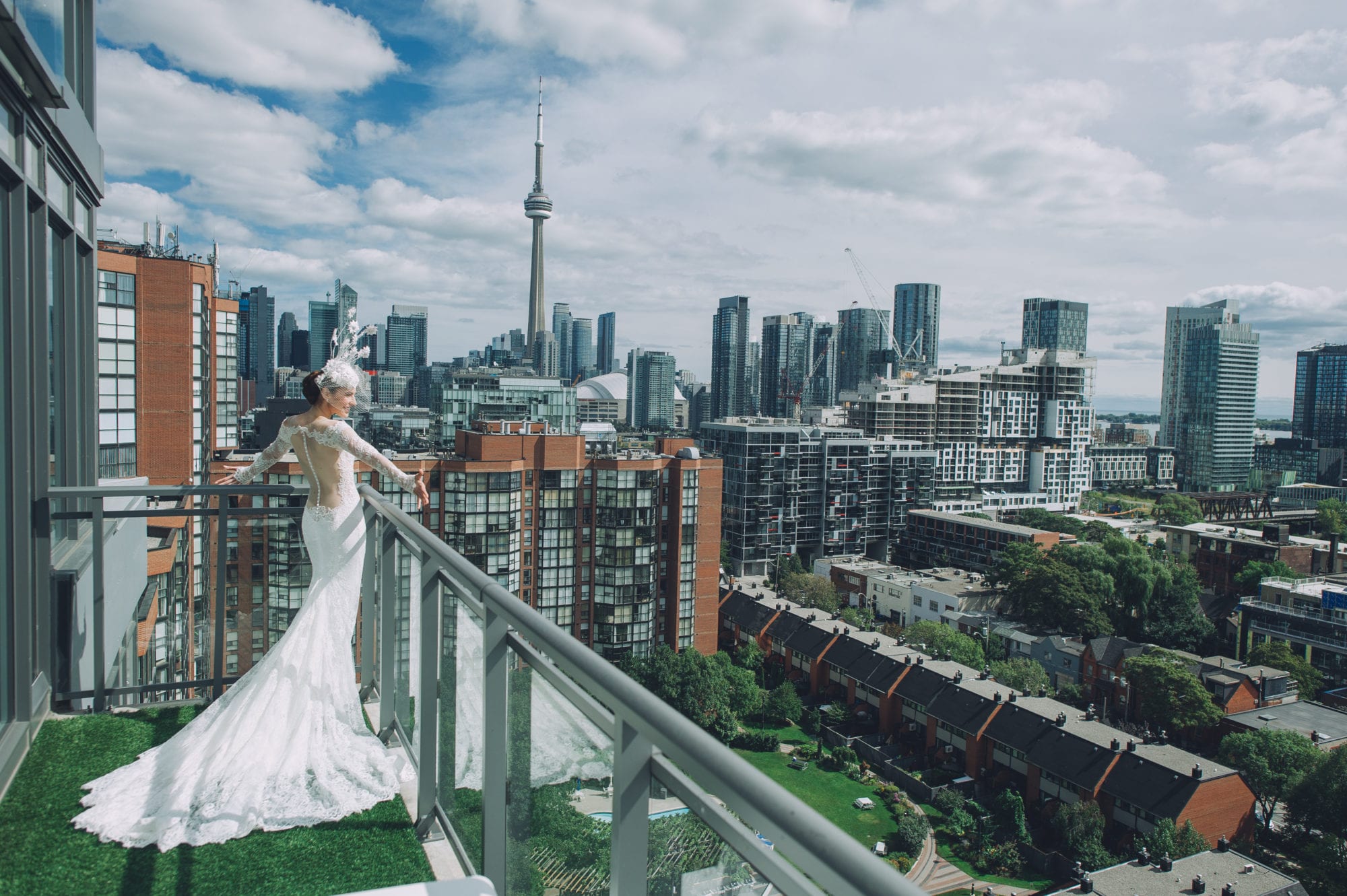 Anthony went with a classic custom tux from Harry Rosen. “I loved that it was simple and not too shiny,” he says: 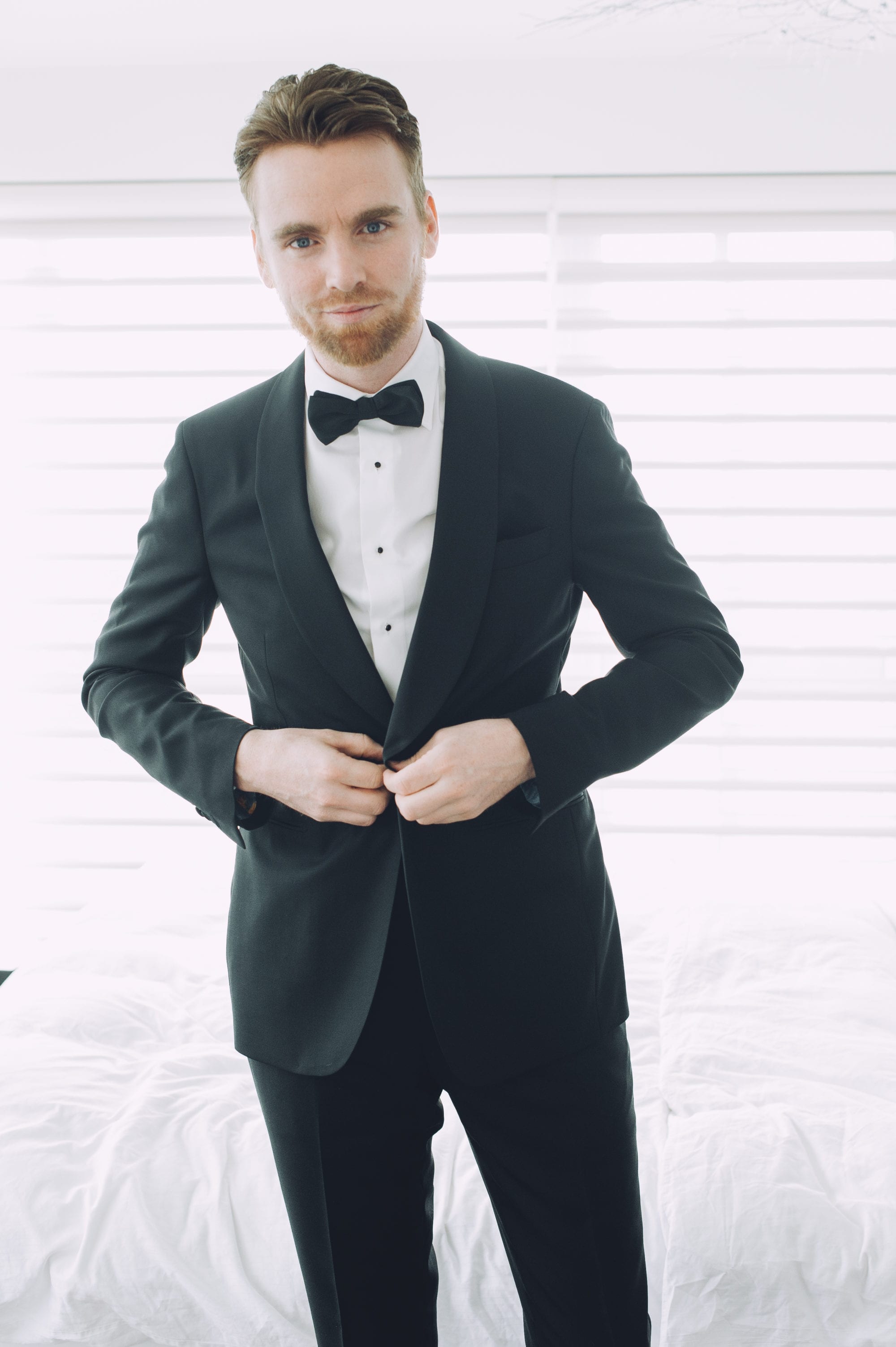 Dorota did her own makeup, but she had a hairdresser create an updo and attach her custom David Dunkley fascinator. The piece was inspired by Dorota’s mother, who wore a birdcage fascinator at her own wedding. “I thought it was so beautiful and original, and I wanted to have something similar,” says Dorota. 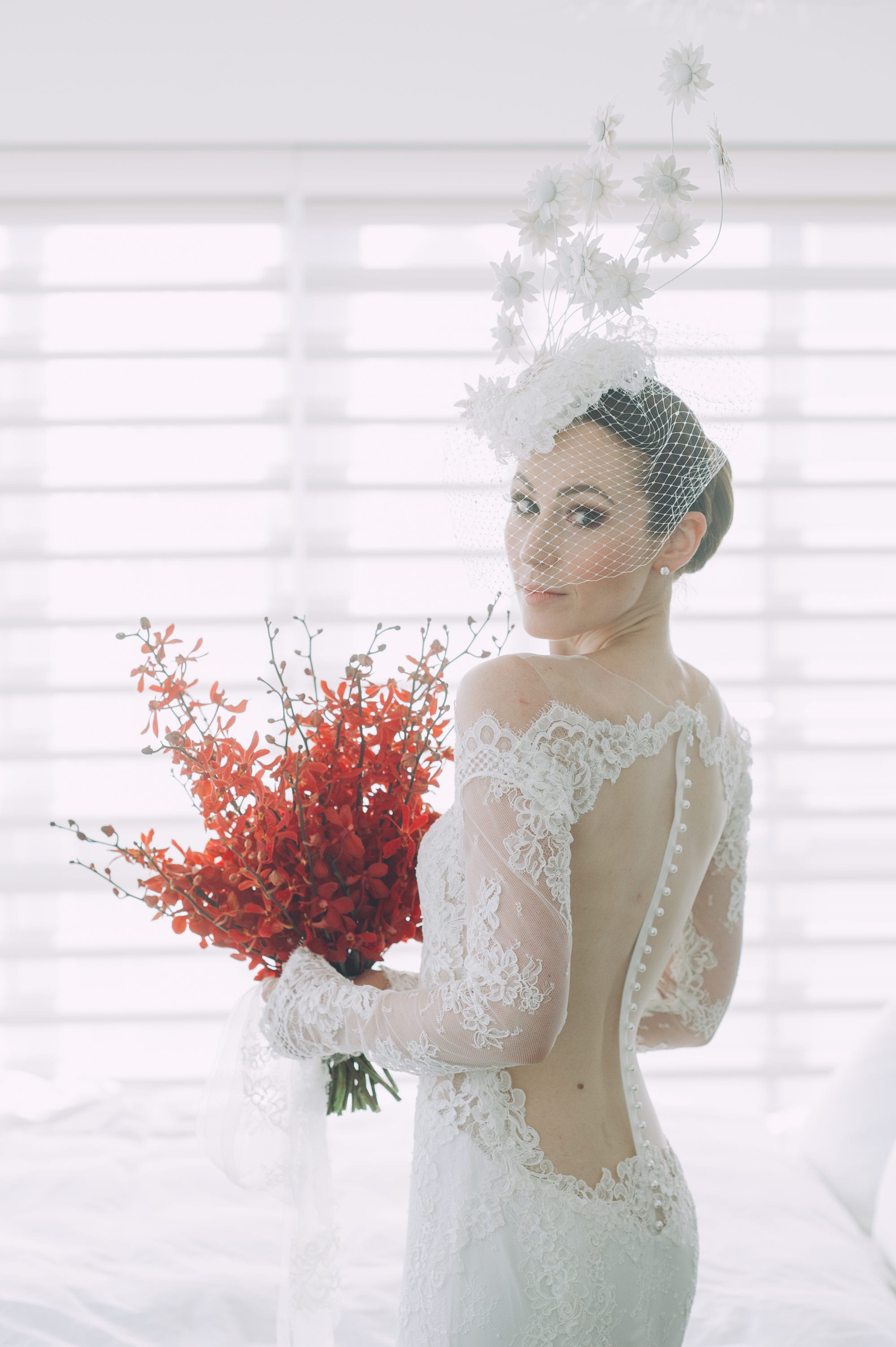 After getting ready, the pair had some pictures taken around U of T: 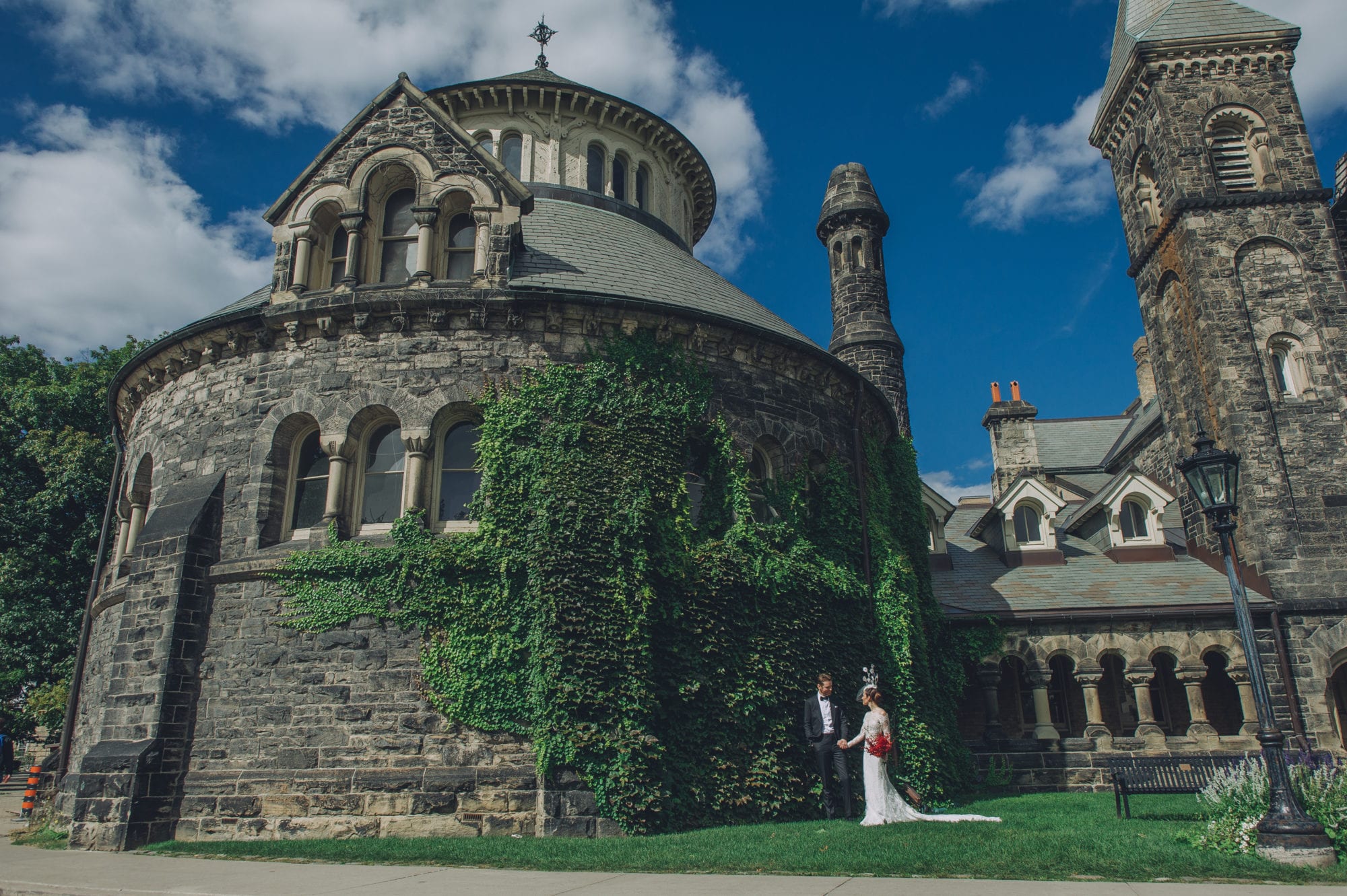 They had a white Bentley shuttle them around for the day: 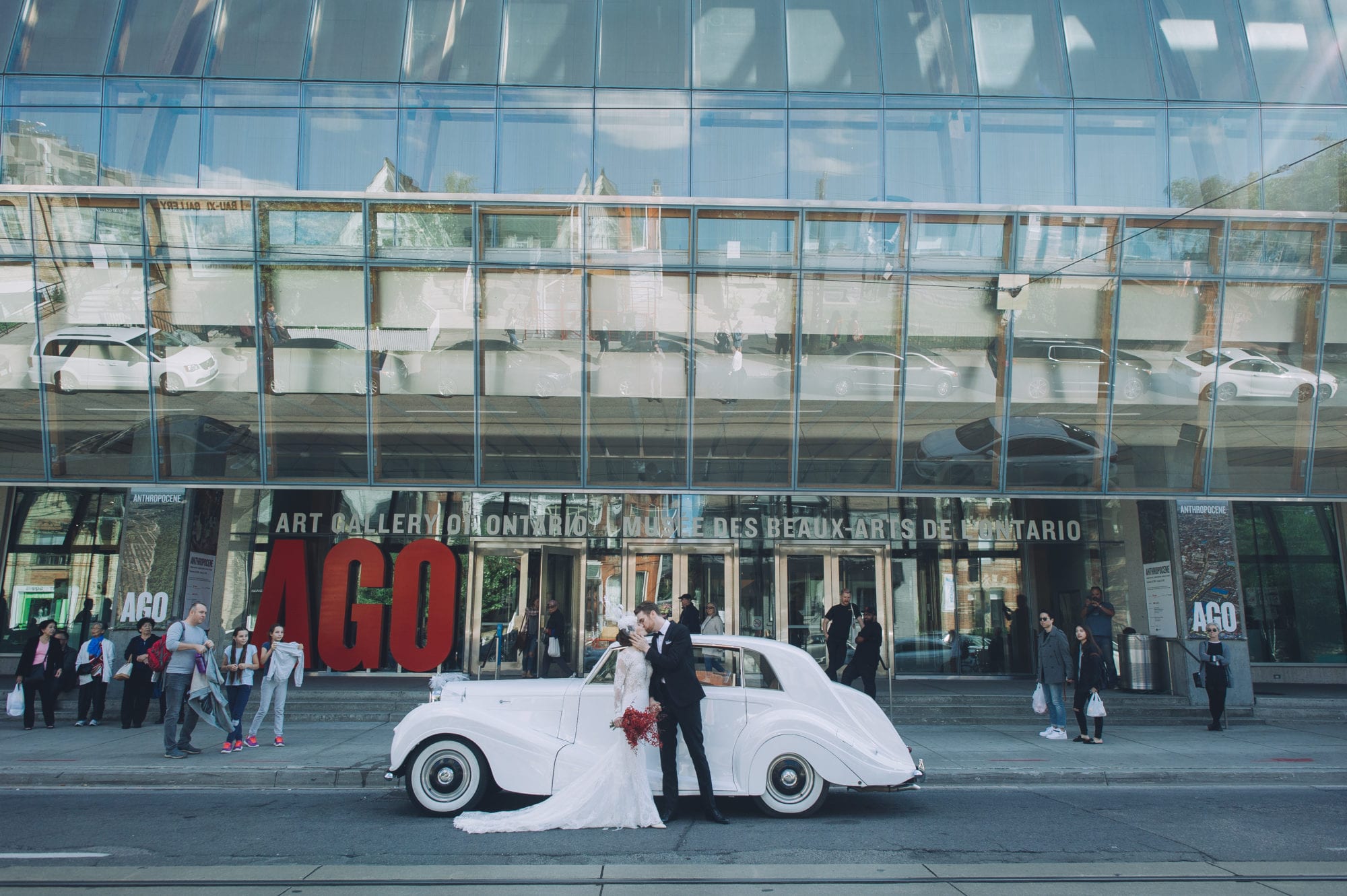 Once they arrived at the AGO, they had some more photos taken: 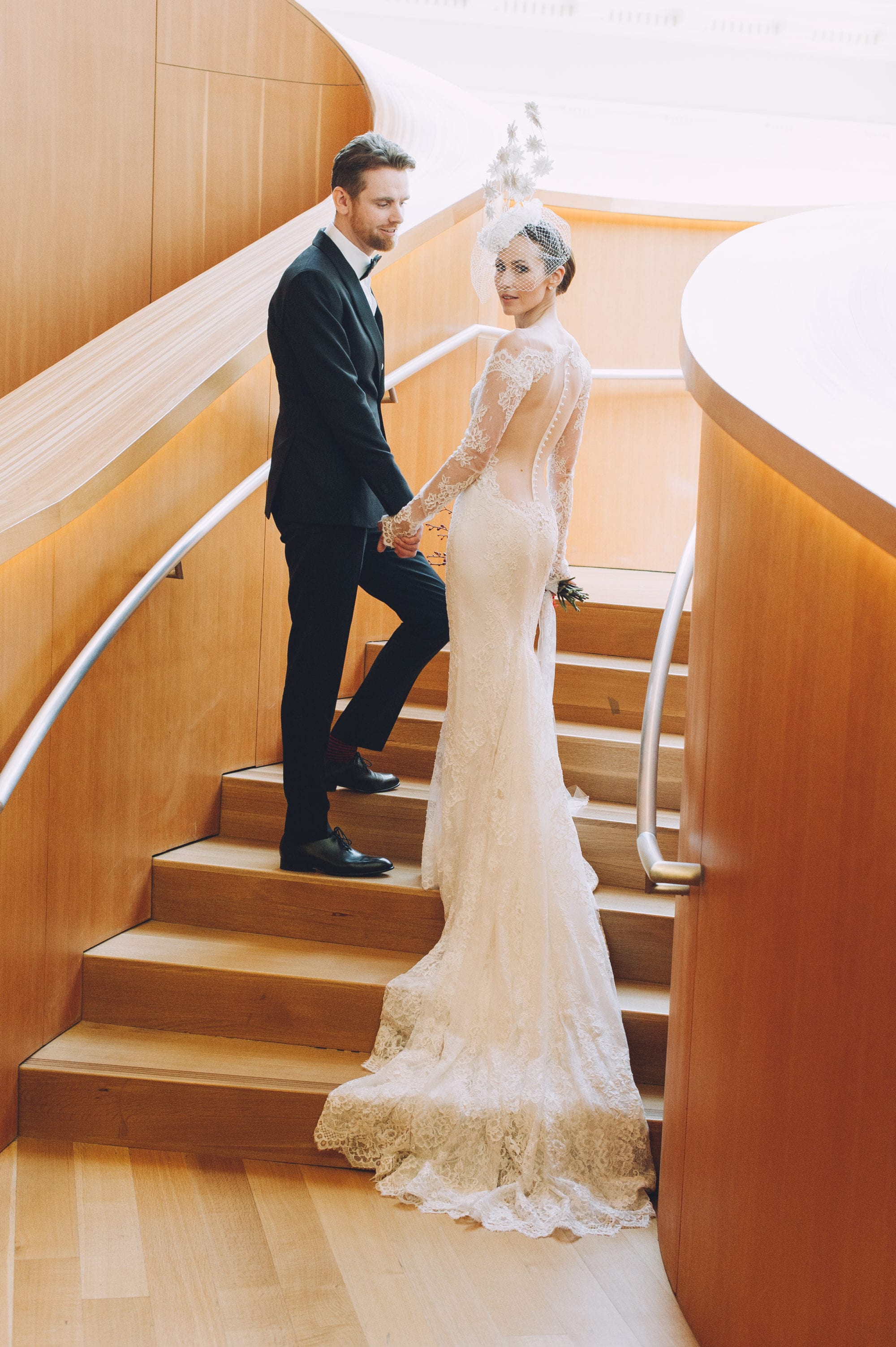 AGO staff gave them some background tips: 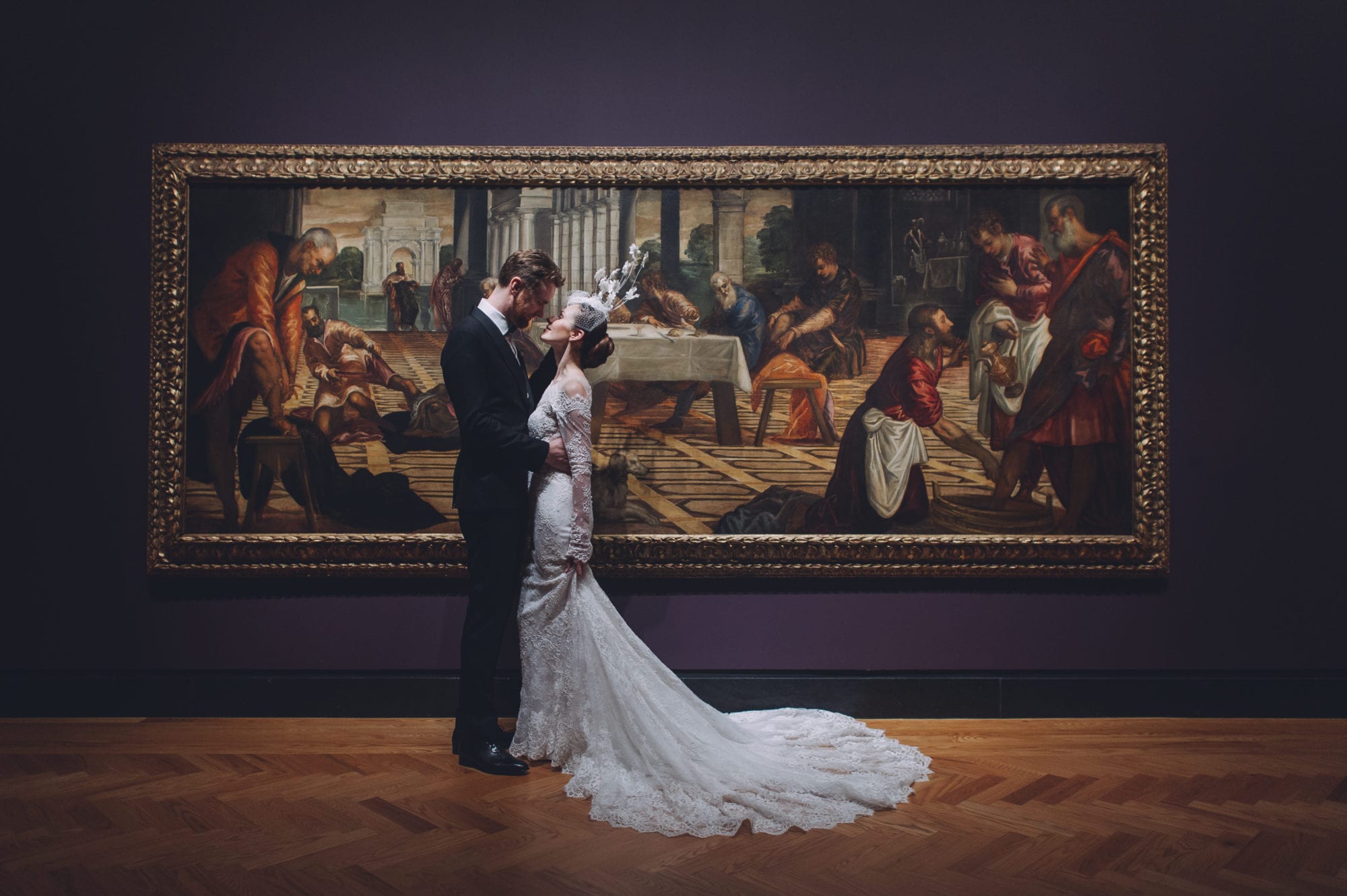 Their daughter, Zosia, had her own all-white wedding look. She walked down the isle with Anthony, and was waving to the crowd: 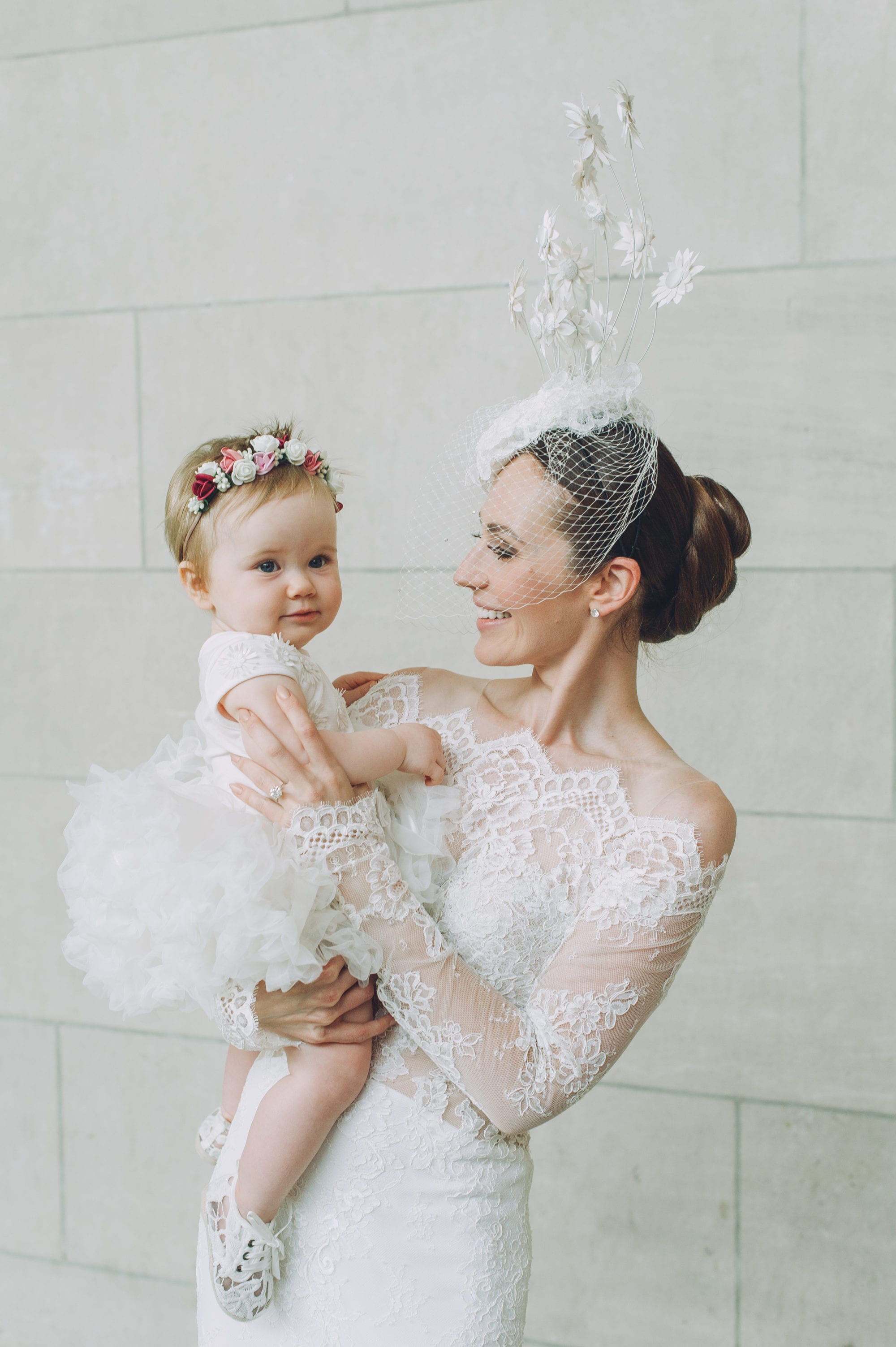 The ceremony took place in Walker Court. The couple had arranged chairs in a spiral, so they would feel surrounded by their friends and family: 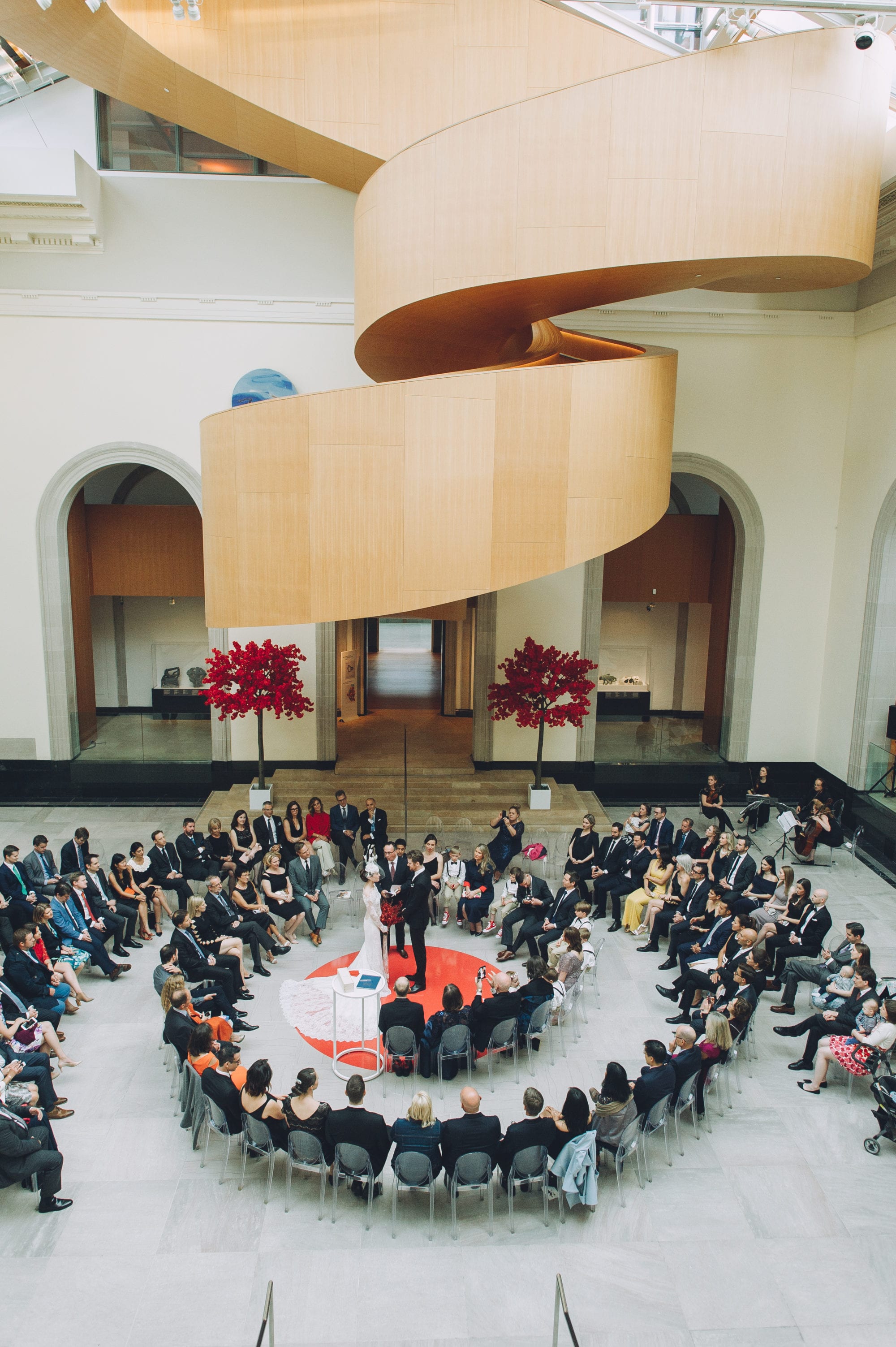 The ceremony included a reading from the children’s book, I Love You Through and Through: 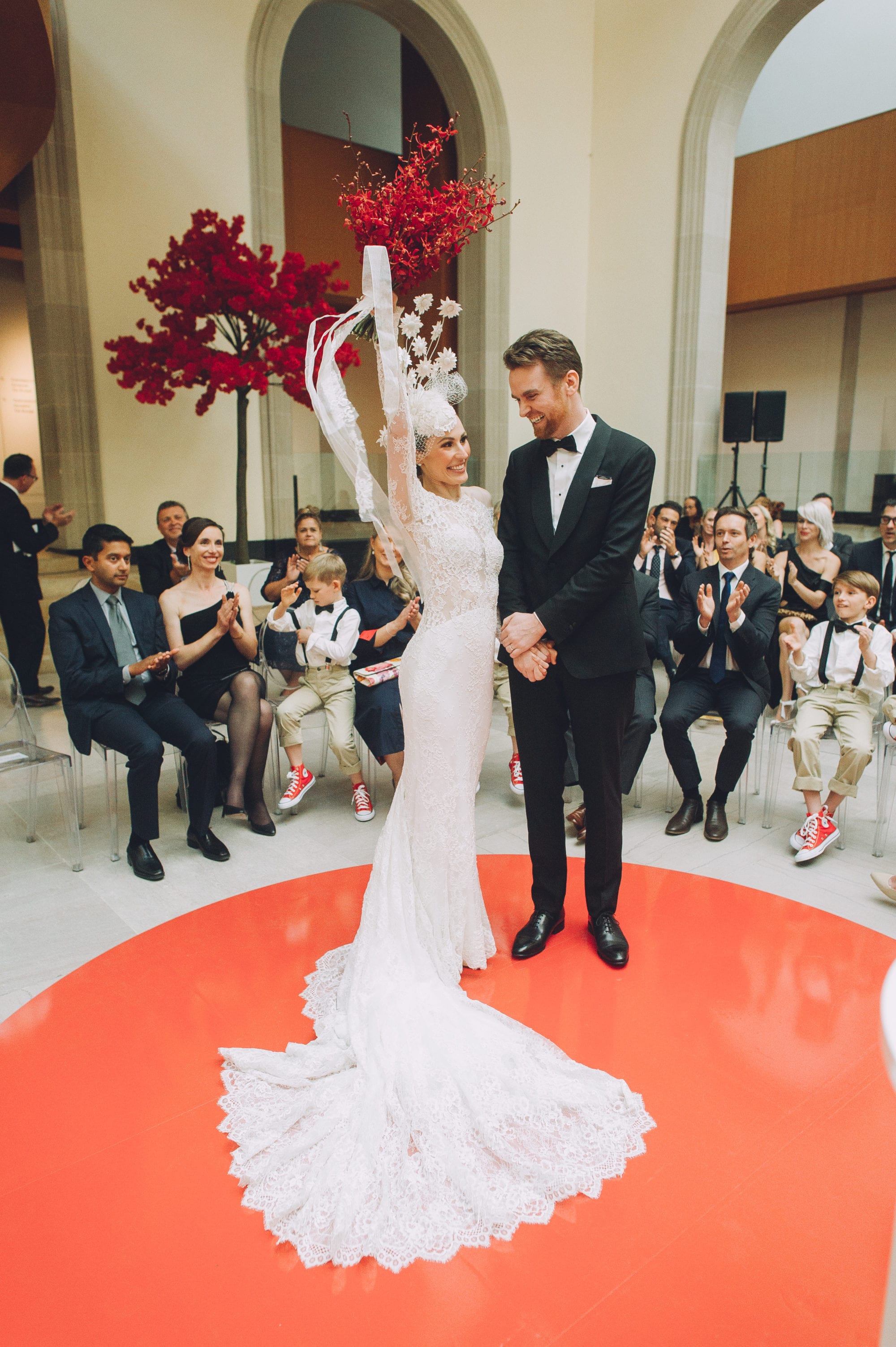 After the ceremony, guests moved into the Galleria for cocktails: 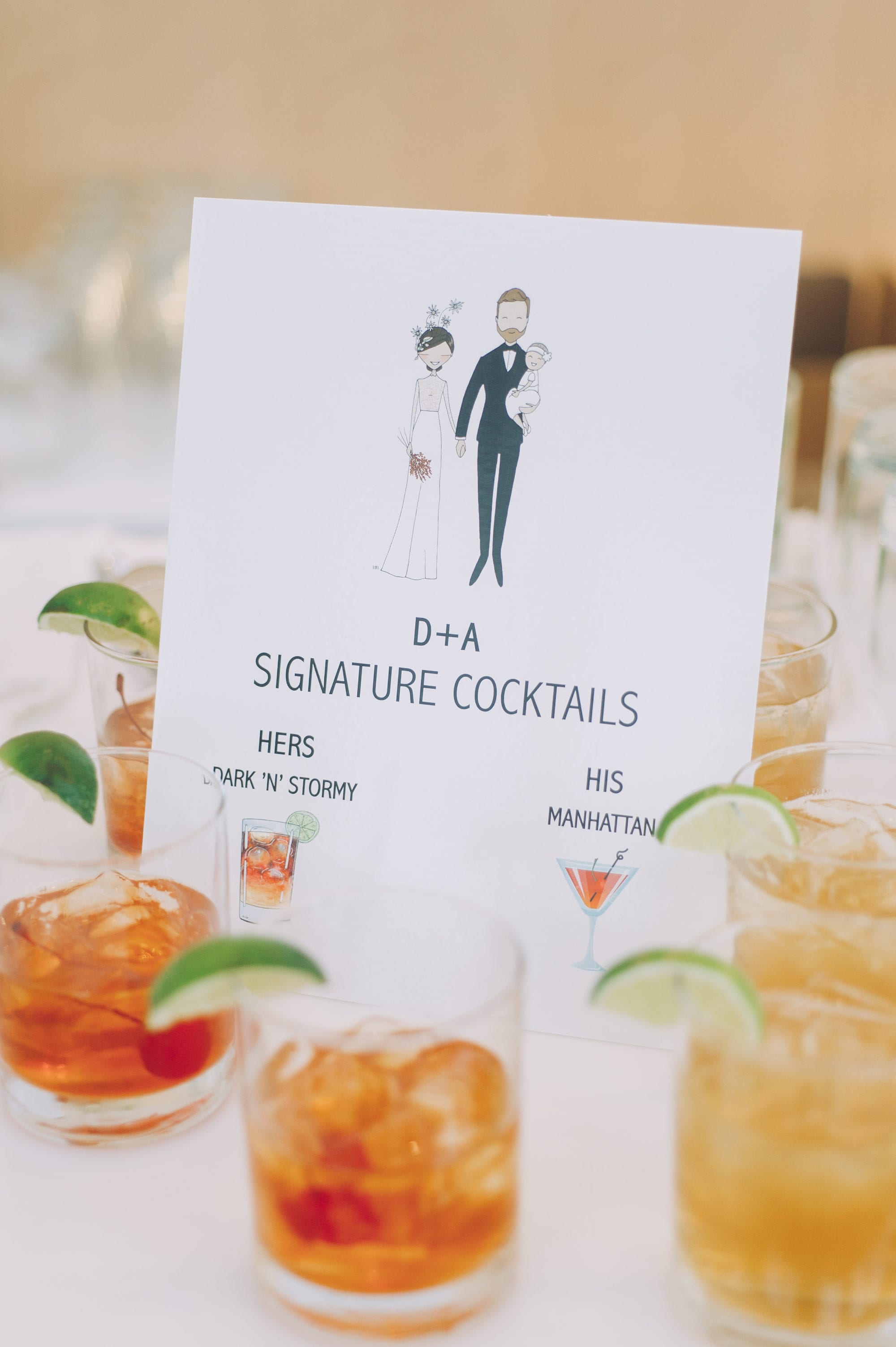 The dinner and reception were held in Baillie Court, which was decked out in a lot more red. There were red acrylic chairs, red plates, red cherry trees and spider orchid centrepieces that matched the bride’s bouquet: 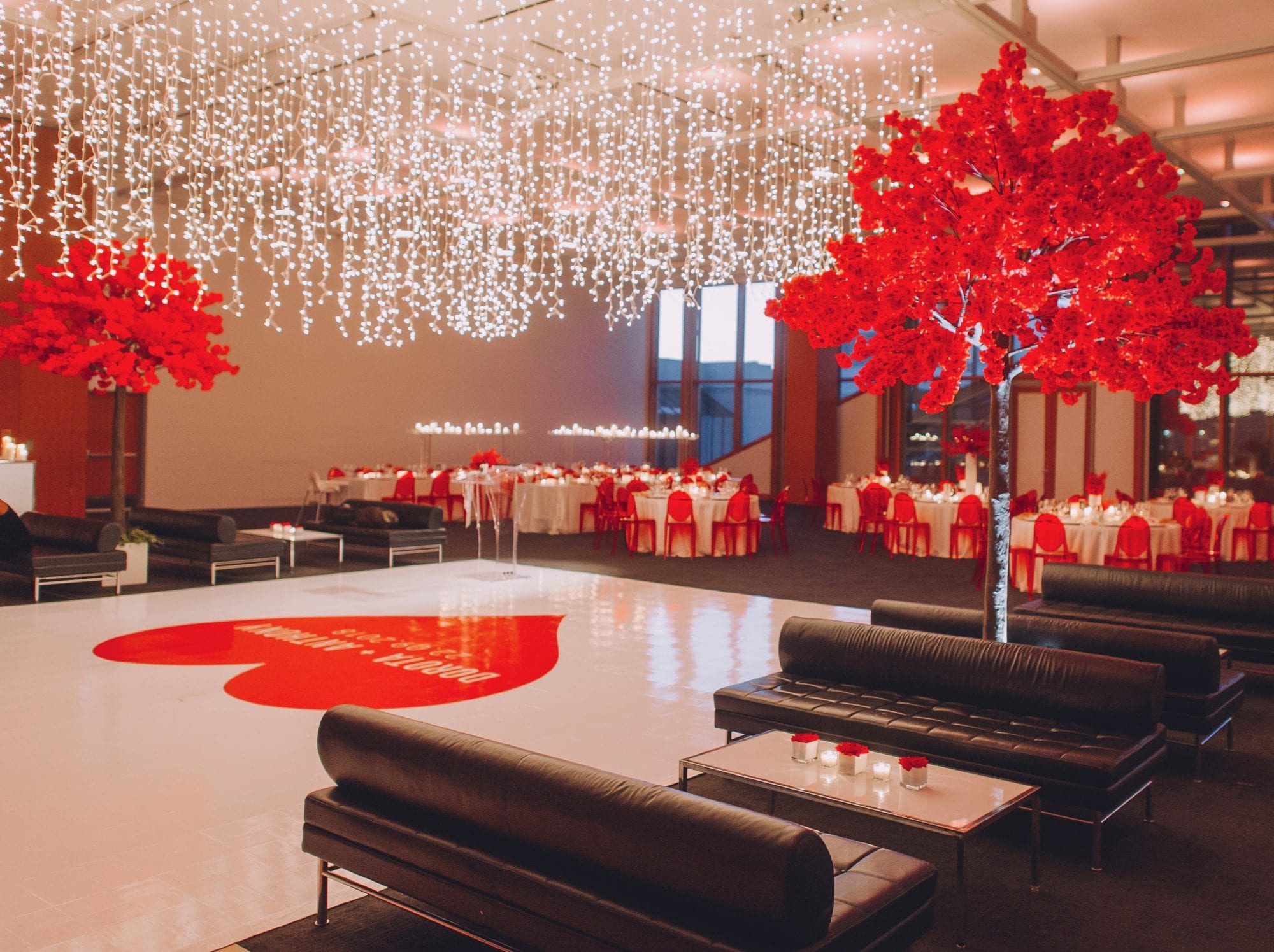 The couple served local wines from the Niagara region, where Dorota’s parents live, and dinner was a choice of miso black cod, steak or stuffed acorn squash: 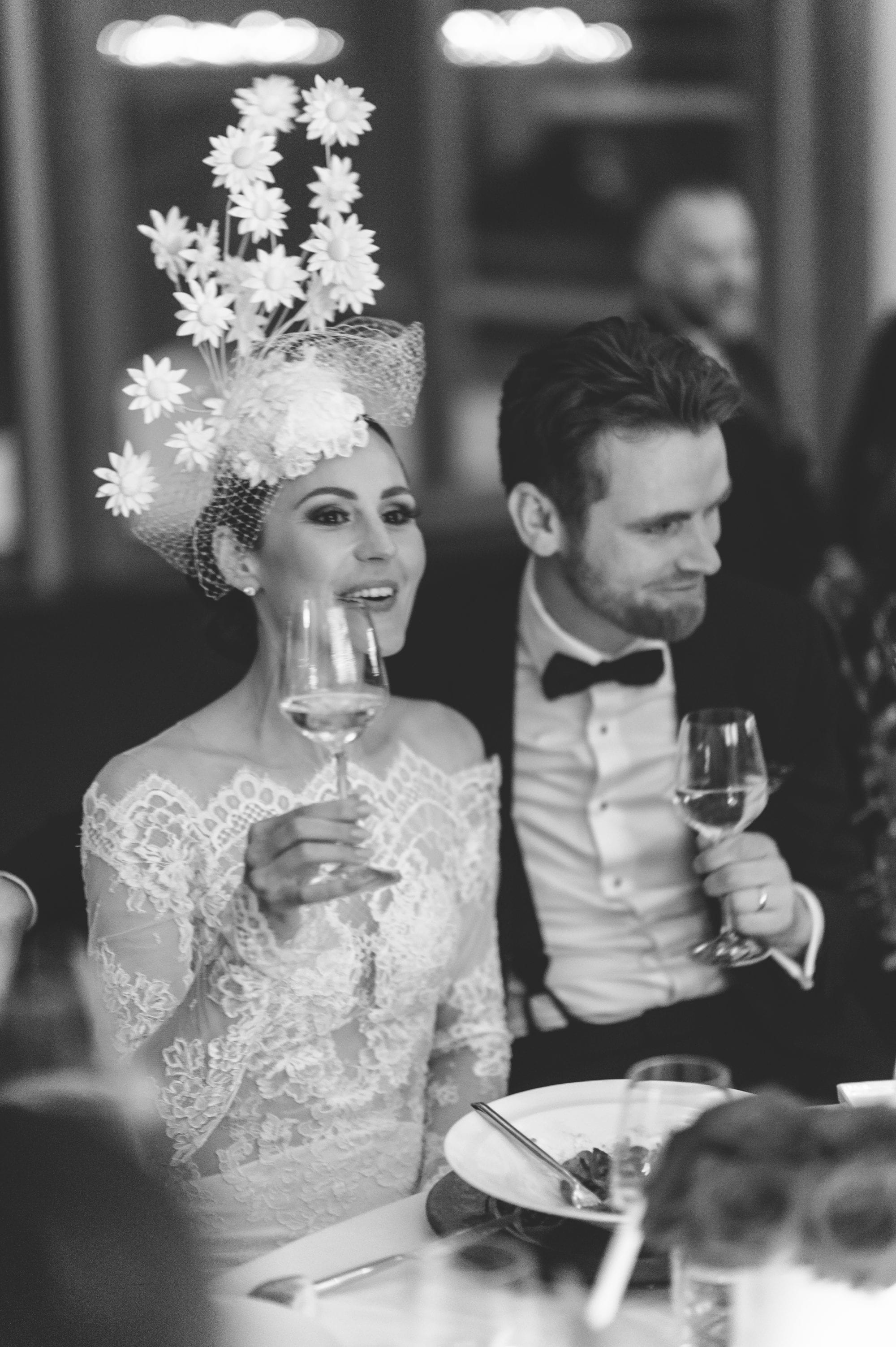 Their first dance was to Neil Young’s “Harvest Moon”. “It’s a special song to us—we dance to it in our house a lot,” says Dorota: 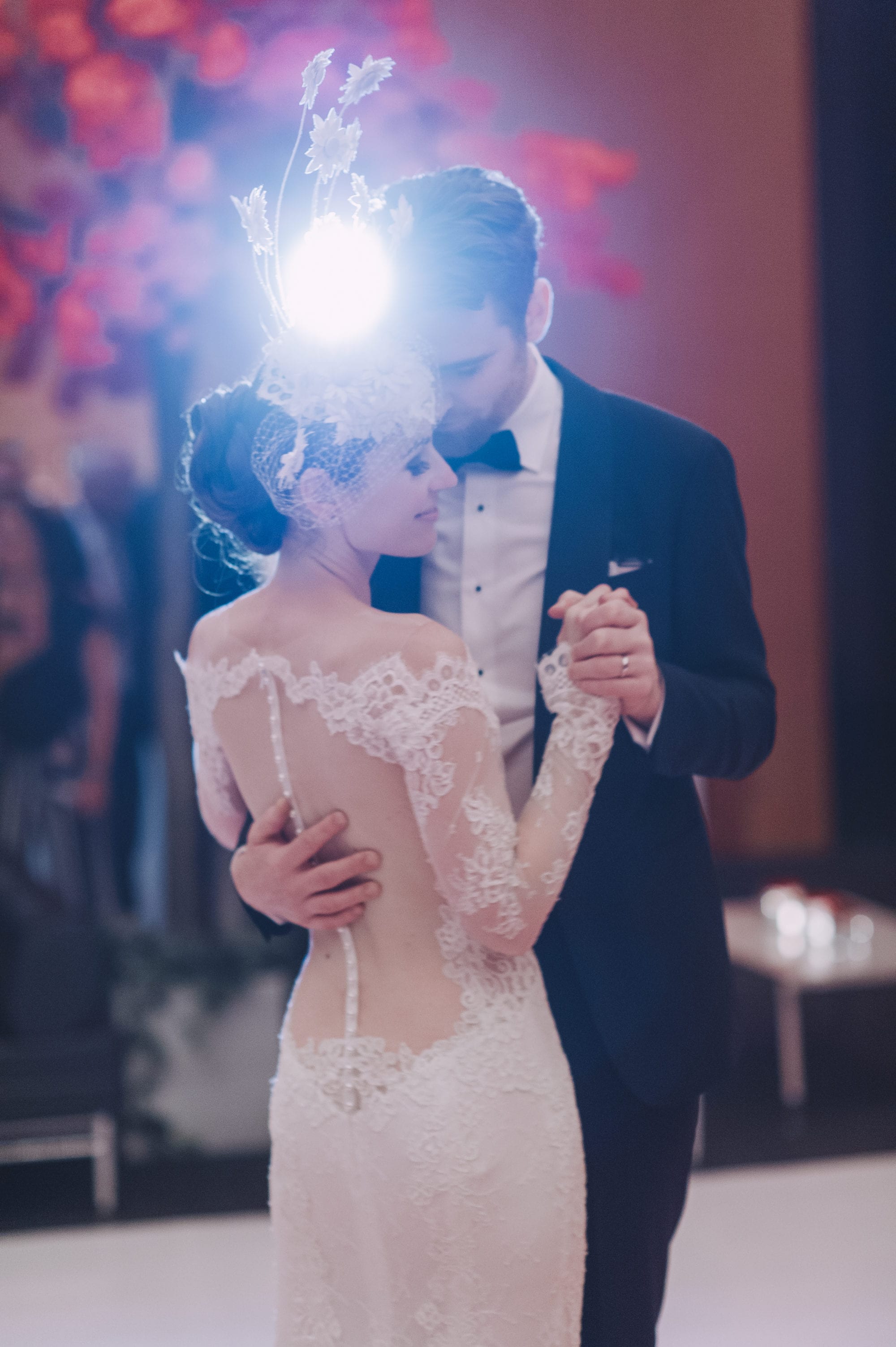 The band entertained the crowd for the rest of the evening with a mix of pop, rock and Motown classics: 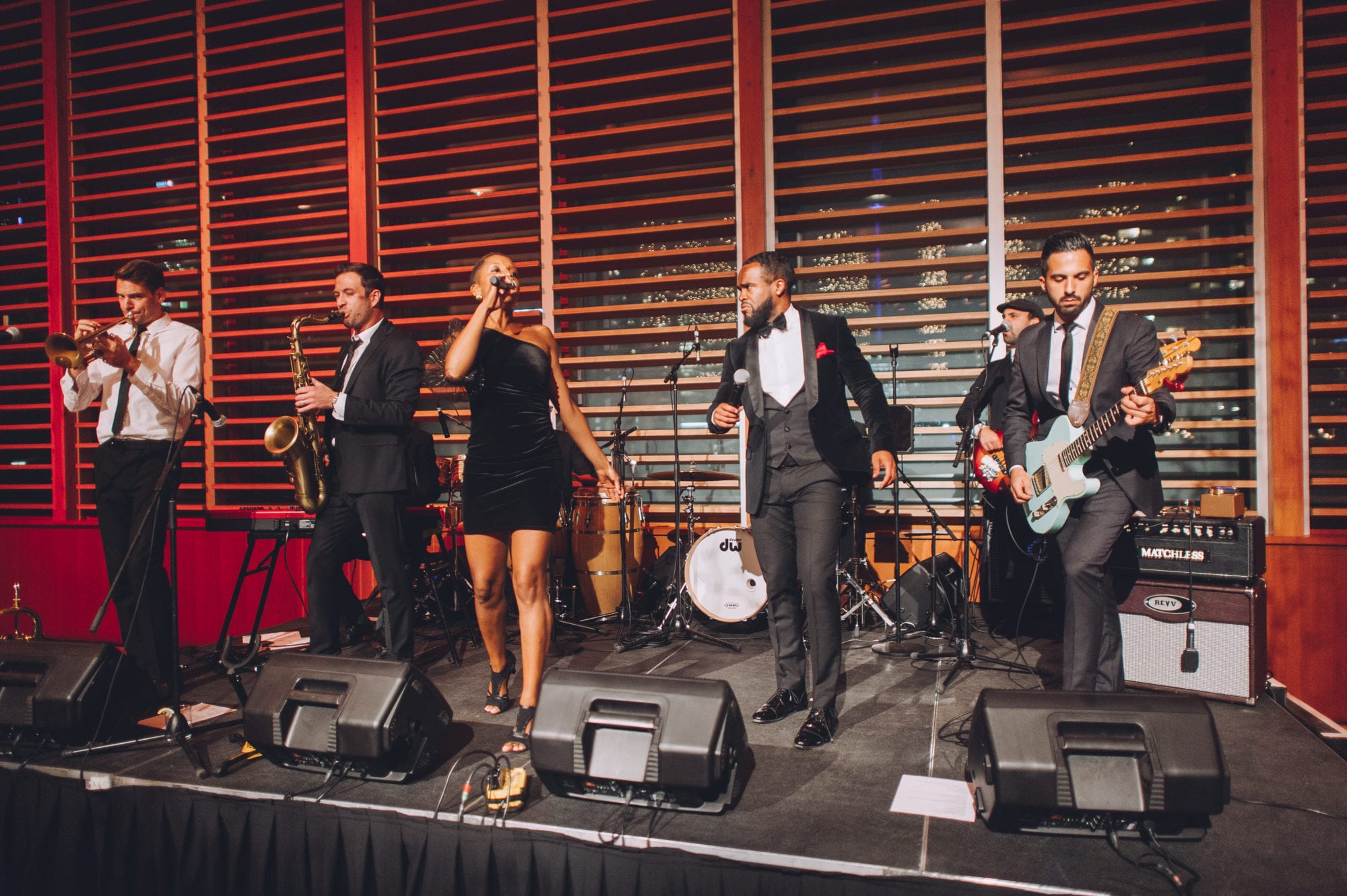 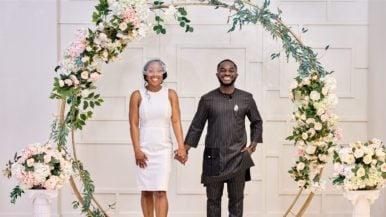 Real Weddings: Inside a surprise engagement and intimate celebration at a Vaughan photo studio 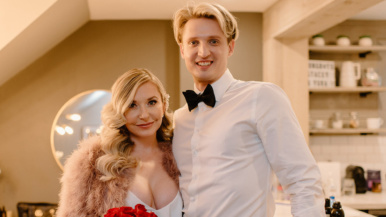 Real Weddings: Inside a low-key micro-ceremony at a Yorkville clothing boutique 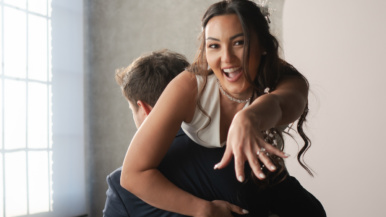 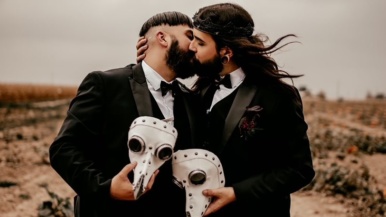 Real Weddings: Inside a gothic ceremony at a pumpkin farm 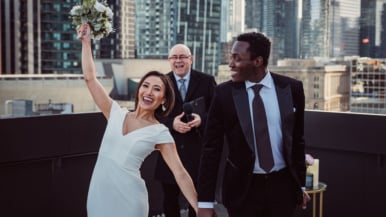