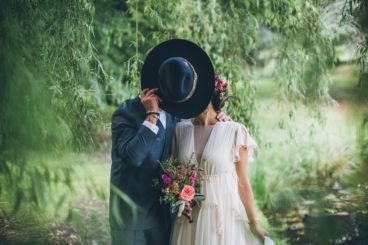 Riwa Harfoush met Alexandre Terrien during a summer solstice street festival in Paris five years ago. It was the night before her sister’s wedding, and she had romance on her mind. “It was like magic,” says Riwa. “And I was quite drunk on rosé.” They strolled around the city until the wee hours of the morning, but didn’t expect to see each other again. Then, by chance, they discovered they were both moving to London in the fall for work (Alex is a French entrepreneur and investor and Riwa is a Toronto-raised partner at a tech-focused venture capitalist fund). They kept in touch over the next few months, visited each other’s home cities and, later that year, made things official.

The two had always joked about who would pop the question first. Riwa beat Alex to it, proposing during a Sunday morning ukulele jam. A few months later, while on vacation in Morocco, Alex proposed again. They had their first wedding—an impromptu ceremony with 100 friends—at Burning Man that August, then spent a year and a half planning a splashier affair that would include their families.

They wanted the celebration to capture the free-spirited Burning Man vibe, so they kept the itinerary as laid-back as possible. “We organized the big bits, but let friends do what they wanted,” says Riwa. Alex’s grandparents, who live 40 minutes outside Paris, hosted the festivities, and friends contributed to the weekend with thoughtful gifts ranging from a “space love capsule” to a surprise choir performance. 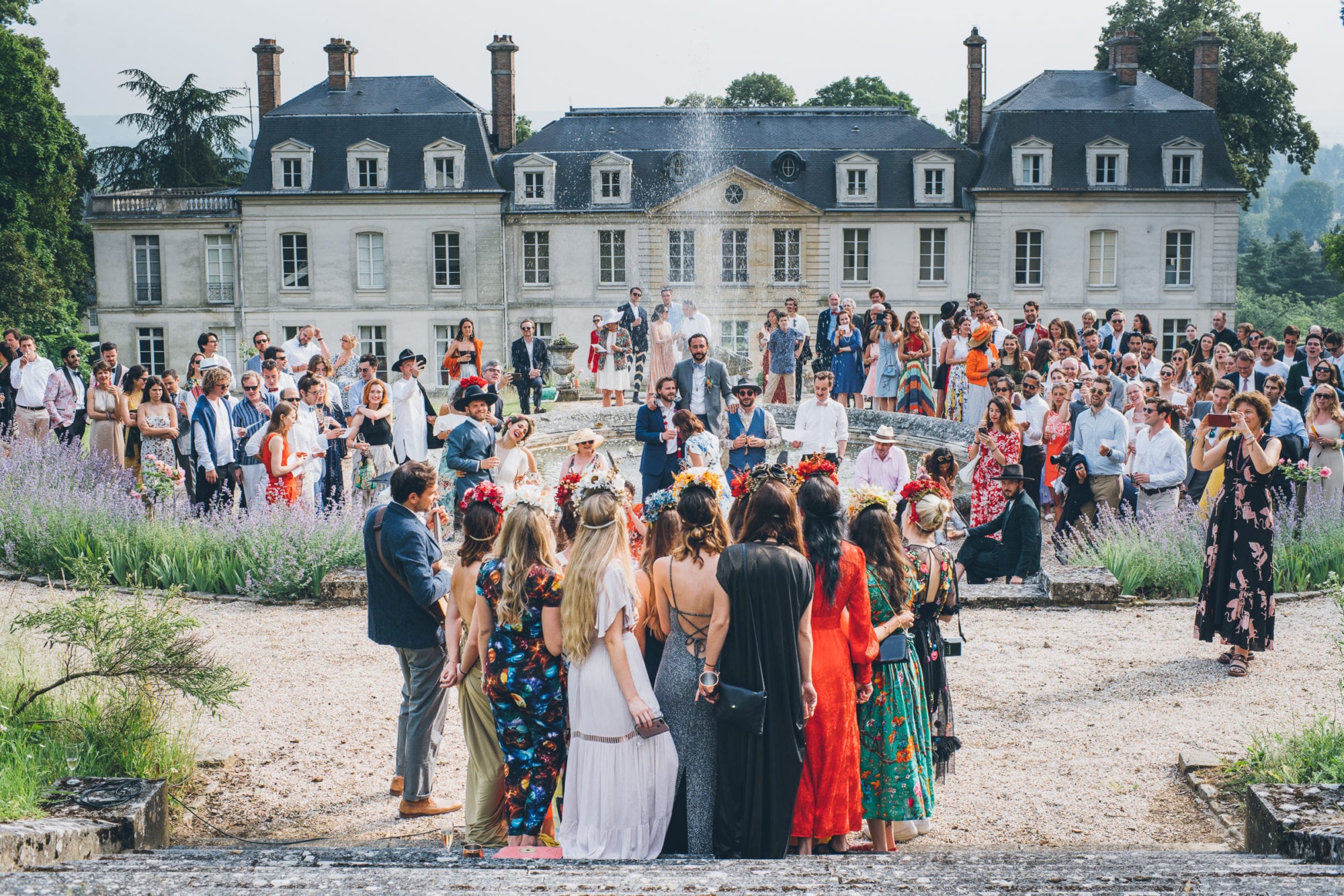 The day before the party, the couple met everyone outside the Panthéon before making things official at city hall.  They had a talkative officiant. “The short version was at least 40 minutes,” says Riwa: 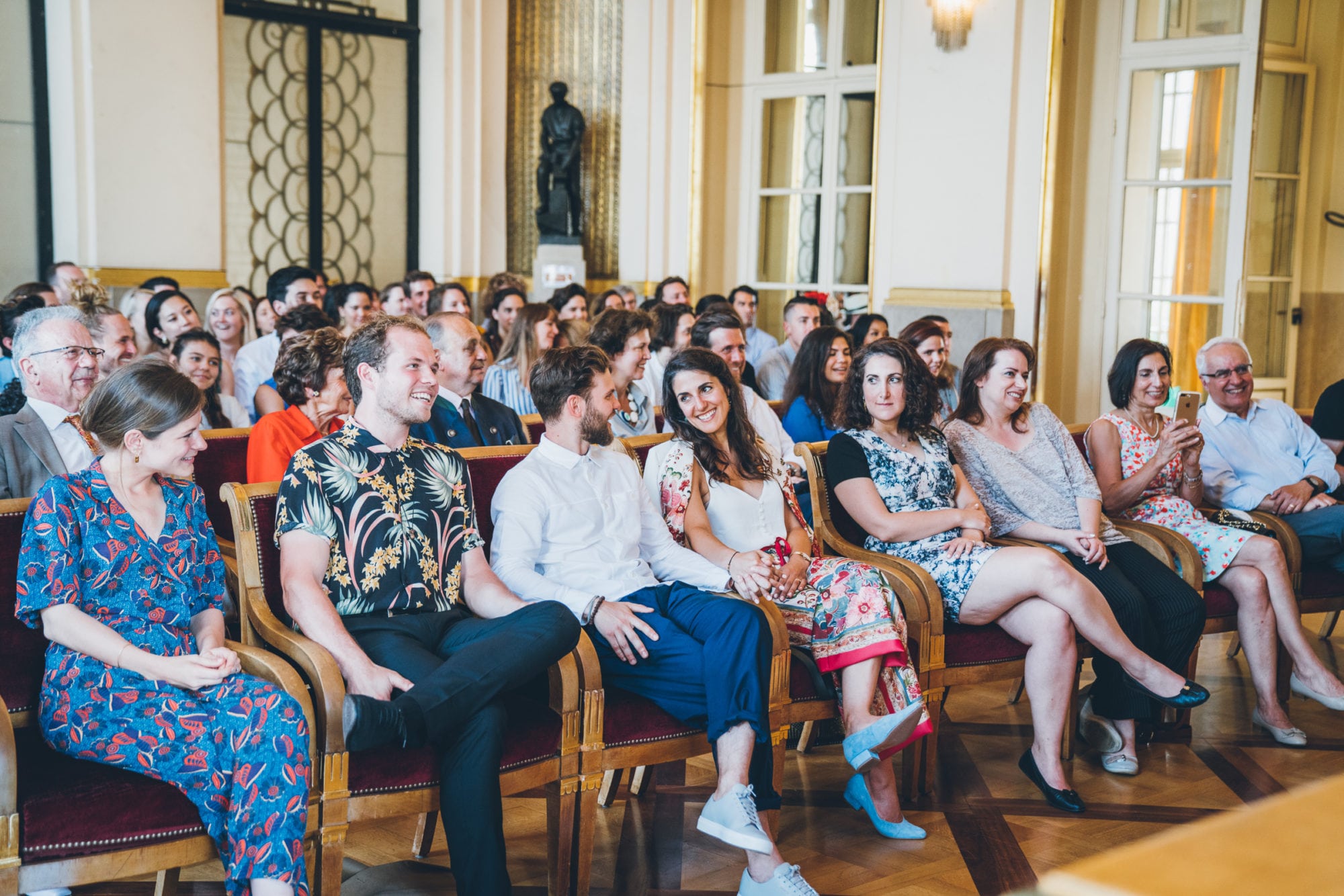 After the ceremony, they strolled along the Seine to a bar on a docked boat before heading back to Alex’s grandparents for Syrian food and a dance party: 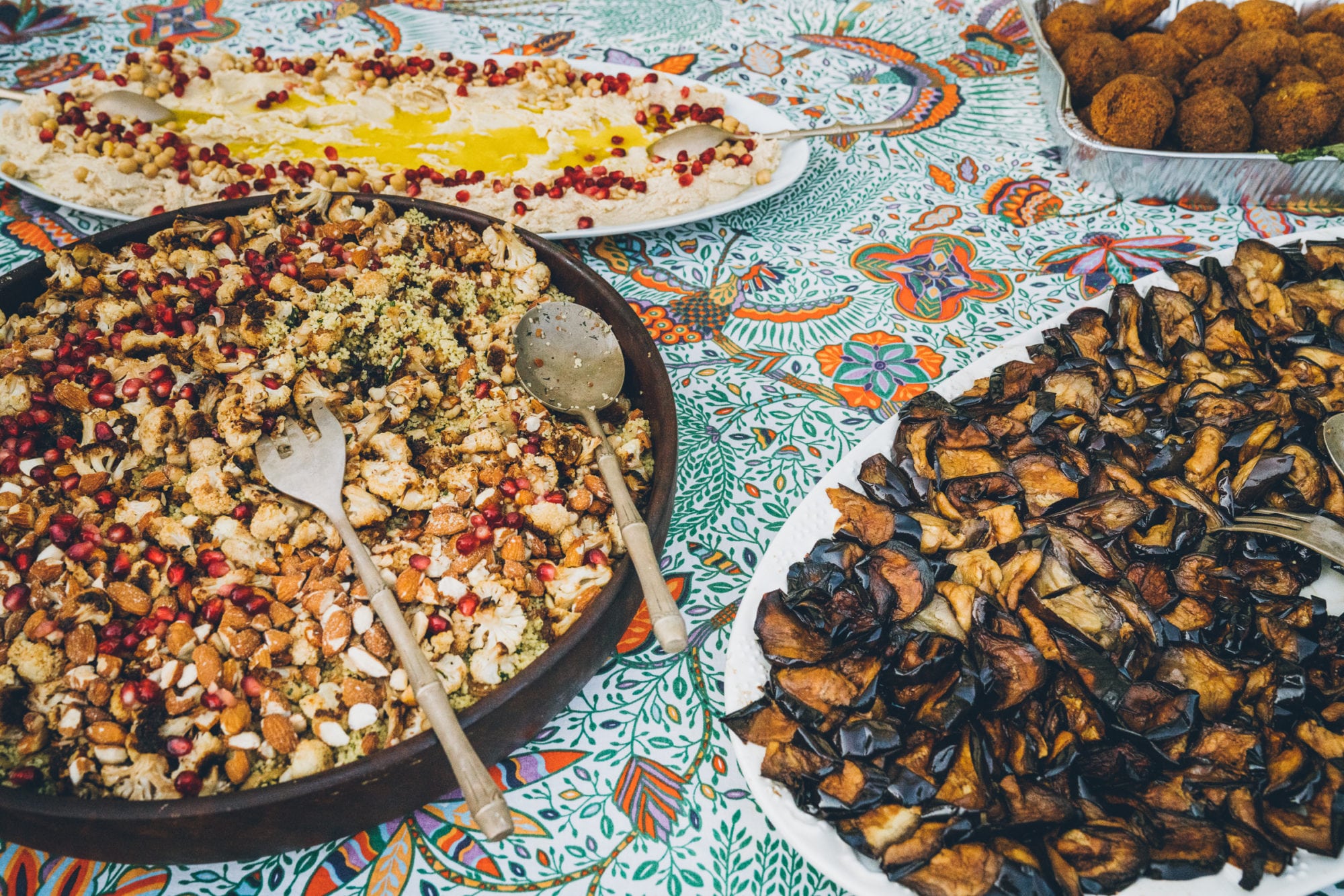 The next morning, one of their friends led a yoga class on the lawn: 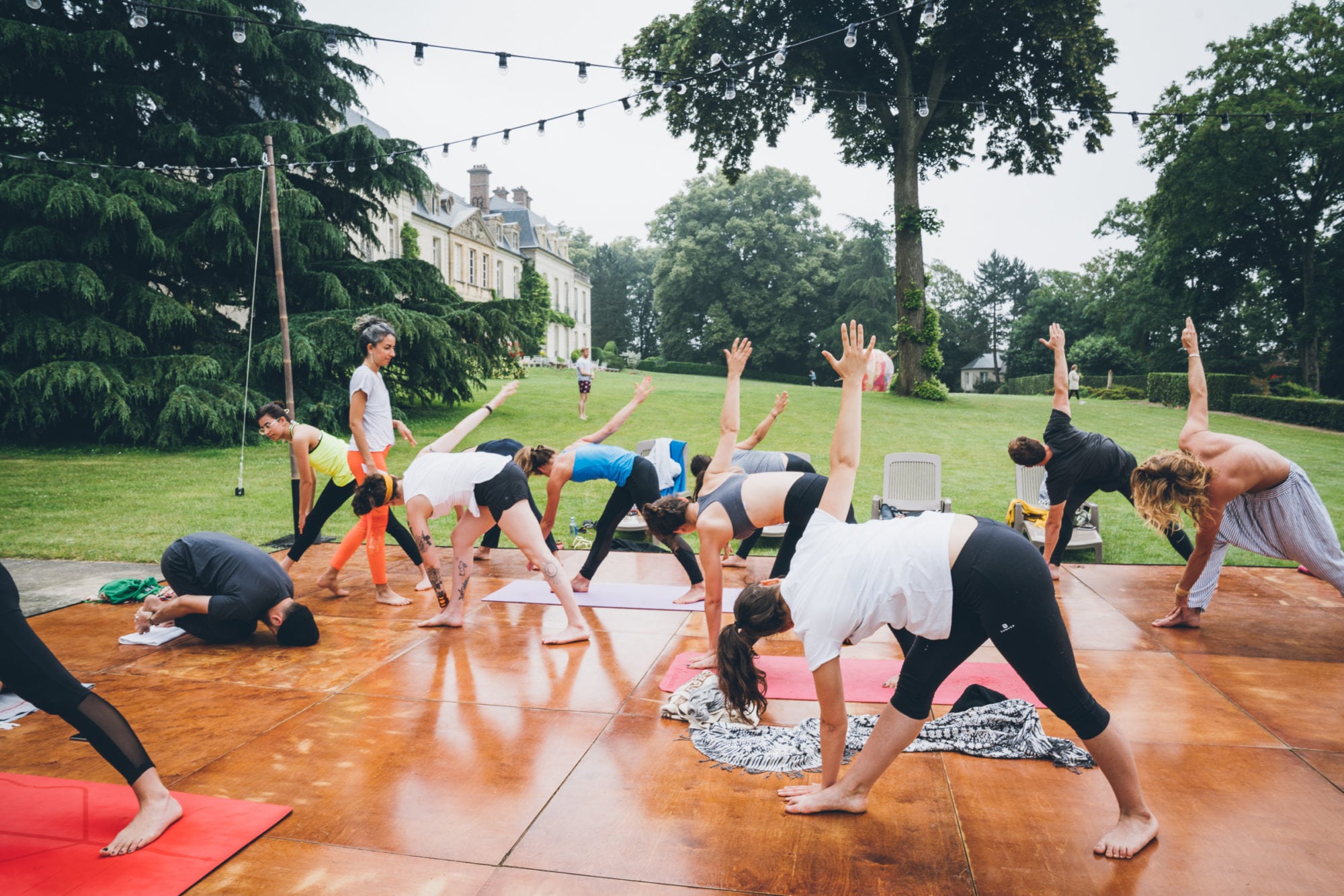 One friend built a “space love capsule”: a tent filled with Polaroid cameras, paper and stickers. Guests were encouraged to enter and write notes to the couple, which she plans to give them on their 10th wedding anniversary: 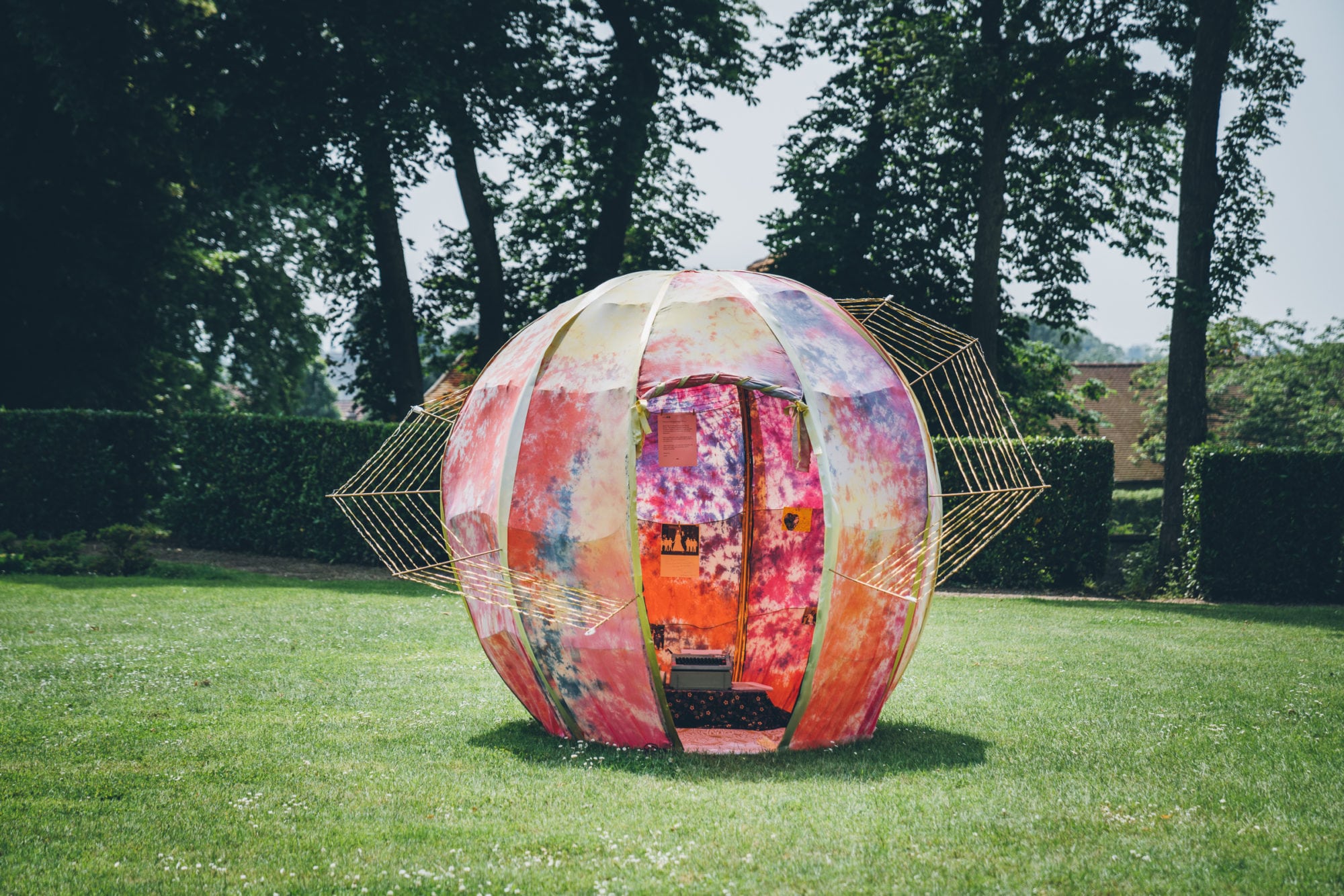 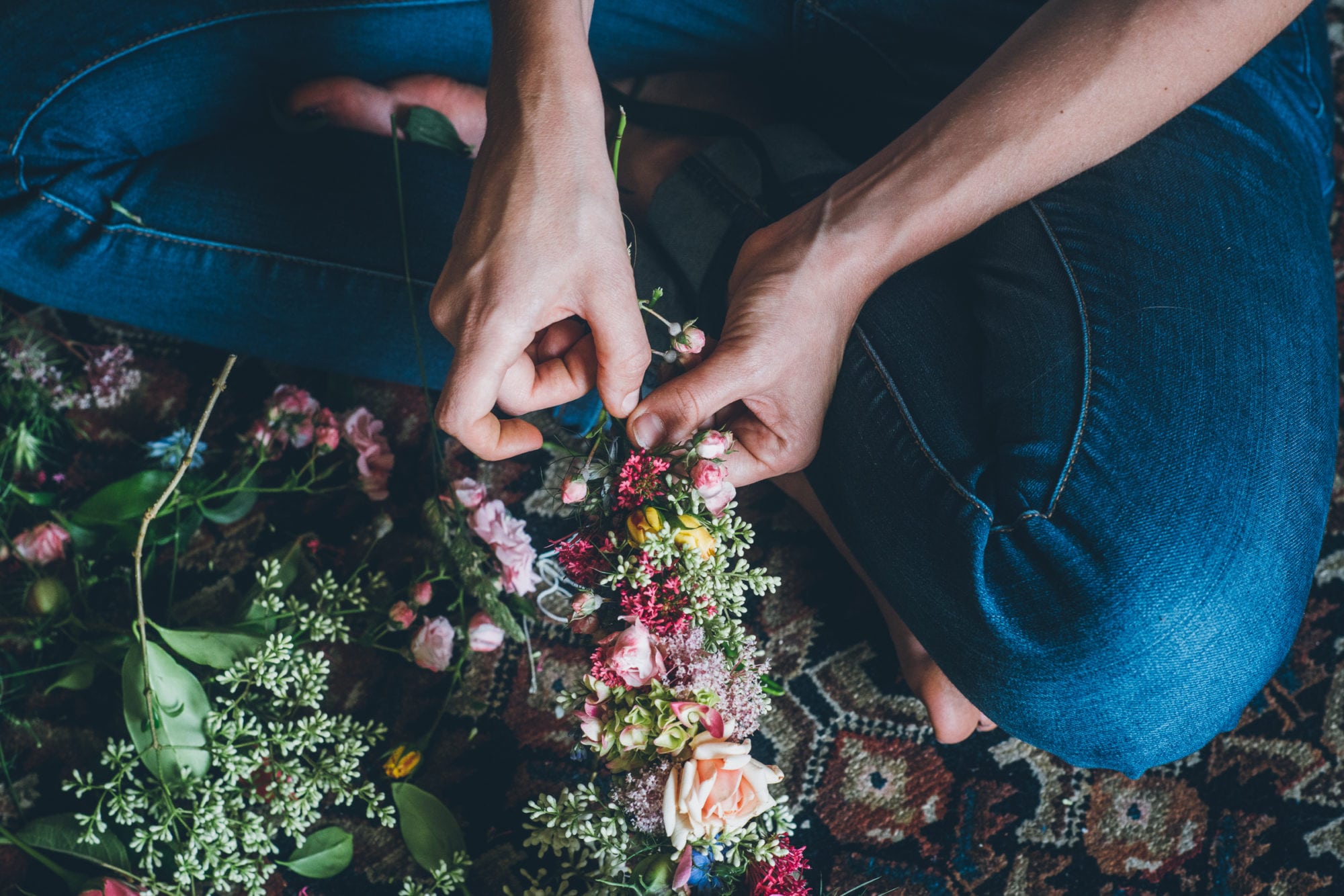 Riwa’s dress was—you guessed it—a gift from a friend who works for the Parisian label Chloé. “It’s actually a dream. I had to get it altered a little bit but it ended up being perfect,” she says: 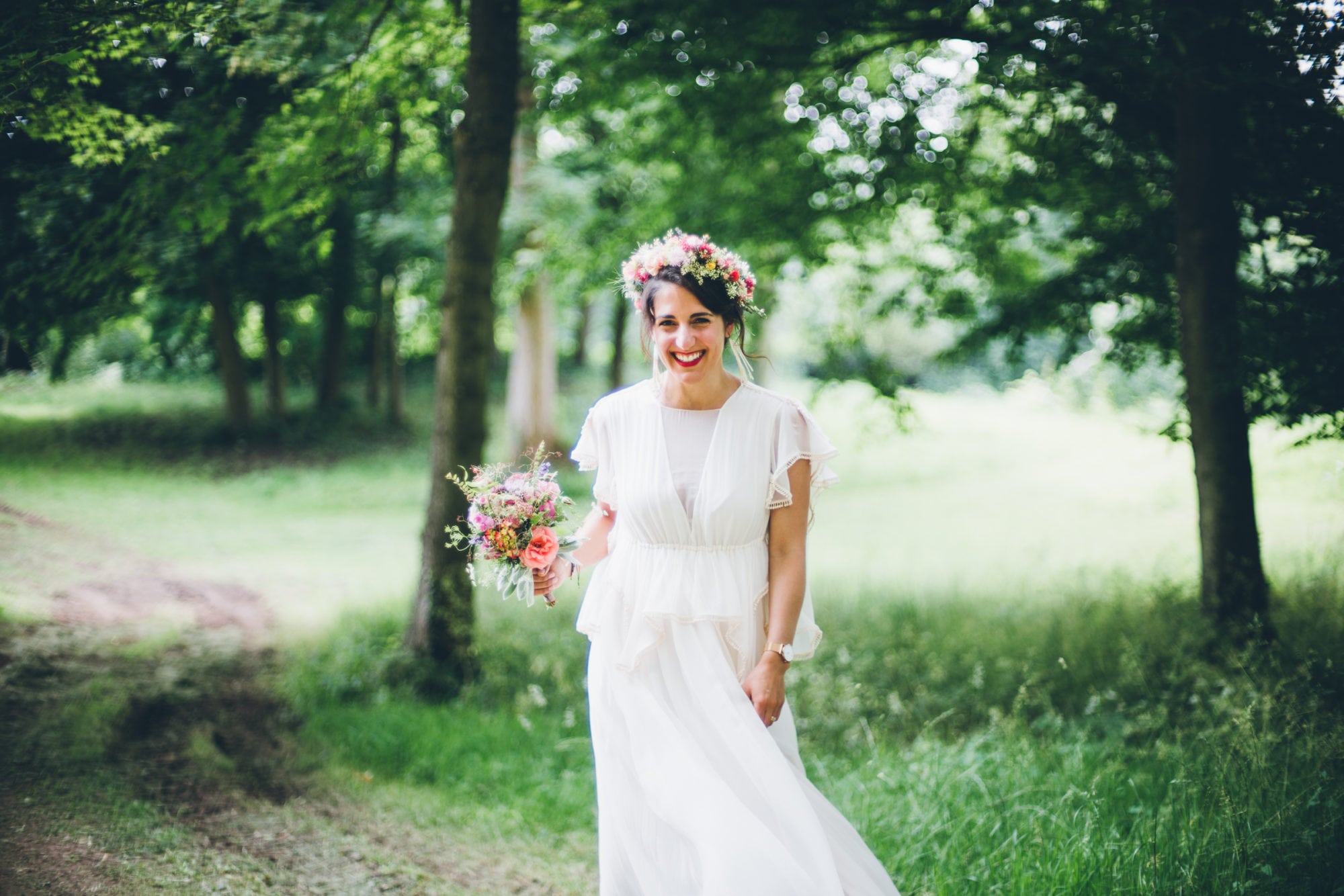 Alex found a custom label in Paris to make his suit from scratch: 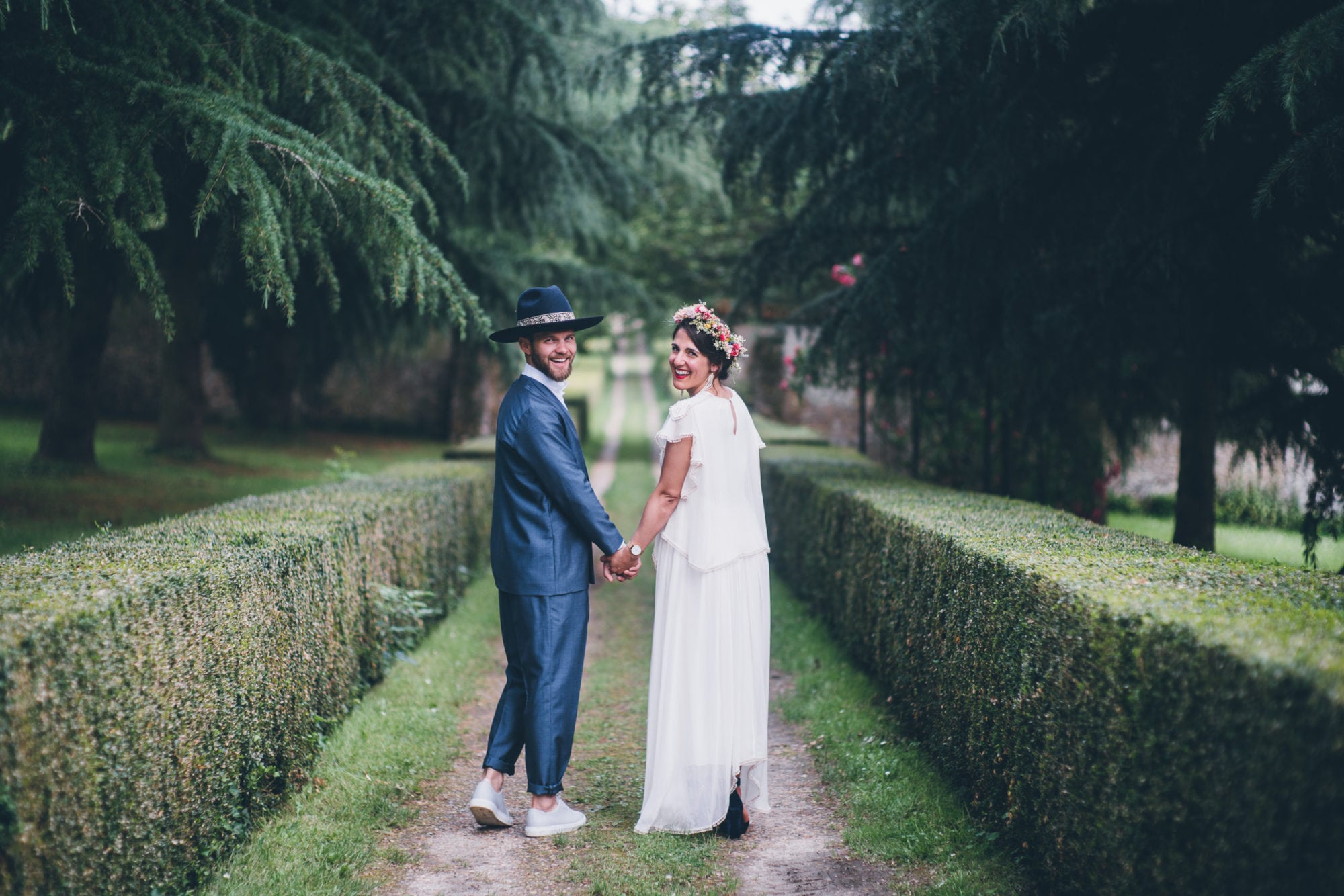 Guests marched to a forest near the edge of the property for the ceremony: 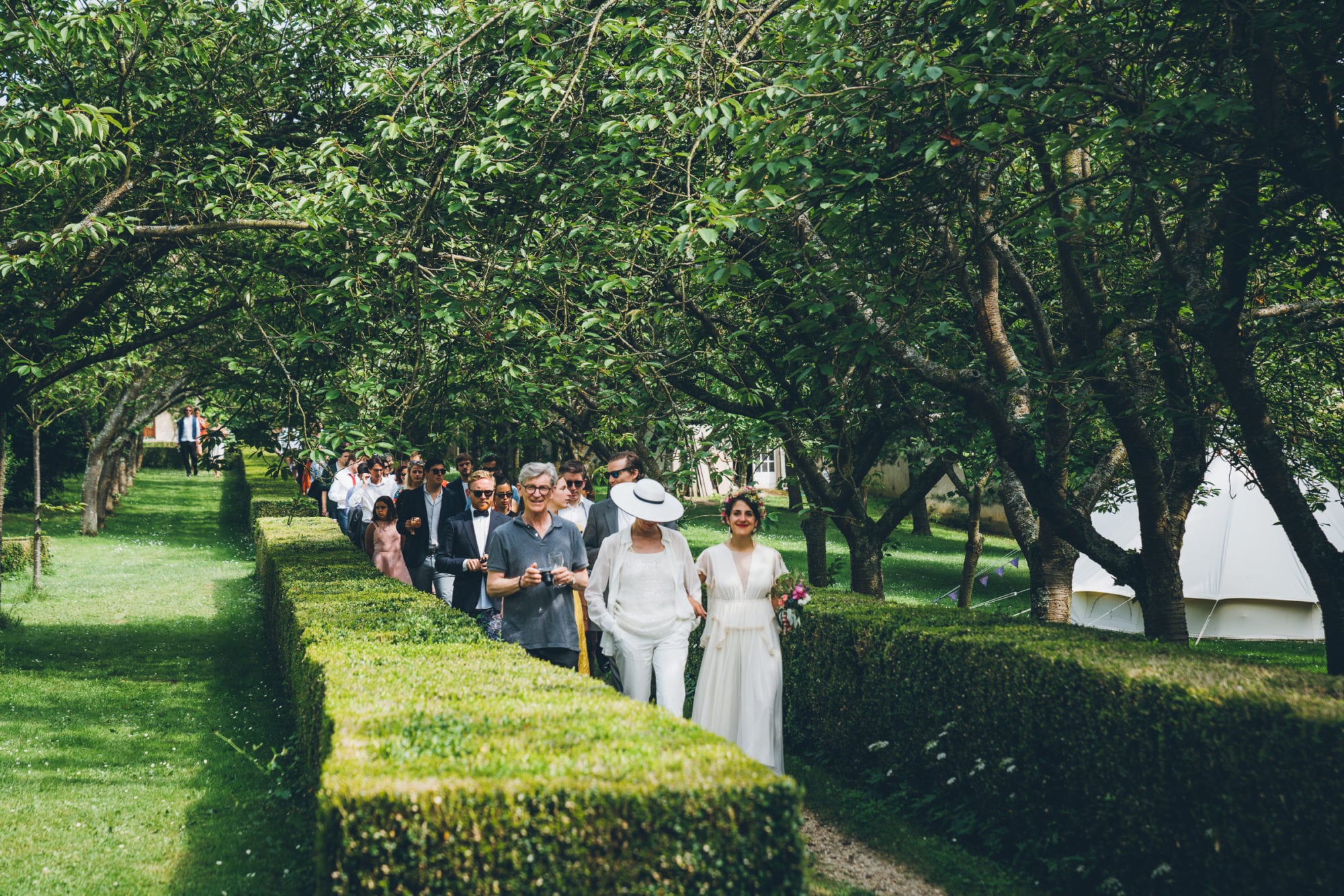 Their friend Steve Tam officiated the ceremony (he also did the Burning Man version): 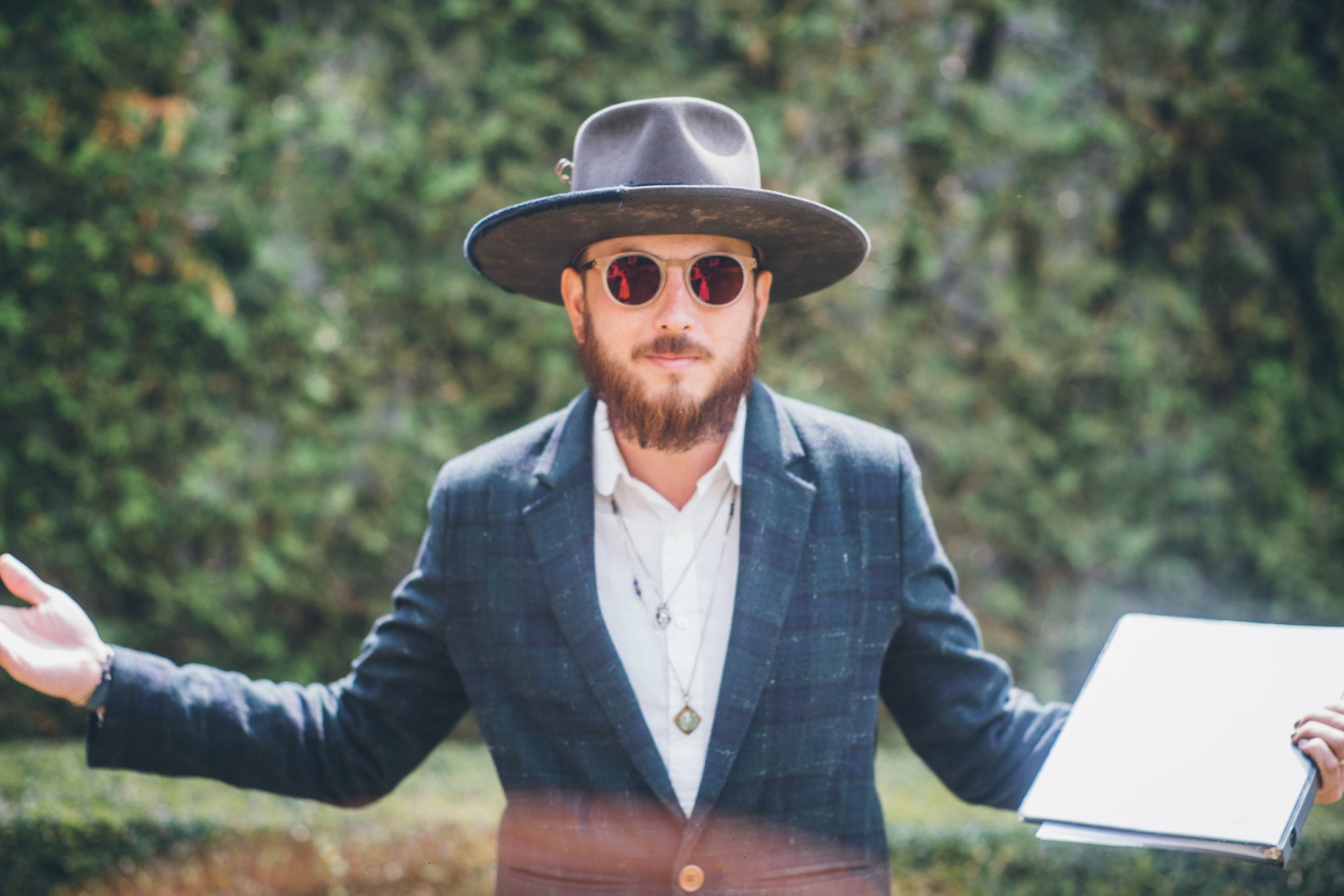 Another friend organized an impromptu choir to sing Cat Power’s “Sea of Love” as the couple walked down the aisle : 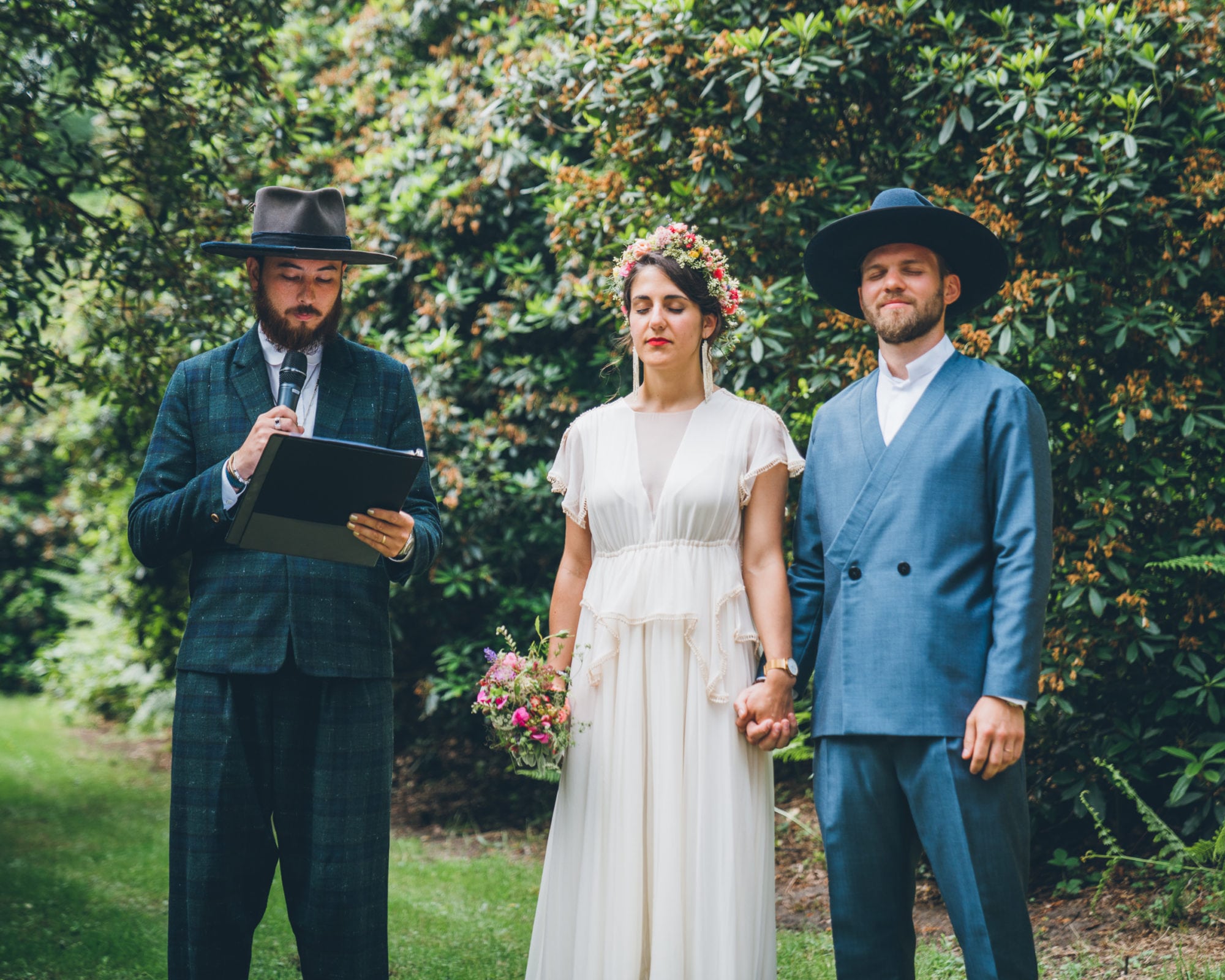 The couple told guests to dress as the best version of themselves. “We have a lot of friends who like expressing themselves in fun clothing,” says Riwa: 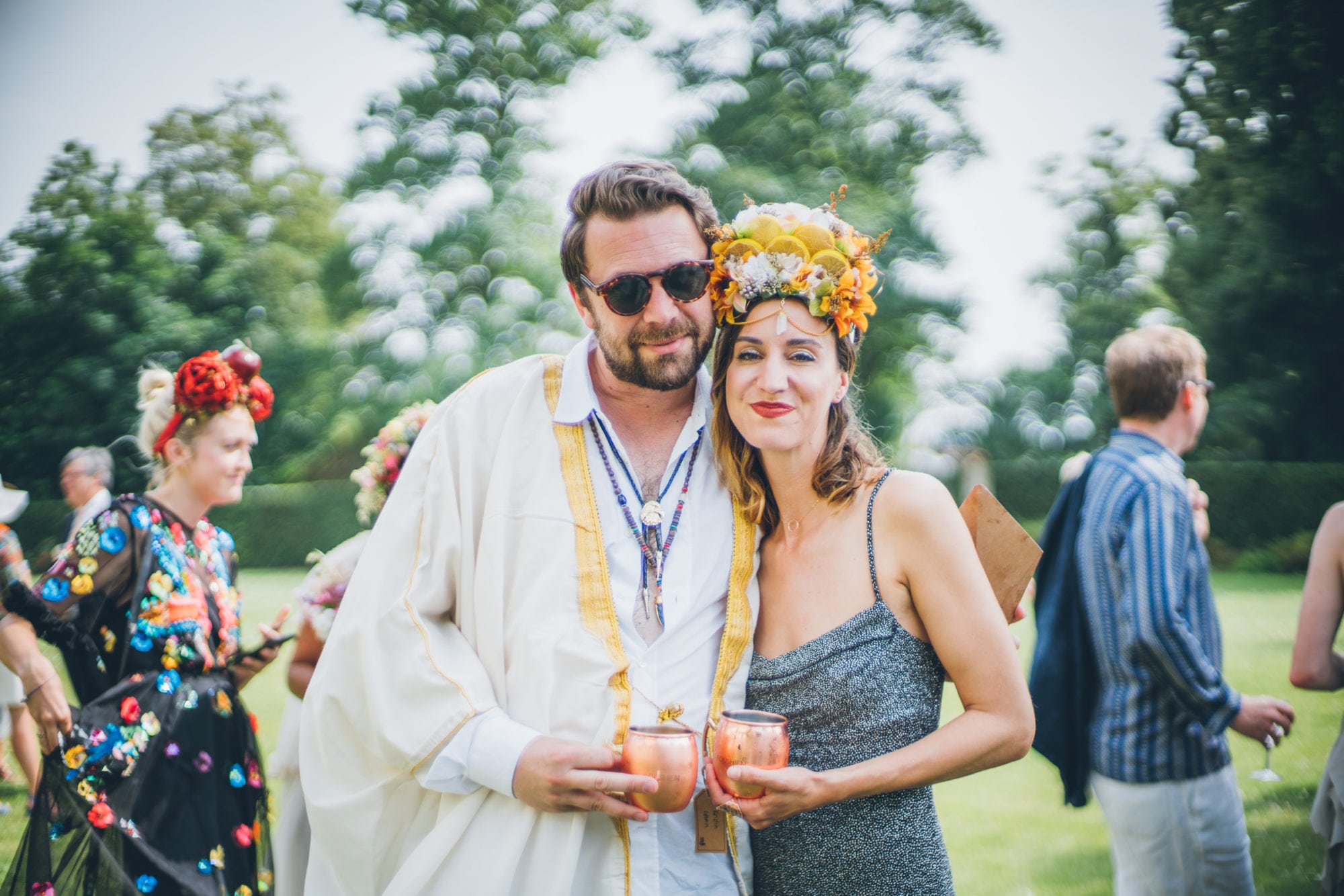 A group of Riwa’s friends call themselves the “Queens of the Fruit Tree,” and each one wore a crown made of fruit. “It started as a Halloween costume, but eventually evolved into this special friendship group,” she says: 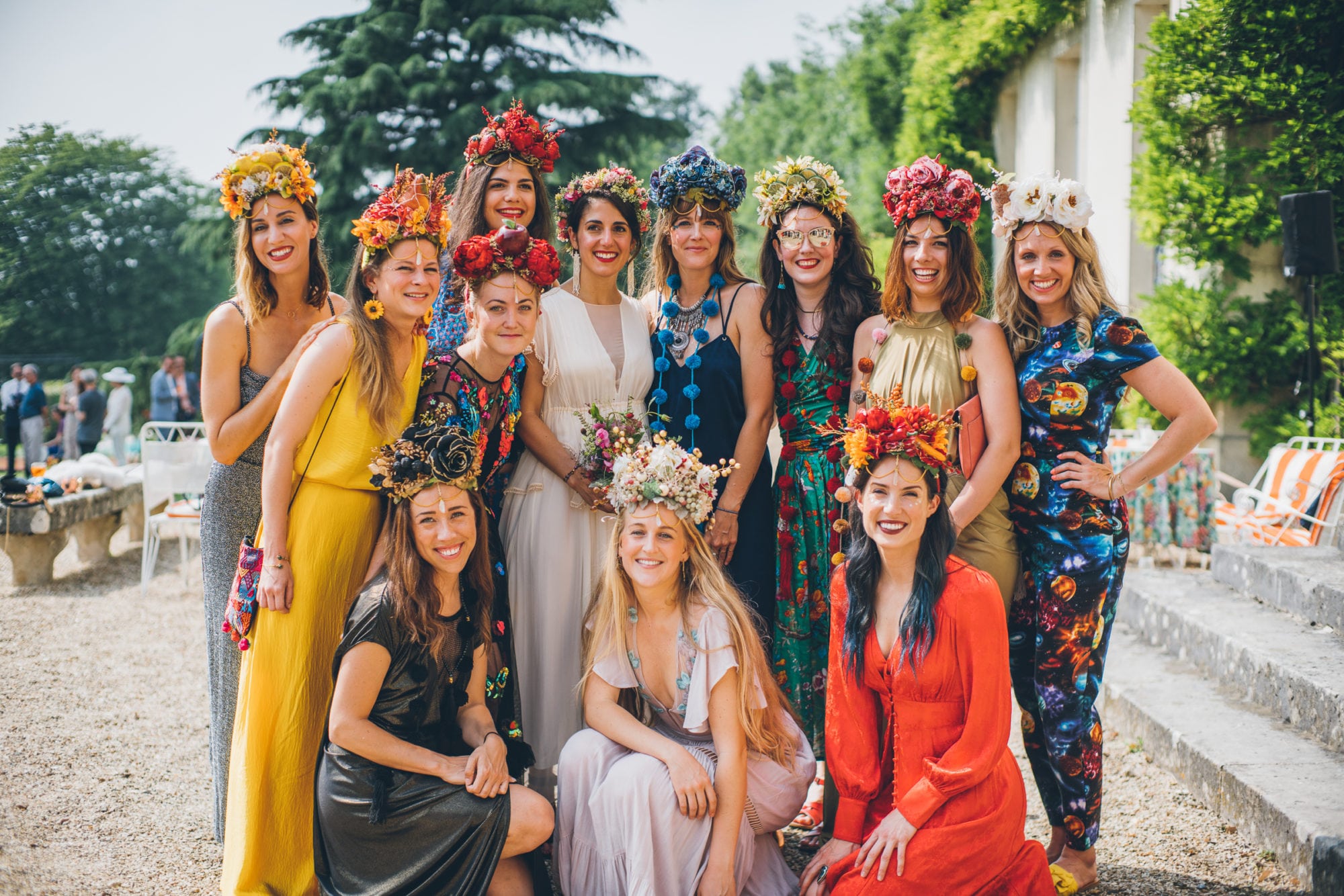 After the ceremony, the couple made a toast: 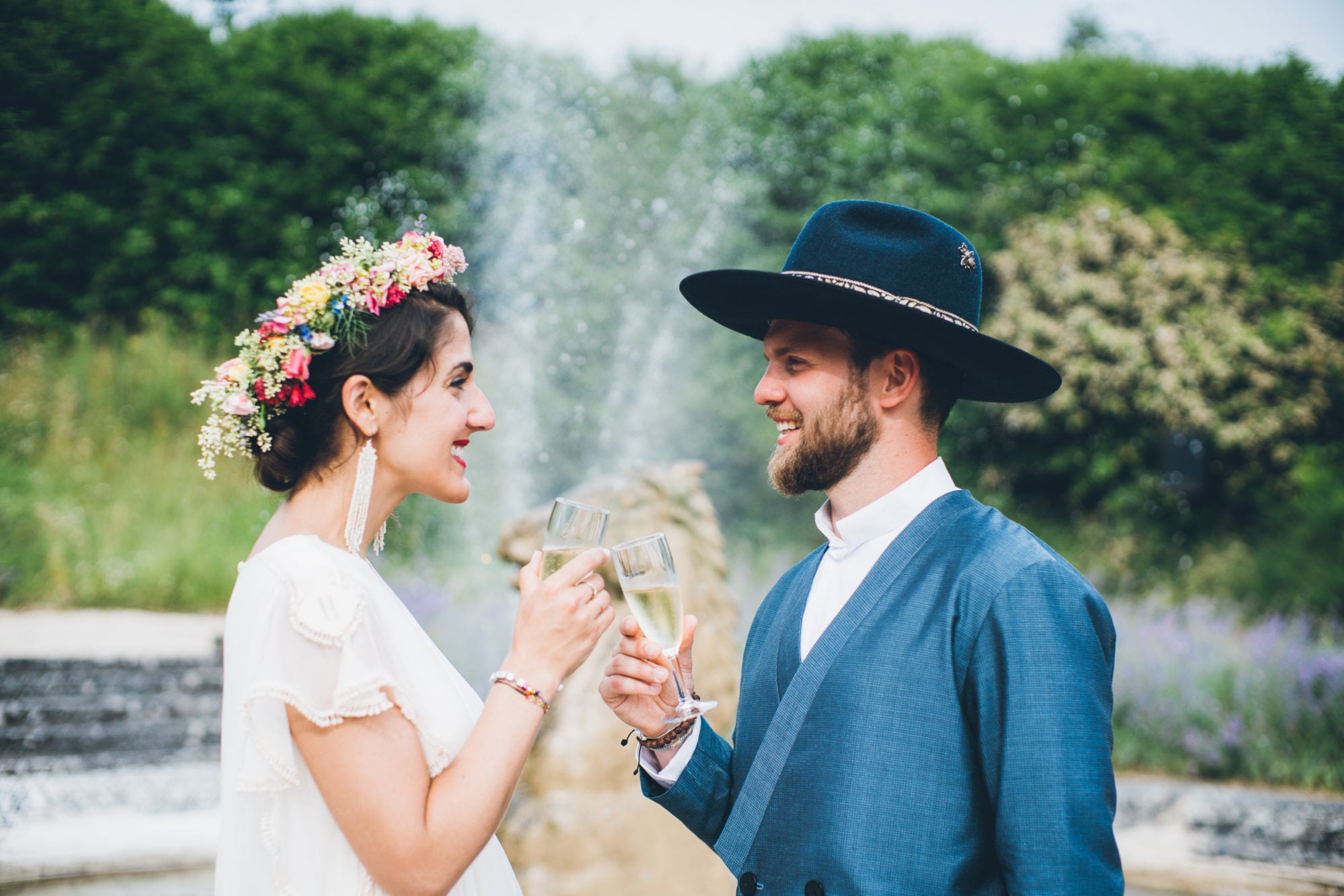 And then they took family portraits: 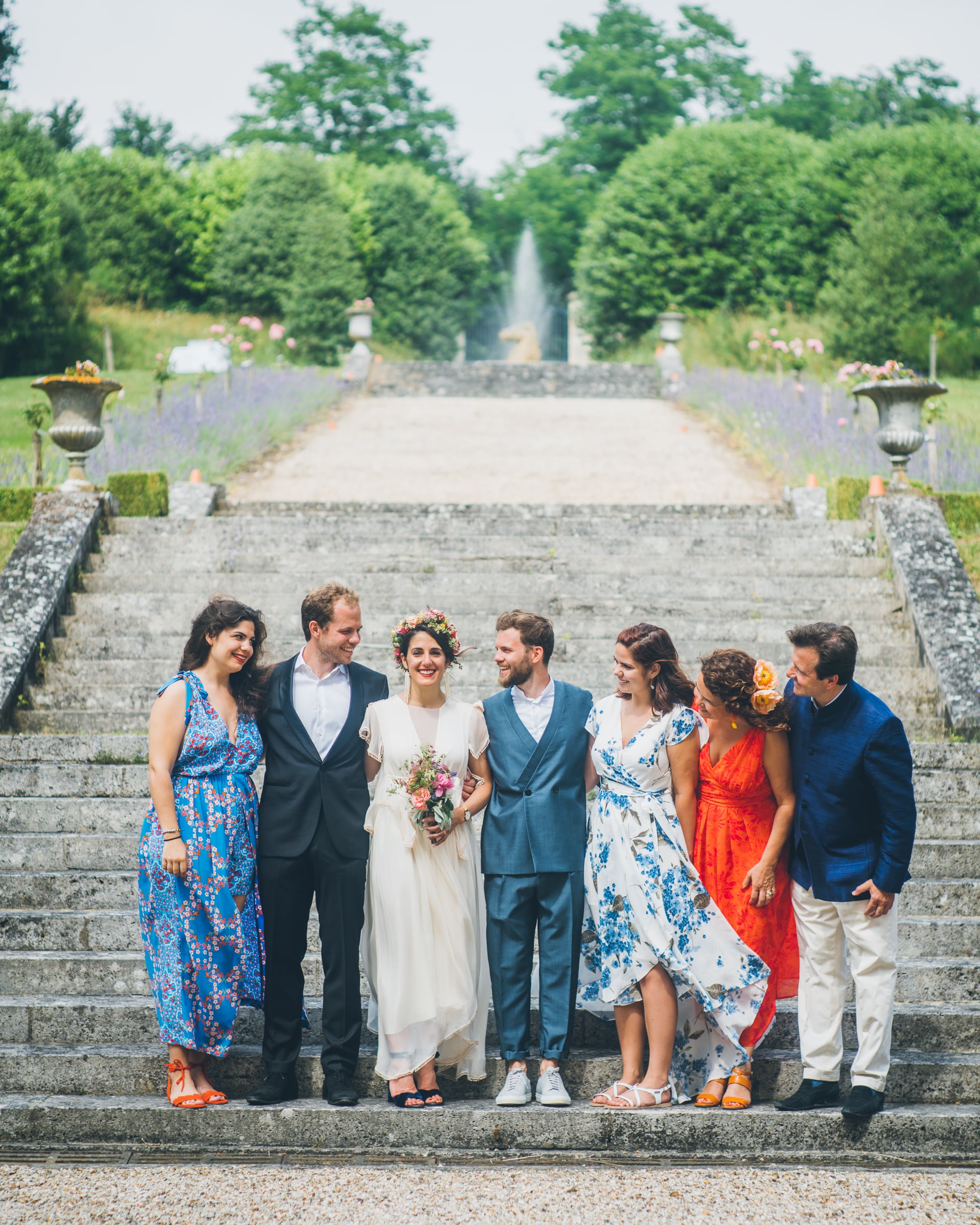 Guests milled about before dinner: 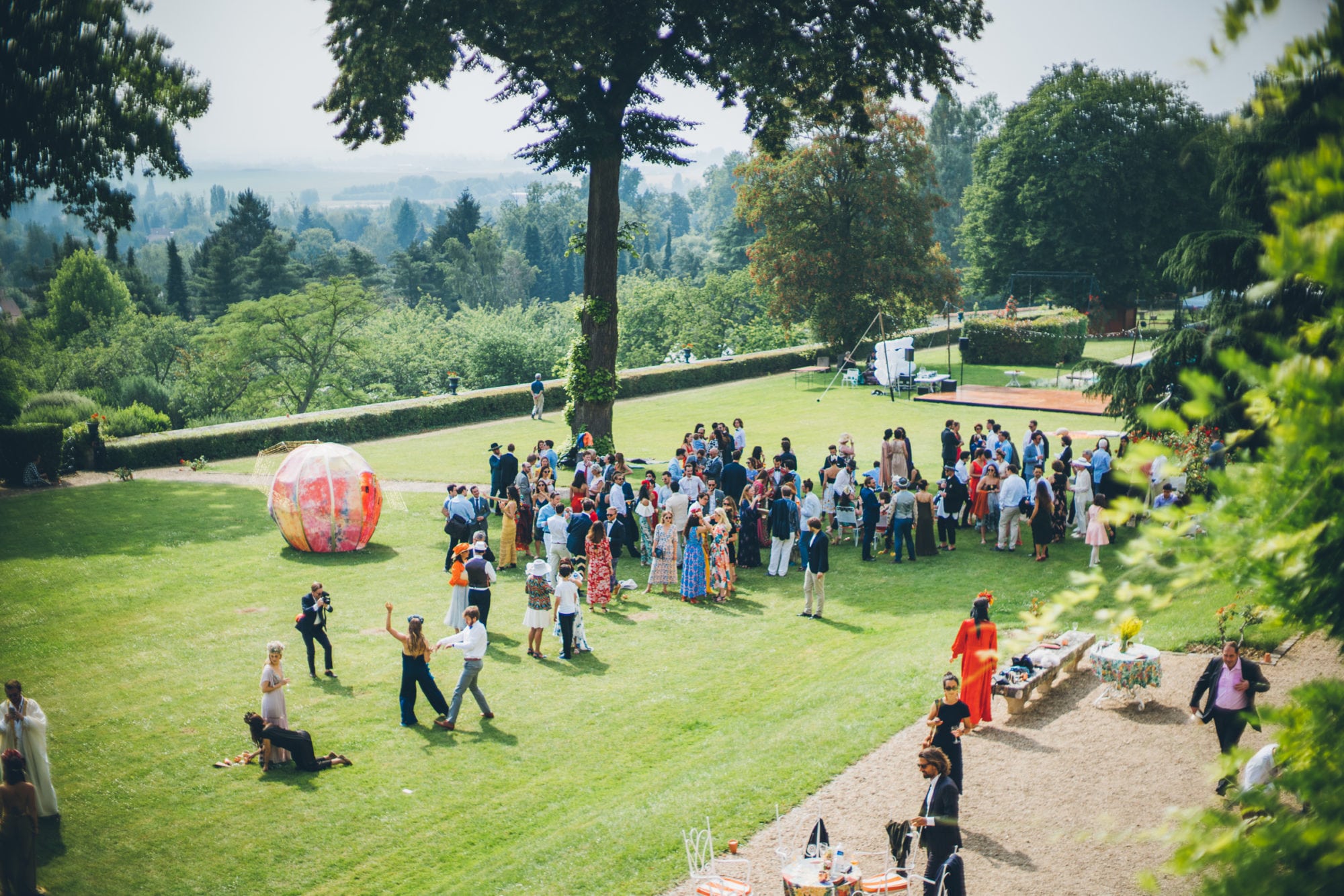 There were also a few speeches. “Alex got roasted by his two best friends,” says Riwa. “They really went for it. But everybody got to have some deep laughs.” 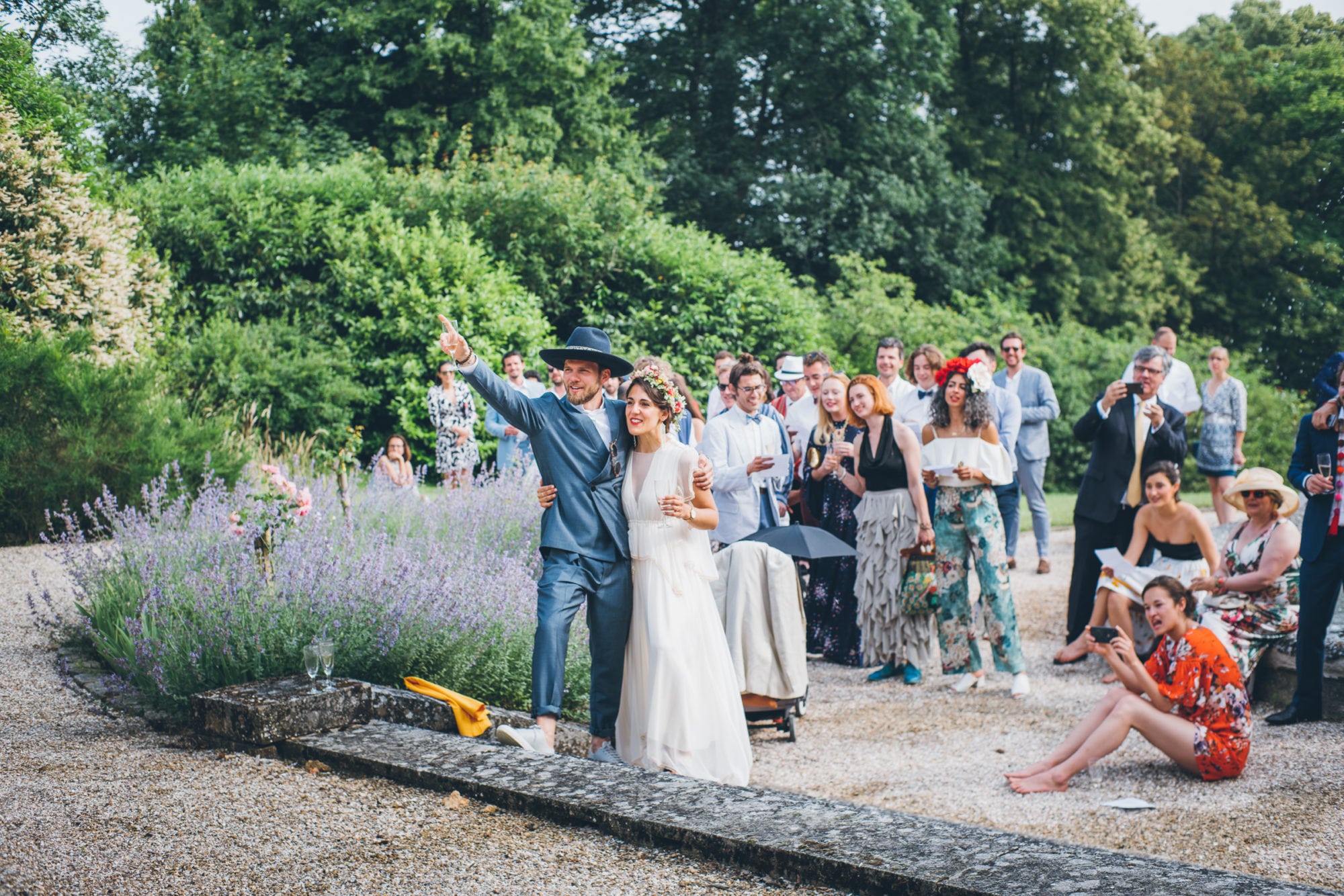 Dinner was al fresco. The couple asked the caterer to cook the type of communal food they make at home. There was whole roasted cauliflower, lamb, a green bean salad, pine nuts and a late-night cheese buffet. “It was very healthy,” says Riwa. “We wanted people to feel like they could dance afterwards.” 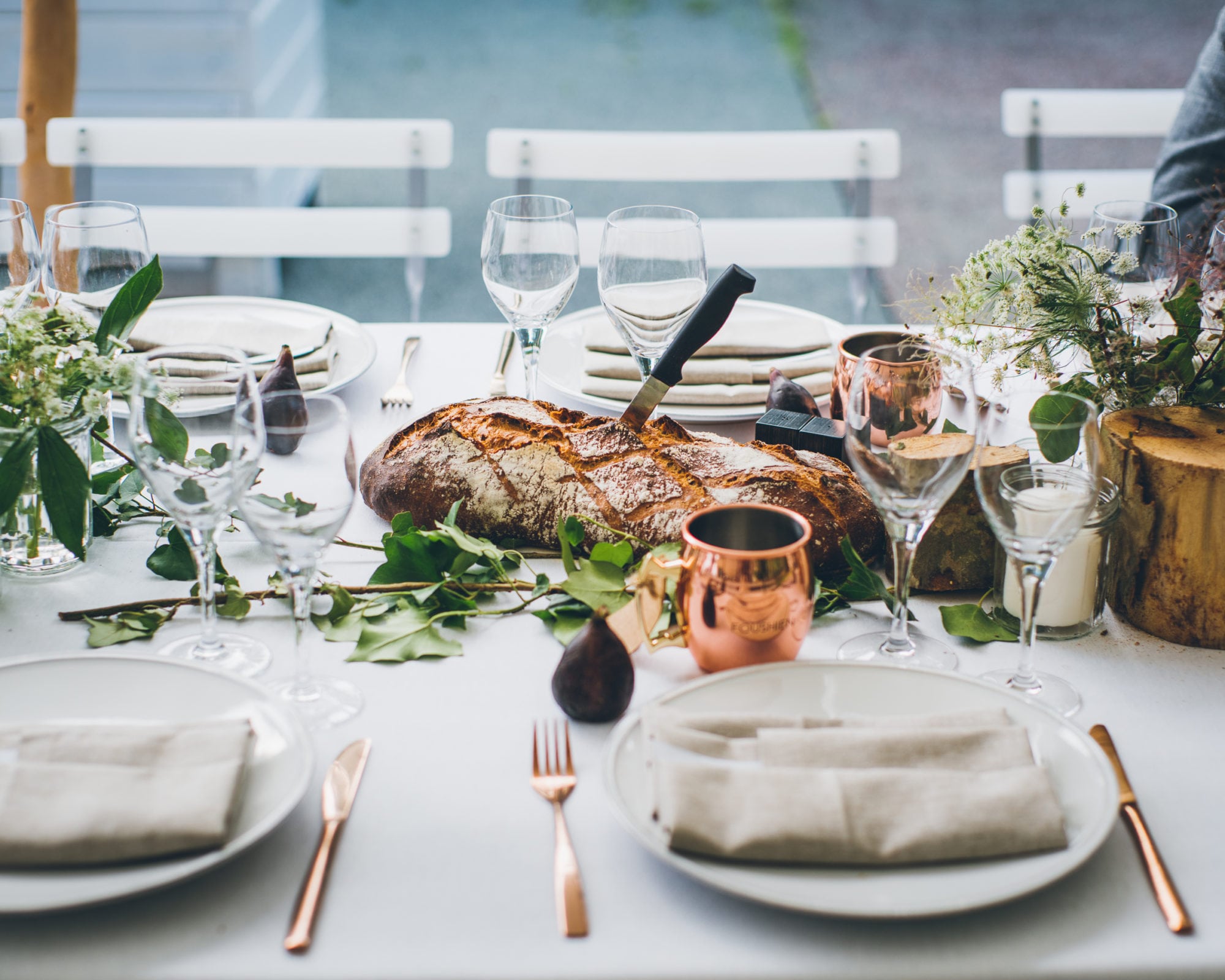 Instead of a first dance, the couple sang their thank yous to the crowd by re-mixing a Bob Marley song. After, the DJ played “La Vie en Rose” to coerce them into a more intimate dance: 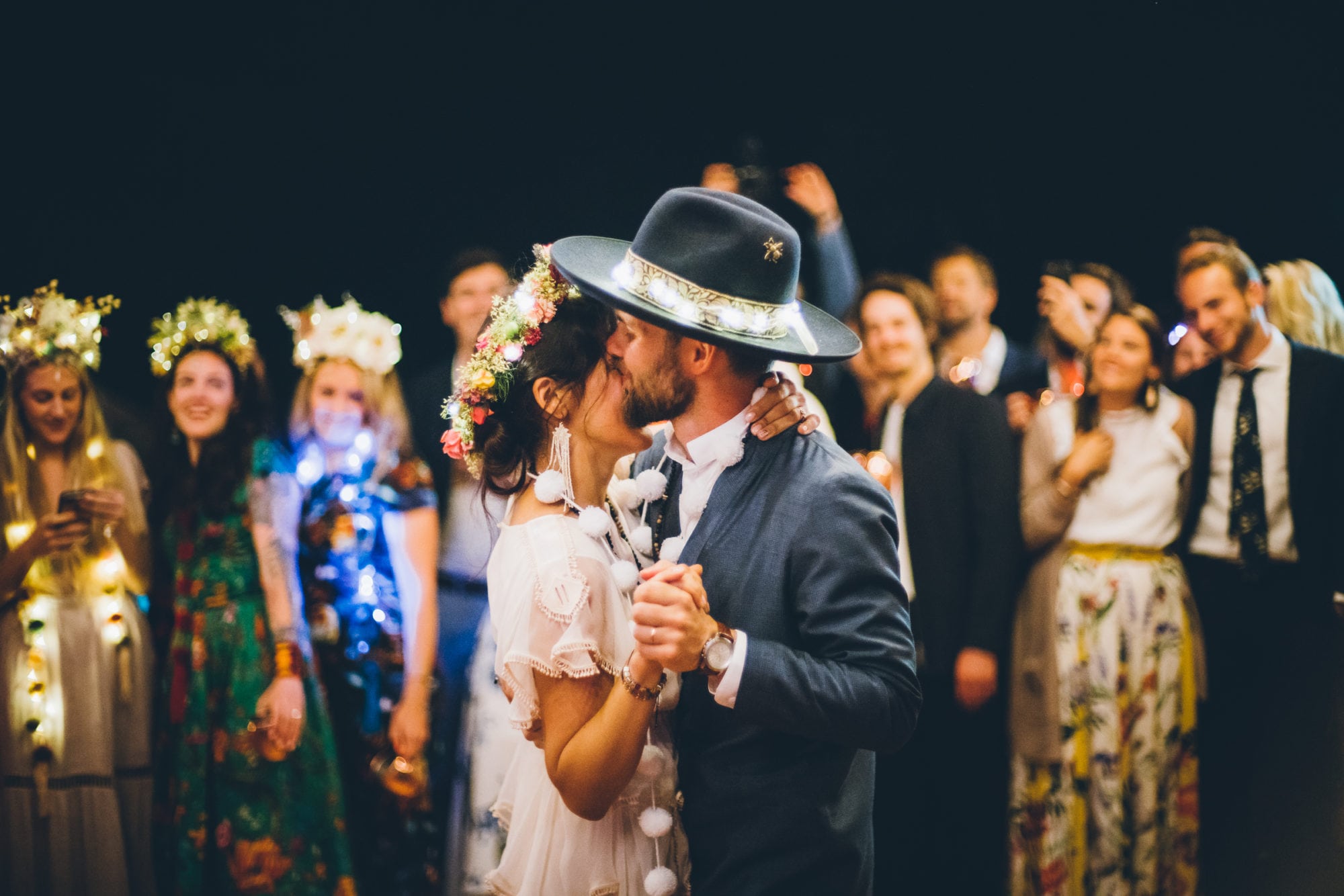 Another friend surprised the couple with an electric keyboard performance later in the evening. “Everyone sat down on the dance floor,” says Riwa. “I really wasn’t expecting any of it.” 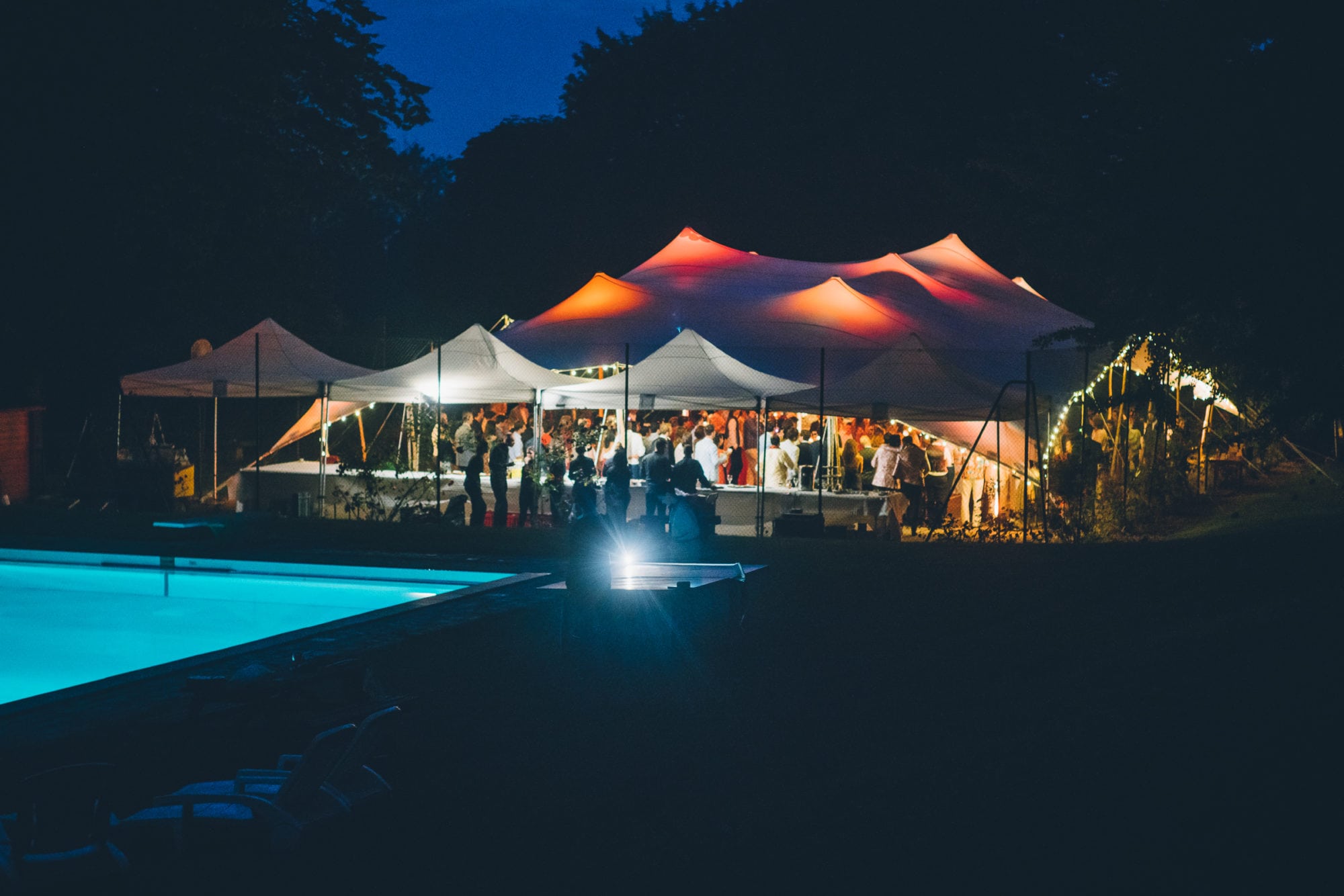