“Girls are going to change the world”: In conversation with Nav Bhatia on his motives for gender equality

“Girls are going to change the world”: In conversation with Nav Bhatia on his motives for gender equality

Nav Bhatia adores the Toronto Raptors so much that he was the first-ever basketball superfan inducted into the Naismith Memorial Basketball Hall of Fame. His love of the game is only surpassed by his burning passion for equity advocacy. He often brings a diverse group of kids to the game who would not otherwise get to go, encouraging them to mingle. He believes that introducing kids to new people and experiences will open up the world around them. This support for the underserved continues off the court, too. Today, Bhatia works as a global ambassador for World Vision and Rise Up Daughters of India and, sparked by his own experience of adopting is daughter from Delhi, as an outspoken advocate for adoption. 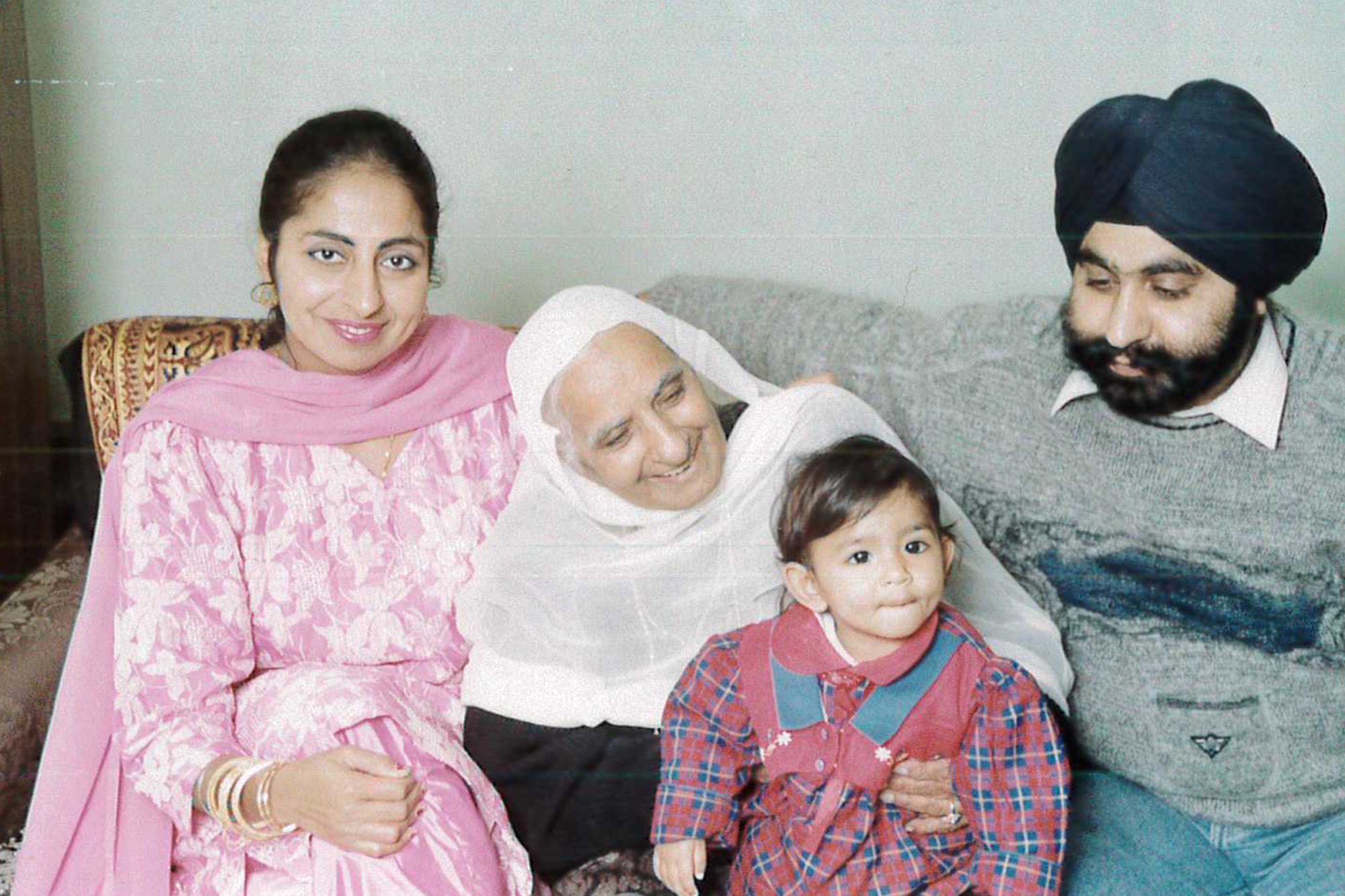 Many charities are eager to work with the famously positive, tireless Bhatia, but it was World Vision who won him over with their commitment to sponsoring young girls. “World Vision penetrated my heart more than anything else because they were dealing with the education of girls.” Our next generation depends on them, Bhatia says. “For a community, for a city, for a country, for the world to survive, it’s important that we educate and take care of young kids, but especially the girls. It’s very important that they’re not left behind.” All too often, it’s girls who bear the brunt of poverty. When parents are cornered into making impossible decisions, girls are likelier to be taken out of school and forced into child marriage and labour, shutting the door to the possibility of a sustainable future.

That’s part of why Bhatia channelled his boundless energy into the Rise Up Daughters of India project to build more school washrooms in the low-income area of Faridkot. Tackling the shortage of safe, sanitary washroom facilities means encouraging female students to stay in class once they begin menstruating. Since participating, 135 more bathrooms have been built, enabling thousands of girls to continue their education, with 200 more facilities to come in Alwar. “I talked to the girls who were being affected, who were going to drop out of the school. They would have dropped out in the 8th grade—now they’re going on to the 10th, 11th grade and high school,” according to Bhatia. “They’re going to change the world, some of these girls. Some tell me they want to be a police officer, others a lawyer or a doctor. This is all because we are helping one girl at a time.” 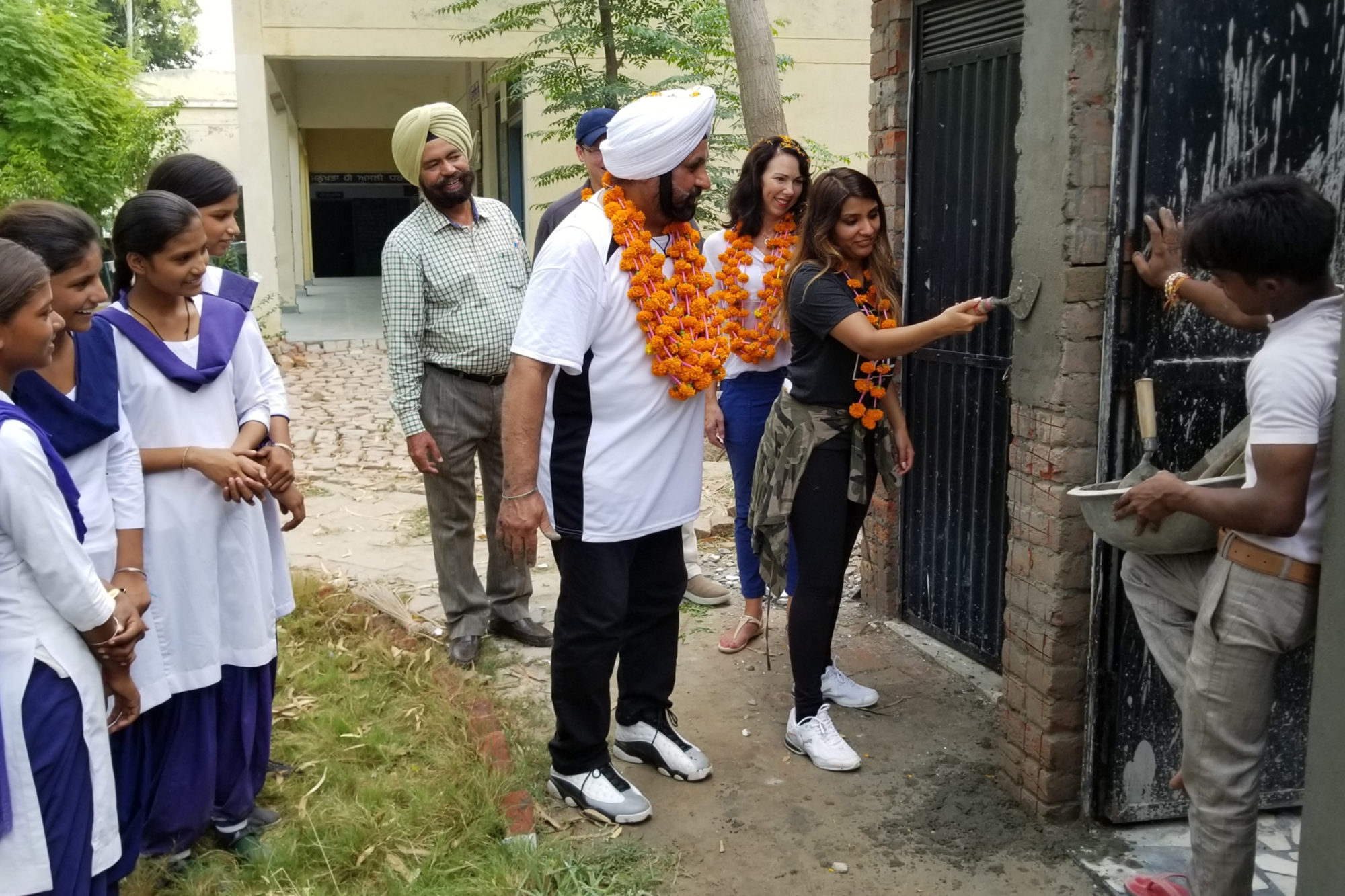 Local development, such as washrooms, can have a remarkably large economic, political and social impact. Now, Bhatia is passionate about promoting World Vision’s 1,000 Girls initiative, which seeks to secure sponsorship for 1,000 young girls by the UN’s International Day of the Girl on Oct. 11. Sponsorship, according to Bhatia, is one of the easiest ways to empower girls, and thus strengthen their economy and the country itself. “I am a very strong supporter of sponsorship because it doesn’t just give [girls] a temporary relief—it gives them a permanent solution. A lot of these girls might go to university, and I believe they are going to make change.”

Sponsorship can also effect change at home, too, sparking knowledge and empathy in sponsors who are able to get a sense of how people in other countries live. Photographer Stephen Woo has sponsored two kids through World Vision so far, and helped sign up more than 200 other sponsors over the years. Hearing about how his sponsor child’s sister died after falling in a well helped put a lot of things into perspective, especially when it came to an urgent need for improved water access. “You learn that we are so blessed and we are so safe. We have shelter and we have clothes and shoes—they don’t,” Woo says. “It’s meaningful because we learn from them. They can teach us something new in our life.” 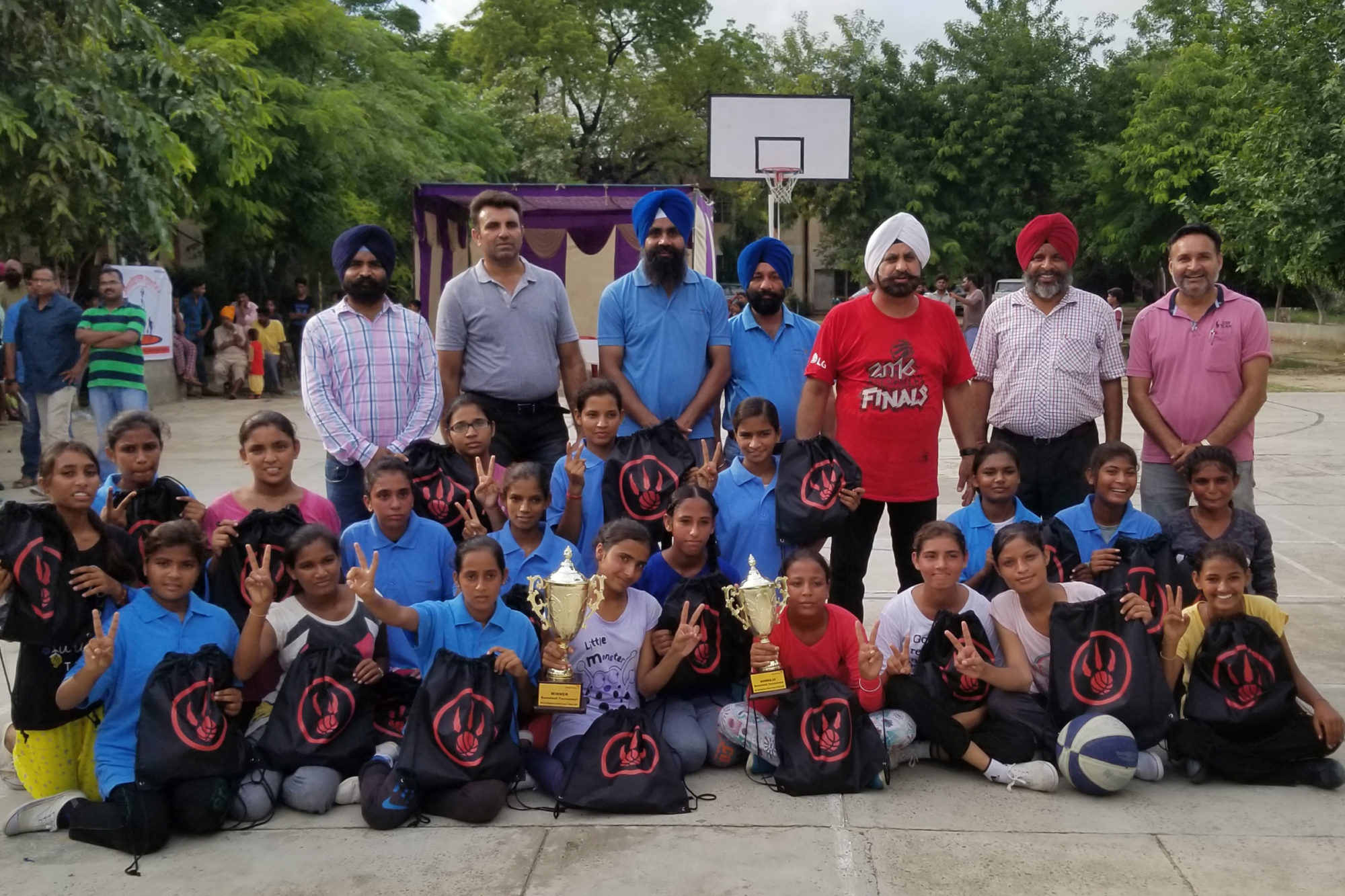 “Sharing is the biggest asset you can have,” Bhatia adds. “I tell you, with my experience in the last decade, there is more love and fun and satisfaction in giving than in taking.” Taking a page out of the Raptors’ book of success: “[It’s] got to be teamwork. That’s what we have to do as human beings: help out. If somebody’s down, pick them up. I hope more and more people do the sponsorships. You will find you have more satisfaction in [giving] than in taking anything.”

Visit WorldVision.ca to join the movement to help reach World Vision’s goal of getting 1,000 girls sponsored by International Day of the Girl on Oct. 11.