Inside the Merrill House, a beautifully revamped Victorian inn in Prince Edward County

Inside the Merrill House, a beautifully revamped Victorian inn in Prince Edward County 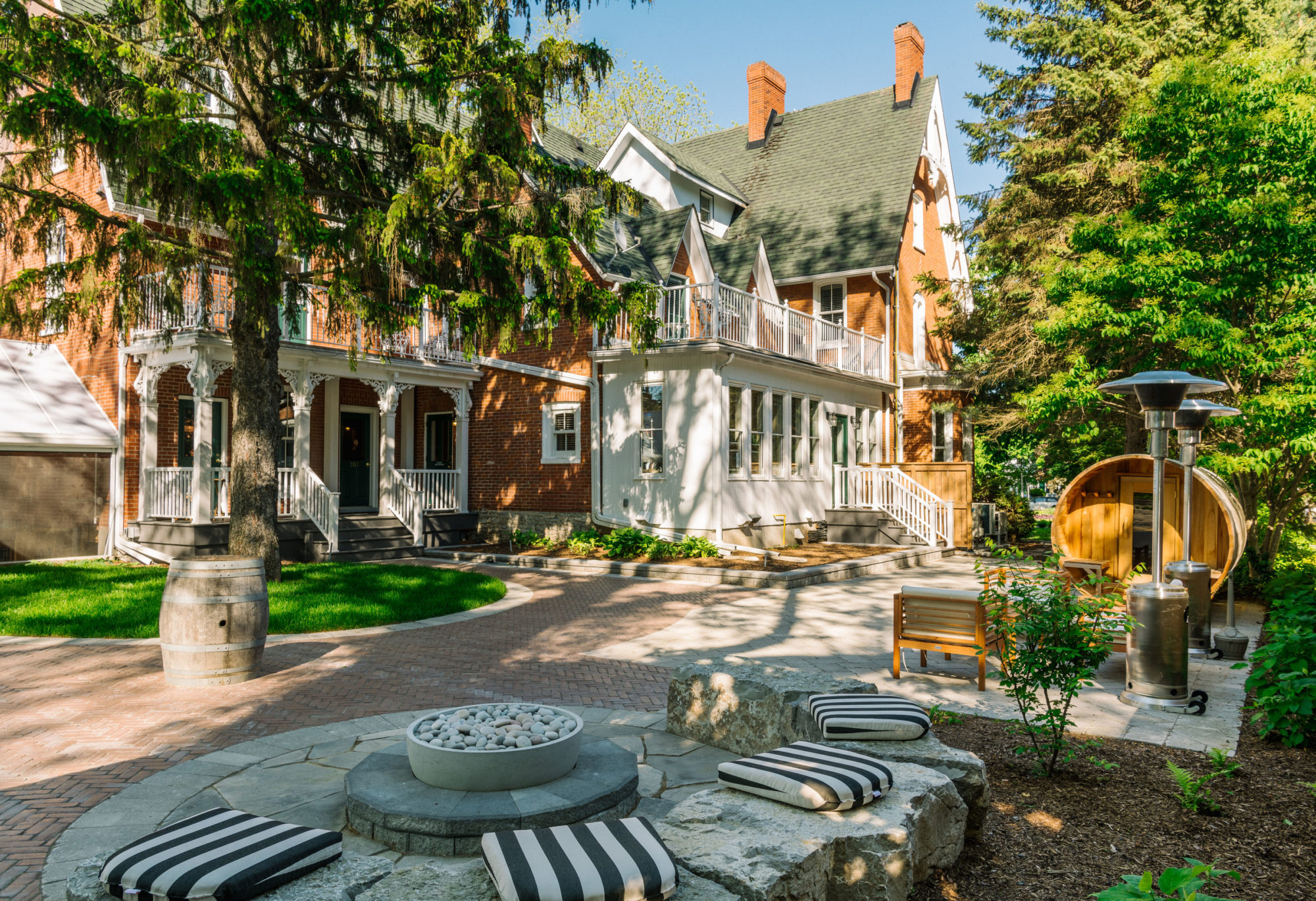 The Merrill House is the latest weekend getaway destination to open in Prince Edward County, and it’s designed to appeal to fans of Victorian architecture, contemporary art and wine. The hotel is owned by Jordan Martin, an art collector and entrepreneur from Belleville who worked in the hospitality industry in the U.K. for nearly a decade. He had always wanted to own his own chain of boutique hotels, and so he spent the past few years looking at castles in England and chateaus in France. In 2018, on a Christmas trip back home, he discovered the Merrill House, a Picton hotel that was then called the Merrill Inn. He was attracted to Prince Edward County’s burgeoning wine country—which produces Burgundian-style wines like pinot noirs and chardonnays—and he loved the history behind the 1878 Gothic Revival mansion, which he says was originally built for the first magistrate of PEC, Edward Merrill.

Martin bought the place that spring. In January, he closed it down for a six-month renovation. During that time, he restored some of the building’s original features, gutted all 17 bathrooms, installed all new windows, totally overhauled the restaurant and redecorated every inch of the space. The new aesthetic is inspired by European country houses. “In America, people feel like an old house should be a pastiche of the past,” Martin says. “In Europe, there’s an idea that a house is always moving with the times.” At Merrill House, contemporary art is mixed with fine antiques and artifacts from around the world. Martin shipped his personal collections over from the U.K., and spent months scouring vintage markets and auction houses for pieces of furniture. Here’s a look inside.

When Martin got his hands on the place, it hadn’t been updated in over 30 years. “I could see the potential, but it certainly wasn’t for someone not ready to make a significant investment,” he says. He did his best to preserve or enhance some original features, like the hardwood flooring: 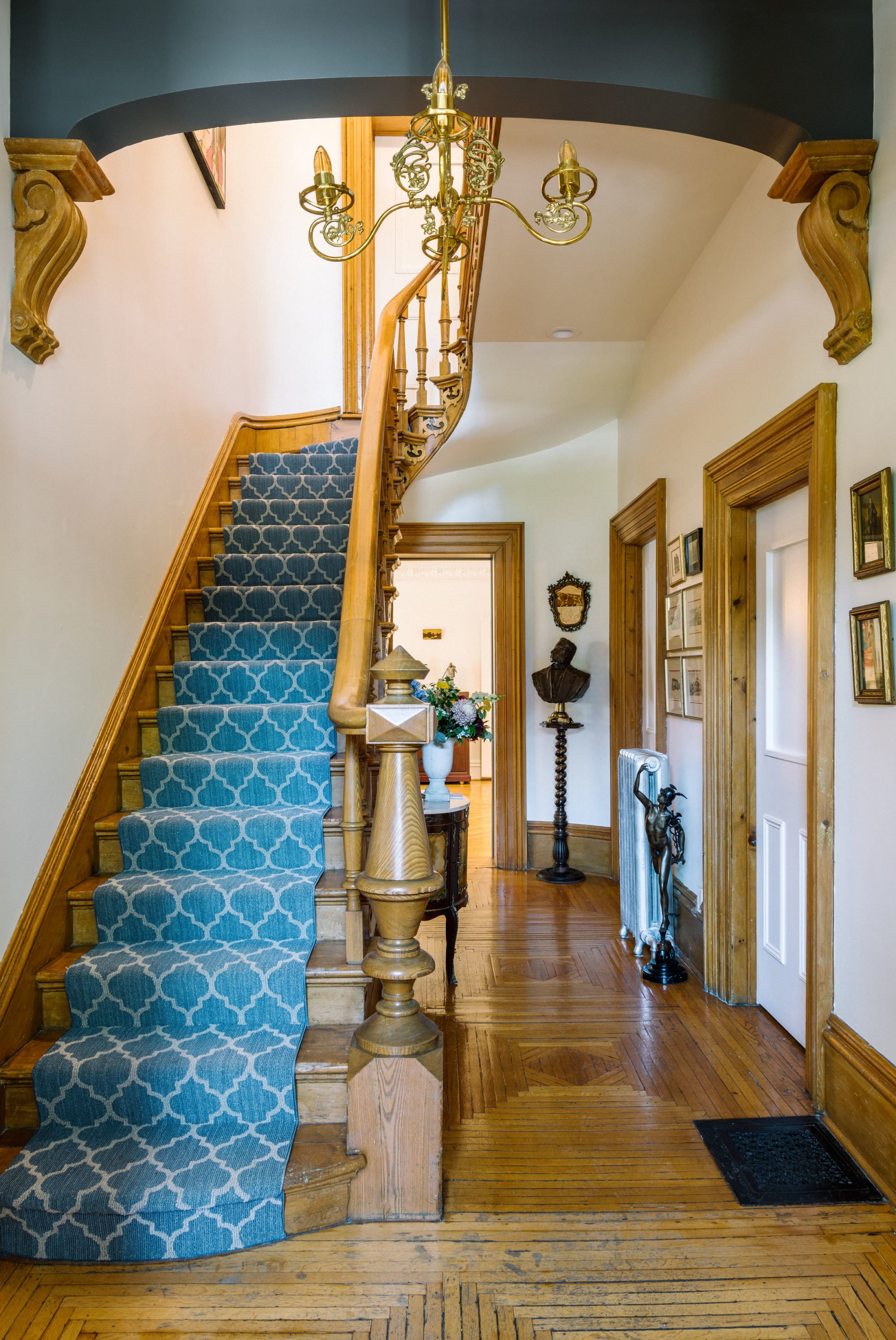 Here’s the lounge, with giant replicas of elephant tusks Martin bought from the family of Sir Robert Peel, a British minister in the Victorian era: 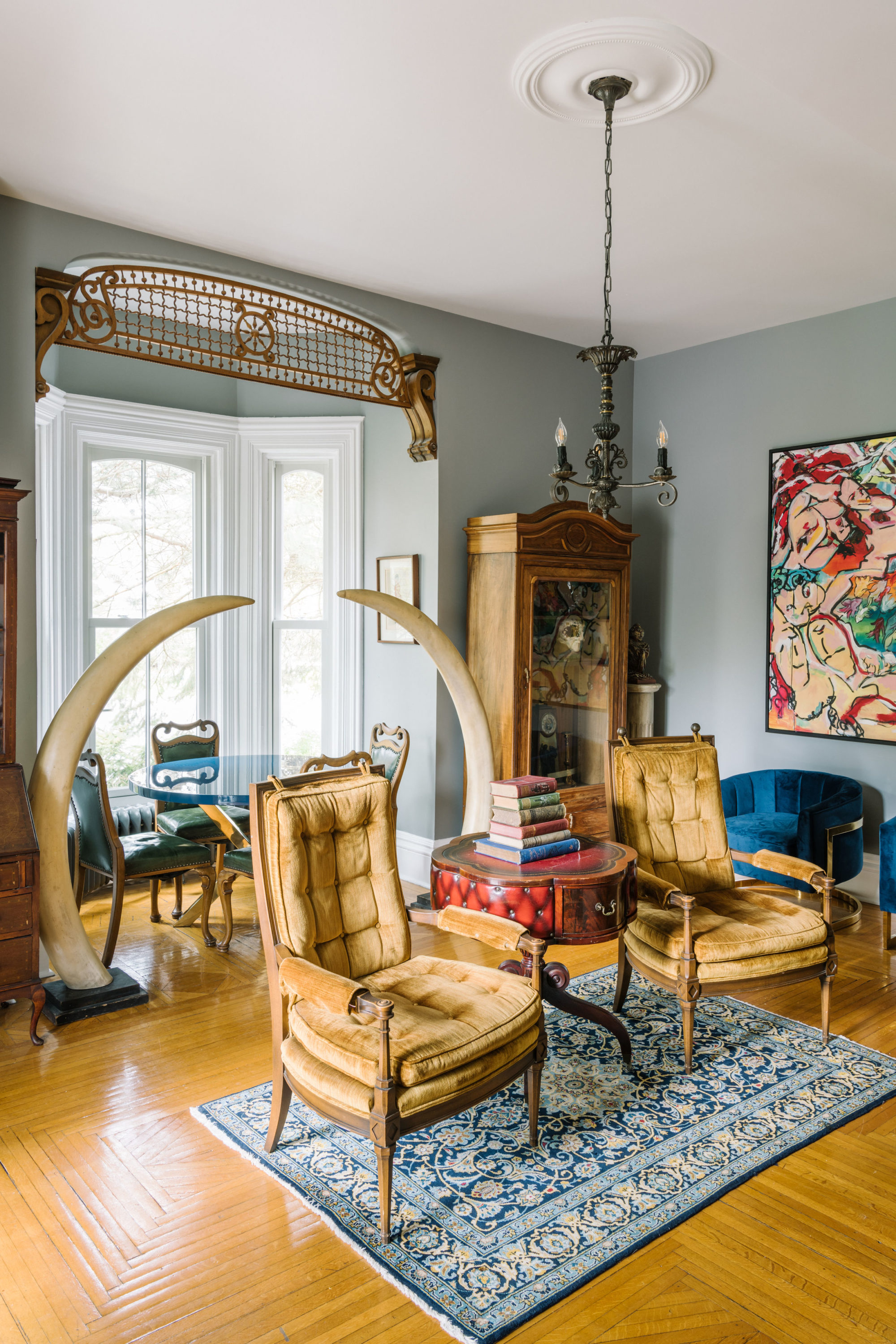 Martin replaced every chandelier in the house: 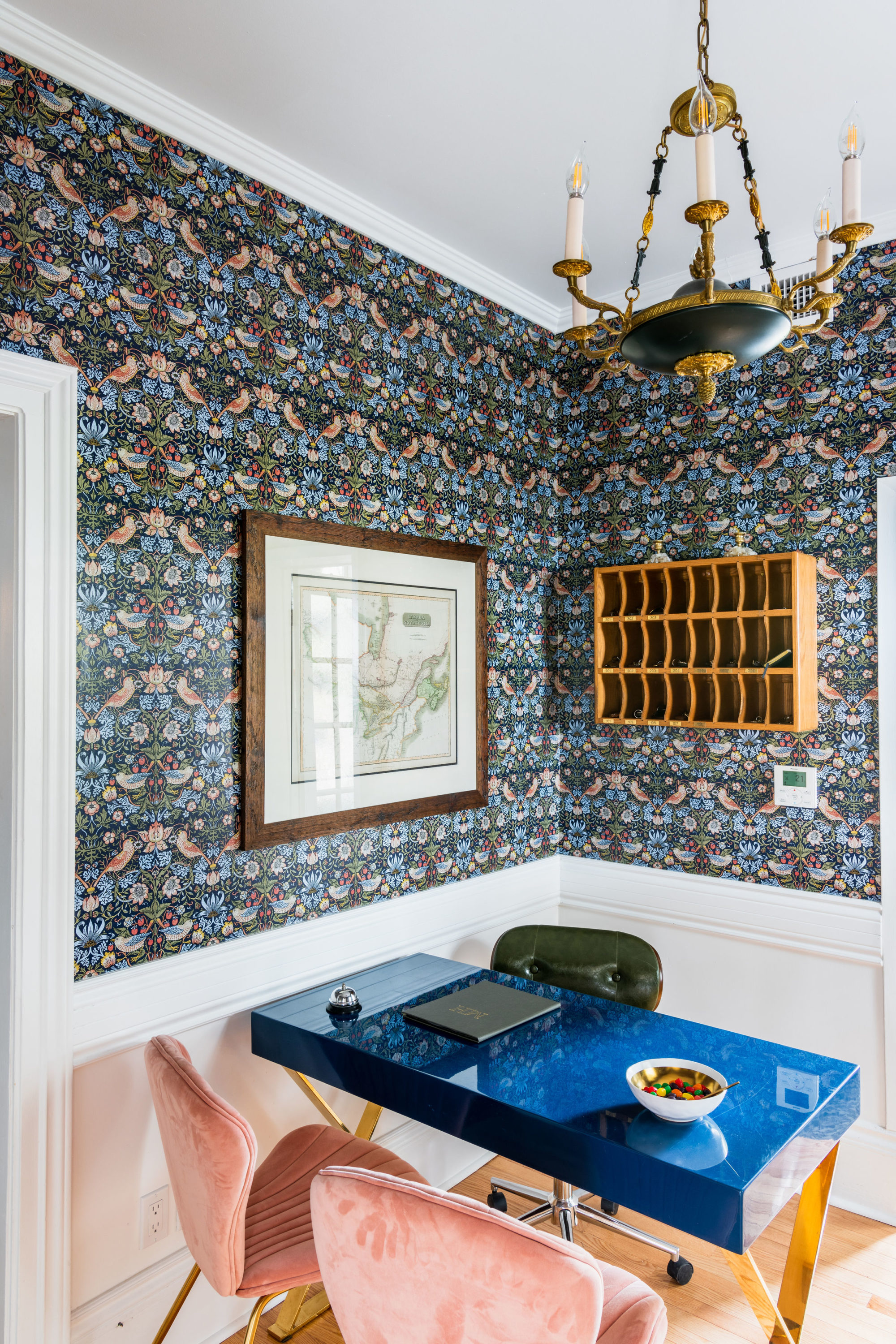 Martin runs a consignment program with a local gallery called Maison Depoivre. This modernist piece is from one of their artists, Roshanak M. Heravi: 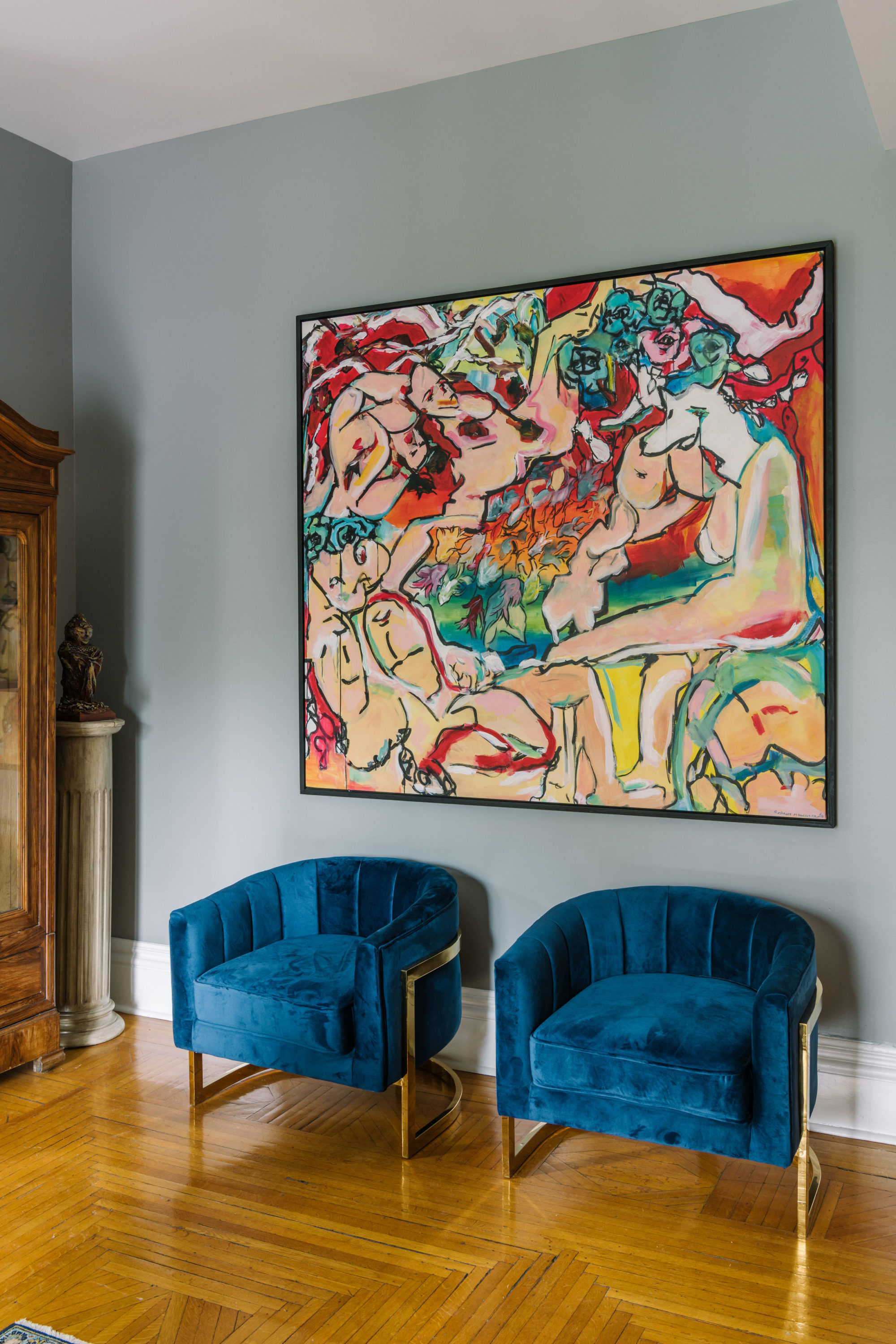 Martin’s goal was to restore the interior it to its Victorian glory, but with 21st-century touches: 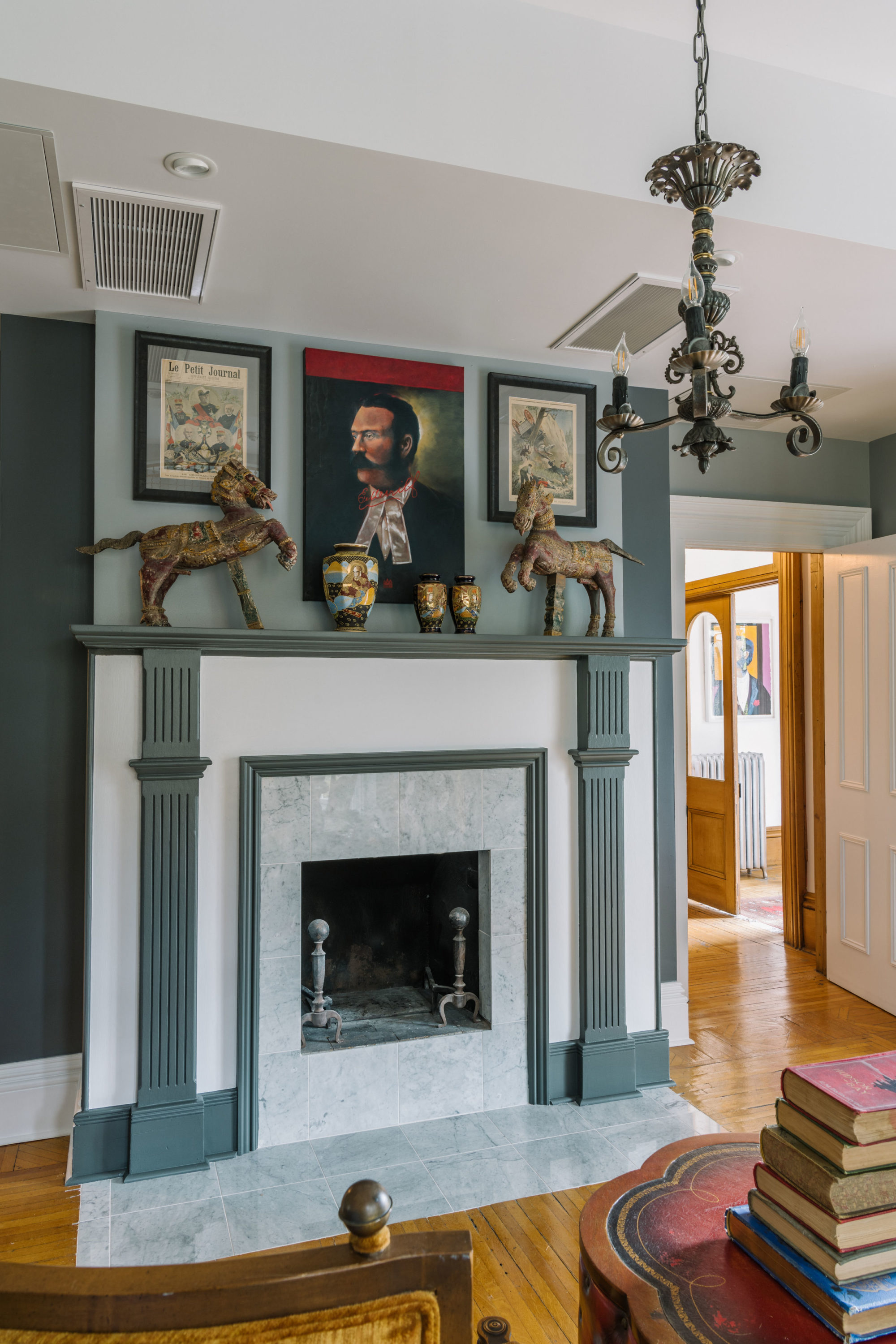 In the lobby, there’s a portrait of a fox hunter by Frederic Whiting. The marble floors are new: 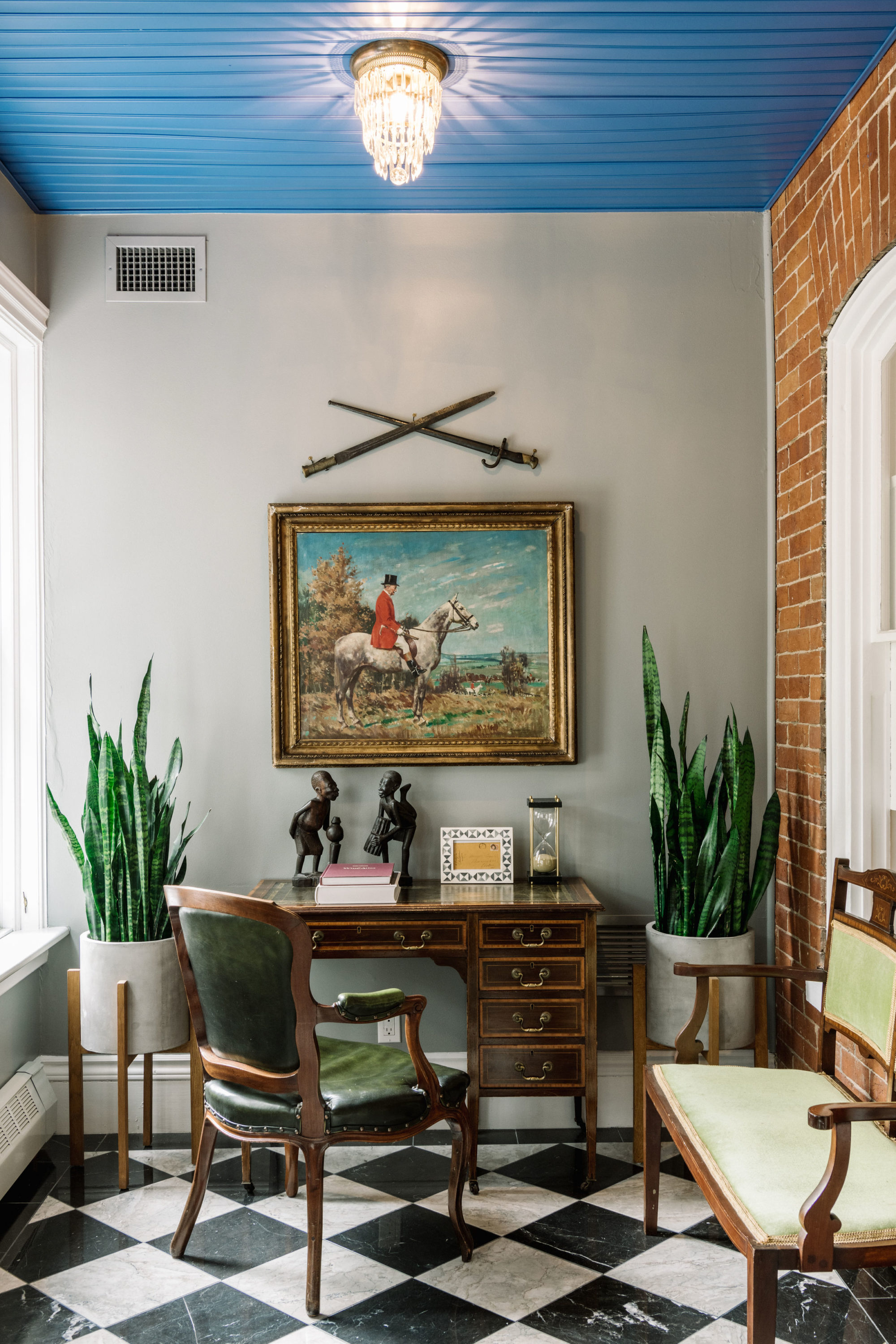 Each of the 15 guest rooms was designed with a different theme in mind. This is a formal Victorian suite, decorated with fine antiques from the era. Each room comes with French linens, an iPad for ordering room service, a mini library and a wine decanter: 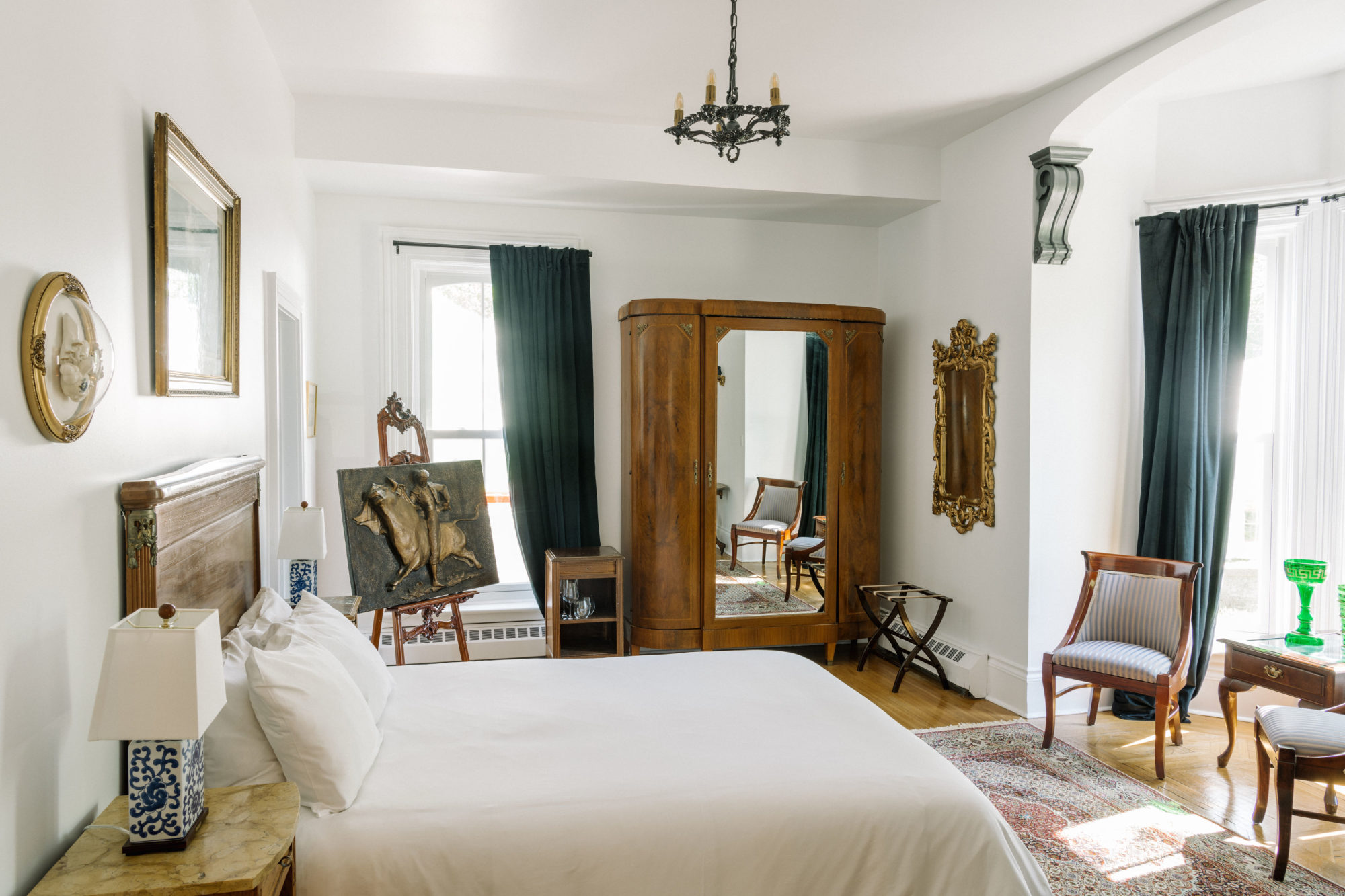 This is the “Dreaming Suite,” which has original surrealist and realist paintings by Milé Murtanovski: 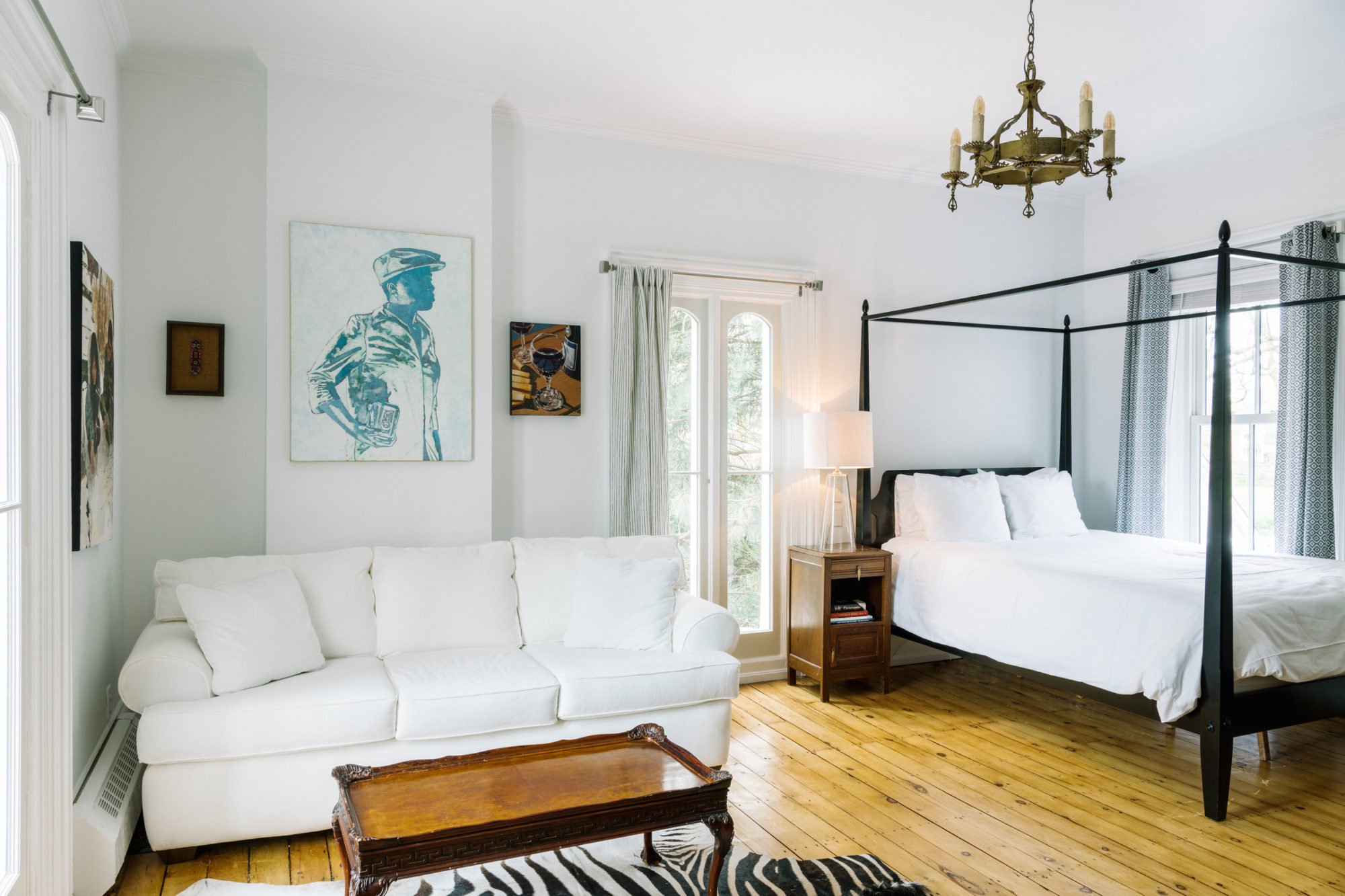 It also has this marble fireplace: 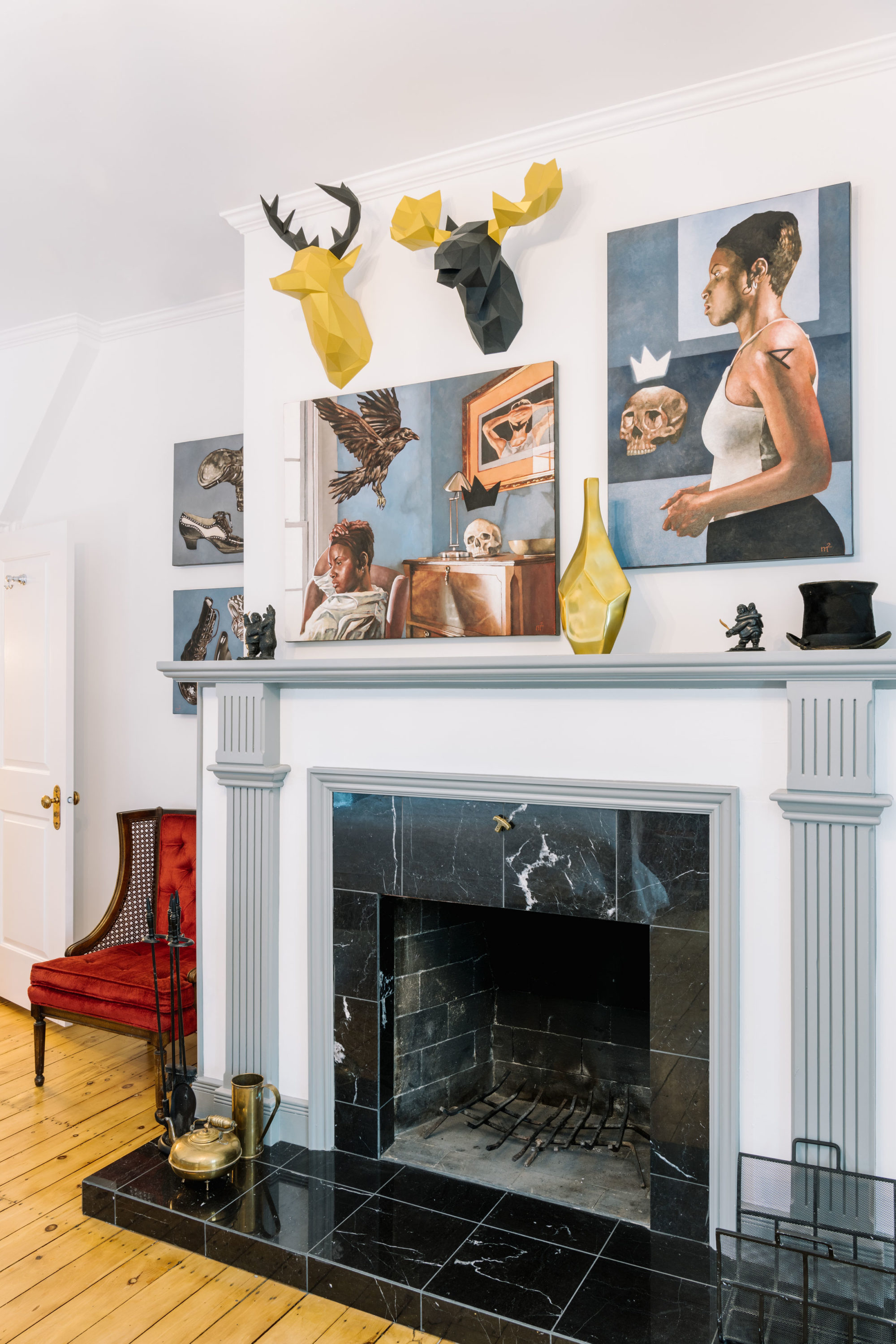 The owner’s suite, located on the third floor, sleeps six and is filled with the contents of Martin’s former London flat. He spent some time living in Africa, so many of the objects are from there: 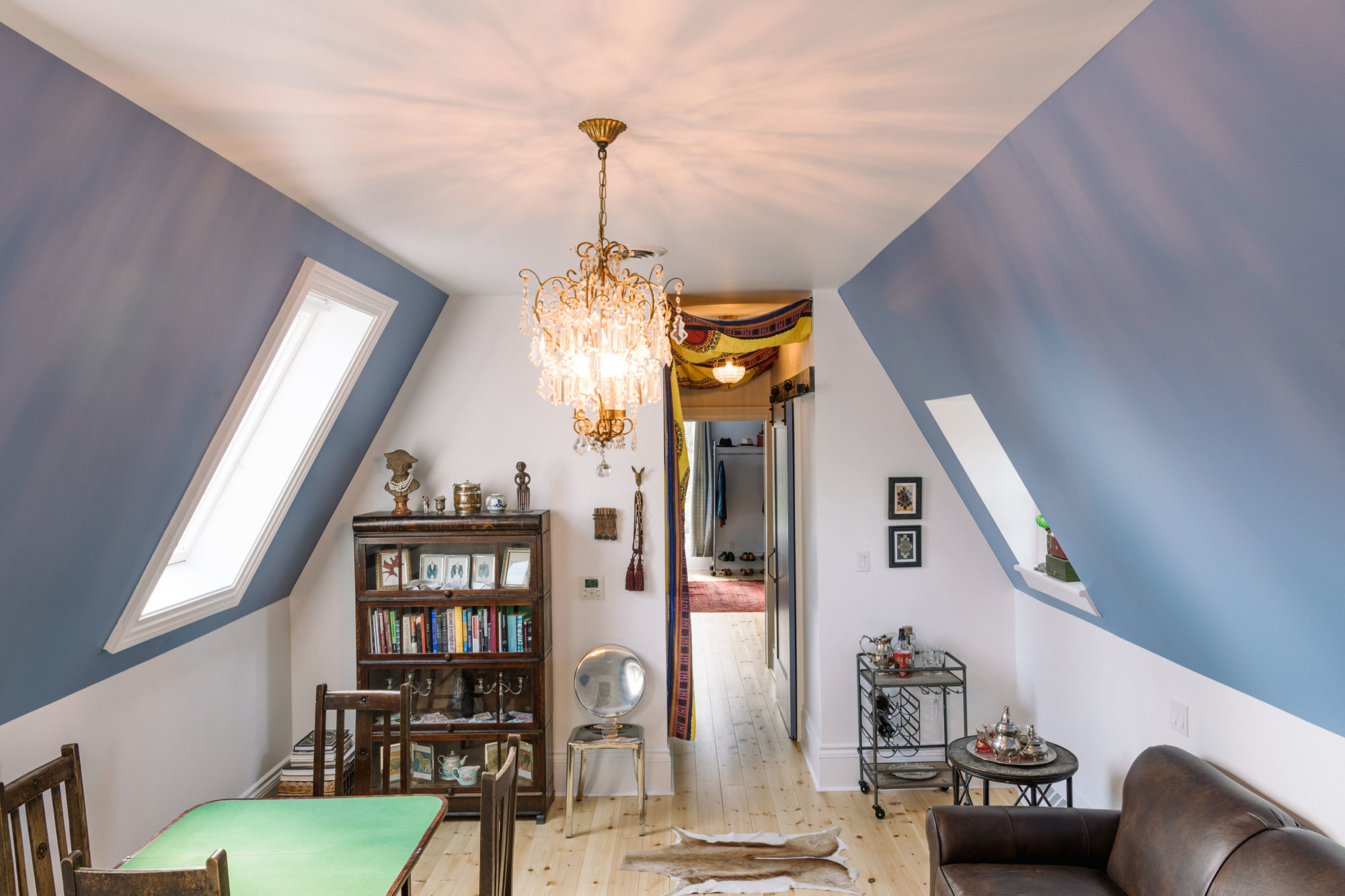 All the bathrooms are newly refinished. They have heated towel racks and lavender, lemon and rosemary toiletries: 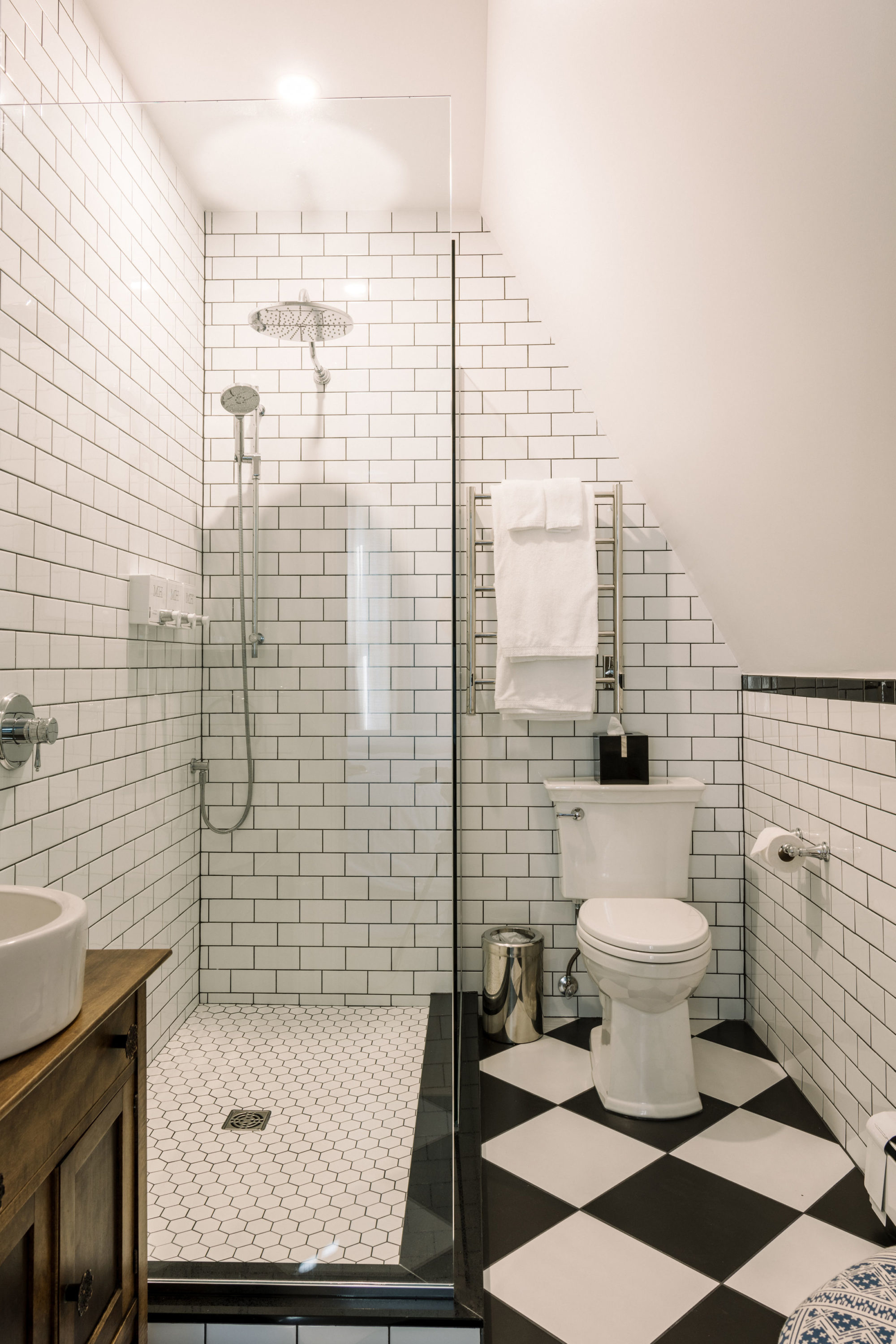 The “Fox Hunting Room” was decorated with appropriate wallpaper: 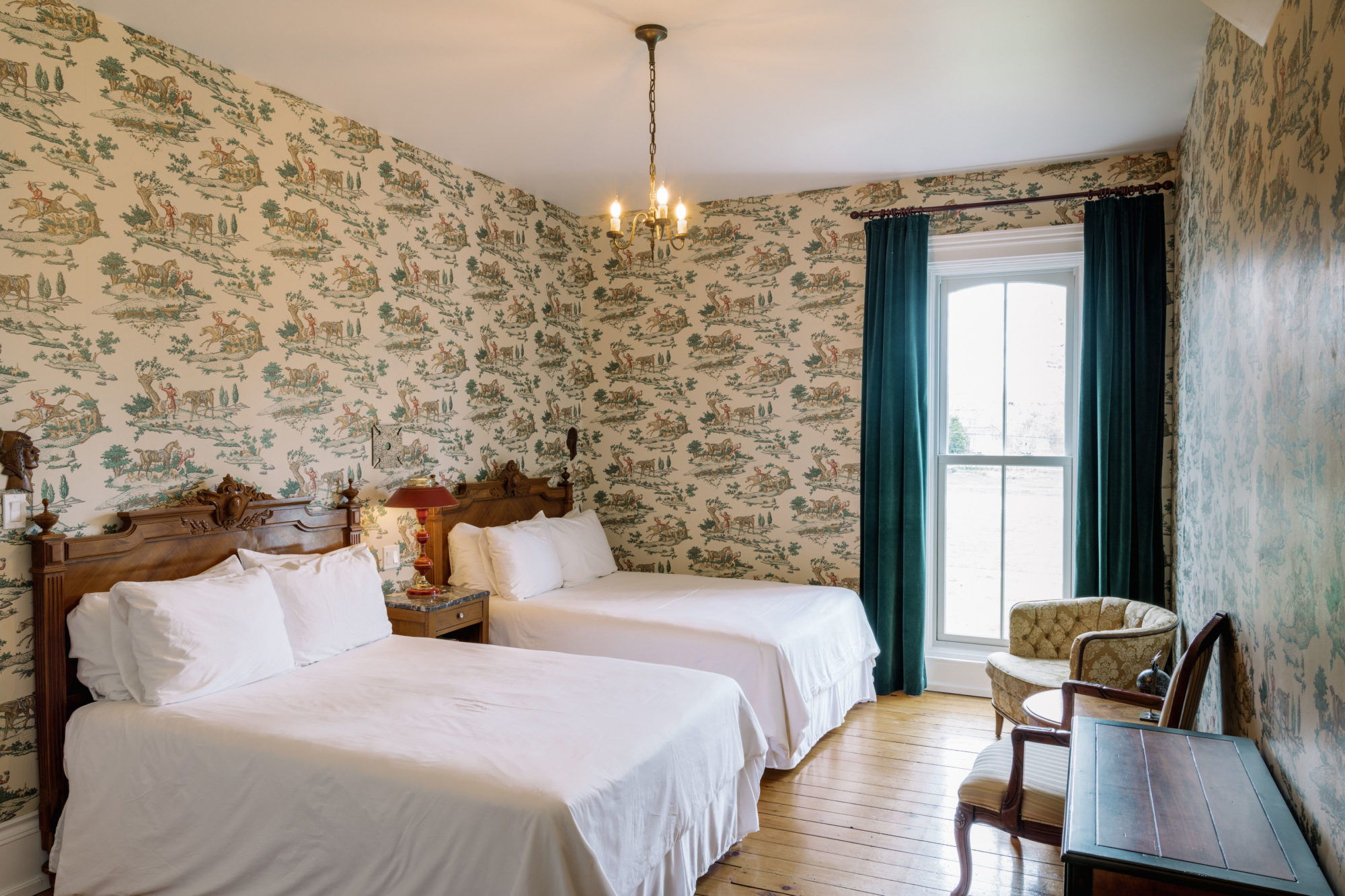 The “Future Room” is the smallest suite. There’s an “invisible man” wearing Dutch clogs on the ceiling: 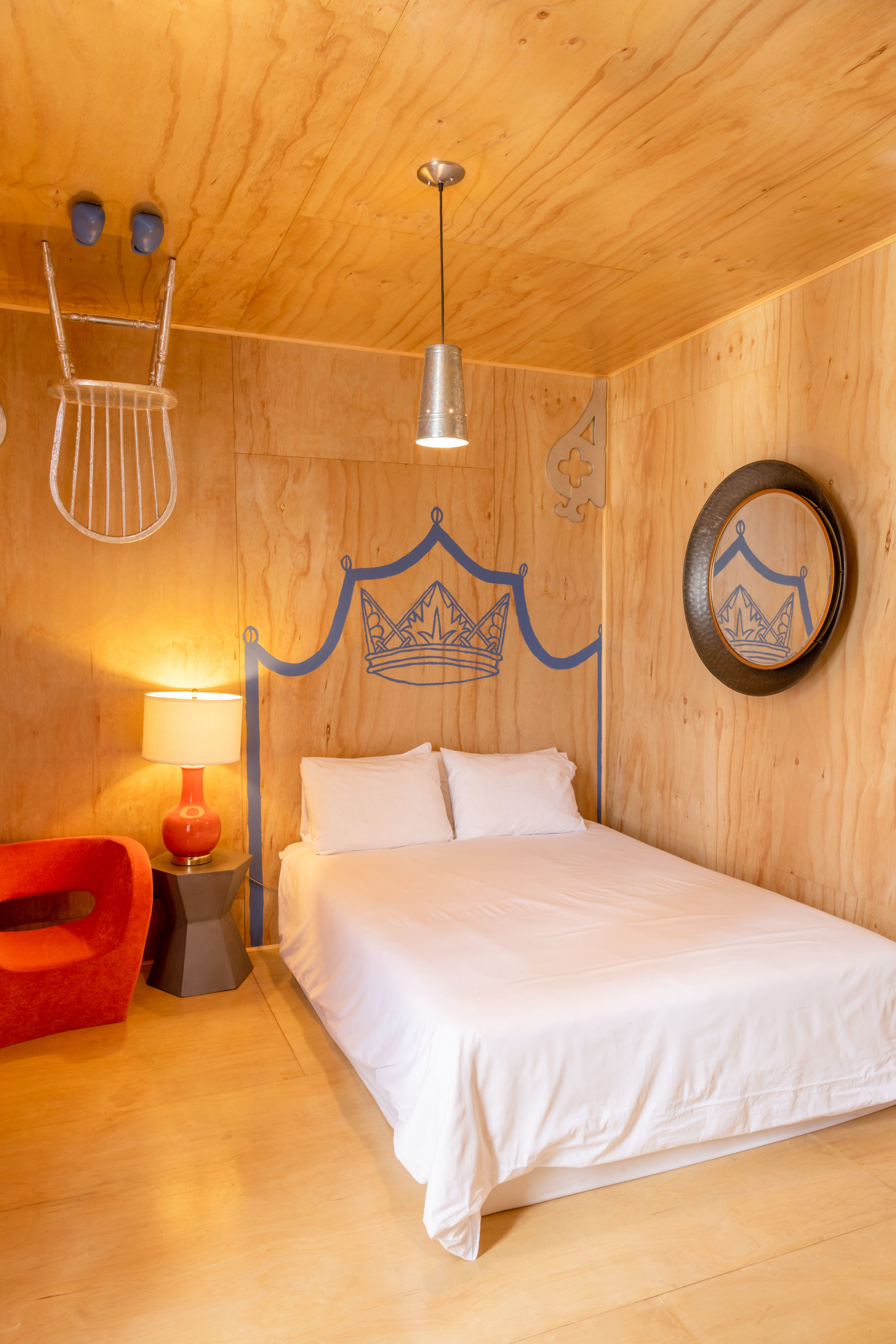 This is the “Viennese Suite,” and it’s on the third floor. Not pictured: a marble hot tub. 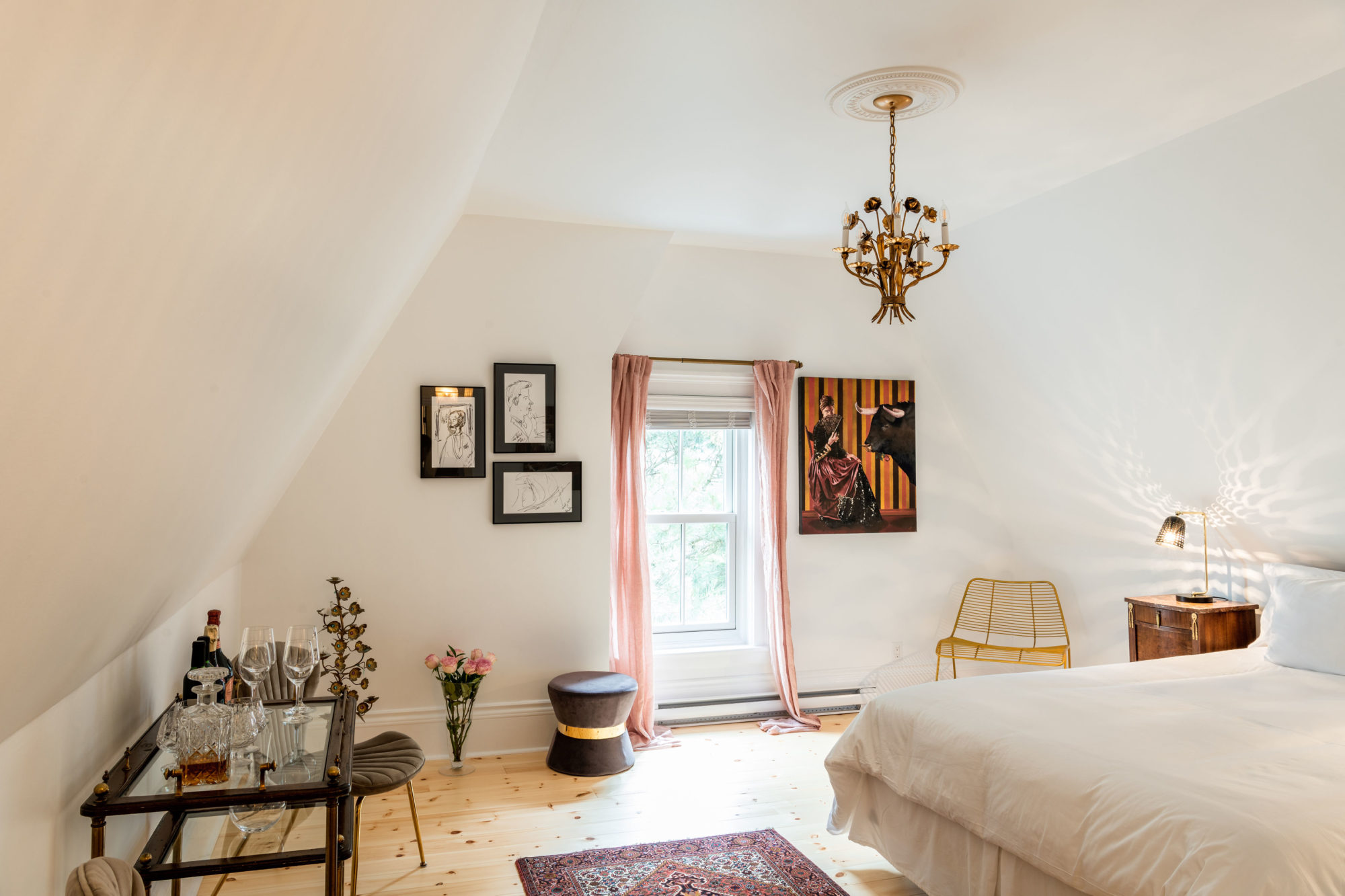 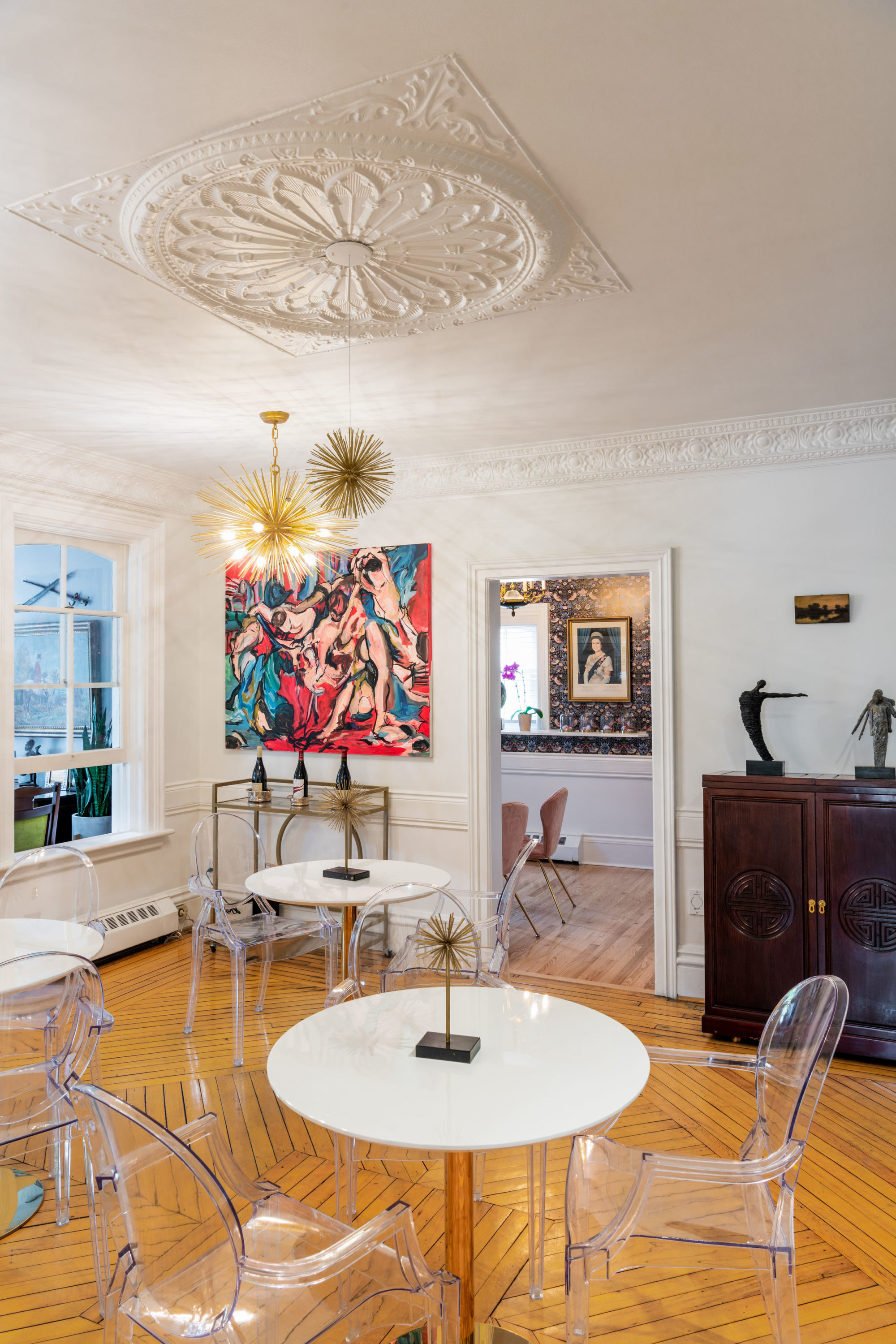 And here’s the restaurant. Martin took everything back to the concrete, raised the ceilings and turned the whole space into a wine cellar that can hold up to 2,000 bottles. Before opening, he sent his chefs (which he inherited from the old restaurant) on a culinary tour of France, and the space now serves Burgundian cuisine to match the kinds of wines that are produced in PEC: 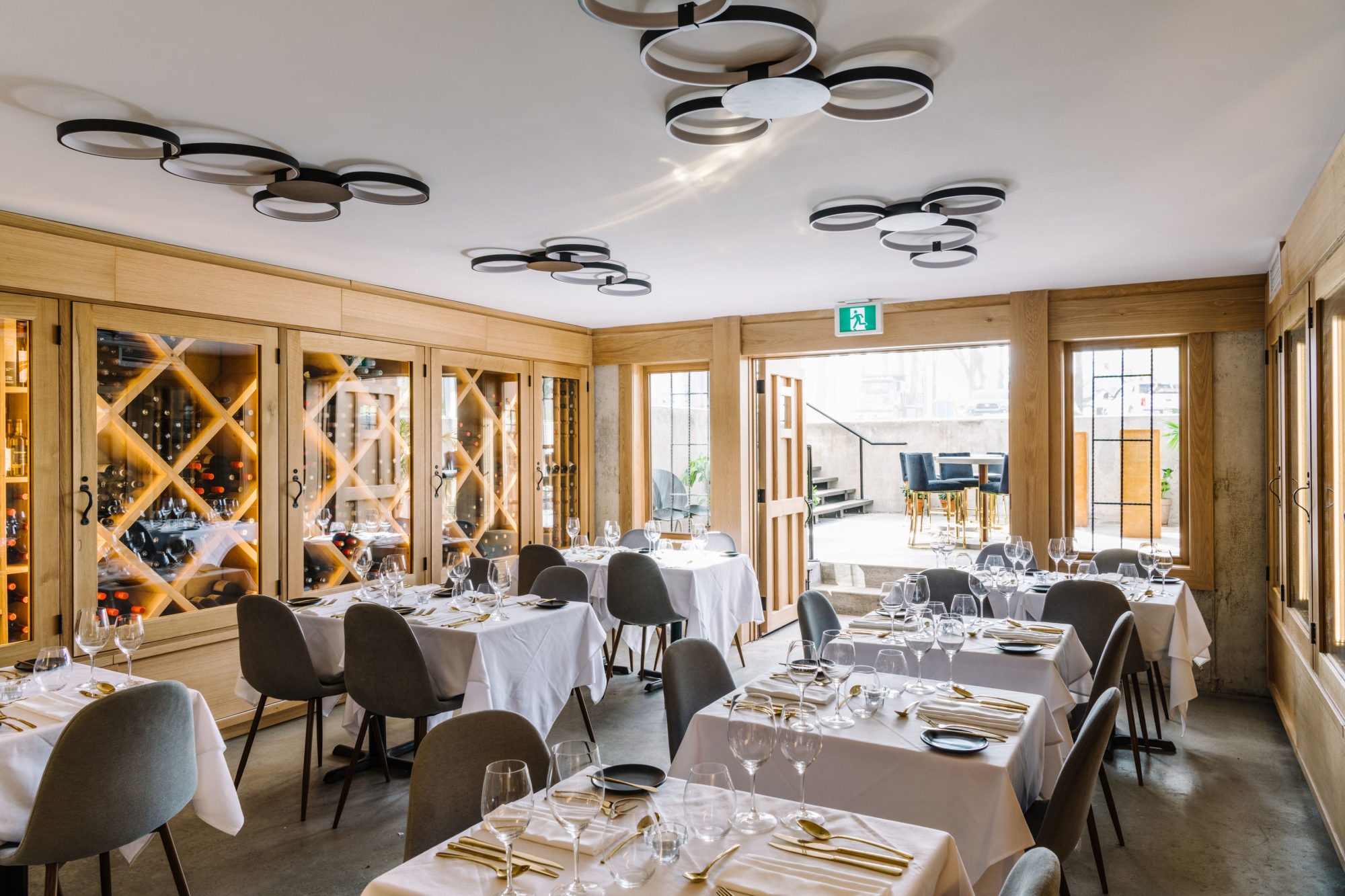 The restaurant opens onto this conservatory, with space for al fresco dinners: 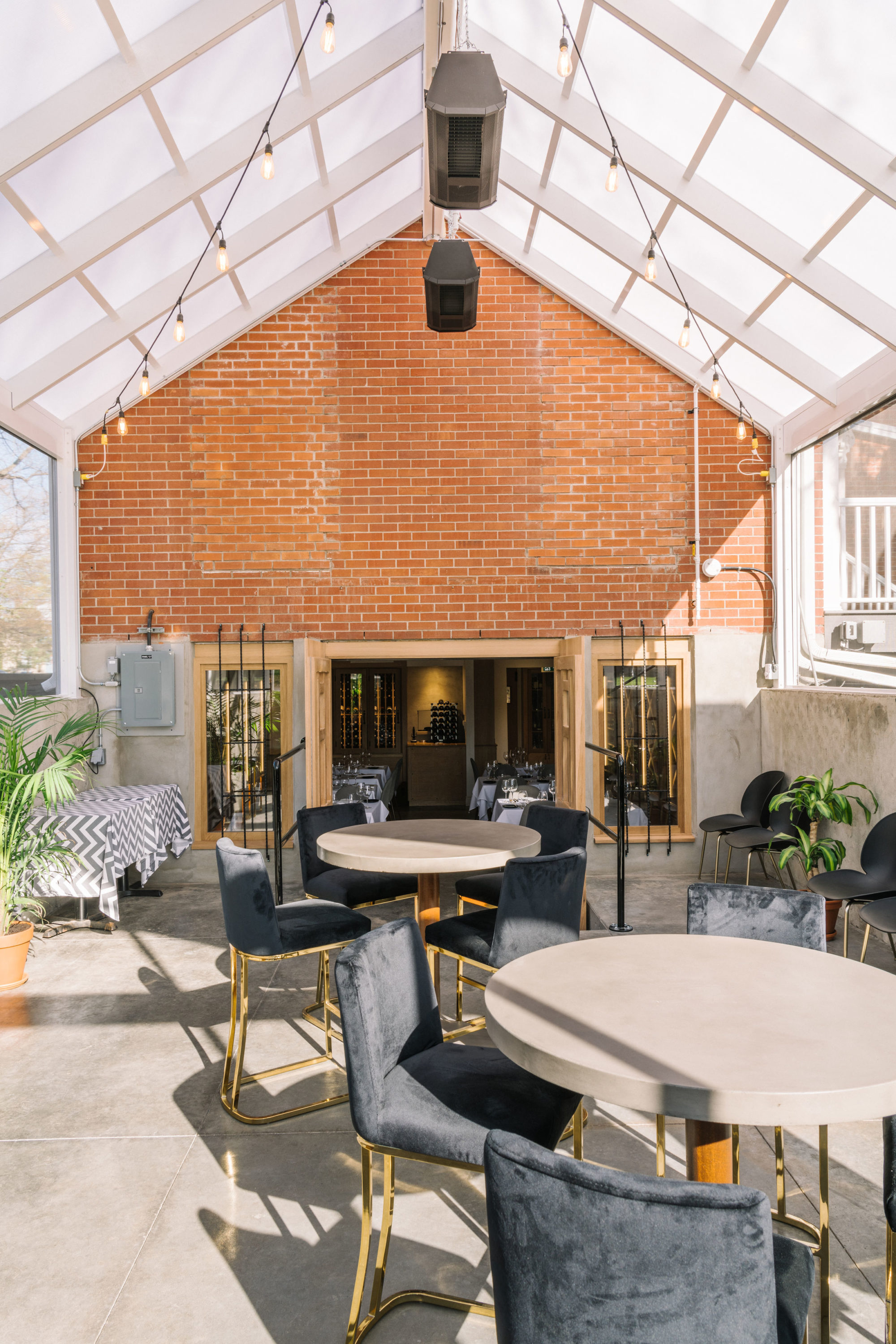 There’s also a sauna back here. “Merrill House is supposed to be an experience,” Martin says. “I want people to feel like they’re coming to a country house where they never have to leave the grounds.” 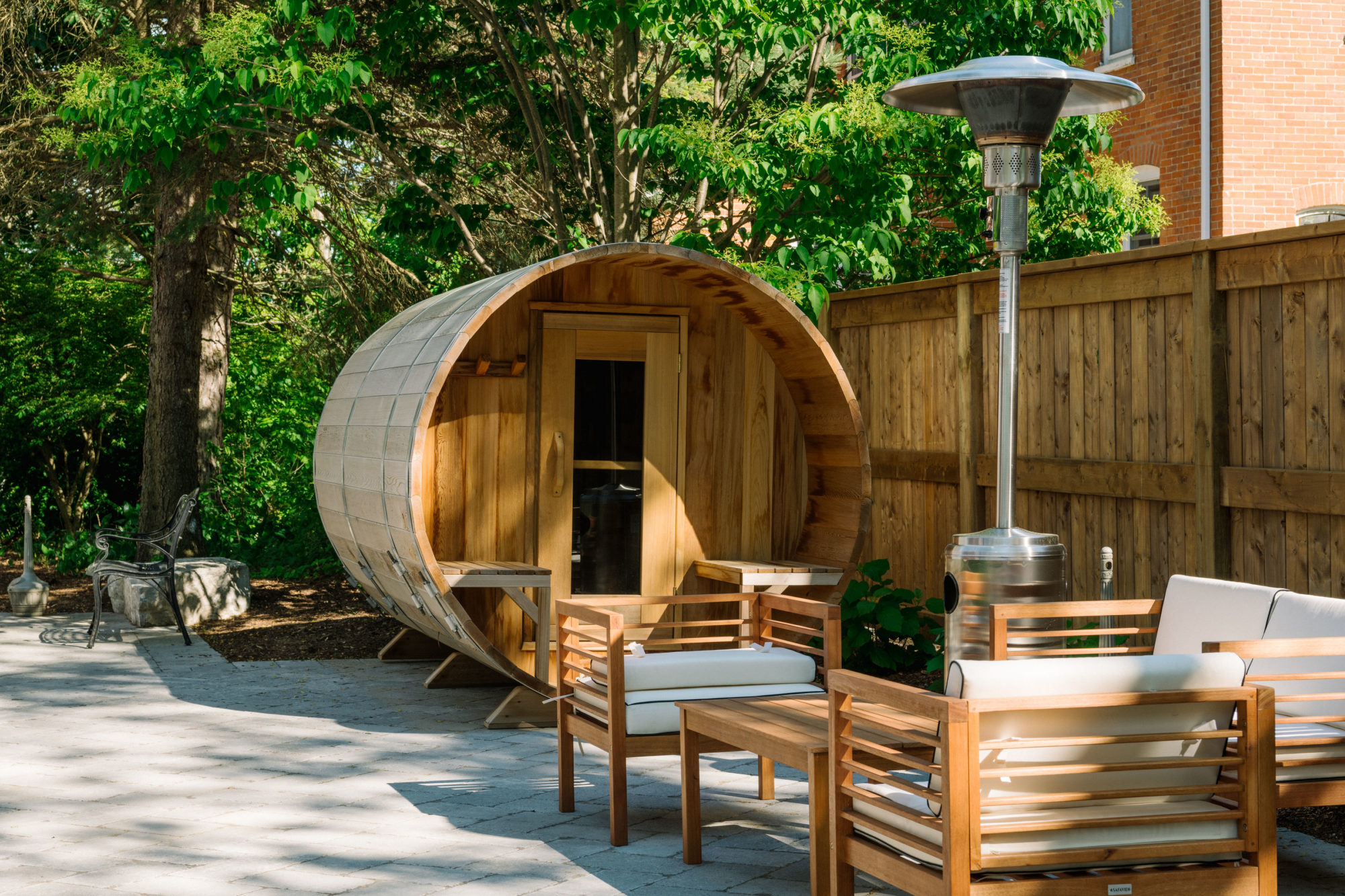