What: LoyaltyOne’s global headquarters
Where: The Globe and Mail Centre, on King Street East
How big: 200,000 square feet for 850 employees

The Globe and Mail Centre, the new office tower at King and Parliament, is more than just the newspaper’s headquarters; it’s also home to a number of other businesses, including LoyaltyOne, a data analytics company that designs and builds customer loyalty programs—Air Miles, for one.

The company hired Gensler, an architecture and design firm, to build an office space that would promote collaboration and physical movement, rather than sedentary, isolating labour. The resulting workplace, which LoyaltyOne took over in August 2017, sprawls across six storeys of floor-to-ceiling windows, putting greens, arcade games and other luxuries. There’s even an on-site massage therapist. But don’t expect to hang up any photos of your kids: there are no desk drawers or assigned seating. Employees have personal lockers, and there are some private phone rooms and “focus pods,” but people are otherwise encouraged to roam freely. Instead of cubicles, the office is full of plush lounges and window high-tops, with a number of small meeting rooms for group sessions. The focus on physical activity doesn’t end with the itinerant seating arrangements: there are showers for those commuting to work by bike, and early-morning yoga classes on three outdoor patios.

The Stadium Stair, in the atrium, is perfect for large gatherings, and it also makes an impressive sight for visitors entering the reception area: 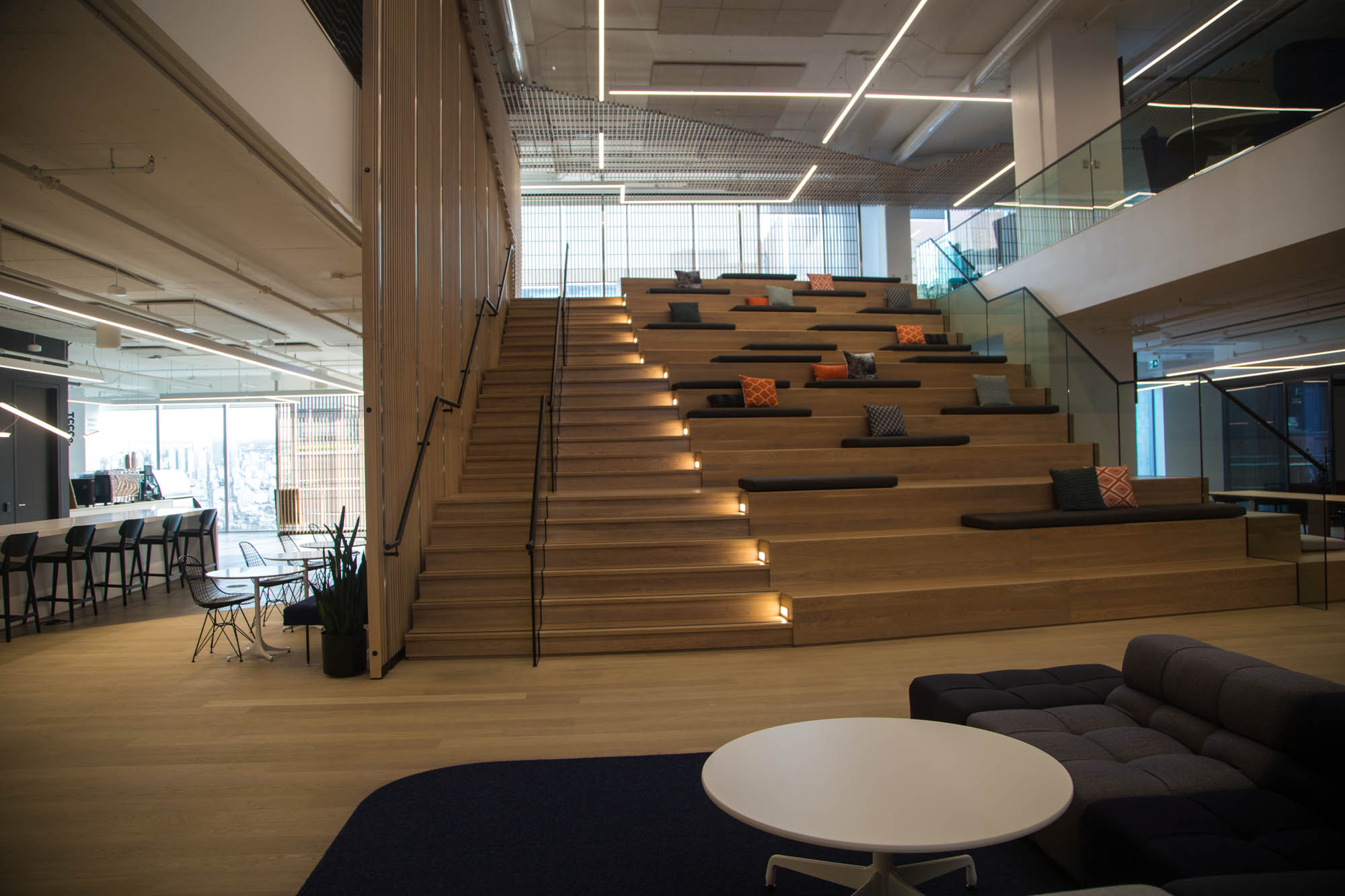 The space is full of comfy couches for employees to sprawl out on: 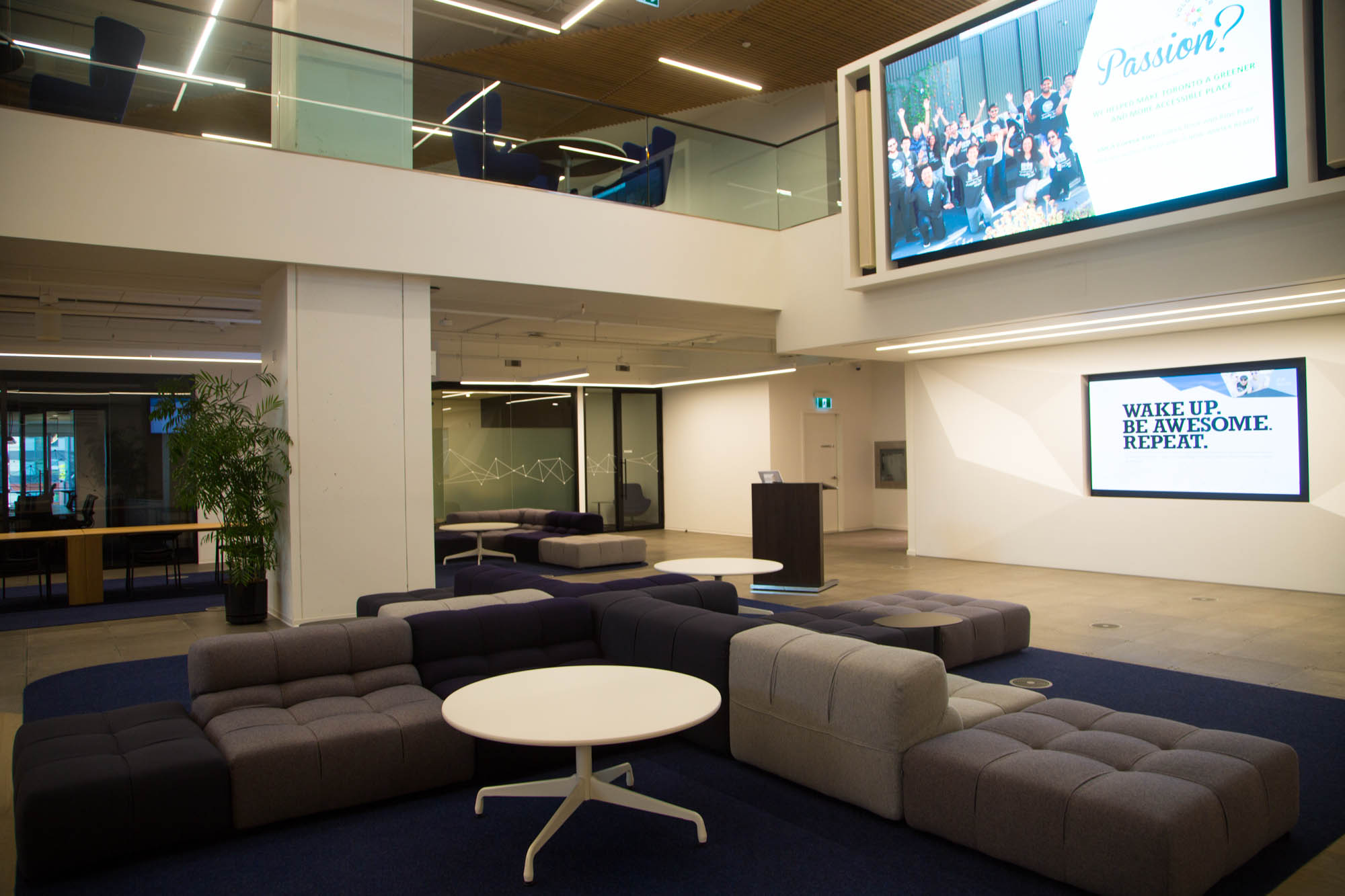 In addition to all the open space, the office has 86 meeting rooms equipped with the latest Cisco communications tech: 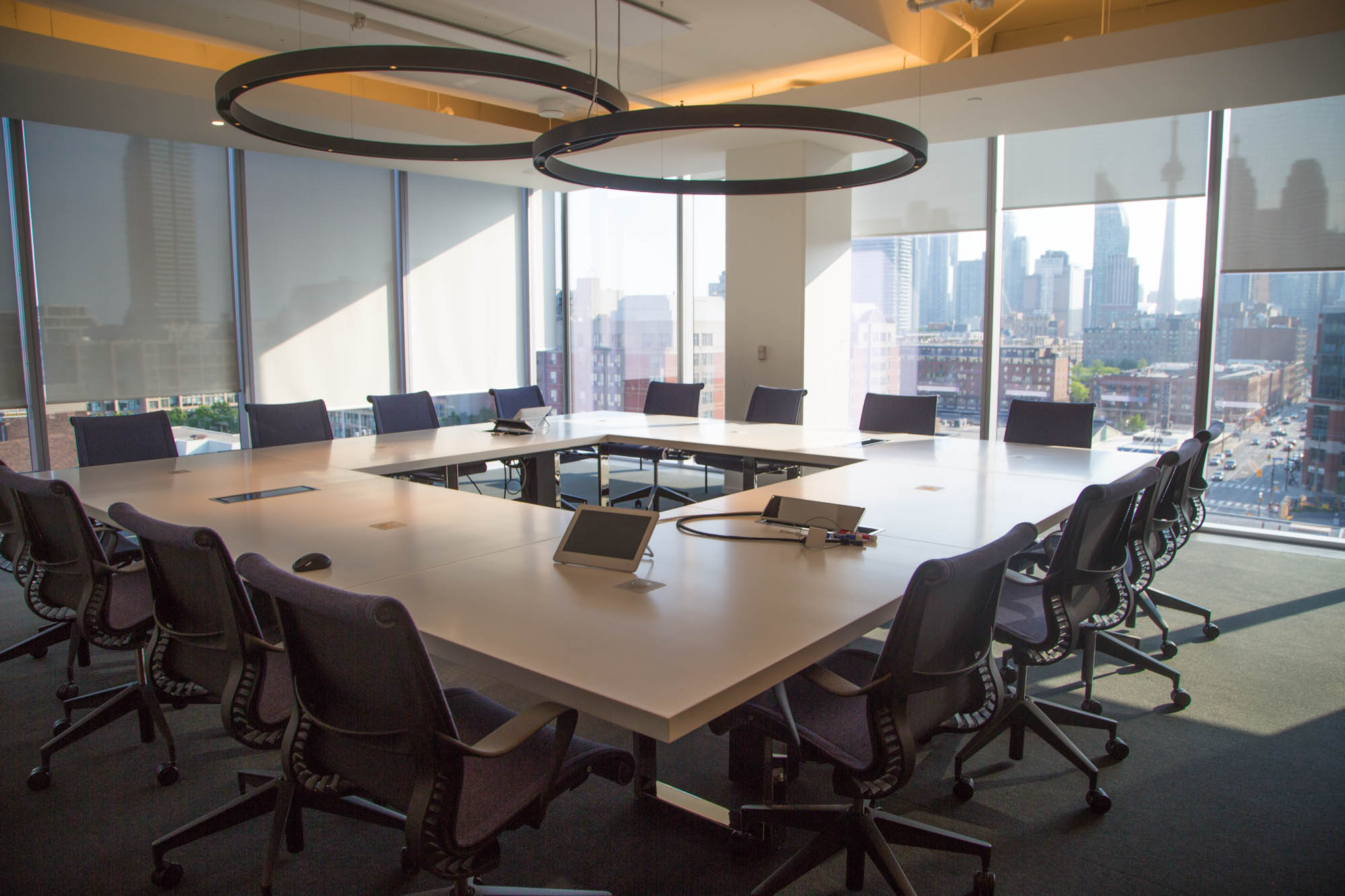 There are several in-office cafés, to keep everyone caffeinated and fed between meals: 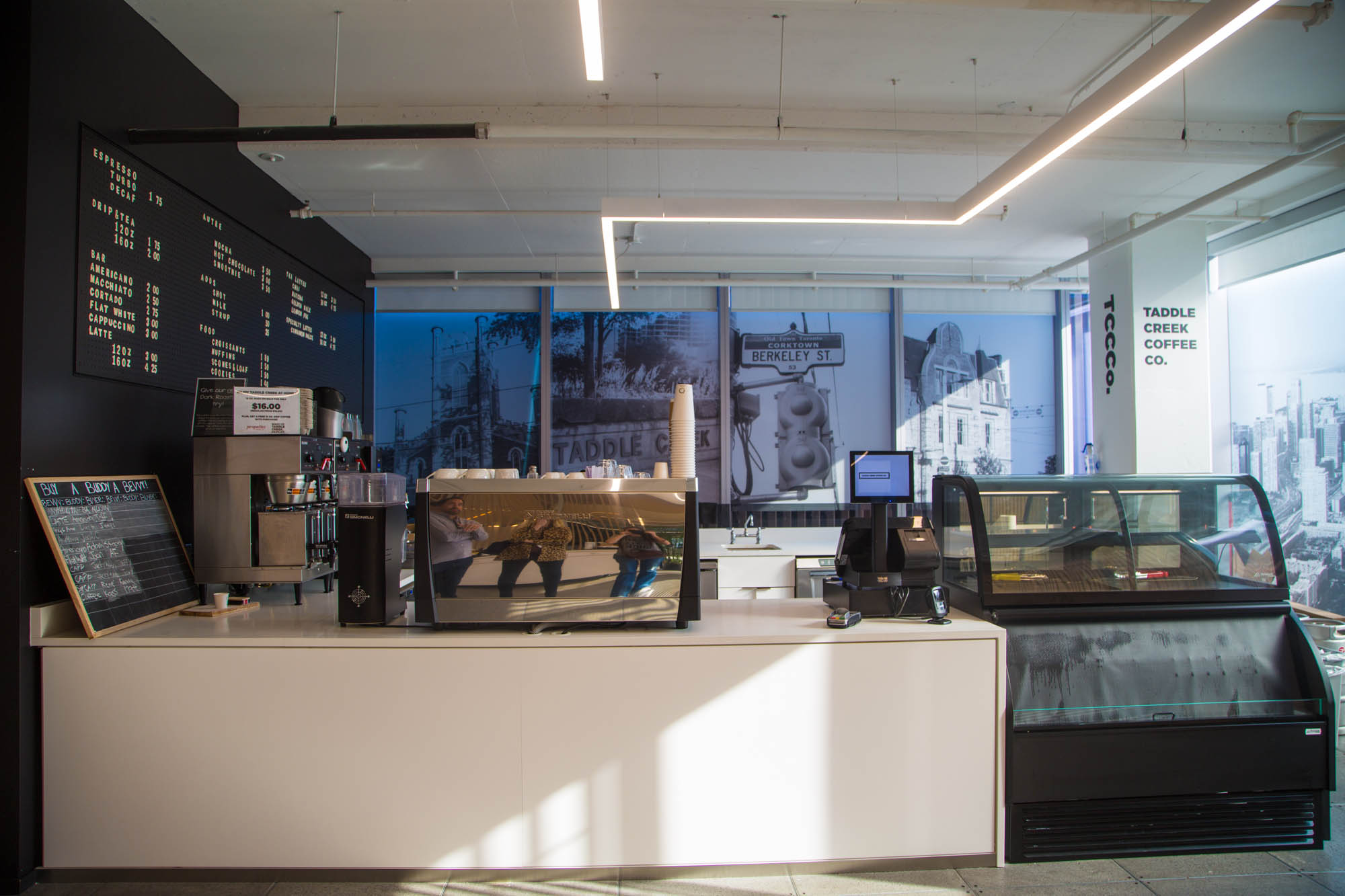 A lunch room has some inspirational wall art: 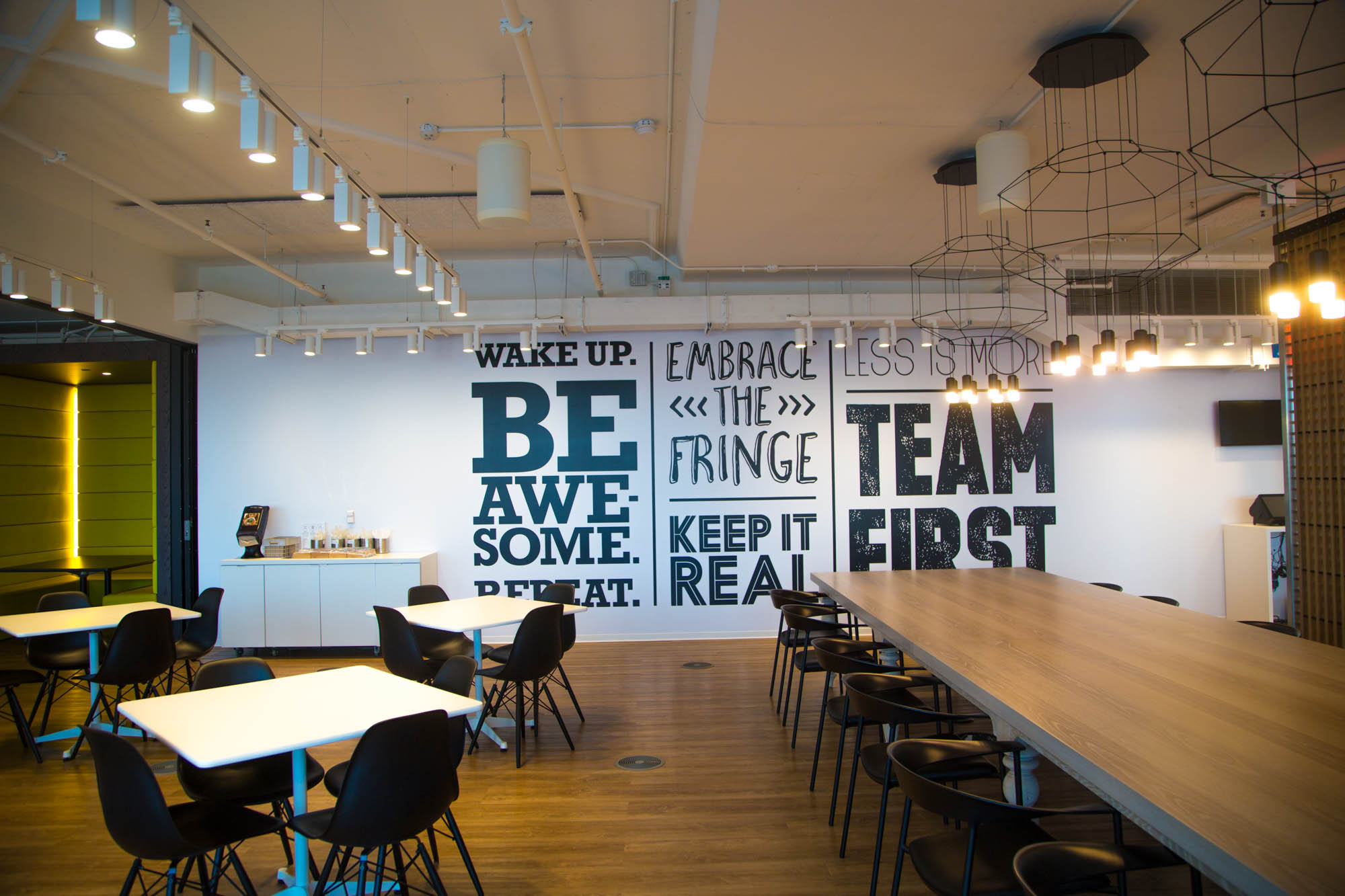 They won’t even look at your resume here if you can’t crack the high score list on Galaga. (Okay, we made that up.) 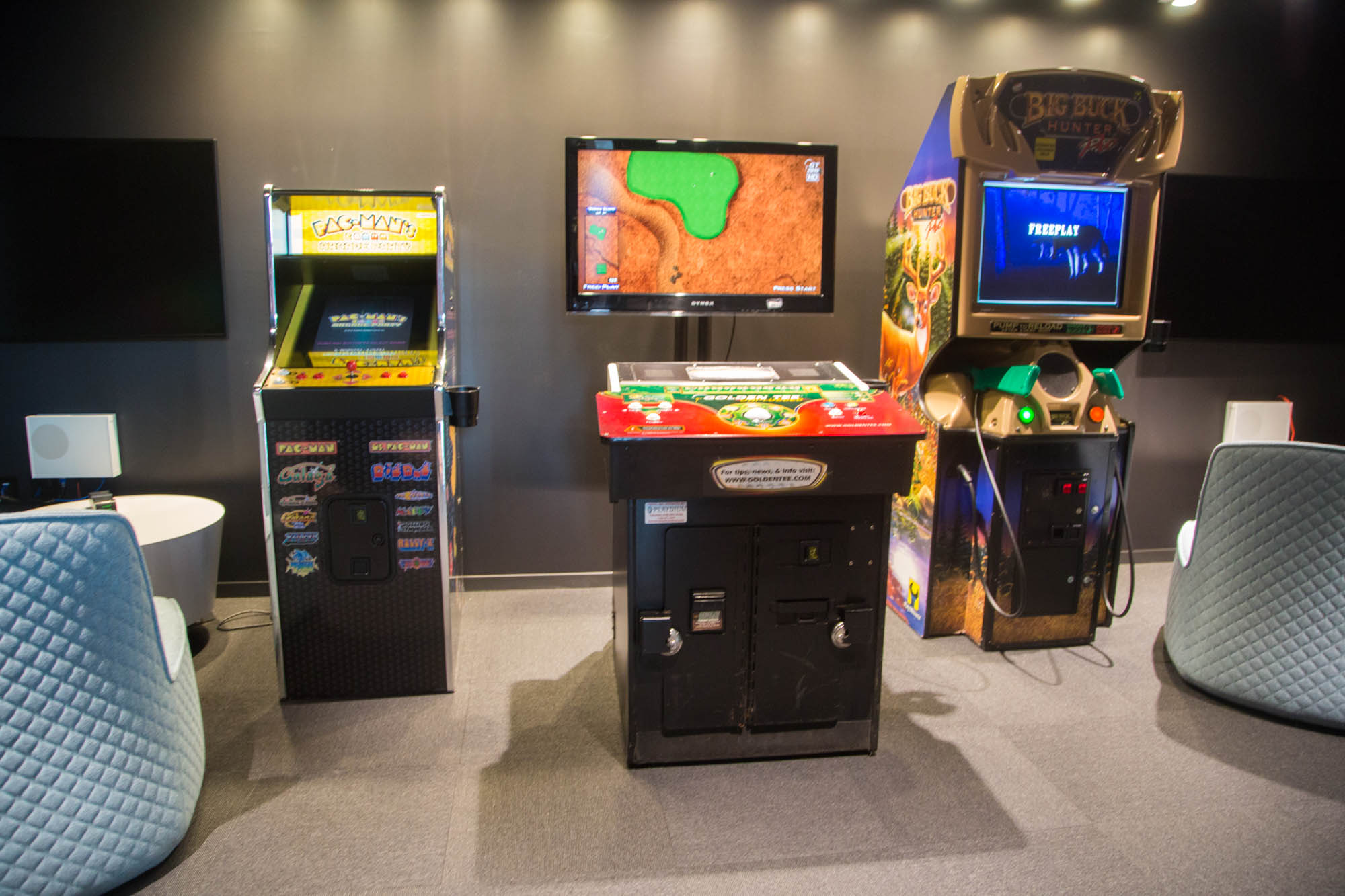 There’s no need to cut out early on Friday to hit the links. They’ve got a putting green on one of the patios: 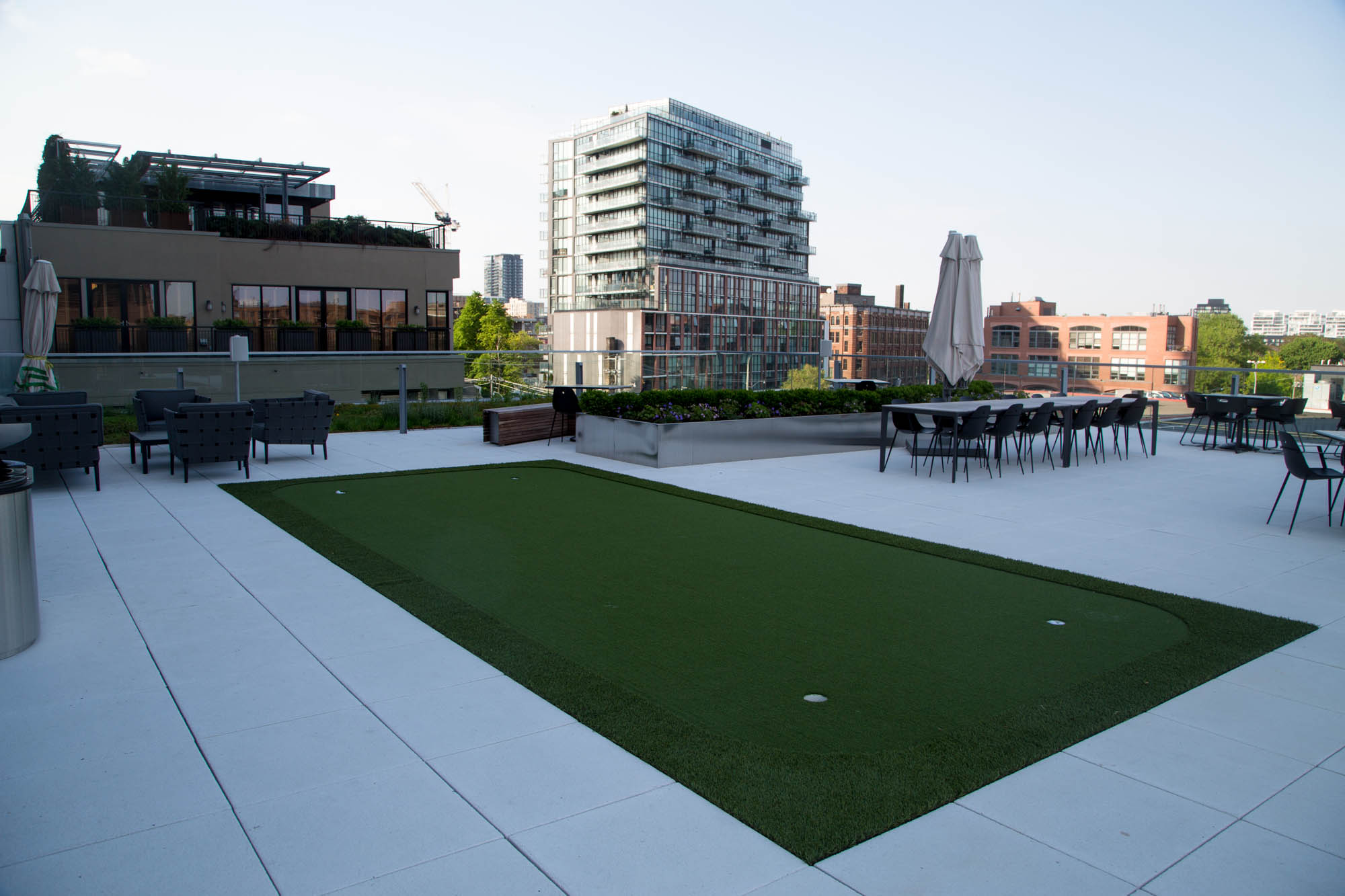 And why book a cruise when you can do all your shuffleboarding right here? 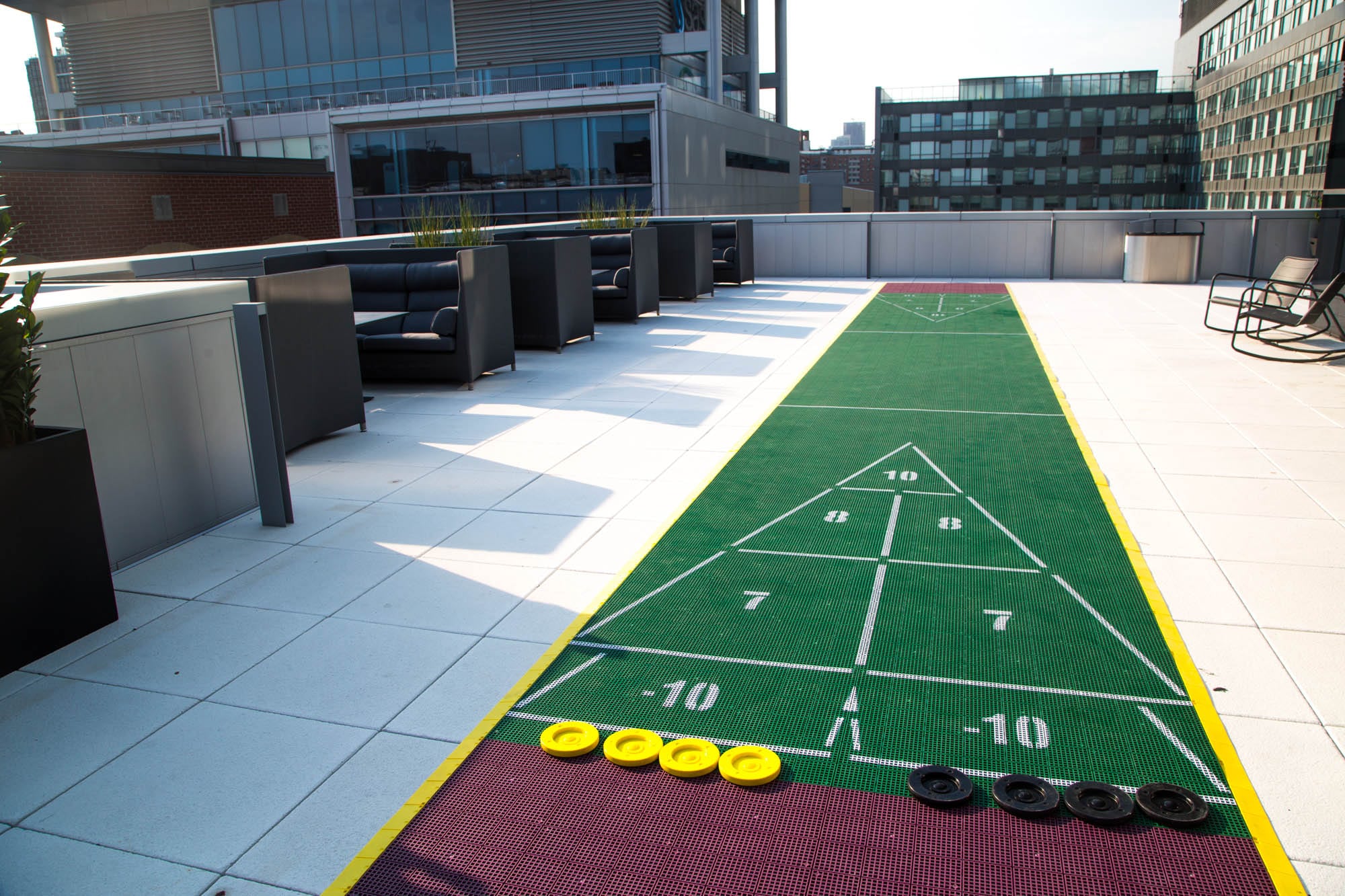 Employees who bike to work can hit the showers after: 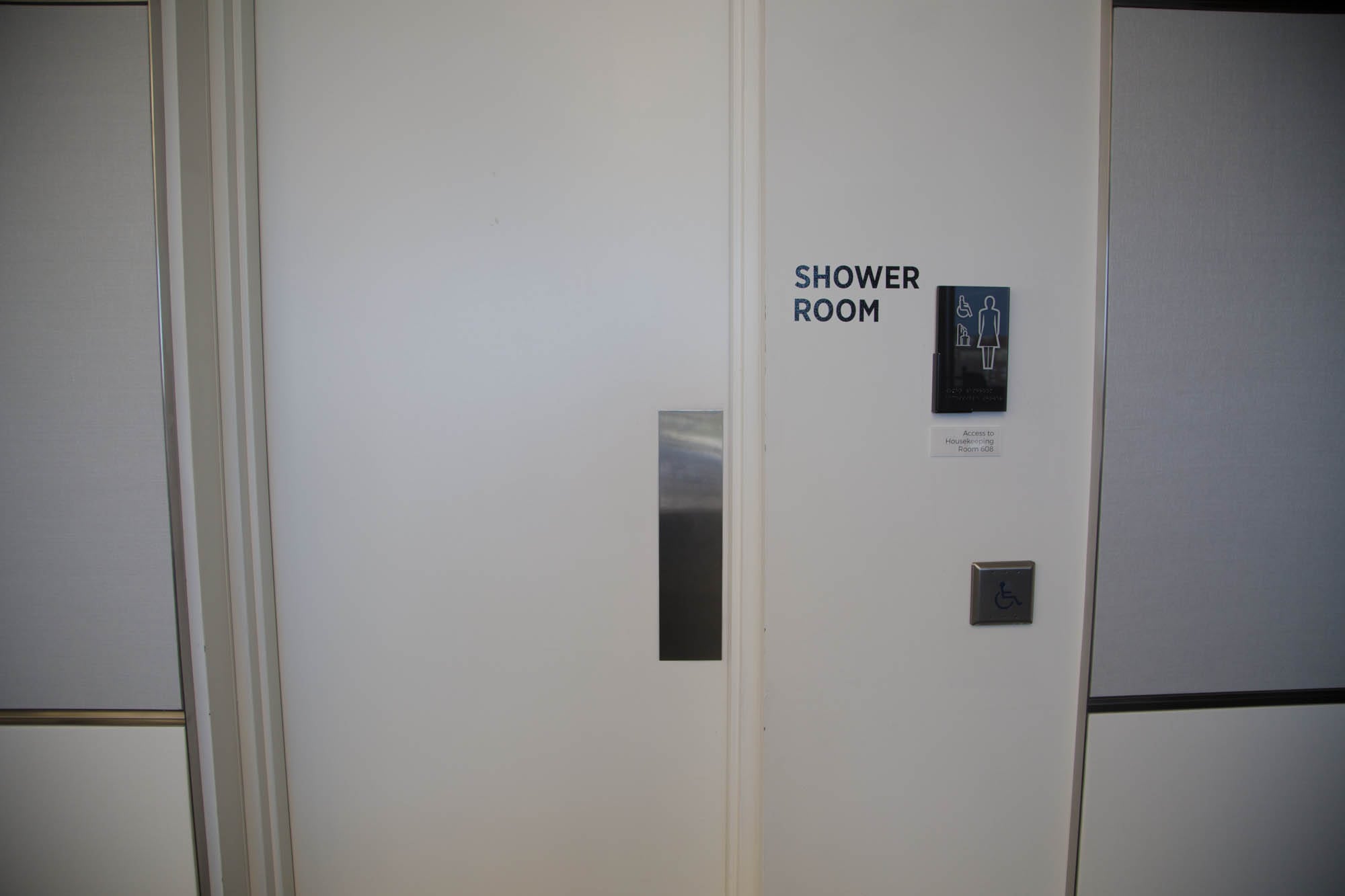