You can’t fire up a podcast these days without hearing a spot for Blue Apron, the recipe-kit startup that—so much for those promo codes—does not operate here. But Toronto has its own services that will drop boxes of ready-to-prep ingredients right at your doorstep. We’re cooking our way through them to find out how they work and, most importantly, taste. What comes in each box, and how much does it cost?

The Pronto Plan is HelloFresh’s standard three-meals-for-two-people box. That’s the configuration we’ve ordered from each service in this series, and they’ve all had a total cost of about $65. Which makes HelloFresh an outlier: the basic box will set you back a cool $79.99, or $13.33 per serving. If you’re cooking for four adults instead of two, the price ($139.99) comes down to $11.67 per meal. Four-portion Family Plan boxes, which include kid-friendly recipes that cut back on spicy ingredients, start at $10.83 per meal. Veggie Plan boxes are $12.33 per meal. But let’s return to the basic Pronto Plan box we ordered: it costs 20 percent more than the next-priciest pick, Chef’s Plate. What accounts for this? We’ll explore as we open the box. So that’s where some of that extra money goes: smart packaging. HelloFresh’s individual meal kits are packed in tidy, rectangular boxes that can be recycled and have a tidy footprint to save on fridge space. Another nice touch: the recipes arrive as a single pamphlet rather than individual recipe placards. In addition to the pre-portioned ingredients that every meal-kit delivery company specializes in, HelloFresh advertises pre-cut veggies in its boxes, which would also explain some of the service’s higher cost. Well, I’m no doctor, but these two squashes below are not pre-cut. It turns out, not all of HelloFresh’s vegetables come pre-cut, and for good reason: some vegetables are more likely to brown or otherwise head south once they’ve been cut. So while onions, carrots, sweet potatoes and broccoli are typically pre-cut, others, such as squash, are intentionally left whole. It makes perfect sense, and it’s not at all difficult to chop a squash. But a customer who believes he or she is paying a premium for pre-cut vegetables might wonder why some of the vegetables aren’t pre-cut.

Today, we’re making the Spring Veggie Pizzette with Basil Pesto and Grape Tomato Salad, because it sounds fresh and light and seasonal and, honestly, at almost $27 for two portions, it must be outstanding, right? (All of the recipes are available on HelloFresh’s website.)

So, the zucchini and yellow squash: now they’re chopped. We’re going to need this lemon juice to toss around with the tomatoes for our side salad, and we’ll sprinkle the lemon zest atop the pizzette. (Don’t tell anyone that we used a lime juicer.) Here’s our mise en place (not pictured: the pre-shredded mozzarella cheese). Now we’re ready to actually do the thing. A good pizzaiolo doesn’t use a rolling pin, but we’re going to cut this corner and not feel bad about it. Once the dough is nice and crisp, the pesto goes on … … followed by the mozzarella and lemon zest. Now, throw it back in the oven for a few minutes. While it’s finishing, toss together the grape tomatoes with the lemon juice, herb blend  and parsley. And when that’s done, you’ve got yourself a fresh pizza (err, pizzette) with a nice side salad. It was savoury, light and fresh, and had me wondering why I don’t use pesto as a pizza base more often. As a full meal, however, and a pricey one at that, it could have used some extra flourishes: some fresh bocconcini instead of crumbles, or some fancy finishing oil or Maldon salt.

HelloFresh is priced as a premium product that, based on our box, is certainly comparable but not noticeably superior to less-expensive options such as Chef’s Plate and Goodfood. A HelloFresh spokesperson explained its higher price by pointing to its premium antibiotic- and hormone-free Canadian meats, sustainable seafood, recyclable packaging, pre-chopped (in some cases) ingredients and rigorous recipe testing—benefits that are also touted by other meal delivery kits.

When you order one of these meal-kit boxes, the price isn’t necessarily distributed evenly across all three meals. If one of the meals features steak or fish, that relative splurge is going to be compensated for elsewhere on the ingredient list, perhaps with one vegetarian meal that’s mostly rice and vegetables…or a squash pizzette. That’s understandable. But the other two recipes in our HelloFresh Box featured pork tenderloin and chicken breast, which aren’t such showstoppers that the need to cut corners on the third recipe is obvious. And for the premium HelloFresh charges, why cut corners anywhere?

Order this box if

Packaging means everything to you. This is the one area where HelloFresh really excels. But for most consumers, the same cooking experience is available for about $15 less from one of the other meal-kit companies in town. 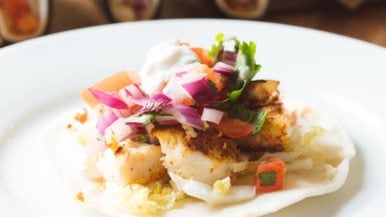 We tested five different meal-kit delivery services. Here’s how they stack up 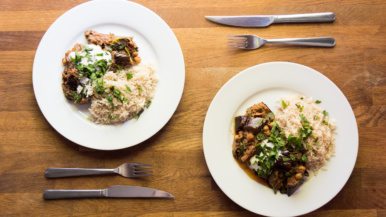 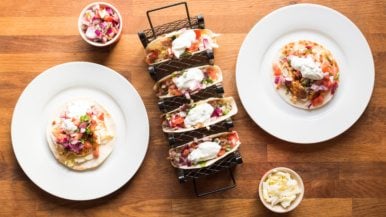