A Toronto start-up called Province Brands has created the world’s first beer brewed from cannabis—an alcohol-free beverage that will give drinkers a different kind of buzz. Dooma Wendschuh is the American entrepreneur behind the product. Here, he talks to Toronto Life about the potency of pot beer, his passion for harm reduction and why he’ll be drinking Champagne on October 17th.

Two years ago you relocated from the States to Toronto. Was creating the world’s first cannabis beer the reason for the move?

We don’t actually call ourselves the world’s first cannabis beer—there are already plenty of cannabis-infused beers and beverages. What we are is the first beer in the world brewed from cannabis. I actually spent seven years living in Montreal when I was working in the video game industry, but in 2014 I sold my shares in that company and moved to Colorado to get into cannabis. At the time it didn’t seem like recreational legalization was going to happen any time soon in Canada. When it did, though, I pretty much packed my bags and came straight to Toronto.

Why move out of video games to get into weed? Weren’t you living out the high school stoner’s fantasy?

It’s true. I say I used to make the games that people played when they smoke weed, and now I make the weed that people smoke when they play video games. I guess the best way to explain it is that I think a lot about legacy, what I’m going to leave behind. Two hundred years from now I don’t think anyone’s going to remember Assassin’s Creed, which is probably the most famous game I was involved with, but if people can be consuming a healthier and safer alternative to alcohol, that could have a lasting impact.

No. When I was working in the video game industry, a lot of deals were signed over drinks. And I don’t know if I would have ever had the courage to propose to my wife if it weren’t for alcohol. I can see its benefits, but try telling that to someone who has lost a loved one to a drunk driving accident or to alcohol-related cancer.

Are there not health concerns around cannabis? As cannabis becomes more mainstream, won’t stoned driving be a safety issue just like drunk driving?

The point is that if you’re going to consume a psychoactive substance, it is a much less harmful one than alcohol. I’m not going to say on the record that it’s less dangerous when you drive a vehicle stoned, because you should never drive a vehicle under the influence of any cannabis or alcohol, but it is generally less harmful than alcohol in almost every way possible.

You mentioned that there are already cannabis-infused beverages and even beers. How is yours different?

Our products will be more sophisticated than the marijuana-infused beverages that are currently on the market. A lot of them are basically like soda pop—they contain tons of sugar to mask the unpleasant flavour. What we’re creating is an entire brewing tradition that ferments the cannabis plant to create a fantastic tasting beer. Think about a single malt scotch versus a blended whisky. Chemically they’re almost identical, but people are willing to pay more for one than the other. It’s the craftsmanship, the process, the quality of ingredients.

Should we be preparing for a premium price tag?

I honestly don’t know yet. The pricing models for cannabis beverages that are currently on the market don’t make a lot of sense. So we’re looking into it. I can say that as a premium product, we’re not going to be the cheapest option.

Pot-flavoured beer doesn’t sound terribly appetizing. Can you sell me on the taste?

I don’t know if I have to because the market has already spoken. There are already a lot of hemp beers on the market, which means the same flavour but without the psychoactive properties. People like that flavour. It’s nutty, it’s dry, it’s not nearly as sweet as most beers. It took us some time to get there. When we started meeting with the top master brewers in the world we were laughed out of so many meeting rooms. We eventually found someone willing to try, but it tasted horrible—like rotten broccoli. It was completely undrinkable. There were a few other iterations until I remembered Grist Brewing Company in Colorado—they make the most inventive beers. The brewer has his PhD in chemistry, so he knew exactly what we needed to do.

How potent is your beer on a scale from light buzz to baked-out-of-your-mind?

The beers are designed to have a potency similar to having one alcoholic drink. That’s assuming you are a person who has consumed cannabis before. If it’s your first time, just like the first time you drink alcohol, it’s going to hit you pretty hard. But it’s really not very strong at all. It’s designed to be sessionable, so you can consume several over the course of a night.

Cannabis connoisseurs make a big distinction between the high you get from a joint versus edibles. How will this compare?

The sensation is more like smoking cannabis than using edibles—it isn’t a full-body high.

Is hallucinating a possibility?

I think maybe if you chug the whole six-pack really fast, that would be possible. Or maybe it would take two six-packs.

That person is probably sleeping.

Canada has been a nation of beer drinkers forever. Is there something sacrilegious about messing with our national beverage?

I think right now Canada is more associated with marijuana than beer. In terms of the heritage, that’s something we want to embrace. We want to glorify the Canadian history of making beer and the spirit of adventure.

October 17 is fast approaching. I guess I don’t have to ask what you’ll be toasting with.

Actually, I will be toasting the day with a nice glass of champagne—our products won’t be legal until October 2019 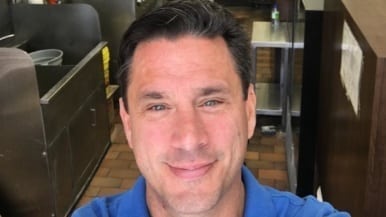 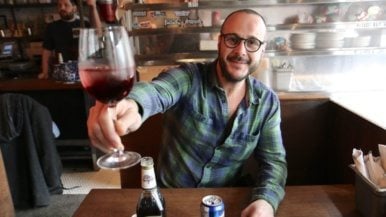 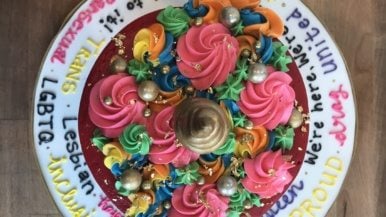