Tucked away on a quiet dead-end street in Hamilton, Karma Candy has been churning out sweets every day for almost 50 years—chocolate bunnies, chocolate eggs, chocolate hearts, lollipops and a hell of a lot of candy canes. They’re currently the only company in Canada producing the sugary Christmas staple. We got to watch them make their last batch of the year. It all starts with liquid sucrose and liquid glucose that come in 20,000-kilo tankers. They’re first pumped into holding tanks on the main floor, and then upstairs to the mixing tank. The two tanks above are the cookers, where the candy is boiled until it reaches a temperature of 110 degrees Celsius. After the candy is cooked, it goes through a vacuum system to remove excess water, and then into a copper kettle. Here it is being poured from the kettle. A conveyor belt moves it to the first work station—the whole mass weighs around 75 kilos, and it’s very, very hot. On the cooling tables, staff cut the mass into four smaller pieces using shears. This way the candy’s much easier to manage, and it will cool faster. Once the slabs of candy start to harden, they’re put into the kneader where they will become one big mass again. Then it goes through the pull machine. This process aerates the candy, which in turn makes it white. Some candy companies add titanium dioxide to make their candy canes white, but Karma Candy does it the natural way by simply adding air. This is also the stage where flavour—peppermint in this case—is added to the candy. It’s potent stuff, but it’s all-natural. Here, a staff member preps the candy mass that will become the stripe. These tables are heated so the candy remains malleable. The stripe is placed under the white mass and then carried over to the batch roller, where it will start to take shape. The batch roller’s twist belt is what gives the candy cane its barber pole–like stripe. At this point it looks like one giant cane, but as gravity pulls the candy down the belt, it starts to get thinner. The candy cane’s diameter can be changed by adjusting theses sizers. Here, two steel rollers cut the candy canes to the desired length. Then, they’re individually wrapped and given their signature hook. The fully formed and wrapped candy canes are sent down a conveyor belt to be picked and packed. They’re cooled as they go—you can feel the temperature drop as you move down the belt. Each of these belts shoots out 160 candy canes per minute. During the high season of candy-cane making (March to November) all of the factory’s 10 belts are in operation—five dedicated to mini canes (the ones Santa gives out) and the rest to various sizes. This “vision system” acts as quality control. If a candy cane is too long, too short or cracked, the robots won’t pick it up—it will go straight down to the end of the belt, where a staff member will decide if it’s good enough to be packed. Some of the unusable ones are crushed and sold as sprinkles. Robots assemble boxes, and down the line, other robots pick up two candy canes at a time and fit them in a box. Up until about six years ago, the candy canes were all packed by hand. After a quick vacuum seal, the boxes of candy canes are ready to be shipped. From now until Dec. 23, members of the public can visit Karma Candy’s store for their Christmas sale. See their Facebook page for hours. 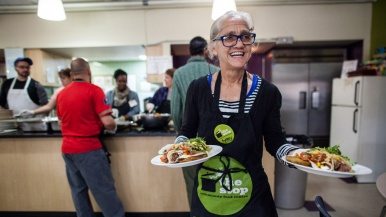 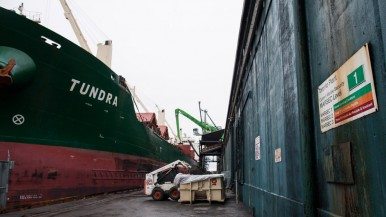 How Redpath refines a shipload of raw sugar 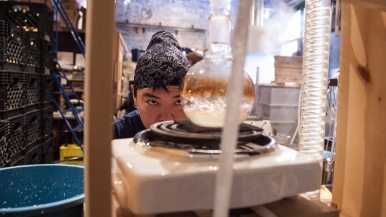 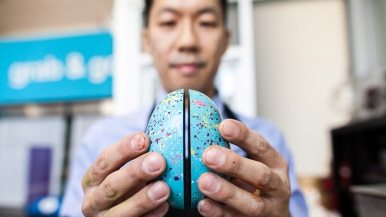 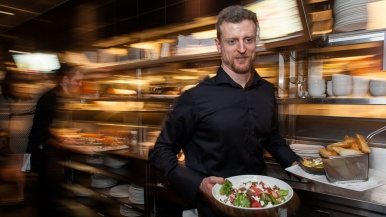 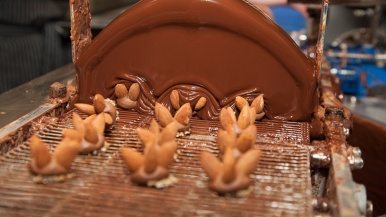 How do you turn raw cocoa beans into picture-perfect truffles?