The Marinara Boys are a group of restaurateur friends who make up a chunk of Toronto’s Italian food scene: Conor Joerin (Sugo and Conzo Pizzeria), Leo Baldassare (Famiglia Baldassarre), Nick Genova and James Carnevale (Bar Ape Gelato) and Rosario Salvi (Sovereign Cafe). Since the pandemic hit, they’ve served more than 3,200 meals to front-line health care workers and other people in need. Here, Joerin tells us about their new initiative. 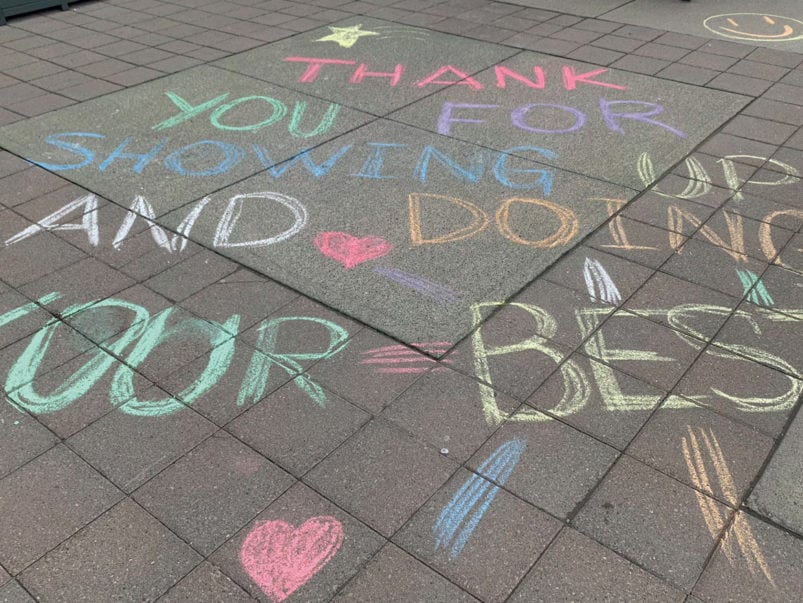 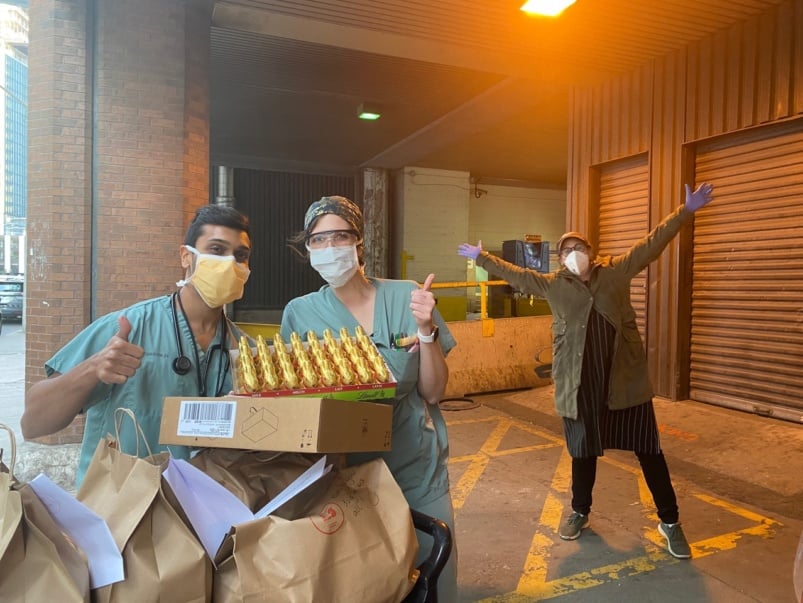 The Marinara Boys started out as a group chat between friends—we used it to organize a pizza-eating tour of New York last February. We’re just a bunch of guys with a common interest in food. Most of us grew up in Toronto’s west end, and we all own restaurants or food shops in the city. We made a Marinara Boys Instagram page at one point, but it was all just for fun in the beginning—we didn’t know what it would end up becoming.

When the pandemic hit, we were all caught off guard. At my restaurants, Sugo and Conzo Pizzeria, the last day of service was March 14—the day after the Canadian government warned citizens to stop all non-essential travel and to stock up on supplies. Our immediate reaction was to shut everything down. I have a lot of at-risk friends, including one who is missing a lung, and I didn’t think staying open was worth the risk to the community.

But then I realized I had fully prepped and stocked walk-in fridges for two restaurants—I didn’t want all that food to go to waste. I sent my staff home and I started cooking for homeless shelters, food banks and local churches. A few days later, I posted a picture of a full takeout bag with the caption “If anyone knows of someone in need of food supplies, please reach out and we can organize a delivery free of charge.” Besides shelters and food banks, about 24 people—many of them single mothers—responded to me, asking for help. Giving back was already part of our business culture—we do a ton of work with hospitals and charities, including Chefs with Hart and Set Sail for Hope. I’m really lucky that my business partners share the same philosophy as me, and that they feel good about donating their money and time for good causes.

On March 18, SickKids sent a message to Sugo’s Instagram account, and the following day a representative from St. Joseph’s contacted me. They both told me that staff morale was very low, and asked if I could help. I prepared and delivered a ton of food to them: rigatoni, caesar salad and tiramisu. Everyone was so grateful. Up until that point, I’d been cooking and delivering all the food pretty much by myself—I was exhausted. So I reached out to Leo and James and asked for help.

We decided to set up a GoFundMe page under the Marinara Boys name. The Bar Ape guys took that part on, since they’re pretty tech savvy. After just a couple of days, we raised $10,000. We temporarily stopped taking donations and just cooked through the money we had received; ramping up deliveries with a huge focus on front-line health care workers. My understanding of what a front-line worker is has shifted so much in the past few weeks—they’re not just the ones wearing scrubs.

When it comes to the food we’re serving, we’re not cutting any corners. I get so many messages from front-line workers telling me how they’re working double shifts living off McDonald’s and Tim Hortons, and how they’d kill for a bowl of rigatoni instead. So we’re staying true to our culture and values when it comes to food: Leo’s making the same fresh pasta he makes for his restaurant, we’re using quality burrata cheese and I’m making Sugo’s tiramisu. We delivered a ton of homemade lemon bars for the staff at SickKids the other day, and everyone was so grateful. These people need a morale boost and good food in their stomachs right now.

Last week, we reopened the GoFundMe page. The plan is to keep going for as long as we can while the pandemic keeps our dining rooms closed, but we would like to continue the initiative, even when we’re allowed to open our restaurants again. It just won’t be as often—maybe a delivery every couple of weeks, or once a month. I’m worried about my restaurants, especially if they need to stay closed for another couple of months. I just started offering delivery from Sugo. I didn’t want to, but we’ll definitely have to close if we don’t have some sort of income coming in. The relief packages being offered by the government are mostly loans and deferrals, which will just put me and a lot of other small-business owners in debt. Some landmark restaurants are already shutting their doors for good—just look at Vesuvio’s. It’s such a shame, since all the big-box chains will probably make it through this and open up A&Ws where places like Sugo used to be.

My business partner Alex and I are used to hugging people, giving them high fives. We have to spread the love in other ways now. I think if everyone focuses on what they can do—like the distilleries making hand sanitizer and people sewing masks—we can change the narrative. We should think globally, but also act locally and help the people around us. The bigger picture to me is the environment—our broken food system and how we treat the planet. We’re at a crucial tipping point. But for now, we have to focus on how we can help our own communities—which for me means feeding people in need.