While most people can get away with a basic card-and-flowers combo on Mother’s Day, Father’s Day is slightly less straightforward. To help those debating between golf balls and barbecue utensils, we came up with some tokens of appreciation Dad can crack open and actually enjoy on his special day (hint: they’re all booze-related). 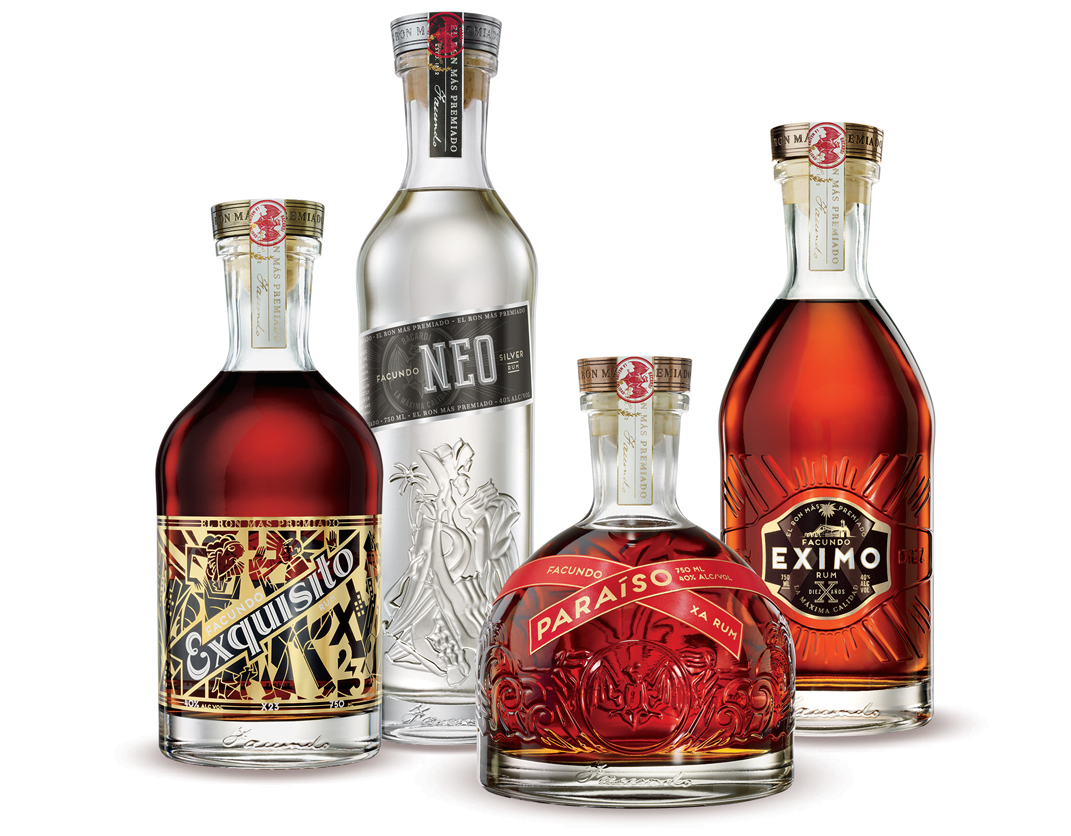 Rum is the latest spirit to get a classy makeover, and Bacardi’s Facundo Rum Collection is the most sophisticated out there. Each of the four bottles in the collection was made from 300 of the finest blends found in the Bacardi family’s own private rum reserves, and they have rich, complex flavour profiles designed to be sipped on their own or within elevated cocktails.. The collection launches this month in the LCBO, so Dad probably won’t have tried it yet. $45–$400, lcbo.com. 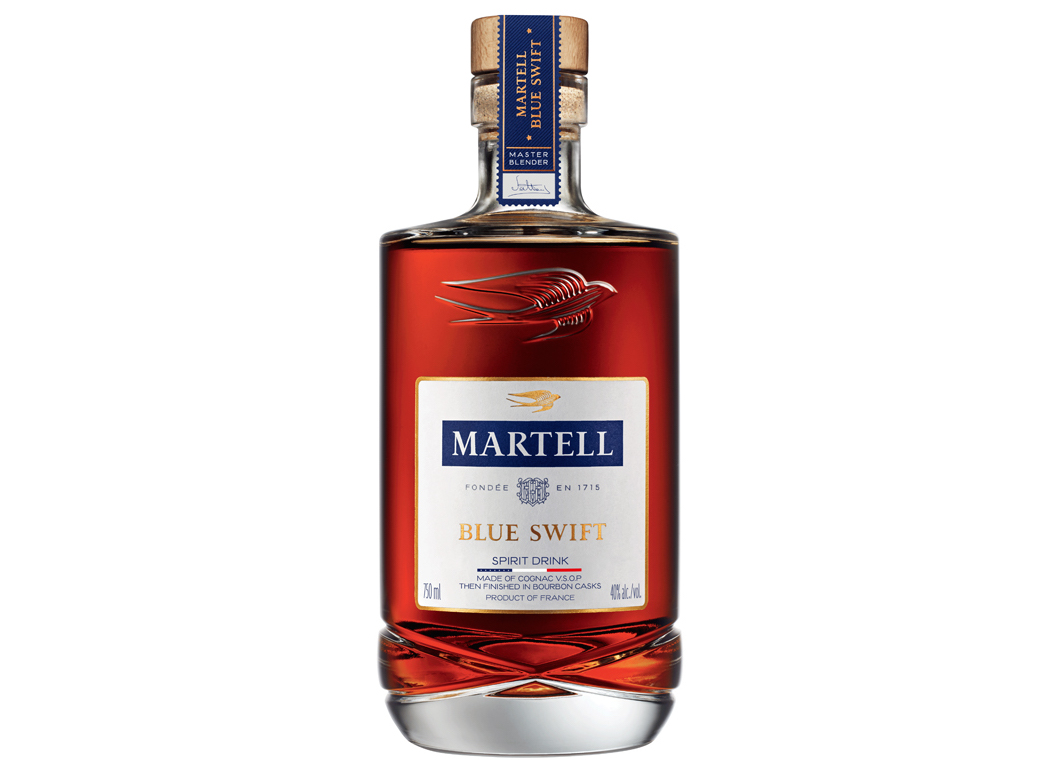 Nothing says special occasions like a bottle of Blue Swift.  Martell’s spirit drink is the first of its kind, finished in bourbon casks (instead of oak barrels). The result is an extraordinarily smooth taste: Dads will pick up Martell’s signature notes of candied fruit and plum, complemented by a subtle sweetness of vanilla and toasted oak. It tastes amazing over ice, served neat or as a key ingredient in a custom cocktail—and it’s an excellent choice for any dad who likes a nightcap and intellectual conversations after dinner. $114, lcbo.com. 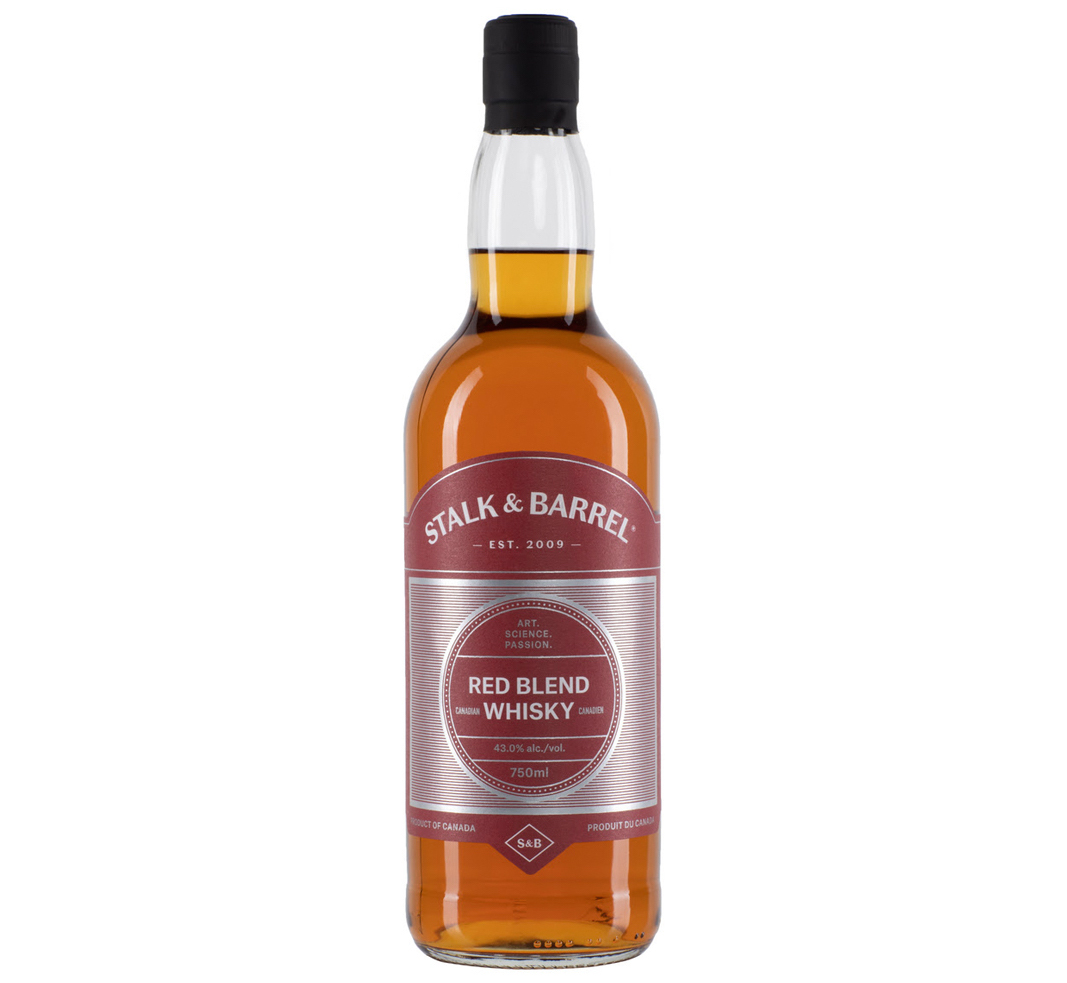 For dads who like to support locally made goods, this whiskey is as Canadian as they come. Still Waters Distillery was Ontario’s first micro-distillery when it opened a decade ago just north of Toronto. They launched their Red Blend Whisky in 2016, and it has remained a go-to for local whiskey lovers ever since. It’s made up of aged single malt and rye, combined with casks of aged corn for a wonderfully earthy and full-bodied tasting experience. $35, stillwatersdistillery.com. 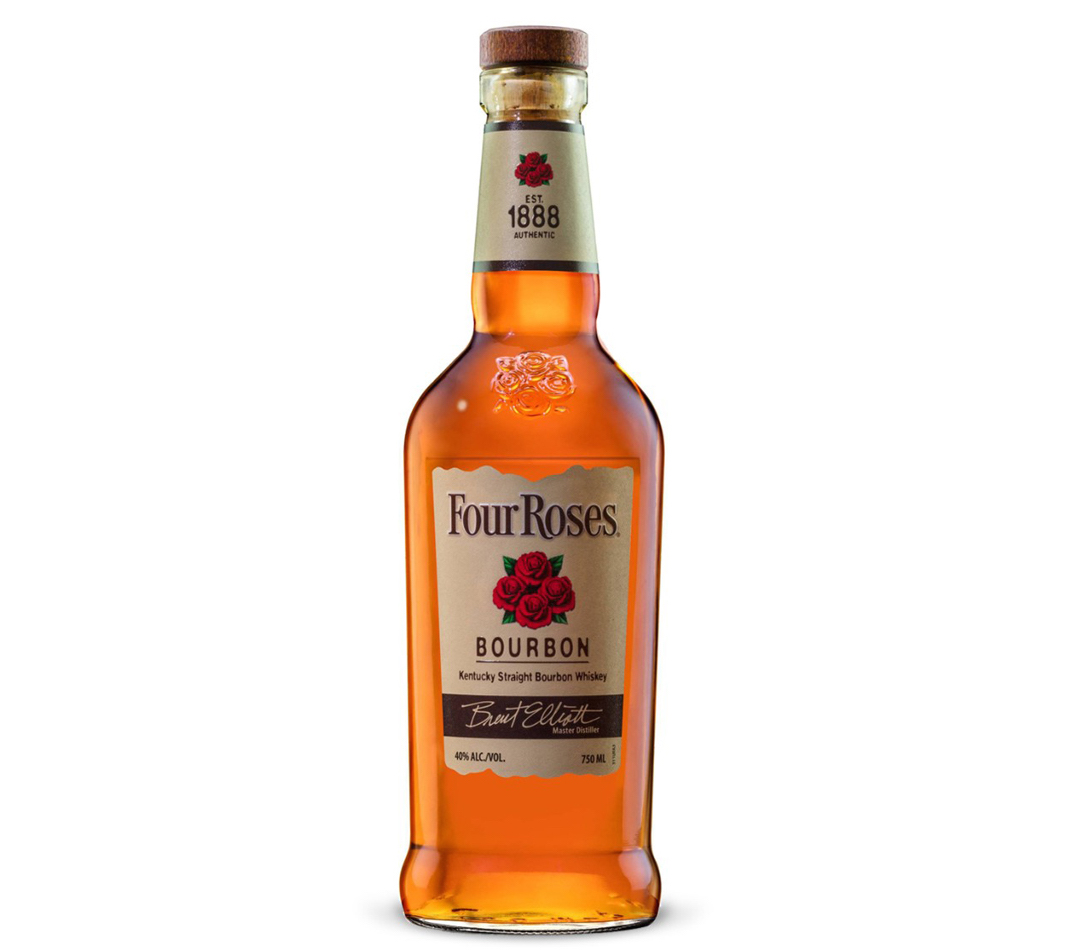 Four Roses Bourbon was founded in Kentucky in 1884 by a man named Paul Jones Jr. He named the spirit after his longtime crush, who wore a corsage of four red roses to the ball where they met. Four Roses is the brand’s classic blend, and it’s been regularly winning awards since it came out in 2010. It’s smooth and mellow, with a long, soft finish and notes of fresh fruit and floral essences. Come Father’s Day, it’ll be the perfect base for crafting Pops a mean pre-dinner old fashioned. $32, fourrosesbourbon.com. 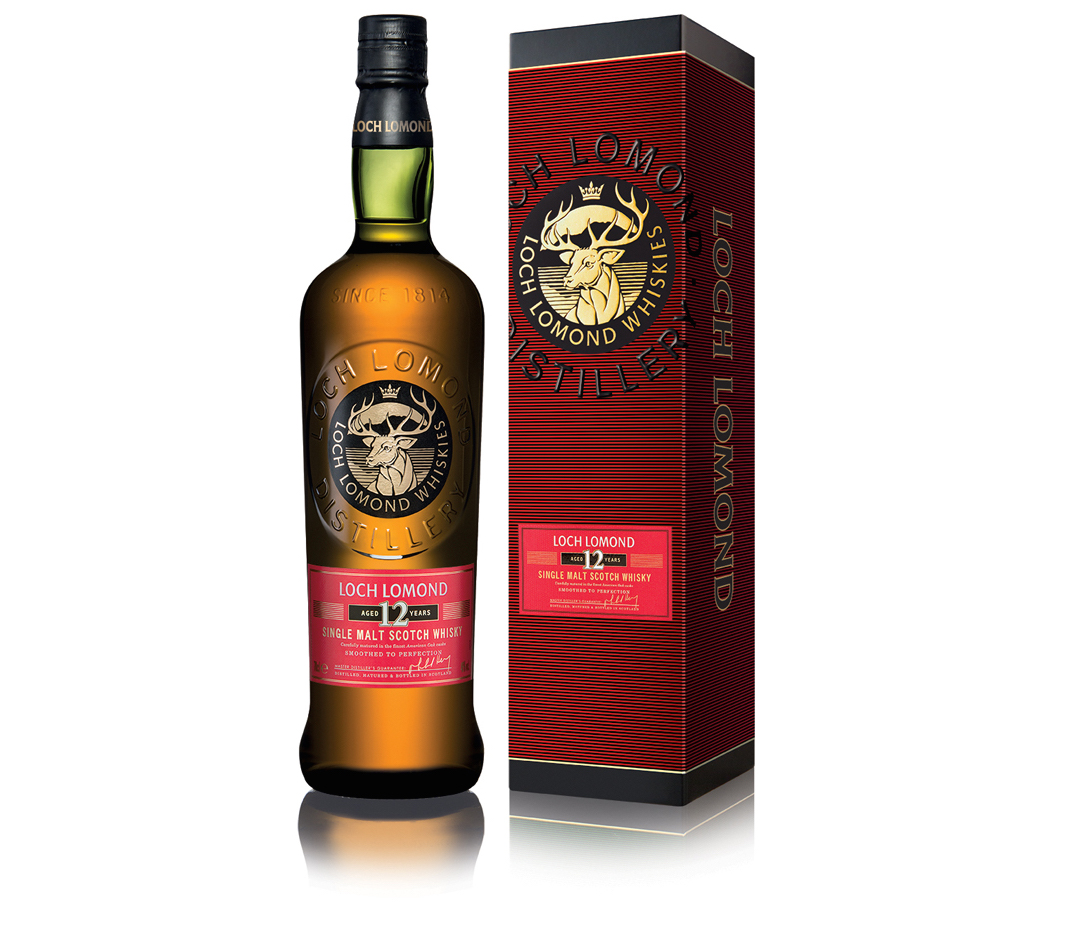 Loch Lomond’s Scottish history dates back to 1814, and its current distillery is situated a few miles outside of Glasgow. There, they distill an exquisite 12-year-old scotch that won a gold medal at the International Spirits Challenge in 2017. Aged in three different types of casks, it has a deep fruity character of peach and pear, layered with the brand’s signature notes of peat and smoke. It’s the next best thing to taking Dad on a whiskey-tasting tour of Scotland—and it’s way more affordable. $65, lochlomondwhiskies.com. 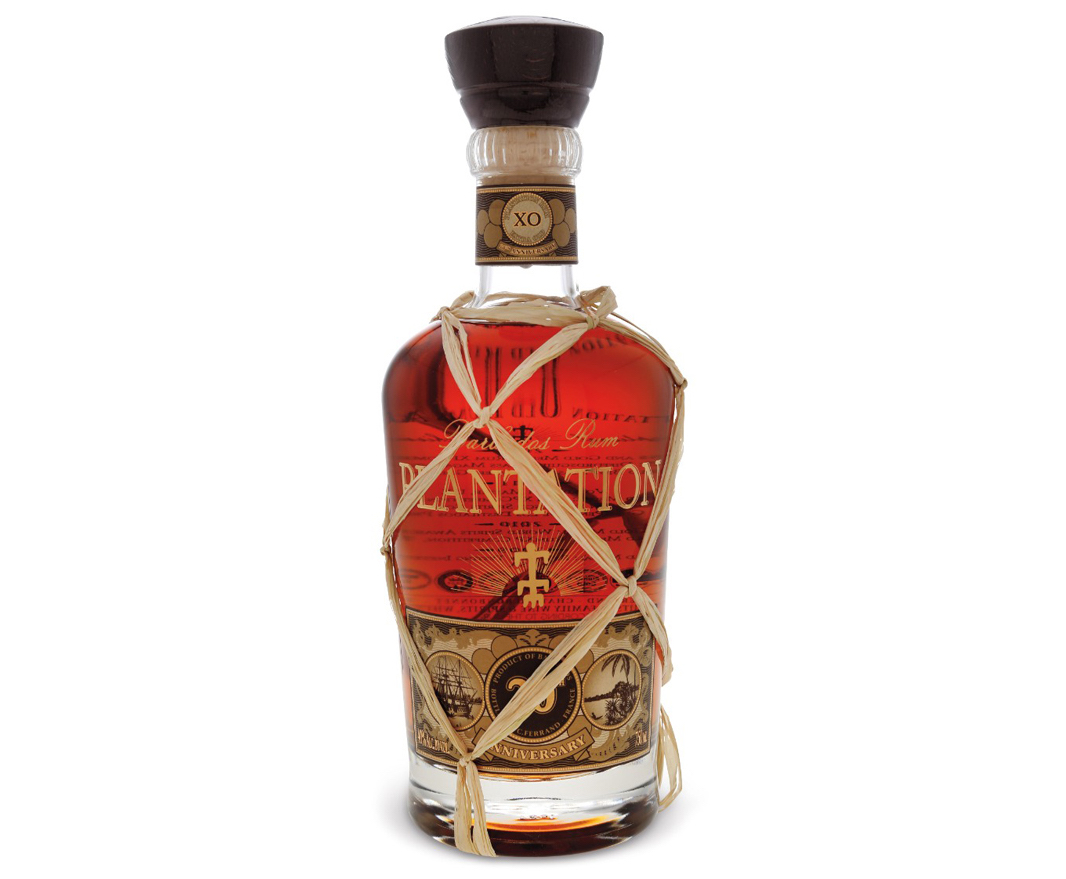 To celebrate Plantation founder Alexandre Gabriel’s 20th year running the company, the brand developed this extra-special, quintessentially Caribbean rum. It’s aged for eight to 15 years in a variety of casks, including former bourbon barrels, and it has aromas of fruit, vanilla and milk chocolate. On the palate, Dad will taste cinnamon and sweet molasses—making it a delectable after-dinner treat when sipped on its own. The bottle itself looks like it was just picked up from your latest Barbados vacation, and it’s sure to be a funky addition to Dad’s bar set-up. $77, plantationrum.com. 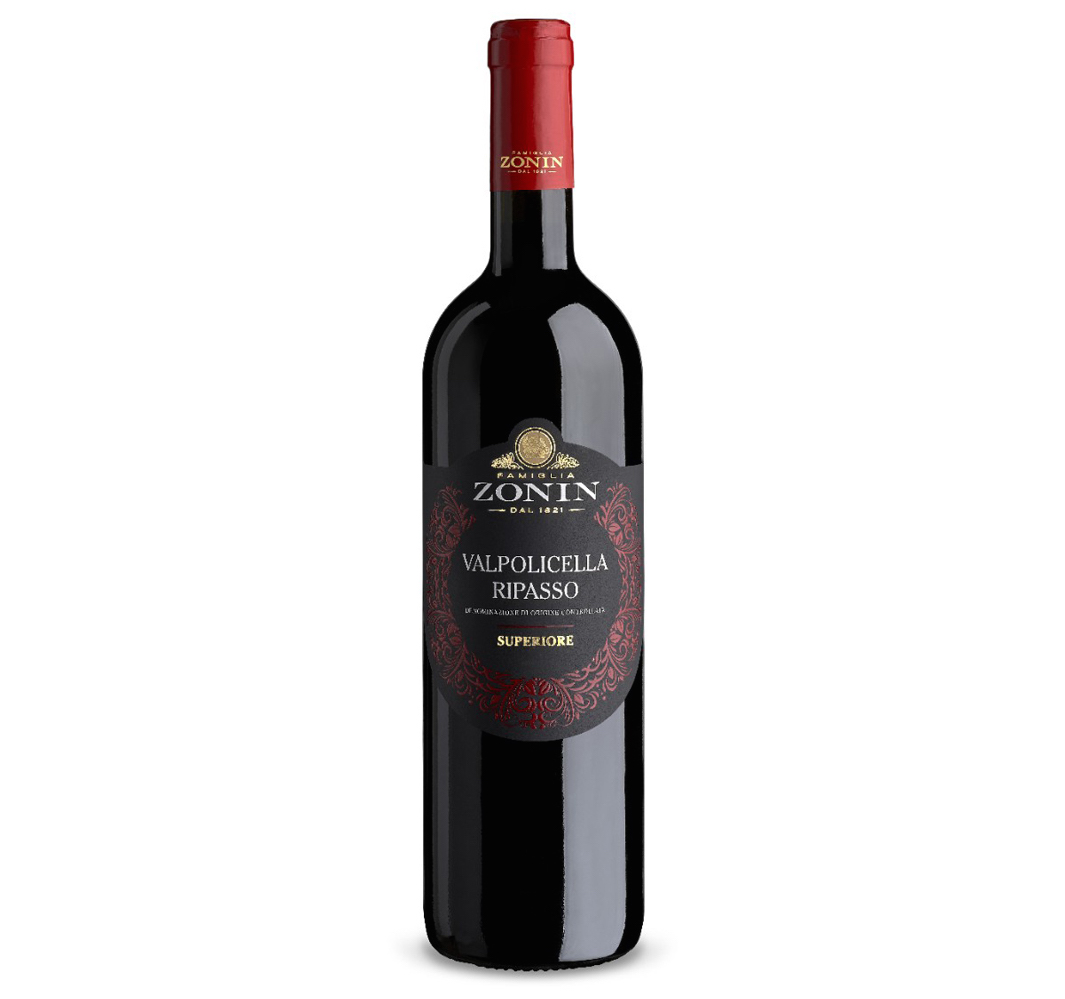 For the wannabe Italian: Zonin Ripasso

If Dad’s a fan of Italian wine, he’ll love this Ripasso blend from historic family-run winery Zonin 1821. It’s a 2016 vintage, made with hand-picked grapes from the Valpolicella zone of the Veneto region of Italy. After a multi-step fermentation process, it’s aged for 18 months in casks and barrels before sitting one final month in the bottle. Dad will pick up notes of cherries and chocolate on the nose, and stewed wild berries, tobacco and exotic spices on the palate. It goes amazingly well with roasted meats and pasta in garlic sauce—a.k.a. probably what Dad wanted for Father’s Day dinner anyway. $19, zoninusa.com. 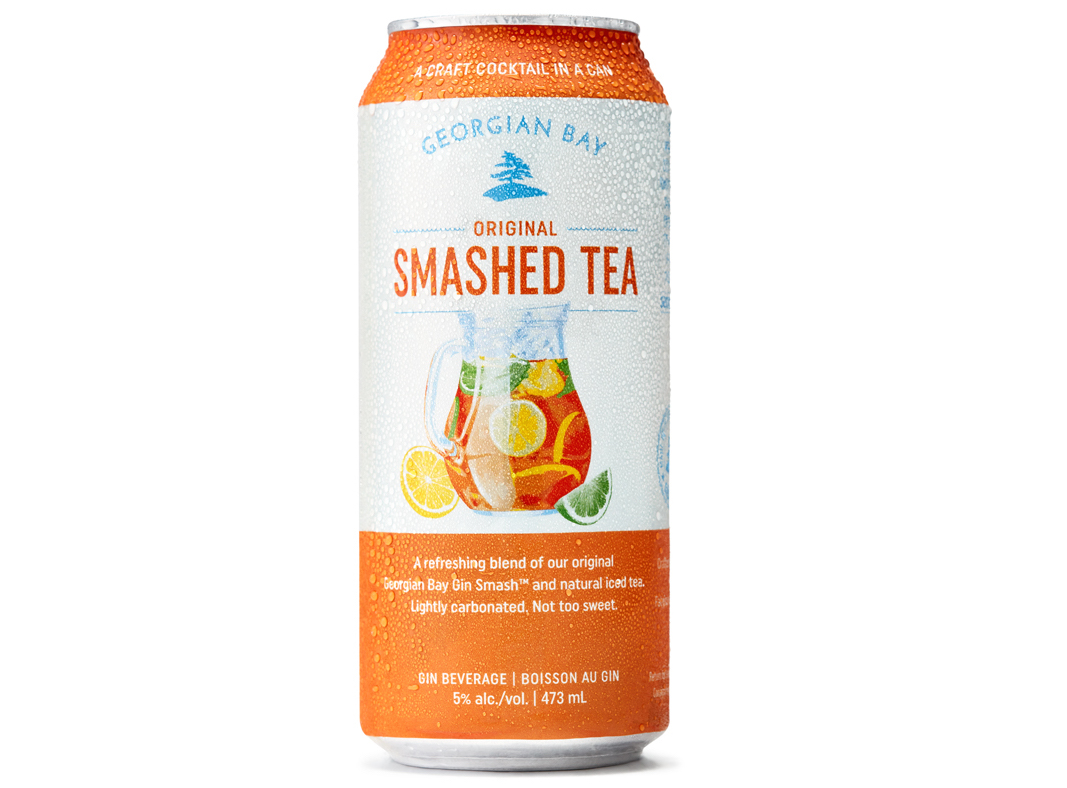 Georgian Bay’s lineup of canned vodka and gin cocktails have become practically synonymous with carefree summer hangs, and their new southern-style smashed tea cocktail is a refreshing twist on the classic. It’s made with black and Darjeeling teas, the latter of which is known as the “champagne of teas,” and it lends the beverage notes of fresh fruits and florals. The tea is blended with the original Georgian Bay Gin Smash for that distinctly crisp, citrusy finish. It’s ideal for dads who live for dockside cocktail parties and alfresco dinners. $2.95, georgianbayspiritco.com. 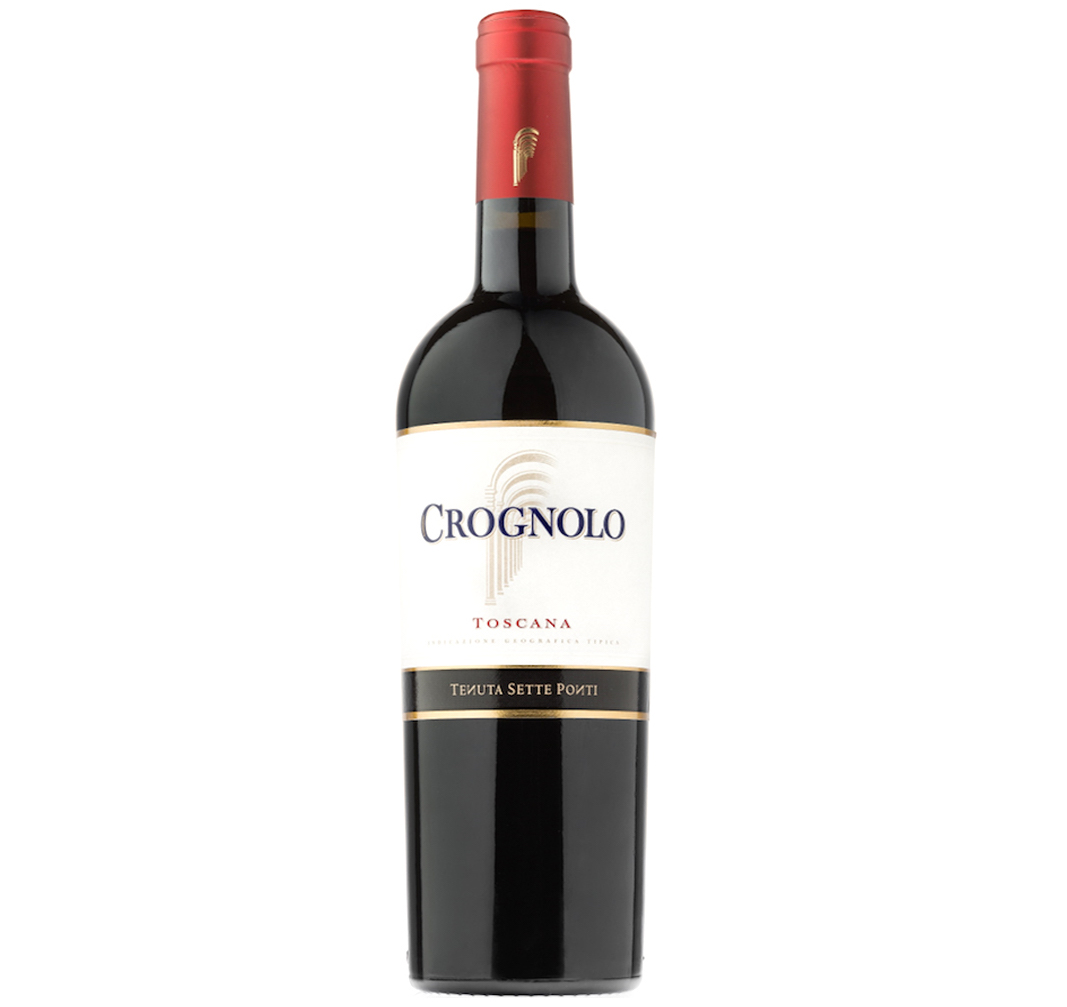 This Tuscan wine is a real treat for any dad who appreciates a fresh, full-bodied red. Sette Ponti’s wines are made the traditional Tuscan way, on 750 acres of vineyards surrounded by olive groves, wheat fields and natural woodland. This particular crognolo varietal is made predominantly from sangiovese and is aged in oak barrels. It’s a firm and chewy young wine, with chestnut and chocolate character and a blackberry undertone. It also ages beautifully, in case Dad wants to keep it in his cellar for an even more special occasion. $34.95, vintages.com. Available June 22. 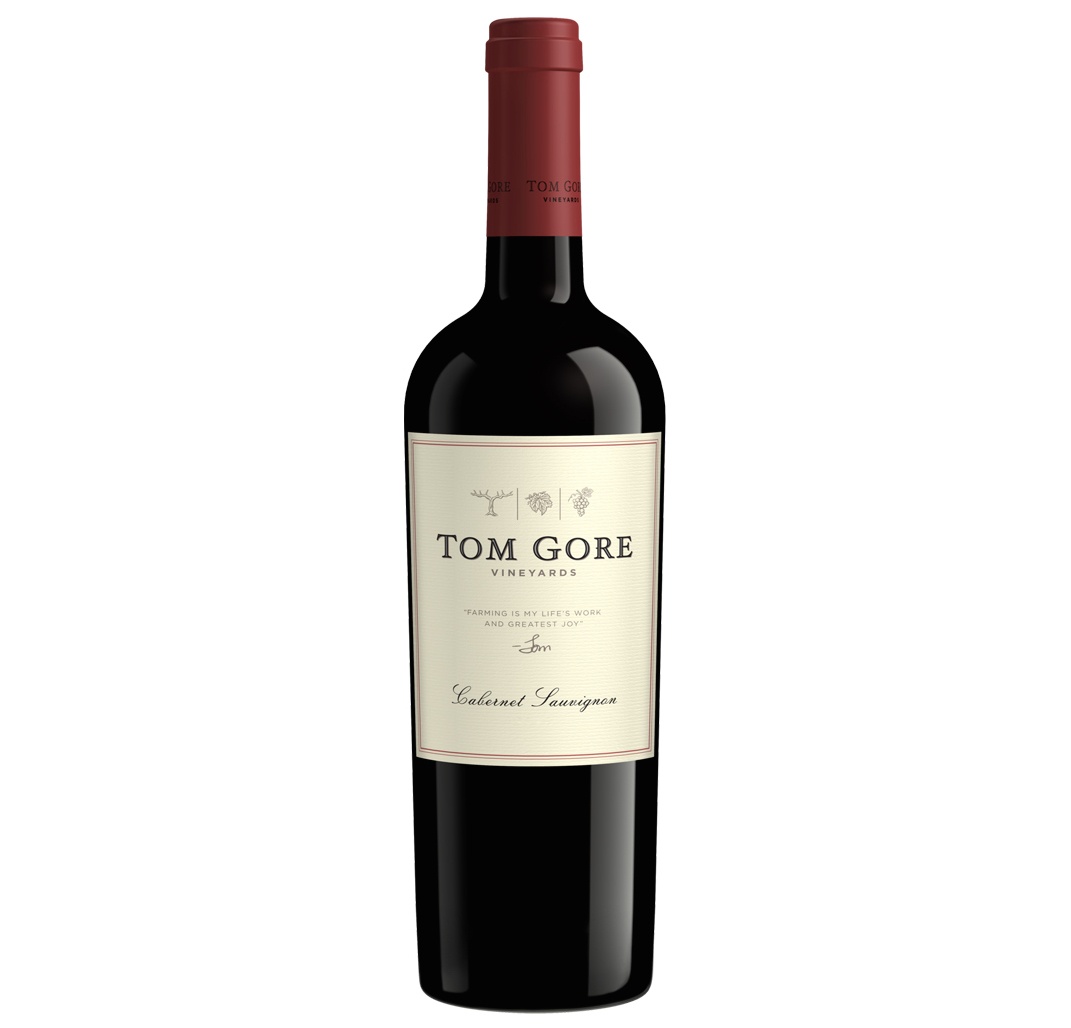 California cabernet is always a safe bet when it comes to gifting Dad, as the varietal goes amazingly with barbecue classics like slow-cooked ribs or grilled steak. Tom Gore’s cabernet from Sonoma County is especially delicious: it’s loaded with ripe black fruit, cherry, cassis, plum, dark chocolate and vanilla—and it’s one of the best-valued Cali cabernets you can find. Best of all? It recently became an LCBO Vintages Essential, meaning you won’t have to search long and hard to find it in stores. $20, tomgorevineyards.com. 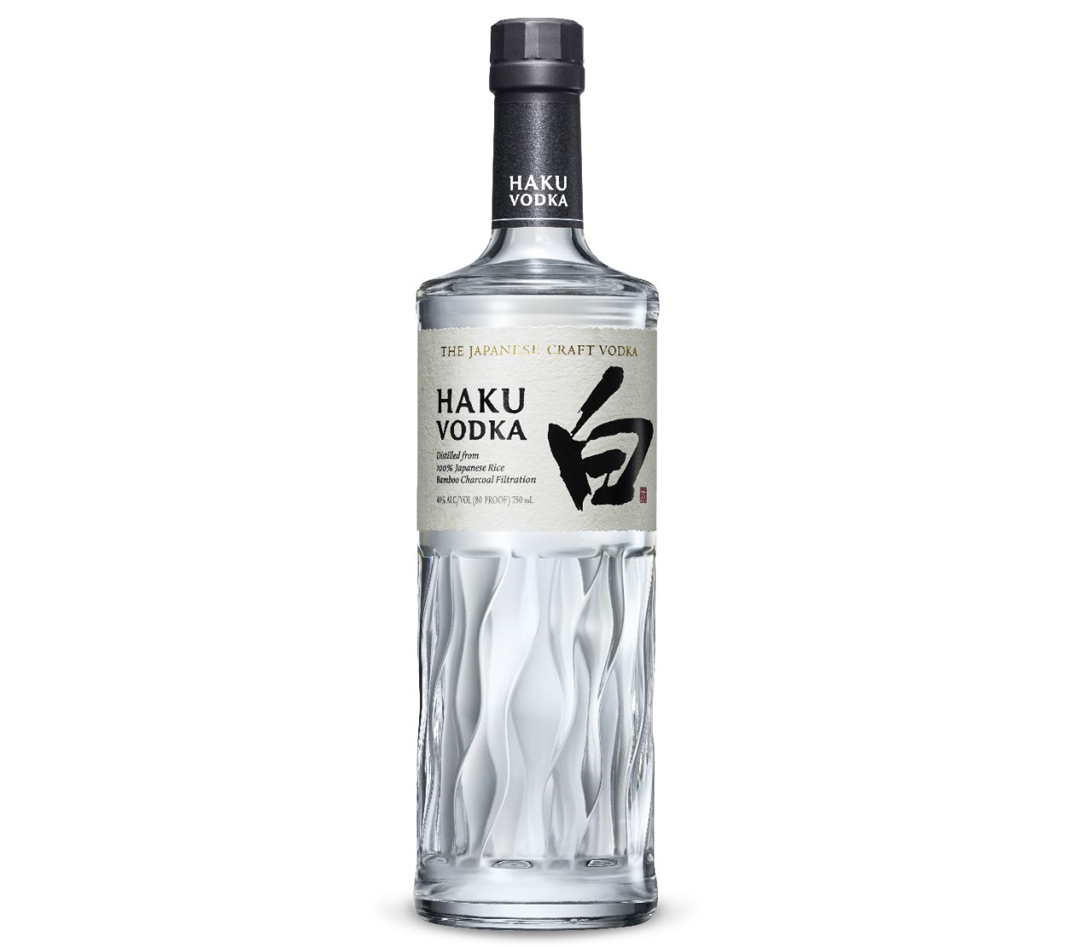 For the globetrotter: The House of Suntory Haku Vodka

The House of Suntory pioneered Japanese whisky, and now they are bringing their impeccable Japanese craftsmanship to vodka. Their premium craft vodka, Haku, has just launched in Canada. It’s made of 100 per cent Japanese white rice, and three distinct distillation steps (including a bamboo charcoal filtration process) result in a taste profile that’s clean, soft and smooth—with a beautifully sweet rice flavour. It’s the perfect gift for any dad who reminisces about his travels through Asia. $50, lcbo.com. 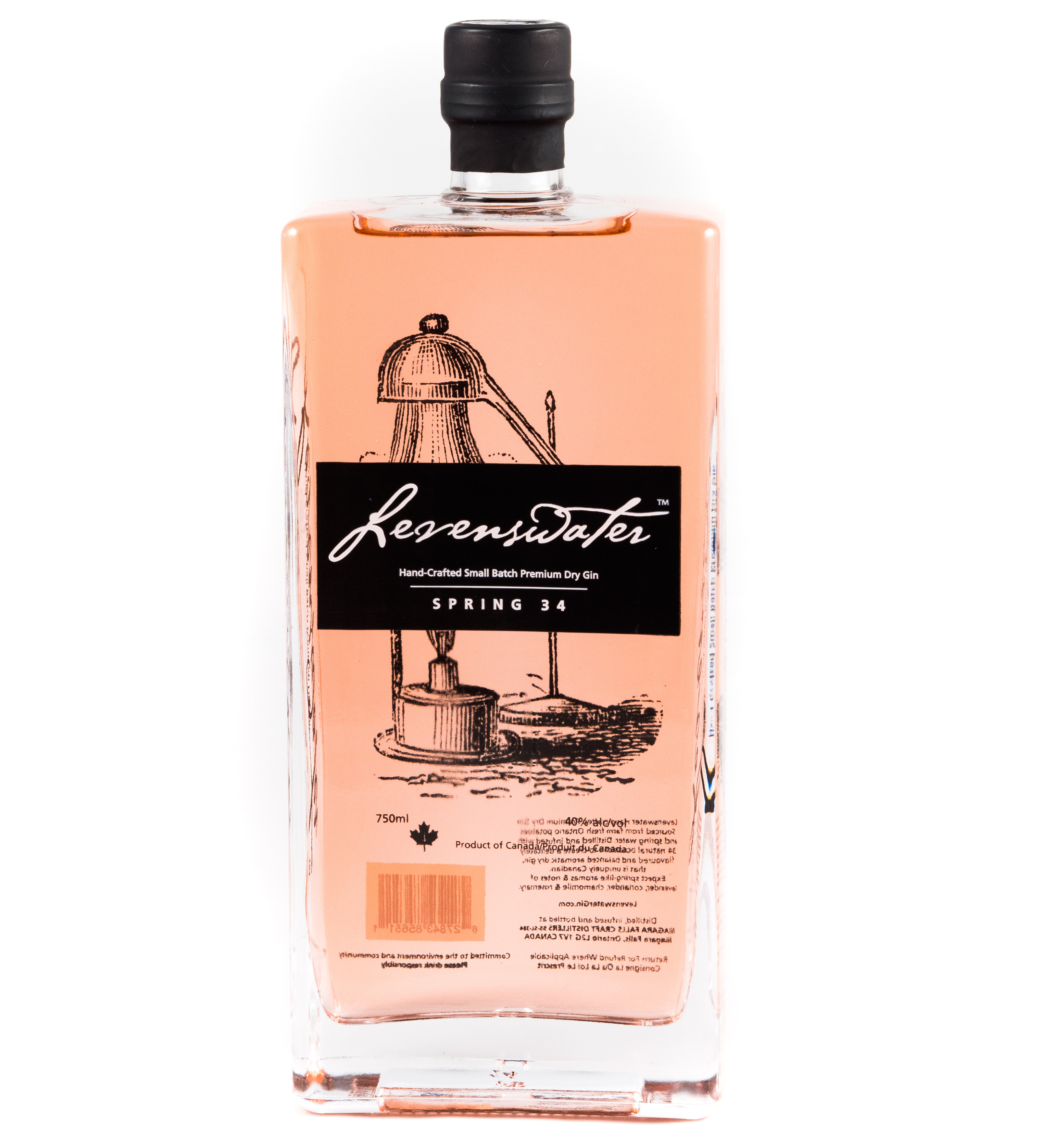 For the botanical buff: Levenswater Gin

Levenswater was founded in 2017 in Toronto, and is distilled in Niagara. After earning 5 international awards in 2018, they just won top Canadian Compound gin at  the World Gin Awards.Levenswater means “water of life” in Dutch, and the brand pays homage to  Dutch and Belgian traditions in its distillation. The Spring 34 Gin is particularly complex, with 34 botanicals that create floral aromas and an evocative,spicy finish. $50, levenswater.com available at select LCBOs. 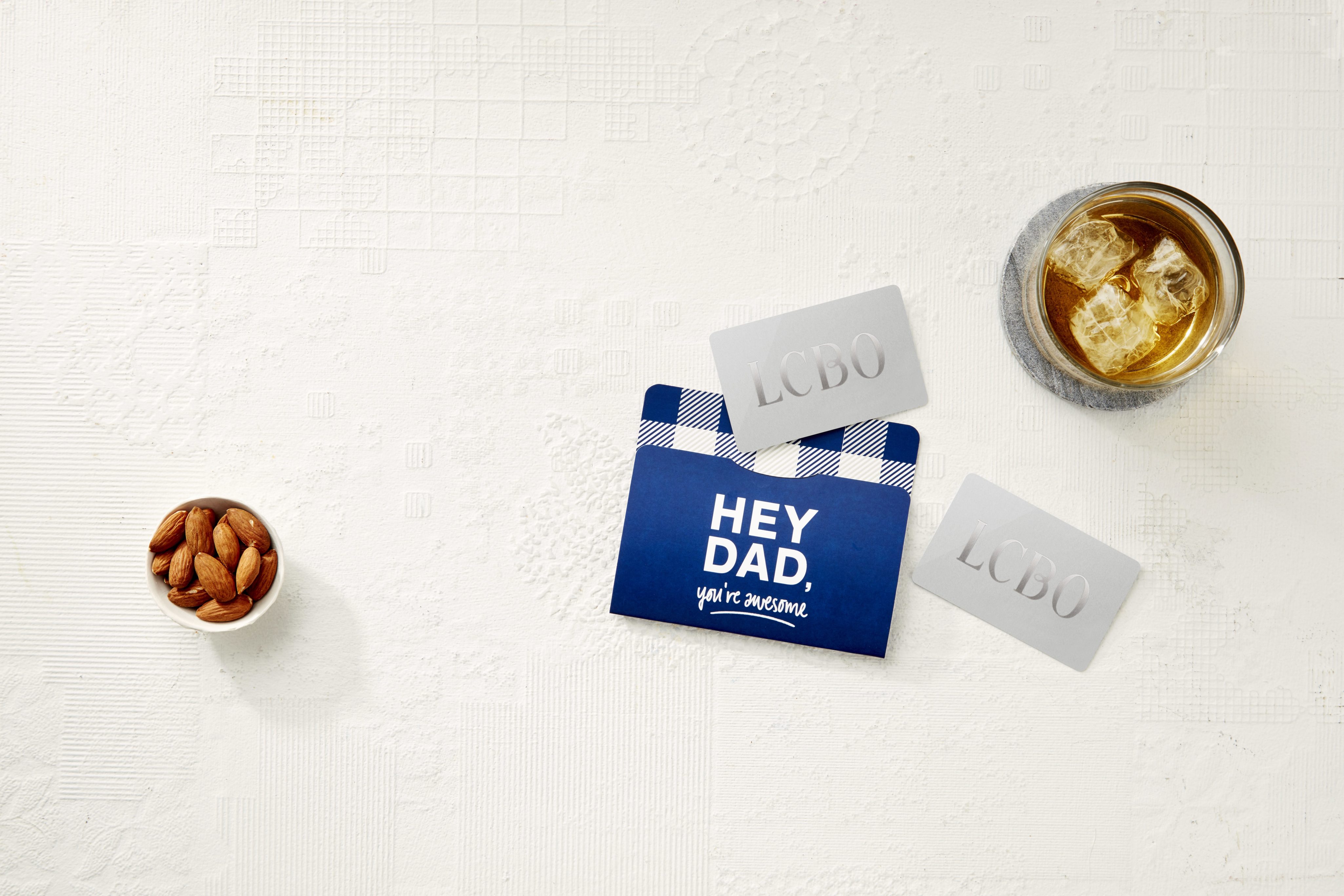 The LCBO has curated an online Father’s Day selection that’s especially great for discerning dads. It’s packed with spirited whiskies, bold red wines and lovely aged rums (like a bottle of 20-year-old Rum Dictador from Colombia, which is perfect for savouring on its own). If dad’s a hockey fan, he’ll also love J.P. Wiser’s Darryl Sittler Alumni Whisky Series, which comes with free tickets to the Hockey Hall of Fame. If he likes luxurious finds, he’s sure to swoon over a rare Canadian Club Chronicles gift pack, with a 41-year-old whisky that was named 2019’s Canadian Whisky of the Year.