Our favourite places to eat in and around the financial district

Amano
Union Station, 65 Front St. W., 647-350-0092, eatamano.com
Of all the recent changes to Union Station, the most radical is that it’s become a place where you might go just to eat. There’s a shop selling Brandon Olsen’s delectable CXBO chocolates, a location of Yannick ­Bigourdan’s Union Chicken, and a branch of sausage and beer hall Wvrst. There’s also the excellent, pasta-­centric Amano. Bigourdan, who was a partner in Splendido during its heyday and currently runs Carbon Bar on Queen East, is also involved here, which explains the gracious servers, smart wine list, and slick room of marble, subway tile and leather sling seats that fool you into forgetting you’re in the bowels of a transit terminal. The chef and co-owner, Michael Angeloni, is a noodle savant when it comes to both classics (rigatoni with bolognese; ­farfalle with walnut-arugula pesto) and impieties (campanelle with Dungeness crab and mustard seeds; mezzaluna stuffed with short rib in a ­jalapeño-spiked jus).

Some of the city’s best-known Italian restaurants have a cultivated ambiance one step below a private club on nonmembers’ night, which makes Ardo notable for its unfussy sophistication. It’s more for the not-for-tourists set than the social-media influencers. And chef Roberto Marotta wears his southern-Italian stripes proudly: “Sicilian” appears on the menu 27 times, in pastas like the Anatra, with its long strands of fettuccine, rich duck ragoût and Sicilian herbs; and pizzas like the Etna, a fiery number with house-made Sicilian sausage. One of the few dishes that doesn’t reference the island is the standout mushroom gnocchi, dime-sized dough pockets swimming in an addictive stracchino cheese sauce slicked with black truffle oil, kernels of corn and tiny cubes of carrot. Your urge will be to cram six to a fork, but it’s better to savour them and use the house-made sourdough to soak up any leftover sauce.

When it opened in 2013, the Chase immediately became the city’s most cherished spot for Bay Street schmoozing, with floor-to-ceiling windows offering incredible views of the Financial District. Dishes are a tight mix of pastas, meaty plates and steakhouse classics, like the wedge salad or the tableside-prepared beef tartare. Delicate gnocchi dumplings come in a Dungeness crab broth with carrot-infused butter and piquillo peppers; perfectly seared scallops are paired with salty ham hock, pea purée and crispy quinoa; and thin fillets of rich arctic char are wisely accompanied by pickled carrots, creamy confit sunchokes, root vegetable chips and earthy braised kale. Well-executed desserts, like the chocolate cake with creamy ganache, peanut-butter anglaise and vanilla ice cream, put a refined spin on the classics.

From the moment it debuted, Miku’s 180-seat dining room has been overrun—an advantage of being in the heart of the new office district south of the Gardiner. The kaiseki menu consists of cleverly combined exotica. One night, the kaiseki’s star course is a tiered plate of sushi: ocean trout with jalapeño and pink grapefruit, toro with funky black truffle, golden-eye snapper with kumquat compote, and shima-aji (mackerel) with okra and a dashi jelly—it was one of the most exciting things to happen to fish since Nemo reunited with his dad.

Locals point out landmarks to tourists, patient servers snap pics of celebrating couples and everyone oohs and aahs over the view. Honouring Canadian cuisine and ingredients for 23 years has taught the kitchen something about presentation, and the elaborately plated dishes compete with the vistas for sheer beauty. A plump slab of seared Quebec foie gras rests on a sliced cattail-pollen waffle; shards of pink peppercorn and sumac meringue add a colourful, savoury, architectural component. A tangle of tender spring pea shoots, dressed with verjus and minted buttermilk curd, act as a healthy foil for meaty peameal bacon lardons and shaved ricotta salata. Exceptionally tender and flavourful tea-smoked duck breast mingles happily amid a jumble of radicchio, roasted parsnip, poached Niagara pear and a swizzle of parsnip purée. And a tube of rhubarb cheesecake is a creamy pink, red and yellow confection that oozes strawberry compote. Canadian winemakers are given pride of place on the extensive wine list, naturally, but care and attention are apparent with all the selections.

While there are traces of restaurateur David Chang’s influence across the menu, the focus is squarely on South America. Hominy and cornmeal flatbread—equal parts arepa and Chinese bing—are fully addictive, and even better wrapped around Niagara prosciutto and pickled cherries. The wood-fired grill touches everything here, from zucchini and potato to avocado and steak. One standout is the rib-eye, mildly funky from 32 days of dry-aging, grilled to a magnificent, well-seasoned crust,a scoop of bone marrow butter the final note of excess. It comes served with a whole green chili, a forearm’s length and blackened from the grill, a dare on a plate.

Sixteen years in, Mark McEwan’s subterranean clubhouse still draws a steady stream of Bay Streeters. Chef Brooke McDougall’s deconstructed grilled-peach-and-tomato salad makes the most convincing case yet that summer should never end, and dry-aged strip loins and rib-eyes never go out of style. À la carte sides, especially the roasted cauliflower with lemon mascarpone and the jalapeño corn risotto, are worth the upsell. And every dish, even the stack of fries that accompanies the $40 cheeseburger, is dramatically plated. About that burger: topped with rich brie de Meaux, shaved truffles and grilled porcinis, its hefty price tag is justified.

The Shangri-La’s house restaurant opened in 2012 during a particularly exciting time in the city’s fancy-food scene: Momofuku had launched to great fanfare, as did Café Boulud. Bosk needed an ambitious mandate, and six years and a few chefs later, it’s settled firmly on seasonally driven fine-dining fare. The menu, filled with luxurious items like oysters, caviar and foie gras, reflects the tastes of Bosk’s clientele, but service is accommodating and unpretentious. Butter-poached lobster, coarsely chopped on a bed of bisque-infused orzo, is rich, warming and elegant, while the beautifully presented 40-day dry-aged rib-eye comes cooked to order and perfectly pink with dense, moist pain perdu, sweet sautéed onions and bitter greens. The drinks list is as extensive as you’d expect from a high-end hotel restaurant.

If it weren’t a destination restaurant, George could be a museum dedicated to a style of dining that has largely been pushed aside in the small-plates era. Choose from five-, seven- or 10-course tasting menus or chef Lorenzo Loseto’s focused three-course à la carte menu, where the simplicity of the descriptions (“pheasant, cheddar grits, cherry”) does nothing to herald the polychromatic layers that arrive with every dish.

Considered a gamble when it opened, based on the sheer scale of the massive, intricately designed space, Drake One Fifty has been embraced by the Bay Street suits who pack the dining room and bar areas from lunch to late night for client meetings, after-work drinks and dinner with colleagues. As it’s been since day one, the menu is a hodgepodge of salads, pastas, pizzas, snacks and mains. Some of the dishes can be overcomplicated, and the cooking less consistent than the west end’s Drake Hotel. But everything is beautifully plated, and the room is still a great place to enjoy a good boozy cocktail.

When you’re not in the mood for a 14-hour flight to Buenos Aires, you’d do well at this handsome series of art deco rooms in the Saks-Bay complex. Anthony Walsh, O&B’s top chef, got his inspiration (and his empanada recipe) from his Argentinian mother-in-law. Must-haves are a dish of salt cod, pickled red onion, deep-fried cumin-dusted chickpeas, fava beans and cilantro scooped up on toasts (they call it a salad), and the roasted rabbit on flavourful rice cooked with tomatoes and snails. The empa­nadas, sweet pastry encasing peppery ground beef, egg slices and black olives, live up to the hype.

Noodle Bar might be famous for its steamed buns and bowls of excellent ramen, but the classic ginger scallion noodles deserve a shout-out, too, with a hunk of katsu pork over pickled mushroom, cucumber and cabbage. Pork buns remain the go-to starter, but the shrimp ones are joyful pockets slathered in spicy mayo, topped with pickled onion and crunchy iceberg. Dessert is still a mostly DIY affair: there’s Cereal Milk soft-serve, and the Milk Bar kiosk is stocked with Christina Tosi’s signature truffles and slices of hilariously sweet Crack Pie. 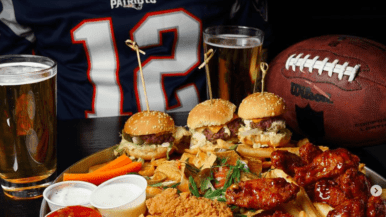 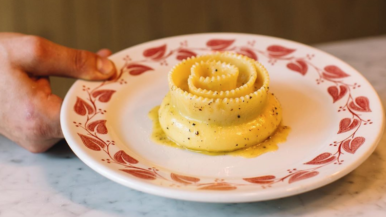 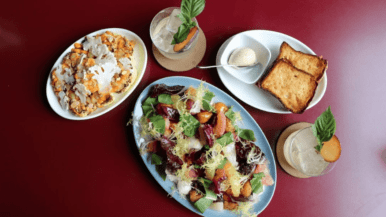 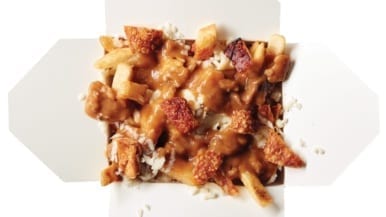 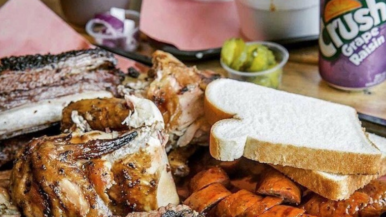