Because you only turn 150 once 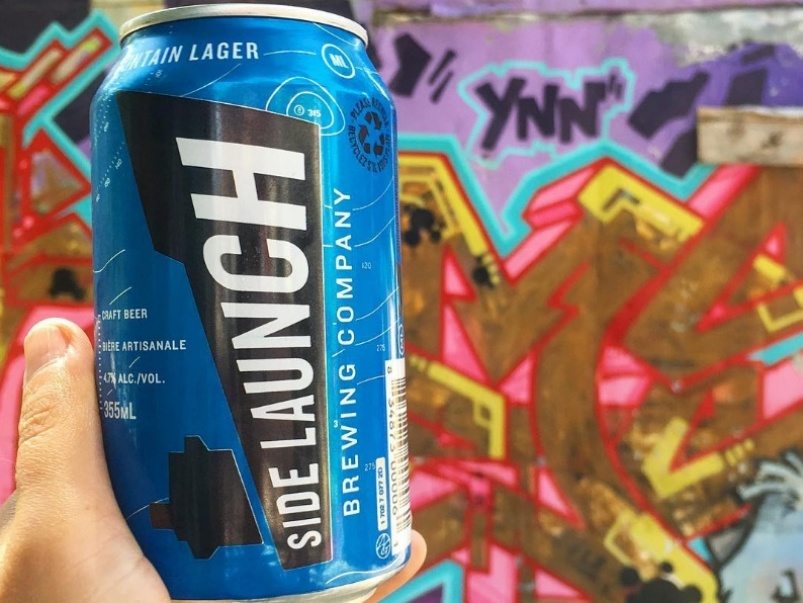 A reigning monarch of Canada’s independent distilling scene, Victoria Spirits launched this gin in 2008. Recently revamped with a less regal label, a slightly lower alcohol percentage and a lower price to match, Victoria continues to do its duty as a balanced, robust, all-purpose gin. With sweet juniper on the palate and a rosy-floral-pepper nose, it holds up well in both a martini and a gin and tonic. LCBO 458745 $28.25 | British Columbia
A recent West Coast arrival at the LCBO, Sid’s is made using a pot still; most vodkas are distilled in the other kind (a column still), which leads to a neutral-tasting spirit. But an old-timey copper pot still produces a more flavourful result: you may detect a pleasantly viscous mouthfeel and a little sweetness on the palate. Sealing the deal are the clean finish (essential in a vodka, but not always accomplished) and a price point that’s shockingly low for an independent distiller. Terrific caesar fodder. LCBO 486258 $64.95 | Ontario
What’s with the wonky name? Wiser’s master distiller Don Livermore made this whiskey using barrels involved in his dissertation for a PhD in brewing and distilling science. What did the doctor order here? A whiskey featuring sweet, savoury and sour flavours working in harmony. Corn, apple and exotic fruit tease the nose; take a sip and the bready tang of rye takes over. Made for sipping neat, this thesis is a beautifully complex defence of Canadian whiskey. LCBO 513523

$70.45 | Ontario
Whereas most Canadian whiskey is aged in barrels made from American oak—there’s just so darn much of it around—this sesquicentennial celebration edition was born in virgin Canadian wood. The result is a fine demonstration of the sweeter style of Canadian whiskey, with plenty of buttery vanilla, and caramel so sweet is verges on maple. Add a wee splash of ginger ale, if anything. LCBO 195651 $104.75 | Alberta
Masterson’s is Canadian whiskey bottled in California, primarily for the U.S. luxury market. As such, it’s doing its part as an ambassador for the uniquely piquant sting of 100 per cent rye Canadian whiskey—a flavour that’s finally taking the whiskey world by storm. In this instance there’s hot pepper, freshly sawn wood, pumpernickel and dill pickle. If you’re a fan of Alberta Premium, Crown Royal Rye or Lot 40, trade up to Masterson’s as a sipper for special occasions, or as the base of an ultra-deluxe, show-off-on-Instagram manhattan. LCBO 289488 $69.95 | Ontario
Down in Niagara Region, Dillon’s has expanded beyond its original rye, vodka and gin products to try its hand at a limoncello, a vermouth, a cherry gin, and more. The newish, pale chartreuse absinthe smells like a vegetable garden, its fennel and coriander evident at first whiff. It follows that up with absinthe’s usual wallop of anise; Dillon’s is less bitter than some of the French and Swiss originals. Dilute with cool water until it turns milky, and sip. Meanwhile don’t worry about the urban myth: Absinthe is strong—this one is 67.5 percent ABV—but it won’t make you hallucinate. (If it did, do you really think it would be allowed in Ontario?) LCBO 195651 $47 ($282 for case of six) | Nova Scotia
The Atlantic provinces have been importing Caribbean rum for centuries, helping to make Canada one of the largest per capita consumers of the spirit. The couple behind Ironworks make theirs in an old blacksmith’s shop in charming Lunenburg, N.S. Here in Ontario you can buy Bluenose by the case only, via the LCBO website. It pours the colour of cold-press coffee, with a ripe-orange-and-molasses-funk aroma reminiscent of Guyanese rum. Bluenose is gentle sailing on the palate, with notes of violet, and some bitter tannins in the finish. Use in a planter’s punch or mix with cola and lime. LCBO 256155 $32.60 | Quebec
We acknowledge that maple-flavoured whiskey is sort of gimmicky and silly. But if you do succumb to the spell, skip the various imitators and go for the original Sortilège, whose beautiful, crystal-clear maple flavour redeems the concept to a degree. Meanwhile, if you absolutely must do a celebratory Canada Day liqueur shot, Sortilège sure beats the sap out of Fireball or Yukon Jack. LCBO 250134 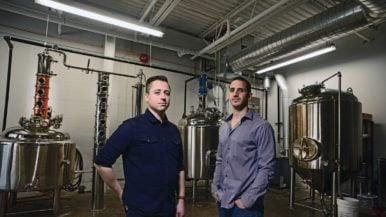 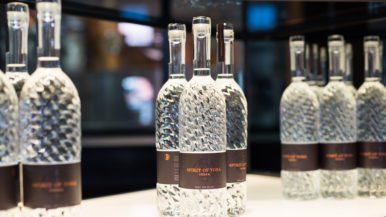 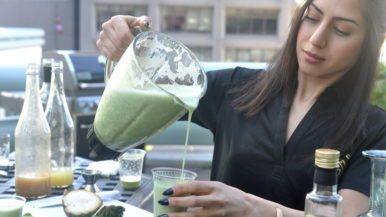