Stephen Appleby-Barr paints characters that lend themselves to grand tales: regal human-animal hybrids, people he knows reimagined as mythical creatures, royals from years past. For the creations in his latest exhibition of oil paintings, Corvidae, he imagined one fable to unite them all.

When he was living in Berlin last year, he was taken with the ruins of ancient Europe and began studying their history. Inspired, characters and stories began popping into his mind. He began drawing them and writing a mythical story around them: he imagined each one was on a journey on the Aves Road towards a placed called Corvidae, where they would gather for a ceremony “where an oath will be made by the bird folk of the surrounding regions…an event that promises to change the world they inhabit.”

After sketching his characters and creating the story, Appleby-Barr went into “chore mode”: buying the linen, stretching it out, stapling it down and painting it. Getting the pieces back to Toronto was tricky, as he couldn’t find anyone to build the crates he needed to ship them (and couldn’t explain what he needed because he doesn’t speak German). So he went to the German equivalent of Home Hardware and made them himself. “There’s great joy in being able to do this,” he says, “but there are just mountains of chores.”

The exhibit runs until October 28 at Nicholas Metivier Gallery, and Appleby-Barr shares his characters’ full saga in The Pale Path, a book produced by the gallery and Black Dog Publishing. We asked him to give us a brief backstory on a few our favourite characters. 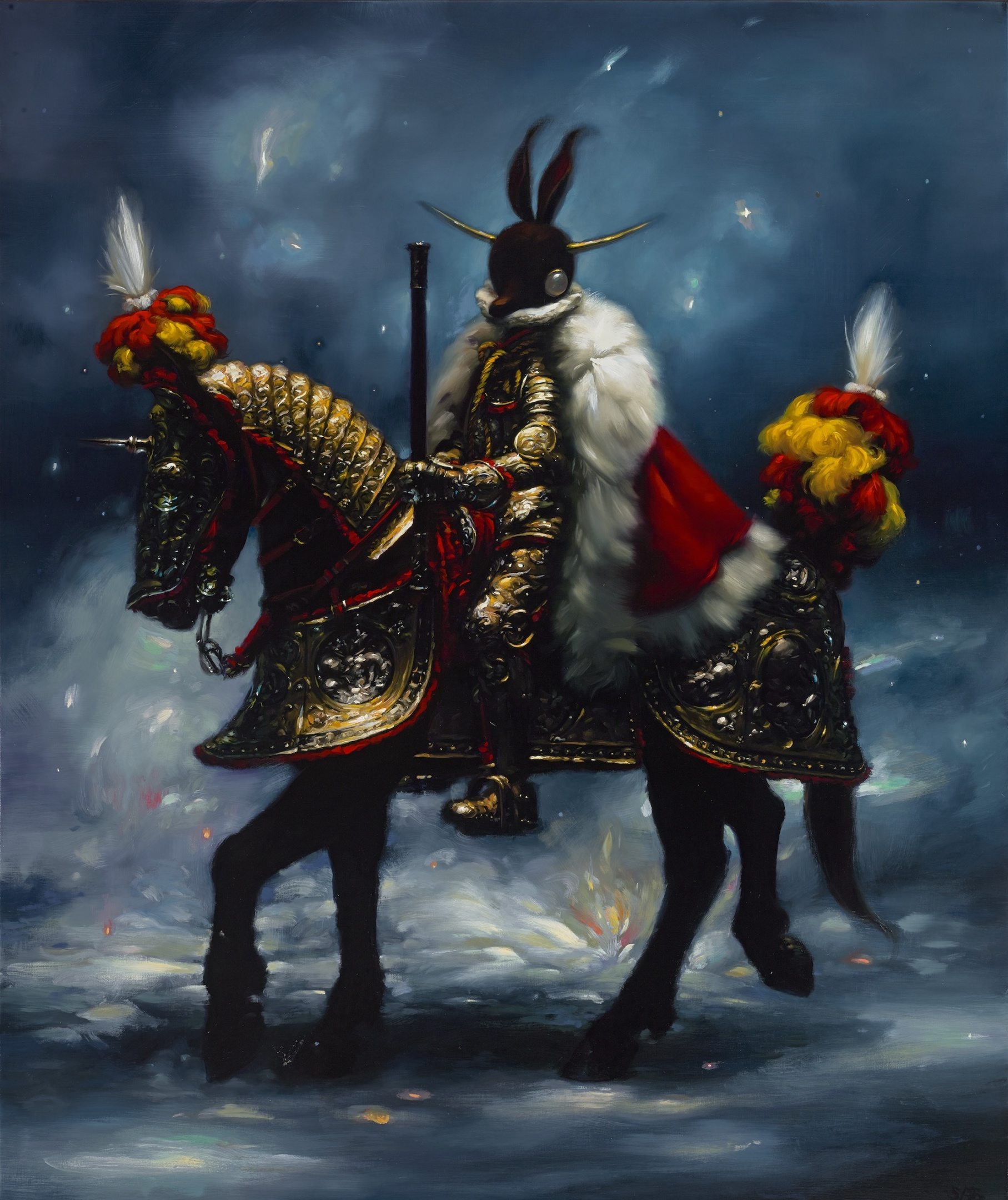 The Prince appears to be a classical painting of a medieval knight—until you spot the animal head sitting upon the character’s flowing cape. That’s trademark Appleby-Barr: classical styling with an delightfully odd twist. In The Pale Path, most of the characters appear to be part of a royal court, but they’re confused about their roles. The Prince decided to go on this journey because he wants to understand how the event in Corvidae may change his world. 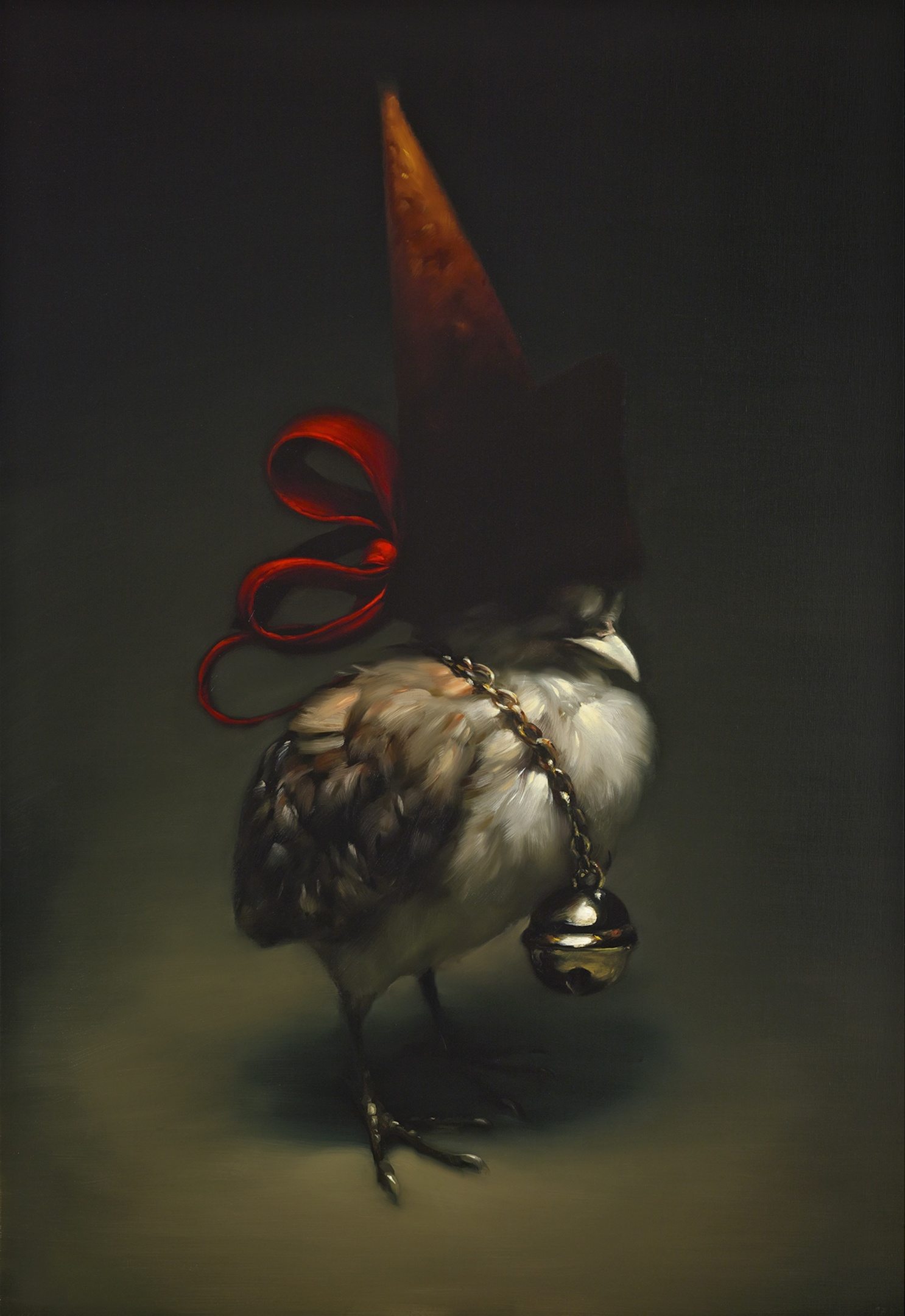 Birds were all over Berlin when Appleby-Barr was exploring the area, so they became a part of the story. This character, Admiral Poussin, creates and maintains the ships that travel between worlds—and it’s a busy time given the influx to Corvidae. 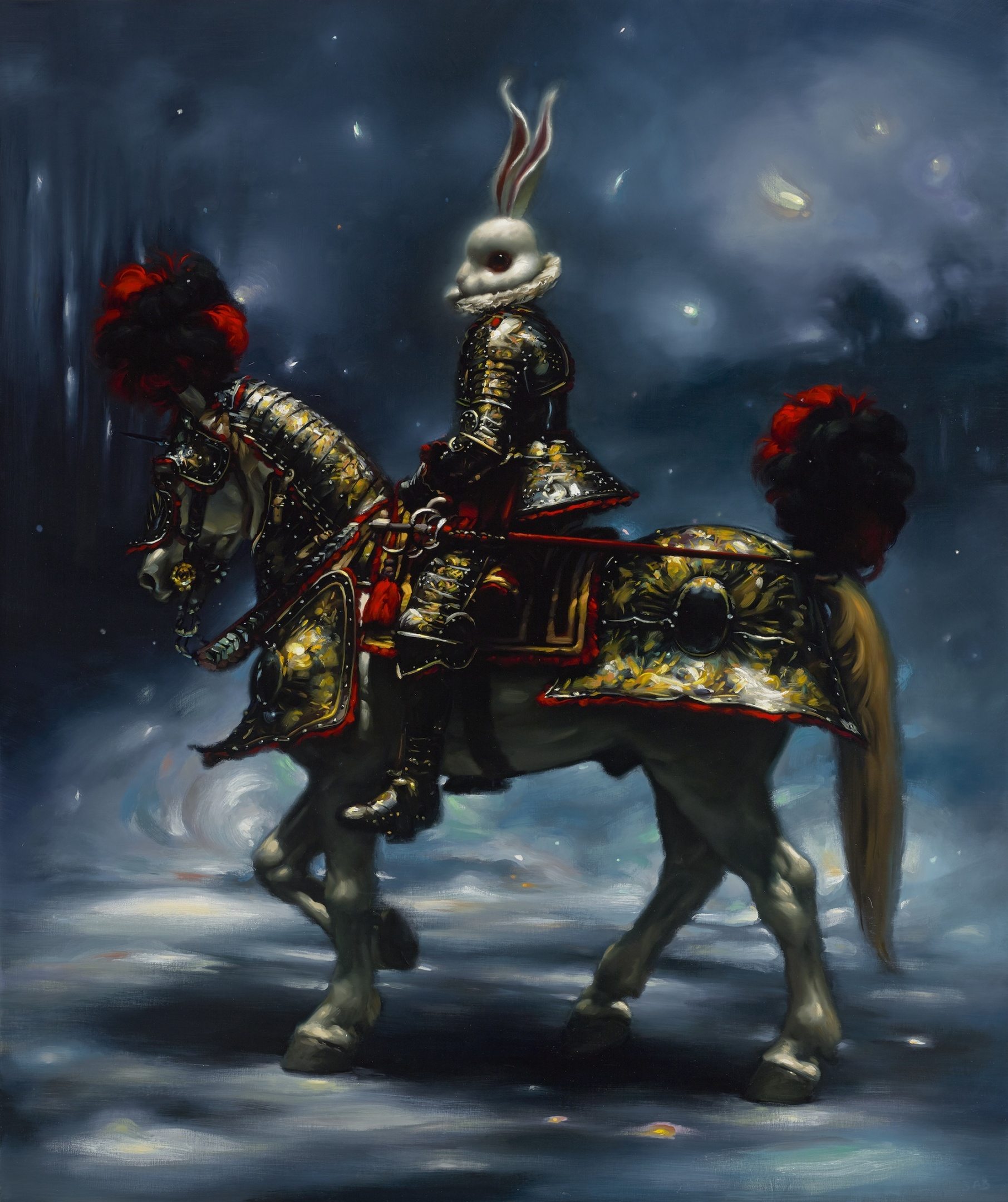 Cuniculus is considered to be the most well-travelled creature to ever exist, Appleby-Barr says. The characters are painted in a grand way to symbolize their importance in their communities, but Appleby-Barr’s depictions and backstories reveal they are not perfect. For example, he says, it’s unclear where Cuniculus’s allegiances lie—a source of conflict between him and The Prince. 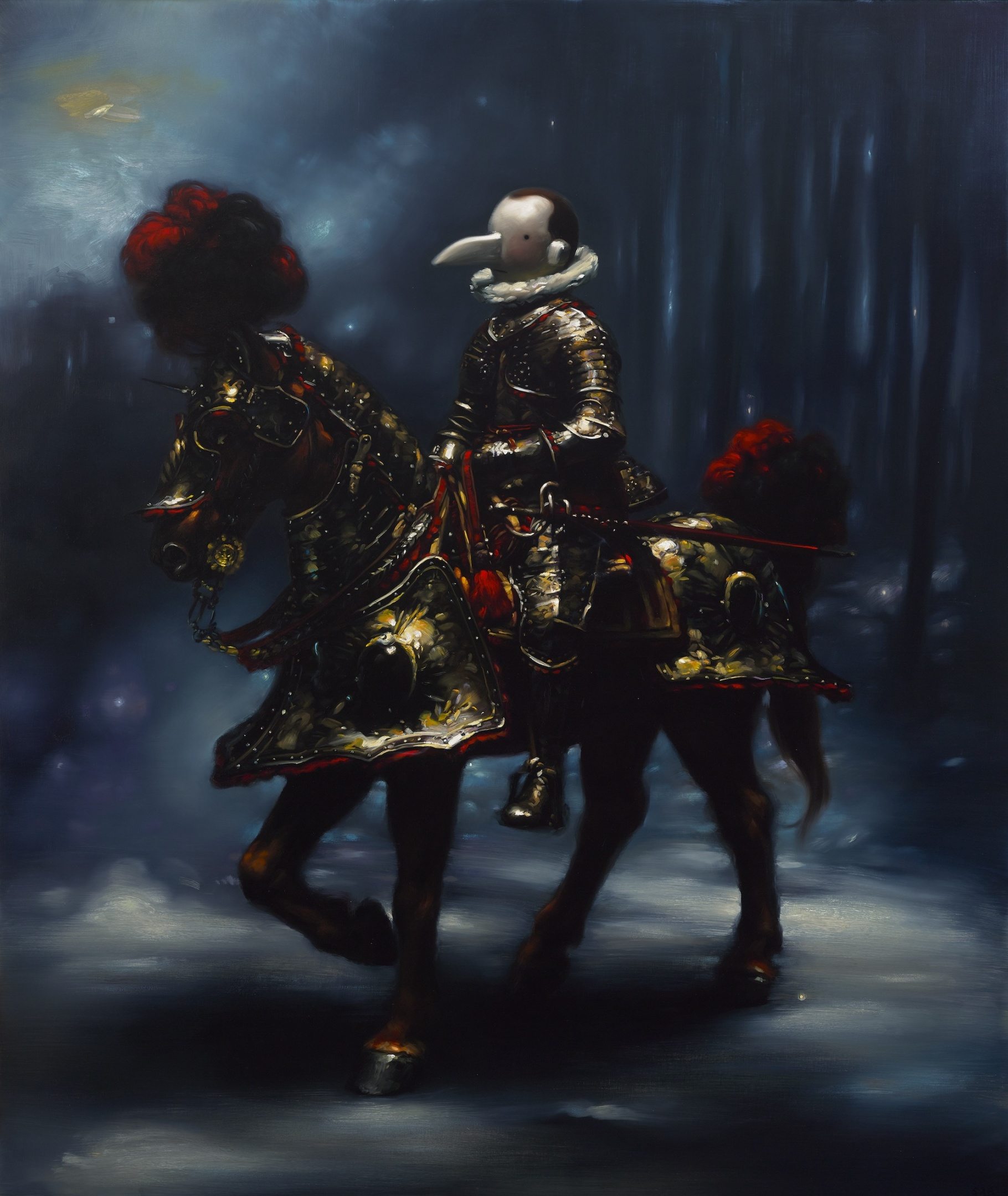 Scutifer, who looks like a child’s doll or horrifying take on the Nutcracker, is another character who doesn’t truly understand his role. He has no allegiance, some days riding with Cuniculus and others with Admiral Poussin.