Sixteen things to see, do, read and hear in Toronto this November

Sixteen things to see, do, read and hear in Toronto this November

Including a musical ode to extraterrestrials, a page-turner for Succession fans and the ultimate girls’ day out

A rock show with a Euro edge

1 From Nirvana to The Strokes to Tame Impala, there’s a tradition of rock bands rising up at the dawn of a new decade to make loud electric guitars exciting again. But no one could have anticipated that rock’s most vociferous flag-wavers in the early 2020s would be a group of scantily clad Italians who parlayed a cover of a 1967 Four Seasons standard into more than a billion Spotify streams. Måneskin’s raspy and rambunctious rendition of “Begging” became a global hit when it was re-released following the band’s victory at the 2021 Eurovision Song Contest. November 21 and 22, History

2 Every November, Toronto goes a wee bit country. This year, the Royal Agricultural Winter Fair celebrates its 100th anniversary, which means even more award-winning farming feats, fresh food and gravity-defying equestrian competitions on display for urbanites pining after the great outdoors. New this year are cooking lessons from Toronto chefs at the Royal’s Burnbrae Farms Culinary Academy. The perennial favourites, from butter sculptures to SuperDogs, will be on full display as well. November 4 to 13, Exhibition Place

An installation about colonialism

3 Moridja Kitenge Banza fled his home in the Democratic Republic of Congo for Montreal in the mid-2000s and channelled his feelings around identity and migration into Et la lumière fut, a multidisciplinary installation that blends history and memory in 16 pieces documenting the legacy of colonization. The 13 paintings and three stained-glass works riff on traditional Christian iconography, notably by replacing Christ’s face with an African mask. Until November 13, Art Gallery of Ontario

A spit-take in the making

4 For cringe comedian Jim Jefferies, any topic—meaningful or mundane, from gun control to lactose intolerance—is fair game. After gaining critical acclaim for his last international stand-up show, The Unusual Punishment Tour, Jefferies returns with the squeamishly named Moist Tour. No word on which hot-button issues he plans to skewer, but bring an umbrella just in case. November 3 and 4, Meridian Hall

An art-rock show for headbangers

5 This spring, Radiohead singer/guitarist Thom Yorke and multi-instrumentalist Jonny Greenwood released A Light For Attracting Attention, the debut album from their new band, The Smile. The record heralds a return to the visceral, guitar-charged rock that Radiohead largely abandoned over two decades ago in favour of electronic experimentation. The mood is as bleak as ever, but hearing Yorke unleash a bratty young-Dylan snarl on punky rave-ups like “You Will Never Work in Television Again” is enough to make one mosh in approval—or, at the very least, smile. November 26, Massey Hall

An indulgent girls’ day out

7 Tarell Alvin McCraney caught the world’s attention in 2017, when Moonlight, based on one of his plays, won the Academy Award for best picture and landed him the screenwriting Oscar. Choir Boy is also a coming-of-age story, but from a different socioeconomic perspective. It’s a drama set at an elite Black prep school, where a gay student faces the pressures of conformity while aspiring to lead the renowned gospel choir. The Canadian Stage production is buoyed by a cappella performances of traditional gospel songs. November 8 to 19, St. Lawrence Centre for the Arts

A true story about make-believe

8 Woven into fairy tales, legends and ghost stories are small truths that make the fantastical real, and it’s Emily Urquhart’s interest in folklore that led to her newest book, Ordinary Wonder Tales. Throughout history, humans have turned to stories to explain life’s mysteries and offer lessons we can apply to work, family and, most importantly, love. In this collection of essays, Urquhart seamlessly melds her research with snippets of everyday life on topics including death and dying, the plague, and pregnancy. Out November 1

9 For most of us, the idea of returning to high school is the stuff of nightmares. For Tegan and Sara, it’s become a multimedia cottage industry. On their previous album, 2019’s Hey I’m Just Like You, the indie-pop duo released fresh recordings of discarded songs they first wrote as teenagers; that album was accom­panied by a memoir, High School. This fall, they’re touring their 10th album, Crybaby, featuring the dreamy lead single “Yellow.” November 1, The Danforth Music Hall

10 “How can I be an antiracist in my daily life?” “What’s the difference between cultural appreciation and cultural appropriation?” These are the kinds of questions that Ajay Parasram and Alex Khasnabish seek to answer in their new book. In 2020, their in-person drop-in session Safe Space for White Questions became a spectacularly successful YouTube series. Frequently Asked White Questions, which is based on that web series, is a practical guide that uses humour and compassion to tackle how race structures our everyday lives. Out November 1

A musical ode to extraterrestrials

11 NASA’s Voyager I launched in 1977 with two phonograph records (and some important scientific instruments) to essentially deliver a mixtape to outer space. Soulpepper’s The Golden Record pays tribute to this lonely messenger with 90 minutes of musical performances both from and inspired by the records. November 9 to 20, Soulpepper

12 Hannah Moscovitch’s last play was titled Sexual Misconduct of the Middle Classes. Her latest, Post-Democracy, could be called “Sexual Outrages of the One Per Cent.” In this drama, the executives of a powerful corporation face a reckoning in the wake of an office sex scandal. As the female CFO clashes with her macho boardroom rival, it emerges that he may be guilty of more than just toxic masculinity. November 8 to December 4, Tarragon Theatre

A teen classic gets the Broadway treatment

13 “Will she braid your hair? Will she eat your heart?” So goes one of the wickedly witty songs in the Broadway version of Tina Fey’s classic teen comedy. Written by Fey and composer Jeff Richmond, with lyrics by Legally Blonde’s Nell Benjamin, Mean Girls is a hilarious dive into the scary jungle of high school cliques. As “apex predator” Regina George and her pink-clad pack stalk the halls of North Shore High, new girl Cady dares to sabotage their power with the help of two sardonic outcasts. All that’s missing is narration by David Attenborough. Until November 27, Princess of Wales Theatre

An evening among friends

14 Sisterhood is one of the prevailing themes of artist Nicholle Kobi’s oeuvre, so combining an exhibition of her work with an evening of mixing and mingling seems appropriate. As part of the one-night-only pop-up event in Brockton Village, the Black French illustrator will showcase her much-coveted prints, tees, greeting cards and totes while attendees drink, shop and schmooze. Kobi keeners with premium tickets can also partake in a painting class and dinner with the artist. The dress code: Afro-Frenchie chic. November 5, 442 Dufferin St.

15 Toronto’s 12th annual Silent Film Festival tiptoes into town this month with nary a peep. Documentaries, comedies and costume epics from the 1920s will take over the Revue for three days, with many screenings accompanied by the dulcet tones of live musicians. South, about Sir Ernest Shackleton’s 1914 Antarctic expedition; The Spanish Dancer, a 1923 epic starring Pola Negri; and the sensibly titled Why Change Your Wife?, a Cecil B. DeMille–directed comedy, are among the classics lined up. Earplugs are optional but likely unnecessary.

A page-turner for Succession fans

16 At the centre of Elyse Friedman’s debut novel is the future of a family fortune. When a romance blooms between Alana Shropshire’s 76-year-old father and his vivacious 28-year-old nurse, Alana suspects that her brothers’ desire to “protect Dad” is driven not by familial love but by concern for their inheritance. The Opportunist is a thrill ride that will have fans of Succession glued to the page.

Recommended by Roland Gulliver, director of the Toronto International Festival of Authors 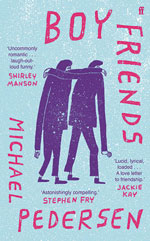 “I just finished reading Boy Friends, the new memoir by Scottish poet Michael Pedersen. It’s both a joyful celebration of the friendships we cherish as we grow and a heartbreaking portrayal of the sheer grief that comes from losing your best friend. It’ll leave you smile-crying!”

“Pulleys and Gears” by Sister Swire 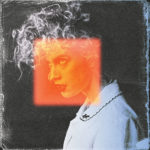 “I’ve had Sister Swire’s new single, ‘Pulleys and Gears,’ on repeat! Singer Sarah Swire and I met on Murdoch Mysteries when she played evil twins who kidnapped me and hid me inside of a tree. No matter what she’s doing, it’s unexpected, clever and has a twisted, clownish cheekiness to it.” 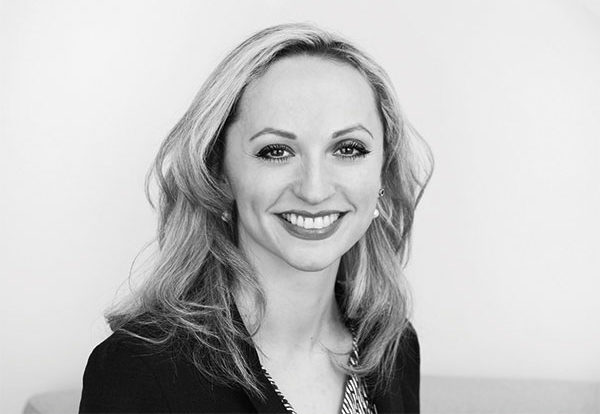 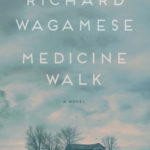 “I’m engrossed in this beautiful story about a father and son and their journey of redemption. It brings to life the deep layers within each of us and how a complex past, especially when marred by intergenerational trauma, affects who we are and how we approach the world.”