In February 2018, Jessie Golem, a freelance photographer in Hamilton, found out she’d been selected to participate in Ontario’s basic income pilot project. She felt like she won the lottery. The three-year pilot, launched by the Wynne government, was meant to provide 4,000 low-income individuals in Hamilton, Lindsay and Thunder Bay with a maximum of $16,989 per year per person (or $24,027 per couple).

It might not sound like much, but to Golem, the money was a chance to set up her business. So when Doug Ford cancelled the pilot in July, Golem was furious: the program—only a few months in—had radically improved her life, along with the lives of others in similar financial situations. The last payments were sent out in March.

Since the project was cancelled, Golem has tracked down basic income participants and asking them how the project—and its disappearance—has affected them. So far, she’s shot 70 portraits. Her Humans of Basic Income series is showing at Cafe Pamenar until May 31 as part of this year’s Contact festival. Here, Golem discusses a few of her most meaningful portraits. 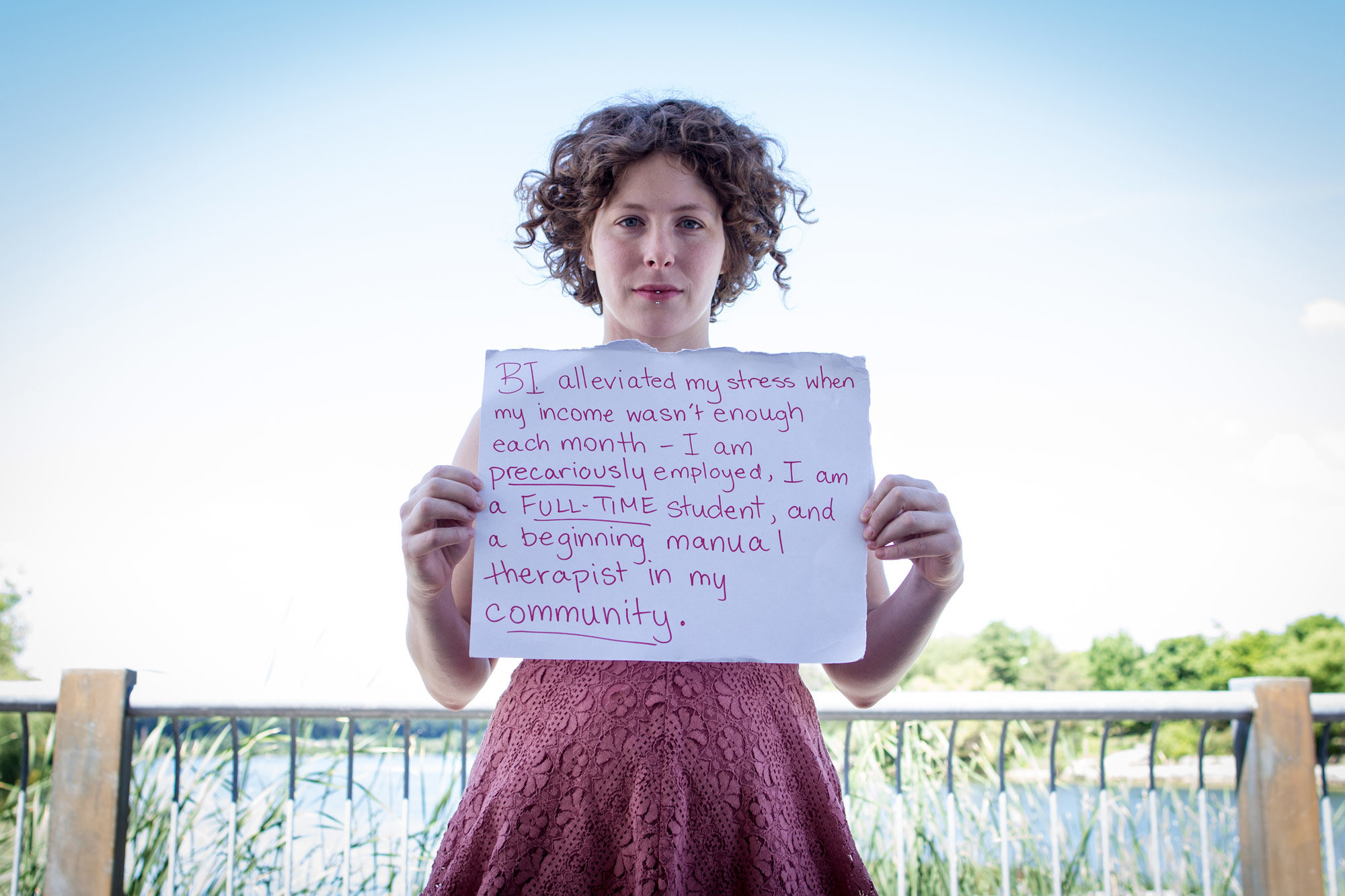 This is one of Golem’s good friends from Hamilton who bartends at night and studies to be an osteopath during the day. Neither knew the other was on basic income until a month before the cancellation. 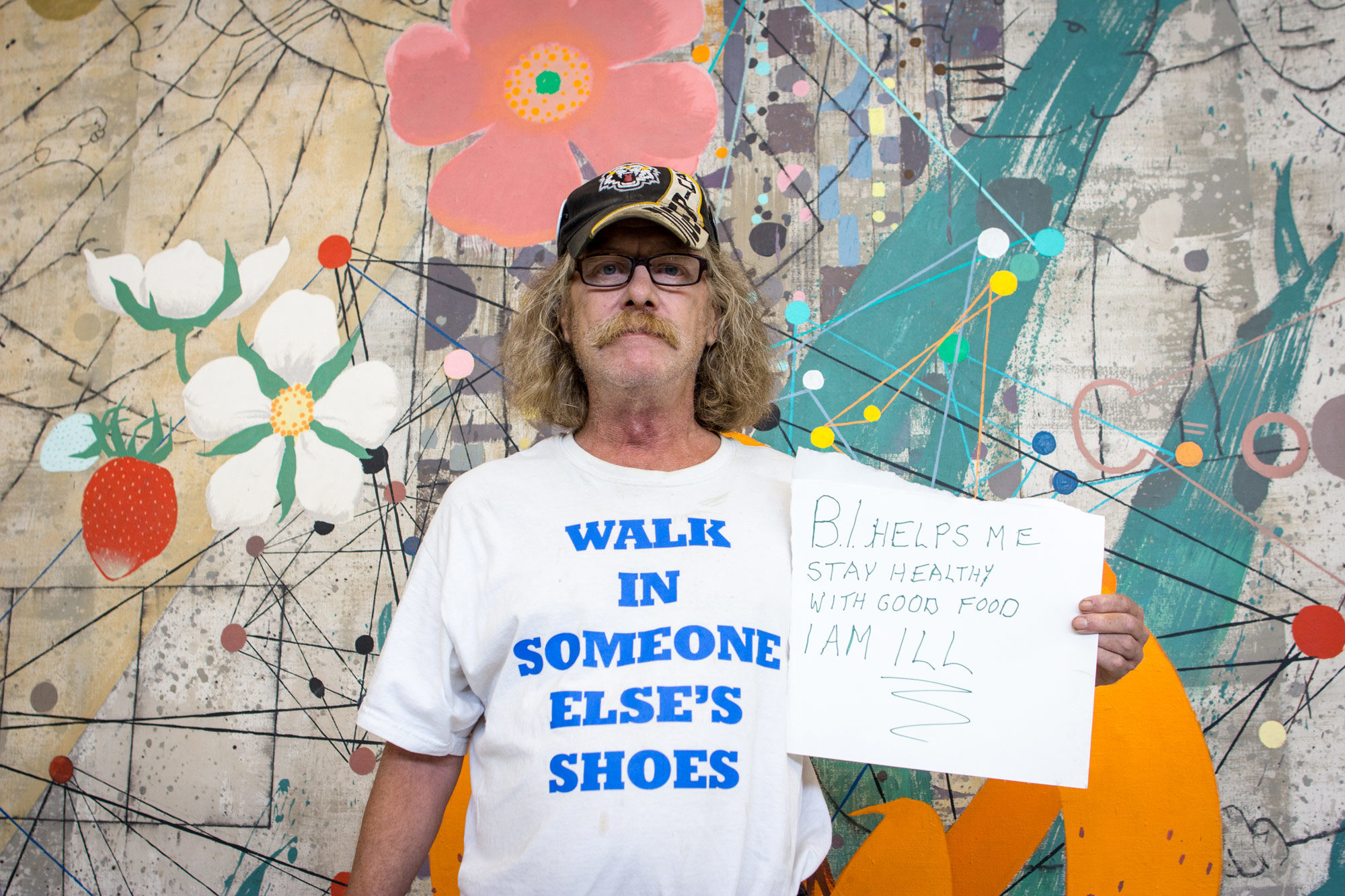 A permanent brain injury left this man unable to work and pushed him into poverty. On basic income, friends saw how much his life approved and he was able to visit his family out of town for the first time in years. 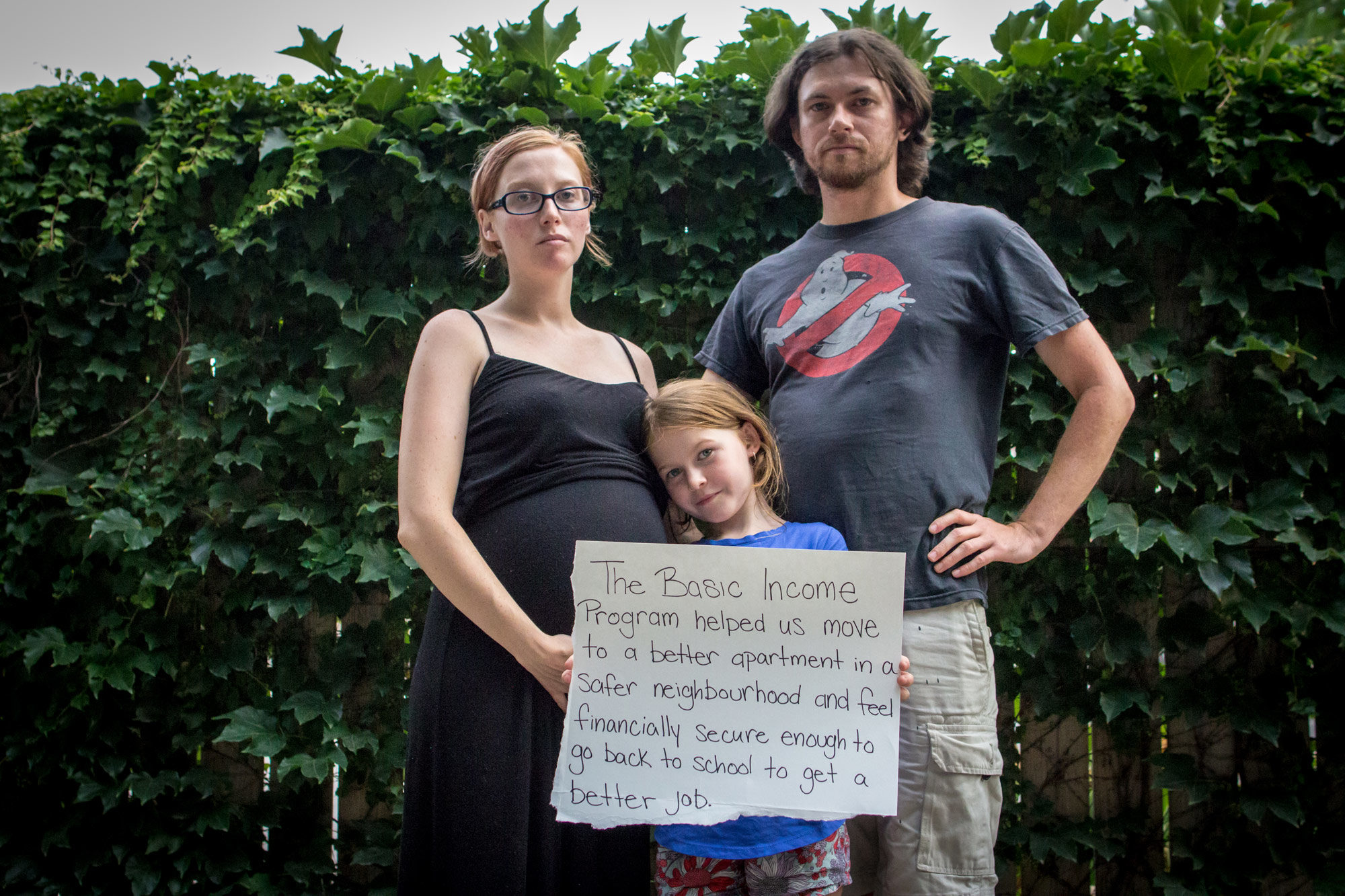 This family is also friends with Golem. She says they used to live in a rougher part of Hamilton and basic income helped them move to a safer neighbourhood. “They are two of the hardest-working people I know,” she says. 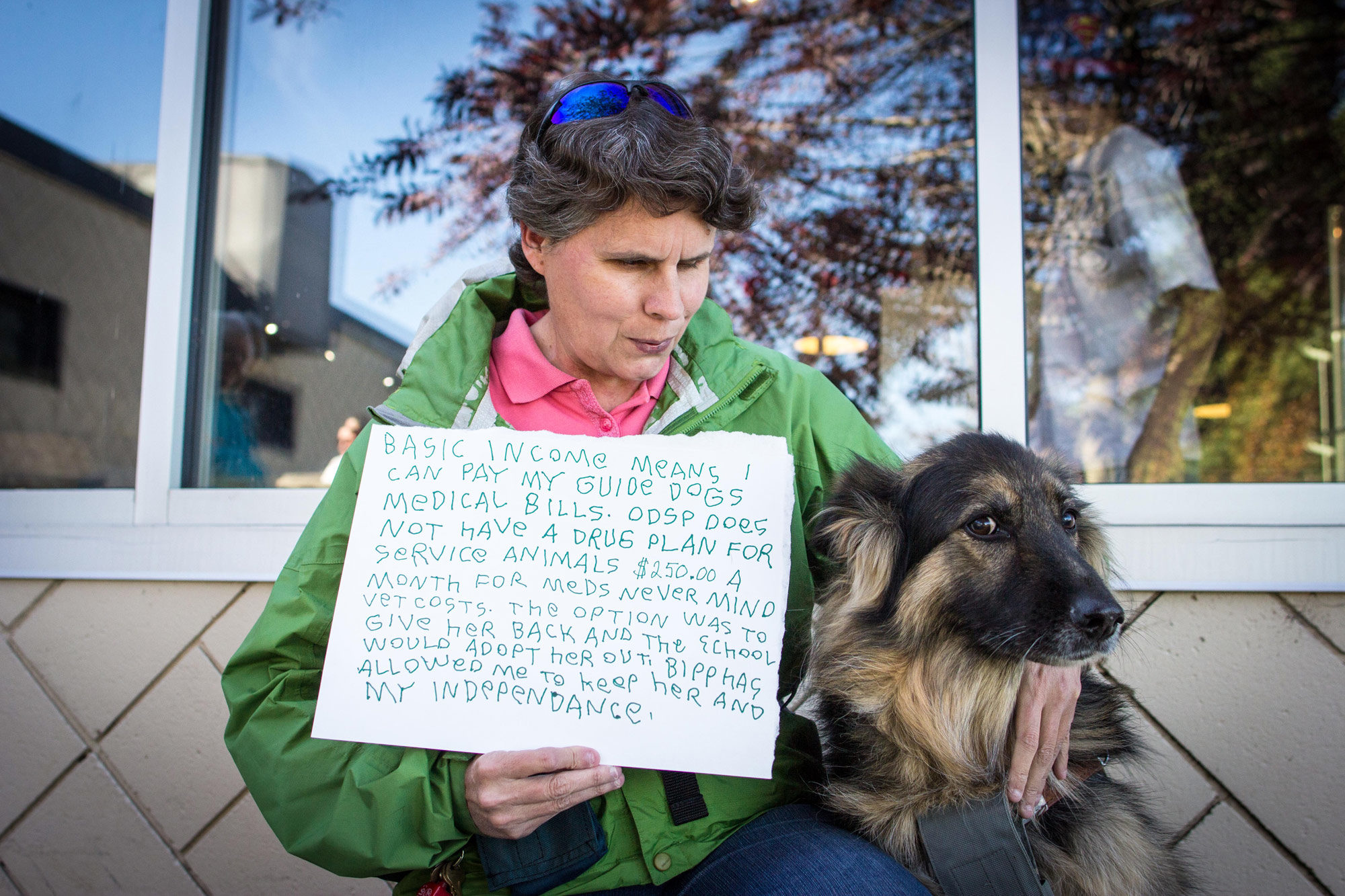 This woman in Thunder Bay is worried about losing her service dog. “When I was editing the picture, I had a panic attack: without basic income, she might not be able to access her city. The dog’s face has an expression of worry, I think,” says Golem. 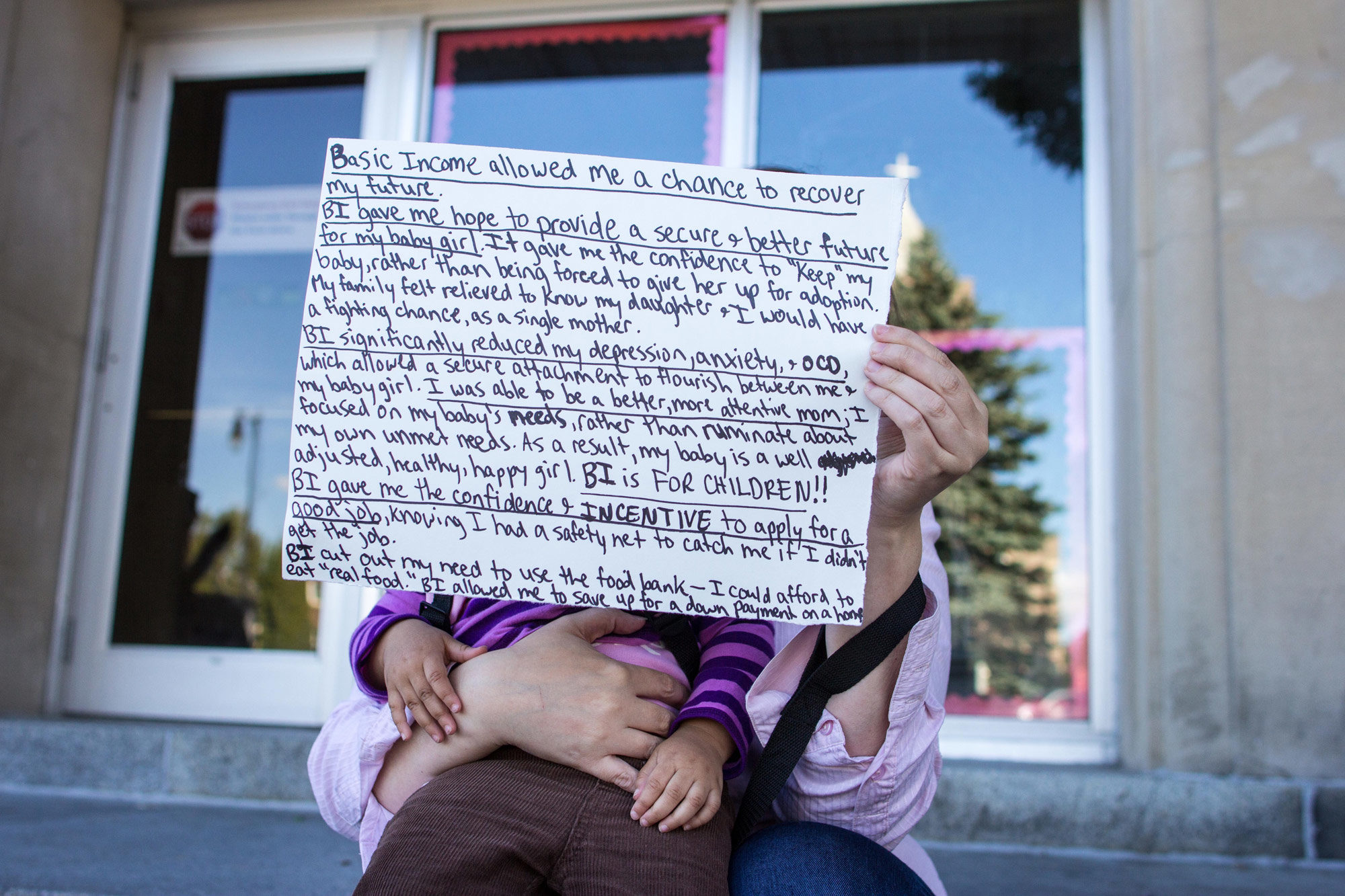 This woman asked to be anonymous because the father doesn’t know the child exists. Basic Income gave her support to set herself and her child up for a healthy life. 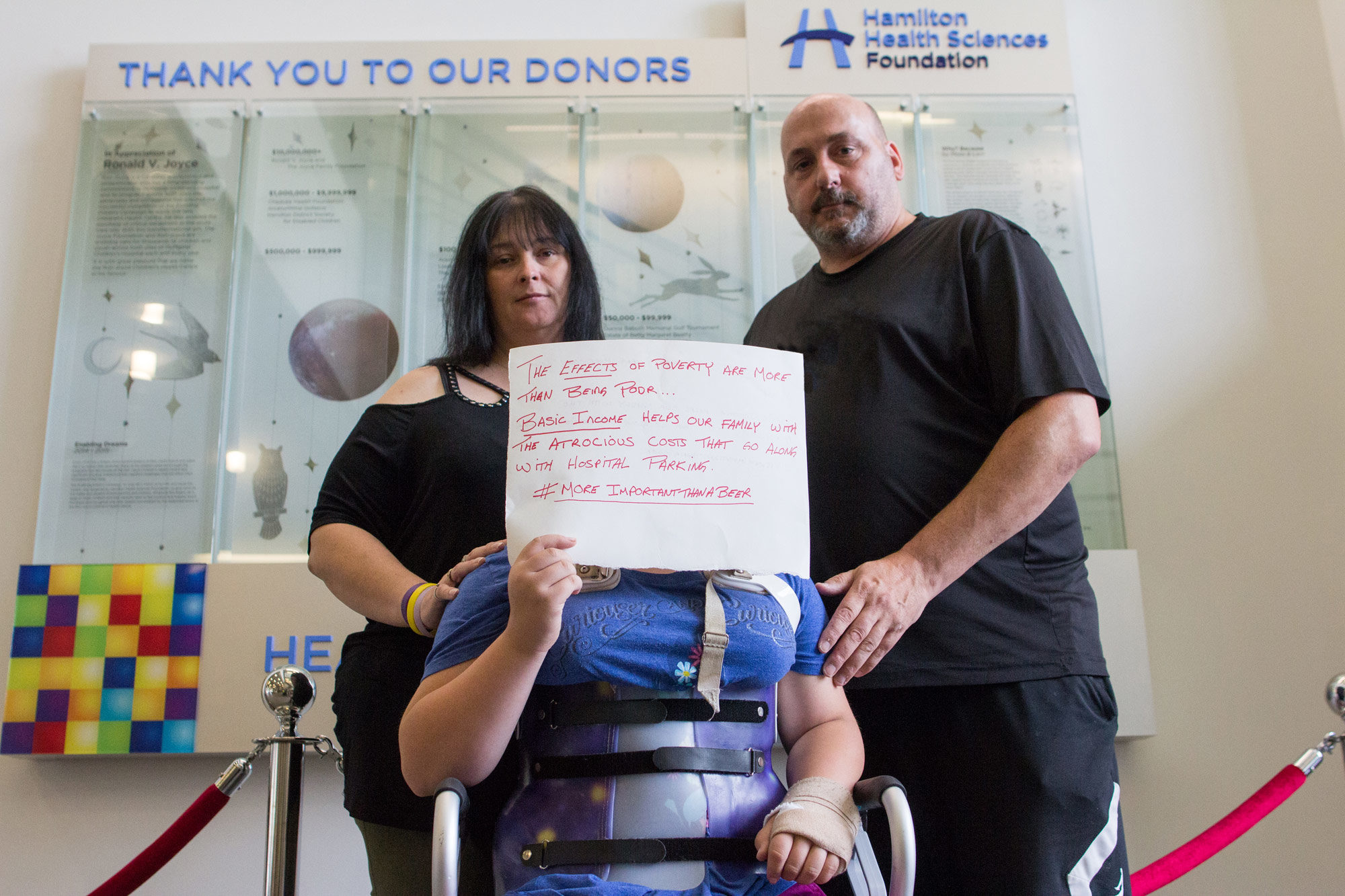 These parents are frequently in and out of hospitals. Their daughter has brittle bone disease and, despite both of them working full-time jobs, they still require basic income for unexpected healthcare costs, such as hospital parking. 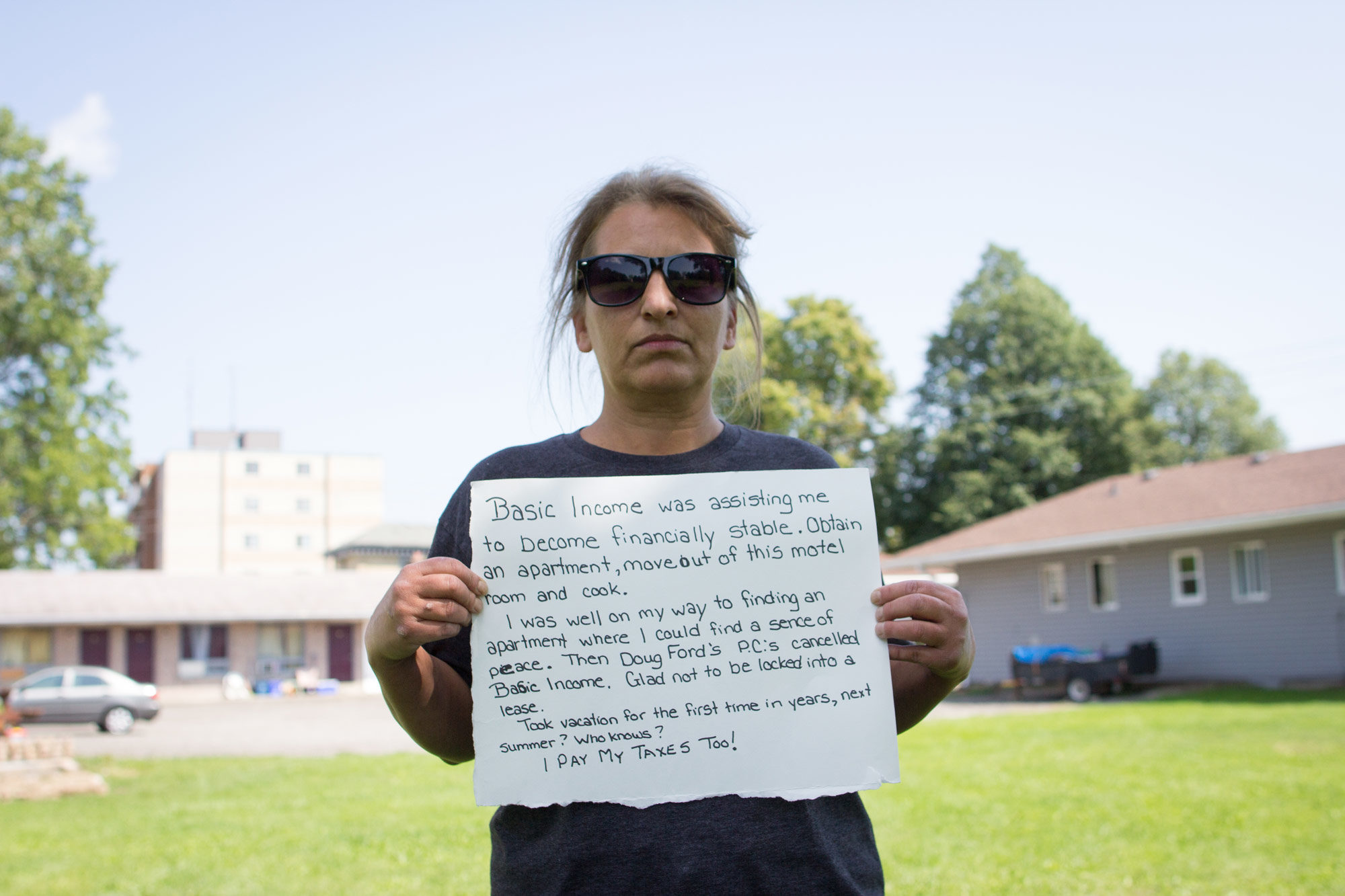 This woman works a minimum-wage service job and can’t afford housing, so she lives in a motel. “She showed me how she was washing her dishes and doing her cooking out of the bathroom sink,” says Golem. “She made plans to move into safer housing, but felt thankful that she didn’t act on those plans before the cancellation was announced, since she would have been locked into a lease she can’t afford.” 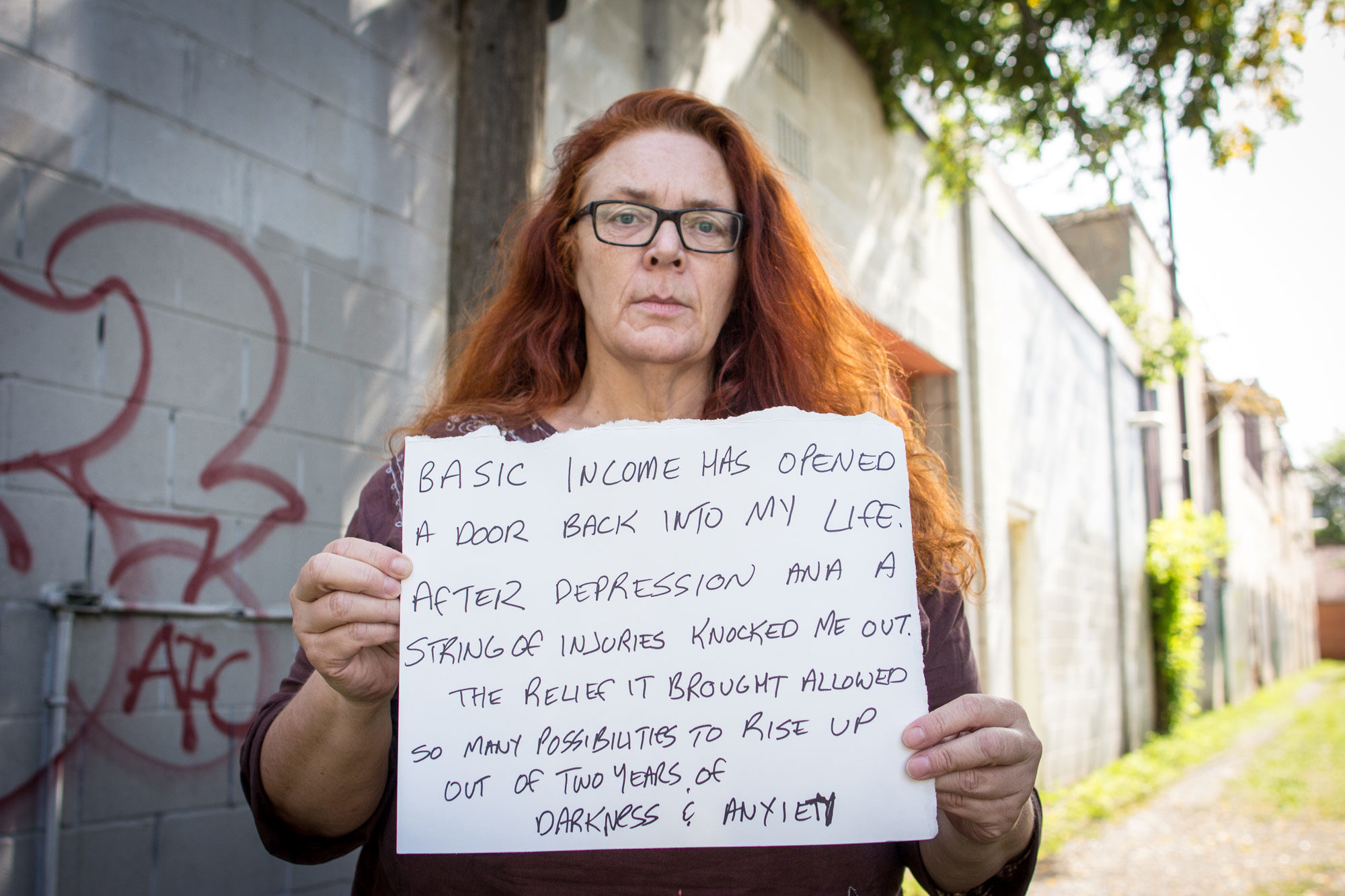 This woman was hesitant to participate in the portrait series. “She had never spoken openly about how her depression and mental illness kept her in poverty,” says Golem. 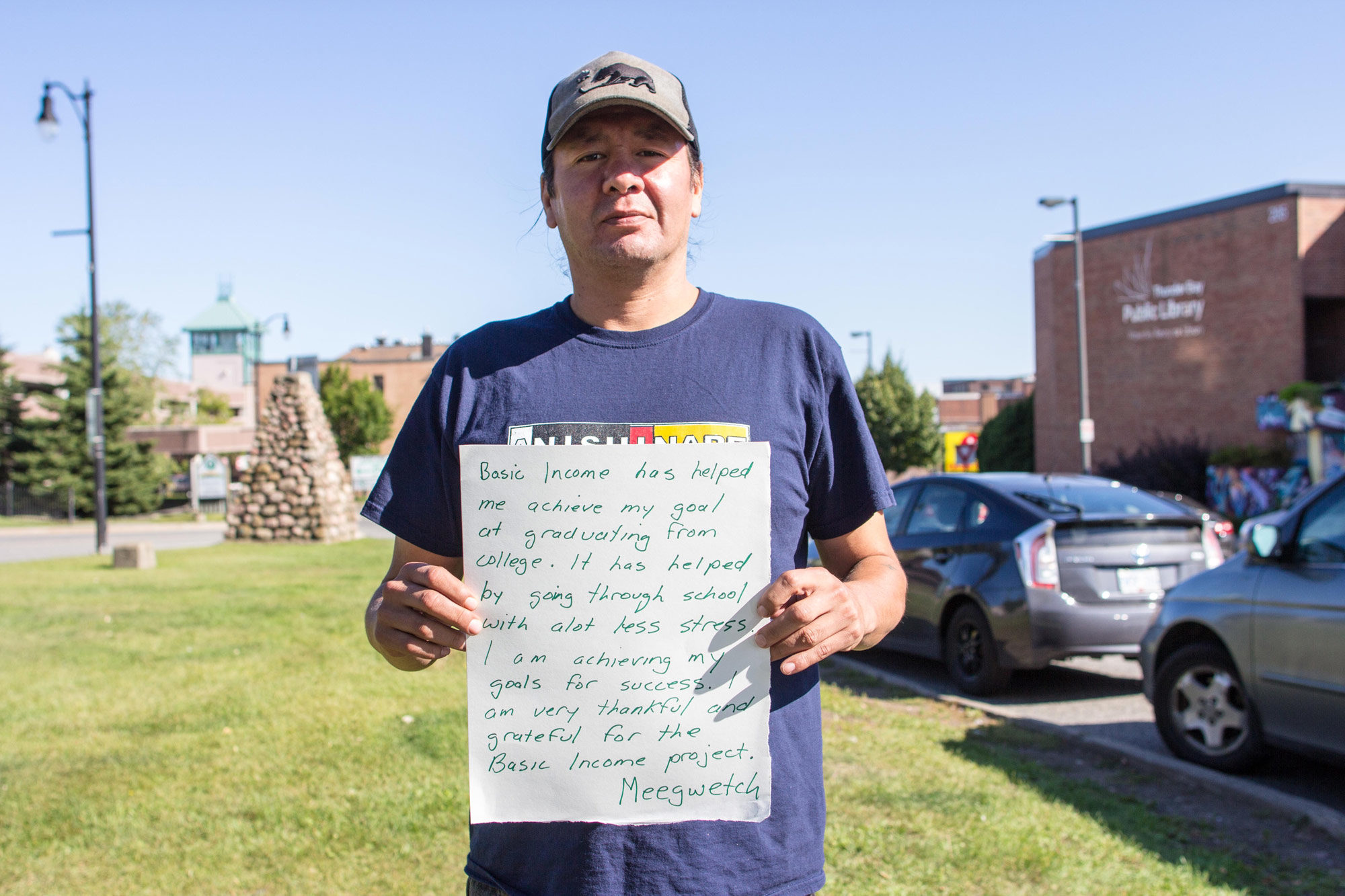 “This man told me stories of struggling with homelessness and addiction. He’s since gotten back on his feet and return to school and pick up a trade,” says Golem. Now, he works as an electrician.