Hot Docs,offers the best non-fiction film from around the world, but one pick in particular won’t take Torontonians too far from home. Integral Man, a feature by architecture-student-turned-filmmaker Joseph Clement, is a haunting postcard from inside Integral House, the late mathematician Jim Stewart’s colossal 18,000-square-foot mansion, abode and concert space on the Rosedale ravine. Here, five fascinating things we gleaned from the documentary.

Integral House’s creator almost ditched math for music
Stewart, a self-described “calculus rock star,” loved music and math equally. He became enamoured with the violin at age seven, when his grandmother gave him a half-sized instrument. As a math major at the University of Toronto, he almost transferred into the music program, but ultimately decided to just play violin on the side. Later in his life, he served as the concert master of the McMaster Symphony Orchestra and played professionally in the Hamilton Philharmonic Orchestra.

Math pays
Jim Stewart’s name may not be as marquee as Stephen King’s, but chances are you’ve read some of his books (usually under duress.) He began writing textbooks in the ’80s while teaching calculus at McMaster, where baffled undergrads said his chalk talk explained head-scratching theorems much better than official readings did. Stewart went on to become the most published mathematician in the modern world, second only to Euclid. His textbooks are used in 90 per cent of Canadian universities and remain best-sellers. The publishing windfall allowed Stewart to spare no expense in the construction of his magnum opus, Integral House, which is estimated to have cost around $34 million to build. Construction took six years and finished in 2009.

The house had just two requirements
Stewart envisioned Integral House to be a concert-friendly home in a ravine, like a Toronto version of Fitzcarraldo’s opera house in the Amazon. He combed the world in search of the perfect architect (he considered icons like Frank Gehry and Rem Koolhaas) before settling on Toronto’s Howard Sutcliffe and Brigitte Shim. Stewart had two paramount requirements: that the house’s design be based upon curves (hence integral—integral calculus concerns the areas under and between curves), and that it include a dynamic concert space that could comfortably seat 150 people. According to Sutcliffe, during the planning discussions, “99 per cent was about concerts, and a small fraction [was about] living in it.”

Live music sounds better at home
After its completion in 2009, Integral House concerts—featuring performances by Philip Glass and Steve Reich, and fundraisers for opera and classical groups in Toronto—were often the hottest ticket in town. When Stewart was diagnosed with cancer in 2013, and given a few months to live, he planned a wake with a mass of performances, including one from soprano Measha Brueggergosman. The line-up was so stellar he decided to move the date forward so he could actually attend it himself.

Stewart didn’t mind the ogling architecture students
Glenn Lowry, director of the Museum of Modern Art, once called the Integral House “one of the most important private houses built in North America.” Curious architecture students often lurked outside for a glimpse; almost as often, Stewart invited them inside for a full guided tour. Integral Man cinematographer Jackson Parrell glides his camera delicately through the home, slowly revealing its eccentric beauty and curves, like the inside of a stringed instrument. The takeaway: that enormous risk taking—who builds a house based on calculus?—created something majestically original, and that Toronto’s cookie-cutter architecture culture could use much more of this punky, pioneering attitude.

Integral Man screens May 2, 3 and 5 at various theatres. 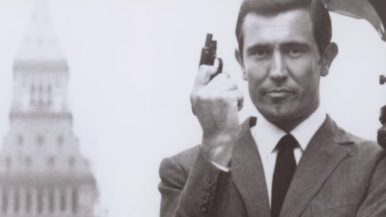 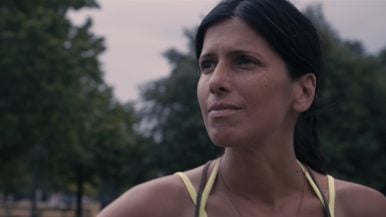