It’s unclear what actor Roland Møller (far right) was up to with his phone. He’s pictured with director Noer, Hunnam and fellow star Yorick van Wageningen:

Hunnam was a bit better at snapping selfies:

And has mastered the very effective “surprised” pose:

Call Me By Your Name Premiere Party

It was busy in there:

The three stars (from left: Chalamet, Guadagnino, Hammer) hung out together:

Hammer also mingled with the masses:

And found something to giggle about:

Jones showed up to her premiere in reflective glasses and signed merch for fans outside:

Inside the afterparty, the crowd grooved to beats by Jojo Flores. Paul Mason (a.k.a. Fashion Santa) was certainly vibing:

What a party! @gracejonesofficial was getting down at her TIFF movie premier after party on the rooftop of @broadviewhotel I've played many @tiff_net events over the past 10 years and last night was the most fun. #gracejones #tiff #torontofilmfestival #bloodlightandbami

As per usual, indie film distributor Mongrel Media is taking over the Campbell House Museum this week for series of rowdy parties and concerts to celebrate the 14 films they have at TIFF this year.

Last night, Shia LaBeouf showed up to give the camera a strangely blank yet moody stare: 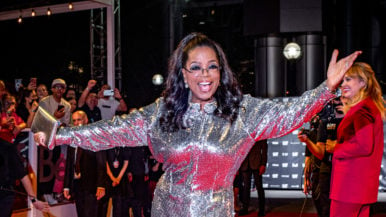 A roundup of the glitziest, best-dressed stars of TIFF 2022 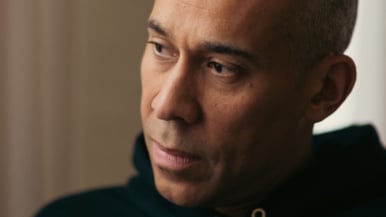 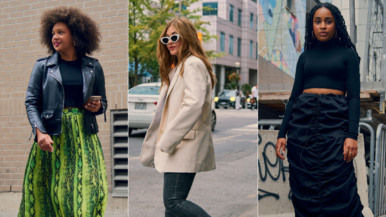 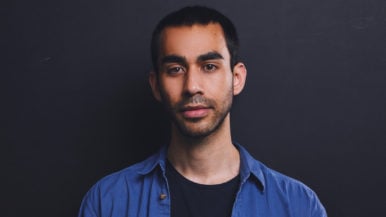 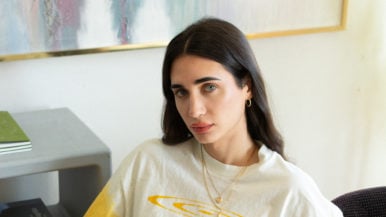 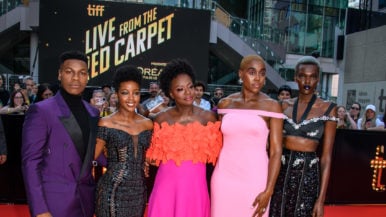