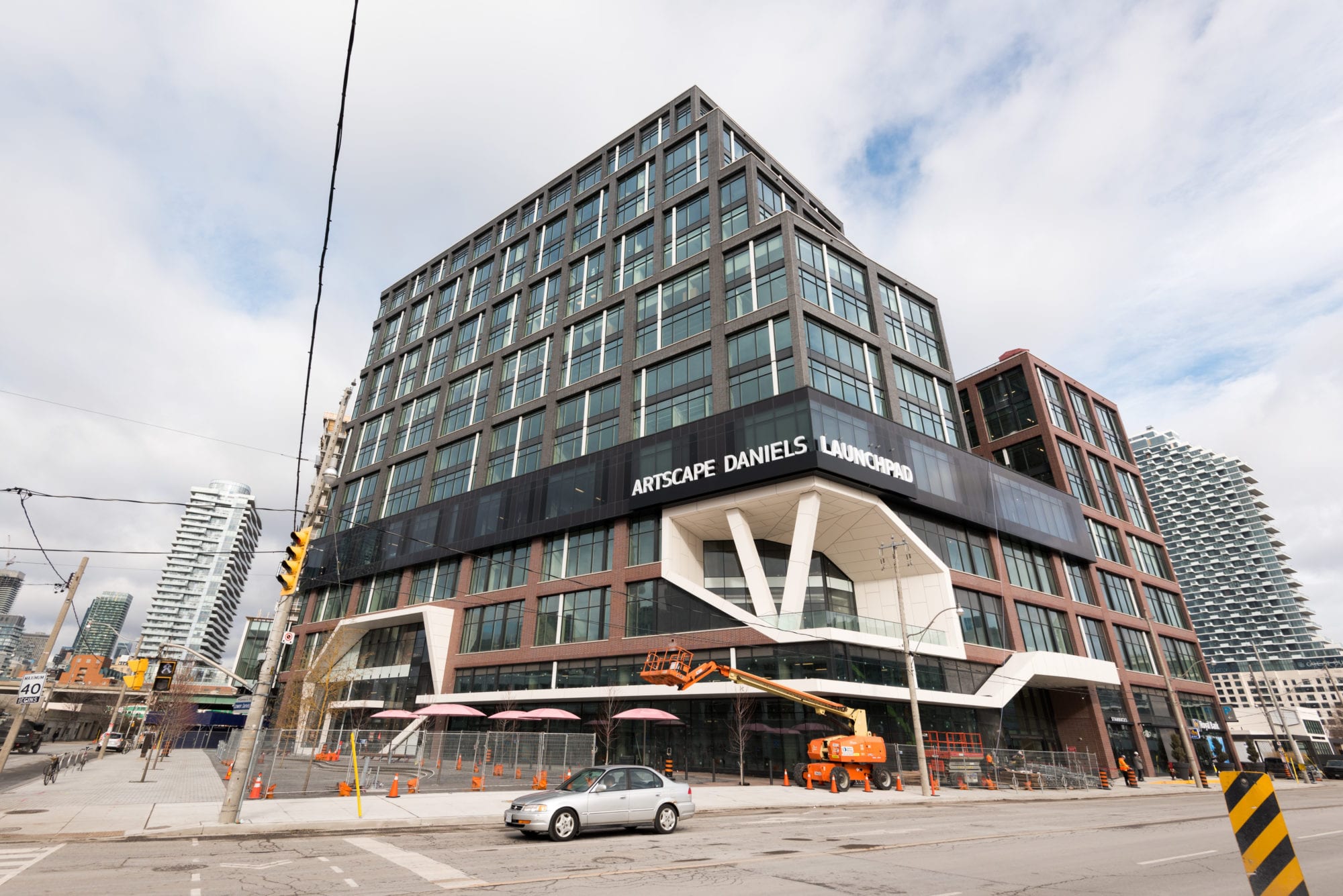 What: Artscape’s new collaborative space for creatives
Where: The fourth floor of the new Daniels Waterfront–City of the Arts building on Queens Quay
Size: 30,000 square feet for over 700 members

A decade ago, the brass at the Toronto-based non-profit Artscape decided to create a collaborative space where artists could learn business skills and turn their pursuits into profitable ventures. “There’s a disparity between the amount of training creatives get and their relative lack of income,” says Caroline Robbie, the lead designer on the project, which was headed by Quadrangle. “So many of them are forced to supplement their pay by working other jobs, and we want them to be able to focus on their creative work.”

After some four years of design planning and two years of construction, Launchpad finally moved into its new space earlier this month. The building houses Artscape’s headquarters, a massive multifunctional event space, a dedicated workshop space for things like jewellery making and woodworking, and, come December, a digital media lab with a top-notch recording studio, established by The Weeknd’s creative director, La Mar Taylor.

Launchpad members pay a monthly fee to use the space (prices range from $50 to $125 per month). To help push their members out into the real world, Launchpad offers mentorship programs, helps with grant sourcing, business planning, and pitching opportunities with collaborators like Apple, Adobe and Facebook. Here’s a look inside the space.

When guests arrive to the fourth floor, there’s a reception desk and a hallway of artwork. “We wanted to create a polished interior that balances creativity and professionalism,” says Robbie. 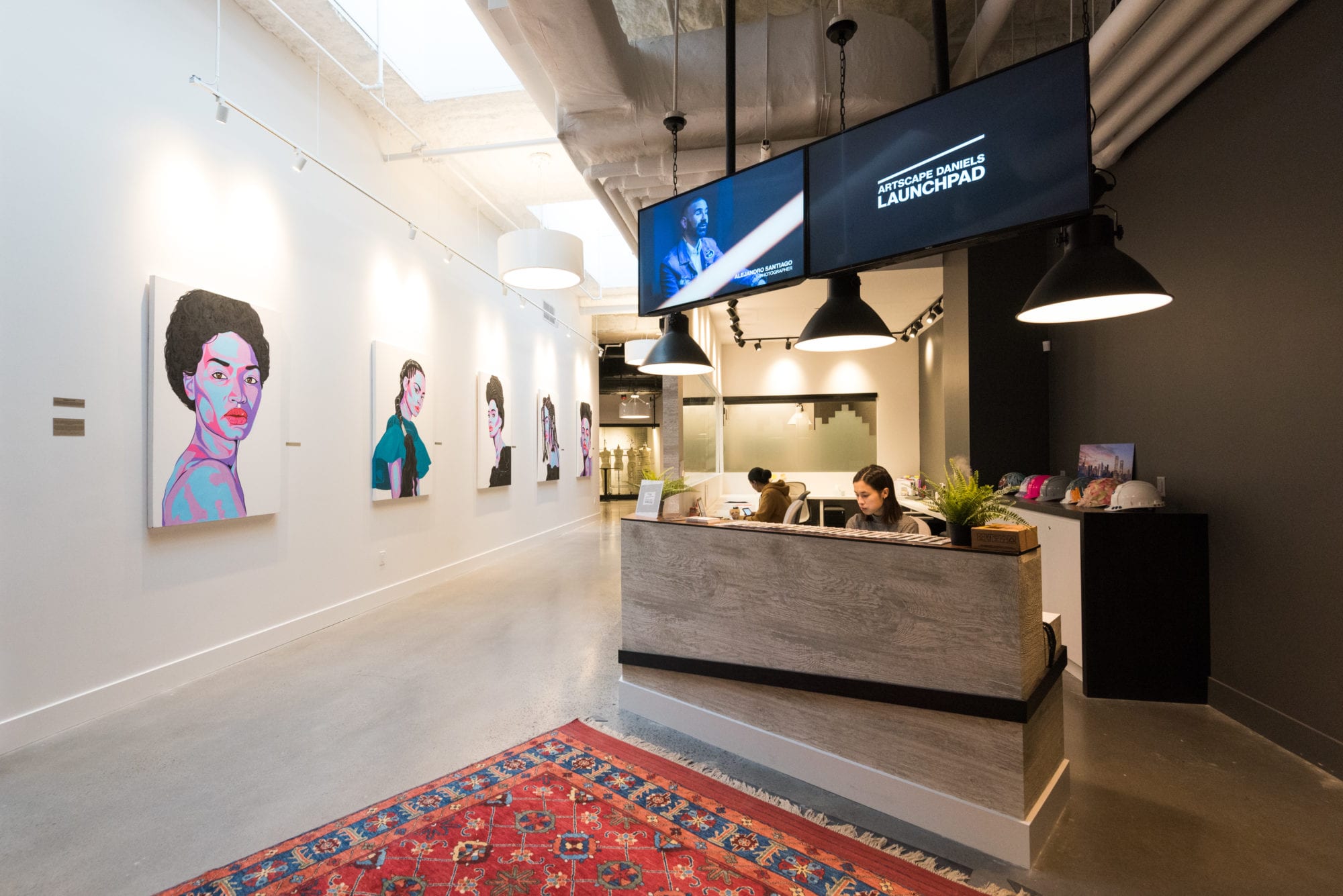 Portraits by Toronto-based painter Benny Bing are currently on display, and also for sale (this one costs $4,000): 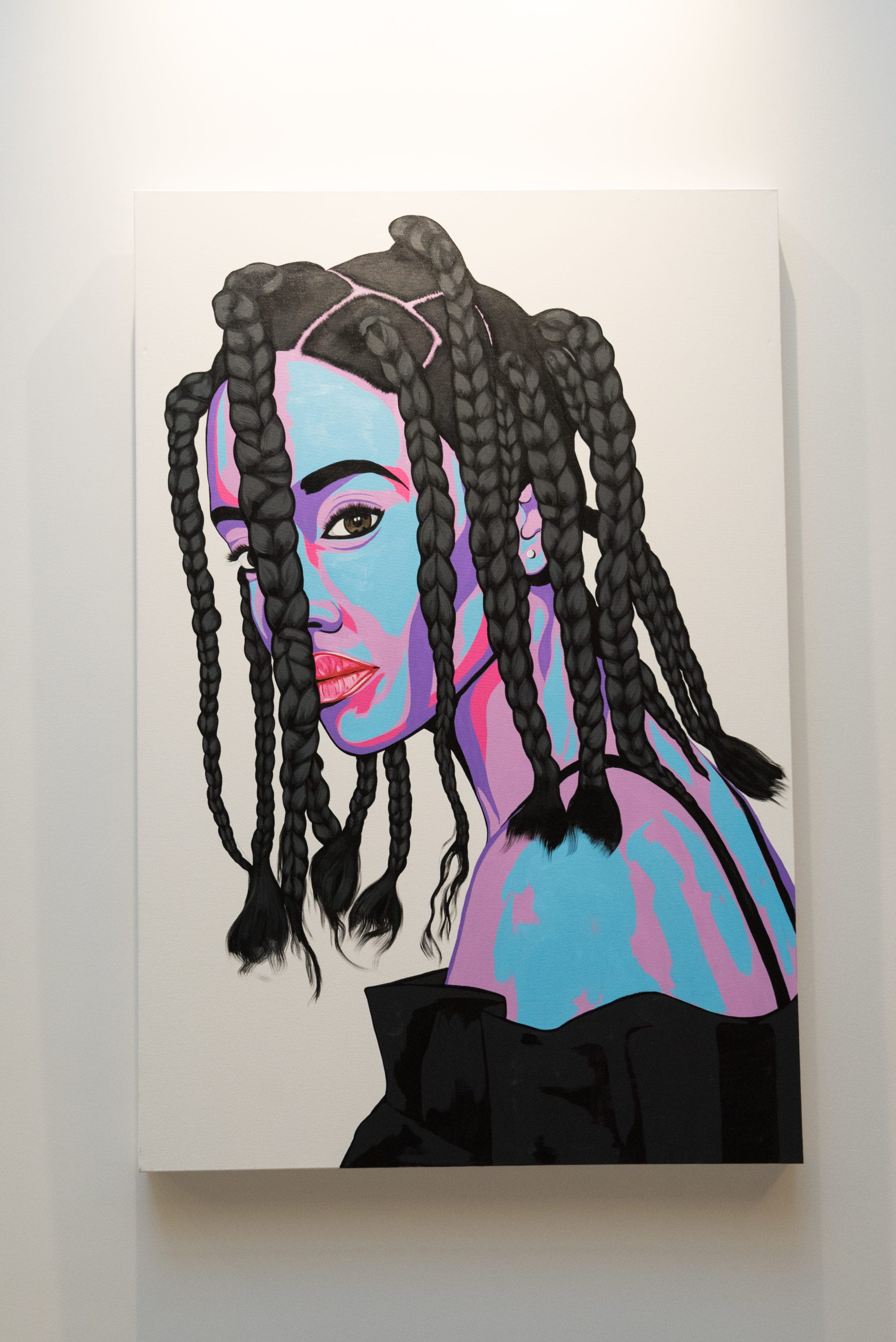 This 6,200-square-foot multipurpose hall divides into three soundproof rooms. It can be used for learning programs, rehearsals, performances, conferences and events: 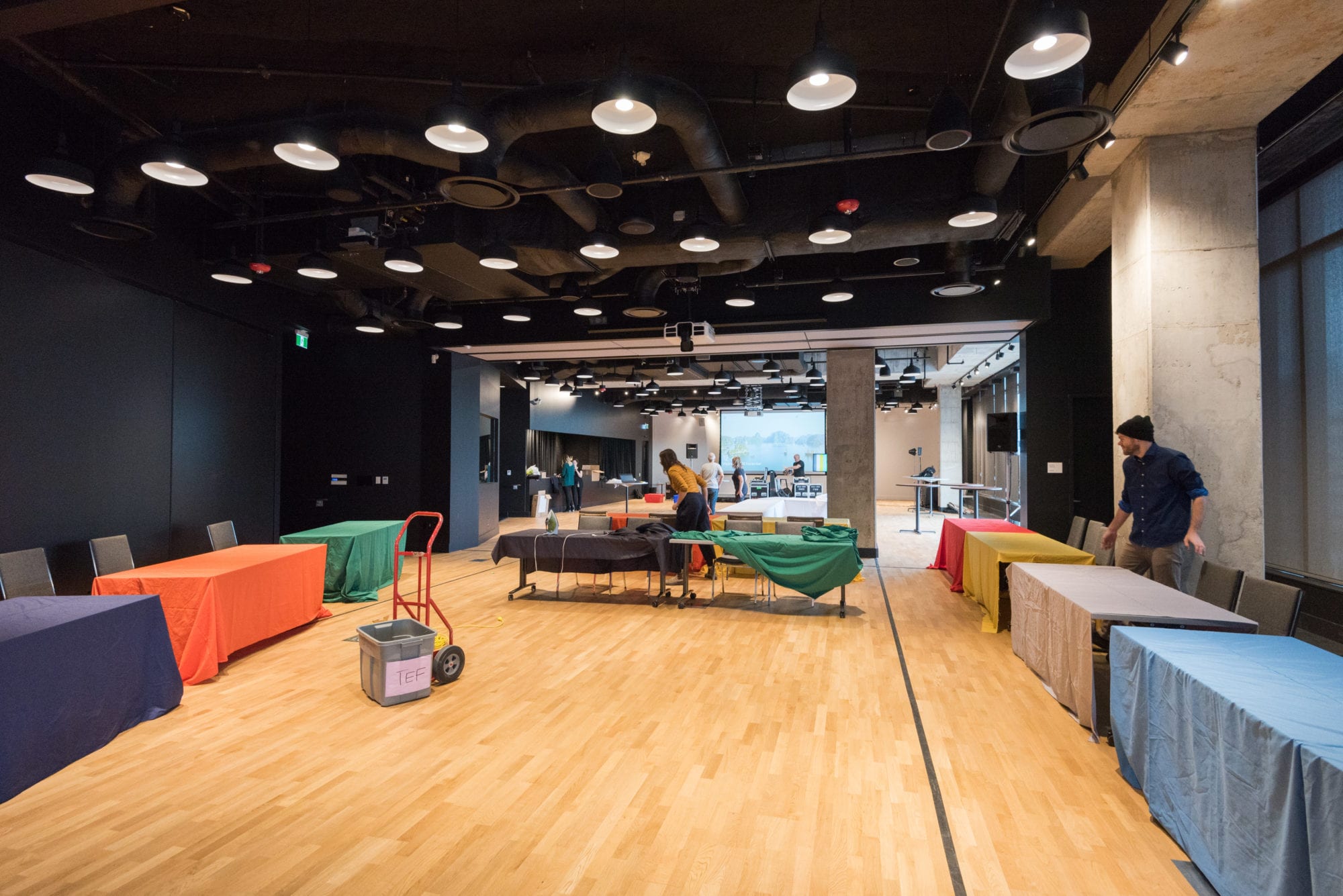 Each meeting room was designed with creativity in mind. “Think of how boring board rooms usually are,” says managing director Karim Rahemtulla. “We wanted to bring creativity into spaces where there isn’t usually any.” 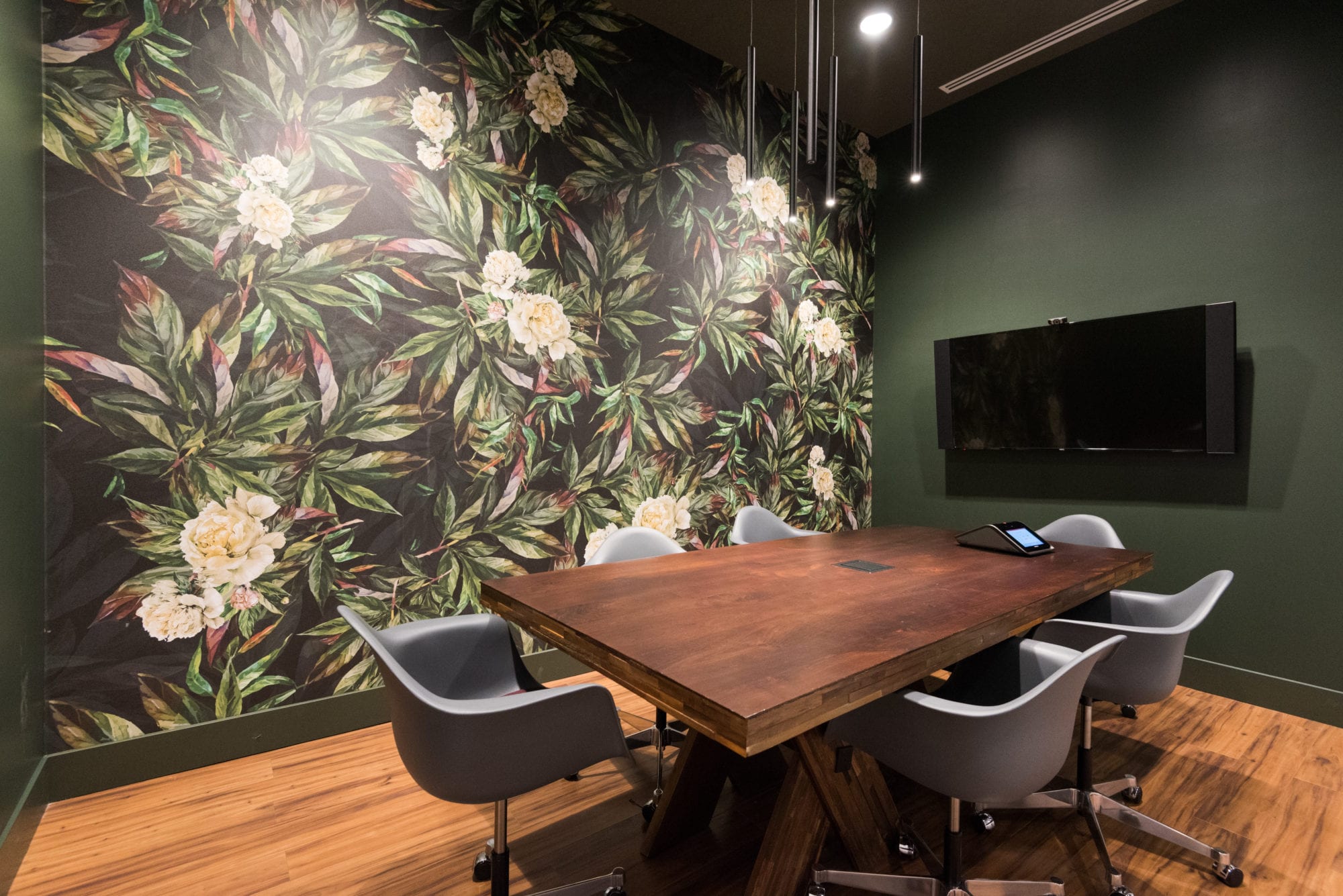 The board room was decorated using reclaimed gym floors from Parkview High School in Dundas, Ontario: 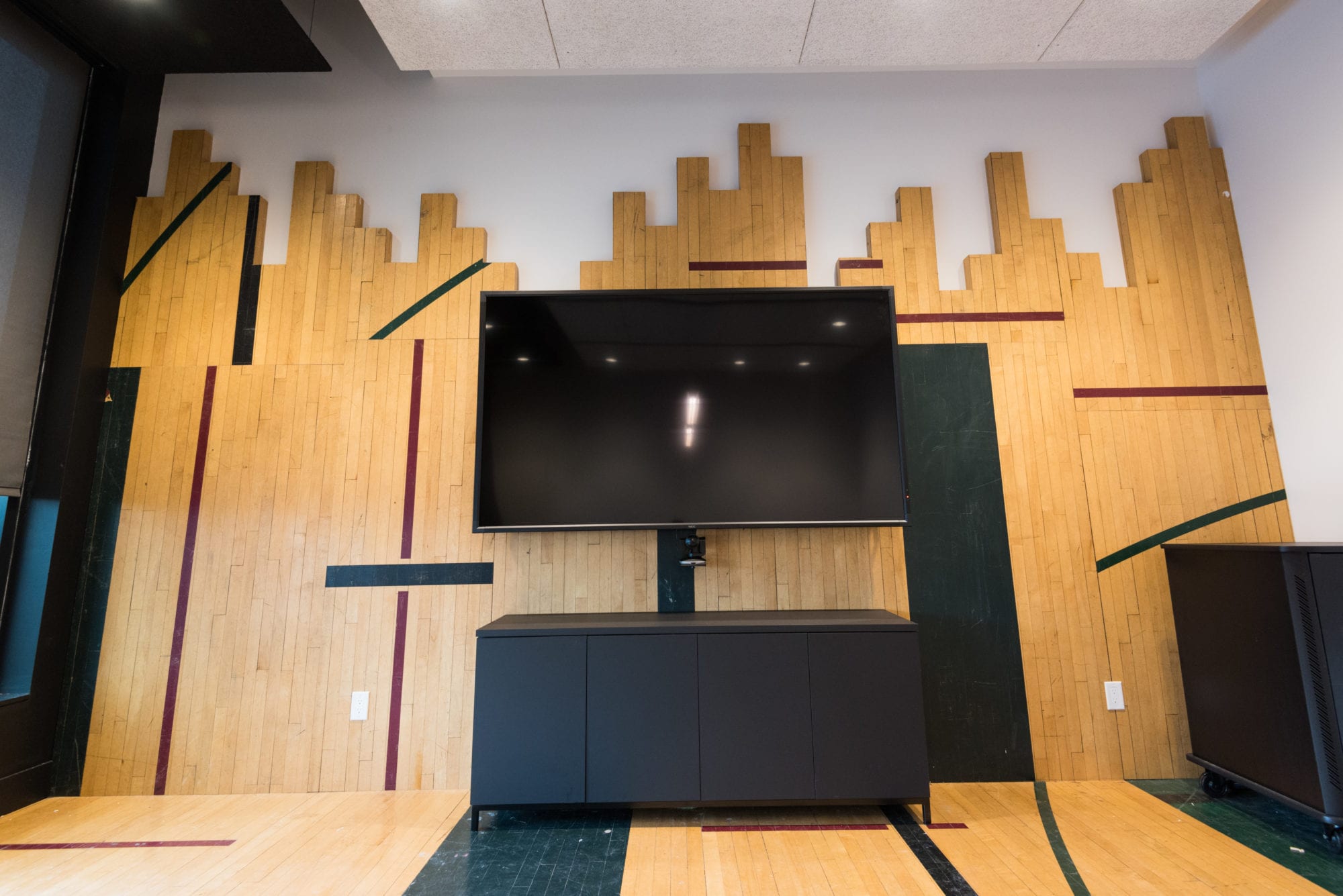 Here’s the window that looks into the fashion and textiles space: 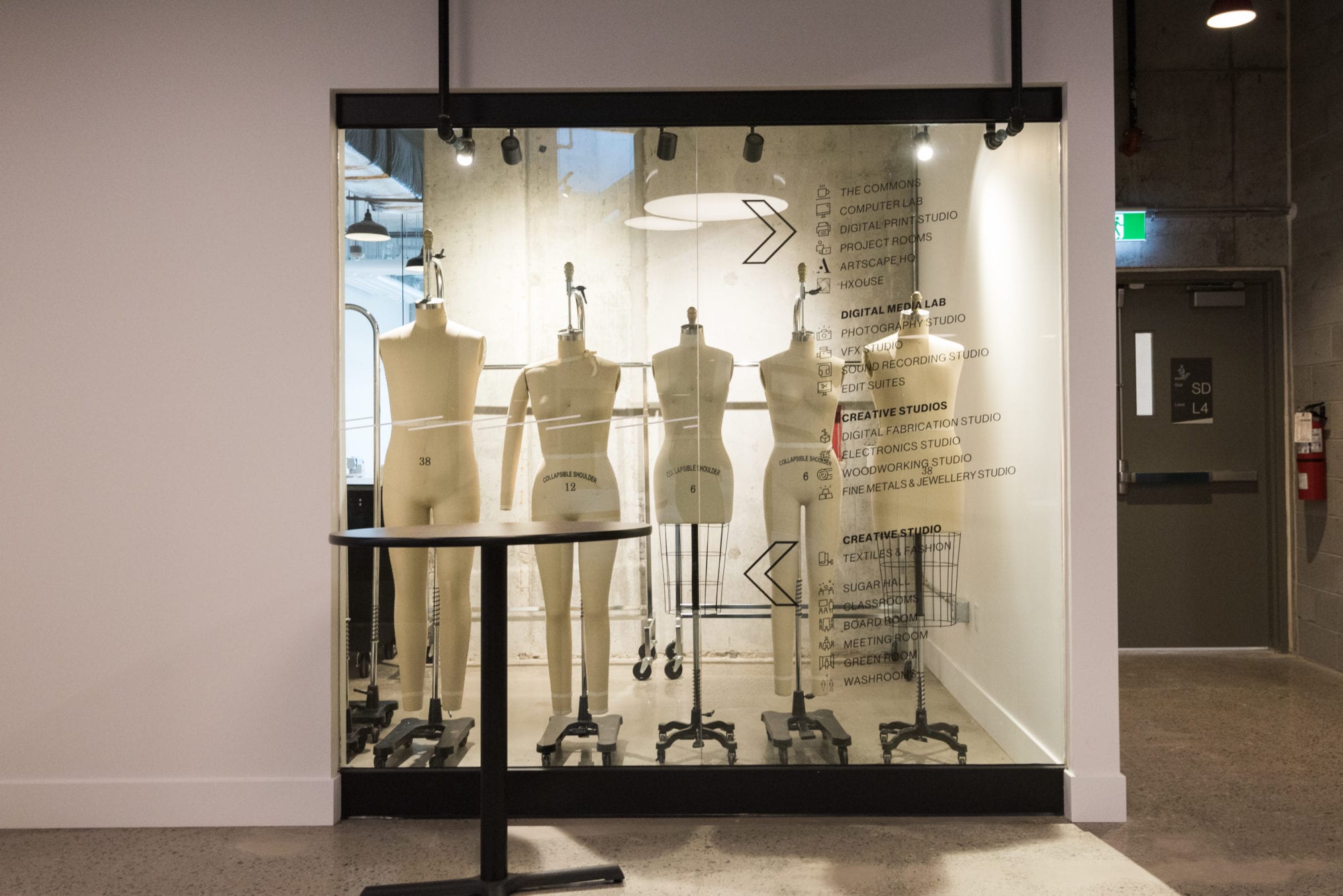 Inside, there’s a 3-D printer that prints fabric directly from computer programs like Adobe Illustrator. The team installed this equipment last to ensure everything was as up-to-date as possible. “This definitely wasn’t the same machine we were looking at three years ago when we started working on the project,” says Robbie: 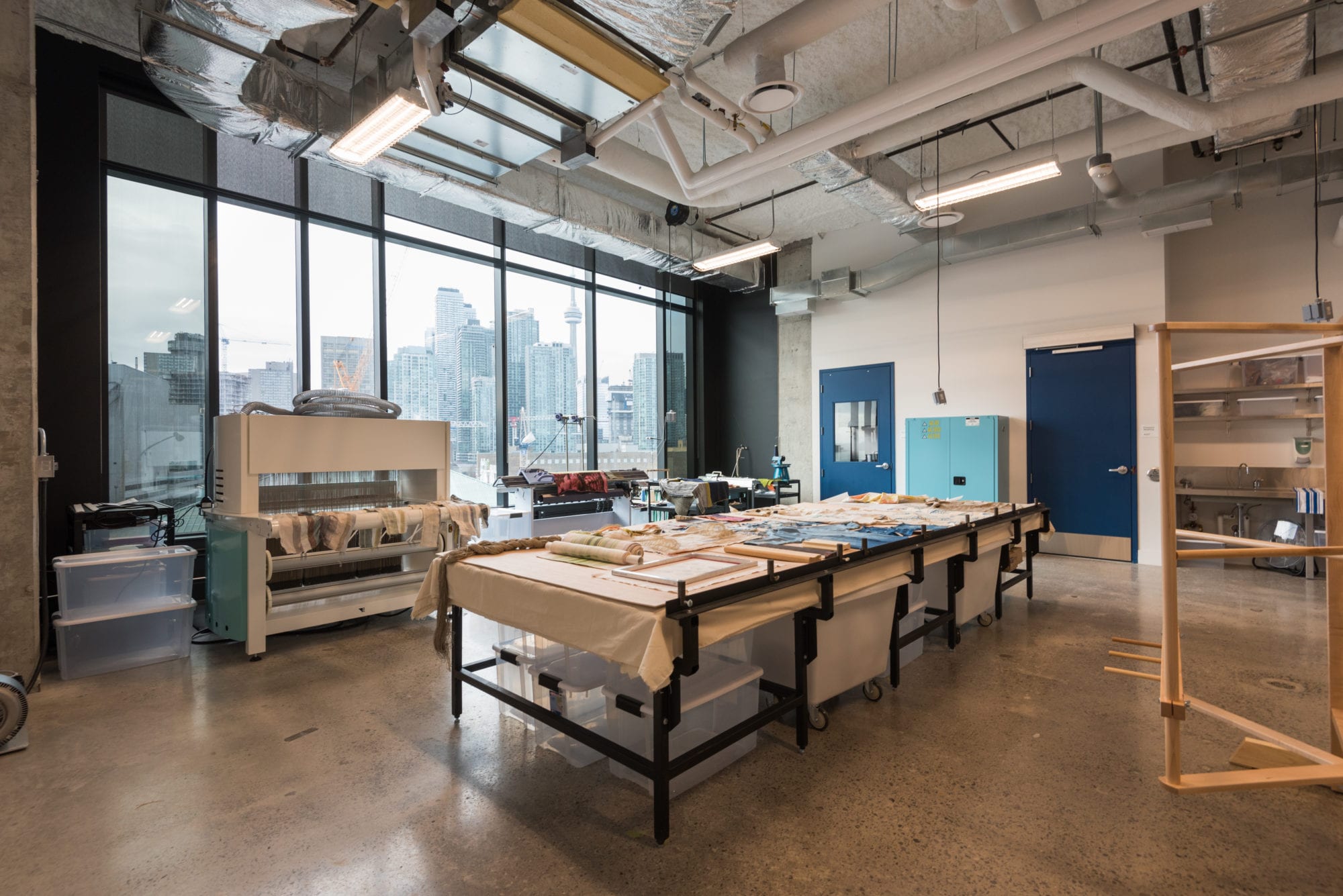 Here’s where members work with fine metals to create jewellery: 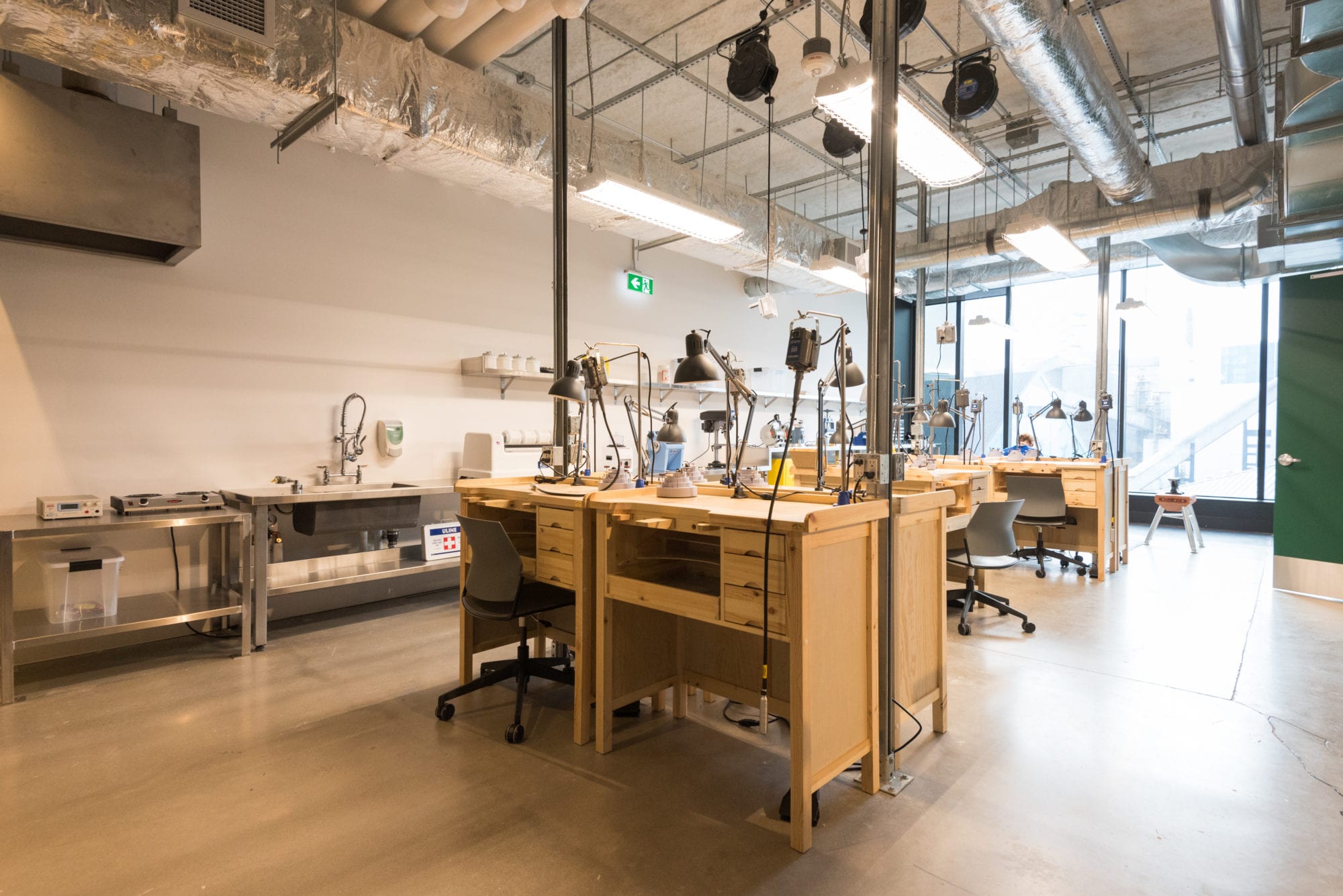 This is the hot room. Messier projects, like welding, happen here: 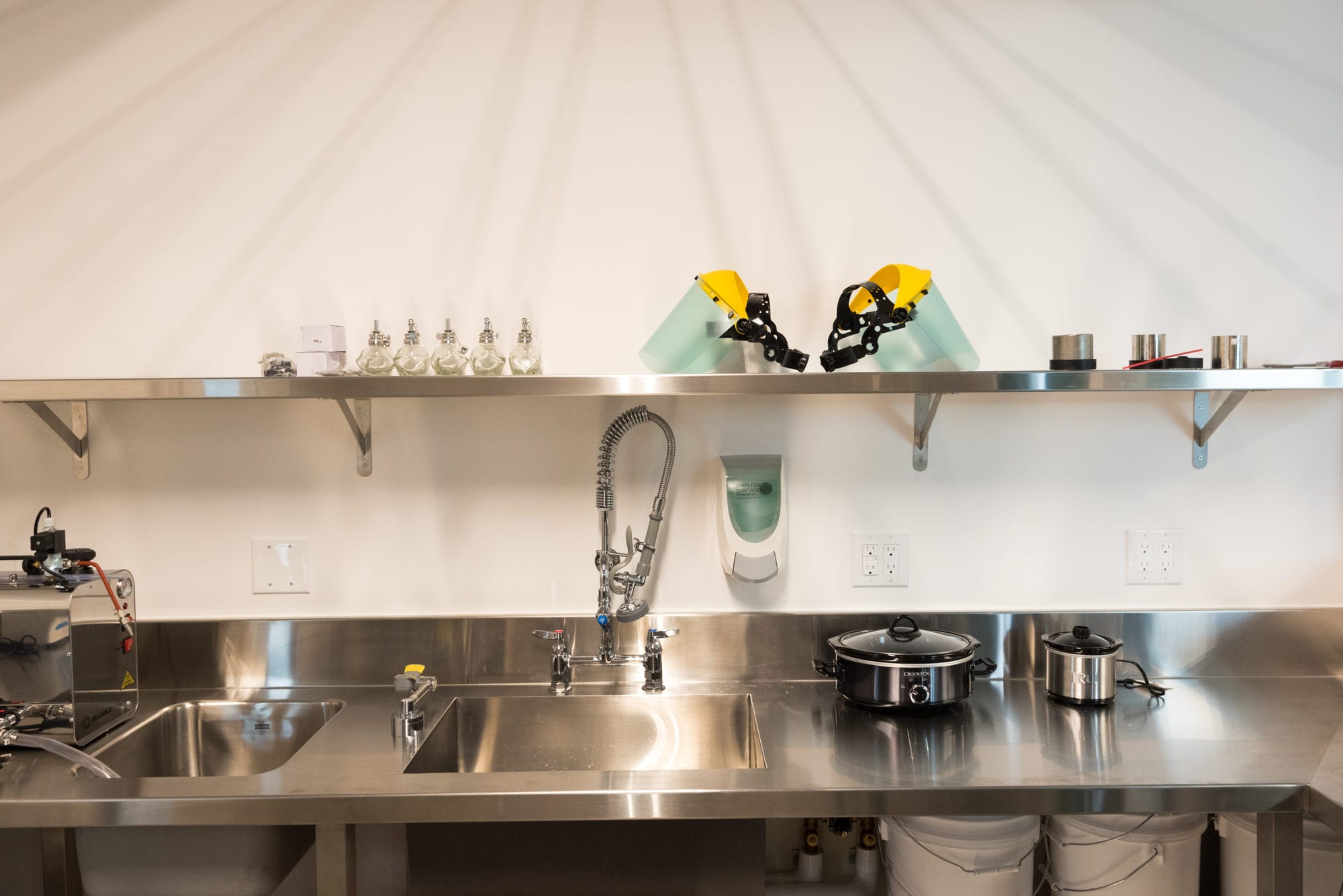 There’s also a woodworking studio with a laser printer and CNC router, which is used to cut various materials: 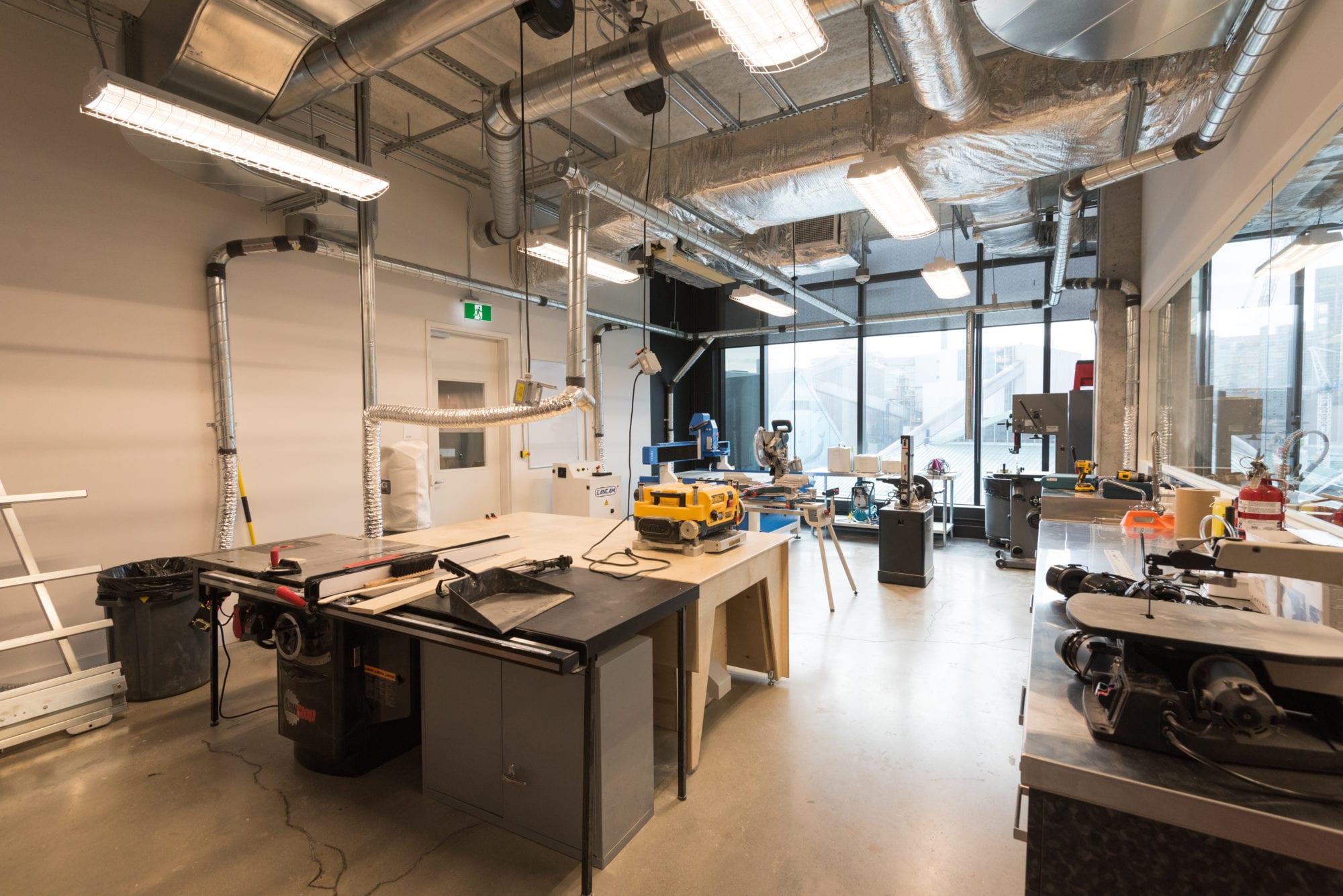 Here’s the computer lab. “We wanted to figure out a way to get all of these different occupancies—some of which are dirty and noisy, and some of which require quiet space—to work together,” says Robbie. Glass windows connect all of the workshop spaces: 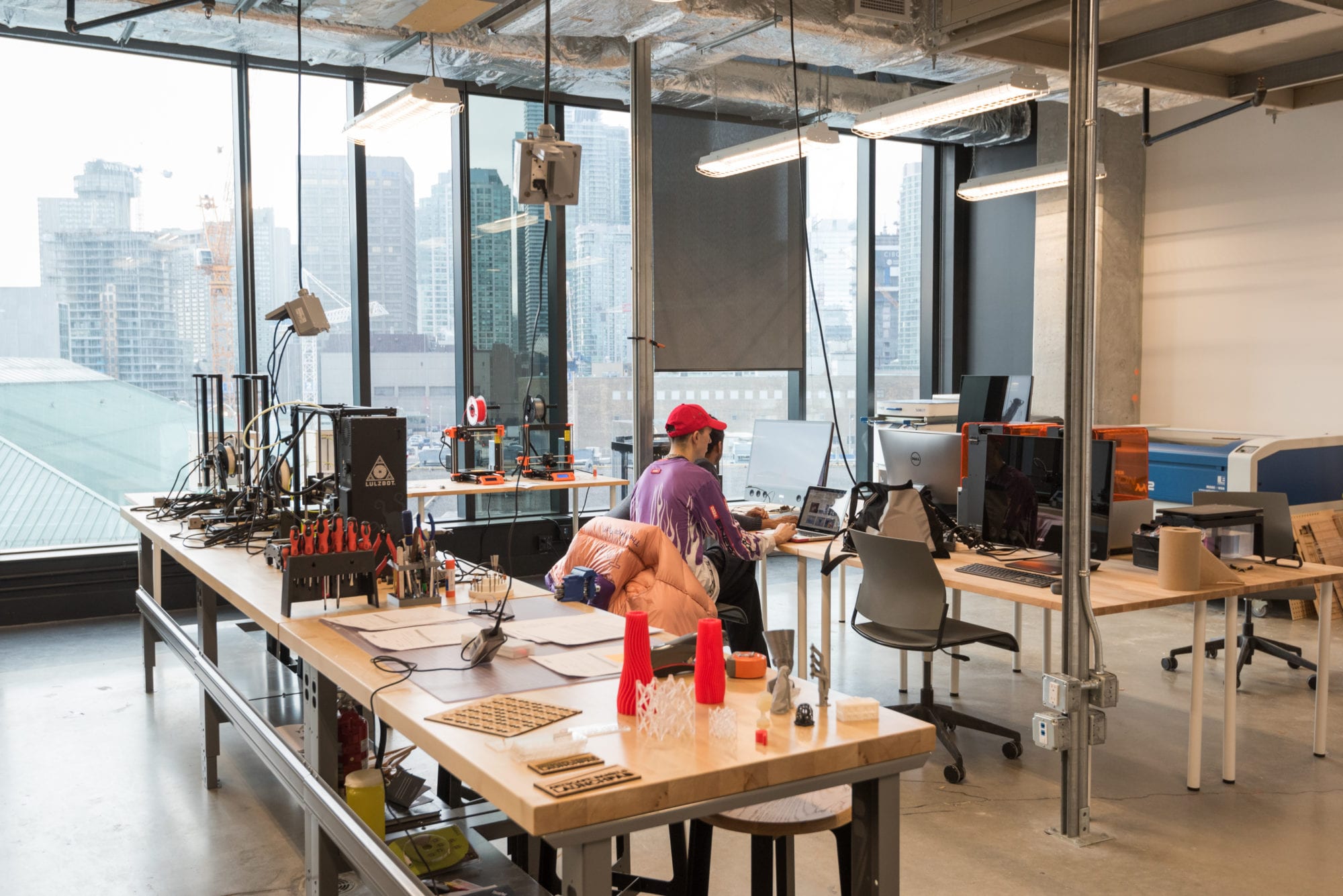 The large common area serves as a hangout space: 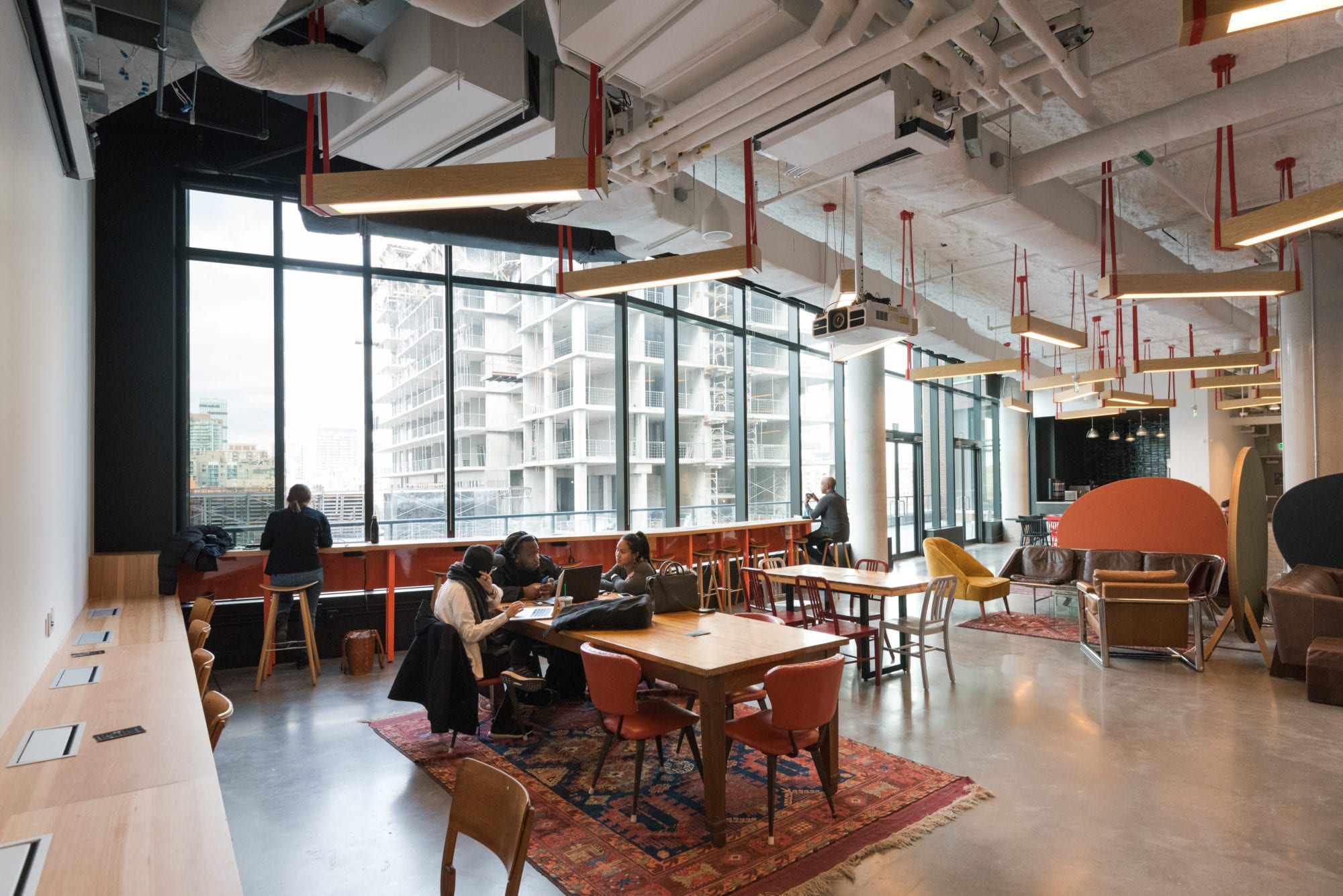 Robbie and her team sourced eclectic furnishings from vintage shops around the west end, including Smash Salvage, Design Republic and Queen West Antiques. They also brought in Gus sofas and Herman Miller chairs: 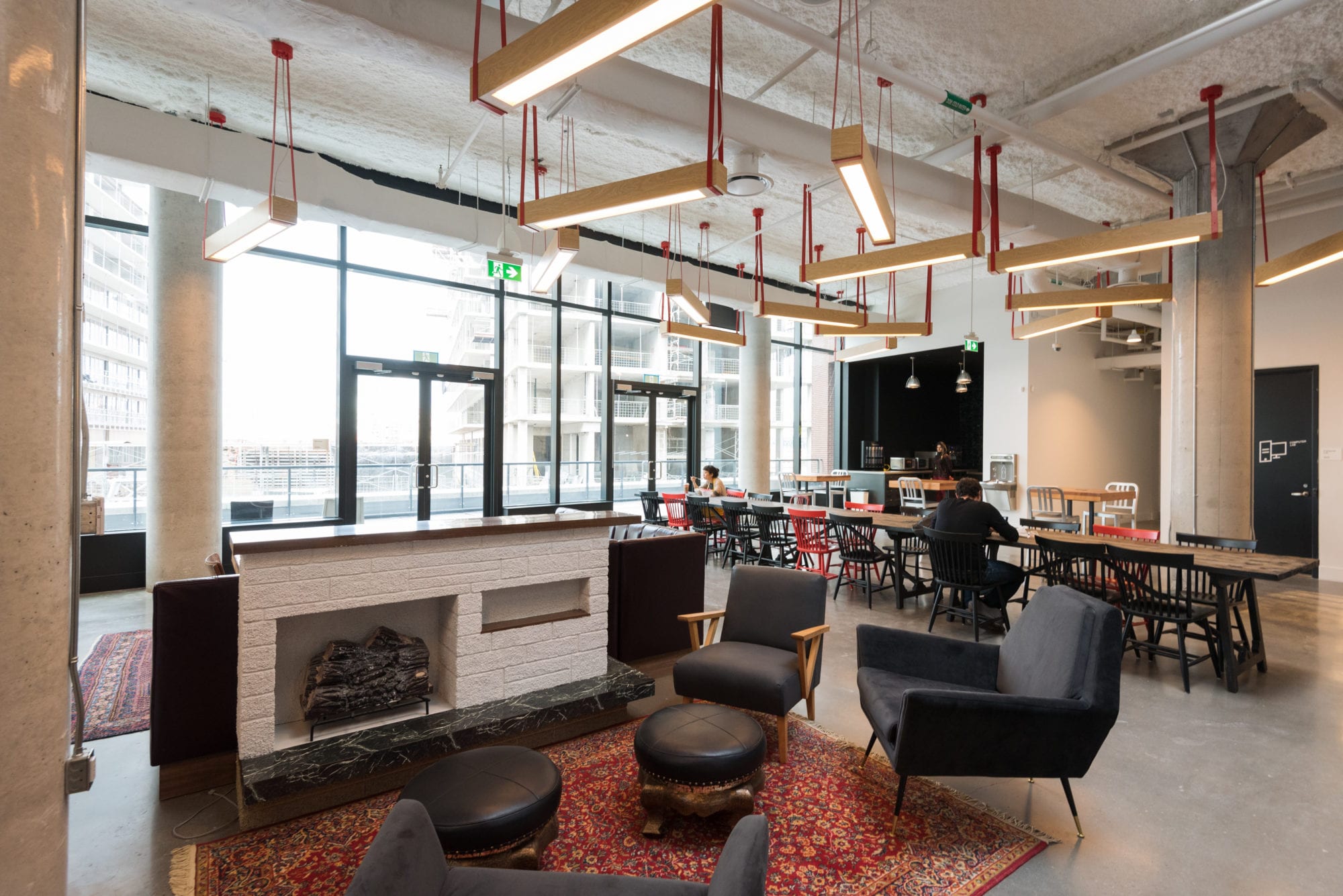 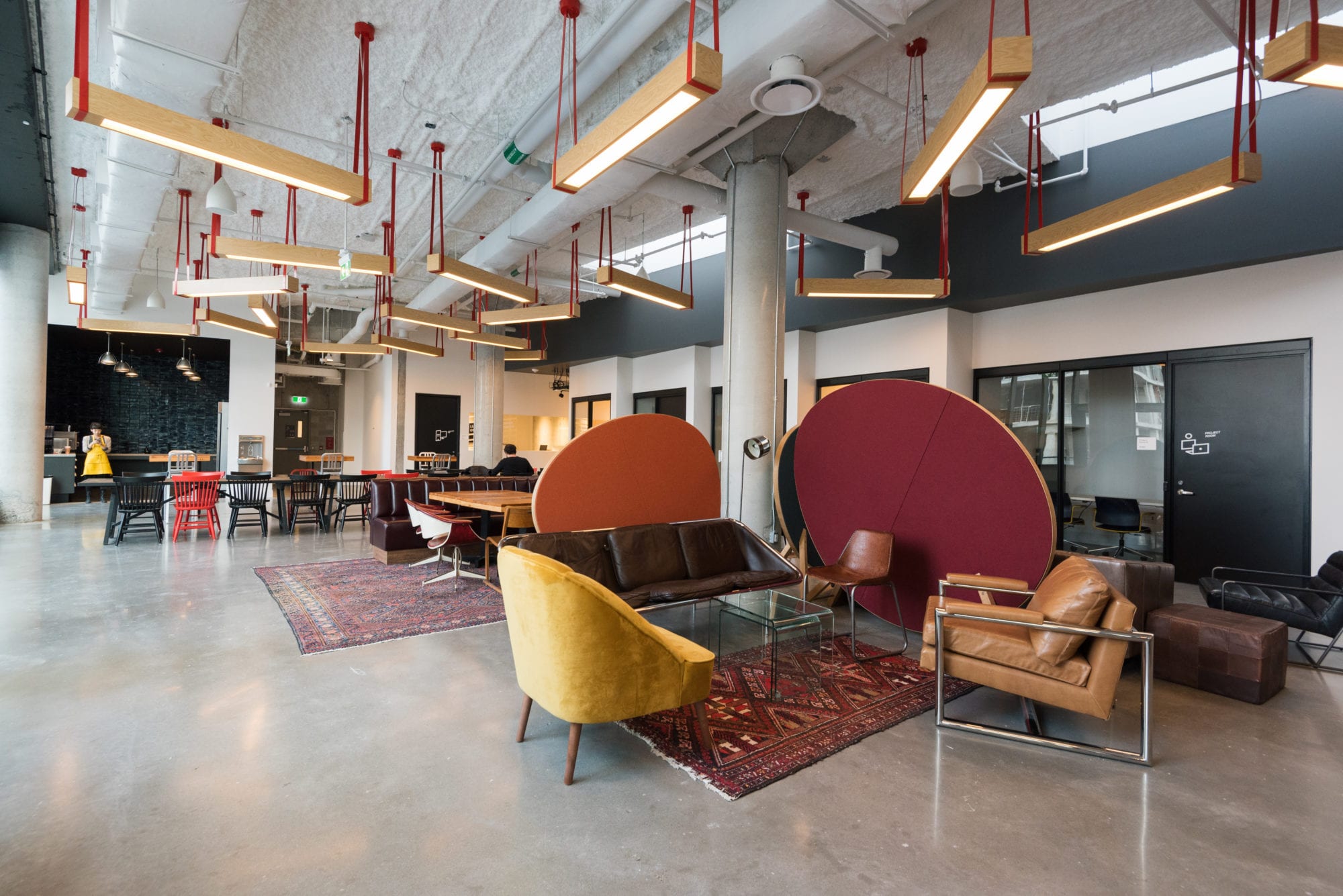 The kitchen is equipped with a giant Nespresso machine: 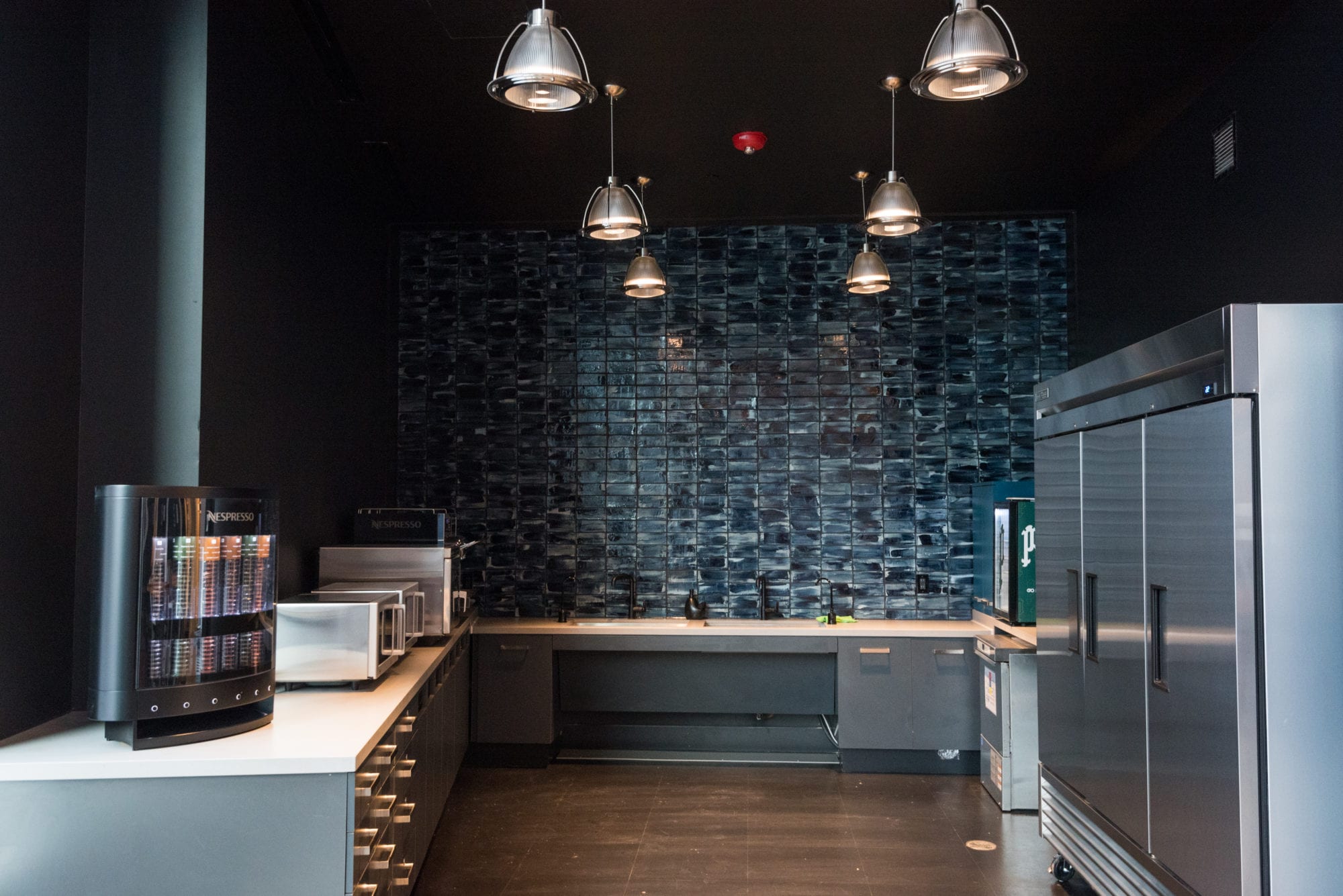 There’s also a large deck with a great view of the CN Tower: 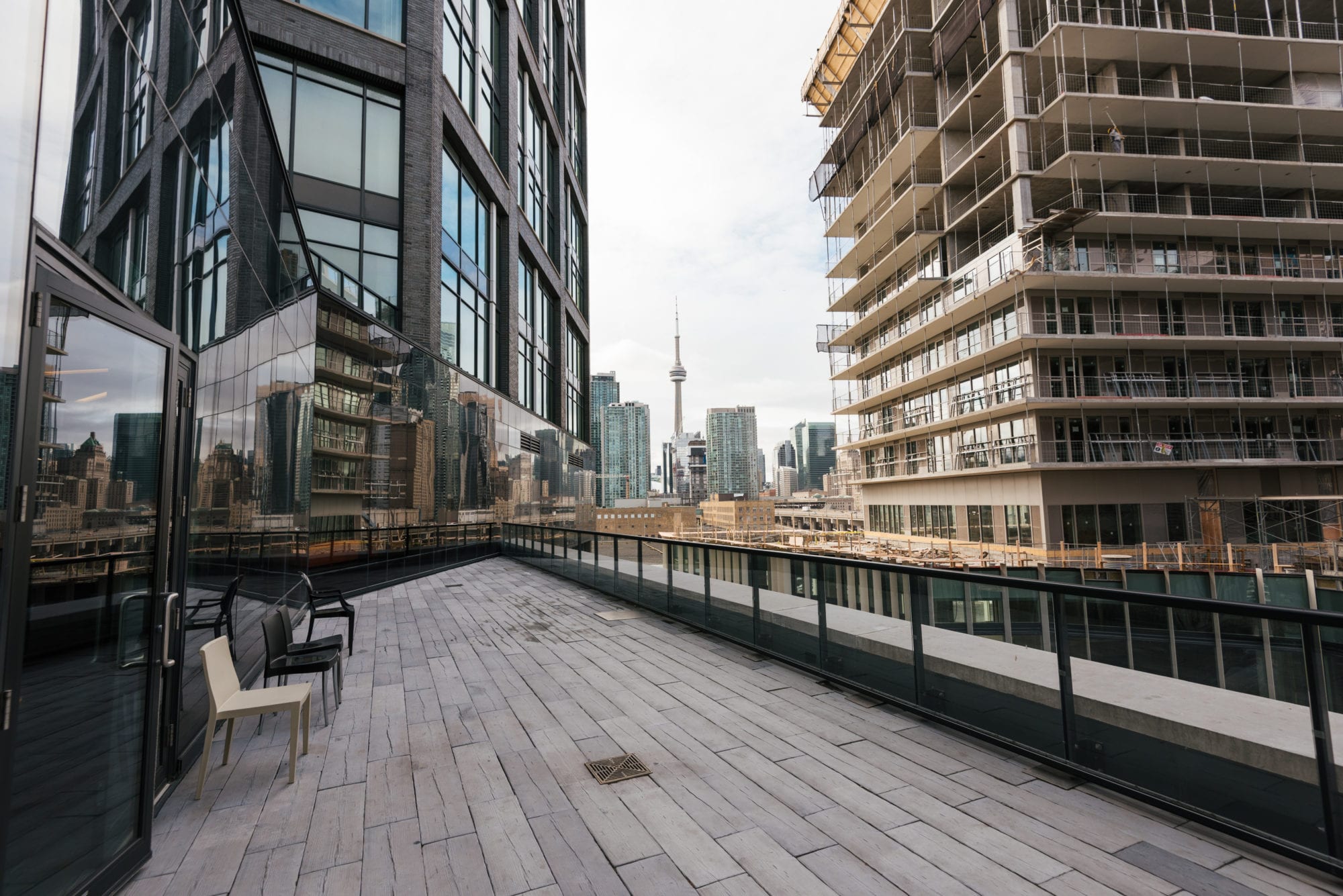 Launchpad has also partnered with Hxouse, The Weeknd and La Mar Taylor’s creative incubator, and is offering a three-month mentorship program for up and comers: 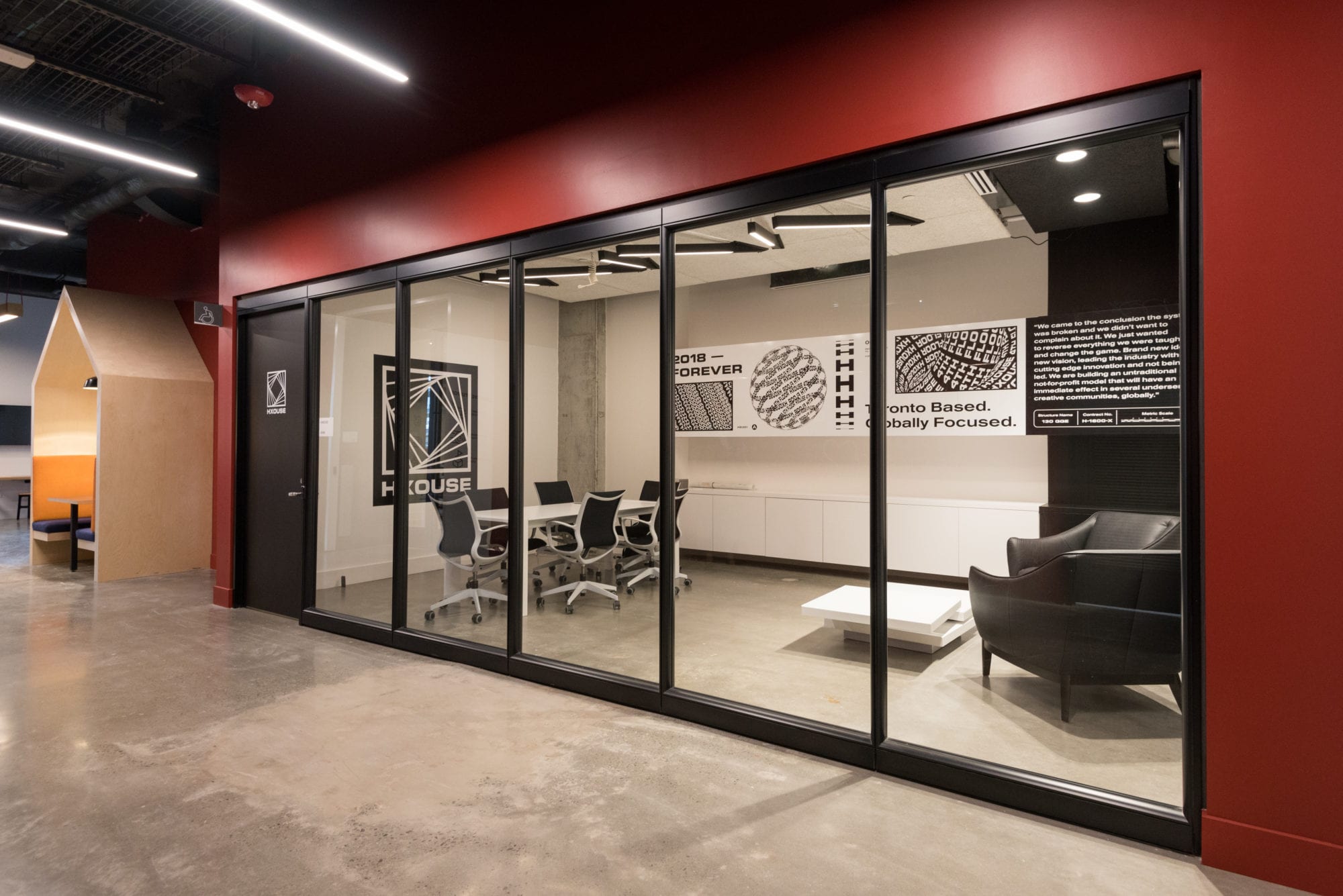 This chalkboard is left over from their opening party, and will soon be covered by lockers: 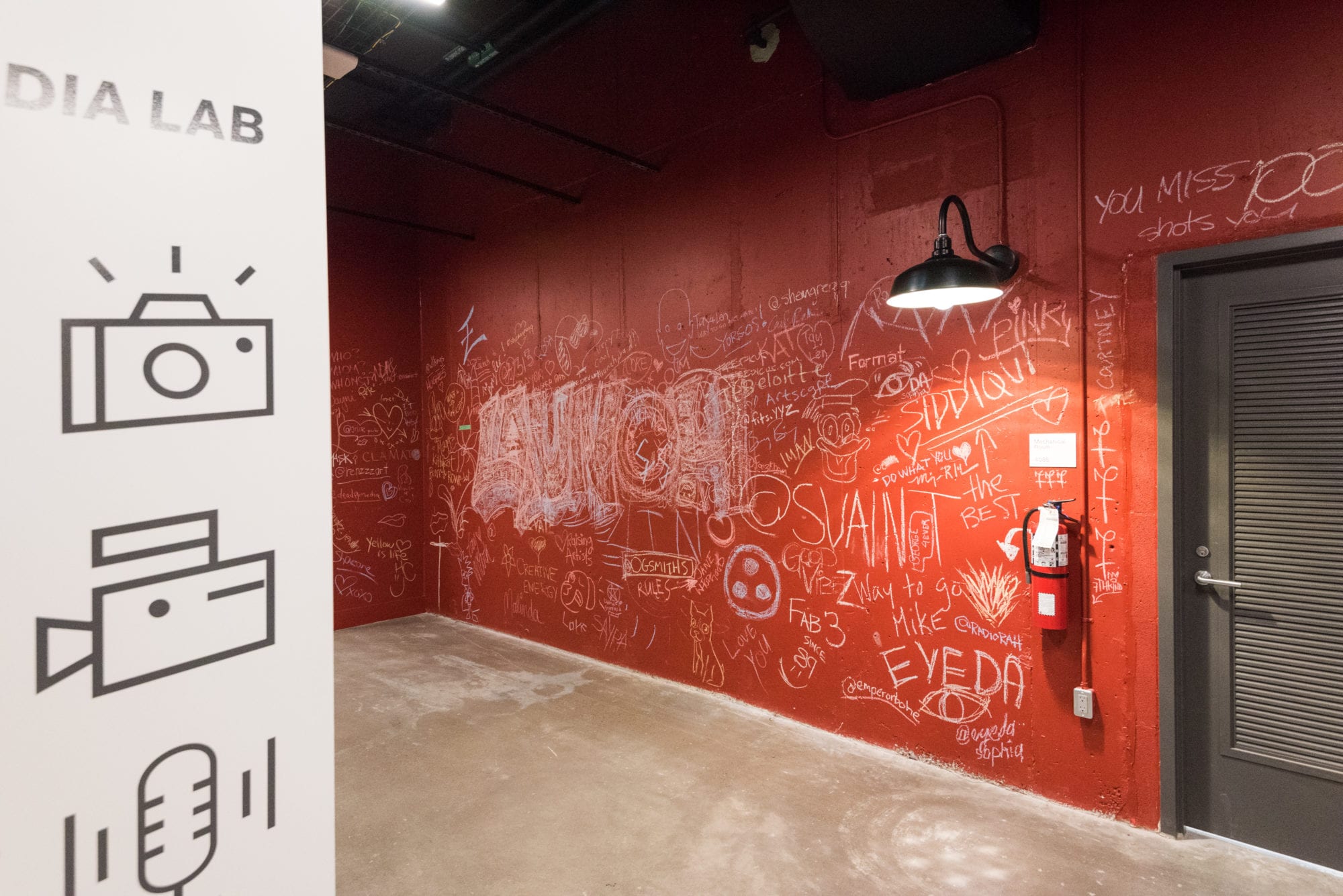 It doesn’t look like much now, but this will be the Digital Media Lab, a 2,800-square-foot production space where anyone (even non-members) can access sound- and video-recording facilities, a photography studio, editing suites and a green room. Artists like The Weeknd and Halsey have already seen the space and mentioned plans to record here. “The design work that’s gone into acoustical preparation is absolutely top notch,” says Rahemtulla. “You can do master track recording here.” 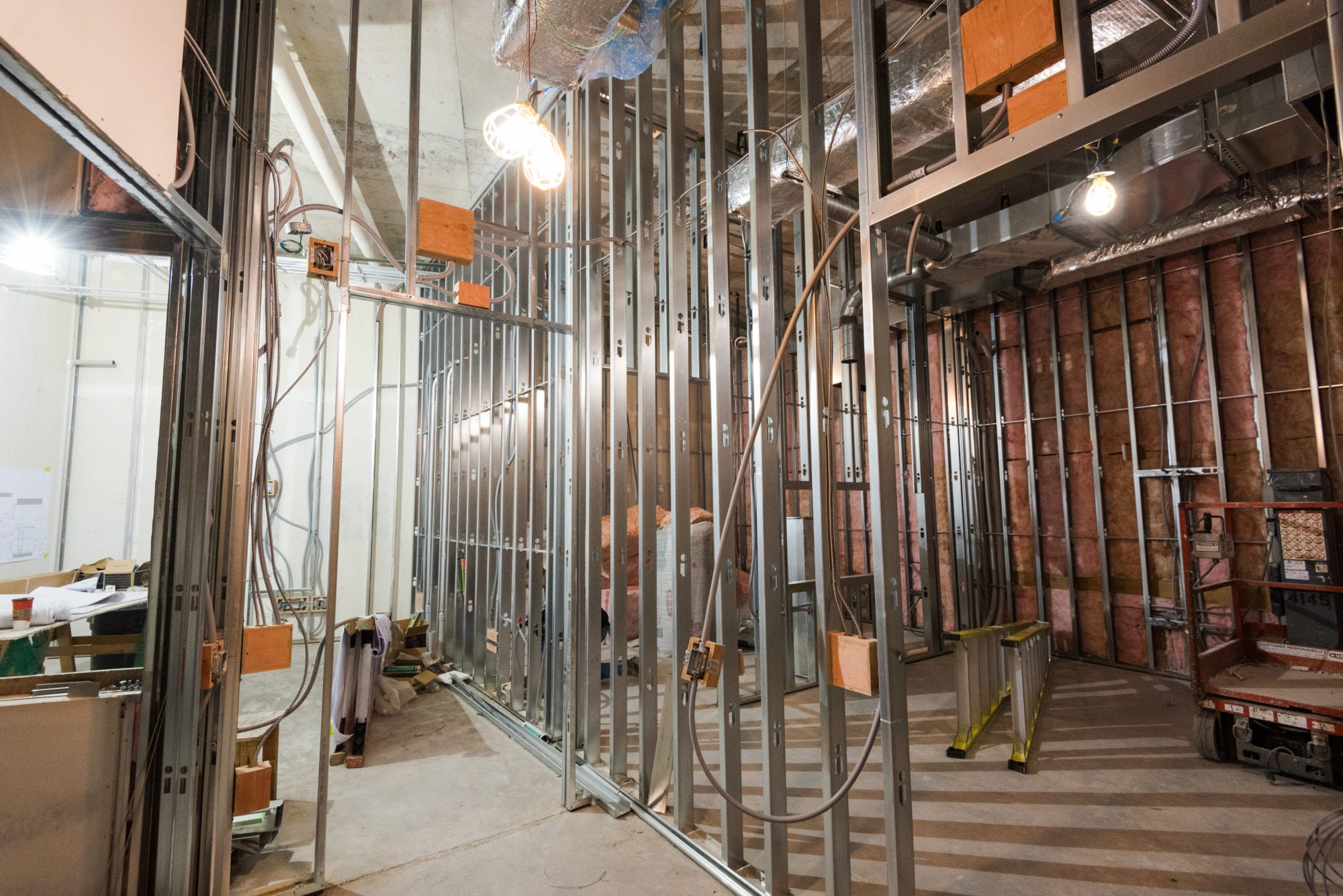