“I touch Afghanistan when I touch these carpets”: Meet the Afghan Canadian artist who designs intricate textiles in Microsoft Word

“I touch Afghanistan when I touch these carpets”: Meet the Afghan Canadian artist who designs intricate textiles in Microsoft Word

In his exhibition Afghanistan, My Love, Shaheer Zazai connects his two homes through art 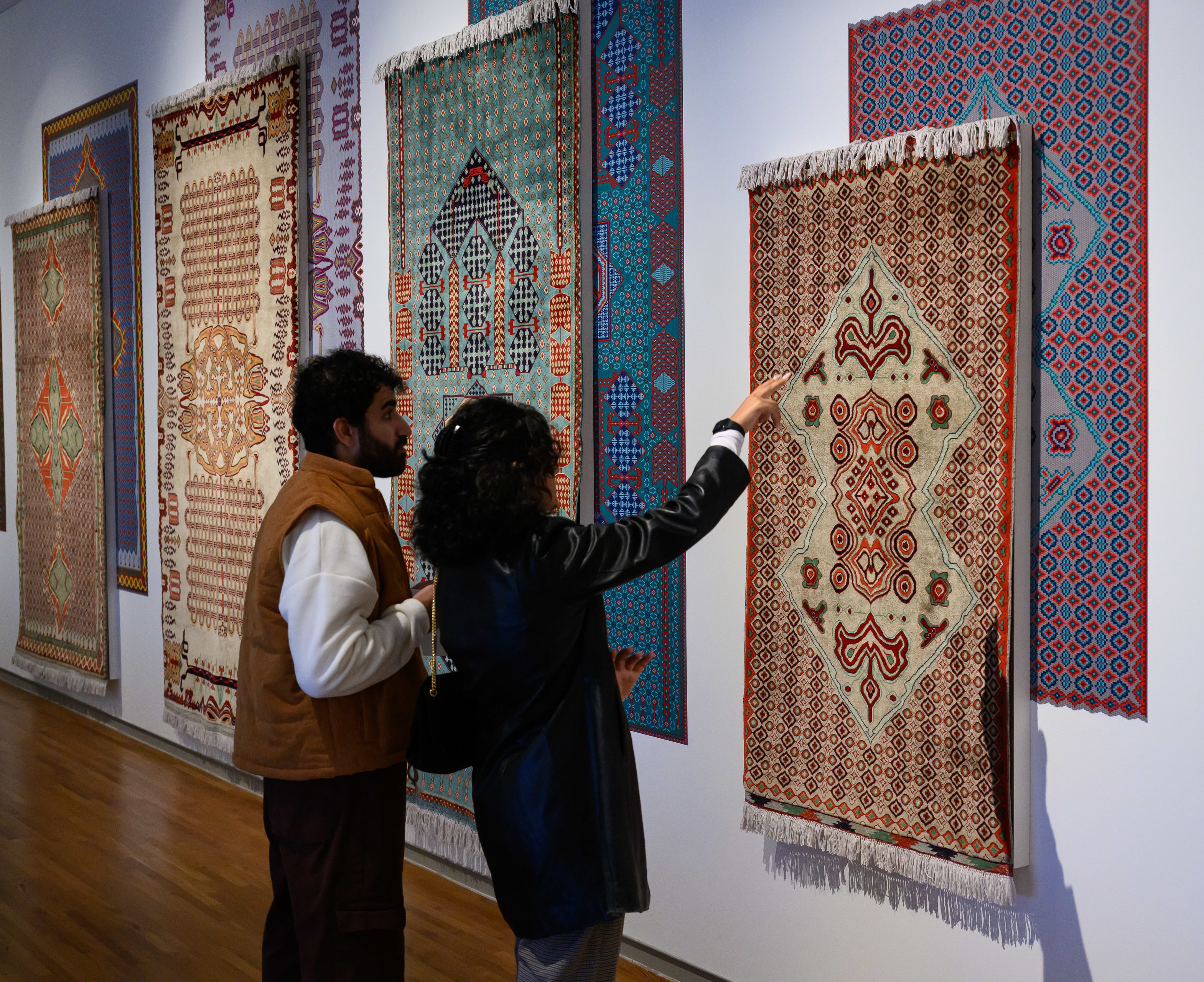 At North York’s Aga Khan Museum, a celebration of Afghan people, art and culture is taking place. Afghanistan, My Love, an exhibition that runs until April 10, 2023, includes art by OCAD graduate and Afghan Canadian multidisciplinary artist Shaheer Zazai. Zazai’s digital works are a collection of Microsoft Word renderings that have been turned into carpets featuring mesmerizing colours and patterns by traditional weavers in Afghanistan. In this Q&A, Zazai reflects on how art can bring two worlds together.

What do you hope to reveal, whether to the Afghan diaspora or to the general public, through your artwork?
I would like the exhibition to encourage more dialogue around Afghanistan and to help people learn new things about it. And, for Afghans, I just hope they get to walk into a museum or a gallery setting and, for once, see something that they can relate to, instead of walking in and seeing the same Western art that we’re all used to seeing. Through my work, I would like for them to experience seeing themselves in this society.

How did you come to use Microsoft Word as a design tool?
In 2013, I started experimenting with dots and spaces, and that resulted in this relationship between Word and textiles. Digitization involves a bunch of pixels. Carpets are a bunch of knots; a carpet’s quality and value are dependent on the density of the knots. Digital images are dependent on pixel density. So “How good is the resolution of your photo?” is the same question as “How well-made are the knots in your carpet?” The more I worked on this idea, the more I understood the relationship between them. But Word has a lot of limitations: you have to work within the alignment rules to create a perfect grid, highlighters have a limit of 15 colours and have a glitch where they can randomly change tone, page size is restricted. All of these seem like non-issues because everybody uses Word to type documents, but when I started using it to create digital art, they became rules within which I had to exist, and they forced me to get creative.

How long does it take for one of your works to be created?
Ever since I created my very first carpet design eight years ago, I’ve wanted it to be turned into a carpet. I wanted them to be made in Afghanistan, in its land, in its dirt, and then to be brought here with its dust. I was talking to my father’s friend, and he said that he knew a group of weavers in Afghanistan who were willing to take this on as a side project. So I sent them a JPEG, and there was about 11 months of silence while they worked. It was nerve-wracking. And then a JPEG was sent back; it was a photo of the carpet version of one of my designs. I was blown away by the level of mastery that the weavers put forward. It was also exciting for me because it was no longer just my work. In a way, they didn’t just collaborate with me; they translated my work.

How do you feel about creating work digitally and then seeing it produced in this way?
I’m humbled—I’m not just humbled, it’s more than that. I’m a much smaller piece in the grand scheme of things. You can be an artist, you can produce, you can be appreciated, you can be praised. But, when these carpets came from far away—I don’t even know how to explain its impact. The first time I saw the carpets, they were almost like messages to decipher. I had sent a message home, and those living at home responded. They did so in a way that was much greater and more elaborate than what I had sent. I really can’t put it perfectly into words. But there is a power in these carpets that humbles me.

It’s something that transcends regular replication procedures.
I often tell people, “Touch the carpet,” and I always get this weird look, like, “Are you sure?” I touch Afghanistan when I touch these carpets. It’s a wonderful feeling. 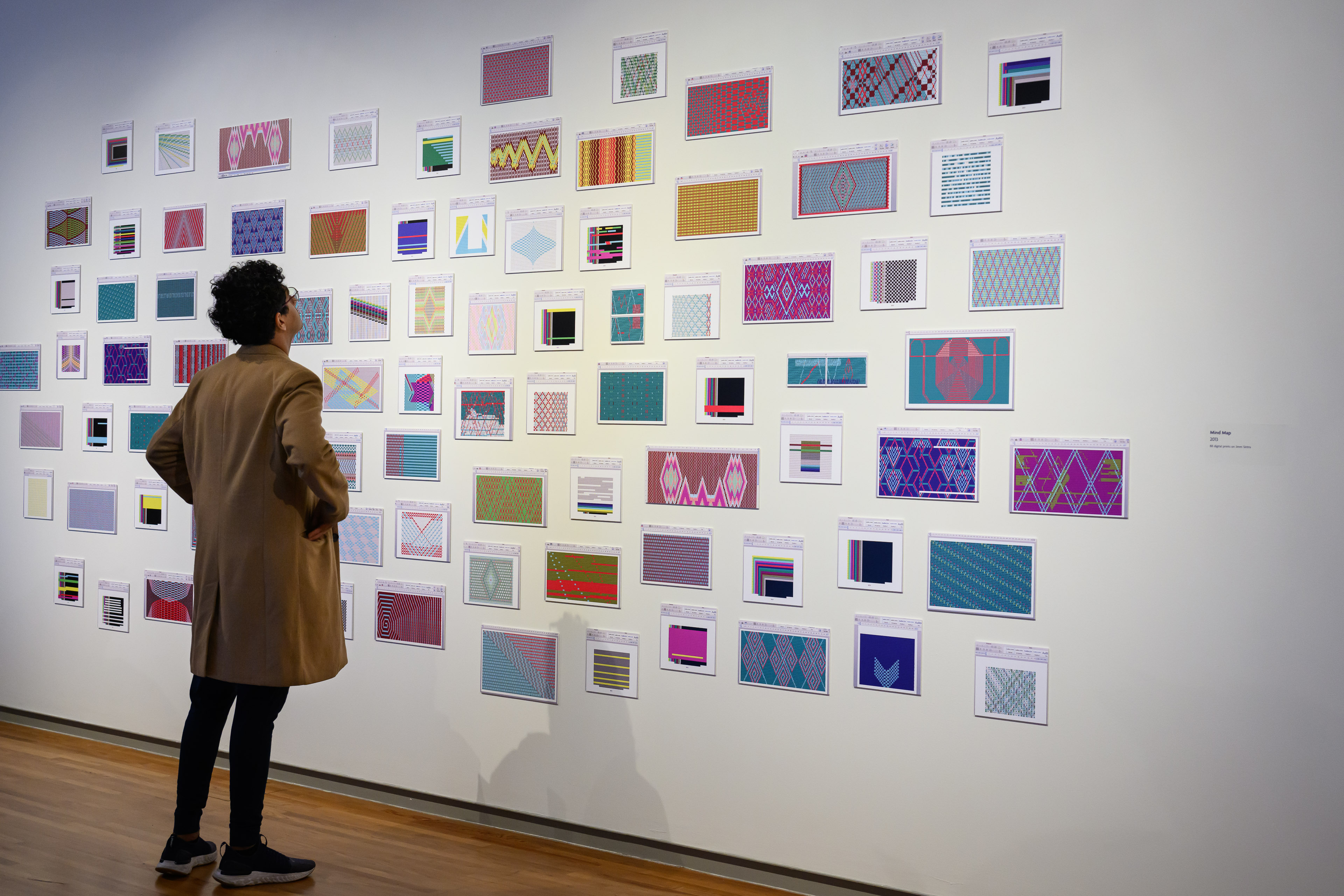 That hesitation is understandable—we’re generally not supposed to touch anything in museums and galleries.
I think we have to accept that they are objects and they will outlast us. A carpet is resilient. And it’s meant to be touched, it’s meant to be walked on. I think that touching them can remind us that these objects exist in almost every household, poor and rich. I think the Western world has really transformed the way people view artisanal carpets. They have gone from being placed on the floor to hanging on the wall. But carpets are meant to be handled and interacted with.