Here are the giant outdoor sculptures dotting the Waterfront this winter

Here are the giant outdoor sculptures dotting the Waterfront this winter 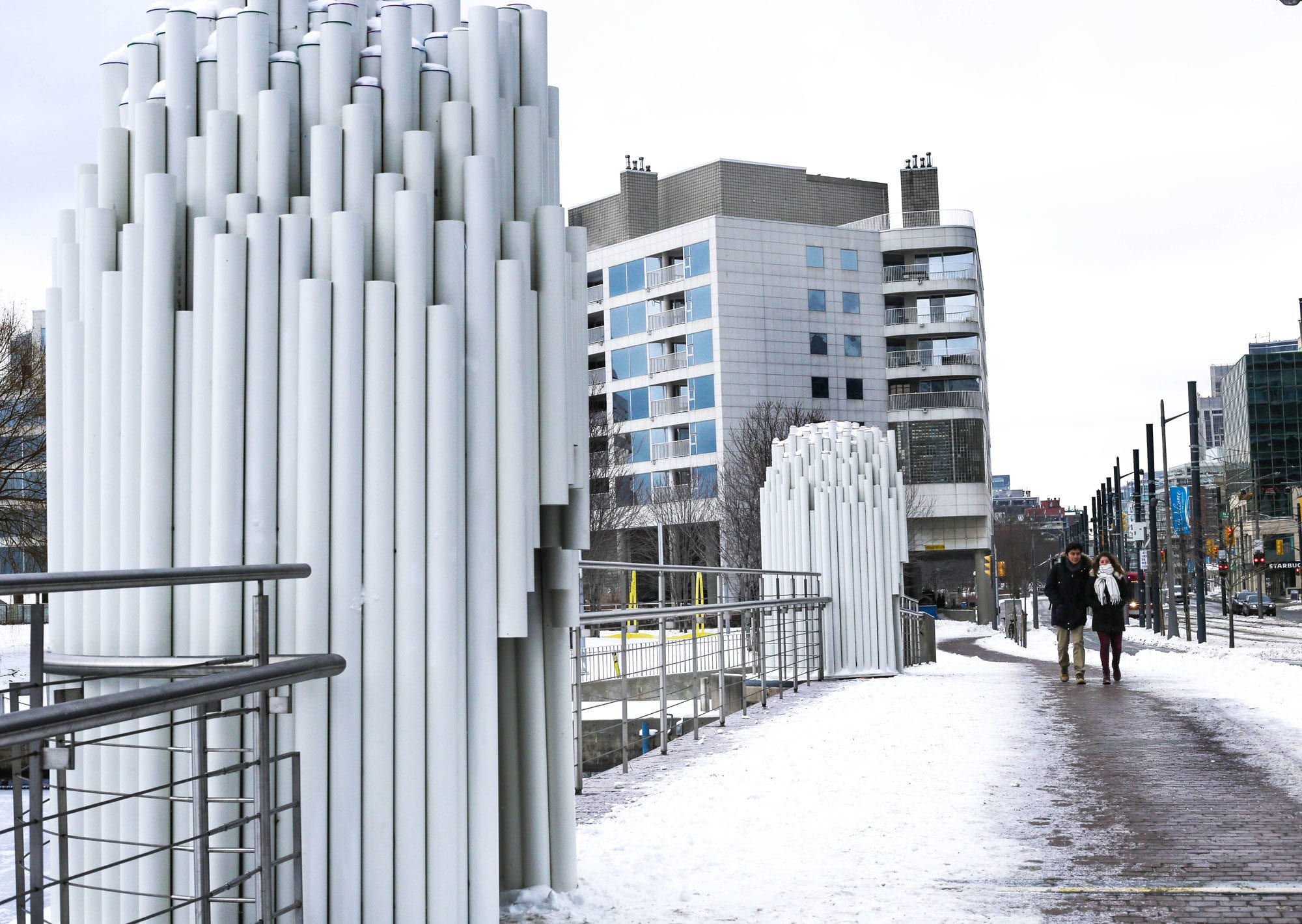 By Rob Shostak and Dionisios Vriniotis
From the outside, these two “lighthouses,” crafted from open-ended piping, look like huts, but inside, it’s like being in a kaleidoscope. Coloured filters attached to each pipe create a rainbow effect, filling the cozy space with warm light. 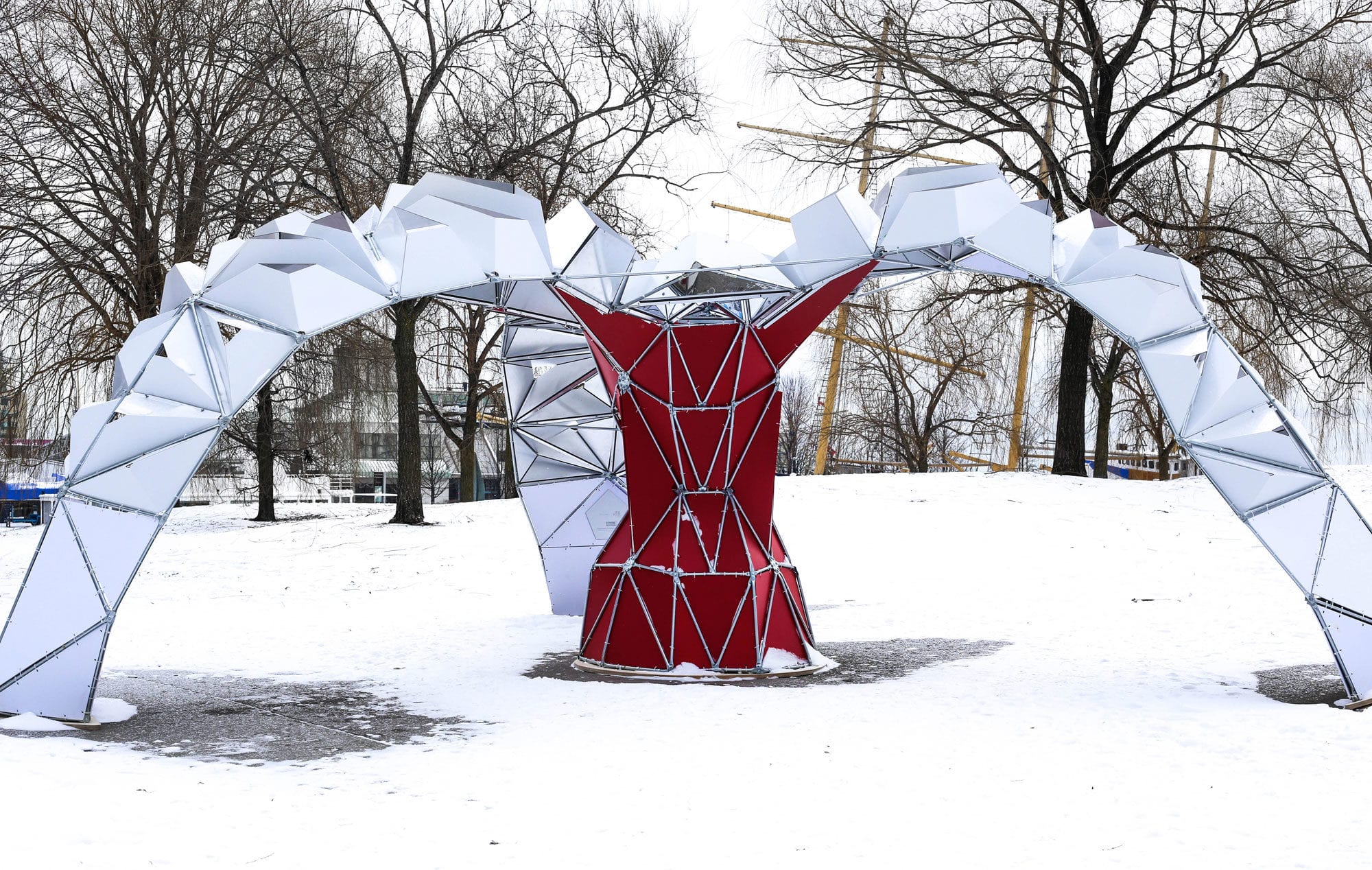 By Ryerson University
Optics were an important design element for this massive sculpture, which looks like something from Transformers. The piece is made entirely of metallic and mirrored surfaces and looks different from every angle. From one spot, you can even catch a fragmented glimpse of the CN Tower in one of the panels. 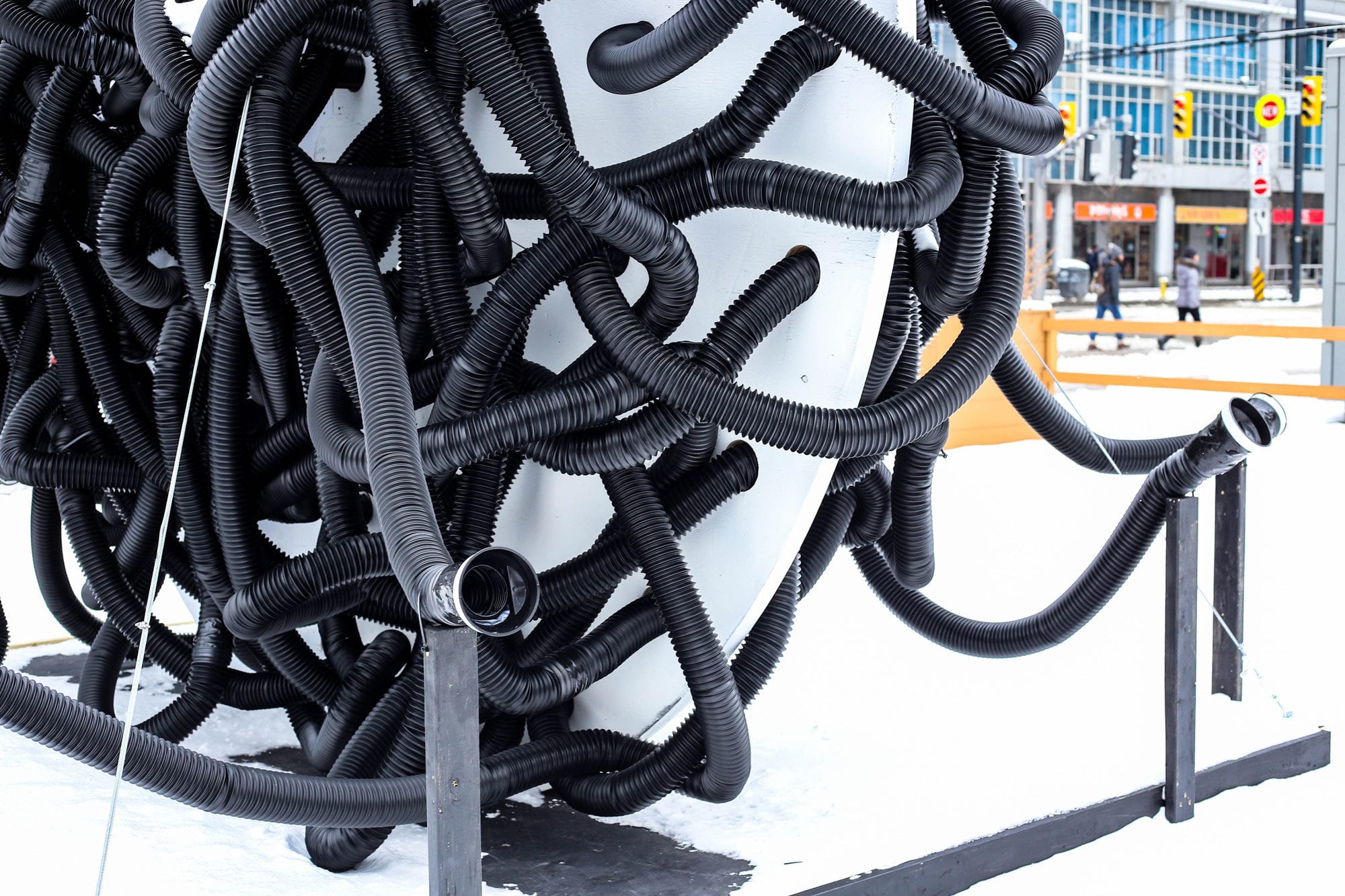 A ball of tubes

By Alexandra Griess and Joel Heid
This piece is made of bendable black tubing. Visitors can speak or listen through an open pipe on any side of the structure. It’s difficult to figure out where your message might end up, so the whole thing ends up being one big game of broken telephone. 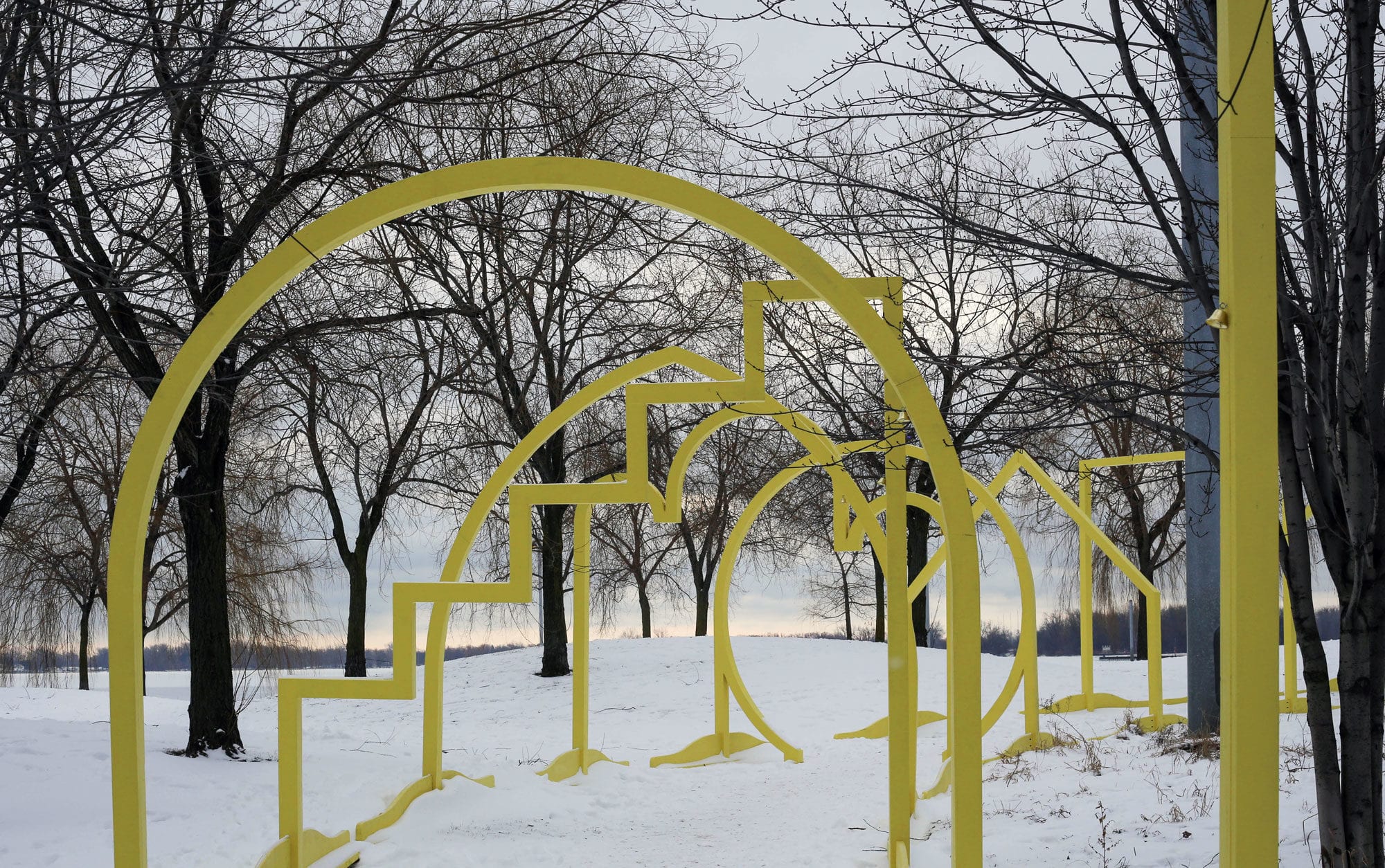 By Eleni Papadimitriou and Stefanos Ziras
This walkway, made of yellow-painted wood, is an ode to traditional architectural styles from around the world. Each piece was inspired by a different country: the stairs were modeled after ancient South American temples and the rectangular arch references the spaces between the columns in ancient Greek structures. There are small bells hanging throughout, ringing like wind chimes. 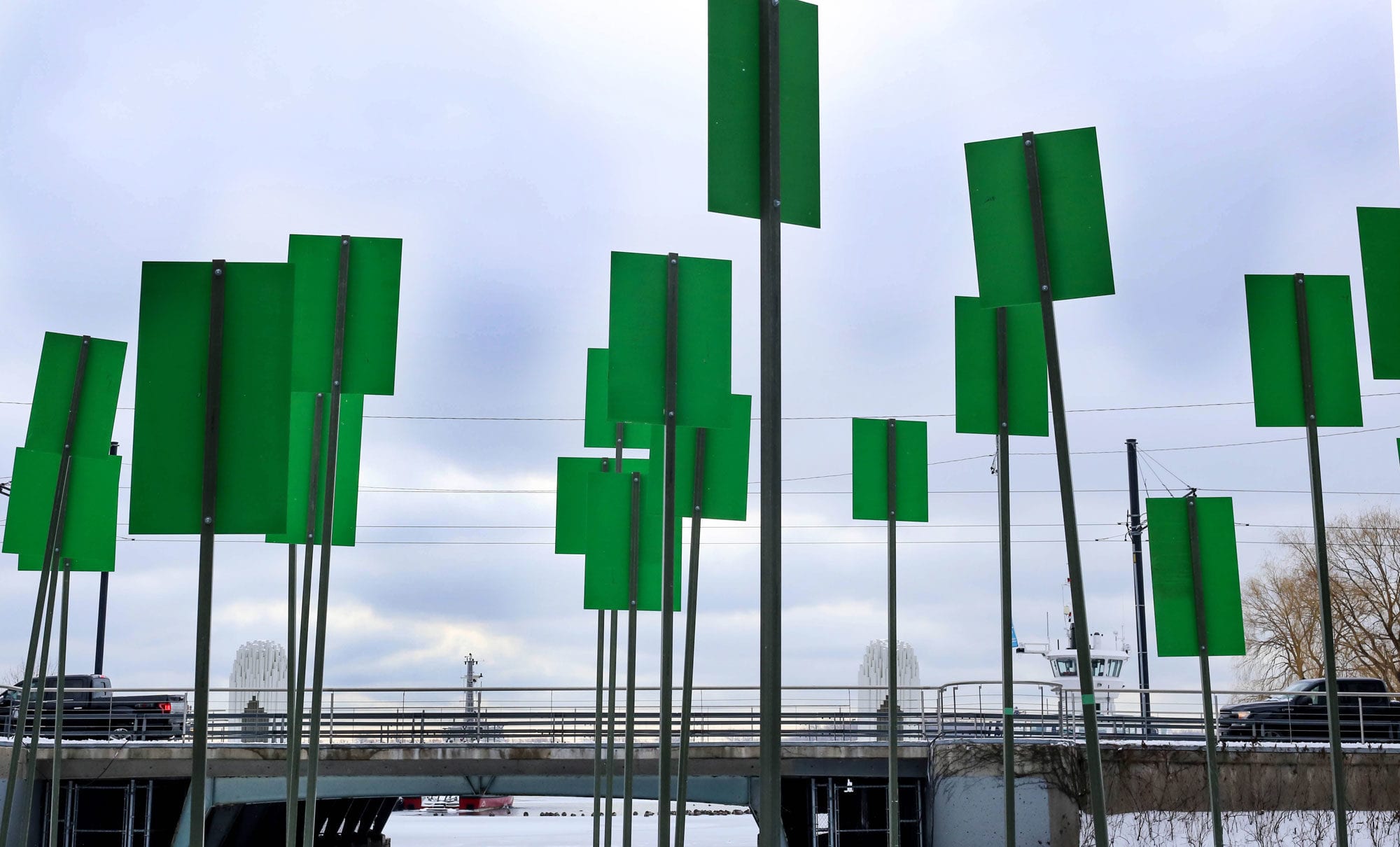 A sea of signs

By Andrew Edmundson
Along the water, 25 bright green posts are attached to wooden buoys. The artist decided to leave its meaning open to interpretation.