Emily St. John Mandel wrote Station Eleven, about a world-ravaging virus, years before Covid-19 was a thing. Her latest book, Sea of Tranquility, which was released on April 5, already has the book world buzzing.

You’re frequently referred to as “the author who predicted the pandemic” with your post-apocalyptic book Station Eleven, so tell us: what did you know that the rest of us didn’t?
I read a lot about the history of pandemics when I was writing Station Eleven and something that became clear is that there will always be another one. Because we hadn’t had a pandemic in this part of the world for so long, my book was perceived as prescient, but I don’t feel like I predicted anything.

Were you someone who had a pantry stocked with canned goods before Covid came along, just in case?
I started keeping bottled water and some rudimentary supplies, but less because of Station Eleven and more because of Hurricane Katrina. In fact, when Covid came along, I was as blindsided as anyone else, which is embarrassing considering I had spent five years touring the world giving lectures that contained the phrase, “there will always be another pandemic.”

In your new book, Sea of Tranquility, one of the main characters, Olive, is an author who goes on tour to promote her book about a pandemic and encounters a real-life pandemic. That’s you, right?
Partly, yes, but what’s surprising is that those are the sections I wrote before the pandemic. And then Covid hit and everything was so intense. I live in New York City and it was constant sirens day and night. At the risk of sounding melodramatic, it was just this atmosphere of death, and Sea of Tranquility became a refuge for me. People say it’s amazing I wrote a novel during the pandemic, and for me it’s like, no, the novel is what kept me sane. You have such control in a fictional world, which can make it a very appealing retreat.

And you chose to set your retreat on the moon.
I’ve always been a fan of sci-fi. And lockdown made it hard for me to escape my apartment. It wasn’t something I was aware of at first, but I think I just wanted to set fiction as far away from my home as humanly possible. Anywhere on Earth felt too close.

In the novel, Olive tells her fans that her books don’t have messages—they are to entertain. Is that how you feel, too?
As a reader I’ve always disliked books that sledgehammer me with the message. I like to think 10 people could read my books and come away with 10 different messages. I guess when I’m writing a book, I’m thinking about a particular thing. With Station Eleven, I was thinking about the fragility of civilization. With Sea of Tranquility, I wanted to write about the idea that the world is always ending and a new world is rising up to take its place. But that process happens so subtly that we can’t really perceive it. 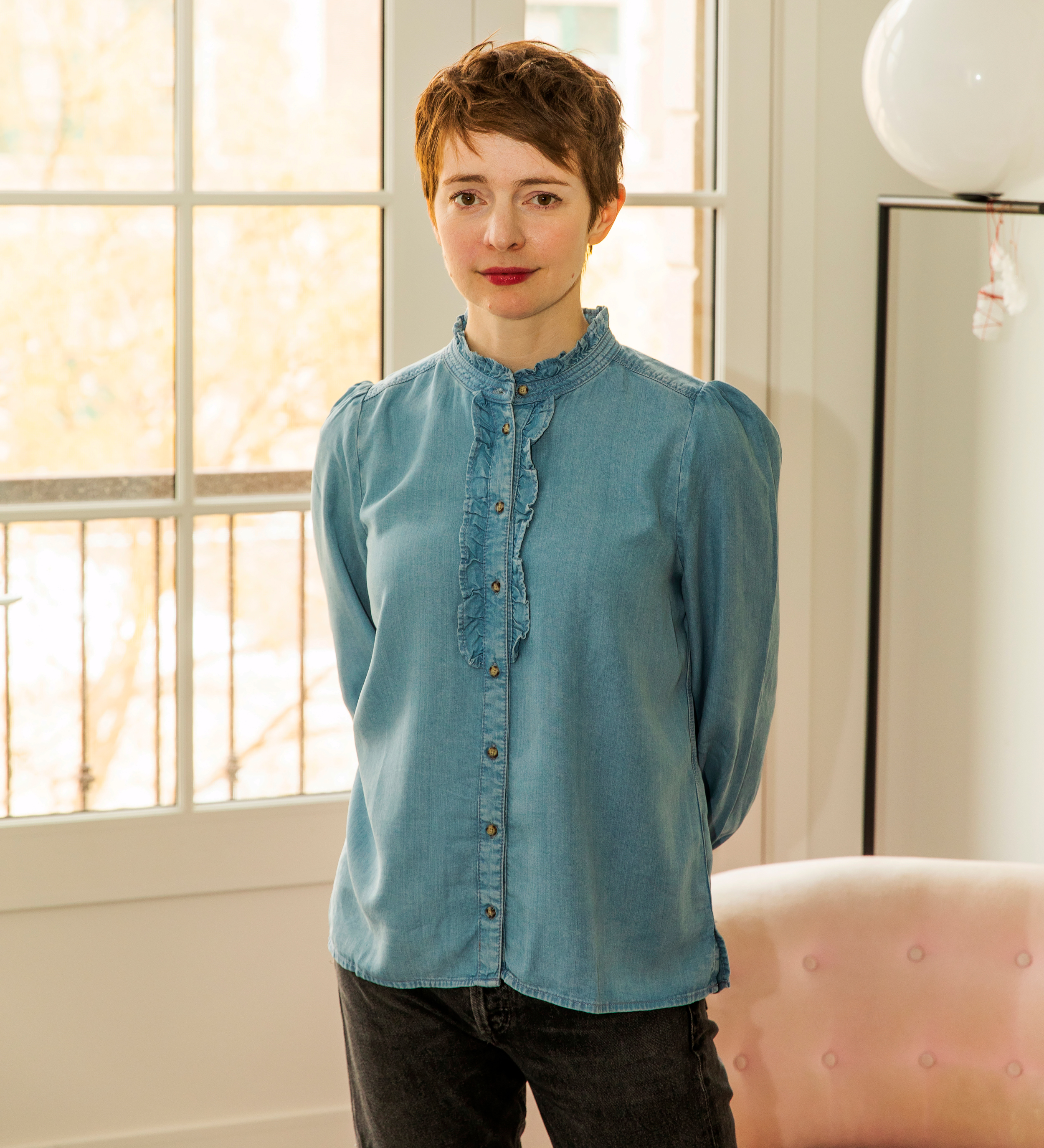 You write “pandemics arrive in retrospect.” What do you mean?
I am fascinated by the period of February to early March in 2020. We knew Covid was happening in China and then Italy, but we didn’t think it could happen to us. Even when it got here, there was this blaséness. Like, “Oh, well, you know, if there are cases in Seattle, then obviously, it’s all over New York City.” And then we dropped off our kids at school. So it was like we weren’t quite making that leap. The pandemic was a rumour and then all of a sudden it was all around us and there was no intermediate stage. And then that repeated itself with Delta and Omicron.

You went to school and started your writing career in Toronto. Why did you leave?
I’m actually from B.C., but I went to the School of Toronto Dance Theatre in Cabbagetown and I lived in Cabbagetown and the Village. In my early 20s, I fell out of love with dancing and started writing my first novel. After graduation I moved to New York because I had a boyfriend there. The relationship didn’t last, but I really missed New York when I left; I moved here permanently in 2003.

But you opted to set Station Eleven in Toronto?
I love Toronto and, here in the States, it’s this semi-invisible city. People know it exists, but it’s like this secret metropolis of three million people, mostly absent from American literature, so I was trying to change that.

And yet the recent TV adaptation swaps out Toronto for Chicago. How rude!
Patrick Somerville, the showrunner, doesn’t know Toronto very well. The book reflects the intimacy I had with Toronto, and Patrick wanted to render that with a city he knows well. I have dual citizenship, so I guess I didn’t feel as strongly about that as some Canadians do, judging from my Twitter feed.