Walking into Wallace Emerson’s Galleria Mall feels like time-travelling back to 1972. The drab shopping centre is a living relic of a bygone era, with a kiosk that sells rotary phones and a row of defunct coin-operated rides. “I arrived and felt like I was inside a time capsule,” says Shari Kasman, a writer and artist who moved near the mall a decade ago. “It was still useful as a place, but I was fascinated by the fact that it hadn’t caught up to the 21st century.”

Between 2013 and 2014, Kasman took thousands of pictures to try and capture the Galleria’s strange charm. When she heard that the mall is set to be demolished and replaced by condo towers over the next decade,  she compiled the best of the bunch into a new photo book, Galleria: The Mall That Time Forgot, to pay tribute to the object of her fascination. Here, she discusses some of her favourite shots. 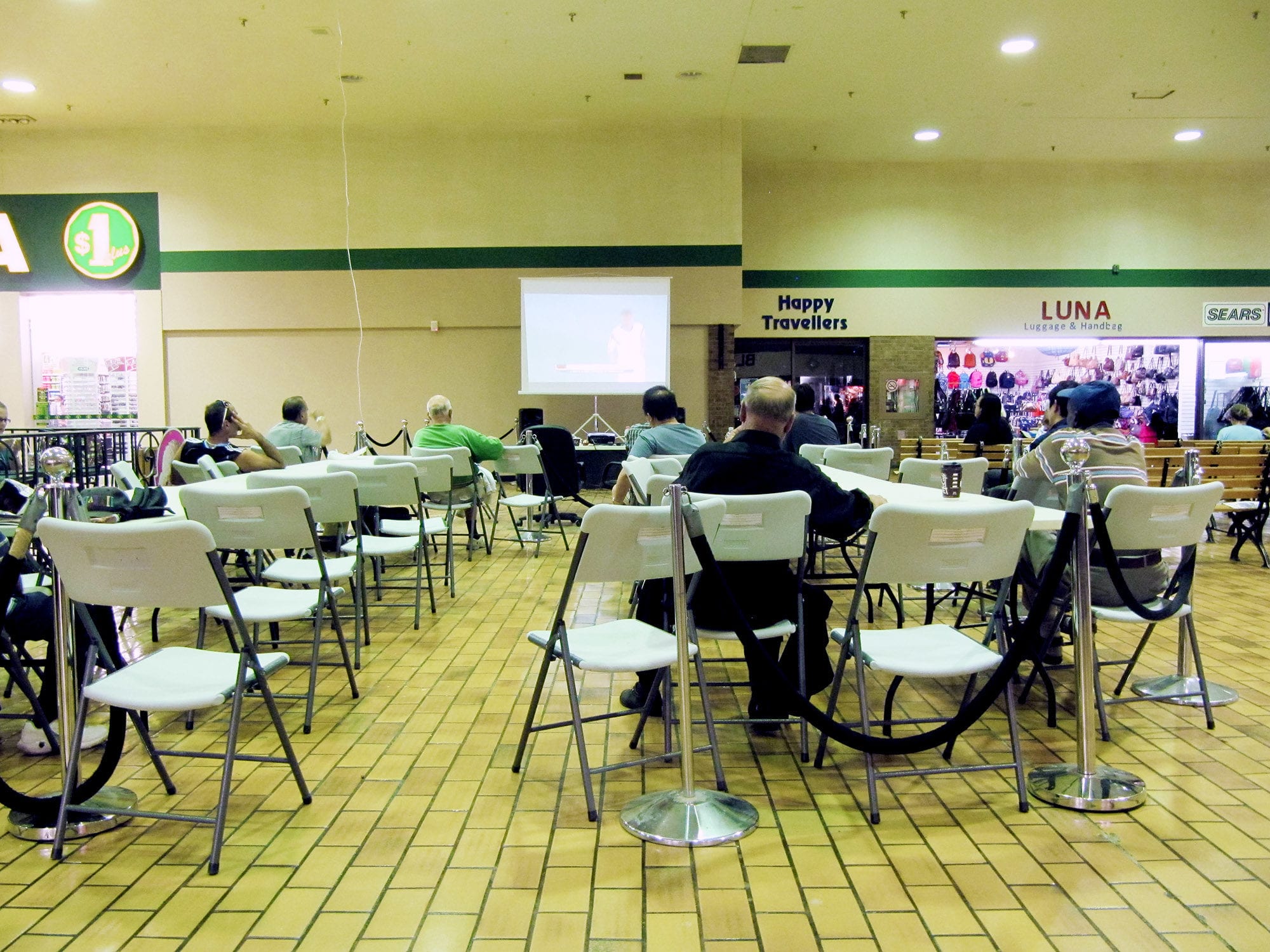 During the 2014 FIFA World Cup, the Galleria set up tables and chairs so shoppers could watch the games. “I thought the velvet rope was particularly funny, since it’s usually used for crowd control and there wasn’t much of a crowd that day,” Kasman says. 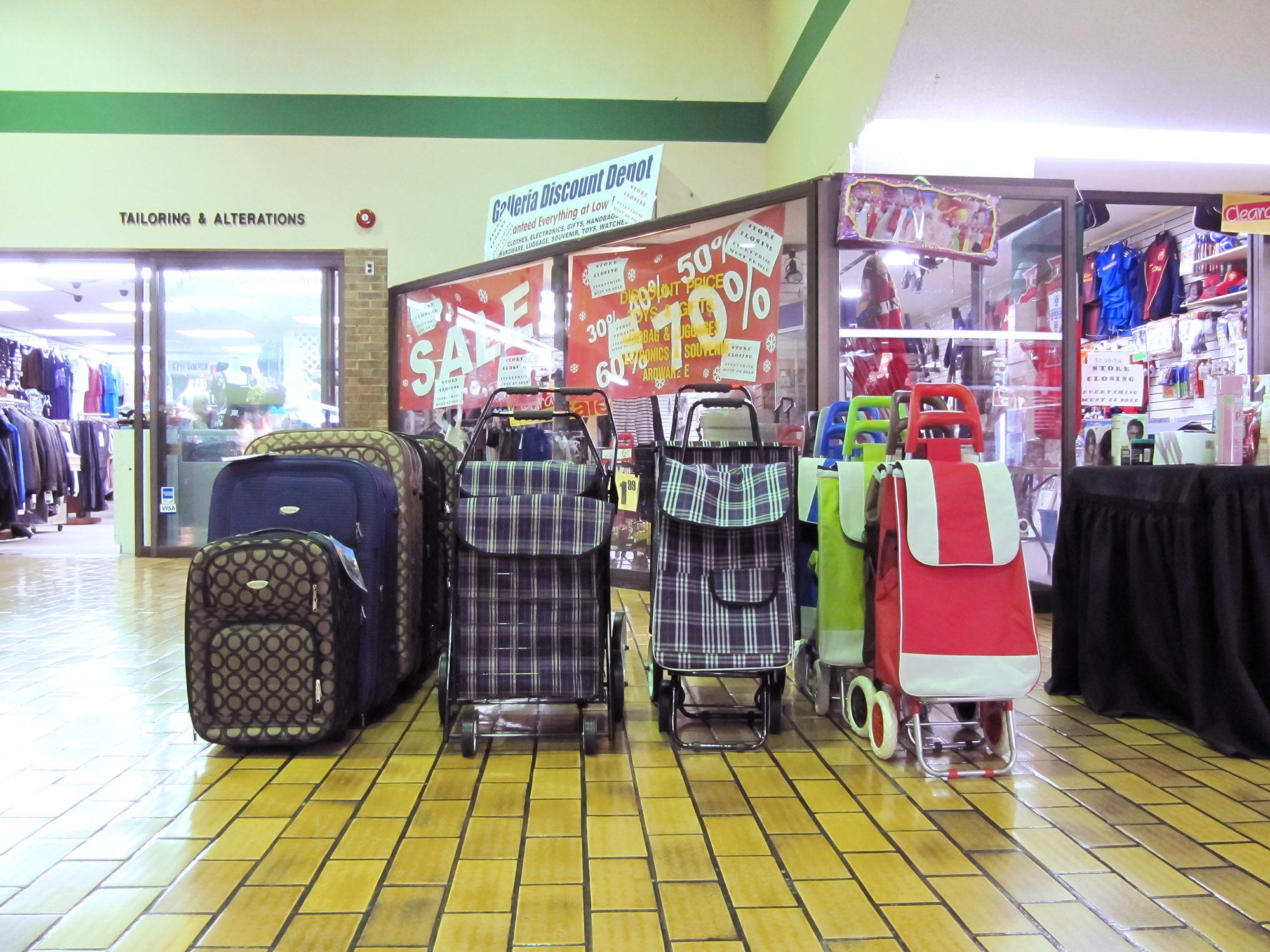 Kasman says that every time she visits the mall, there is a sale on luggage. “It makes it seem like people are really going places,” she says. “The prices probably haven’t changed much since the mall opened, either.” 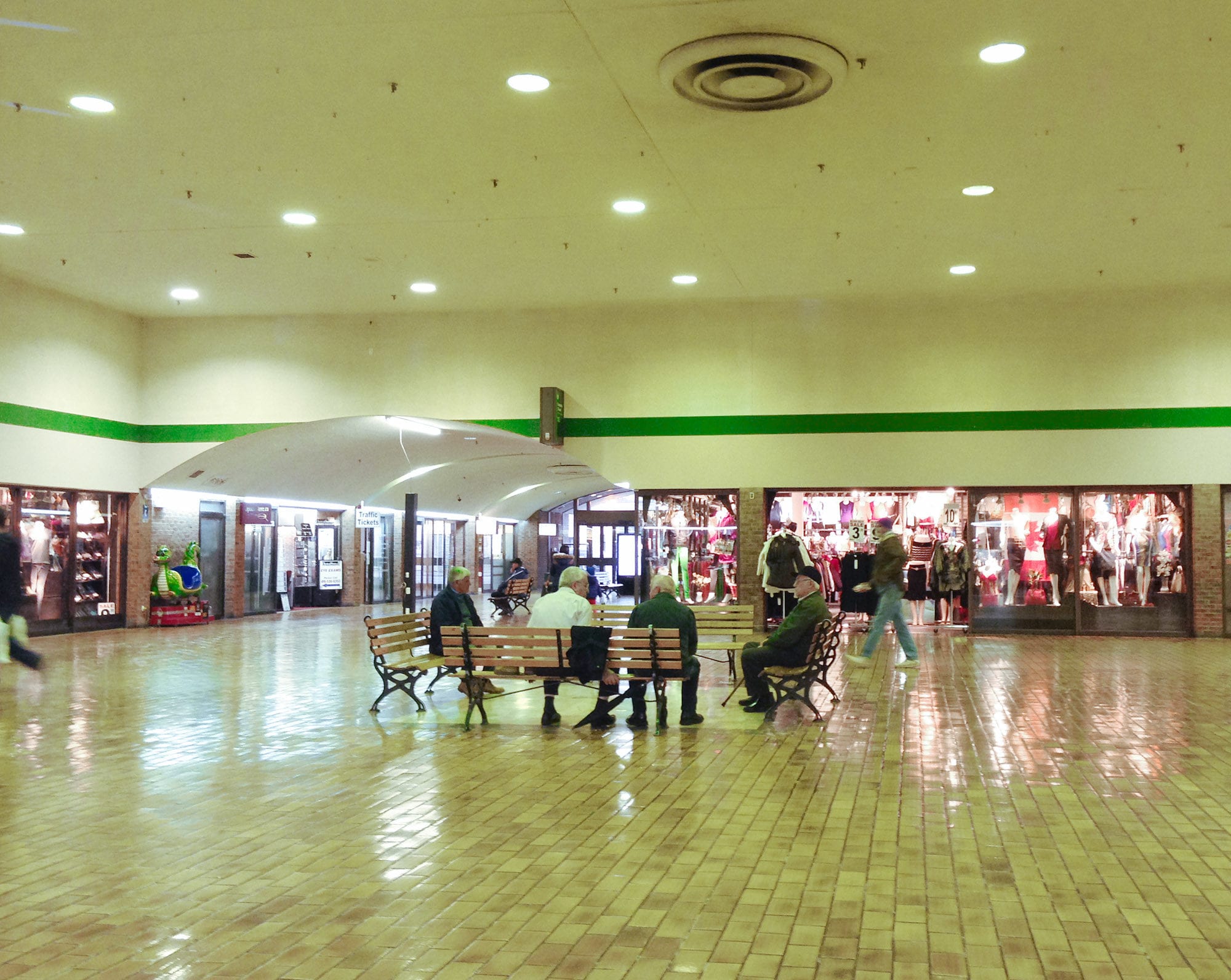 These picnic benches are the real centre of the Galleria Mall. For regulars, they’re like a second living room.  “I once tried to sit on a bench and it didn’t go so well,” Kasman says. “The regulars looked at me, and I knew I didn’t belong in that group. It’s sort of like the seats are reserved, but there’s no need for a sign. You just know.” 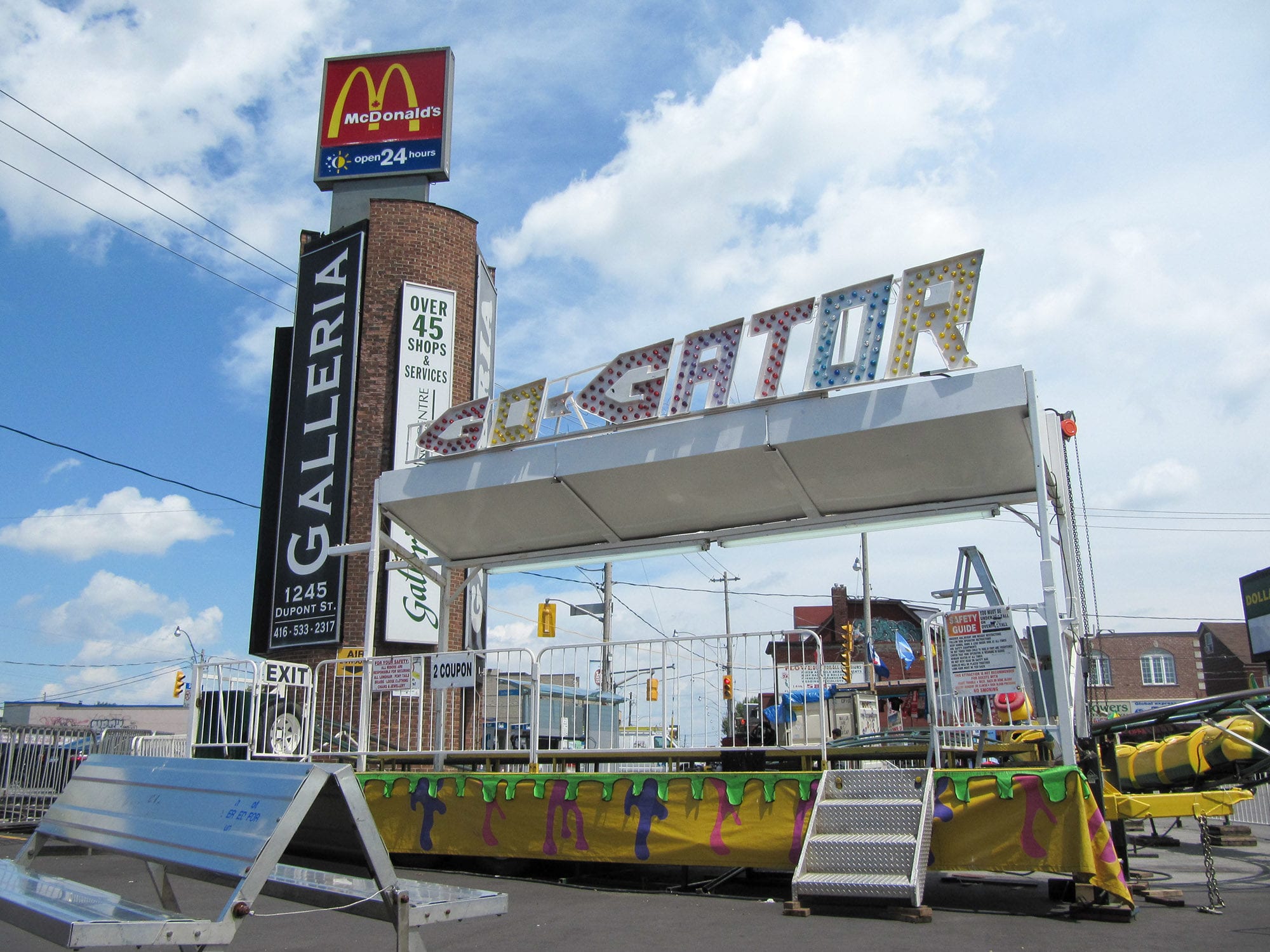 The Galleria parking lot is huge, with space for 700 vehicles. Once a year, a section of the lot was transformed into a rip-off version of a rural Ontario fair, with a small selection of carnival games and rickety rides. “It wasn’t the CNE, but people still showed up,” says Kasman. 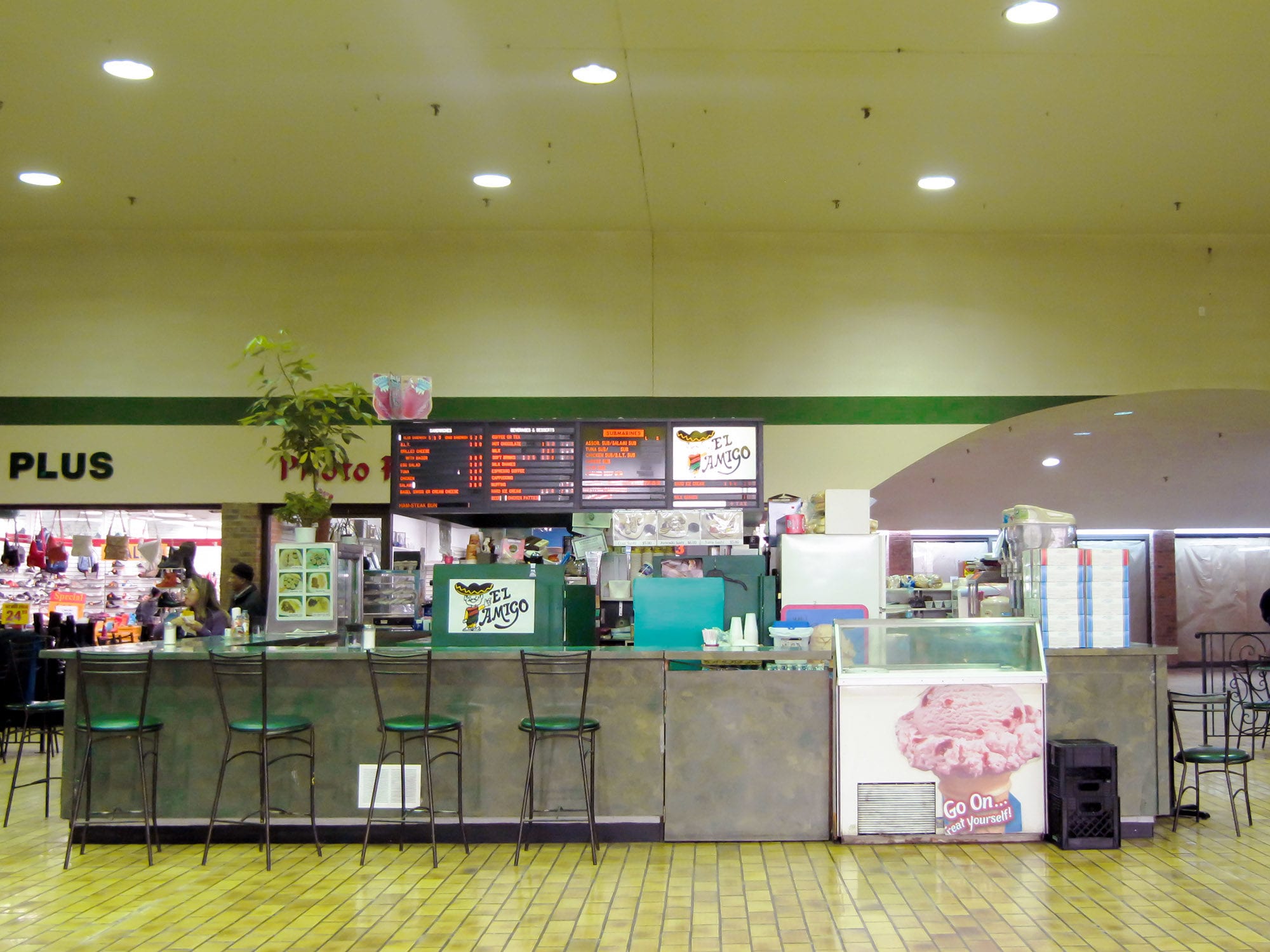 The Galleria doesn’t have a food court, but it does have El Amigo, a standalone food counter that serves a smorgasbord of options, from sushi to Jamaican patties to corned beef sandwiches. Confusingly, there is no Latin cuisine, as its name and logo suggest. 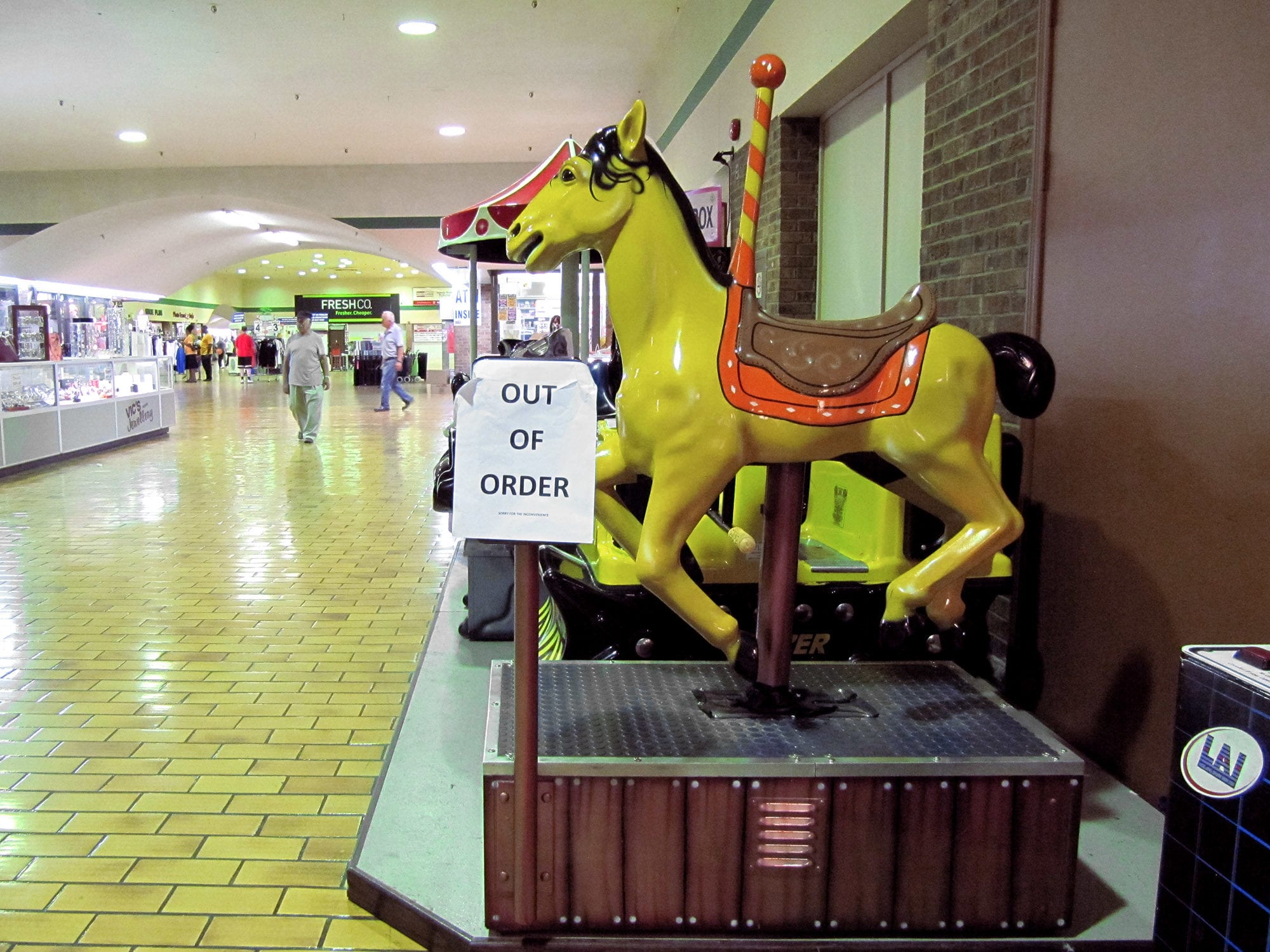 One of the mall’s main corridors is lined with coin-operated rides. “It always seemed like something was a little out of order at the mall,” says Kasman. “The rides are great decor. Unfortunately, I never got a chance to ride one.” 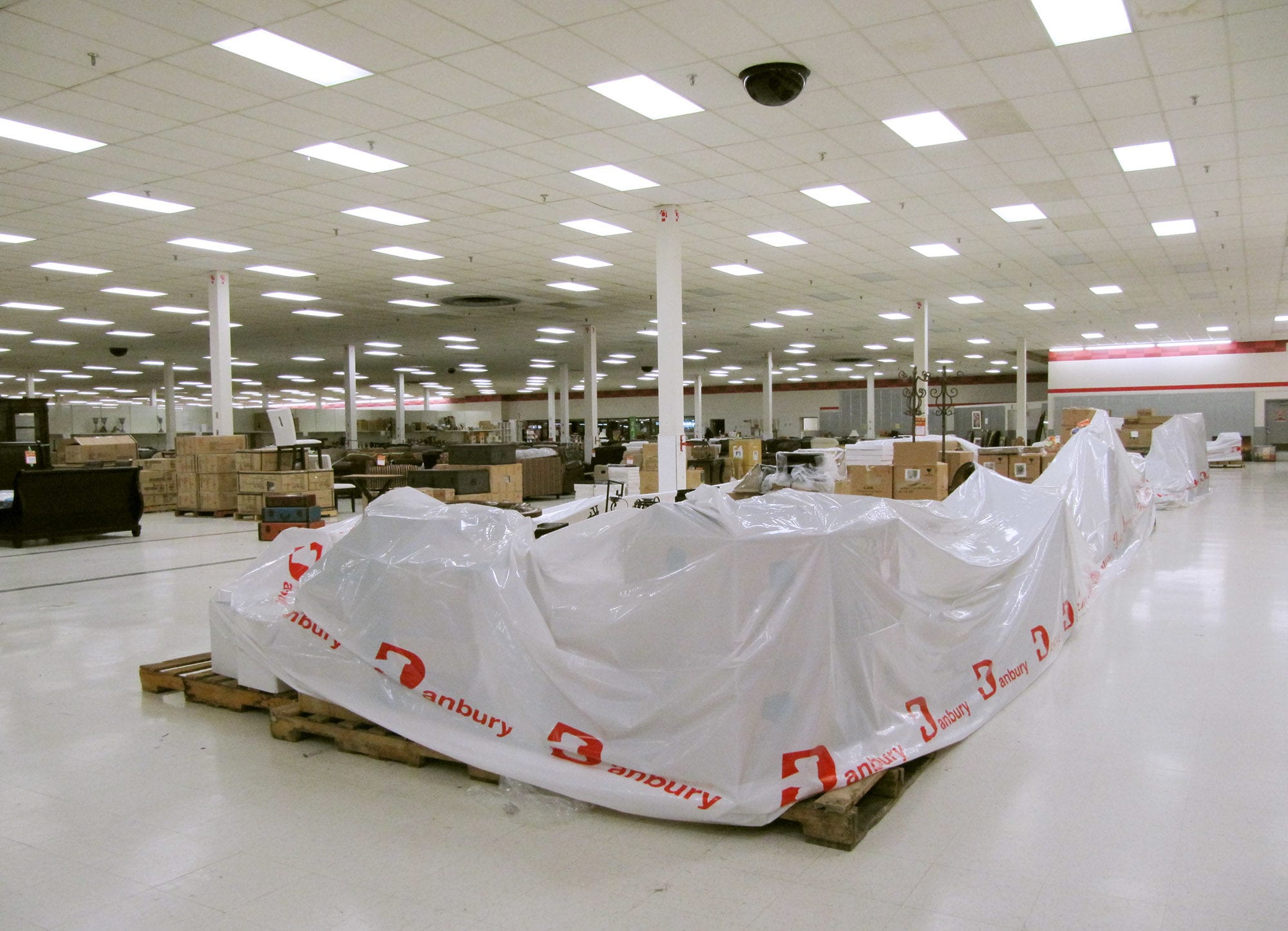 When Zeller’s closed down, it was replaced by a discount furniture and knick-knack store. They could barely fill the massive department store space, and never bothered to replace the red trim and fluorescent lights. Eventually, the space was divided into several smaller businesses. 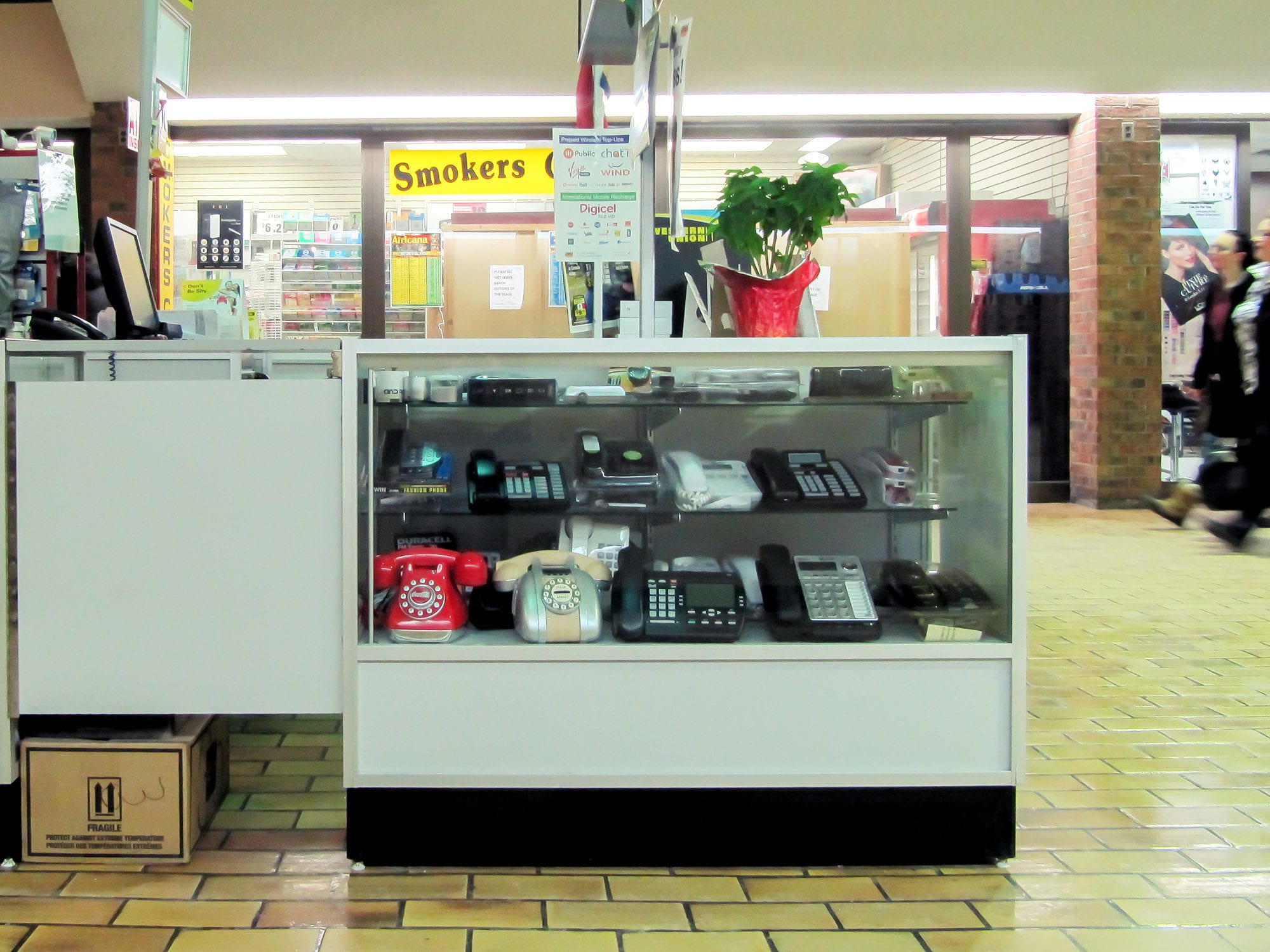 Most phone kiosks sell charger cords, screen protectors and headphones, but not the Galleria. Here, rotary and dial phones are still prominently on display. “It took me a long time to get rid of my landline. I mostly used it to call my cellphone when I couldn’t find it,” says Kasman. “You don’t really see these phones anymore, and I found it charming that someone could find one at the Galleria.”