The best new titles on Netflix Canada this spring

The best new titles on Netflix Canada this spring

April has arrived and, even though you swore you’d crawl out of your winter cocoon and rejoin real life in the spring, now that the time has come, the answer is a hard no. The good news: the rainy (and apparently snowy?) April is prime time for a Netflix marathon anyway. Here are some great new-to-Netflix options you’ve been overlooking.

If you missed Gianfranco Rosi’s documentary at TIFF and at Hot Docs over the winter, we’ll assume it’s because you were busy working through our last Netflix guide. The film is an in-depth, on-the-ground look at the refugee crisis. In 2015, Rosi spent months on the Italian island of Lampedusa—a hot spot for those seeking a way into Europe through the Mediterranean—to gather footage. By delving into the personal backstories of refugees from around the world, he adds context and emotional heft to the headlines and showcases human nature among those who are at their most desperate.

Rudy Kurniawan is the sneakiest of sneaks: he has both a fine palate and a talent for passing off his own homemade wines as fine vintages. It’s highly entertaining to watch him use his skills to weasel his way into the ranks of uppity, upper-class sommeliers and fool them all by auctioning off his phoney wines for extravagant prices. The good news for Rudy: he earns $35 million. The bad news for everyone else: that’s some seriously pricey Kool-Aid they’ve been sipping.

This new Netflix addition might ring a bell: it’s based on Jay Asher’s bestselling 2007 young adult novel. The series begins in a high school, where students are grappling with the suicide of classmate Hannah Baker. In the first episode, they discover she left behind 13 cassette tapes describing the scenarios that led to her death. With one flashback per episode, the students (and viewers) piece together the story tape by tape. It’s dark subject matter, but the show strikes a tasteful balance between serving up a riveting mystery and spotlighting on the bullying and mental health struggles that can exist inside a high school’s walls.

Pearl of Africa follows Cleo, a trans woman in Uganda, where homosexuality warrants prison time, and the country recently had its largest anti-LGBTQ march ever. Cleo is soft-spoken, but articulate and resilient, and, rather than stay fearful, she tells her family and friends about her gender identity and boyfriend, Nelson. Heartbreakingly, her father rejects her and she loses her job after coming out, but her mother and sister lend emotional support. Somehow, the movie remains hopeful as it documents her interactions with Ugandan politics and journeys abroad in search of reassignment surgery.

In post-WWII Scotland, a couple looking for a romantic getaway end up crashing a pagan Halloween ritual. The stunt sends Claire, the wife, back to the 1740s, where she helps a group of Scottish rebels fight the British army. It’s a feminist bodice ripper disguised as a time-travelling sci-fi epic, stuff with mystery, suspense and steaminess.

If you think all rom coms play out the same way, you haven’t seen Gigantic. The first clue that it’s not a run-of-the-mill Hollywood flick: the male lead (who, let’s be real, is a bit of a loser) works at a mattress store and is planning to adopt a Chinese baby on his own. Zooey Deschanel’s character steps in as, of course, the quirky love interest with an unexplained thing for mattress man. It’s a cousin to classic klutz love stories like Juno and Garden State.

Louis C.K. jumps right in: mere seconds after walking on stage, he cracks a joke about abortion. Next up, suicide and Christianity. The special is witty, fast-paced and anything but politically correct. He works in jokes about Achilles (yes, the ancient Greek hero) as well as impressions of Matthew McConaughey, Channing Tatum, elderly people and his own penis. Best of all is his bit on 9-11 deniers: what if, he asks, this were just a group of nine people who simply don’t believe in the number 11?

When best friends Conor and Jock hear that seven million euros worth of cocaine has gone missing off the coast of west Ireland, they think it’s their lucky break. All they have to do is steal a pair of bicycles, pedal across the country, fish the bricks of cocaine out of the ocean, figure out how to deal it, launder the money and not get caught. How hard can that be? If you’ve been feeling pea-brained lately, the comically thick-skulled characters in this quick comedy will provide a nice ego boost. Based off the true story of Ireland’s biggest cocaine seizure, this gem is crass, witty and laced with the purest form of blunt, Irish humour. 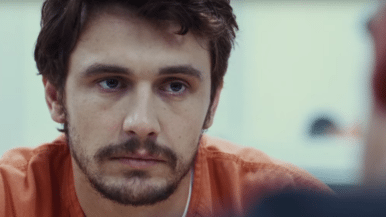