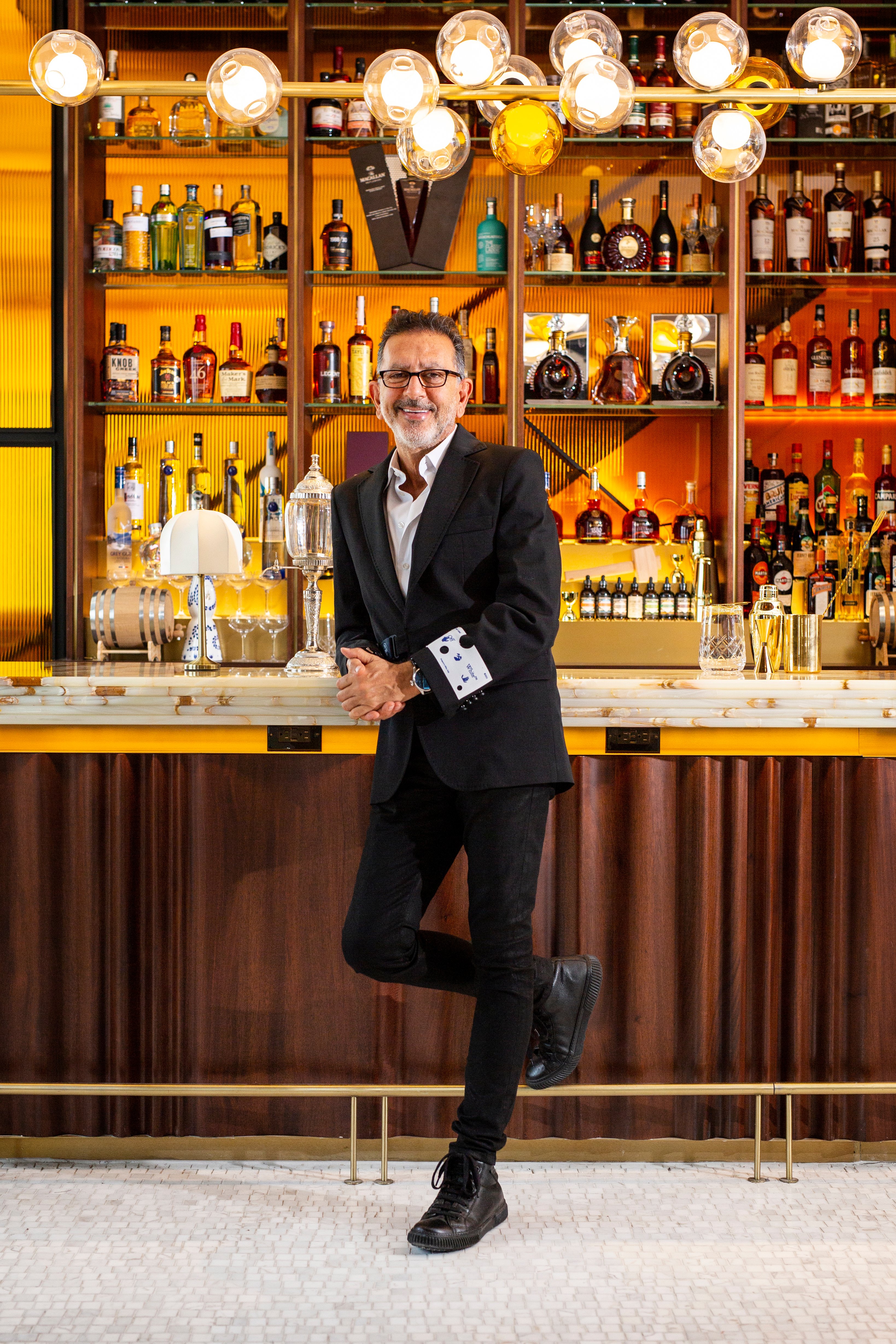 Charles Khabouth, who runs 18 restaurants and nightclubs in Toronto, had to lay off some 98 per cent of his 2,000-person staff at the beginning of the pandemic. Here’s how he brought his empire back to business

“In early March 2020, I’d just returned to Toronto from a trip to Miami. On Monday morning, I went into the office and got the news that we have to shut down and go into complete lockdown the next day. On Tuesday, we got on a Zoom call with as many senior staff as possible to let everybody know we’re shutting down and don’t know when we’ll reopen. You could hear a pin drop. It was just a shocked silence. For the first time in 38 years, Ink Entertainment, the company I’d built from the ground up, came to a complete standstill. In the next couple of weeks, we laid off 98 per cent of our 2,000-person staff across our 18 Toronto clubs and restaurants.

“To lay off almost 2,000 people over a Zoom call is horrible—mentally and emotionally, never mind financially. I saw people with tears in their eyes and heard people crying. That was probably the most exhausting day I’ve ever had in my life. That night, I had a few of my directors and managers over for dinner at my apartment. It honestly felt like the last supper. I opened a couple of bottles of wine and made veal Milanese and pasta. A few of them brought bread and dessert. When we finished dinner, I started feeling really sick—it hit me suddenly, from zero to a hundred in five seconds.And that was the beginning of my 19 days in bed with Covid.

“It was surreal. My son Charlie lives with me, so he brought food and Gatorade to the door. Nobody knew much about Covid or what it meant, except that it could be deadly for older people—and I’m in my 50s. On day seven, I started having problems breathing in a big way. I called 911 and went to the hospital. It looked like a sci-fi movie—everyone was dressed in full protective gear and double-masked. When I was in the hospital, I was put behind a curtain until the doctor came. Nobody would dare go anywhere near me. They sent me home after a few hours. But I was okay. I got through it.

“Like everyone else in the service industry, the last 16 months have been a rollercoaster in terms of reopening. Multiple times, we were told we could reopen—whether indoors or outdoors—only to shut down soon after. At Cabana Pool Bar and Rebel, we spent nearly $300,000 on a beautiful tent that seats four or five hundred people. We heated it. We put in carpeting. We had a Canadian artist do an installation. It took us six weeks to put this thing up, and after two weeks of having it open, the rules changed and we had to shut down again. It hurt financially, but more than that, it hurt morale.

“The biggest loss was the number of staff who moved on after being laid off—whether home to their native countries or on to different career. We’re used to having people stay with us for a long time, but during the pandemic we lost about half of our team. Little moments of celebration kept us going. In March 2021, I happened to be around when someone threw a proposal on the 43rd-floor events space at Bisha Hotel. I was in the lobby watching people move in a giant display that read, ‘Will you marry me?’ along with maybe $1,000 worth of flowers. It was so nice to see somebody pushing through the pandemic to have a positive moment.

“When we were told we could open patios and indoor dining, it was a joyous moment for us. At one restaurant, staff that came in to work their first day were hugging each other, and I was in the background yelling, ‘No hugging! No hugging!’ But people were just so happy. Our industry is about life, about celebration, and being part of that again is huge. You can feel it in the mood among the staff.

“Between now and the end of the year, we’ve booked more parties than ever before. We get around 10 inquiries a day for small and medium-sized events. People take any excuse to celebrate these days. A couple of weeks ago, I walked into one of my bigger patios at Sofia, and the line snaked around the block. It looked like a concert.The weather was warm and beautiful. Four or five people were celebrating birthdays or engagements. My sommelier told me she hadn’t sold this much high-end wine in a long, long time. It seems like people are eating, drinking, and spending more. Everywhere I turned, there was lobster, caviar, and steak. I’m sure it’ll level off eventually, but right now, every night feels like a party. It means everything to me: I think we took restaurants for granted until they went away for a while. And now, people are realizing that restaurants is where we meet people, laugh together and share stories.

“The night we opened indoor dining, I visited Akira, Amal, and Sofia. I spend most of my time nibbling in the kitchen and chatting with chefs and other members of the team. All three places were just buzzing with joy and excitement. I stood in the kitchen chatting with Rony Ghaleb, the chef at Amal, who’s Lebanese. He said, ‘I’ve made something you probably haven’t tasted in a long time.’ In the midst of the hustle and bustle, he gave me a plate of sayadieh—a Lebanese fish, pine nut, and rice dish that he was testing for our new lunch specials. It’s the kind of dish you make when you’re treating someone. ‘Don’t let anybody see it, or they’ll want it for themselves,’ he said, laughing.

“It’ll take a couple of weeks to find staff for our nightclubs. Hiring is a huge problem in the hospitality business right now. I have friends in Miami giving new staff a $400 signing bonus. It’s so competitive. At our restaurants, we’ve been able to bring back about half our staff and train enough new hires to make up the difference. We’ve hired about 450 people back at this point, including new people.

“I’m thinking positively for the first time in so long. Of course, it feels good to make money again, but beyond that, it’s amazing to just be in restaurants with people. I’m so happy to see the staff and customers, to see these beautiful places finally come back to life.”