Co-founder and CEO of Ritual, an app that lets users pre-order and pay for lunch and coffee on their phones

How it works: “You press a button on your phone to place an order. The prep time and your location are mapped into our system, so the ­restaurant can have your order ready when you arrive.”

Eureka moment: “While I was travelling with a work colleague seven years ago, I visited a famous pub in London where they knew all their regulars by name. We joked about becoming regulars and the bartender said, ‘Absolutely.’ The next time we walked in, he poured us a drink and greeted us by name. That floored me. I thought, if technology were involved, every interaction could feel like this.”

How much you spent initially: “Google bought my previous company, a media platform business called PushLife, and my investors did very well, so they gave us more than $2 million to get Ritual started. I also invested six figures with my co-founders, Robert Kim and Larry Stinson.”

Your turning point: “We asked some companies in King West if they’d consider replacing catered office lunches with Ritual—they’d just deposit a credit on employees’ accounts, and they’d choose what they wanted to eat. It caught fire instantly. Before the app even had a name, 1,000 people had signed up.”

The best advice you’ve received: “You don’t need to be smarter than everyone else; you just need to work twice as hard.”

Jargon you use too much: “Order of magnitude”

Jargon you hate: “Utilize, instead of use”

Your tech role model: “Warren Buffett. He’s amazingly disciplined, believes that simple is always better than complex and stays away from things he doesn’t understand.”

Coolest thing in your office: “Free gourmet coffee and lunch every day, and a micro-kitchen full of great snacks. Food is kind of a big deal here.”

App you can’t live without: “I would be dead without Google Calendar.”

Your go-to office outfit: “T-shirt, jeans and a pair of Nikes.”

If you weren’t running a start-up: “I’d be an auto journalist. I read and watch all of Car and Driver’s stuff. Test-driving and writing about awesome new cars would be pretty sweet.” How it works: “Companies use our app to send front-line workers—particularly in retail, telco and auto—things like product-launch or skills training info. Employees earn points by acting on the messages and can use those points for rewards, like bonuses or days off.”

Eureka moment: “I used to be a consultant on sustainability and corporate responsibility. My clients had amazing programs, but relied on managers or bulletin boards to convey them, which never worked. I was frustrated and asked why we weren’t using smartphones to connect to employees. I pitched some clients, and they said, ‘If you build it, we’ll buy it.’ ”

How much you spent initially: “Twenty thousand from our early customers, which we used to hire tech staff. My ­co-founder, Dessy Daskalov, and I worked without pay for a year and a half.”

Your turning point: “A customer asked us to try content beyond just corporate responsibility, and their sales operations and marketing teams saw that people’s Nudge scores correlated to high store sales. It changed the game for us.”

Your big-time backers: “A major Canadian telco company and a government agency were early backers. Then we raised $3.5 million from Brightspark Ventures, the RBC Generator Fund, MaRS and a bunch of angel investors. ”

The worst advice you’ve received: “Don’t be too optimistic.”

Tech jargon you use too much: “Scale”

Your tech role model: “My co-founder, Dessy. She’s fearless, and bleeds and breathes the entrepreneurial spirit.”

Coolest thing in your office: “A family room with team photos, a couch, slippers and blankets. Also, a hoverboard.”

App you can’t live without: “Strava. It tracks your bike route and speed. I compete against co-workers—I’m winning.”

Your go-to office outfit: “Blazer or a Patagonia zip-up, jeans and sneakers.”

If you weren’t running a start-up: “I’d be leading a Canadian, women-focused venture capital fund.” Company HQ: Adelaide and Sherbourne, and a hangar in Brantford
Founded: 2006
Employees: 50

How it works: “It’s an air-trucking system, like a Tesla of the sky. We go into inaccessible places, such as landlocked African countries and ­Canada’s North, with resources that enable local entrepreneurs to connect to the rest of the world.”

Eureka moment: “In high school, I mowed the lawns of a few embassies in Ottawa. Once, at a lunch at Burundi’s embassy, I got into a friendly argument about whether it was more difficult to transport things to Africa’s landlocked areas or to northern Canada. That’s what kicked it off. I studied the topic and eventually founded Solar Ship.”

How much you spent initially: “$300,000. We had to build a mini-prototype and a wind tunnel to test it. A lot of professors and students from U of T volunteered their time to help us get started.”

Your turning point: “Building a relationship with the City of Brantford and the RCAF there, and getting a facility where we could build a proper aircraft. Before that, we’d get up at 3 a.m. and assemble our aircrafts in farmers’ fields. That was just ludicrous.”

Your big-time backers: “Our catalytic investors were the ­entrepreneur Scott Griffin, as well as philanthropists John and Sally Horsfall Eaton. Zenair and Liu Ruopeng, the Elon Musk of China, have also invested.”

The best advice you’ve received: “You’re only in one business: the trust business. Never be frugal about your efforts to build trust with people.”

Tech jargon you use too much: “Vectored thrust”

Your tech role model: “Mo Ibrahim. He introduced the cellphone to Africa.”

Coolest thing in your office: “One of the guys in our entrepreneurship program is an artist. Three of his murals—of Canada’s North, Africa and China—are on our wall.”

If you weren’t running a start-up: “I would be really rich from investing in other entrepreneurs.” 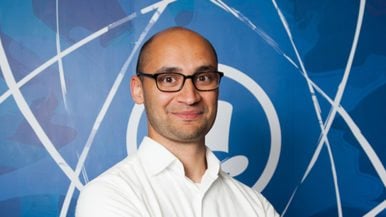 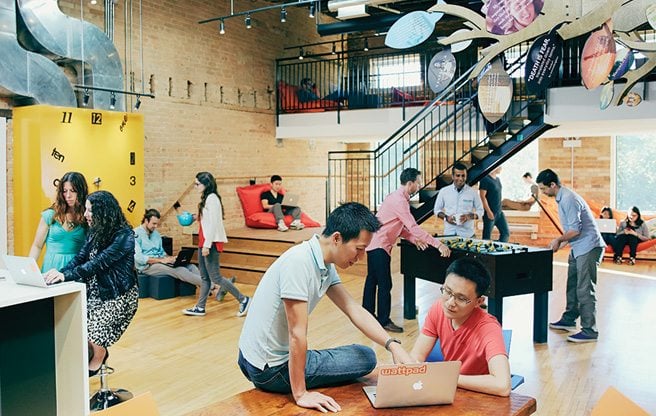 The Wattpad Cult: why Toronto’s buzziest tech start-up is a self-publishing app beloved by teen girls