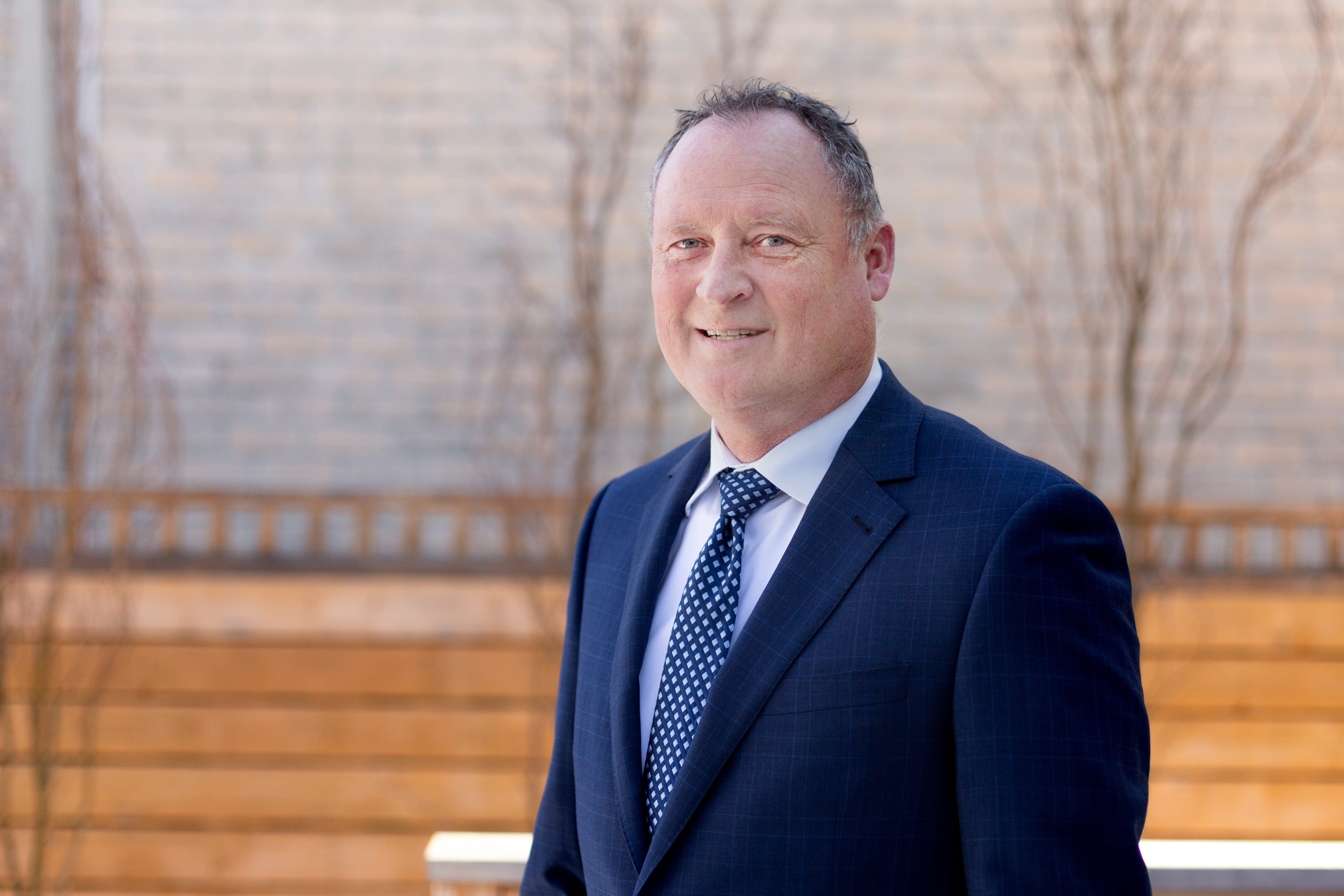 As executive director of the city’s Municipal Licensing and Standards department, Carleton Grant has seen his job description get a little (okay, a lot) more complicated in the last 11 months. He’s the guy on the other end of the 311 line, fielding complaints on everything from illegal gatherings to after-hours ice rink parties to condo dwellers who aren’t masking up in common areas. Grant and his team of 200 bylaw officers work with the police and Toronto Public Health to ensure Torontonians are staying safe—and compliant. Here, he talks about the party count on Super Bowl Sunday and why, for any businesses planning to break the lockdown rules this week, there will be no warnings.

Going into last weekend, everyone from Justin Trudeau to John Tory was warning us not to gather for Super Bowl parties. Based on what you saw, how did Torontonians do?
I would say we did really well. On Sunday, we got 34 complaints relating to illegal indoor and outdoor gatherings, which, given the size of the city, is pretty good. We ended up laying charges at just one residence.

What about the other 33 parties?
We may have visited some of these locations, but no charges were laid. Bylaw officers are not first responders—we try to get to as many calls as possible within 24 hours, but obviously we are not going to be able to catch everyone. Or we’ll arrive at a location and whatever activity was reported is no longer in progress. In those cases we would not be issuing tickets, but would probably remind the homeowner about the current regulations, and why it’s important that everyone do their part.

Let’s go back to the Super Bowl party where charges were laid.
I can’t say for sure that it was a Super Bowl party, but I know it was a house party and 18 tickets were issued for $1,000 each.

Oh wow—so this was a bender!
It was definitely a larger group, which is why it was attended by the police rather than bylaw officers. During Covid-19, enforcement has been a joint effort between our office, police and Toronto Public Health. Larger gatherings tend to be handled by the police because these events can get out of hand. The same goes for the anti-mask protests, underground parties and illegal gaming houses, which we saw in Toronto last week.

For the most part, are the illegal gatherings happening in private homes? Bars and restaurants?
We’ve had people who have rented out warehouses spaces and even storage lockers to throw parties. People gathering in their backyards or garages are big. We’ll respond to a complaint where someone has set up a bar in their garage and thinks that’s okay to have a buddy over because they’re “outside.” A lot of it has to do with the weather. In the summer, it was people in the parks, people over on the island throwing raves. We caught one guy bringing a barbecue and firewood. Now we’re dealing with issues around skating rinks. People playing shinny and gathering on the rinks after hours. They’re bringing alcohol and using them as a place to get together with friends.

Any particular rink?
There are 46 rinks in the city that have been identified as problem properties. I get it that a lot of people have Covid fatigue, but that’s not an excuse. That’s where a lot of the calls come from—people are sacrificing, and then they see someone else breaking the rules and there is a lot of frustration.

You hear stories about people using 311 as a “snitch line” to exact revenge. Is that something you’ve seen?
I can’t really speak to people’s motivation, but we definitely see a lot of neighbour-versus-neighbour complaints. Someone will report a house a few doors down with four cars in a driveway. And then we will get business-versus-business, where one business owner feels like, Why is he staying open when I’ve been shut down?

Are there any types of small businesses you’re having issues with?
We’ve had quite a few complaints about hair salons and gyms. Out front it may say they’re closed but then people are entering through a secret back entrance. Over the weekend we laid charges against a cosmetics store that was continuing to operate. The fine for a business can be up to $100,000, depending on what the courts decide.

When bylaw officers show up, do business owners try to make excuses, or is it more like, “Okay, busted”?
It’s a mix. In some cases, business owners have the attitude of, I’m going to stay open for as long as I can get away with it. Then when they get caught, they get caught. And then we also see some businesses that are trying to get creative. In the last couple of weeks we’ve seen a housewares store that was trying to sell groceries, an adult entertainment club that was trying to do takeout.

Like takeout food or takeout adult entertainment?
Ha! No, they have a kitchen, so they are doing takeout food, but then when you come to get your brown bag of food…let’s just say it probably wasn’t the manager who was giving it to you.

How much time do you spend in the field versus behind a desk?
I’m not a field officer, so even if this were not Covid, I wouldn’t be attending calls. But I would normally be interacting with my management staff and my team. Instead, I’ve spent the last 11 months working from home, running air-traffic control from my living room.

I guess you’re pretty strict about playing by the rules in your personal life. I don’t think I’d be inviting you to my Super Bowl party. Not that I had one!
Well, that’s as it should be. We all have to do our part. And yes, definitely I feel like it is my job to set an example. I’ve gotten a lot of invitations that I’ve said no to.

Last week Toronto city council voted unanimously to extend municipal bylaws to June. That seems like a really long time from now.
These are the Toronto Public Health bylaws—the ones about masks and social distancing. They were set to expire, so this renewal just means that we’re not out of this yet, and that it’s still important to keep wearing masks and social distancing.

Eleven months in—are there still people who still don’t understand mask wearing?
Some people are playing the naïve card, and other people are playing the arrogant card. Recently we’ve had a lot of issues in apartment and condo buildings where people aren’t wearing masks in common areas like lobbies, laundry rooms, elevators. They feel like it’s their home, so they’re not required. We had 263 buildings across the city with three or more complaints, so we advised all of them with a notice. Then we had 12 buildings with 10 or more complaints, so we went to those buildings and spoke with the managers and the residents.

What does playing the arrogant card look like?
Oh, it’s people saying things like, “Why should I? Who are you to tell me what to do? You’re just a bylaw officer.” Many people treat my team with respect, but there are also instances of people being verbally abusive.

Can’t you just write them a big fat ticket?
Well, one of the challenges relating to not wearing a mask is that that the bylaw is about buildings and business managers. So if we go into a store and three customers aren’t wearing masks, the offence would be on the part of the operator.

But what about some of these horrible patrons who are refusing to put a mask on even when a store owner or employee politely asks them to?
In that case, we wouldn’t go after the business because we can see they’re making their best efforts. But we still can’t hand out tickets to people who don’t wear masks. I’ve seen videos where business owners or employees are barring entry, and we’ve seen more radical situations down south where people were getting hurt for trying to enforce rules.

Restrictions on businesses have been lifted in some parts of Ontario as of today. I’m sure you’ve heard that some Toronto businesses are planning to open as well—bylaws be damned!
I have heard that, and we’re keeping a very close eye on the situation. We are monitoring 25 non-essential businesses that have registered through a website called We Are All Essential. I would hope  that they would do what’s best and stay closed, especially since Toronto is now looking to reopen at the end of the month. And look, I am very sympathetic to how hard it’s been for small businesses, but we’ve made it this far.

To anyone considering patronizing any businesses that do open illegally, what would you say?
I would remind them that we are watching, and that in this case both the individual and the business will be charged. We’ve spent a lot of time educating and giving out warnings. This time, there will be no warnings.