Toronto may be a young city, but it’s peppered with historical buildings that tell its story. Last summer, local artist Daniel Rotsztain (a.k.a. the Urban Geographer, perhaps best known for drawing all of Toronto’s libraries) set out on his bicycle to create a compendium of those historical sites: mansions, museums, landscapes and other storied structures managed by the city’s Museums and Heritages Services. The result, A Colourful History, is a punchy local history lesson in the form of a colouring book, and a show based on the book is on display until October 15 at Todmorden Mills. We asked Rotsztain to tell us about what went into creating the book. 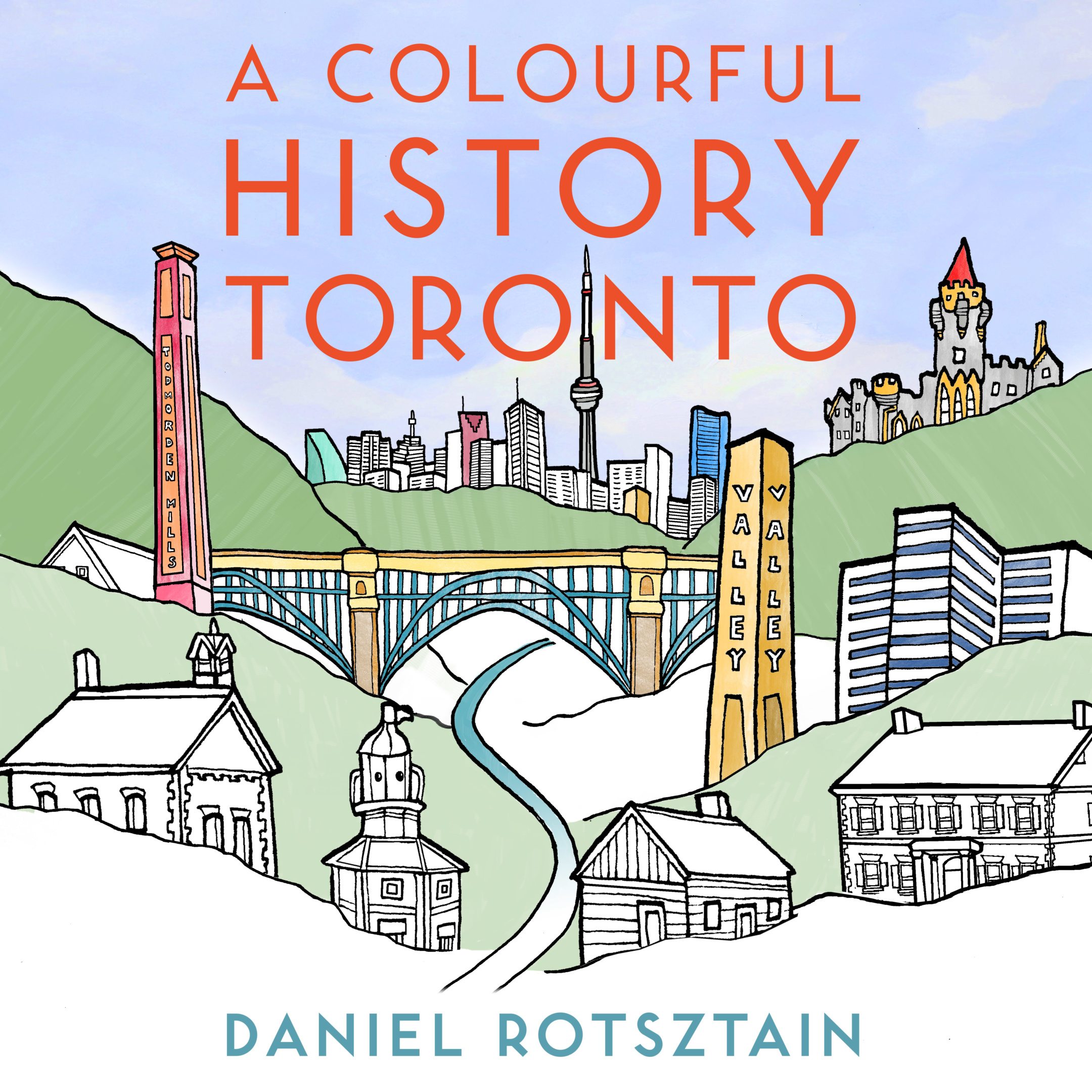 How did you get interested in Toronto’s heritage?
I grew up near Bathurst and Eglinton, close to Casa Loma, which is kind of Toronto’s marquee heritage building. My parents gave me a copy of a children’s book called The White Stone in the Castle Wall, which is about the myth of a white stone that is lodged into the wall of Casa Loma at Walmer and Davenport. It’s a really evocative historical story. 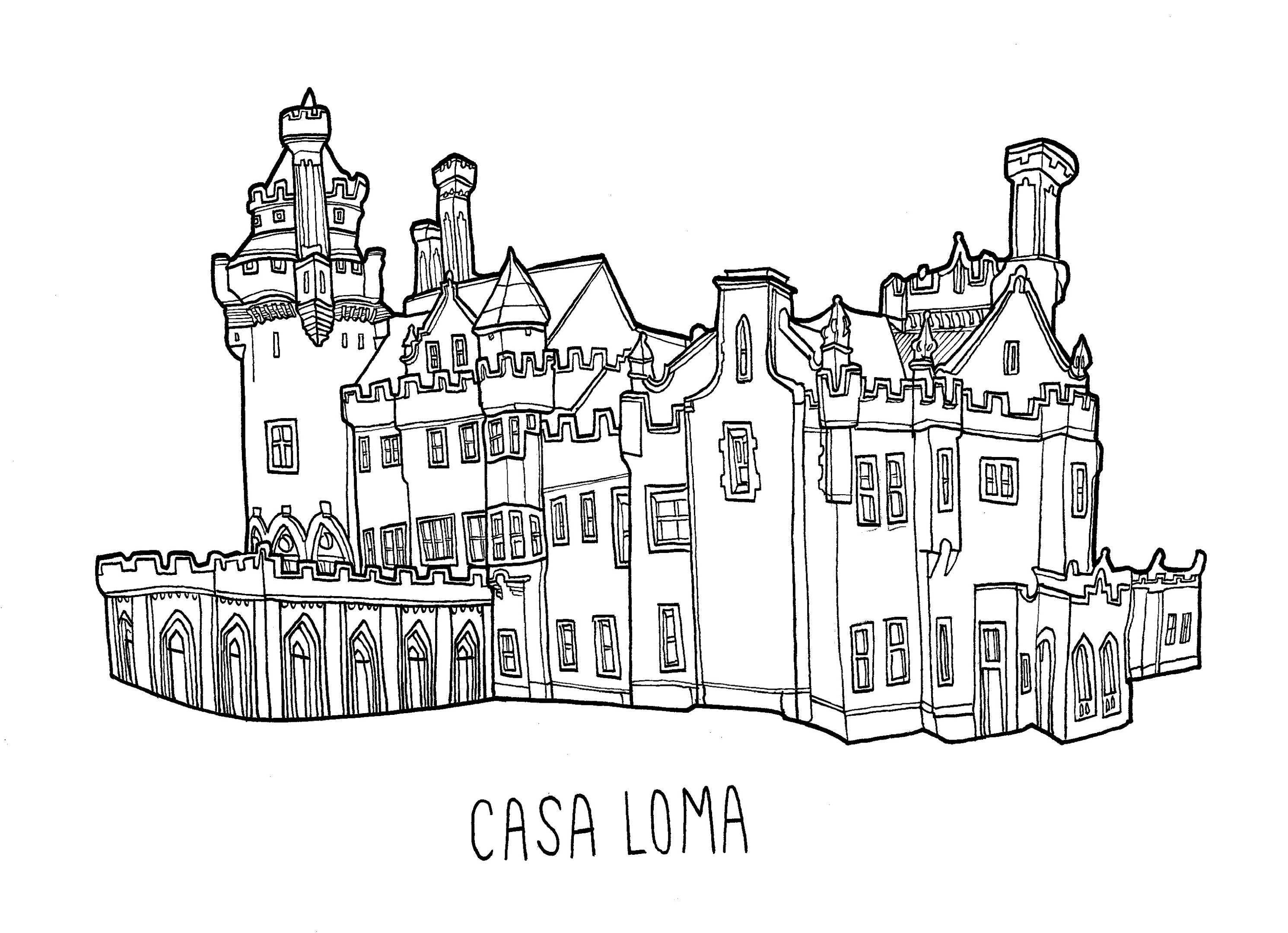 You drew 100 sites for your book. What was the process like?
I do my drawings on site. They each take about an hour to an hour and a half. I believe there is beauty in imperfection. I started mapping the process out in late 2015, then committed summer 2016 to visiting the sites and completing the illustrations. I try my best not to sketch off of photographs, though I drew a few of the drawings in this book from photos because I forgot to draw some things before winter hit. Part of the process of these books is the journey itself, so biking to the sites was important to me. Biking and drawing them on site was an opportunity to dwell and feel the pulse of the place. It was my own version of a meditative arts process. It was great. People came and interacted with me. It’s amazing what happens when you just stand still for a little while. 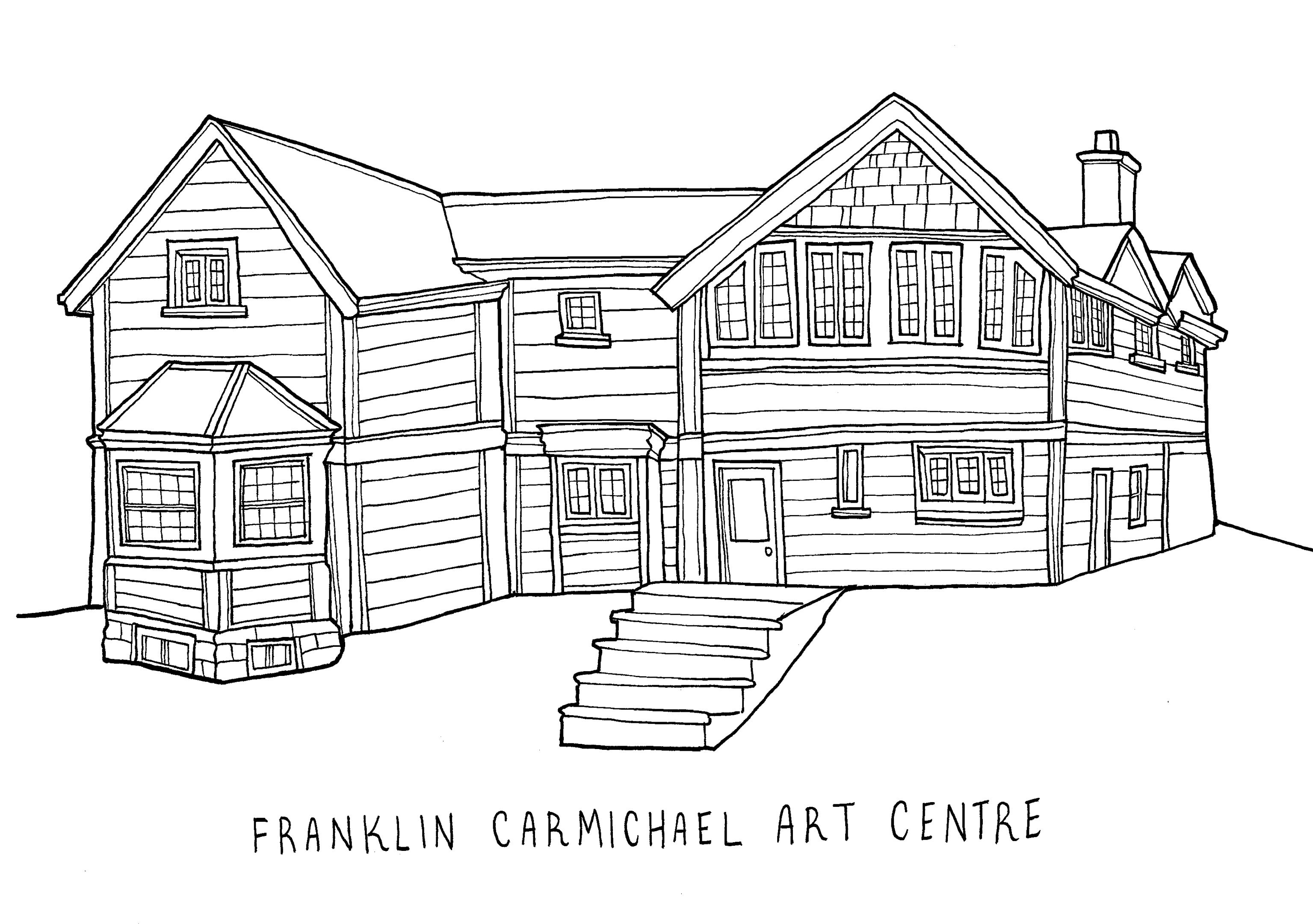 What sorts of encounters did you have?
When I was drawing the Franklin Carmichael Arts Centre, this neat hidden house on the Humber River, there was an art class going on for teenagers. When I explained I was drawing as a paid job, they were blown away. It was like they did not realize art was something that was supported in the city of Toronto, something that they could pursue as a career. Another time, I was at the Bluffs gallery in Scarborough, a humble little house from the 1940s, and I ended up having a conversation with someone who thought that Toronto doesn’t have history compared to London or Paris or New York City, because we are relatively new. I showed my sketchbook to this person, who had never heard of any of these buildings. 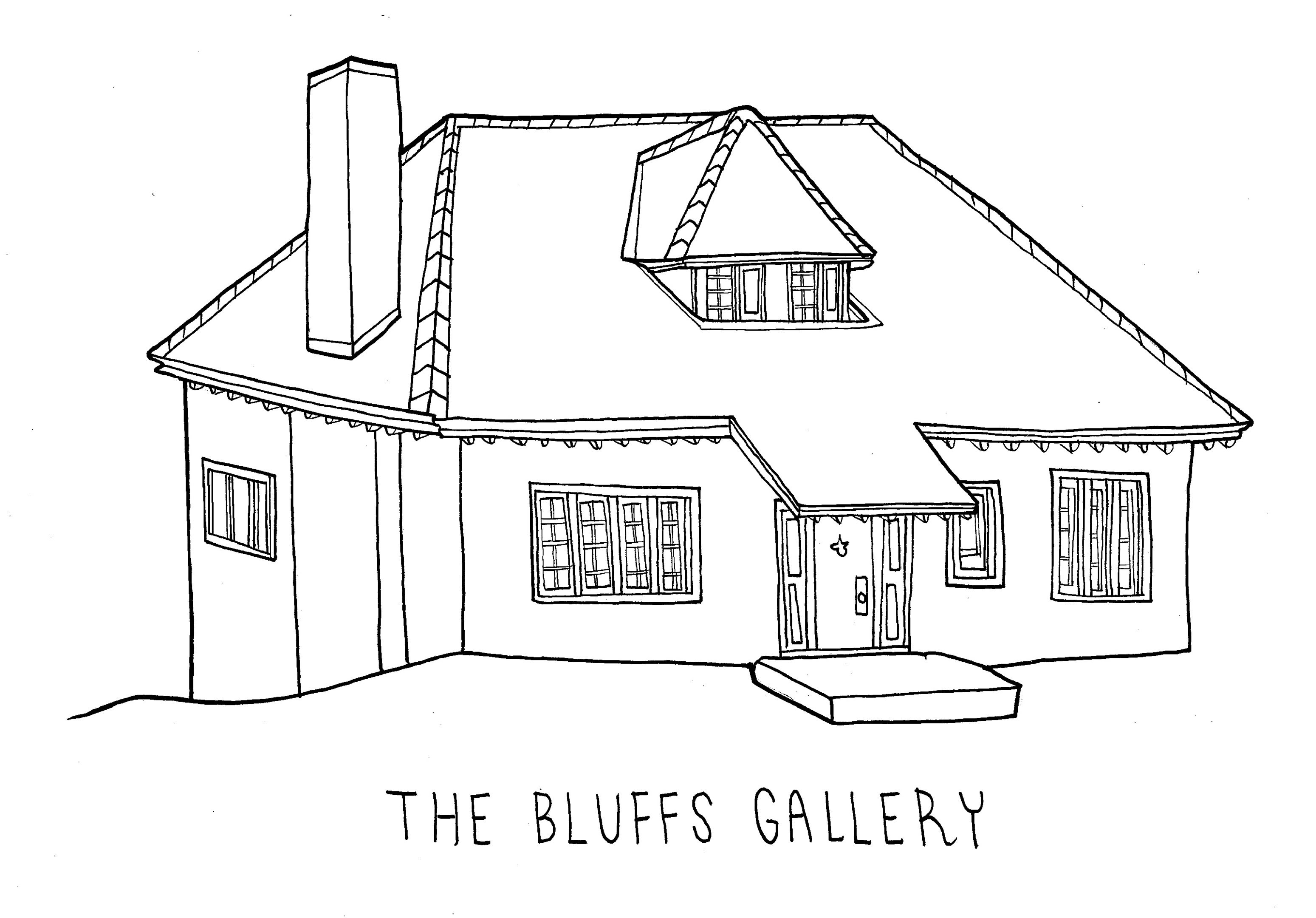 Do you think Torontonians have a proper sense of the city’s history?
We’re at an interesting time in Toronto’s sense of self. Growing up, I often heard people say we had no history. Something has changed—Toronto is overcoming its amnesia. The internet has been crucial in reminding Toronto that there actually was a before. The buildings in the book are little fragments of our history that were able to weather the tides of demolition, partly because people fought for their survival. Unlike Paris or Amsterdam, where historical sites are basically dusty museums that you can’t touch, we have adapted our sites for contemporary use by artists, writers and so on. I think that is very important.

Are there any buildings that are gone that you wished you could have sketched?
Number one on that list would have to be the old Toronto Star building. It was the model for the Daily Planet building in the original Superman comics. A beautiful, art deco mini-skyscraper. Sadly, all that is left are some pieces of the façade at the Guild Inn in Scarborough. 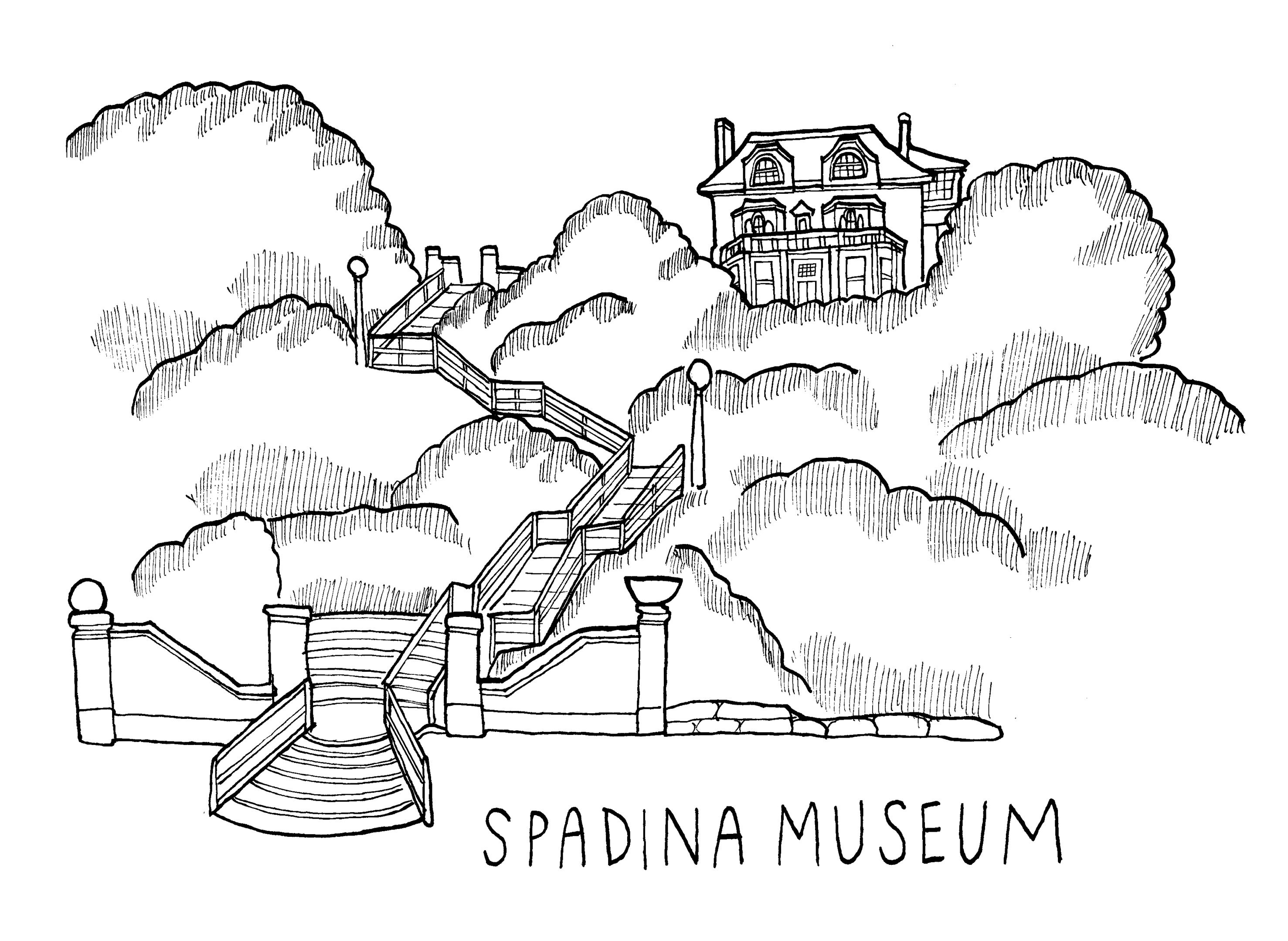 Have you always been interested in drawing?
I’ve been picking up pens and paper since I was a kid. The issue was never whether I was colouring inside the lines or not, because I was often colouring the lines themselves. I’ve met other colouring book artists, and we all seem to be line people. We prefer other people to colour our things.

You must have been pleased that adult colouring books made a comeback a few years ago.
There’s been a lot said about colouring books being “the latest trend” or “the latest fad.” I feel like it was a big coming-out party, like, “Okay, adults like to do this!” These books are now firmly embedded in adult culture. I’ve heard a lot of anecdotes about people using colouring books when they’re going through stressful times. Colouring slows your heart rate because it’s a meditative process. For me, it’s an antidote to the internet—all those tabs open, podcast playing, videos going, Facebook feed in full swing. The more the internet becomes the medium of our lives, the more we’ll need prescribed, calming activities. 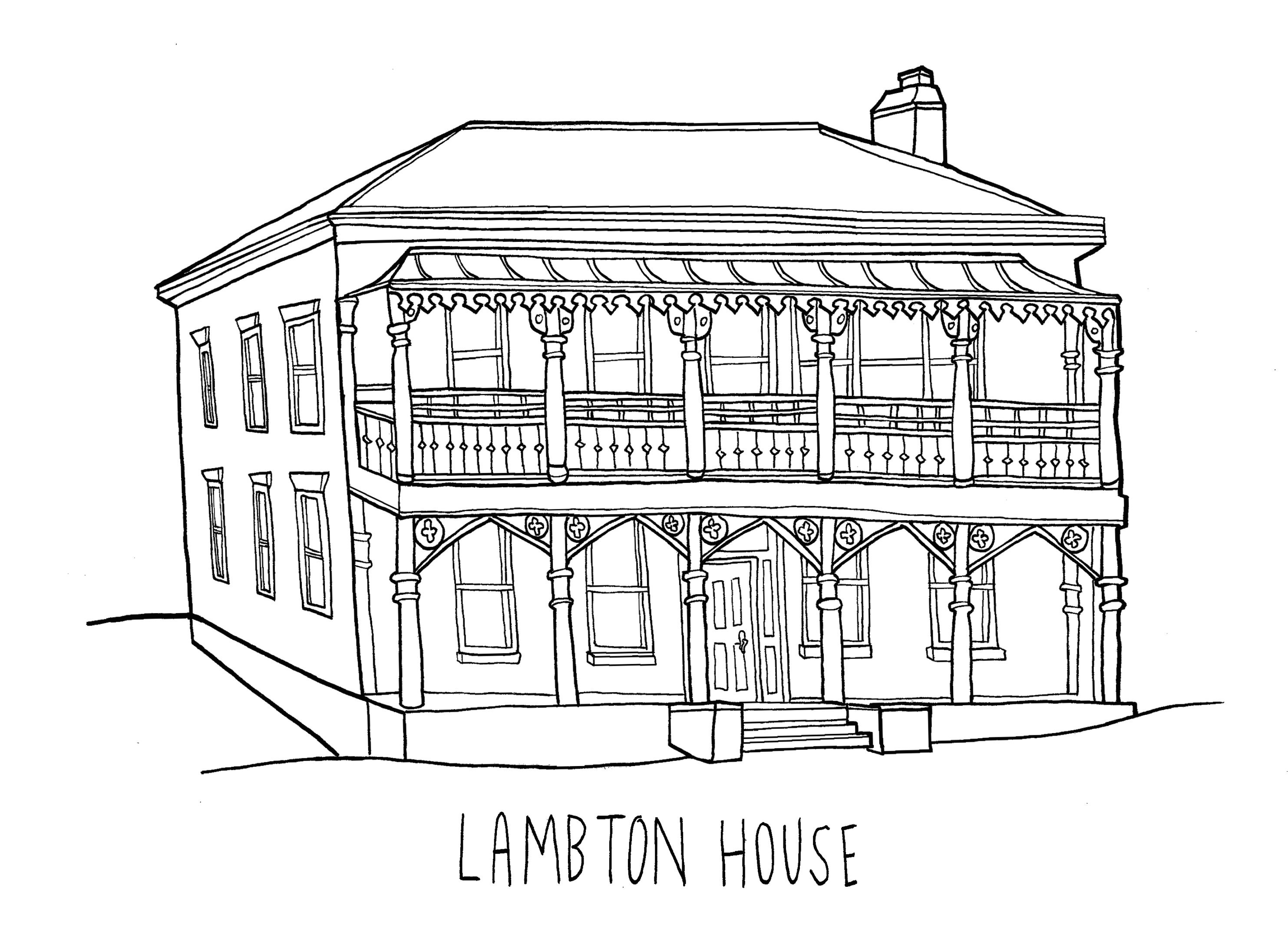 What are you going to draw next?
My next project might be All the Bridges Toronto. People say that Toronto is flat, but there are over 1,500 bridges in the city, going over ravines, rivers, highways and rail corridors.