This week, anti-vaccine protesters gathered outside of Toronto hospitals to protest the recently implemented provincial vaccine mandate. The protests were widely condemned by both provincial and federal politicians, and health care professionals said the protests undermined the tireless, gruelling work they’ve been doing for the past year and a half to fight the Covid-19 pandemic. We spoke with three Toronto health professionals about what it was like to walk through these protests outside their workplaces. 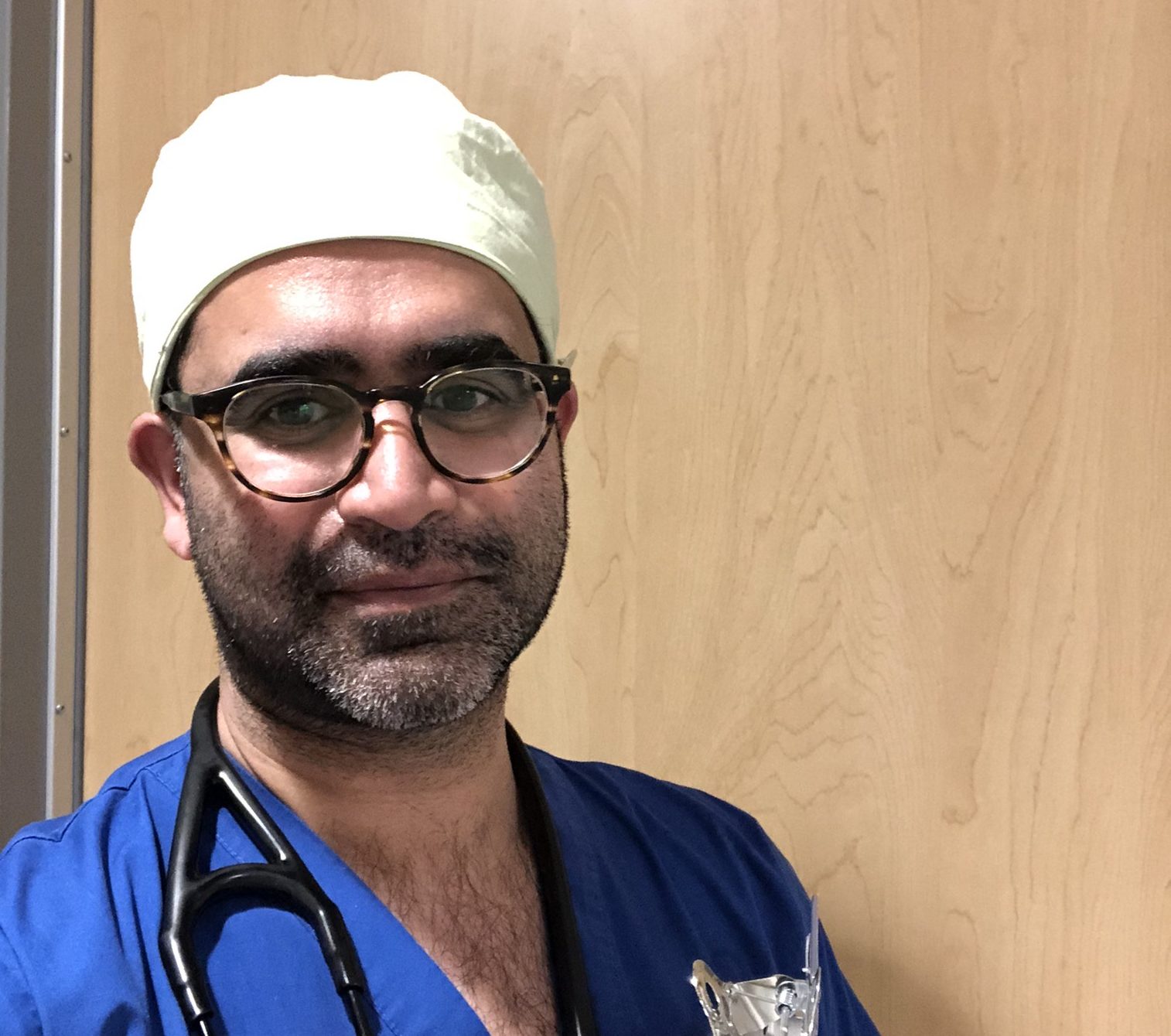 “When I heard that there were protests happening this week at Toronto General, I wanted to go to support my colleagues, especially the nurses, who have put in gruelling work over the last 18 months, and who are now suffering incredible burnout. We are losing so many hospital staff, and the ones who remain don’t deserve to be intimidated. I wanted to counter-protest, but I had a shift later that day in the ER, and I wasn’t sure how I was going to protest and make it to work on time. I texted a group chat I have with some of my colleagues and told them what I was doing. They told me they supported what I was doing, but worried about my safety. I got to work late, and I left late.

“I went to the protest alone. When I arrived at Toronto General, there was barely anyone there—more media than protesters. When protesters started to arrive, I thought I would talk to them, but I immediately realized it wasn’t a good idea. I got scared. I was afraid of getting hurt, or having something thrown at me. So when things got heated, I went behind the police line, and they asked me who I was. I said, ‘I work here,’ and I showed them my badge.

“People were yelling at me, they were calling me names. I was wearing my scrubs, so they were calling me a liar, and telling me to ‘tell people the truth’ about the vaccine. Some of these people were calling themselves nurses, but they weren’t practising nurses. These are people who have lost their jobs, and are no longer in good standing with their profession. They aren’t people who have worked on the front lines, admitted people with Covid, intubated people with Covid, and watched people with Covid die. If you’ve done any of that, you know how dangerous this virus is. You know the truth. I felt demoralized and angry, but I was glad I stood up for my colleagues.

“These protests are a slap in the face for health care workers, especially nurses, who are leaving hospitals in droves because of burnout, exhaustion and low pay. That said, I hope the protests don’t result in more burnout. Nurses in particular are used to unfairly taking it on the chin. And if there’s another protest outside of the hospitals, I will counter-protest again. One hundred per cent, no question.” 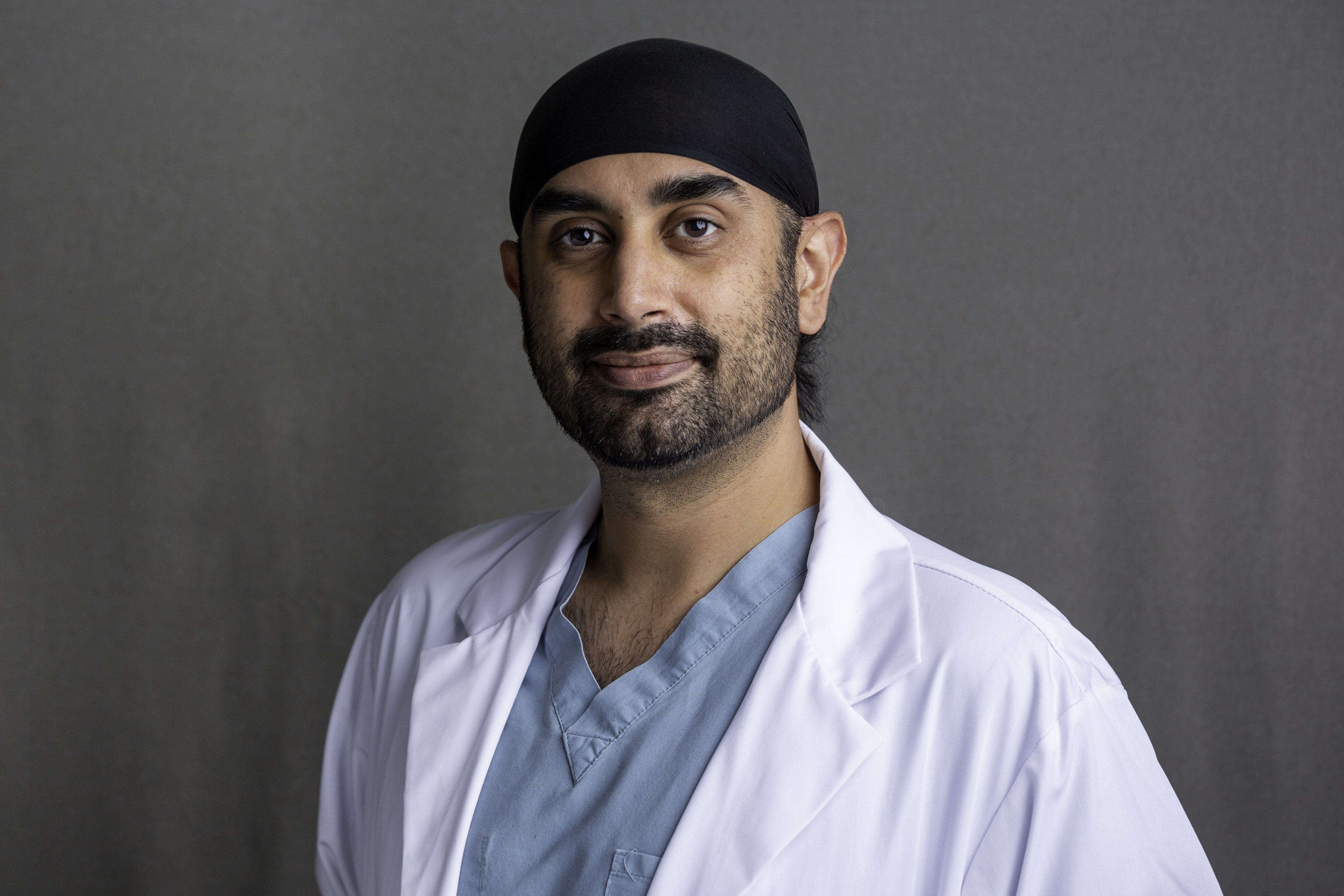 “I finished my emergency training in 2019 and moved straight from B.C. to Toronto. Most of my career has been pandemic medicine—I only did six months of emergency medicine before Covid. It’s hard to sustain this momentum for months and months at a time, working as hard as we do in the emerg. From June to December of 2020, I was working anywhere from 20 to 25 shifts per month. For a couple of months, I was working every day. And during the third wave, I was in the resuscitation bay for most of my shifts.

“I had to walk through the first protest on September 1. I was making my way to work at Mount Sinai, walking down University, and I saw a significant police presence and huge crowds. As I got close to it, when I saw the signs, I realized it was an anti-vax protest outside the entrance to Mount Sinai. It’s just demoralizing. That’s the best word I can think of. This is wave number four now, and with every subsequent wave, it’s become increasingly hard for health care workers to keep doing what we’re doing.

“When I walked through the protest, people were yelling loudly. At one point a passing protester told me to ‘grow some balls’—presumably referencing the fact that I was wearing my face mask. I heard from colleagues who were targeted for wearing their scrubs on the way to the hospital. The goal of the protest was clearly to intimidate hospital staff and, perhaps, patients. They succeeded in that.

“I’ve found this wave particularly difficult. This one seems like it was preventable. And yet here we are again. You couldn’t blame anybody for wave one, you couldn’t blame anybody for wave two. But now, leadership continues to fail us—mostly from a provincial level. And we’re left picking up the slack. People are just getting sick of it. They’re quitting their hospital jobs. I’m cutting down my shifts as of December. And that shouldn’t that shouldn’t be happening. We shouldn’t be burning out as fast as we are.

“These protests, yes, they suck. But at the end of the day, the vast majority of Canadians are vaccinated, they support sensible measures, they comply with good regulation. For me, it’s helpful to sit back and remind myself that these protesters are a small but vocal group.” 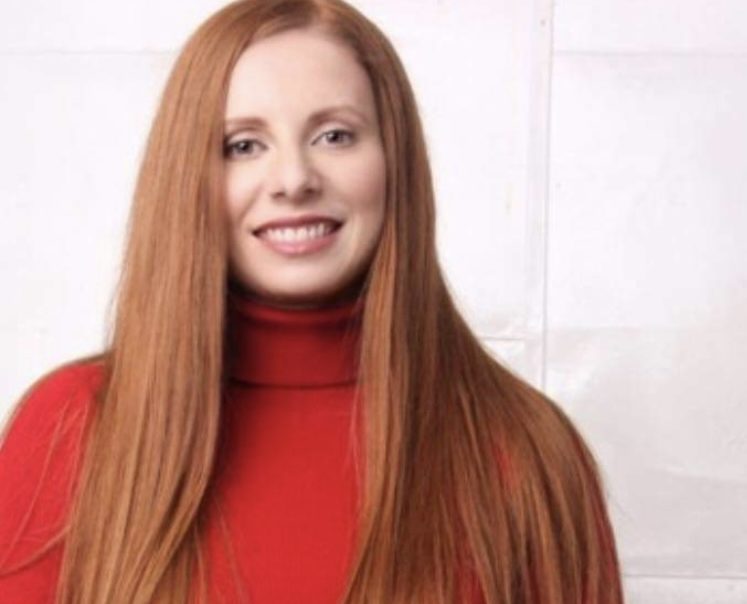 “I watched the protests from the windows of the ICU on Monday. I saw people outside with signs, but luckily, the entrance I use is different from where they were protesting. Some people were more energetic—or, I should say, angrier—than others. Their signs said things like, ‘My right to choose,’ and there were others who were just plainly denying that Covid is real. There was a significant police presence, so luckily they weren’t as forceful as they could have been. I didn’t feel unsafe, but I know that some of my colleagues did.

“Throughout the pandemic, I have been balancing clinical placement hours for the nurse practitioner program at the University of Toronto while also working in the medical surgical intensive care unit at Toronto General. I work between 12 to 50 hours a week, and I switch between day and night shifts, with odd sleeping patterns. The Covid waves have been isolating and mentally taxing. But my the spirit, resiliency and camaraderie I get from my colleagues keep me going and give me something to look forward to.

“It’s surreal to see these protests. It’s shocking, it’s disheartening. And, as a health care provider, you question how you’re supposed be empathetic to these people if, God forbid, they do get sick. If they do get sick, the first place they’re going to go is to a hospital. When they get Covid, they come to realize just how deadly the disease can be. So it’s disheartening to see such a divide in perspective and logic.

“It’s distressing, too: last year they were calling us heroes, and this year they’re protesting outside of hospitals. It doesn’t make a lot of sense. It’s not the hospital that’s implementing any vaccine directives. It’s the province. People have the right to protest, but this is a huge waste of police resources, and it has such a negative effect on the morale of health care workers.”