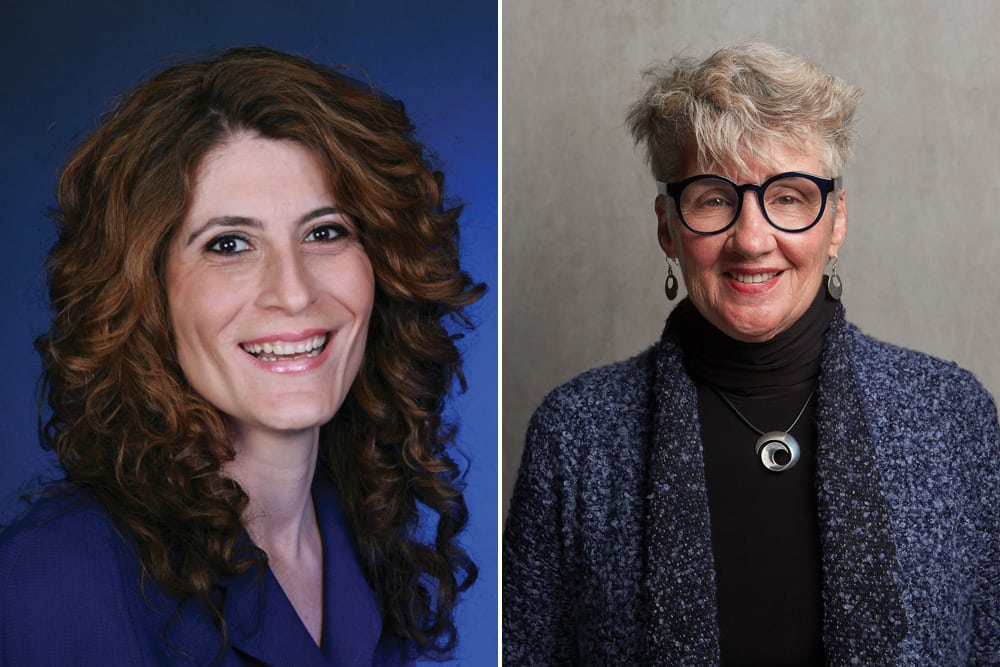 Fragedakis: I am a perfectionist.

Fragedakis: I am a perfectionist.

Fragedakis: Pressed yogourt and a bowl of blueberries.

Fletcher: Tea, and fried halloumi or an egg. I’m a vegetarian so it’s good to get protein at breakfast time.

Fletcher: The Man Who Wasn’t There, by Michael Hjorth and Hans Rosenfeldt.

Fragedakis: I think I sometimes I drive city staff crazy with how much I care about getting the details right about issues. My neighbourhood—and by that I mean the whole of Toronto-Danforth—and making it better for all is something I actually dreamed of, even when I was a girl growing up here and going to Wilkinson, Earl Grey and Riverdale Collegiate.

Fletcher: People might not know that I’m actually a little bit shy.

Fletcher: This time of year? Bike.

Fragedakis: I would probably still be running my own business.

Fletcher: In the summer I would love to work at a garden centre. But as a career, I would have worked in advocacy. Working with people who can’t break through the system.

Fragedakis: A Donald Trump wannabe. He needs a reality check and a game misconduct for changing the rules of an election after it started.

Fragedakis: Sloganeering politics and how that results in important details and information getting ignored in decision-making.

Fragedakis: The smile on someone’s face when you can help them solve a problem.

Fragedakis: George Clooney, if he were single.

Fletcher: Jim Lovell in Apollo 13. I like how he stays calm in the face of calamity to work the problem.