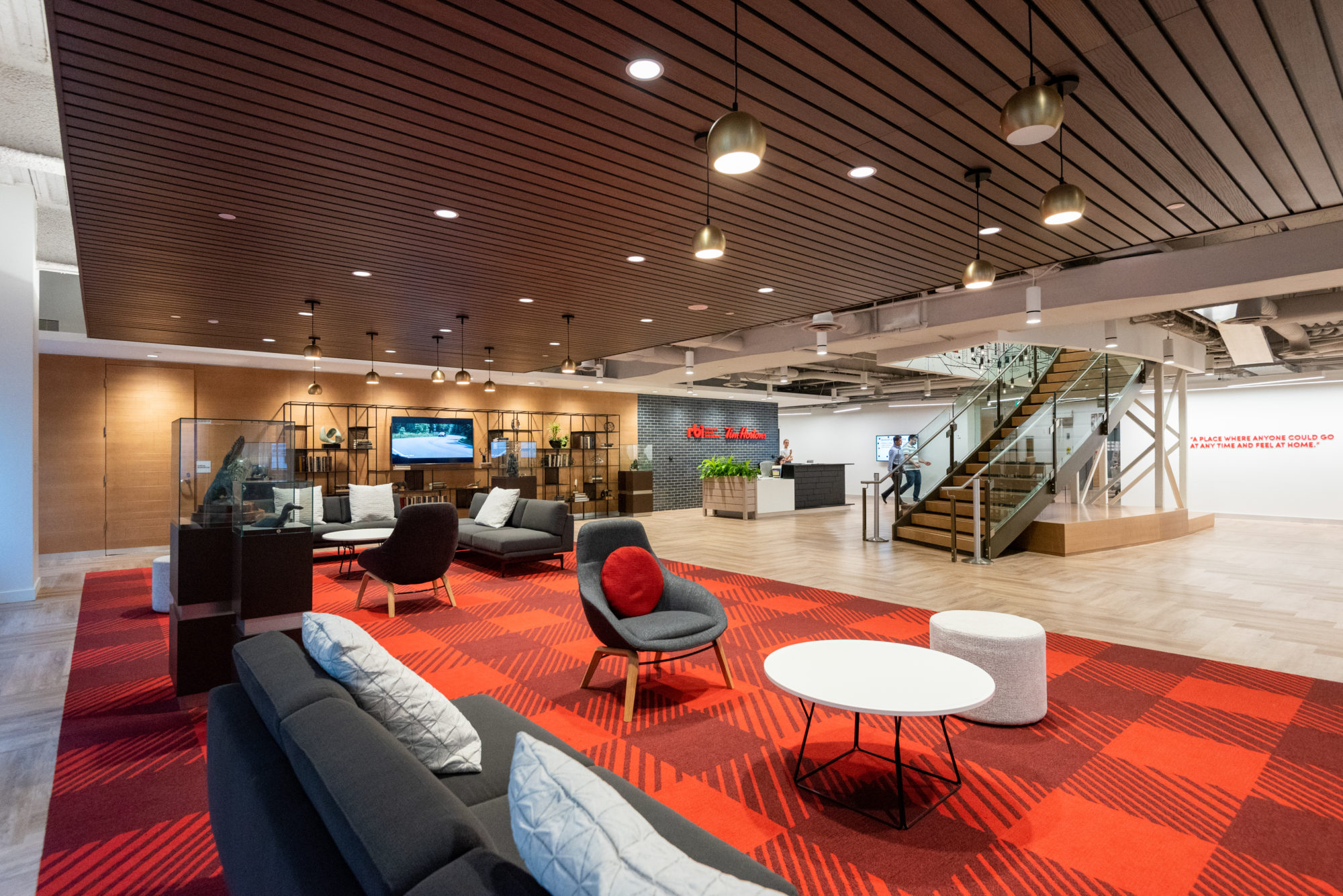 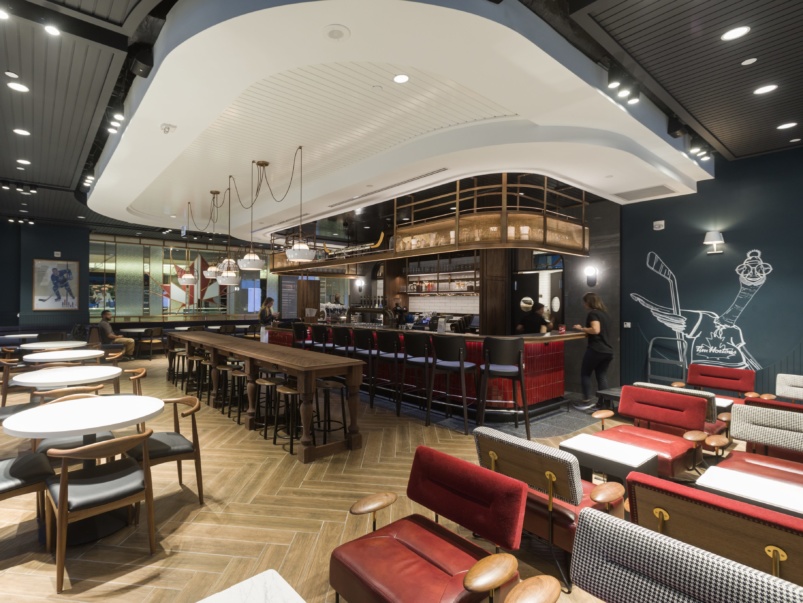 What: Tim Hortons’ global headquarters
Where: The third floor of the Exchange Tower at King and York
Size: 65,000 square feet for 400 employees

Last November, the Canadian coffee titan moved its head office from an industrial warehouse in Oakville to a corporate tower in the Financial District. The move was strategic: as COO Mike Hancock explains, Tims is in “growth mode,” and they thought a more central location would help the company recruit the best possible talent. Plus, the new location means they’re closer to their various corporate partners and creative agencies. They found a former TSX trading floor at King and York and enlisted Gensler designers to turn it into an homage to Canadiana and coffee. There are 21 coffee stations serving bottomless Tims brew, and a huge test kitchen cooking up top-secret recipes that may or may not end up on local Tim Hortons’ shelves. Here’s a look inside.

Gensler executed a complete overhaul that took about eight months. A central staircase was added, the flooring was replaced and a trading podium was dismantled: 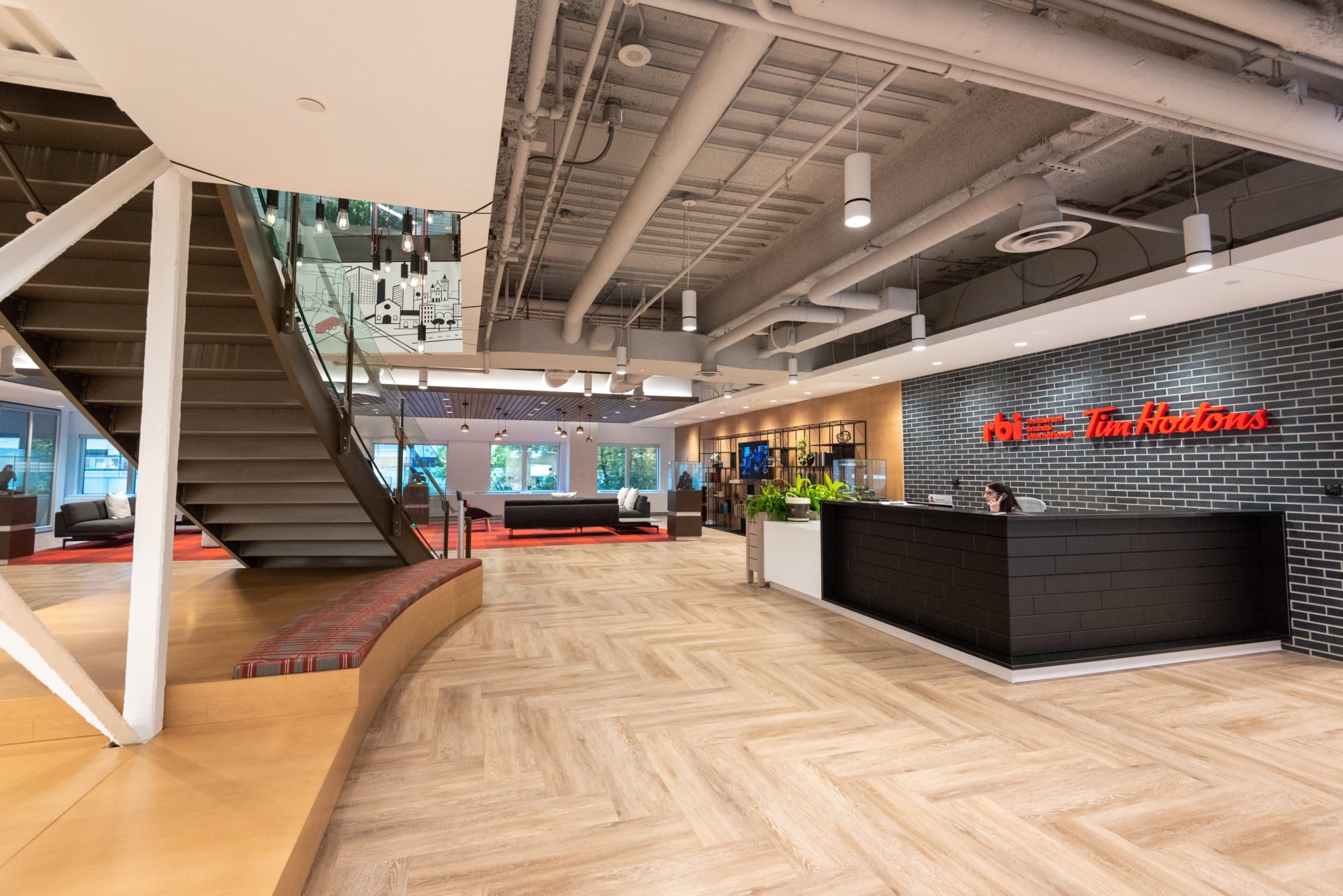 Most of the art in the lobby, like these Inuit soapstone sculptures, came from the previous office: 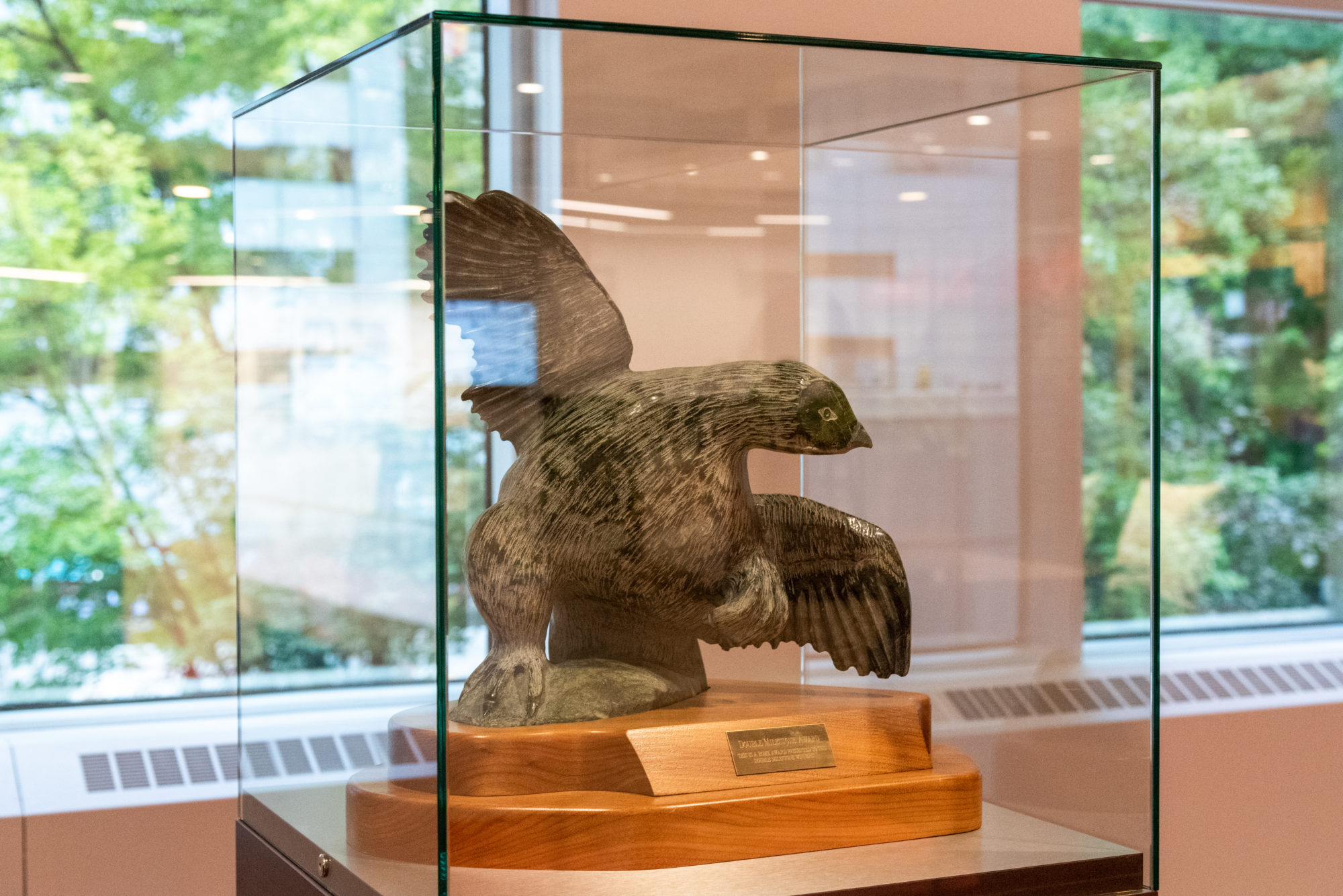 An employee found this sweater, which founder Tim Horton wore when he played for the Leafs, on a sports memorabilia auction site: 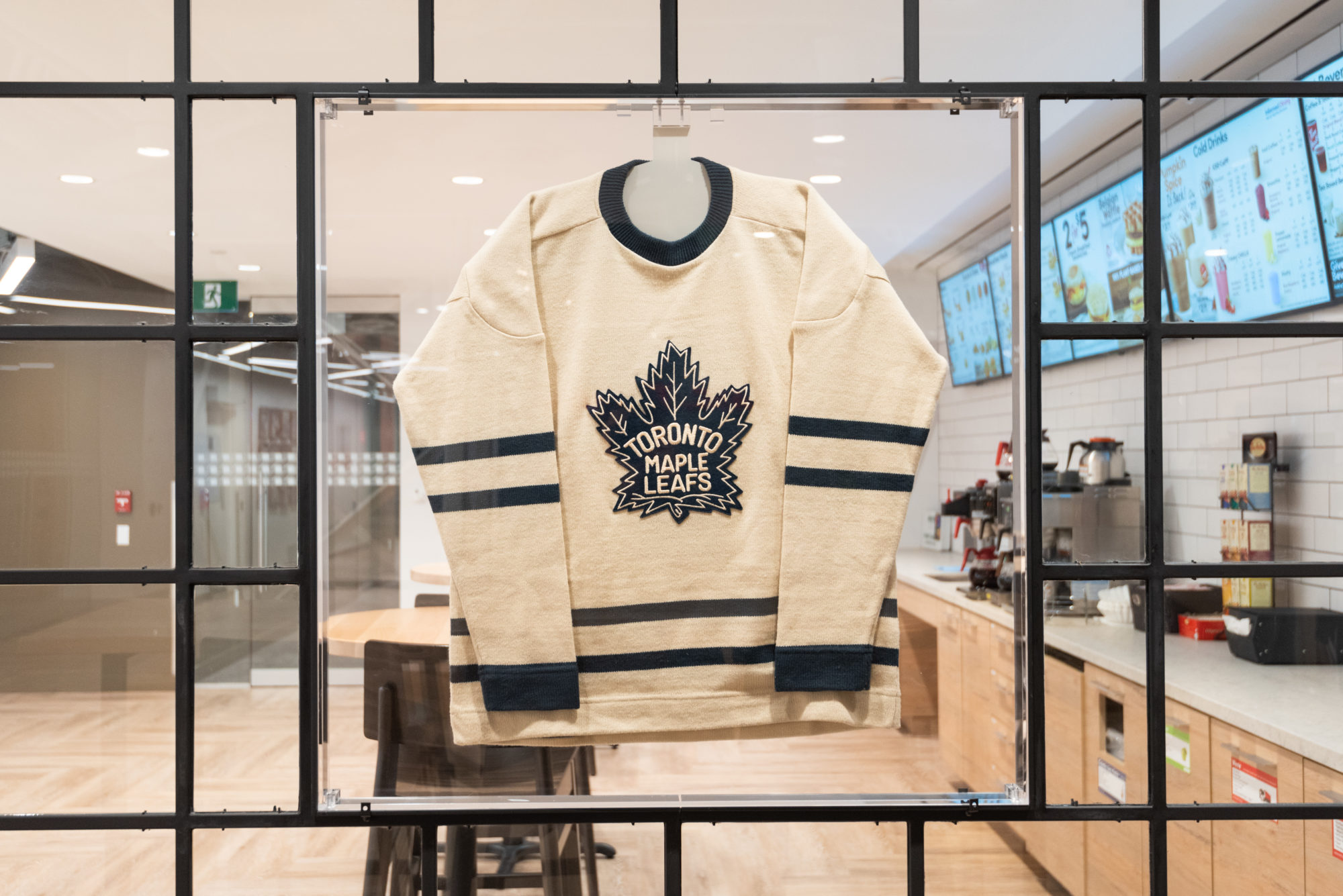 There’s also a gallery wall documenting important moments in Tims history, like when the original store opened in 1964 in Hamilton: 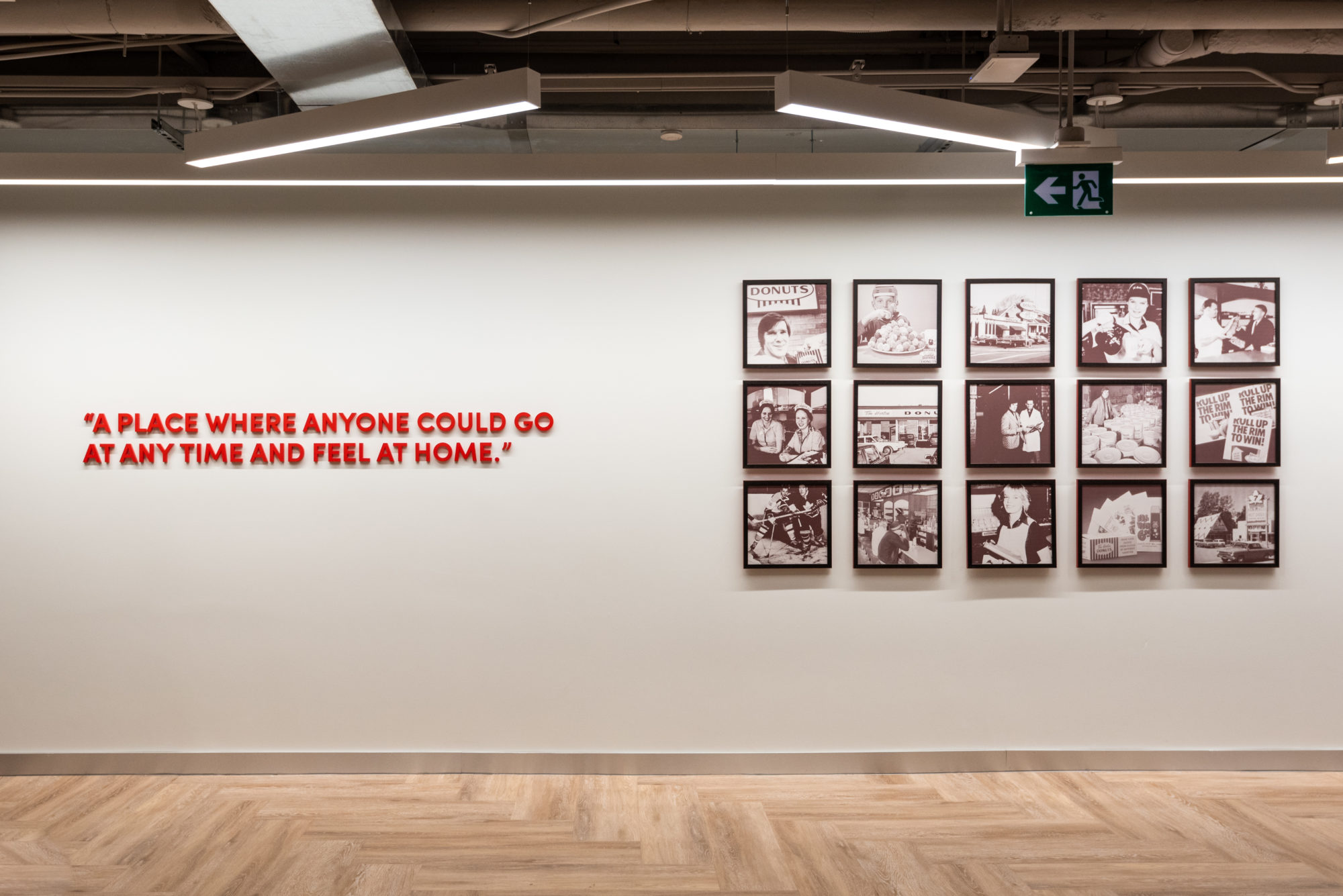 Just off the lobby is a replica of a Tim Hortons café, where visitors can wait for meetings and pour their own Double Doubles: 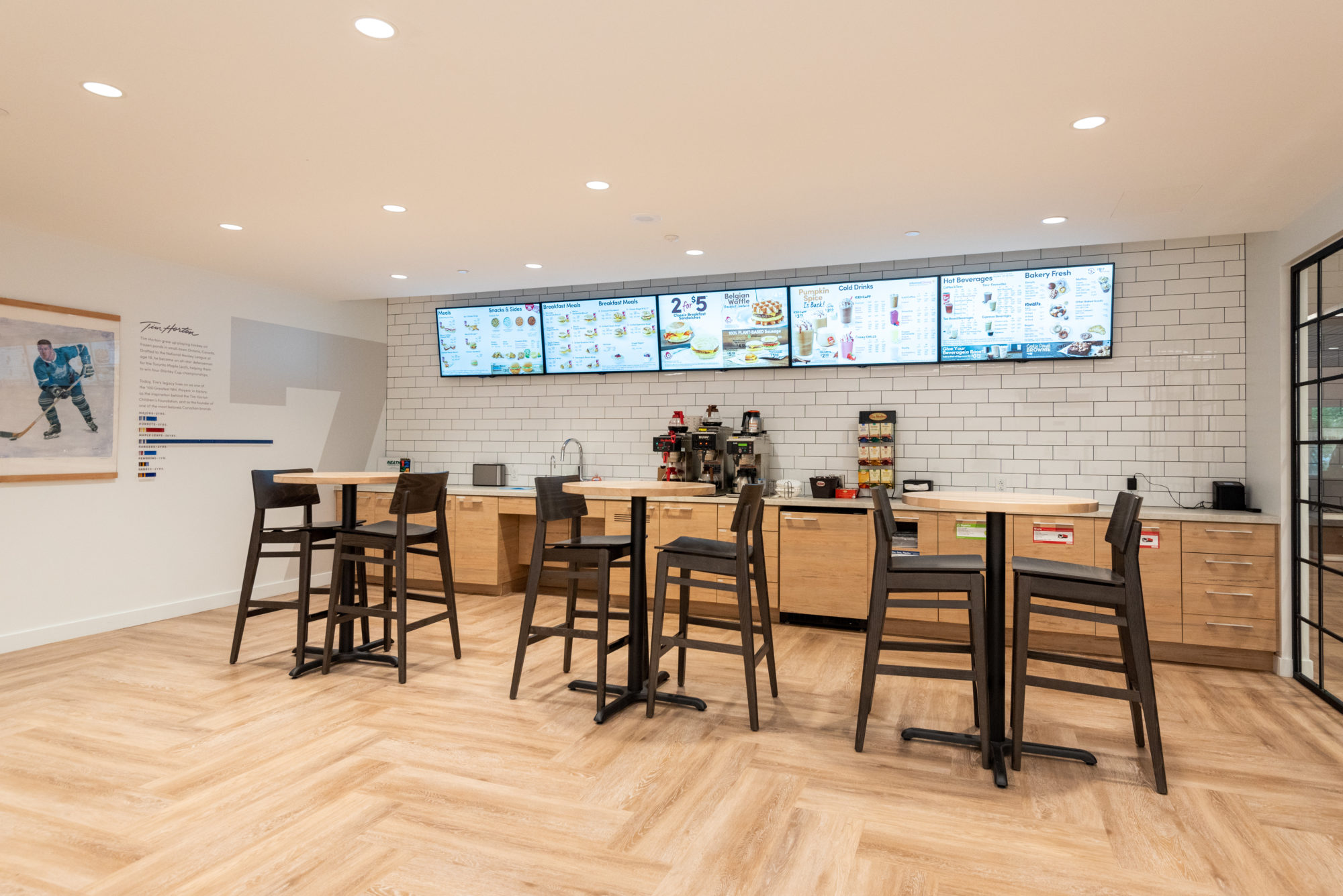 The letters of the Always Fresh sign in the main kitchen are filled with coffee beans: 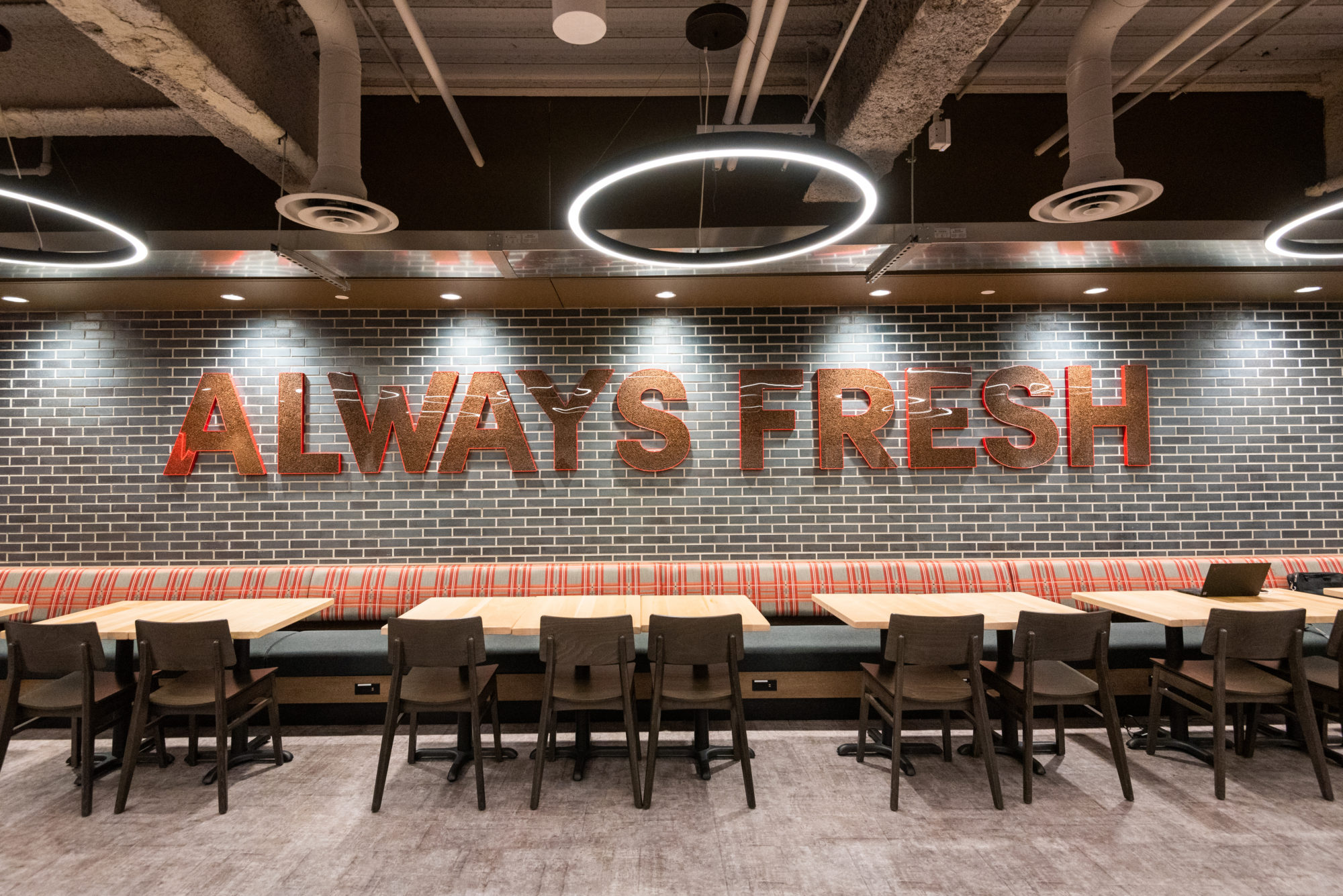 If you hold up your trash to this screen, it will tell you which bin it belongs in: 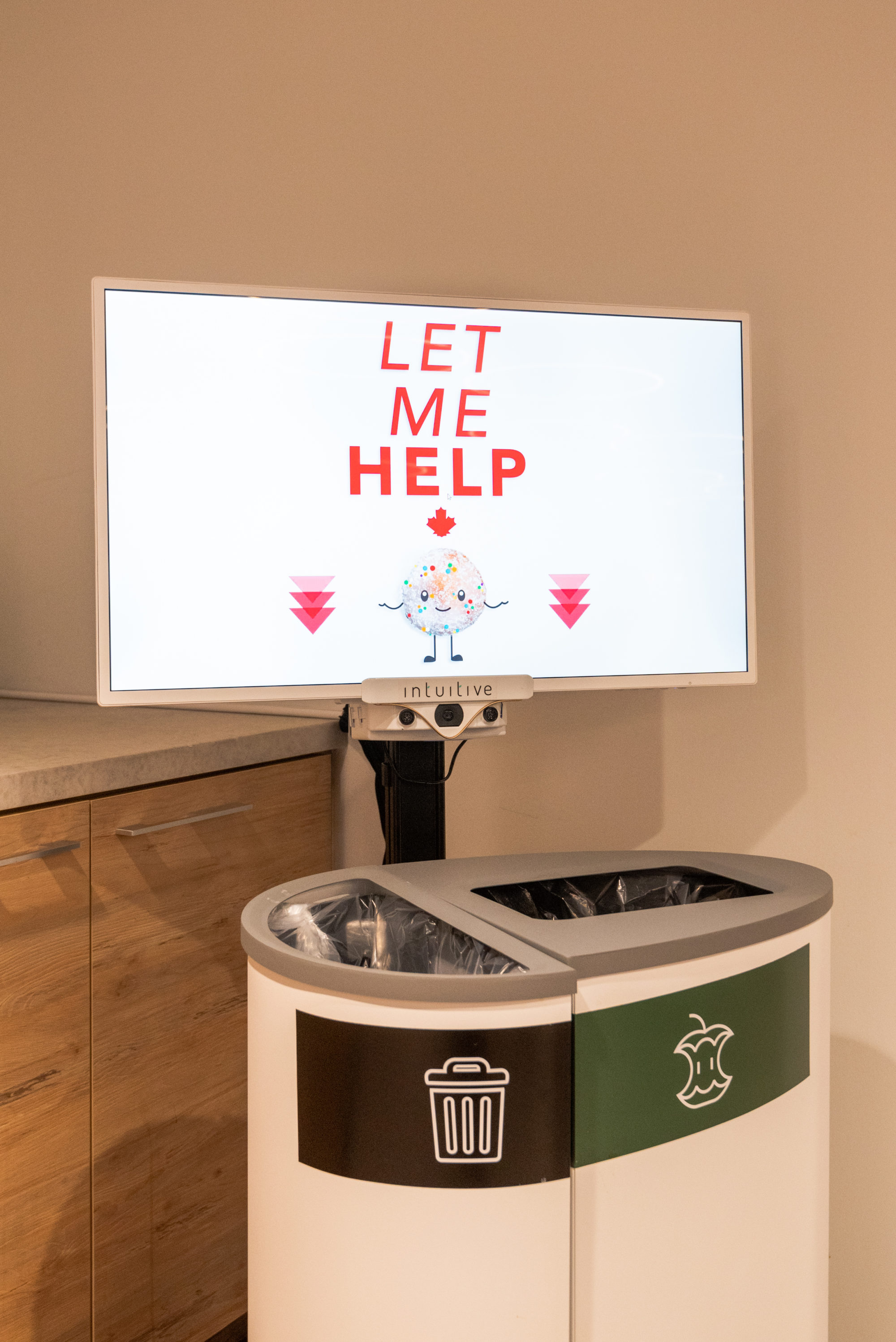 These caramel cookies were the only items we were allowed to photograph in the test kitchen, which employs 145 people devoted to creating new recipes. Right now, they’re dreaming up treats for their Innovation Café, which is located on the main floor of the Exchange Tower and sells trendier things, like pour-over coffee and maple-bacon doughnuts: 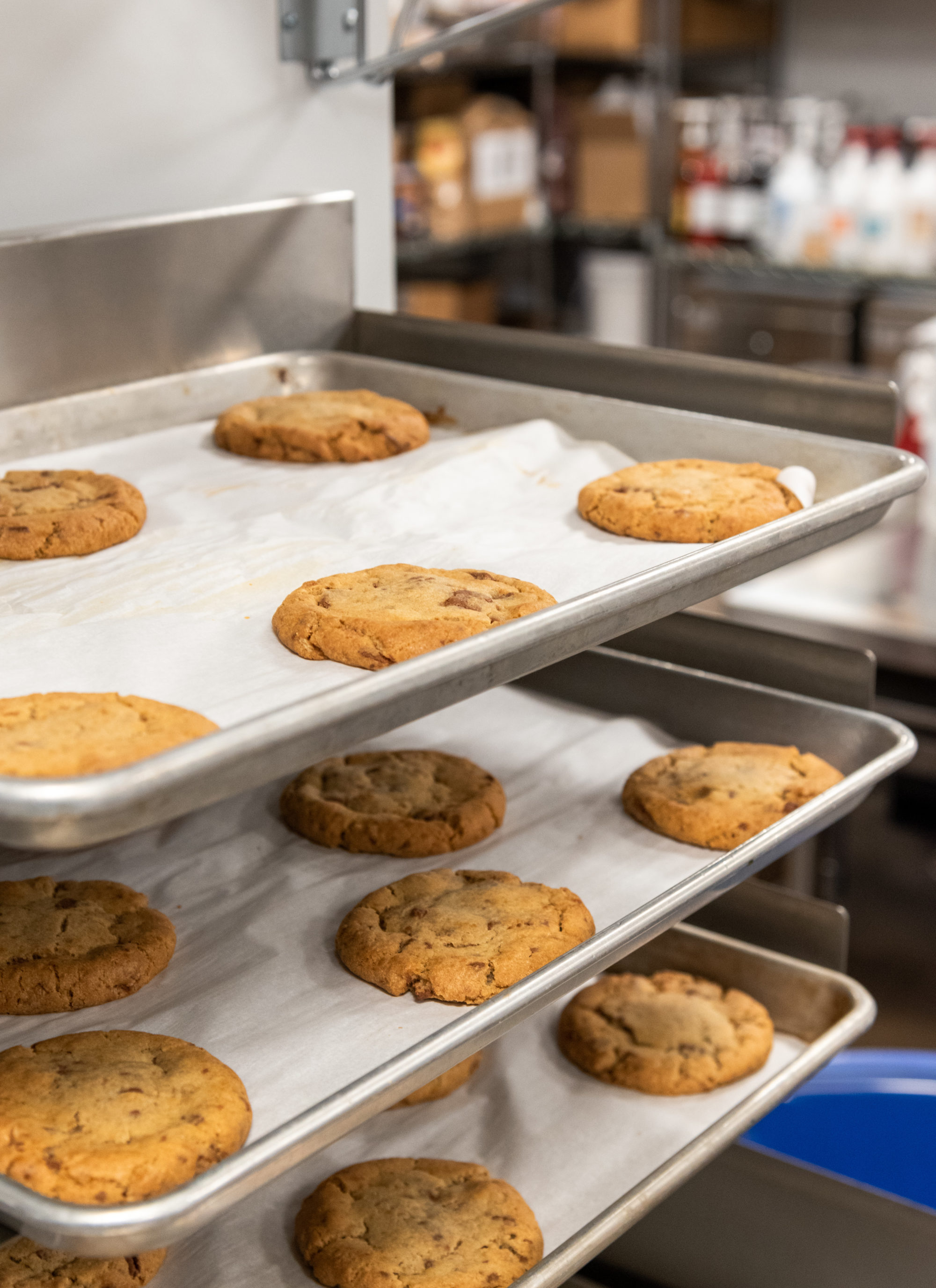 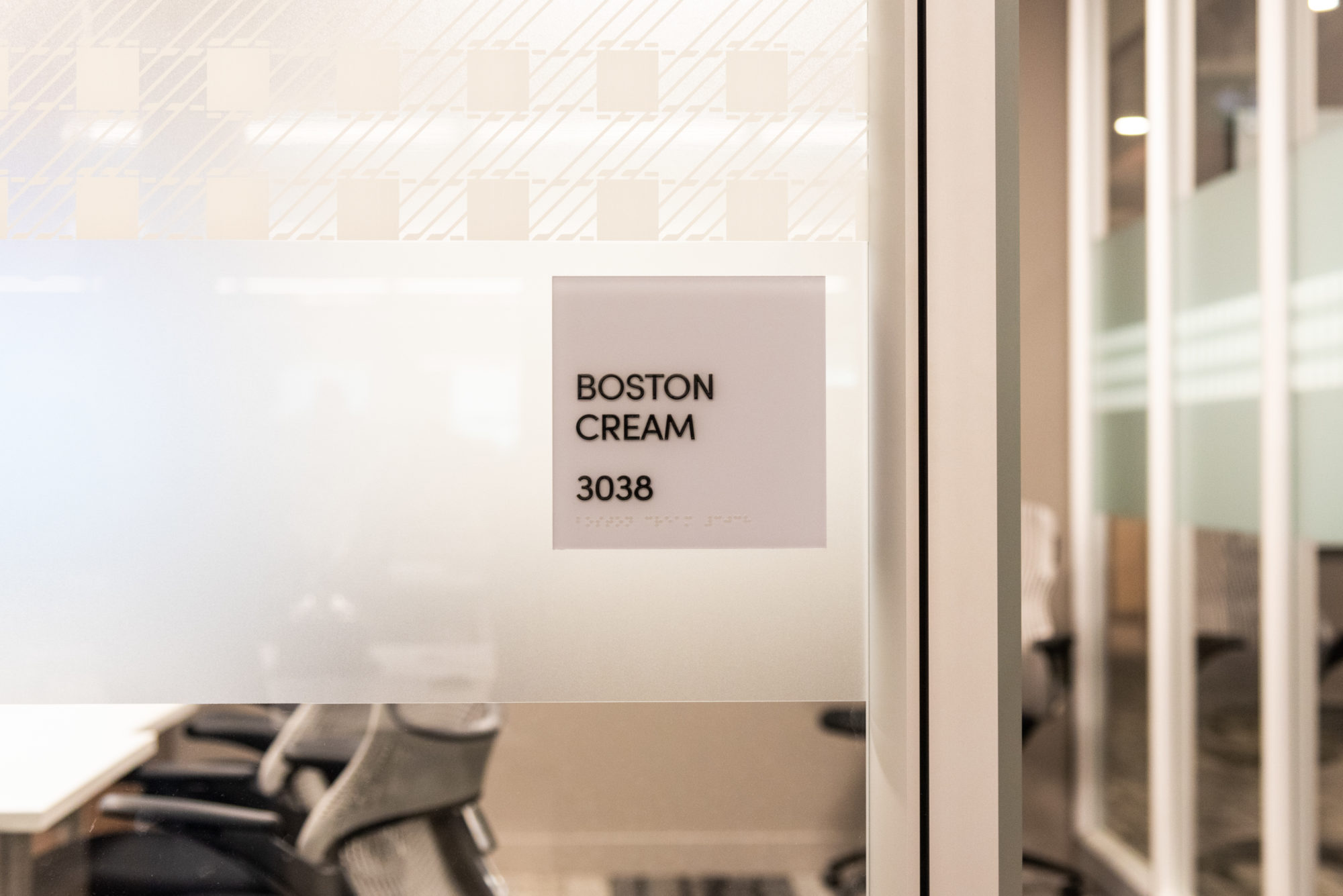 The space is entirely open-plan, and the executives all sit at a long table with everyone else: 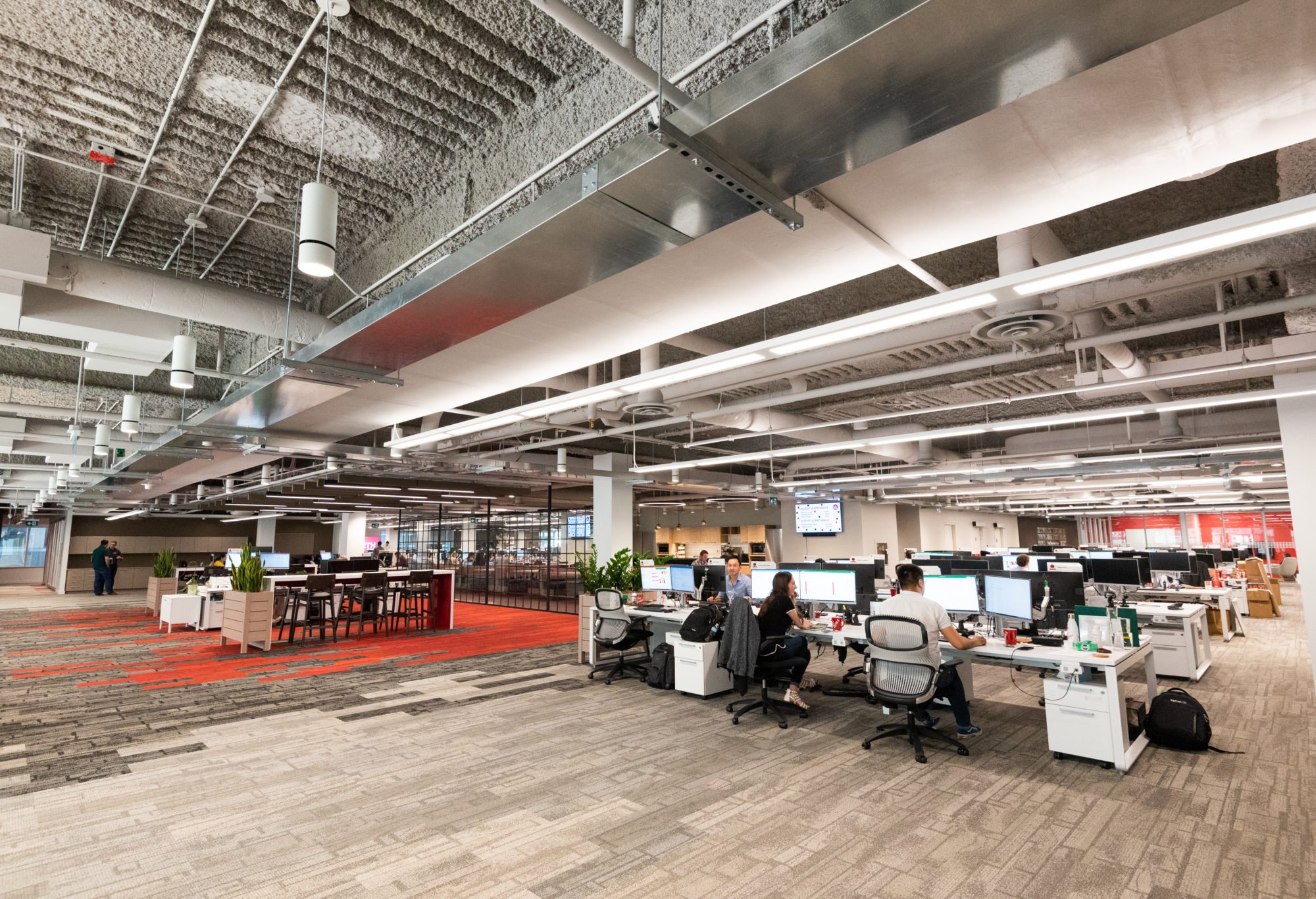 There are booths for casual meetings: 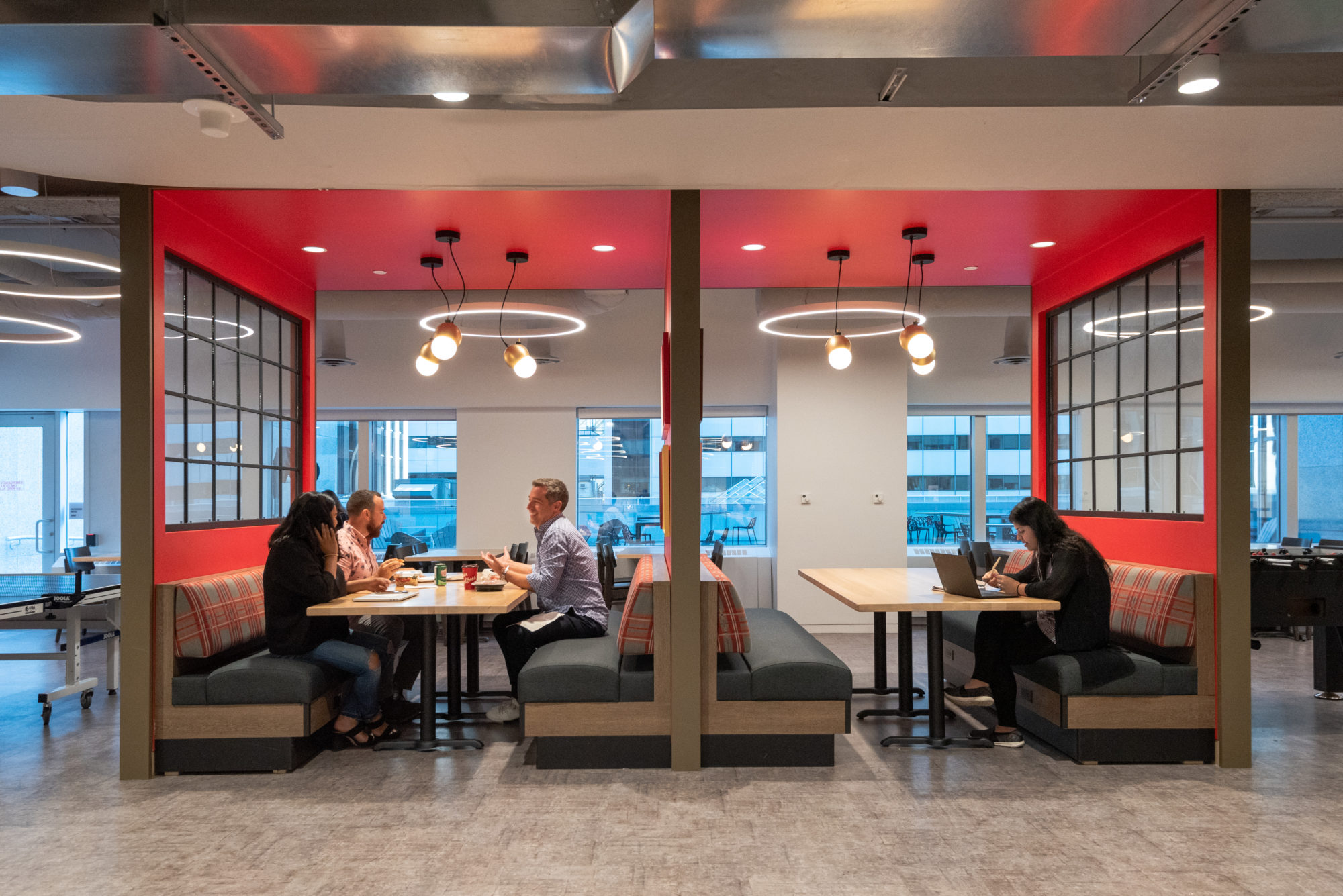 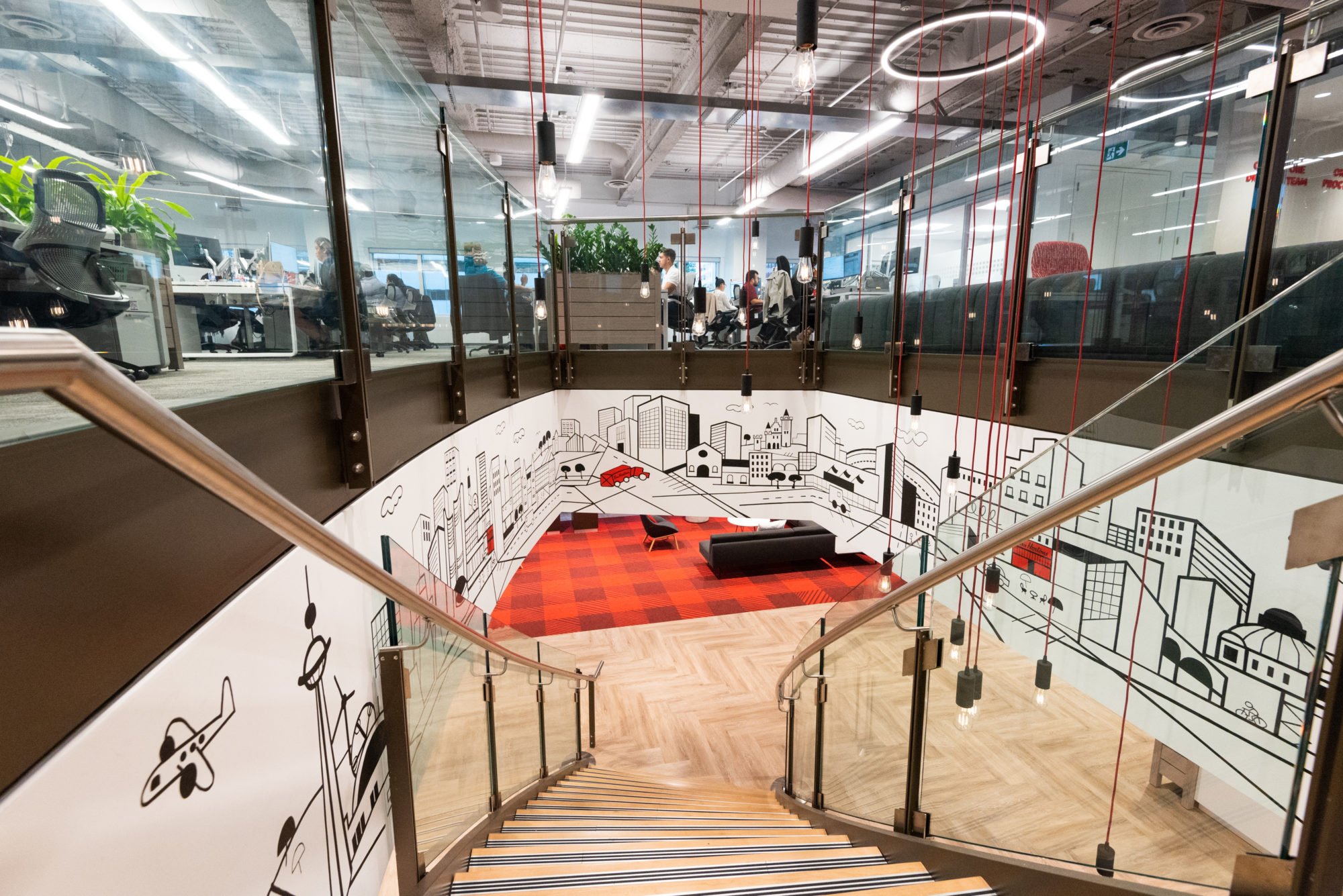