“I hated every moment of working at home”: Workers have returned to the Financial District with mixed feelings

“I hated every moment of working at home”: Workers have returned to the Financial District with mixed feelings

Do Torontonians actually enjoy being back in the office? The answers are complicated 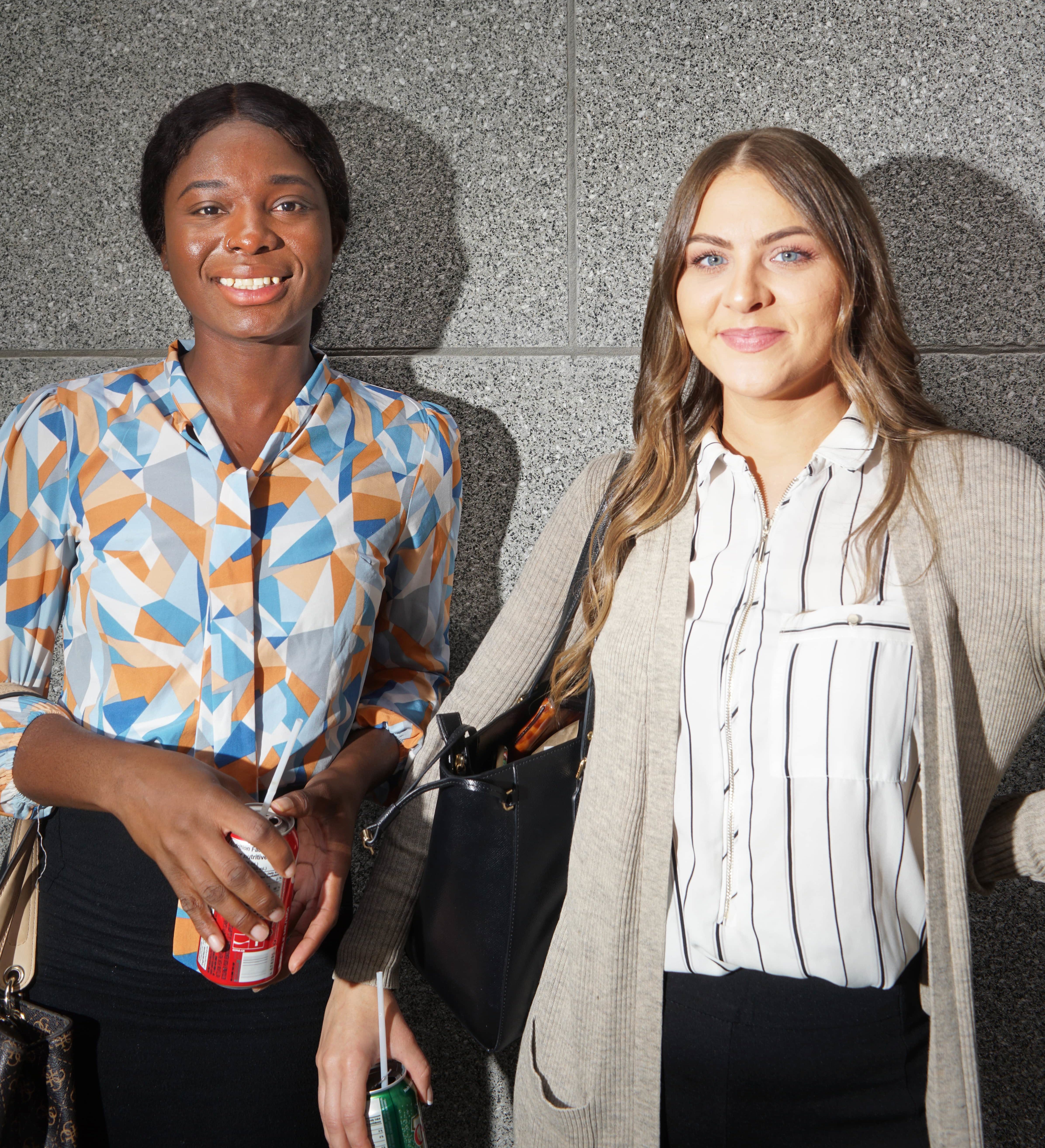 The Financial District is buzzing again. As more companies introduce return-to-office mandates, workers are trading their couches and hoodies for desks and business attire. People are crowding trains, sidewalks and coffee shops, as well as hugging and shaking hands like in the before times. Still, some would rather be at home. Below, Torontonians explain how they feel about being back at work in person. 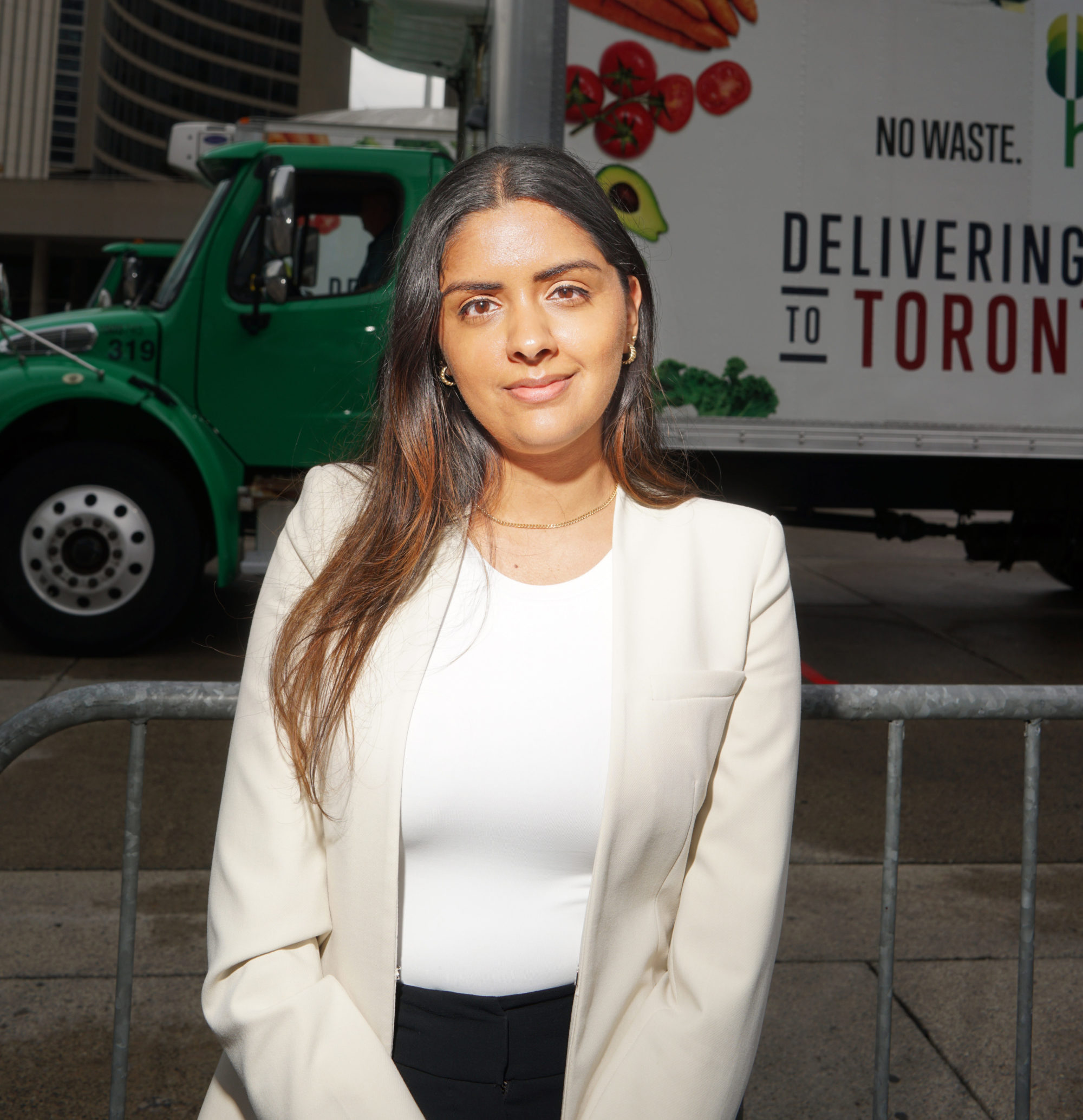 “My office opened back up at the end of February. We’re hybrid right now, so I only need to come downtown two to three times a week. It’s optional but strongly encouraged. I’m more productive at the office when I have a lot of meetings. But, if I need to get a report done, I’d rather be at home because I won’t have anyone coming up to my desk and interrupting me.

“The best thing about being back at the office is face-to-face interaction. When I was working from home, me and my co-workers had some good virtual meetings, but there’s nothing like grabbing a coffee and shooting ideas back and forth.

“The worst thing is the commute. It takes me about 40 minutes on the GO Train to get to Union Station from Brampton. At first, it was a bit of an adjustment. It’s been a lot busier on the train recently. There used to be a lot of empty coaches. Now, it’s a struggle to find a seat in the morning. I look back to the pre-Covid days and wonder how the hell I used to take the train five days a week, because I’m exhausted after doing it for three.

“I miss the comfort level of working at home, knowing I don’t have to dress up and that I can structure my day however I want. I’m more comfortable and I can be myself. At work, I need to be on. If my employer made me come in five days a week—which I doubt they’ll ever do—I wouldn’t quit, but I would let them know that I prefer the flex model.” 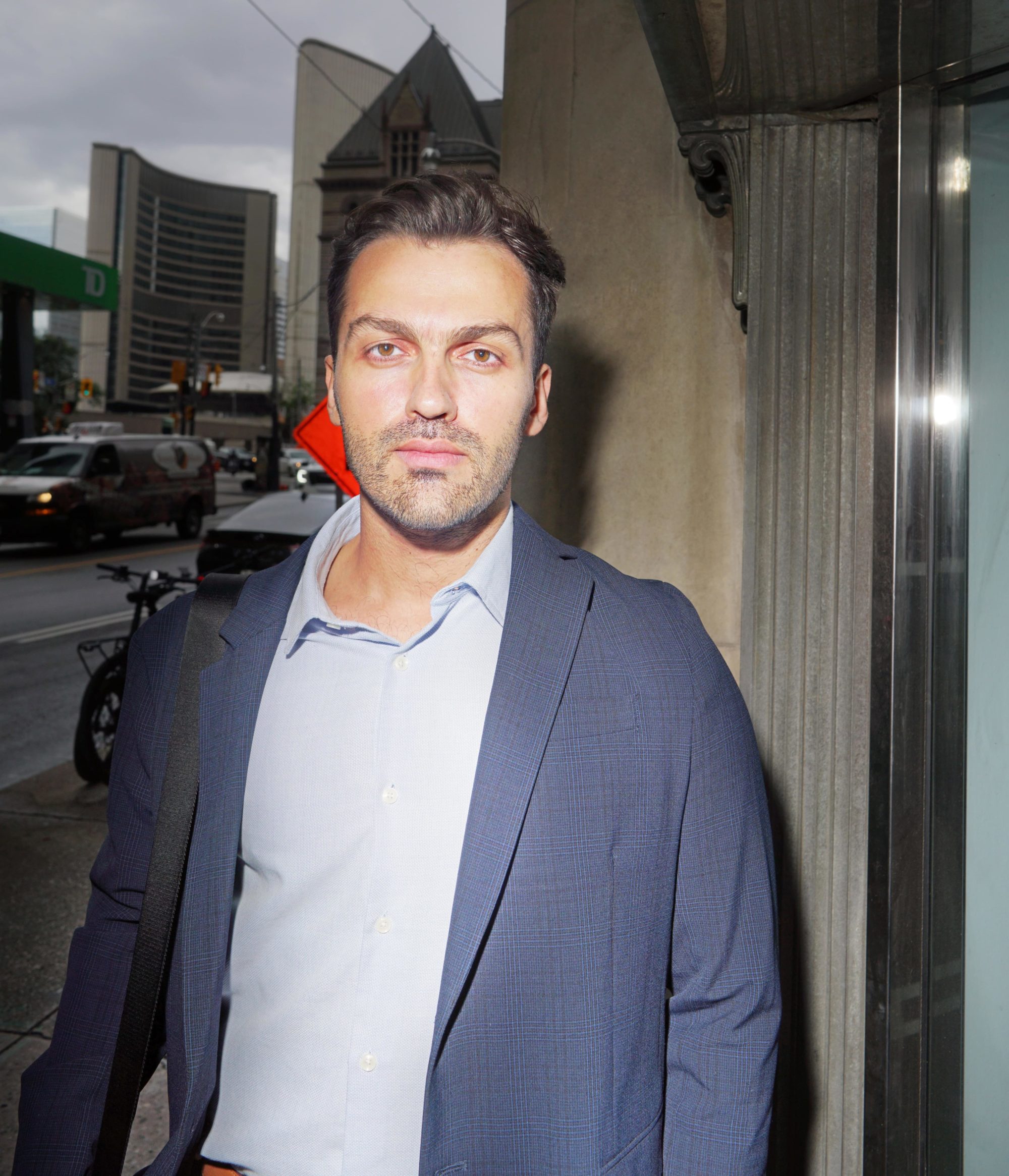 “I’ve been back in the office since July. My commute involves taking Line 1 down from Yonge and Bloor. It’s suggested that we come in at least two days a week, but it’s not rigid.

“The best thing about being back is socializing with colleagues. But I prefer to work at home. As a software engineer, I’m usually coding, which is better in a comfortable situation, like on my couch with a coffee. There are fewer distractions, so I’m more productive. If my company wanted me to come to work five days a week, I would tell them that I prefer to work from home, but I wouldn’t quit.” 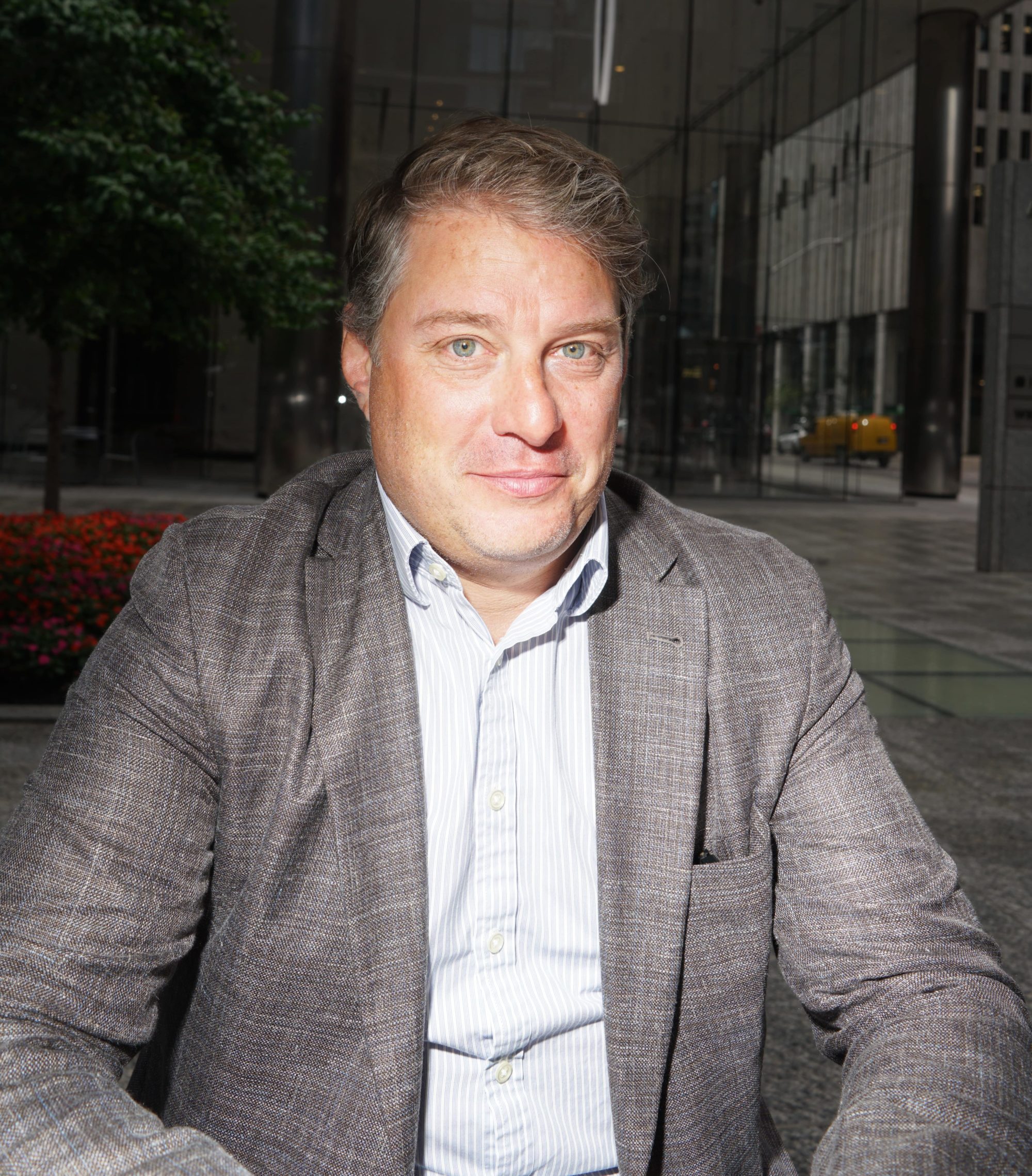 “I’ve been coming in five days a week since the start of the pandemic. I live in Cabbagetown, so it takes me about 10 minutes to bike to work. Starting on Labour Day, my office instituted a twice-a-week policy for all lawyers and staff. And everyone needs to come in on Wednesdays. It gives everyone a chance to see one another. Before, there was no consistency as to when employees would come into the office.

“For me, there’s no downside to working in person. I really like it. I have a gym down here—I play squash, I work out. And I see my friends, which is nice because I didn’t get a chance to see all of them during lockdowns. As someone in a management position, I’ve found that the best things about working at the office are having a good workstation, knowing where your staff are and being able to collaborate with them, which is really hard to do when you have to set up a Zoom or phone call.

“Maybe the only negative of being in the office again is long lines in the food court. And those long lines are back, by the way. Go down to the Path and check it out. There are lots of people down there, just like there used to be.” 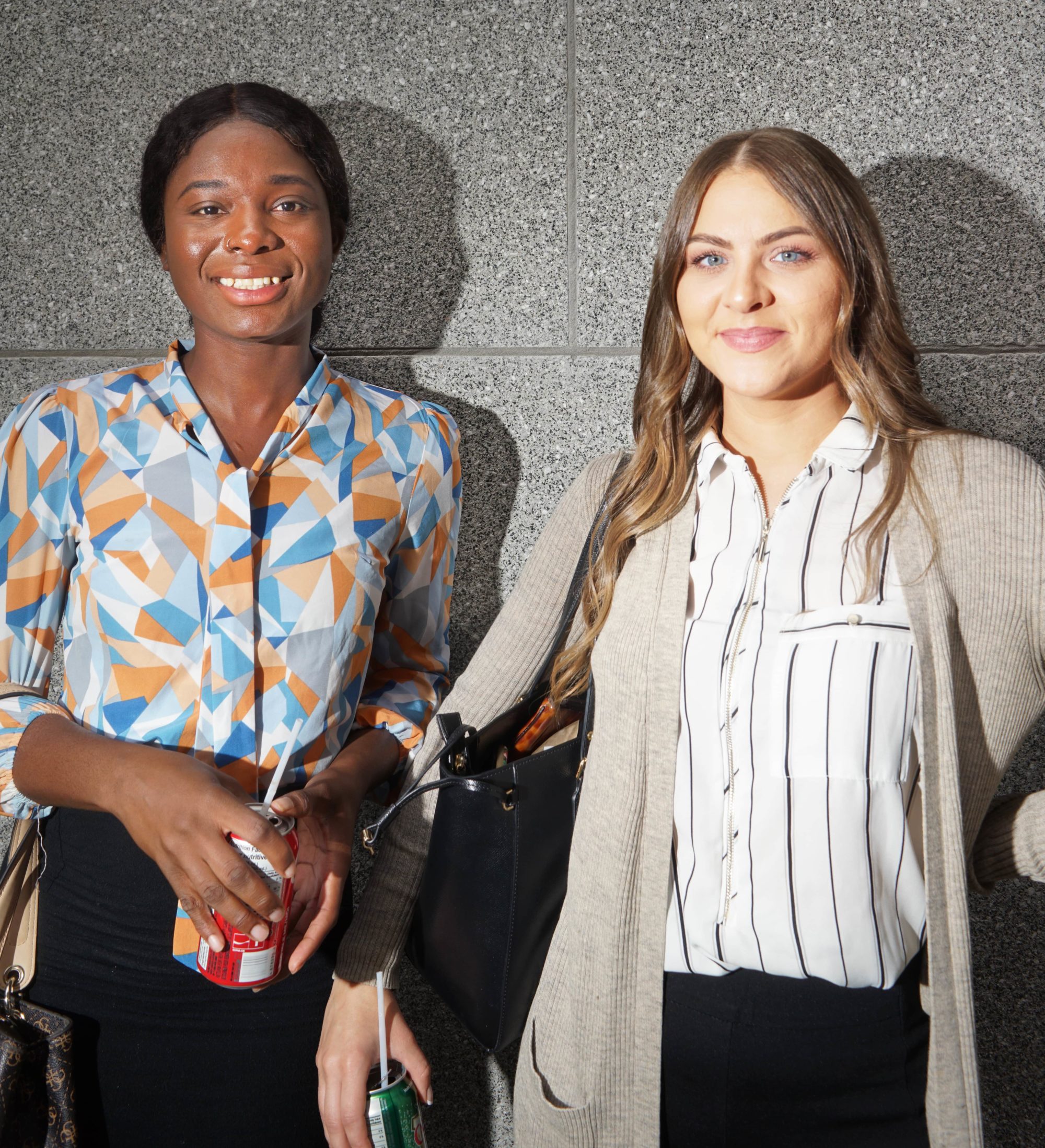 Deveen: “I’ve been doing hybrid work—two days in the office, three days at home. I live in Brampton, so my commute is 45 minutes on the GO Train. I’m more productive when I work at home because I try harder so that my bosses won’t think I’m being lazy. I usually work from my bed, but if there’s a Zoom call, I’ll get up and get dressed. The best things about working at the office are seeing my colleagues, having a bunch of restaurants nearby for lunch and just the energy of downtown. There’s always something to do.

“The worst thing? It’s the commute. If my firm made it mandatory to come to the office five days a week, I would only do it if they paid for my transportation. I pay like $20 a day to come down here. If they put that on my paycheque, then no problem.”

Nicole: “I’ve been working in the office for the past two years. My commute is pretty quick, maybe 40 minutes tops on the train from High Park. We have the option to work from home. Ever since more people have started working downtown, there’s been a quick pace, a high level of energy. It’s easier to find motivation when everyone is working together. But, during Covid, when most people stayed home, I often thought to myself, Why can’t I stay home too?

“At this point, I don’t think our firm could mandate that we come into work five days a week, because the last few years proved it was possible to work from home. People would ask, ‘Why this change all of a sudden if this has been working fluidly for the past two years? Why regress?’” 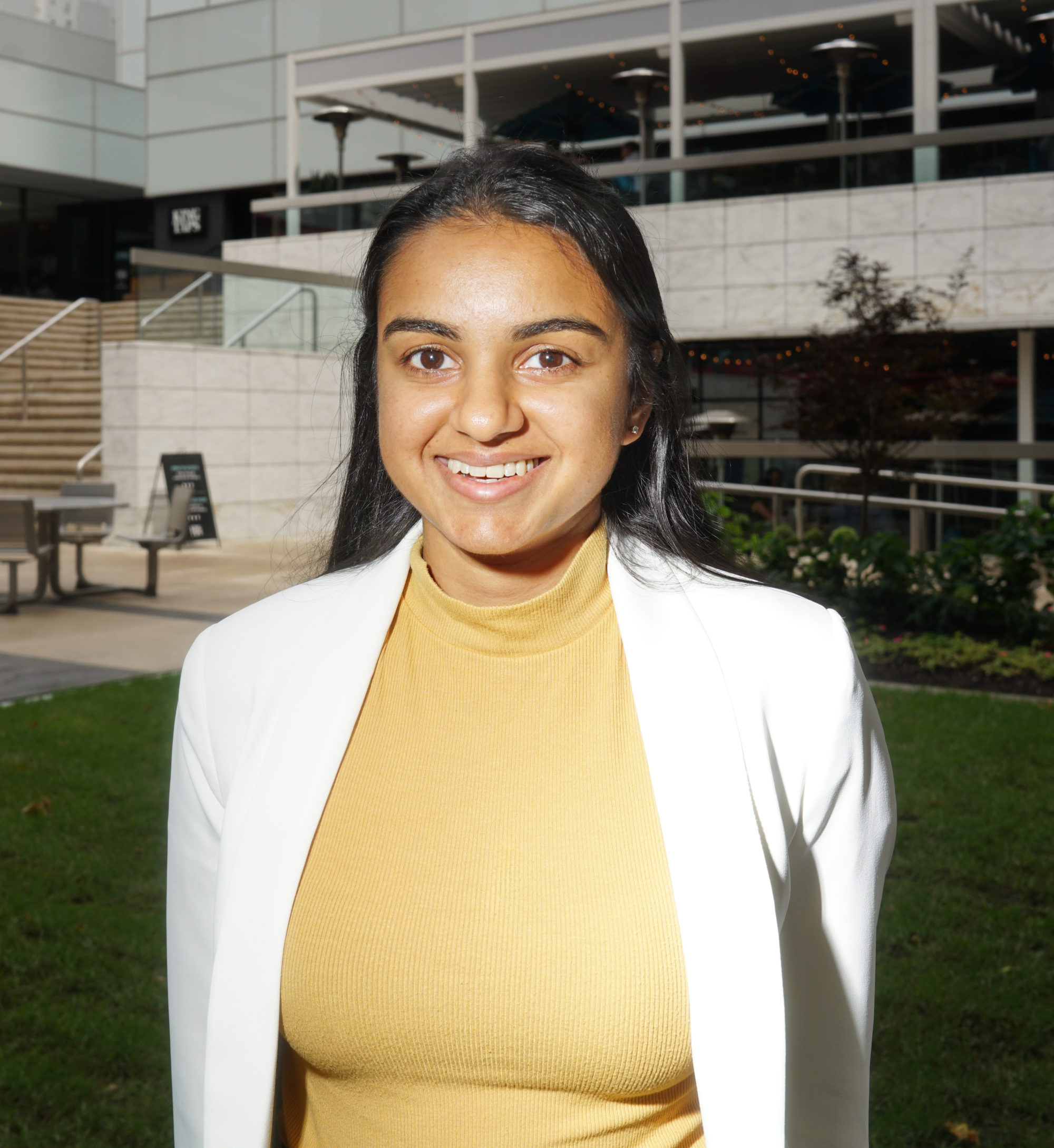 “My company has a very flexible work model, which started in May. We call it the Next Normal Model. You can decide when you want to come in and when you want to stay home. Before, I was working full-time from my home in Ancaster. It’s about a two-hour commute to the office.

“The best thing about working at an office is seeing your team in real life. There’s a type of connection you can get in person that you can’t get virtually. I’m also meeting new people. The worst thing about in-person work is being disturbed. Sometimes, when I’m on a call or trying to get stuff done, people will come up to chat. So I’m less productive at the office.

“I’m from a small town, so coming into the city is very energizing. Seeing so many different people working on different projects, it changes my perspective, rejuvenates me. But, if my employer mandated a five-day workweek, it would be a huge deal-breaker. I think remote work has a lot of benefits for flexibility and work-life balance, especially since I have such a heavy commute.”

Aaron Boles, vice-president of communications at the Canadian Bankers Association 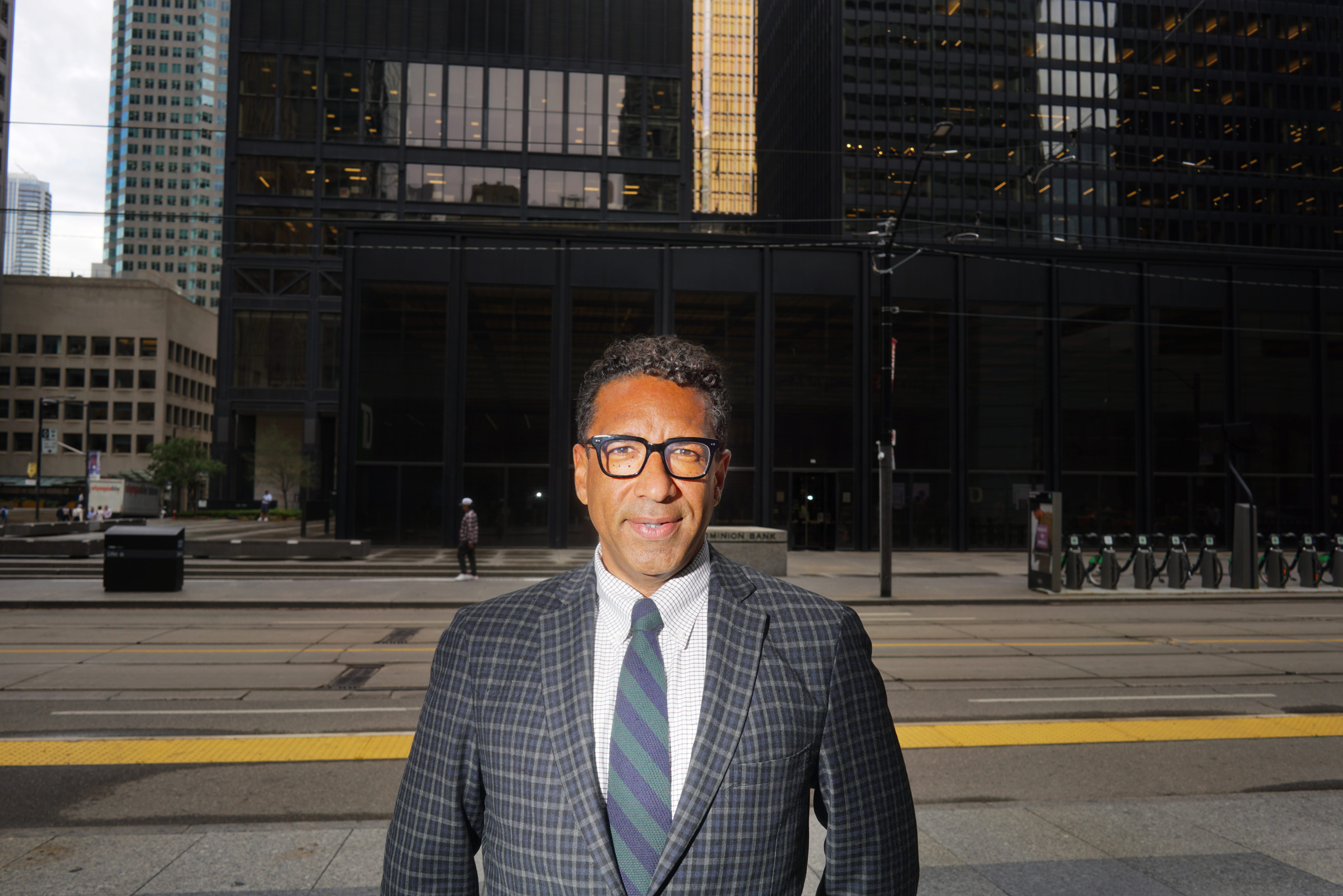 “Last November, I started coming in five days a week. Right now, my office has a few people coming in almost every day but also some who only rarely come in. The office is about a 30-minute walk from my place in Yorkville. The best thing about working here is the separation between church and state, so to speak—home is home, the office is where work gets done.

“I hated every moment of working at home. I was champing at the bit to come back. My guest bedroom suddenly became a place I was afraid of because that’s where I worked. Coming back to the office meant I could reclaim my living space.

“I’m more productive at the office because I know what I’m there to do. There’s no fridge. When I was stuck at home, every day felt the same. I was in this haze of disconnection. Was it Saturday? Was it Tuesday? Sure, I can still work from home. I have a full set-up, a clone of my office. But it’s not the same.

“In those first six months of lockdown, the Financial District was an absolute ghost town. Now there are people on the corners. Everyone is reintroducing themselves to the revitalized downtown core. They were getting FOMO, hearing stories about, ‘Oh, I ran into so-and-so at a breakfast at the Royal York.’ Things are really happening right now. You can feel the energy.”