Who slashes flood management programs just in time for the rainy season?

It’s been a dramatic spring in Ontario politics. Provincially funded organizations, one after the other, have been hit with surprise cuts, many effective immediately, throwing their organizations into chaos. Budgets have been decimated and services reduced. Some of the cuts seem targeted at the downtown elites Doug Ford loves to hate: the midwife association, lefty think tanks, universities, funds that support artists, legal aid for refugees, libraries.

Others are just flat-out self-sabotaging head-scratchers, like a reduction in public health funding and education cuts that have already led to the sacking of teachers. To be fair, Ford was elected with a strong mandate to reduce a ballooning budget, to curb spending and cut taxes. He said he could do it all without axing jobs, damaging health care or otherwise screwing up valuable Ontario institutions. In fact, he promised to improve them. Now he’s pushing hard for beer sales in corner stores and the legalization of tailgating, while his key ministers promote their massive budget cuts as if they’re good-news stories. His education minister, Lisa Thompson, made headlines at the end of March when she declared that fewer teachers and larger class sizes would make students more resilient.

The cuts are rolling out so frequently, with so much spin and so few details, that panic has spread across the province. It’s hard to know exactly what’s on the chopping block. Paramedics are freaking out because the province’s plan to restructure emergency health services contains few specifics. Colleges and universities have learned that their funding will be tied to outcomes, but they have no idea how performance will be measured.

One big cut could not have come at a worse time: a 50 per cent reduction in funding to Ontario’s network of regional conservation groups, which forecast flooding, issue warnings and monitor stream flow across the province. The announcement came as thousands of residents in Quebec, New Brunswick and big chunks of Ontario watched their homes sink underwater. The military was enlisted to fill sandbags, homeowners kayaked through their demolished living rooms and thrill-seekers hauled out their jet skis. Less than two weeks after the Tories announced their conservation cuts, Ford went up north to offer support to the citizens of Bracebridge, near his family’s Muskoka cottage, vowing to help them in any way he could. The timing would seem comical if the floods weren’t so devastating. 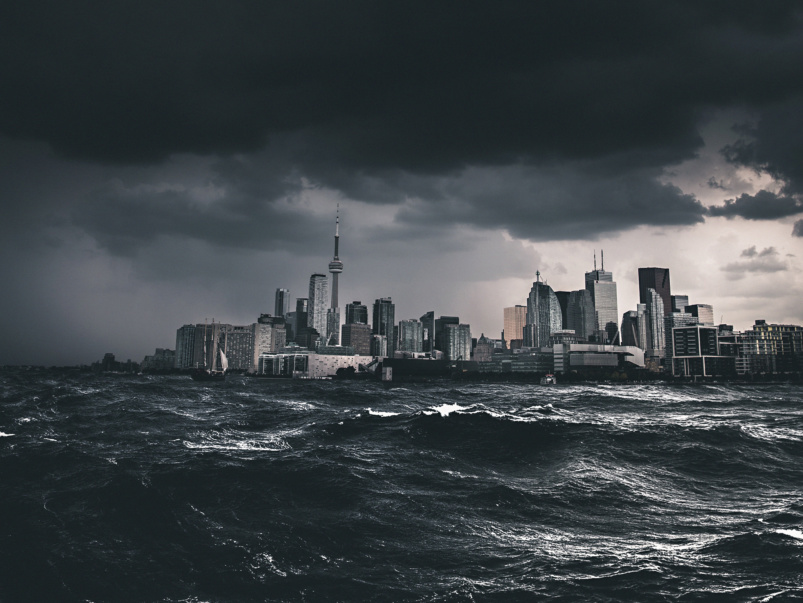 The age of the flood

Environment Canada says extreme flooding could be the new normal. Torontonians have already felt the impact. In 2017, huge swaths of the Toronto Islands were submerged. In 2018, flash floods turned thoroughfares into rivers. As Mark Mann reports in this month’s cover story, “Hell and High Water,” our aging infrastructure can’t deal with the volume of rain we’re expecting in the years to come.

Conservation authorities do the unsexy but important work of mapping our flood plains. They let us know where to build, where not to build and which residents are in the danger zones. As the power of rain increases, flood plain maps change, too. This is the wrong time to be reducing investment in the work of experts. Cutting funds to conservation authorities might be politically expedient in the short term but disastrous in the long run. The next big storm is coming. How prepared do we want to be?