As a kid in Regent Park, I was headed for a life of gangs or drugs or worse. My Big Brother saved me

As a kid in Regent Park, I was headed for a life of gangs or drugs or worse. My Big Brother saved me 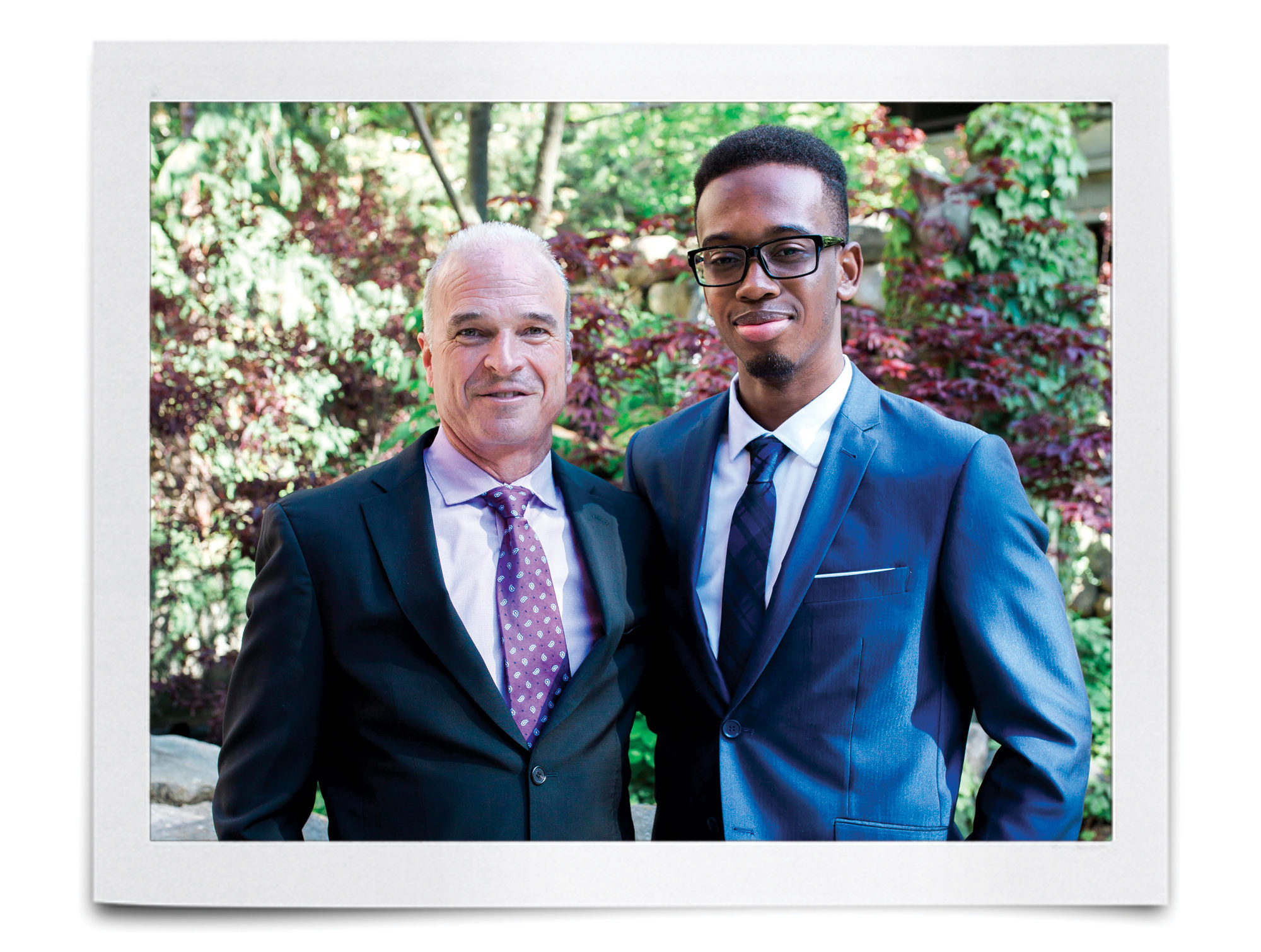 I grew up in Regent Park in the 2000s. My dad left before I was born, so it was just my mom and I. She worked long hours as a nurse, and I was alone a lot. We bounced around between apartment complexes, living wherever we could afford. Some of my earliest memories are of Blevins Place, one of Regent Park’s original high-rises. The building had its own daycare and it was close to my school, but there was garbage in the lobby and a notice above the communal washing machines warning that you might get bedbugs if you used them.

At the time, Regent Park was still a rough area. I knew 11- and 12-year-olds who were already selling drugs. Gunshots woke me up in the night; I’d go back to sleep as if they were nothing. I’d walk to elementary school past people who were shooting up or suffering from mental illness, ranting at the sky or talking to plastic baby dolls. A homeless man’s Rottweiler once bolted from his leash and chased me until my mom threw herself on top of it and held it down. All this seemed normal to me because I didn’t know anything different. And yet I always felt like something bad could happen at any moment.

I was a rambunctious kid, which is a nice way of saying I broke things, talked back to my teachers and got into fights constantly. At six years old, I was in the principal’s office every day. I was falling behind and disrupting the class, so the school put me in special learning programs. My mom tried her best with me, but she was exhausted and frustrated. We were fighting all the time, and I felt like she didn’t want me around.

At the principal’s suggestion, she signed me up for the Big Brothers Big Sisters program, which pairs adult mentors with kids who need them. That’s how I met Pat McNamara, a straight-laced accountant in his 40s who lived south of Regent Park. He volunteered to be my Big Brother. In the early days, I was scared and jumpy around him and rarely smiled or cracked jokes, but Pat kept showing up, bringing Lego or playing cards. I figured he must be all right.

When I was 10, my mom and I moved out of Regent Park to a safer neighbourhood in North York. I lost touch with Pat, and I didn’t expect to see him again. Then, one day, a letter showed up. He’d tracked me down through Big Brothers and wanted to start our visits again. I couldn’t believe he’d made the effort to find me. That’s when I knew he would be a permanent presence in my life.

Pat became a surrogate father to me. I saw my first Leafs game with him, and he bought me a pair of skates and a stick and taught me to play hockey. The rink where we played was in Regent Park, and when we arrived, I realized Blevins Place was only a two-minute walk away. In all my years of growing up there, I didn’t even know there was a rink. That’s how small my world had been. 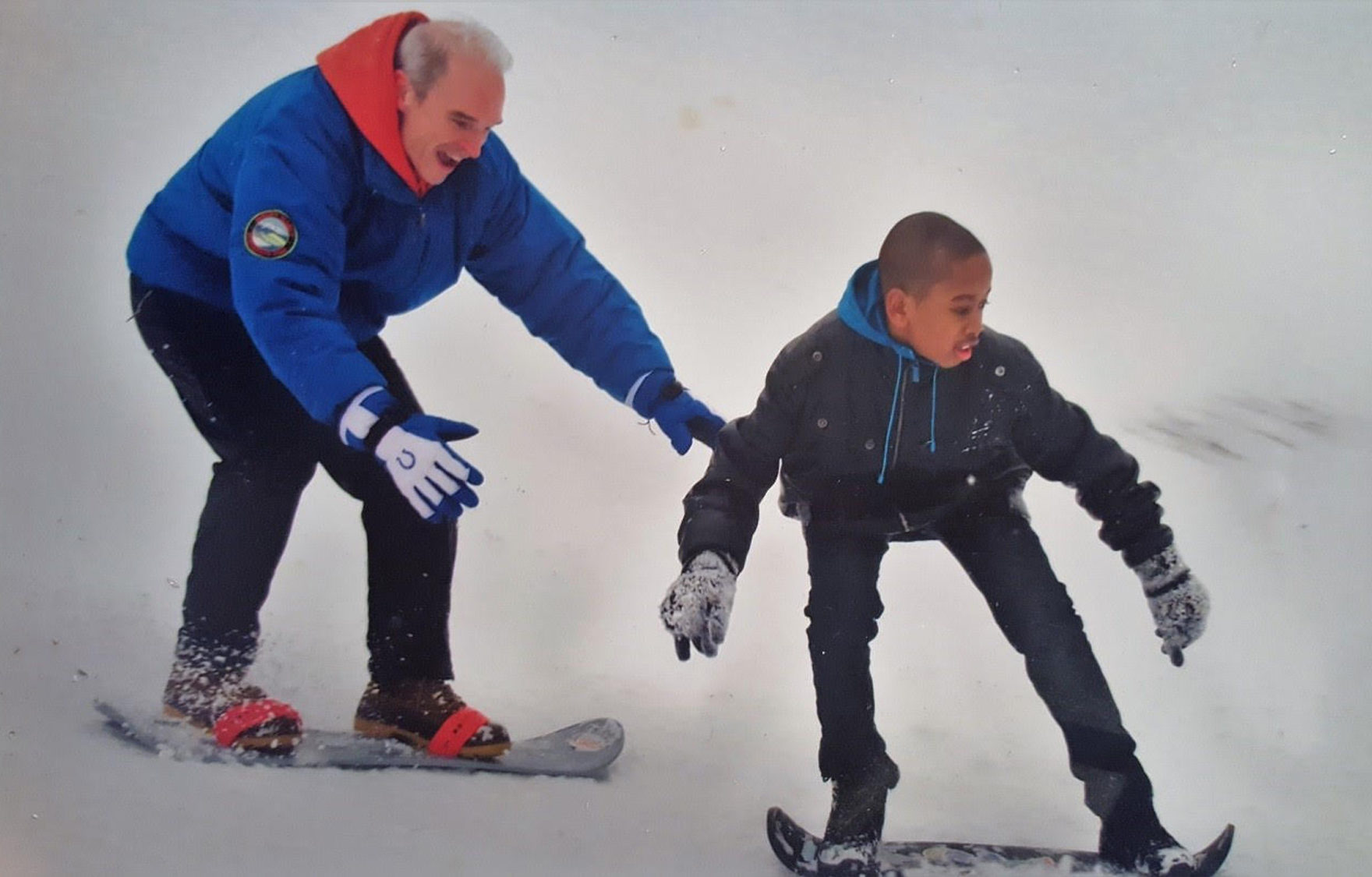 Pat was my greatest defender, helping me communicate with teachers and my mom. He was generous and funny and a genius-level geek who could rattle off a physics formula while helping me with homework. He used to say, “Always know a little bit about everything,” and it’s because of him that I became interested in science and music; he gave me a keyboard that I still use. I made it all the way to Grade 6 without learning to swim, then Pat encouraged me to try it. At the age of 12, I learned to dog-paddle alongside five- and six-year-olds. More than anything, I wanted to be as smart as Pat, and I turned into a focused and driven student. English had always been my best subject, and by Grade 6, I was reading at a Grade 12 level. In Grade 11, I took a first-year sociology class at the University of Toronto.

I’m now 20 and in my third year of studying neuroscience at U of T. I wrote the MCAT this past summer, and I’ll apply to medical schools next year. I still live with my mom in North York, and we’ve become best friends. She texts me during the day to see if I’m okay, and she’s proud of my accomplishments. My embarrassing beginner swimming lessons turned into a gig lifeguarding and teaching other kids to swim, which helps me pay for my tuition. I also volunteer at the Toronto Rehabilitation Institute, where I spend time with people recovering from strokes, and I’m a trainer for a dragon boat team at U of T. My friends don’t believe me when I tell them I used to get into trouble. They tease me about being the responsible dad of the group. Maybe I’ve been hanging out with Pat for too long.

Pat’s Big Brothers mentorship technically ended when I was 18, and he could have faded from my life if he’d wanted to. But he didn’t. I still have dinner with him and his family and visit his cottage in the summer. I bring him to hang out with my friends, who think he’s cooler than me because he gets all the pop-culture references I don’t. We’re family.

There’s a picture of me and Pat standing in front of the empty lot where my Regent Park public school used to be, shortly after it was demolished in 2015. It’s wild to think about how much the neighbourhood has changed—how much I’ve changed. 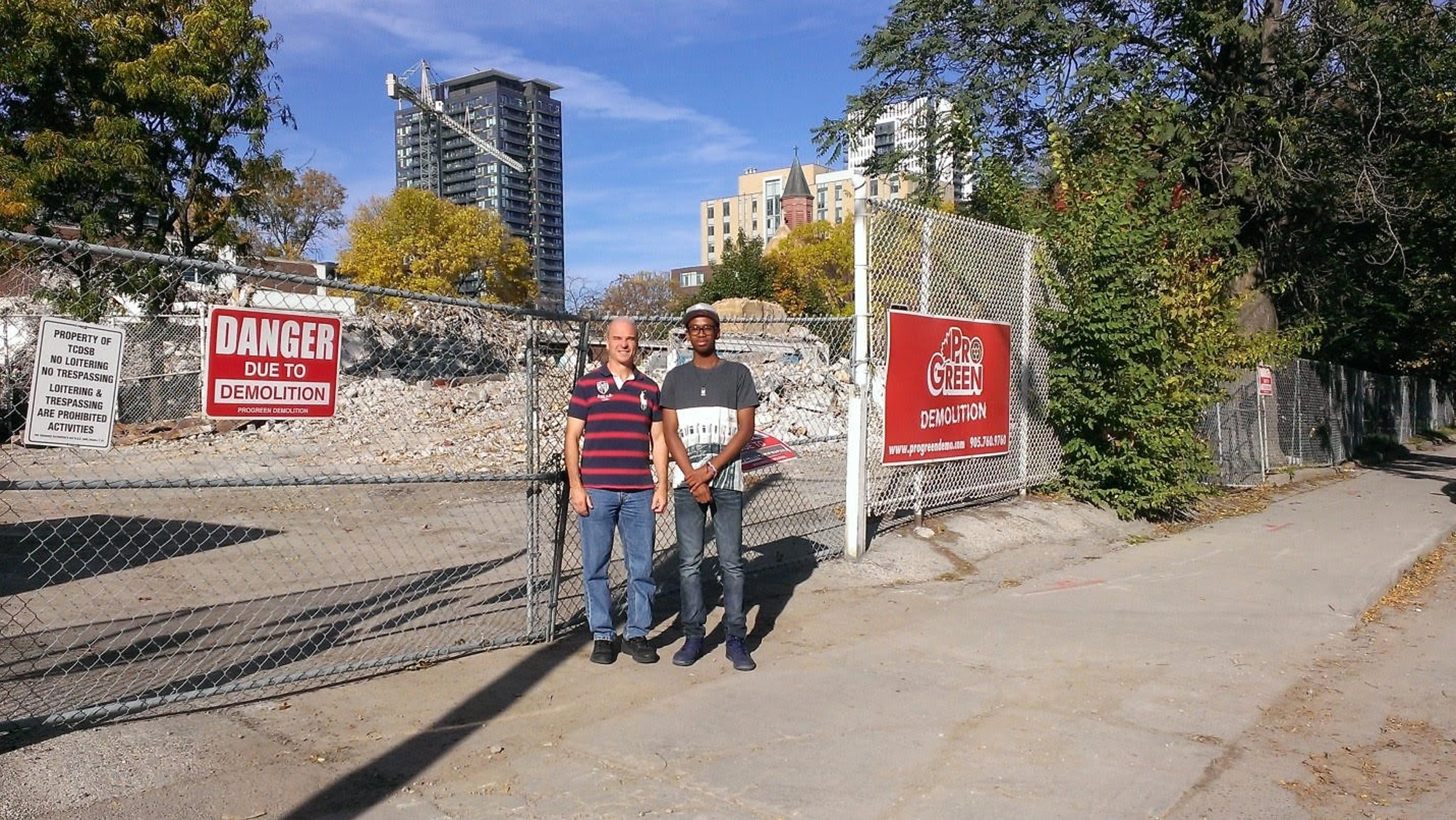