The comedy club has nurtured some of Canada’s most famous performers, including Catherine O’Hara, Eugene Levy and Colin Mochrie 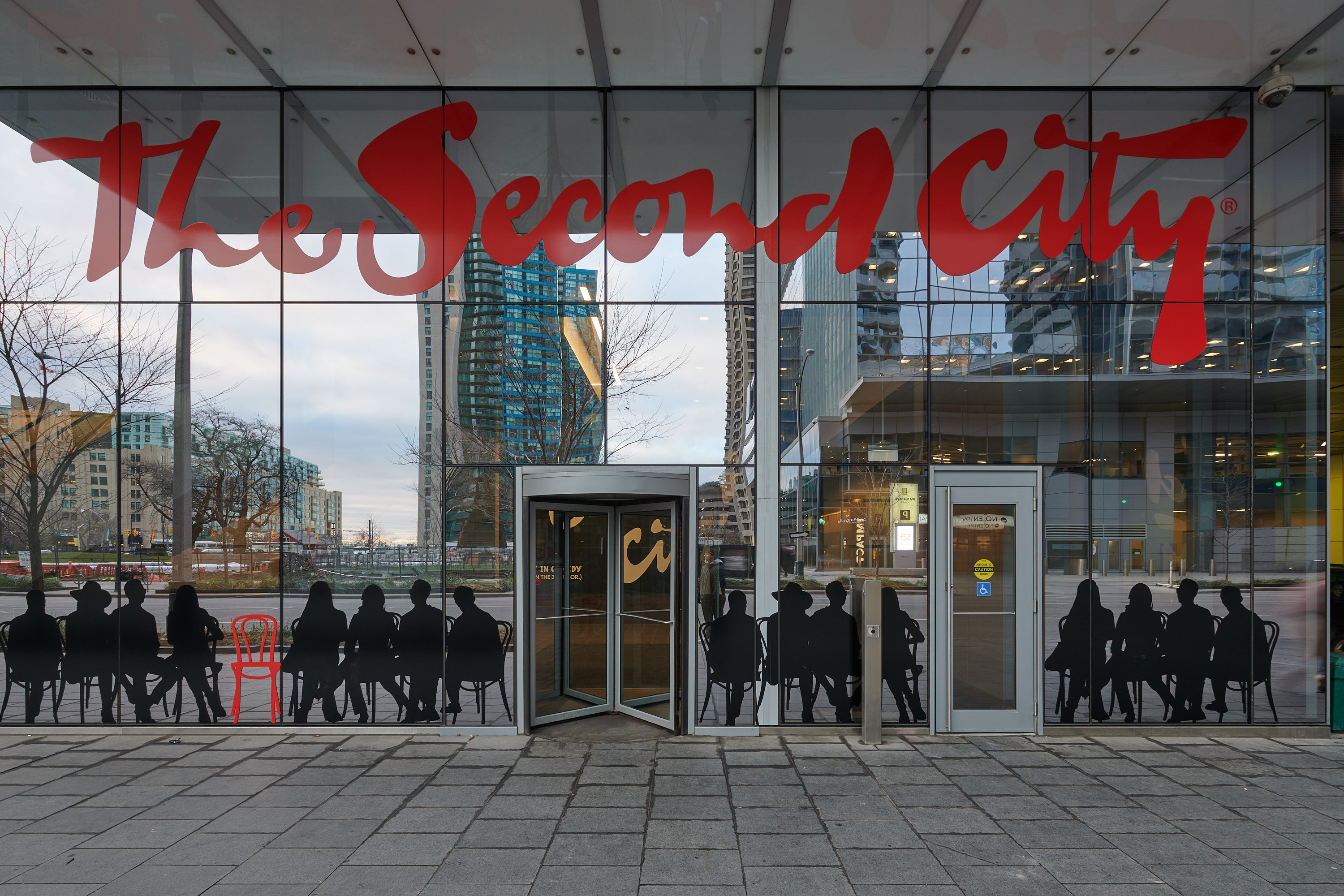 The Second City, Toronto’s iconic improv and sketch comedy club, has a new trendy location at One York Street. Founded in Chicago in 1959, The Second City borrowed its name from a snarky reference to Chicago as second to New York. Since opening its Toronto location almost 50 years ago, it’s been a launch pad for some of Canada’s biggest names—including Catherine O’Hara, Eugene Levy and Colin Mochrie.

One York Street is The Second City’s fourth home in Toronto. (If you included its very first 1973 space on Adelaide Street, it would be five—but, because that location had no air conditioning, no liquor licence, and almost no audience, nobody does.) The club’s most beloved past location was the Old Fire Hall, a repurposed 19th-century firehouse on Lombard Street. But this new one—a sprawling 28,700-square-foot complex—is the largest space Second City Toronto has ever had. “I always say, fourth time’s a charm,” says Carly Heffernan, the club’s creative director.

We got a sneak peek before the big opening on December 1. 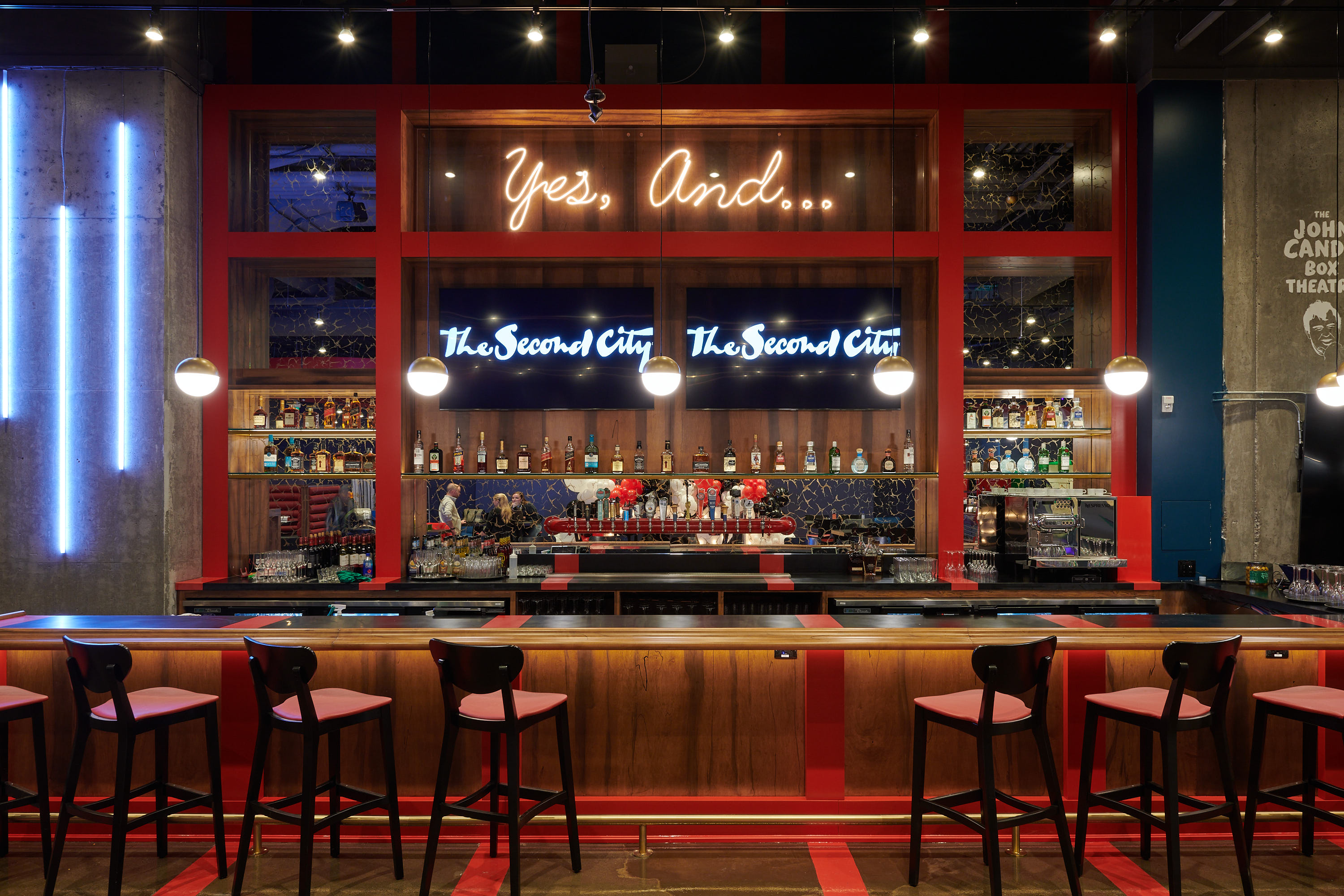 Through the revolving doors is a cheeky sign informing visitors that, while The Second City is first in comedy, the club’s space is on the third floor. Once visitors get there, the sleek, monochromatic feel of One York Street gives way to marquee-style neon lighting. Past the box office is a massive open-concept space that houses three bars and a full-service Oliver and Bonacini restaurant. Didn’t arrive early enough? Don’t worry, you can get full service from the theatres too.

Among the modern touches are subtle nods to The Second City’s legacy in Toronto. The sign above the booths in the restaurant and bar area originally hung at the old Mercer Street location. And the Student Bar, outside the theatre where students perform, prominently features improv’s most emblematic catchphrase: “Yes, and…”

While members liked the Mercer location, it lacked a gathering space where people could connect before and after shows. This time, the lobby bar is designed to encourage more mingling for comics and patrons alike. “Whether you’re in a class or you’ve just seen a show and you sat beside someone you have so much in common with, now you can go out into that communal space and really gather, which is amazing,” says Heffernan. 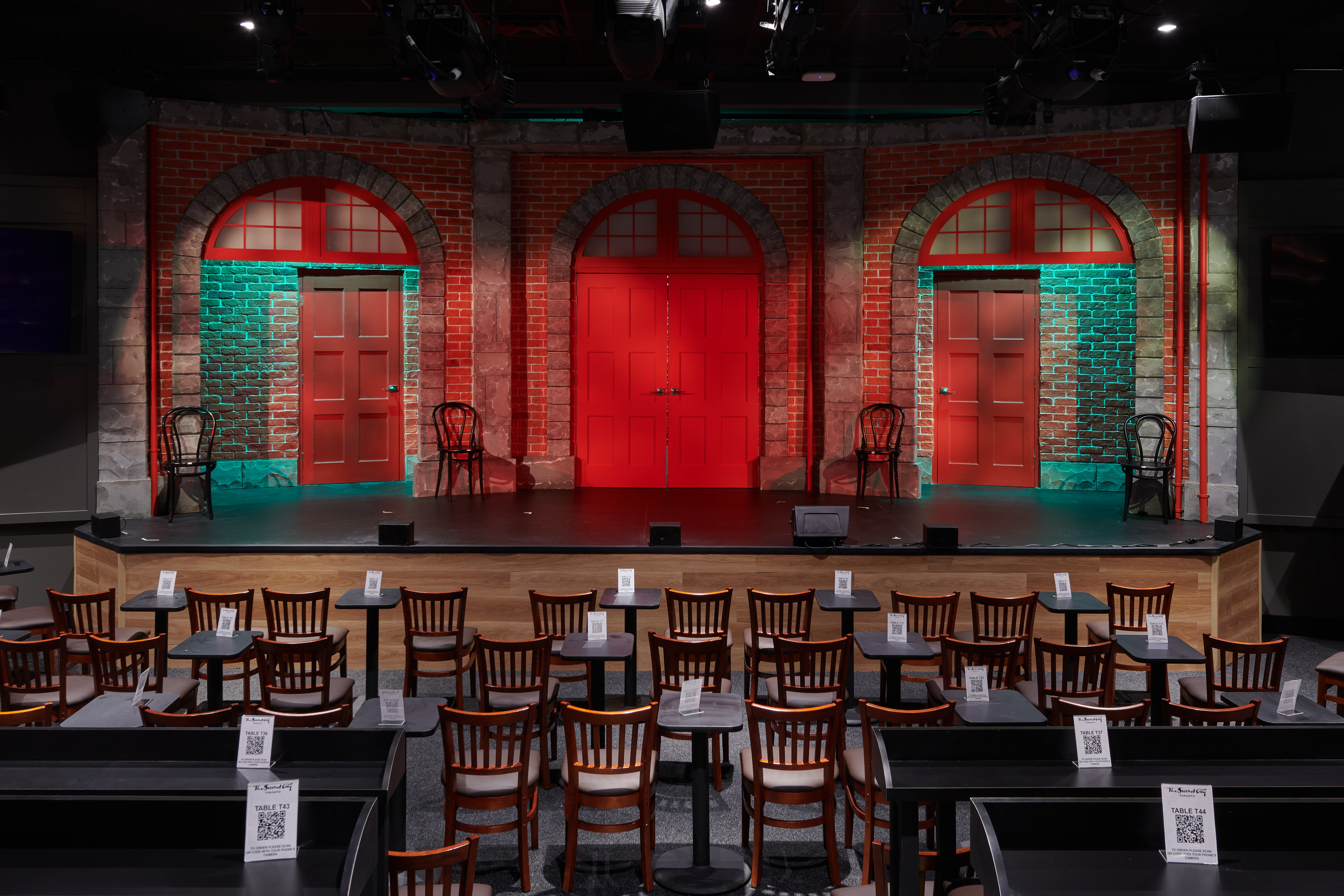 Theatre 73, the smaller of The Second City’s two new professional stages, seats 170 people. This makes it a bit more intimate than the larger Main Stage theatre, but both feature cabaret-style seating. The faux-brick backdrop and red doors are designed to evoke the exterior walls of the Old Fire Hall theatre. Over the holidays, Theatre 73 will be home to “Jingle Bell Ruckus”, a two-hour satirical improv show. The name, Theatre 73, is a tribute to the year The Second City’s first Toronto location was established. And, for anyone who’s not quick with math, that means next year is the club’s 50th anniversary in the city. 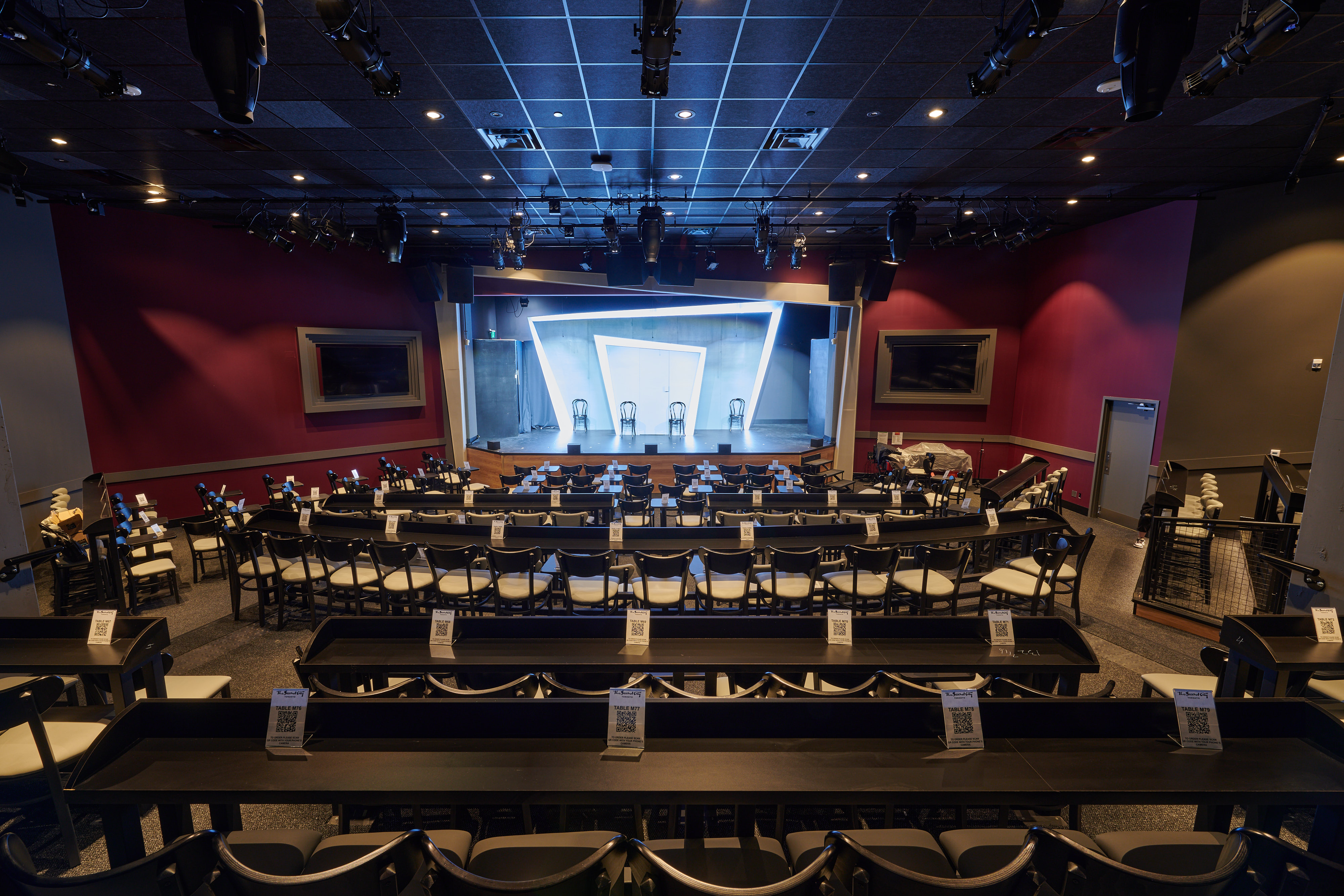 Past Theatre 73 is the Second City Main Stage, which can host 244 patrons. It’s also where the new venue was publicly christened by one of The Second City’s four holiday shows, Home Sweet New Home. 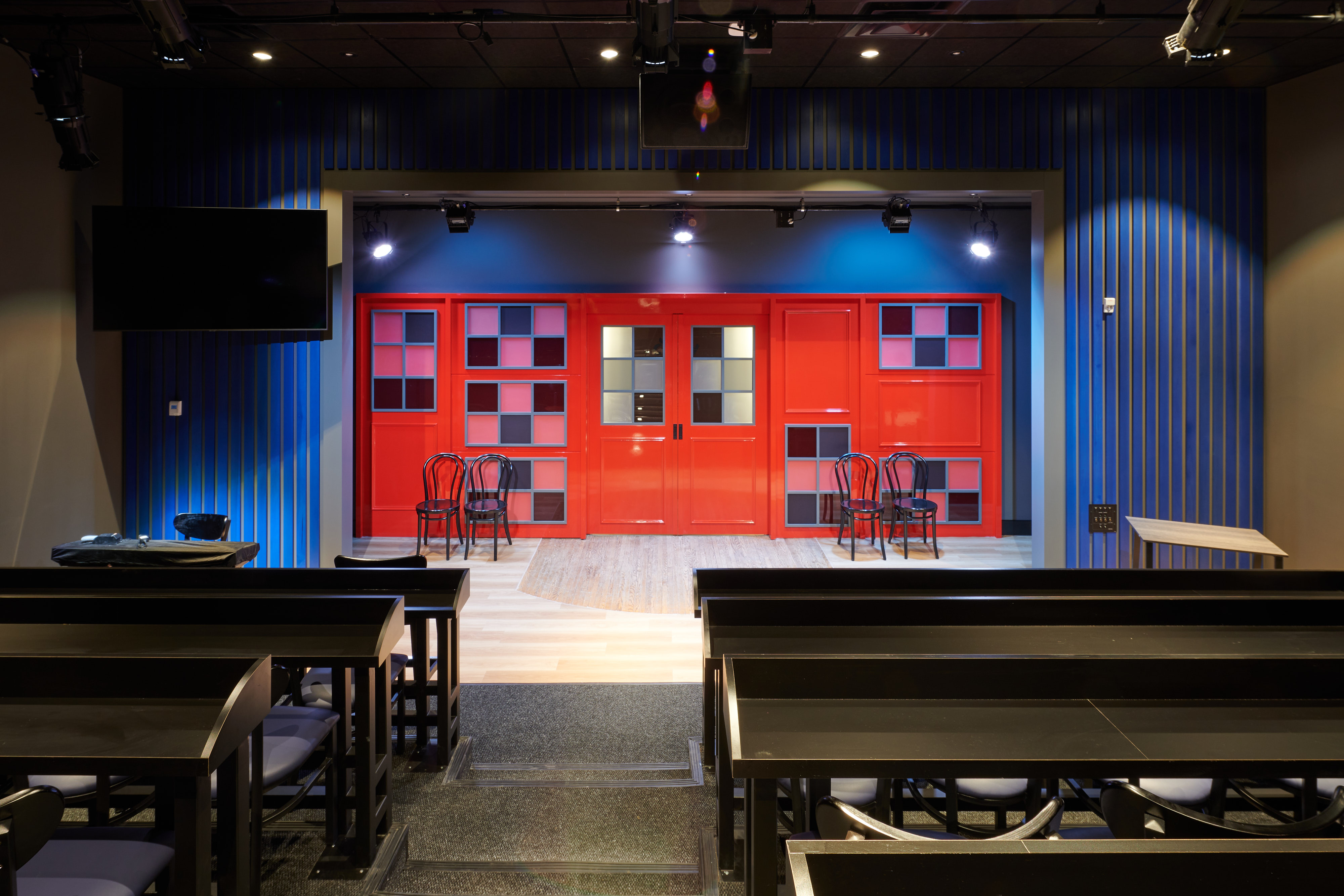 The John Candy Box Studio theatre, which is reserved for student performances, may be the smallest space, but it has the biggest draw for comedy nerds. A section of the wooden stage was taken directly from the Old Fire Hall theatre and rebuilt board-by-board, which means that students can walk the same stage as comedy greats like Gilda Radner, Mike Myers and Eugene Levy.

To the left of the main bar area are floor-to-ceiling glass windows looking out on Love Park and the waterfront. “Honestly, just that view is worth the price of admission,” says Heffernan. And, on the way out, visitors pass by a small gift shop with T-shirts and other merch for anyone who needs more yes-and-ing in their life. 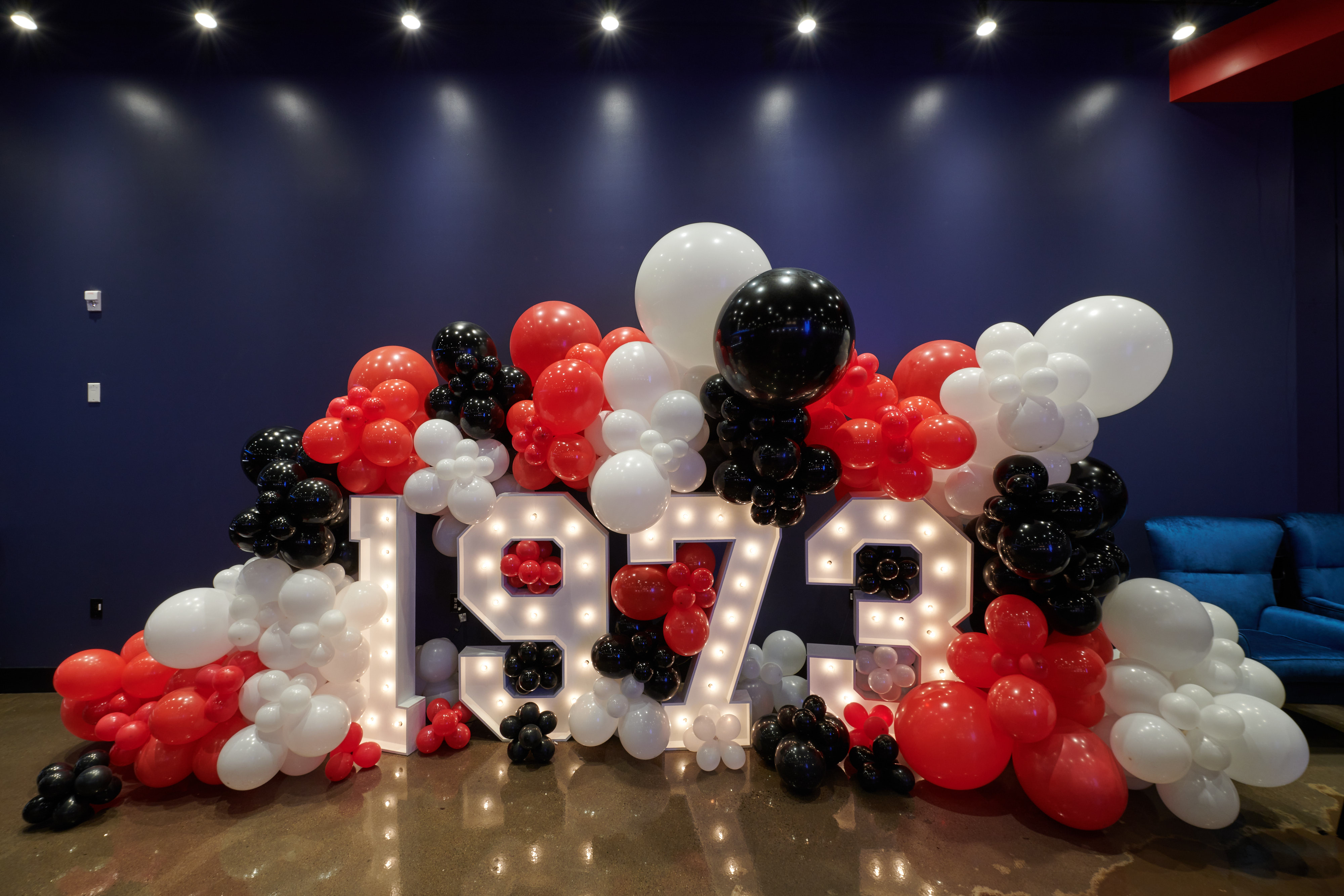